Legendary for being the first man to reach the North Pole solo, Naomi Uemura (1941-1984) was an explorer who notched up several expeditionary feats before disappearing in 1984. Amongst his achievements was a solo, sled-dog run from Greenland to Alaska in 1976 – a two-year, 12,500 km journey – in preparation for climbing Vinson Massif, Antarctica’s highest peak. It was on this trip that Uemura wore a Seiko ref. 6105, the “turtle” diver launched in 1970 that has since become one of Seiko’s best known dive watches thanks to the distinctive case shape.

Uemura disappeared in winter 1984 whilst descending the Denali – after successfully reaching the peak – never to be seen again. February 2020 would be his 80th birthday had he lived. To commemorate his life, Seiko has introduced the Prospex The 1970’s Diver’s Modern Re-interpretation modelled on the ref. 6105 worn by Uemura and available in two variants, the limited-edition SLA049 and the regular-production SLA051. 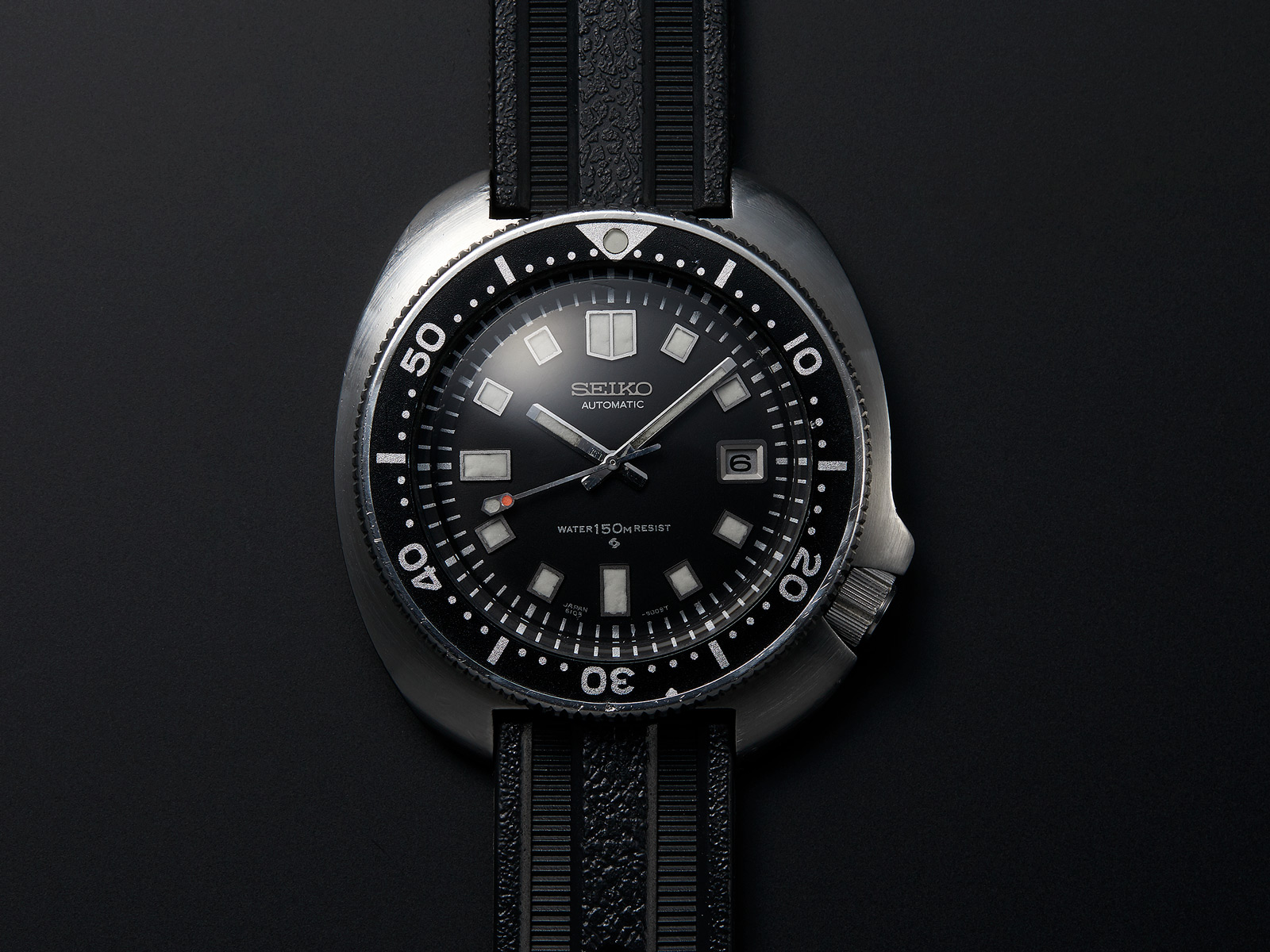 Seiko loves limited editions – a trio of Prospex models for its 140th anniversary was just announced – and the limited editions are often facelifts of existing models. To an extent, that remains true. The new SLA049 looks very similar to the SPB183 – nicknamed the “Captain Willard” by enthusiasts after the character who wore on in Apocalypse Now – that was released late last year. Like the SLA049, the SPB183 was a limited edition inspired by the ref. 6105.

However, there are several crucial differences. The new SLA049 has a blue dial textured to resemble the mountainous terrain that defined Uemura’s career. More importantly, the SLA049 is powered by Seiko’s top-of-the-line 8L35 calibre, whereas the earlier 6105 re-issues were powered by the 6R35. Lastly, the date window has been moved from its conventional three o’clock position to between four and five o’clock – a change that will no doubt be controversial. 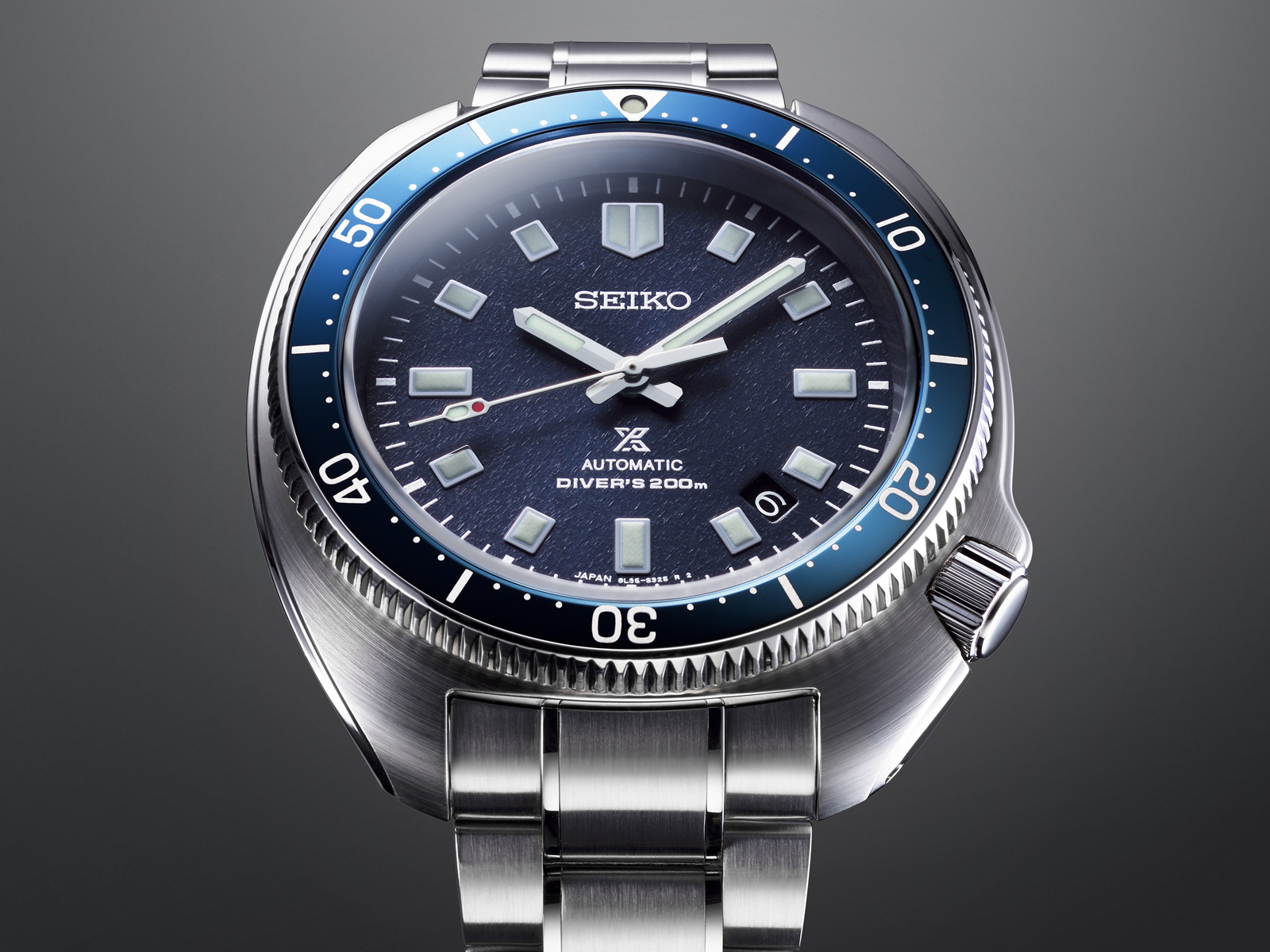 Nevertheless, I do genuinely enjoy the story behind the SLA049. I’d never heard of Uemura before the launch of this watch, but now I am in awe of what he achieved in his short lifetime.

And while Seiko is often lambasted for releasing many limited editions that are too similar, this is one that makes a lot of sense. This resonates more with me, and I am sure with many others as well, simply because Uemura was a real-life hero. The SPB183 “Captain Willard”, on the other hand, was inspired by a fictional character.

That being said, the greatest sticking point for most would be the high price. With a retailer price of US$3,100, the SLA049 is twice as expensive as the similar-looking SPB183. The price still puts it within the ballpark for watches powered by the 8L35, which makes the price fair for the movement but high relative to the design.

The line-up also includes the standard-production SLA051 that has a slightly lower price of US$2,900. It’s cheaper but not by much, so but unless you’re specifically after its monochromatic look, the limited-edition SLA049 makes way more sense. 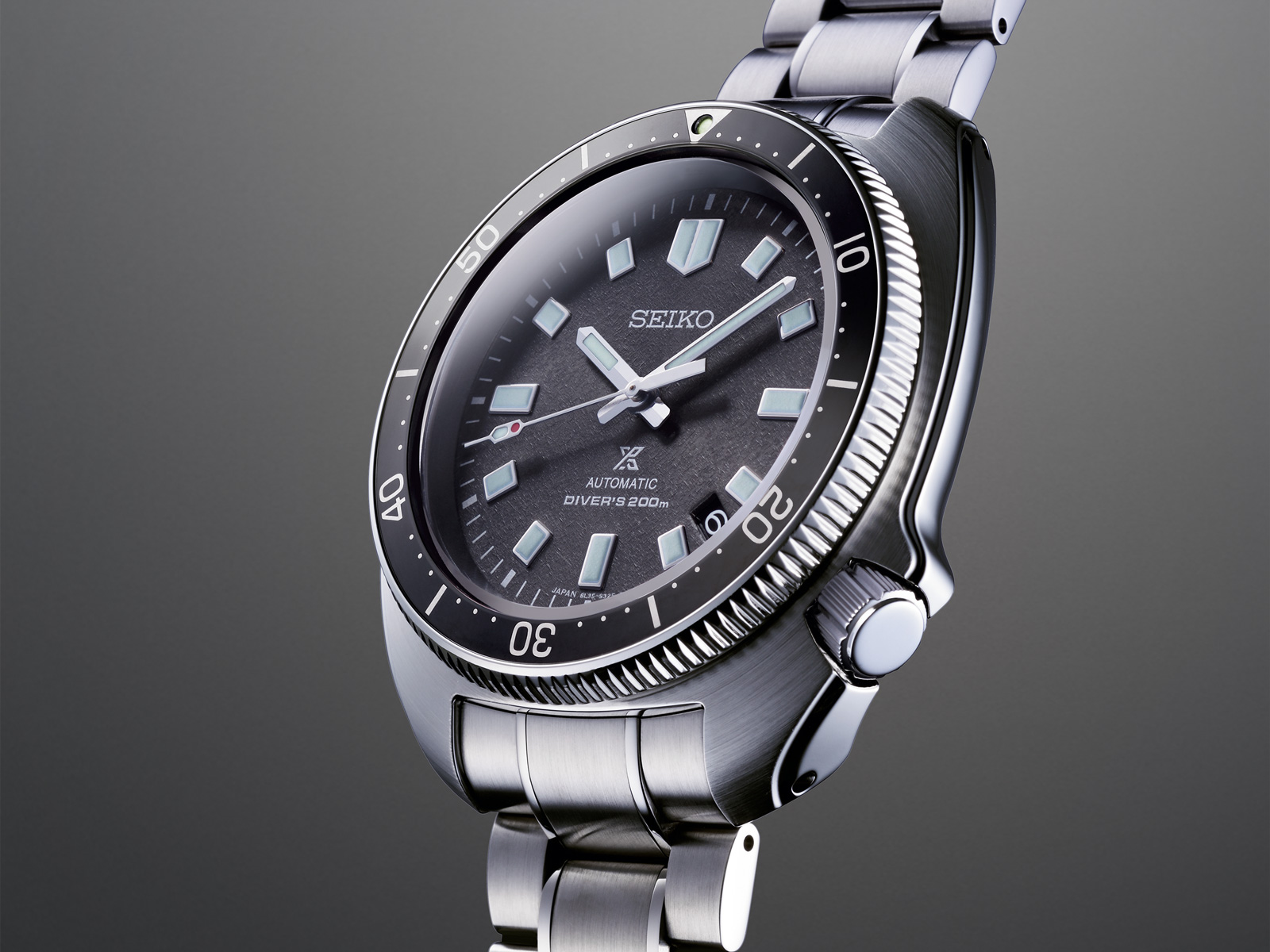 Although inspired by the 1970s original, the SLA049 is contemporary in its execution. Its dial is finished with a granular texture evocative of the landscapes that were no doubt familiar to Uemura. The date window is now wedged between the four and five o’clock markers, likely done to satisfy the revised ISO standards for a diver’s watch that require luminous plots for all hour markers. The rest of the dial remains virtually identical to that of the limited-edition SPB183 “Captain Willard”. 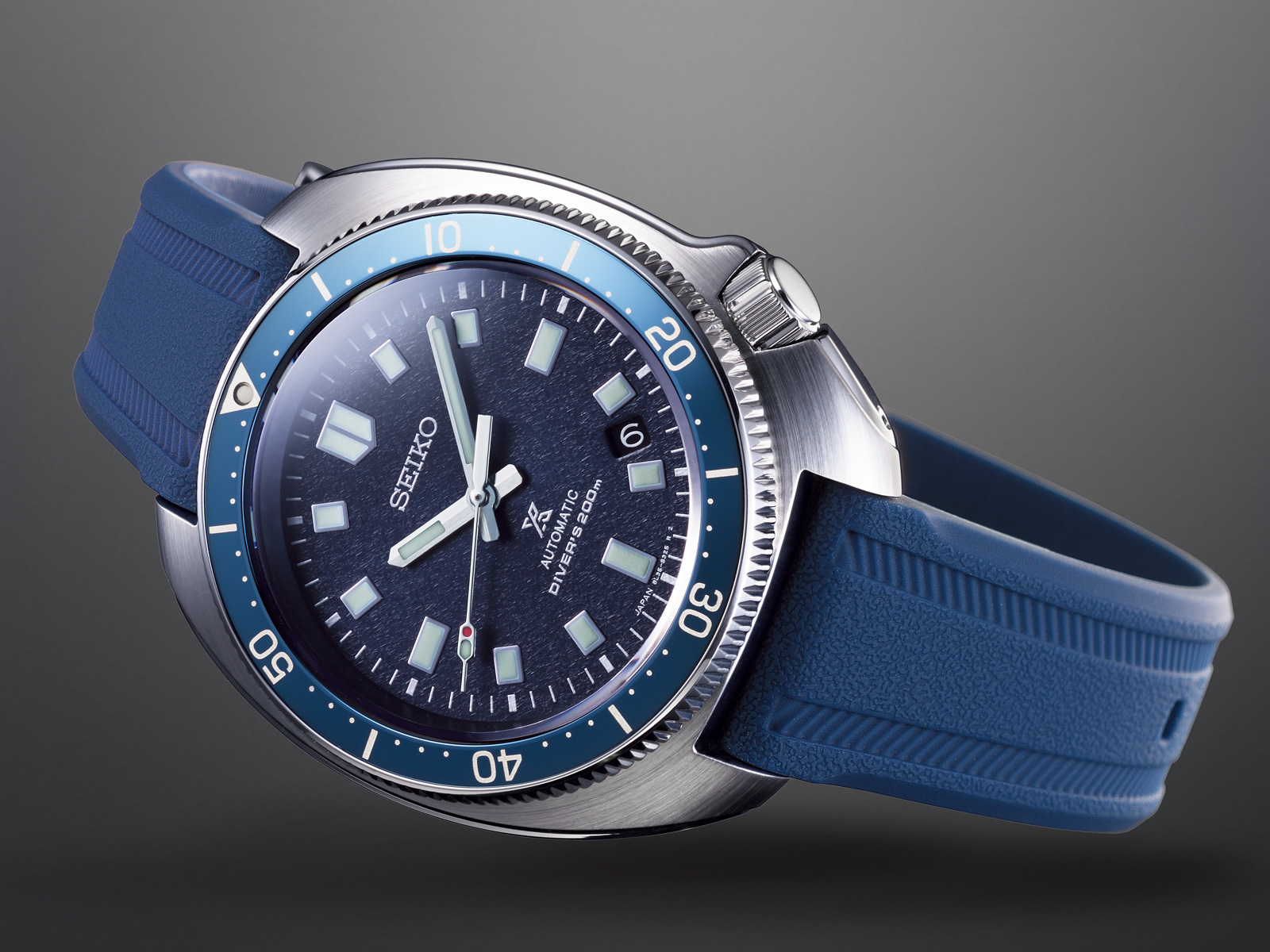 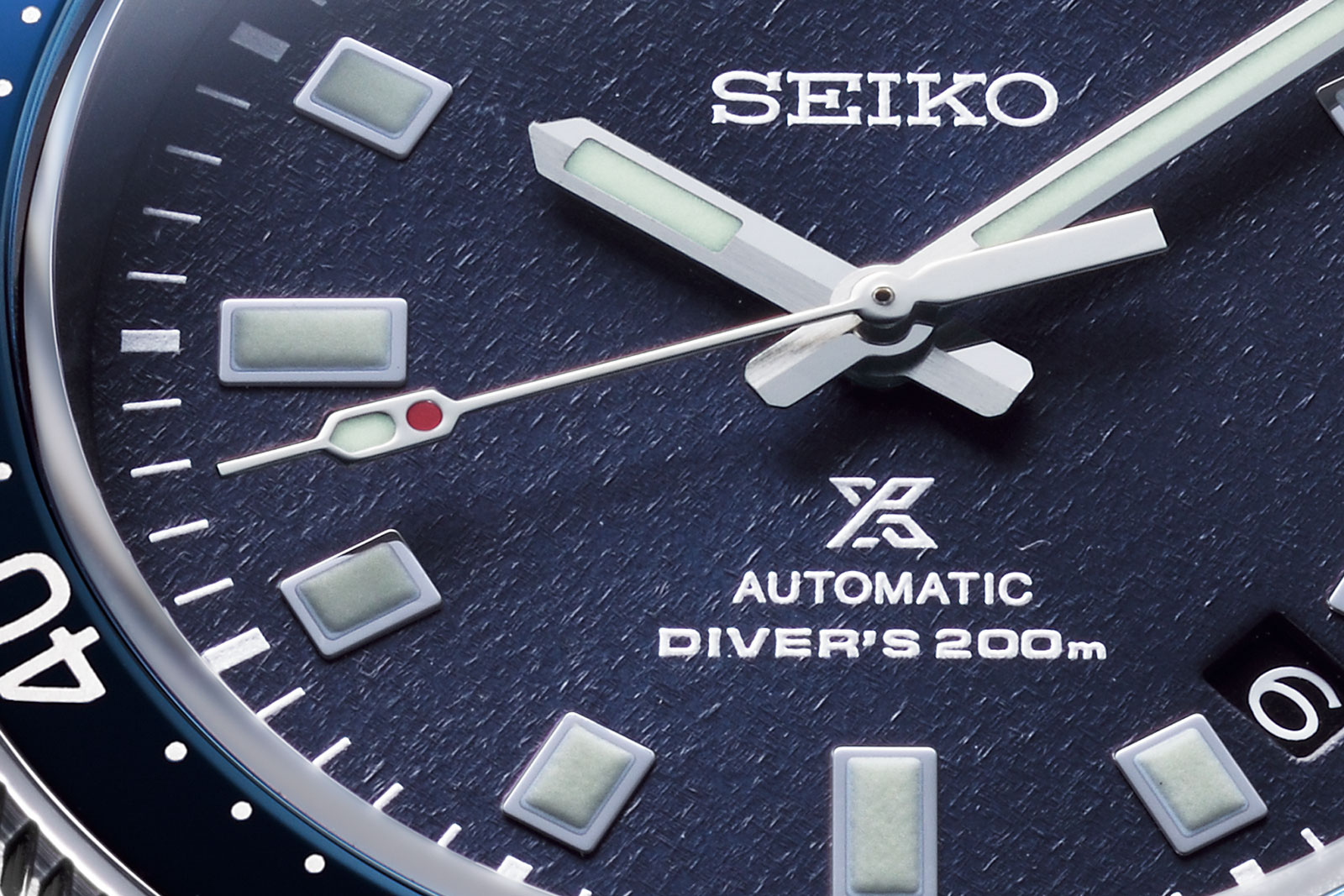 The standard-production SLA051 shares the same granular dial texture, but in charcoal grey, giving it a greater resemblance to the vintage ref. 6105. 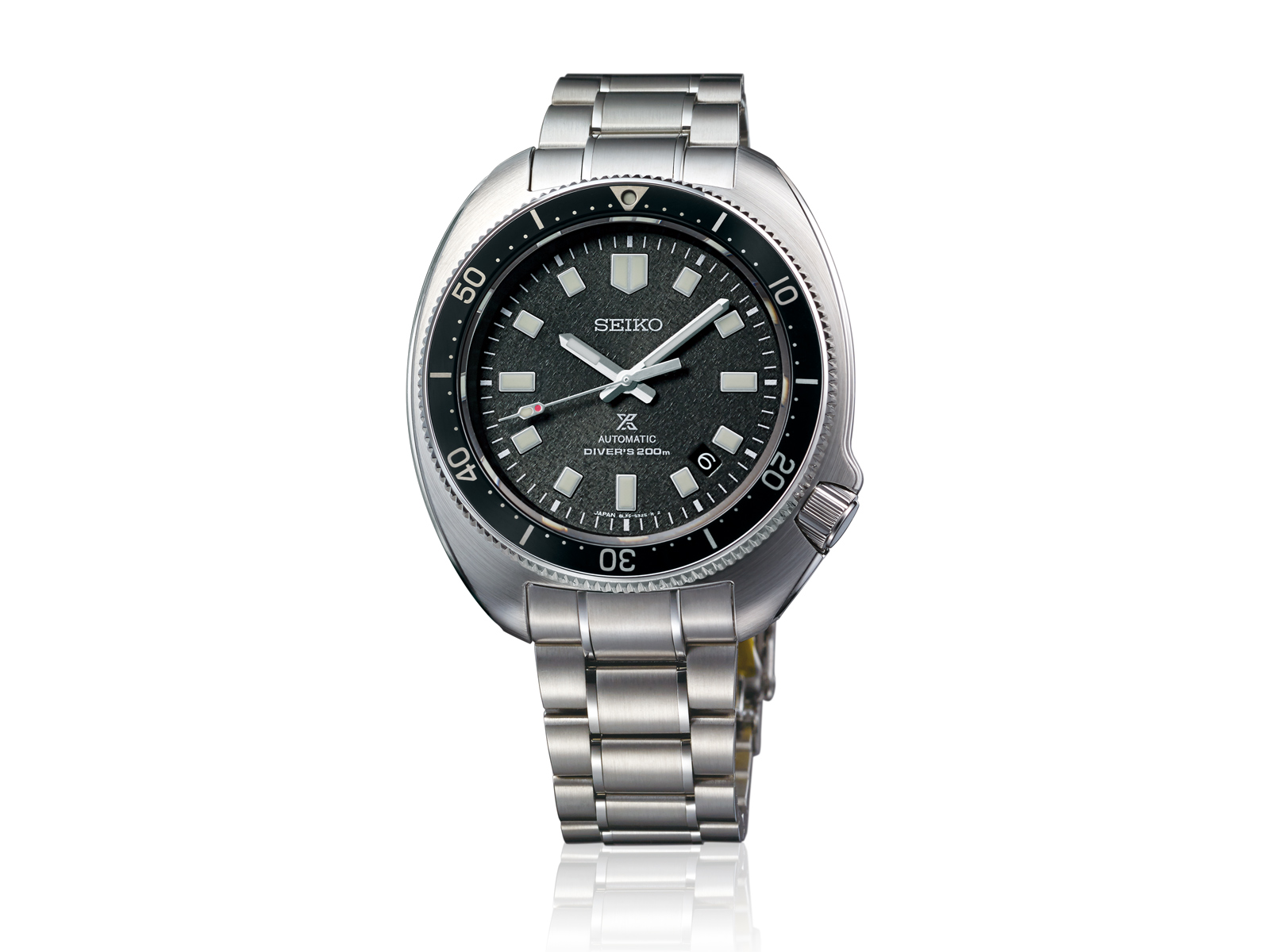 Both the SLA049 and SLA051 use the same “turtle” case characterised by a cushion shape and a bulge at five o’clock for the crown guards. The cases have a satin-brushed finish, with polished lines running along the flanks. 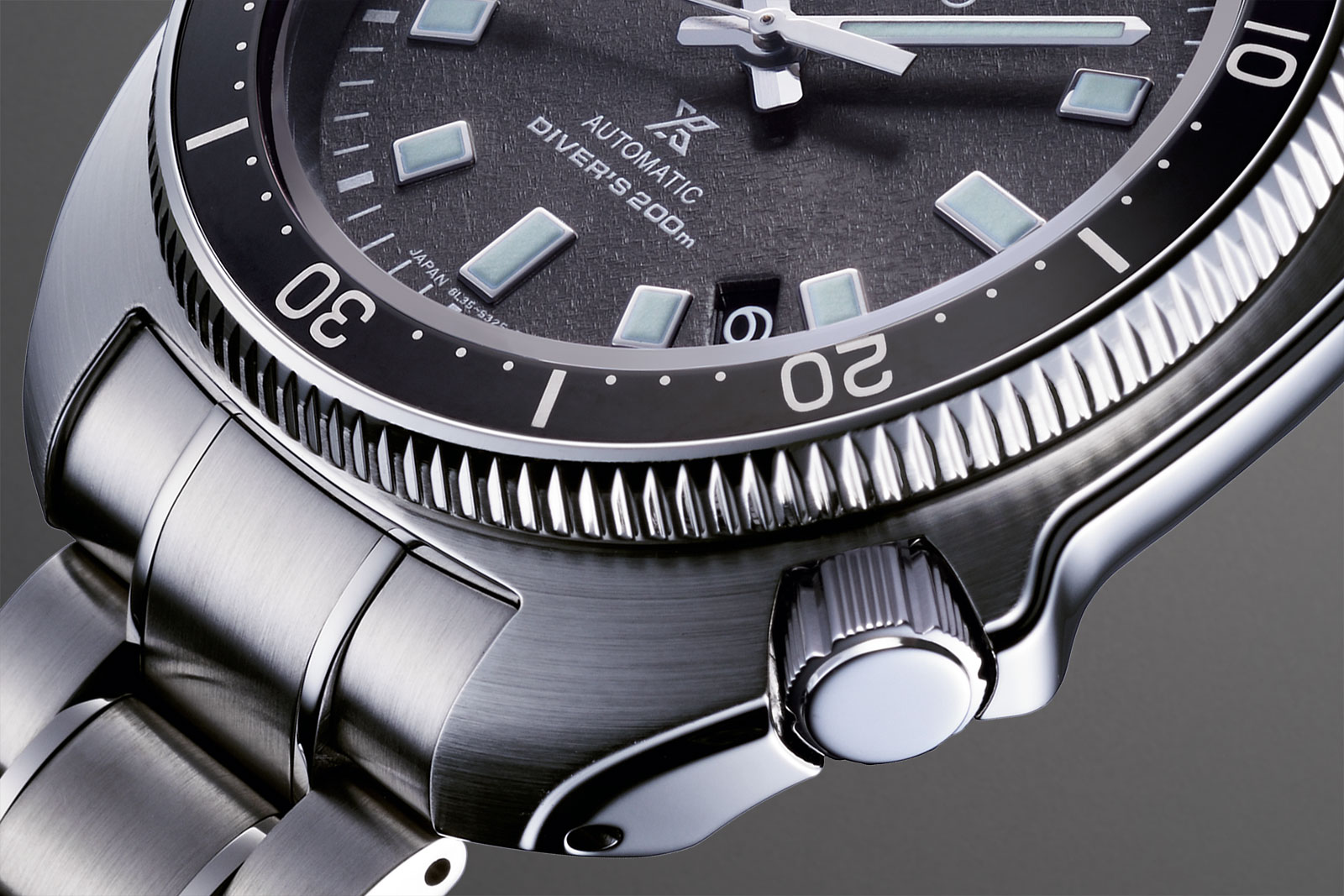 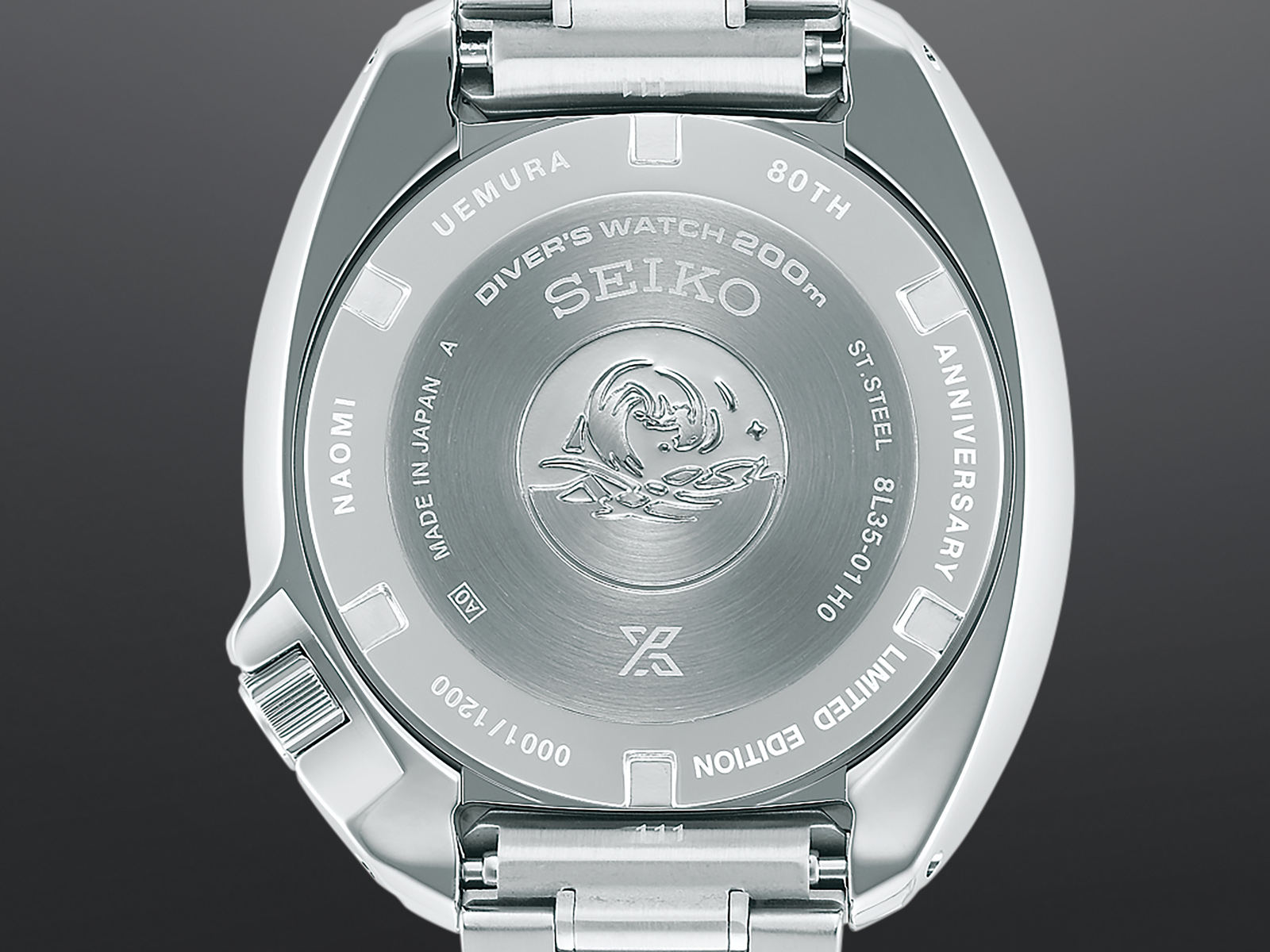 The movement is the 8L35, essentially a simpler version of the Grand Seiko 9S55. The movement beats at 28,800 vibrations per hour, and has a 50-hour power reserve.

Strap: Steel bracelet, with an additional silicone strap for the SLA049 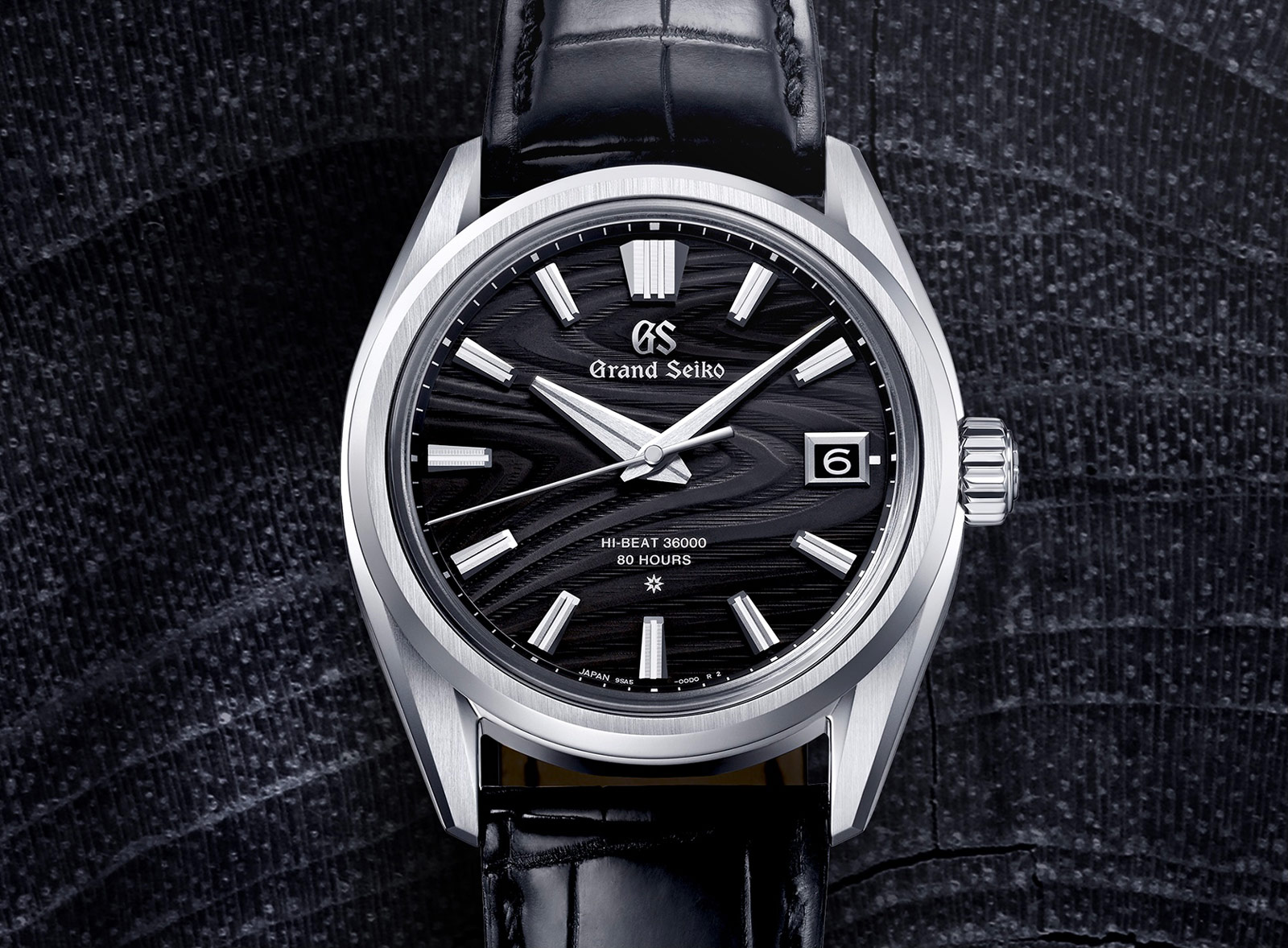 Twenty twenty-one is a celebratory year for Seiko, which marks its 140th anniversary. Amongst the slew of watches launched for the occasion is the posh but stealth Grand Seiko Heritage Collection Seiko 140th Anniversary (SLGH007).

Cased in platinum and equipped with new 9SA5 movement, this is one of two platinum watches commissioned for the occasion, but unlike the Masterpiece Spring Drive 8 Days that’s extravagantly set with diamonds and garnets, the SLGH007 is discreet, and even slightly intriguing with its tree ring-patterned dial. 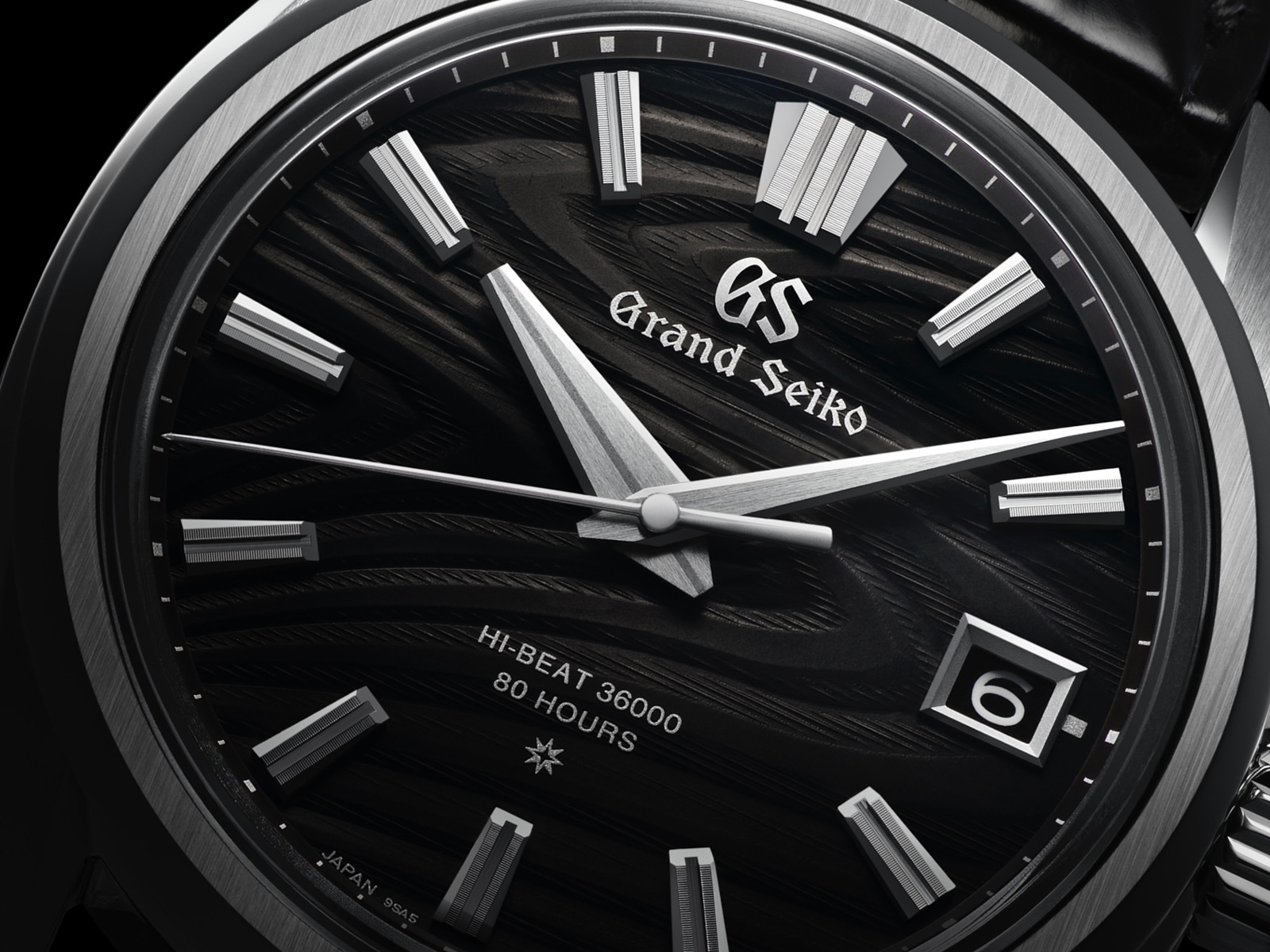 Translating local flora and fauna into dial designs is a Grand Seiko specialty – which it named “The Nature of Time” – typically in the form of a stamped, patterned dial inspired by nature around its factories.

But despite being one of many inspired by similar themes, the SLGH007 manages to stand out. The pronounced grain on the dial is not only new, but also diverges from the usual styling. Most patterned Grand Seiko dials rely on repeating patterns on a smaller scale, while the tree-ring dial has large, obvious figuring that forms a distinct landscape.

And its charcoal-black finish makes it even more special – standing in contrast to the brighter colours Grand Seiko now favours – especially when matched with the platinum case. The result is a watch that’s low-key but stylish, and reminds me of the similarly-dressed Lange 1 “Darth”. 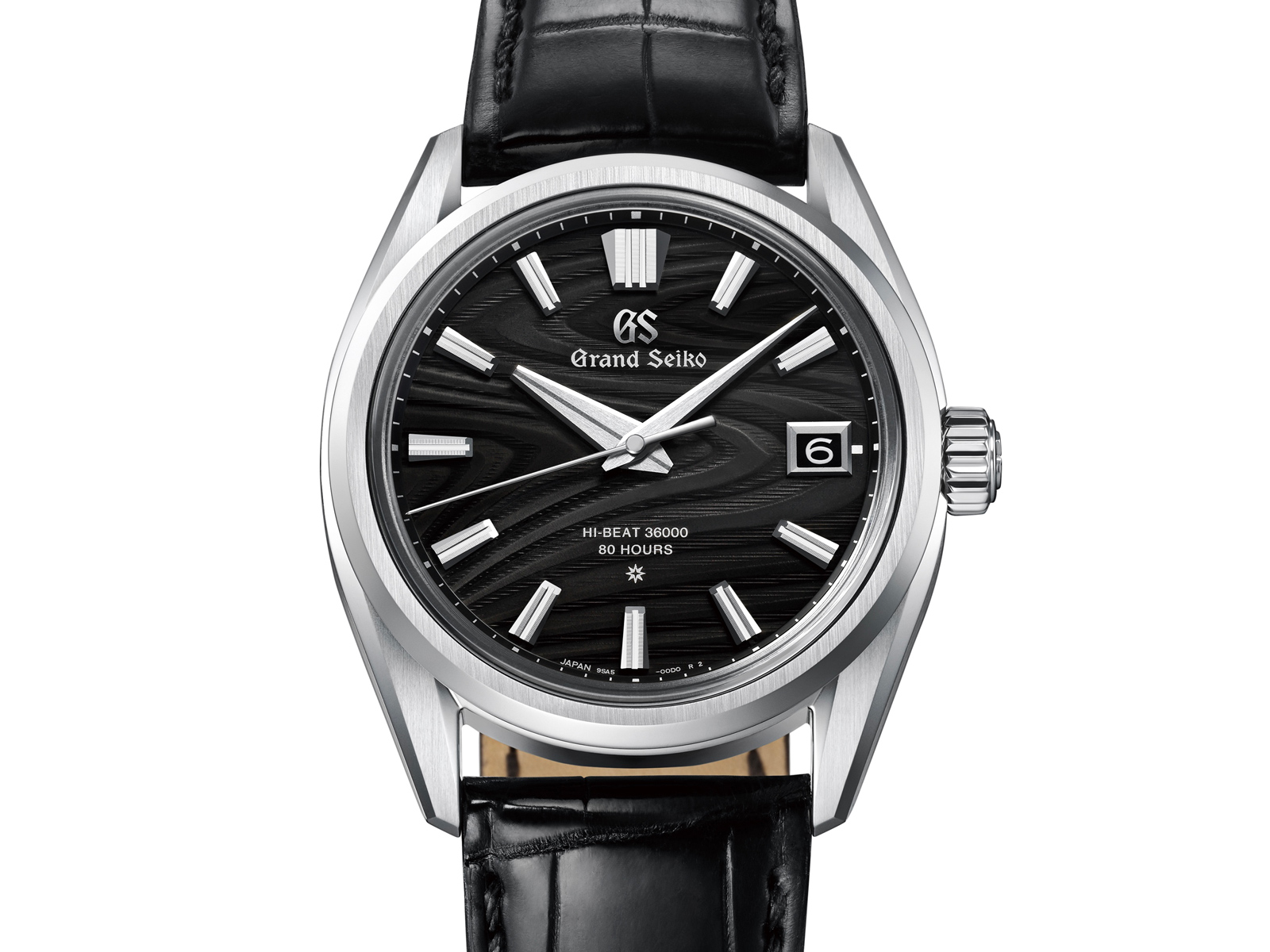 The SLGH007 also has solid mechanics: it’s the fourth Grand Seiko to use the 9SA5, the high-frequency movement introduced last year. Upgraded in all aspects compared to the earlier generation of movements – most notably with a patented Dual Impulse escapement that enhances energy transmission – the 9SA5 promises better timekeeping stability with a longer power reserve. But this has the same version of the 9SA5 found in the more affordable versions of the watch.

Which brings us to the price. The SLGH007 is as desirable as it expensive – the price is a hefty US$59,000. Not only does it evoke the Lange 1 “Darth”, the SLGH007 actually costs a little more than the current Lange 1 in platinum.

That’s a lot, and probably a little too much, by most measures. The premium for the platinum case is substantial, almost seven times the SLGH005, which is the steel model with the same movement. And it’s 20% more expensive than the platinum Eichi II that has a movement finished to a much higher standard by the venerable Micro Artist Studio.

During the virtual launch of the brand’s 2021 line up, its spokesperson revealed the motivation behind the dial design of the SLGH007, one of the Grand Seiko’s more original and compelling backstories. The watch also illustrates the brand’s advancement, although the other, more affordable Hi-Beat SLGH models share many of the same qualities. The hands and markers, for example, are wide but finished with nuanced details that improve legibility and aesthetics.

And the 9SA5 now boasts an adjustable-mass balance secured by a full bridge that promises better timekeeping and shock resistance, though it’s a missed opportunity because this is regulated to the conventional Grand Seiko timing standards rather than more stringent criteria.

Add to that the Dual Impulse escapement and twin barrels give it a power reserve of 80 hours, up from the 55 hours of the previous generation, the feature that’s perhaps most useful to the buyer. 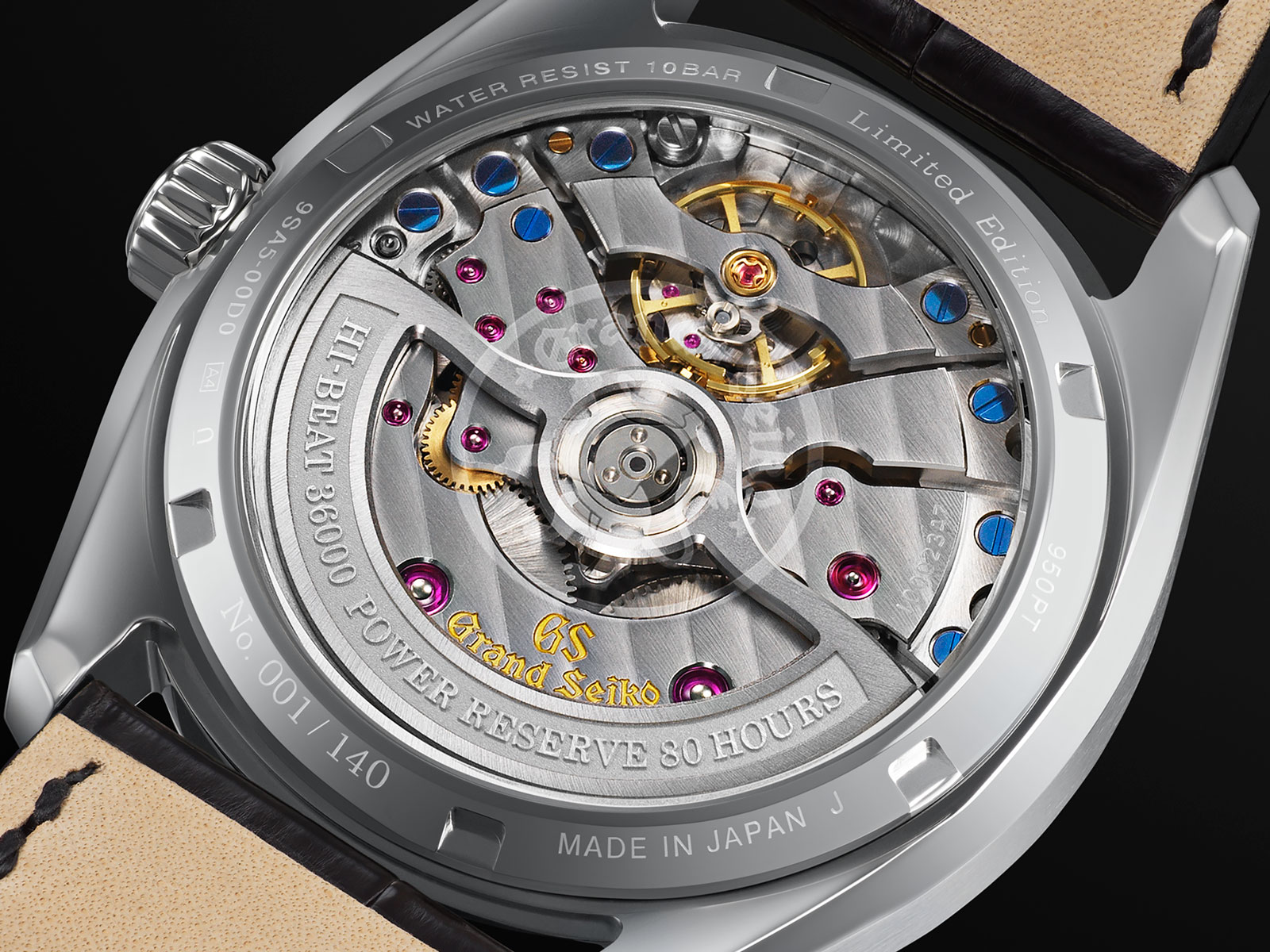 Correction February 26, 2021: Twenty twenty-one marks the 140th anniversary of Seiko, and not 2020 as stated in an earlier version of the article. An annual event organised by F.P. Journe, the Young Talent Competition (YTC) represents the watchmaker’s efforts in identifying and nurturing the best watchmakers of tomorrow. Open to watchmakers aged between 18 and 30, and either graduates of watchmaking school or self taught.

According to F.P. Journe, participants “must have independently designed and created a timepiece and/or technical construction”. The winner will be selected by a jury “based on technical achievement, the search for complexity in their realisation, the quality of craftsmanship as well as their sense of design and aesthetics.” Last year’s winner was a young Japanese watchmaker who presented an unusual pocket watch of his own reaction. The 2020 winner, Norifumi Seki of Japan

The prize is a grant of CHF20,000 sponsored by Singapore retailer The Hour Glass, and a certificate signed by members of the jury, which will be comprised of industry notables. The 2019 contest, for instance, was judged by a panel that included independent watchmakers Philippe Dufour and Andreas Strehler.

Any watchmaker who wants to submit an entry can do so online on fpjourne.com.