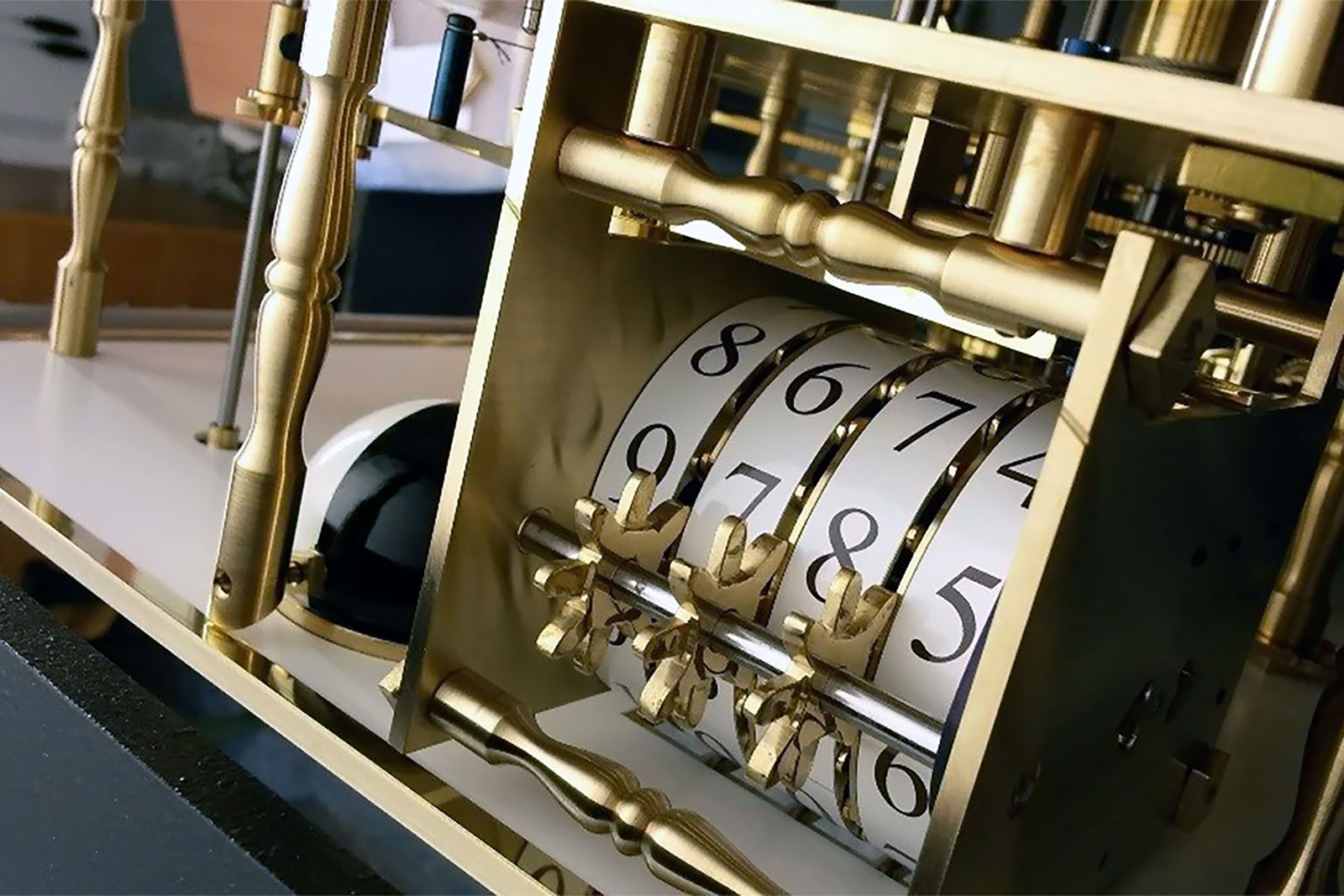 Held annually since 2015, the Young Talent Competition (YTC) was established by F.P. Journe to identify and reward promising young watch- and clockmakers. Open to candidates between 18 and 30 years old from anywhere in the world, the competition is overseen by a jury made up of industry figures – including Philippe Dufour, Giulio Papi, and Francois-Paul Journe himself – with the winner receiving a certificate as well as a CHF20,000 grant to buy watchmaking tools.

This year’s winner was Mario Scarpatetti, a 29-year old clockmaker from the town of Parsonz in the east of Switzerland. Mr Scarpatetti’s winning submission was the Kalendar Perpeten, a long-case pendulum clock wound by a block of marble from Mr Scarpatetti’s region. It’s equipped with a moon phase, running equation of time, and most importantly – a patented, secular perpetual calendar.

A conventional perpetual calendar keeps track of the date, accounting 30- and 31-day months as well as leap years. However, such calendars still require adjustment every 100 years, as years that are divisible by 100 but not by 400 are not leap years, one of the quirks of the Gregorian calendar that is the norm today. As such, a conventional perpetual calendar will interpret the years 2100, 2200, and 2300 as leap years when in fact they are not. 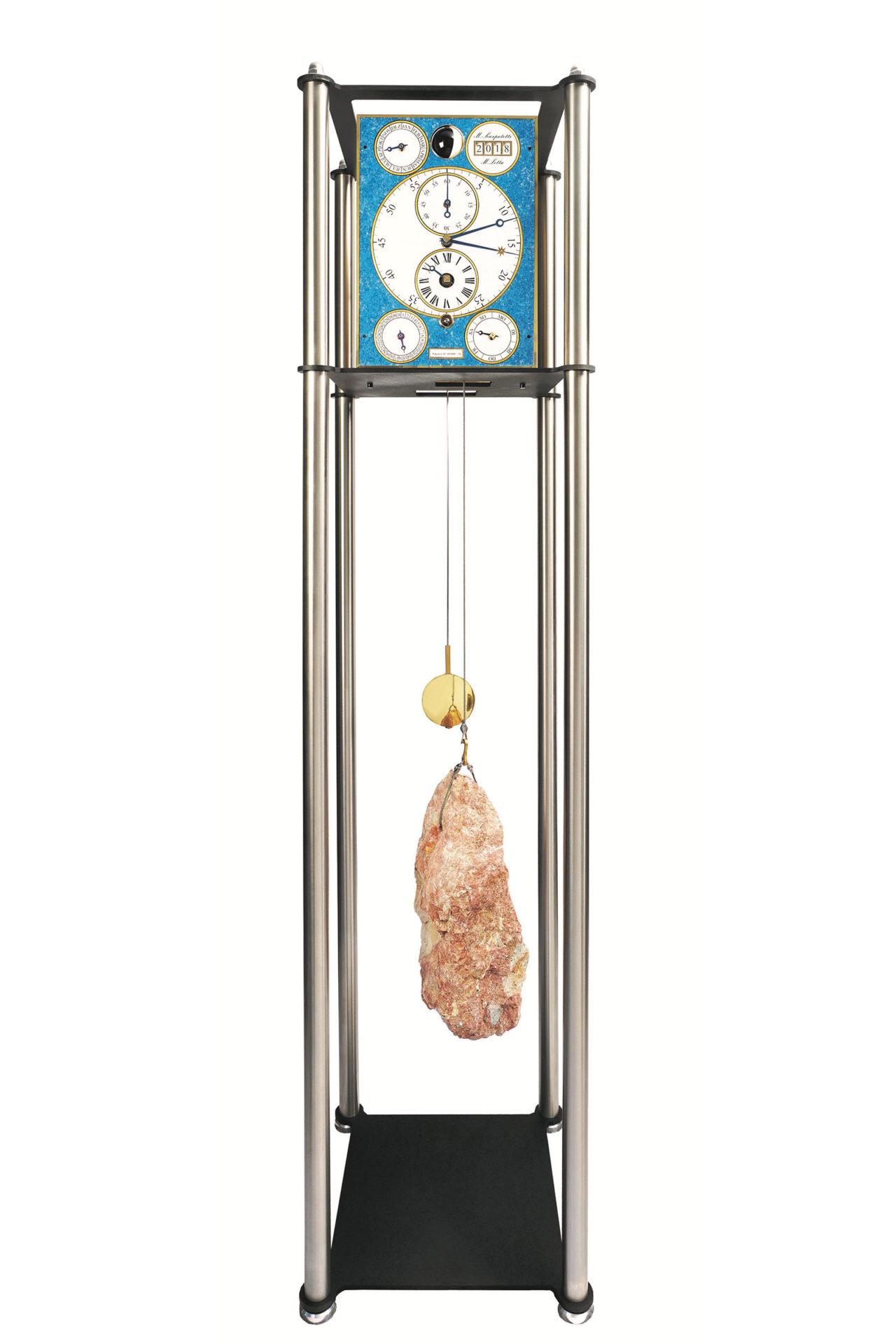 Standing a bit over 2 m tall, the clock is wound by a 21 kg piece of Sassalbo marbled mined at Poschiavo, not far from Mr Scarpatetti’s hometown 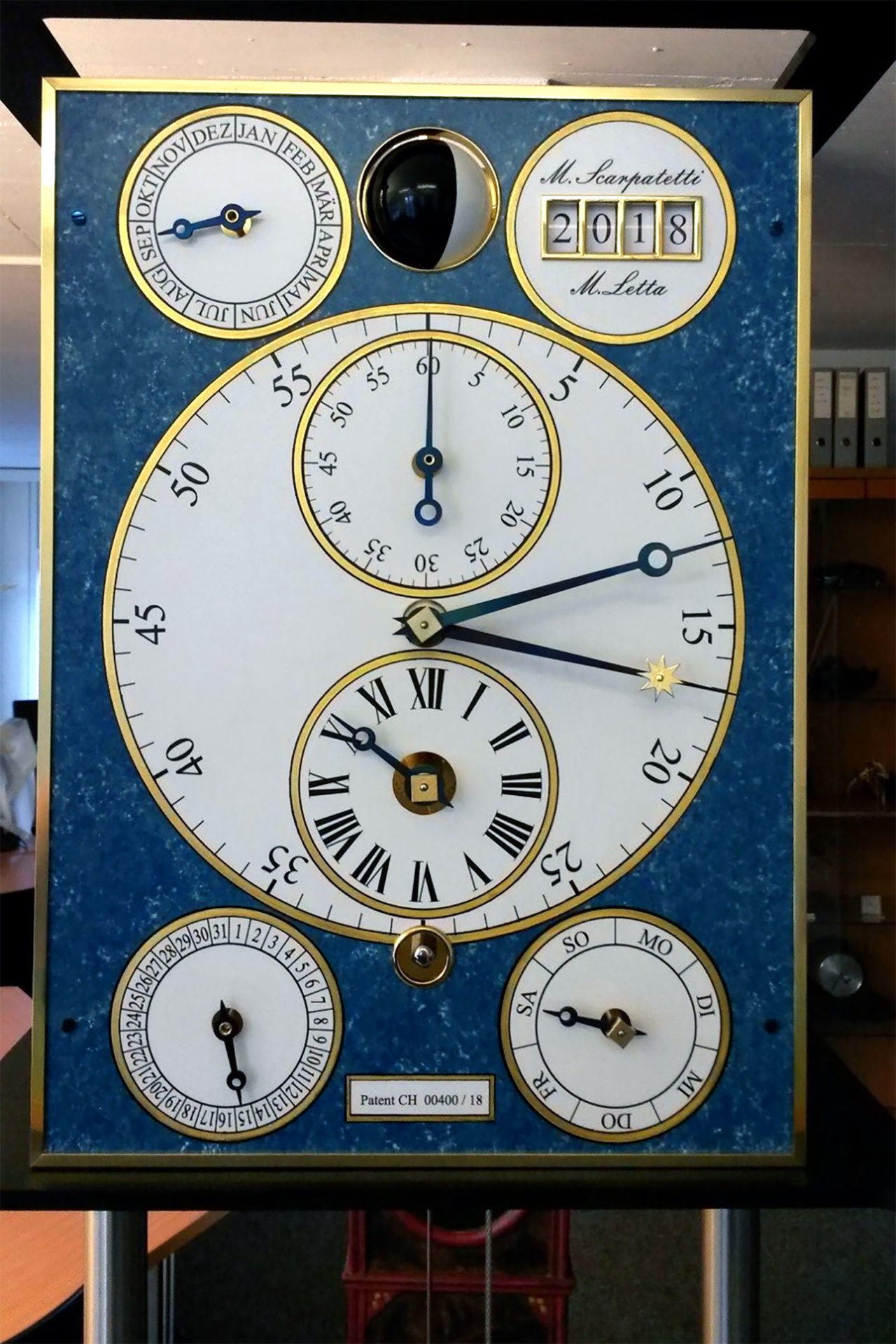 A mechanical finger known as the “grand lever” samples the depth of the 48-step wheel every 24 hours, automatically skipping the appropriate number of days at the end of the month if it has less than 31 days. Typically, the four deepest slots on the wheel represent February – the month with the least number of days – but with one of the four slightly more shallow than its three counterparts, in order for it to indicate 29 days, while the three deeper slots are for 28 days.

Mr Scarpatetti solution is to superimpose a massive wheel with 100 tiny steps on the 48-step calendar wheel. This massive wheel, aptly named the 400-year wheel, accounts for the leap year that occurs every four years, rotating to the next step at the end of a four-year cycle. 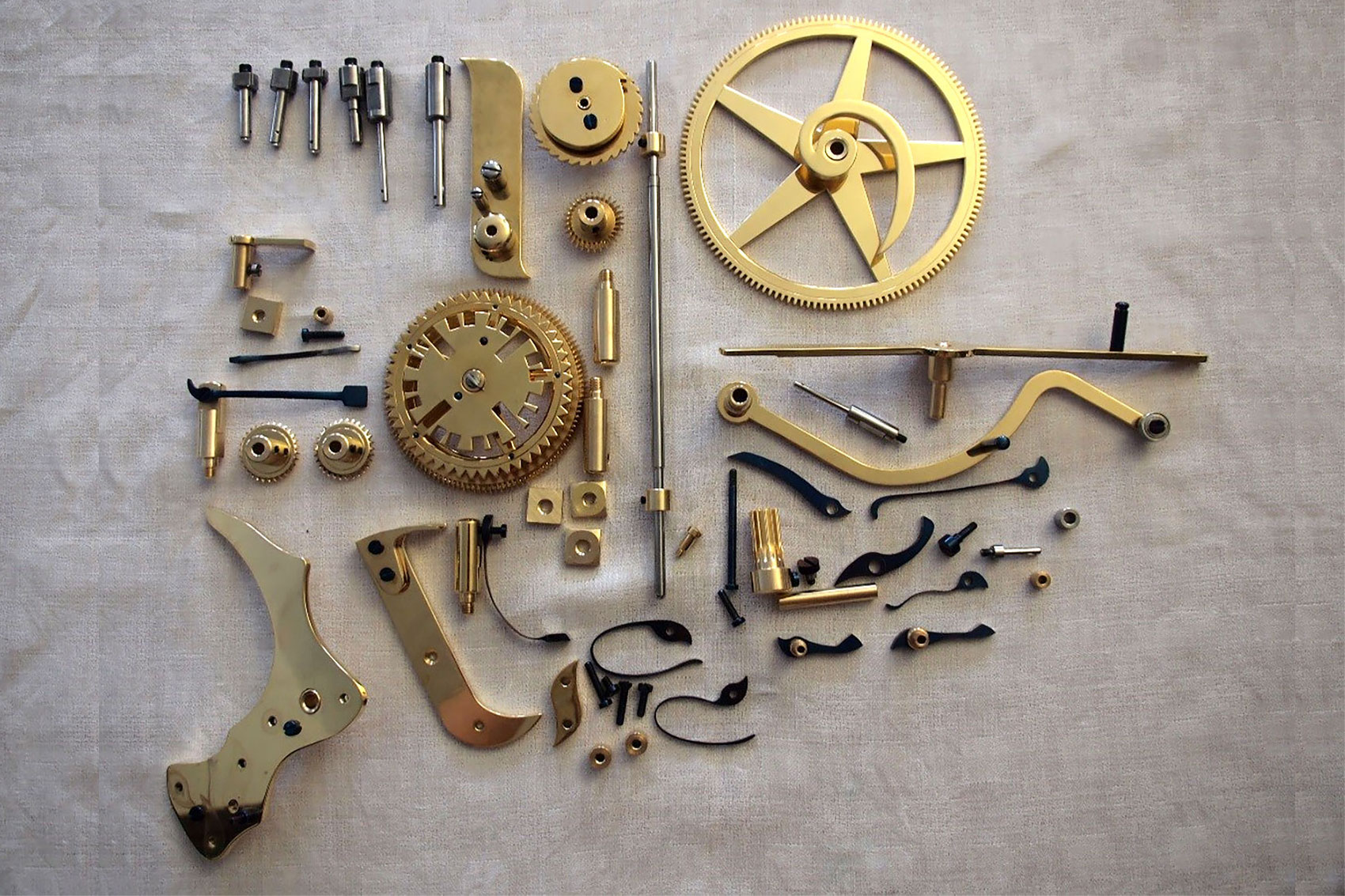 The perpetual calendar mechanism, with the 48-step wheel visible at centre-left 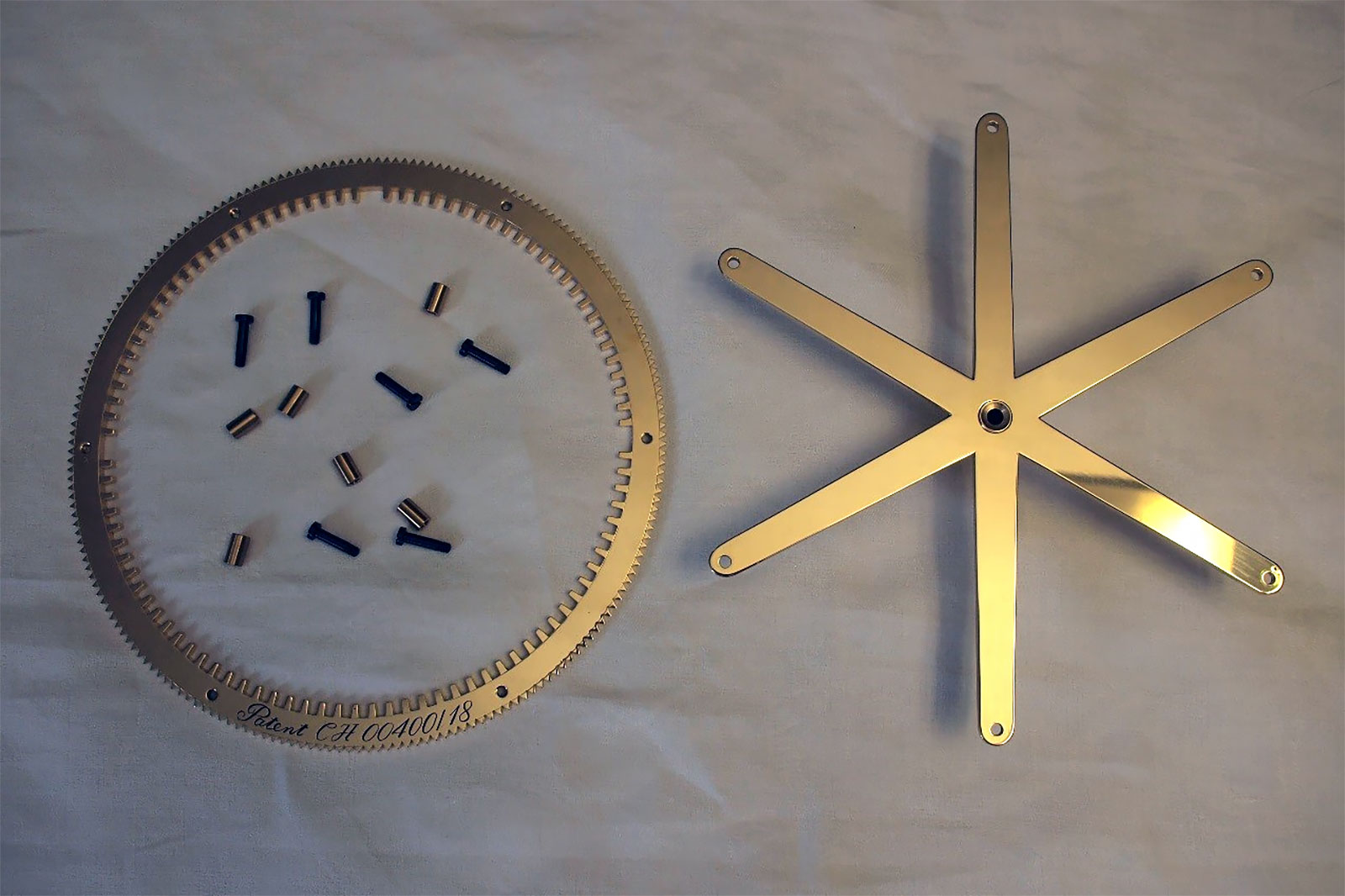 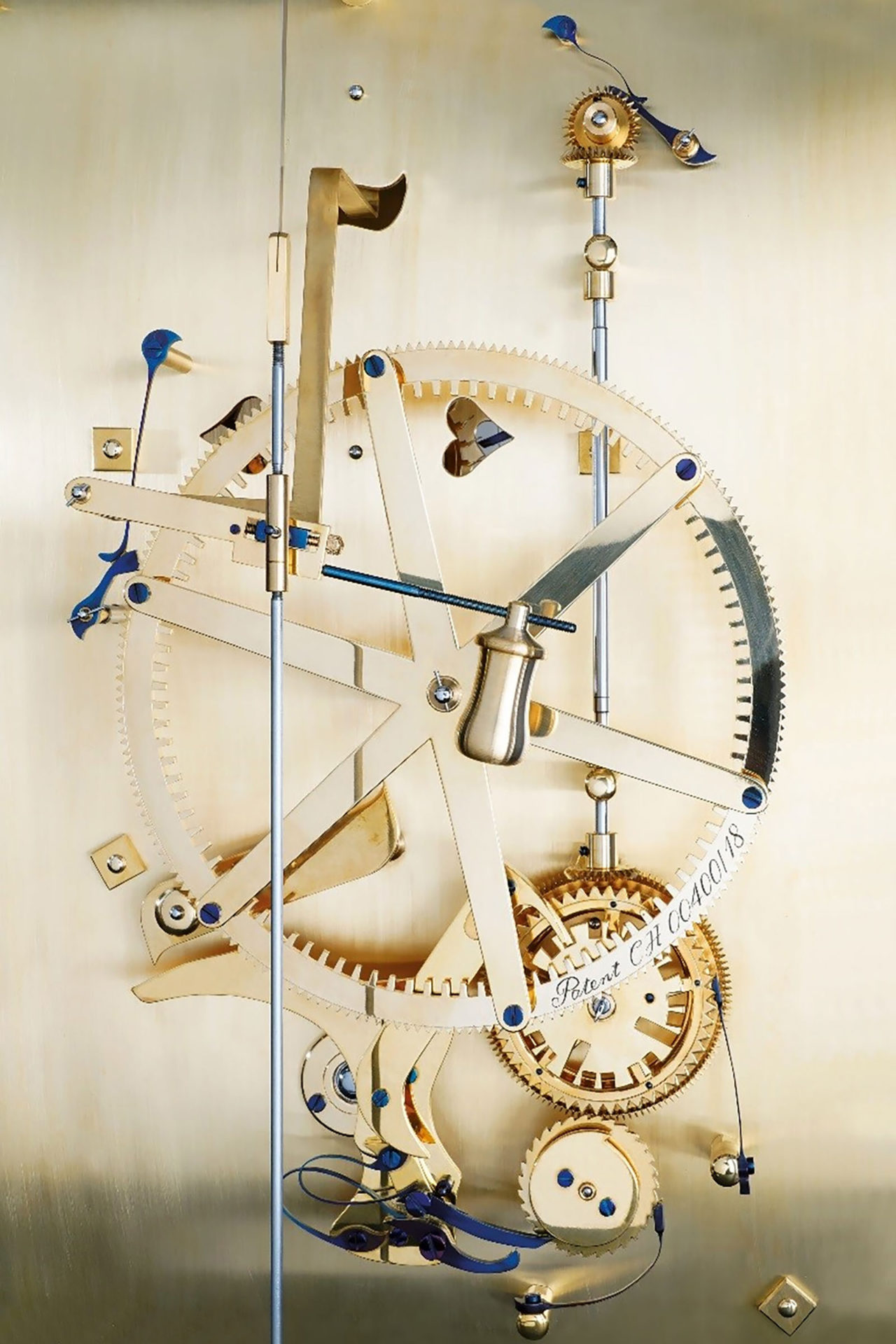 The 400-year wheel visible on the back of the clock, with the 48-step wheel to its lower right

Justifiably proud of his take on the secular perpetual calendar, Mr Scarpatetti applied to patent the idea in March 2018 – and was granted Swiss patent CH 00400/18 shortly after – premised on the ease and efficiency of driving the 400-year wheel, as well as the elegant simplicity of the mechanism.

The entirety of the Kalendar Perpeten movement, save for four ball bearings, were hand made by Mr Scarpatetti the traditional way – without the aid of automated machines. Besides the secular perpetual calendar, the Kalendar Perpeten clock is also equipped with a large spherical moon phase that is coincidentally reminiscent of the same complication found in the pocket watch made by last year’s YTC winner. And last but not least, the clock has a running equation of time in the form of a secondary minute hand that shows true solar time.