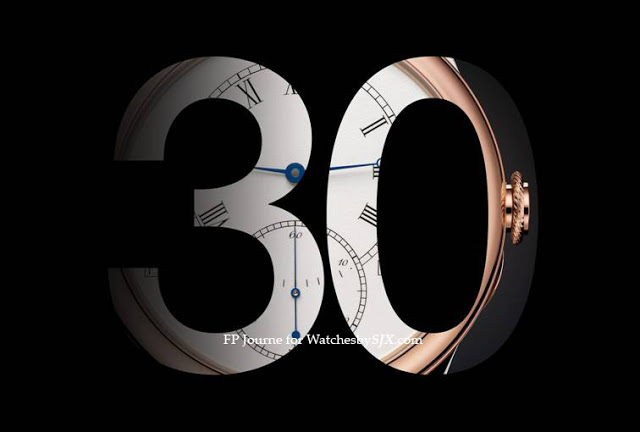 FP Journe will mark the 30th anniversary of his first timepiece on October 18 with a special watch, part of which has been revealed in this tantalising teaser. FP Journe completed his first timepiece, a pocket watch with tourbillon and remontoir, in 1983. The teaser for his 30th anniversary wristwatch depicts what is obviously a rose gold watch, with a white dial in what might be enamel. Both the hour and minute dials are off-centre, and are fitted with blued steel Breguet hands. And there appear to be some detail at both four and eight o’clock on the dial. A small button sits on the case at four o’clock, below the crown.  All will be revealed on October 18, 2013. – SJX