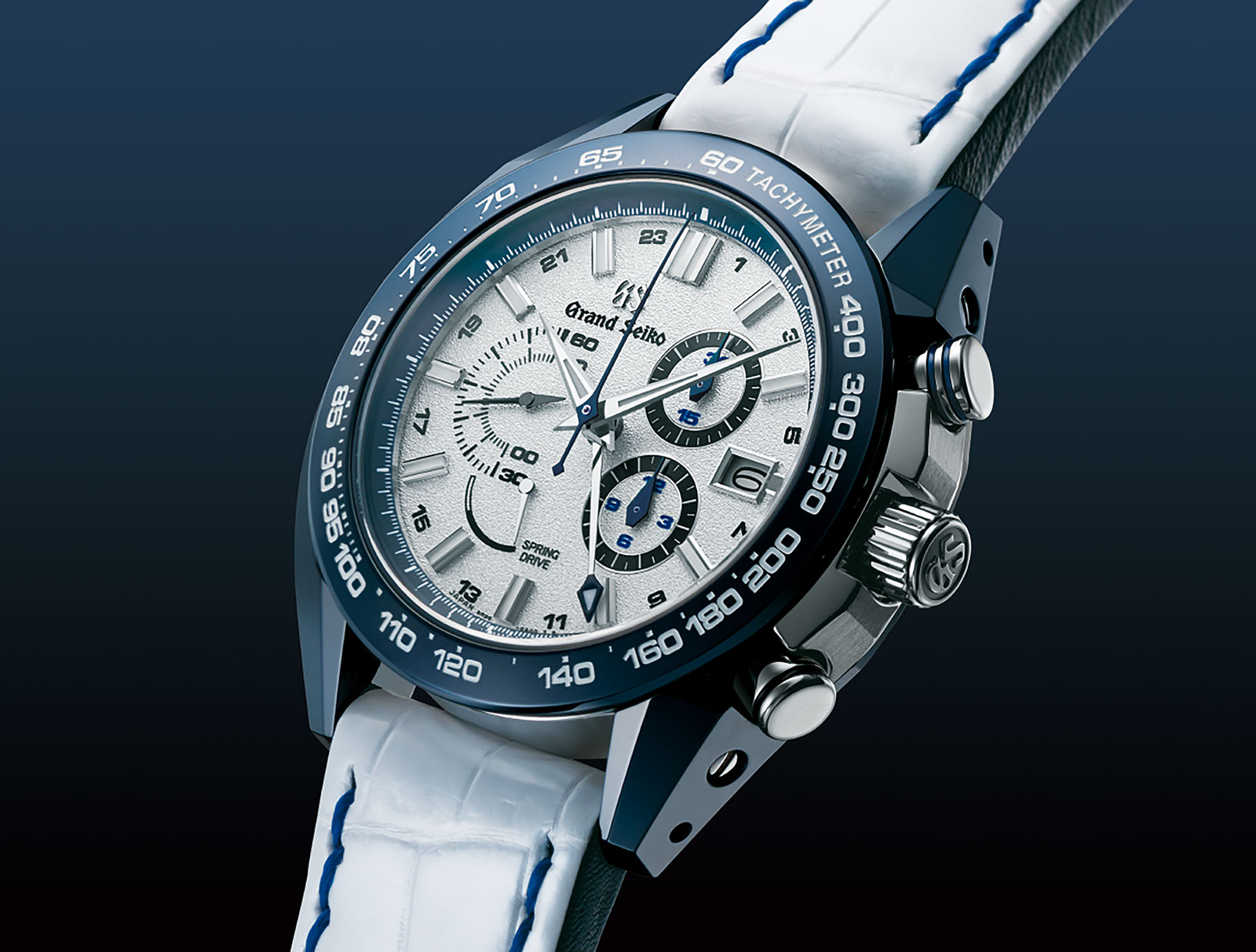 As ridiculously fast cars go, the Nissan GT-R is a value proposition. Nicknamed “Godzilla”, the GT-R will go from zero to 100km/h in well under 3 seconds, for a lot less than comparable European supercars. So it’s fitting that its horological equivalent is marking the GT-R’s 50th year with a limited edition Spring Drive chronograph. 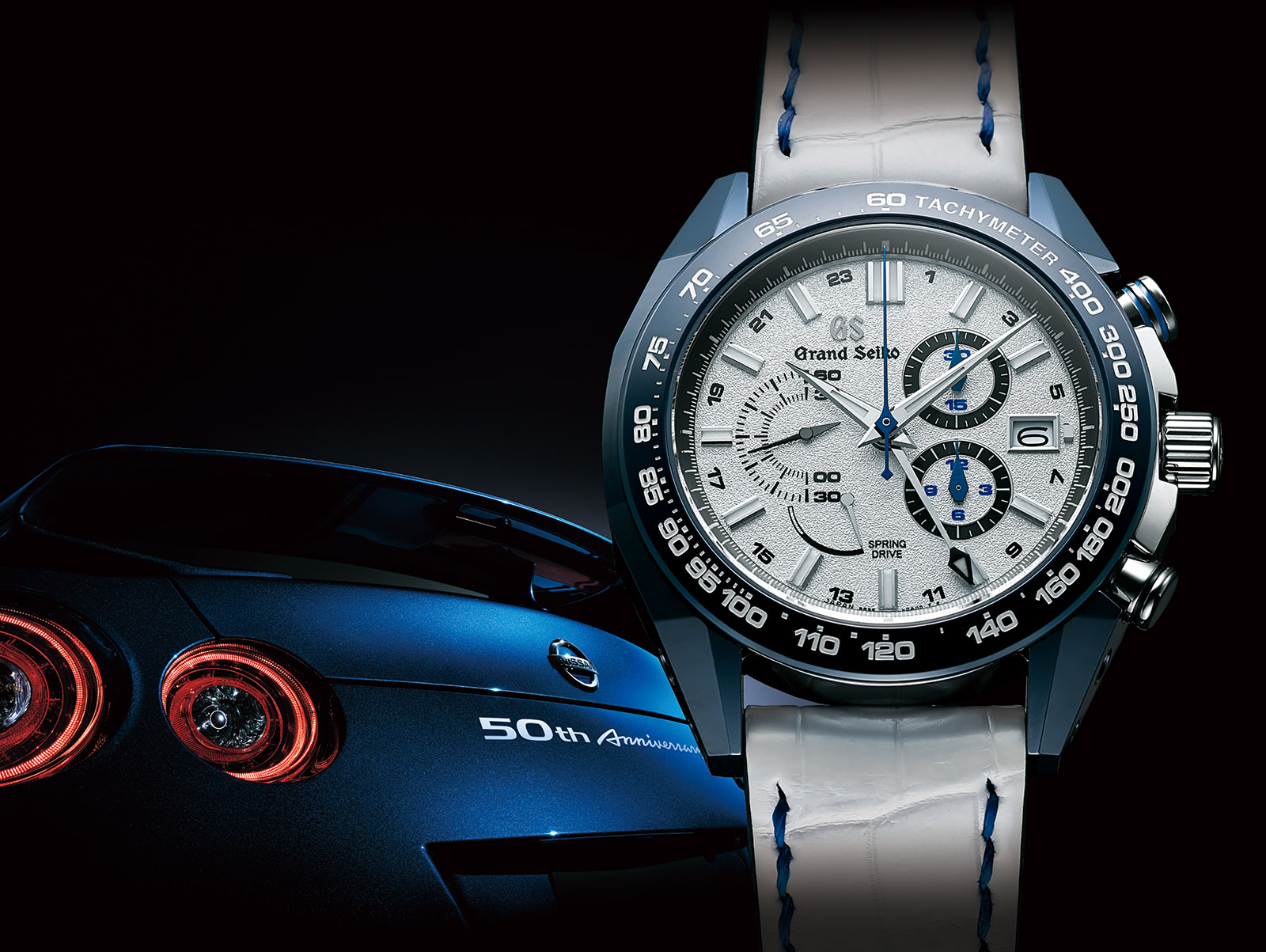 It’s dressed in blue and white, just like the actual Nissan GT-R 50th Anniversary automobile, a special edition that will be produced until the end of March 2020. In fact, the dark blue watch case modelled on “Bayside Blue”, the signature colour of several generations of the GT-R.

Like the standard Spring Drive chronograph, the watch case is a two-part affair – a titanium inner case encapsulated by a ceramic outer case – conceived to protect the inner case from wear since ceramic is scratch-resistant. But it’s also chunky at over 46mm in diameter. And the dial is a silvery white with a grained surface and dark blue accents. 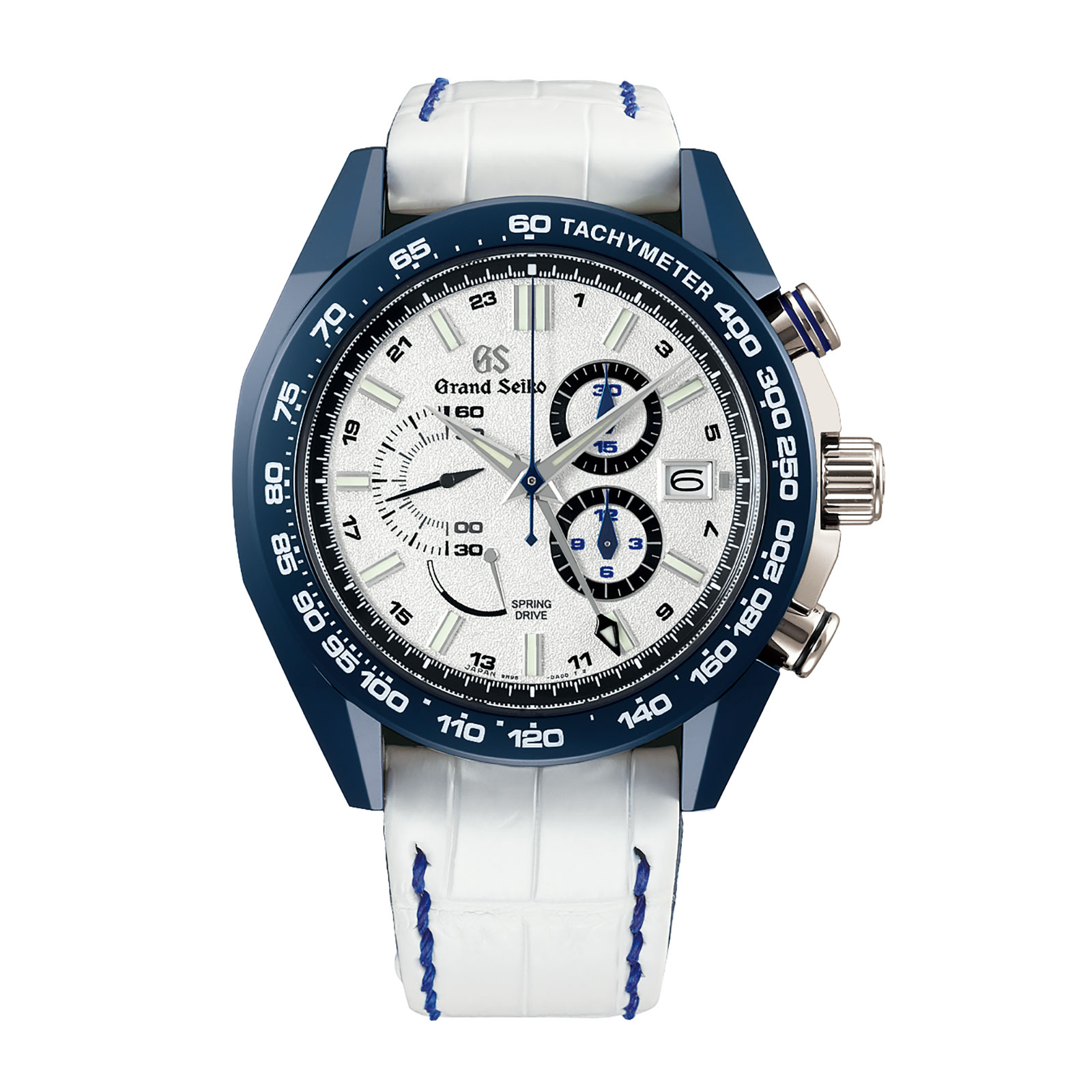 And the final GT-R detail is a solid 18k gold medallion on the winding rotor that features the car’s logo in relief. 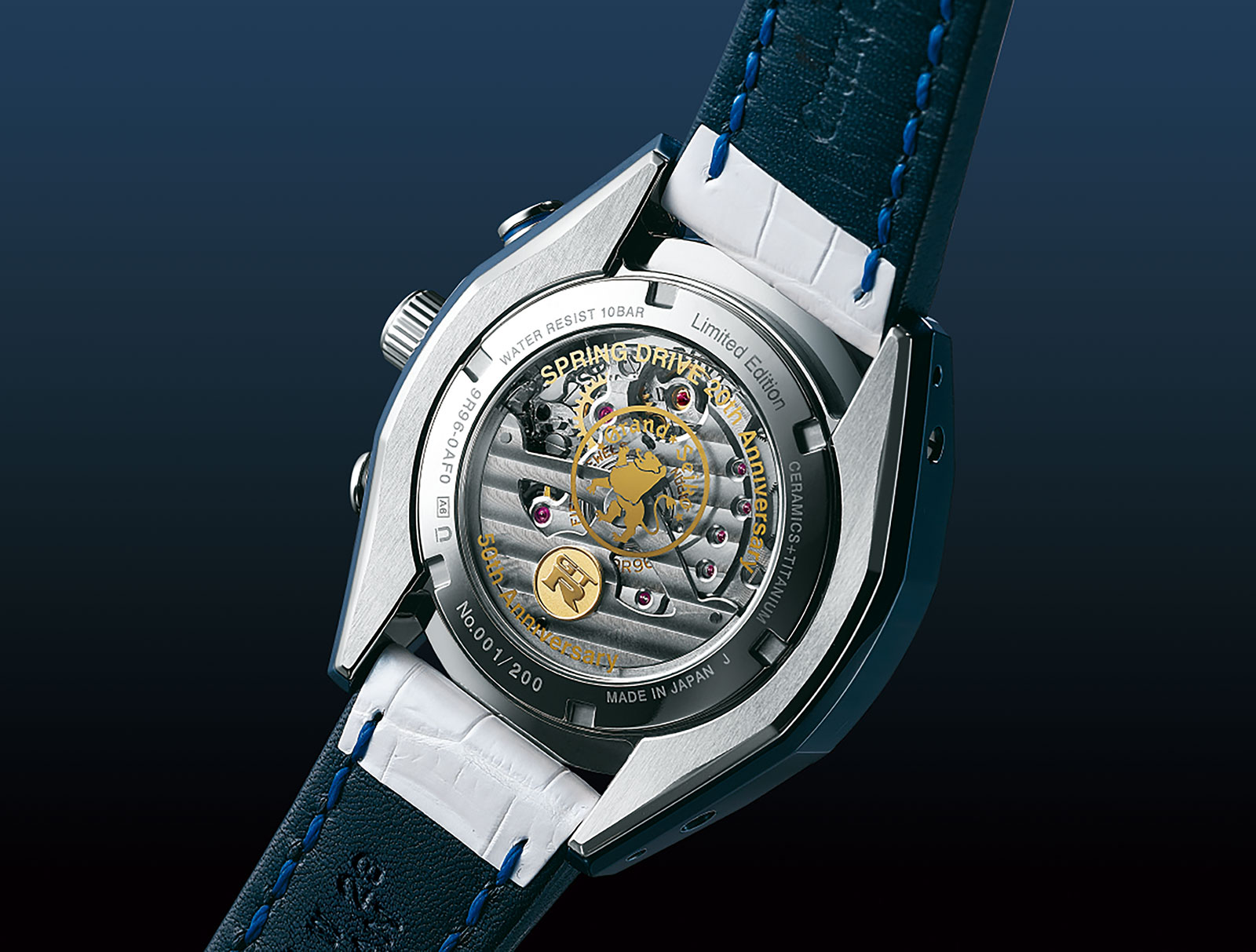 The movement is the 9R36 that has a 72-hour power reserve. Besides the chronograph, it also has a second time zone function and power reserve indicator.