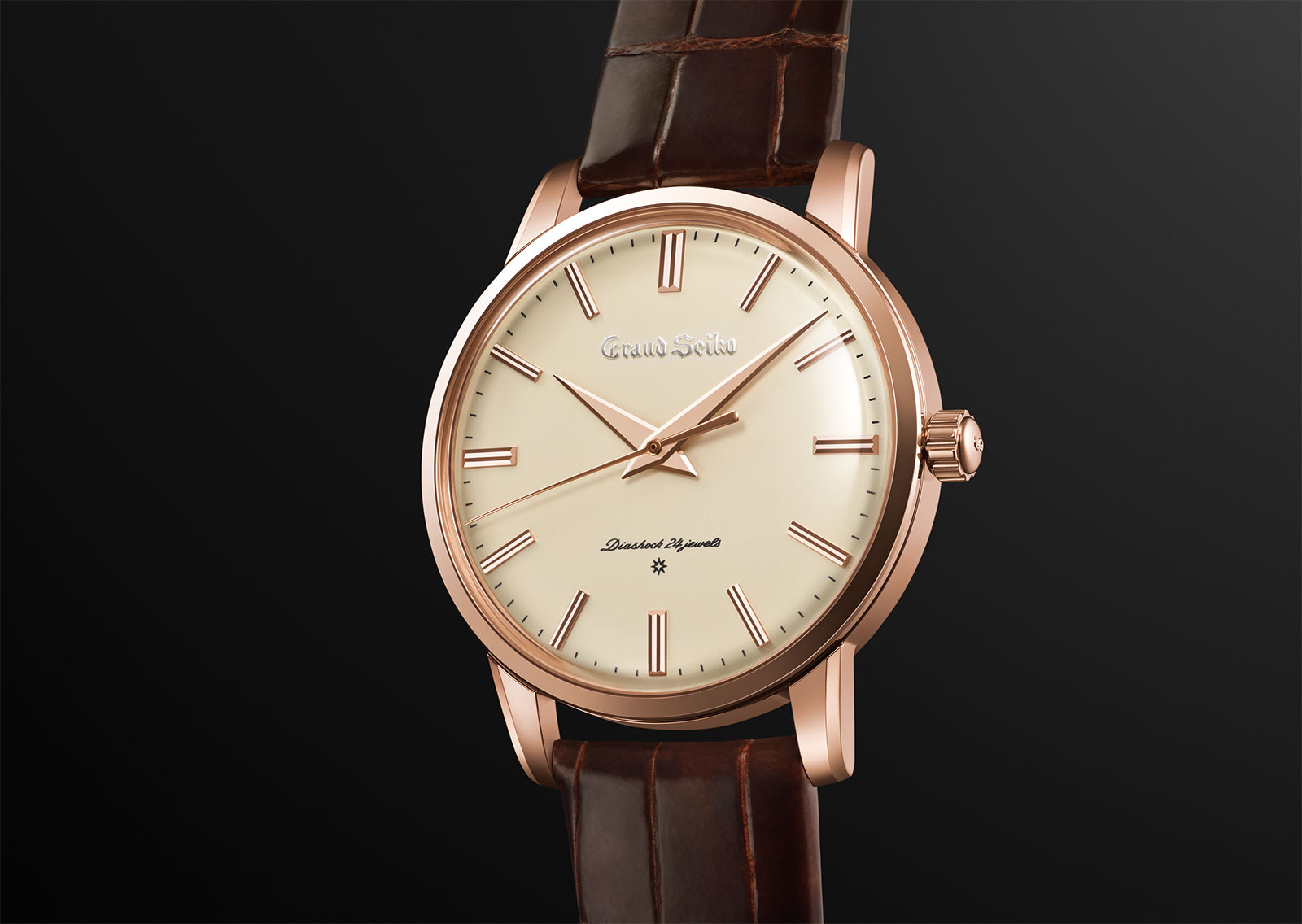 Announced alongside the exceptional but exorbitant Kintaro Hattori 160th Anniversary, the Seiko 140th Anniversary Limited Edition Re-Creation (ref. SBGW260) is a hand-wound remake of the ref. 3180 of 1960, the first-ever Grand Seiko. And it is a Grand Seiko, but commemorates the 140 years since the founding of Seiko.

Notably, its in 18k rose gold, a metal that’s rarely used by Grand Seiko. And although the 9S64 movement inside is an existing calibre, it’s finished more elaborately compared to earlier versions of the movement. 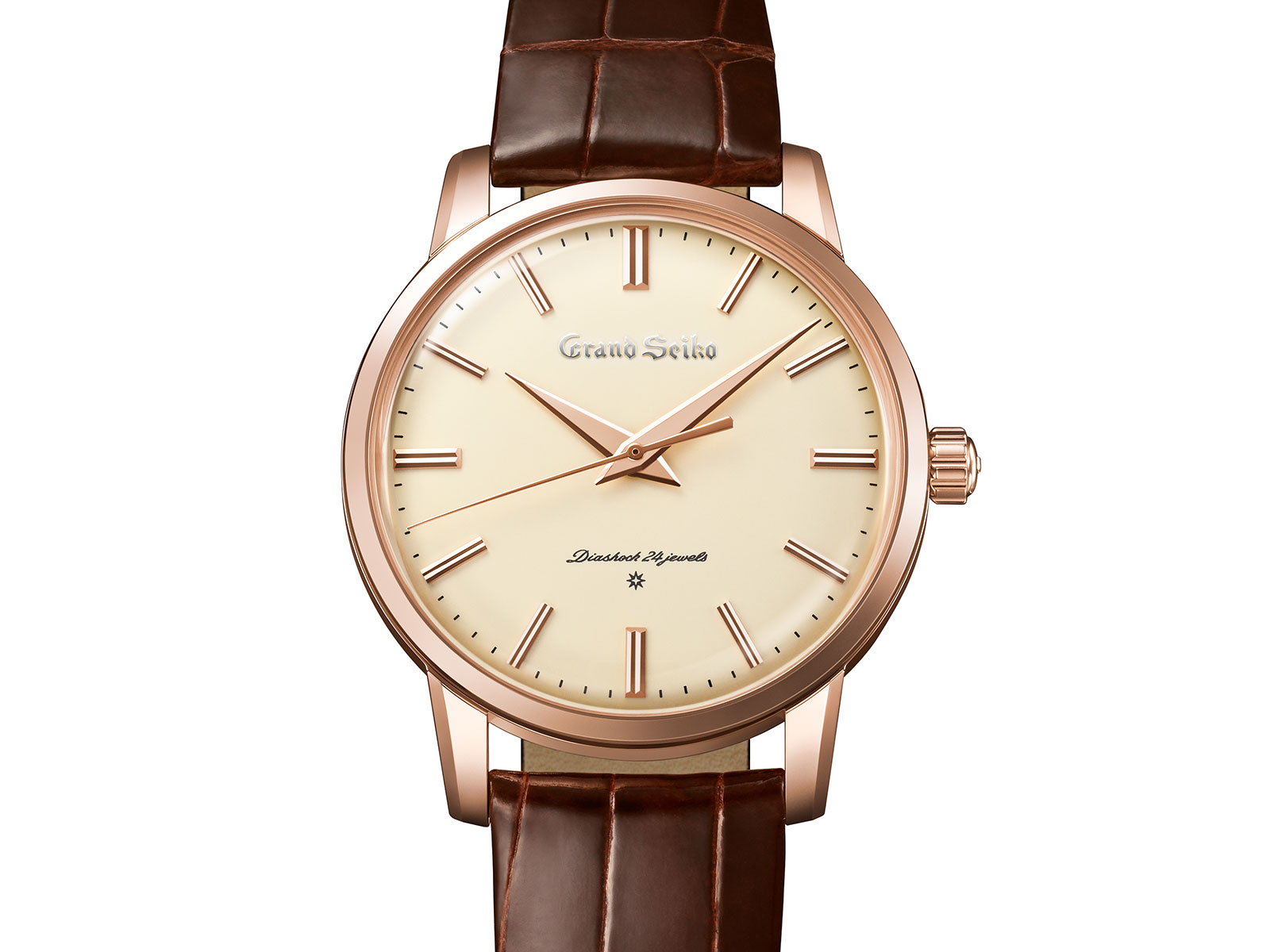 Being a faithful remake, the SBGW260 has the same appeal as the vintage-original Grand Seiko “First”. Although the colour scheme is unusual for a Grand Seiko – this is the first 3180 remake, and one of the few Grand Seikos, in rose gold – the warm palette suits the vintage style.

But more notable is the movement upgrade in terms of decoration. Though still the same workhorse 9S64 found in all remakes of the “First”, the movement has been dressed up blued screws and straight graining on the bridges – plus a solid-gold plate for the anniversary – giving it a look usually associated with higher-end Seiko watches, but is increasingly being rolled out across the price spectrum. It isn’t quite the haute horlogerie finish found on movements made at the Micro Artist Studio, but the decoration appears comparable to Swiss brands like Jaeger-LeCoultre, which is to say it’s fine but workmanlike.

And while it is heartening to see some upgrades to the finishing, the inconsistency across the range is counterintuitive – similarly-priced Grand Seiko watches with the same movement have simpler decoration, though it is likely that the new style of finish will be progressively introduced into other models. 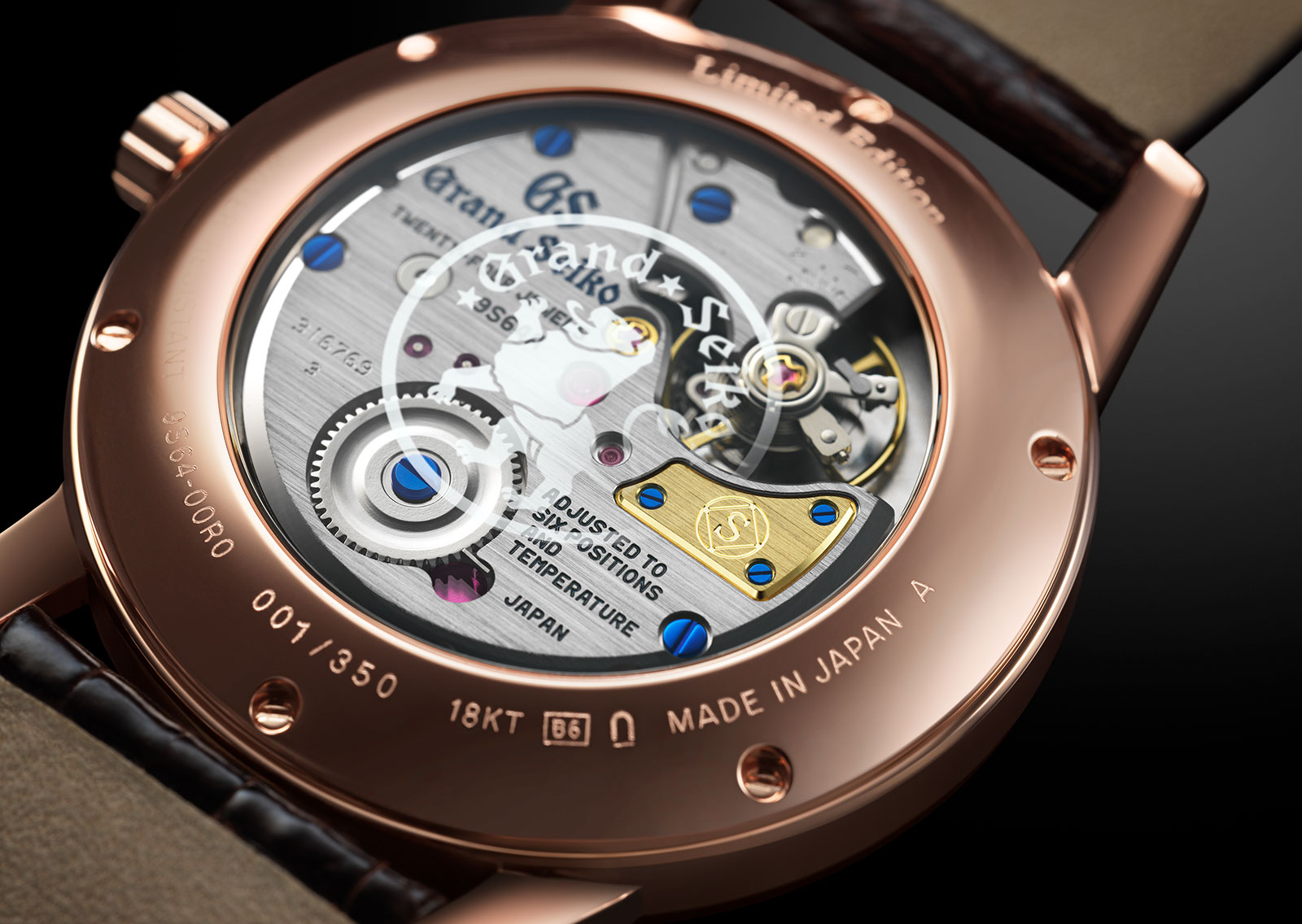 While the watch itself is appealing, it is one of many “First” remakes – which is now also part of the regular collection – making the idea of a limited-edition remake much less compelling. And more critically, there haven’t been substantial improvements across each generation of remakes iterations – being faithful to the original is the purpose of a remake – but prices have increased significantly.

Take for example the limited edition SBGW252 in yellow gold from three years ago, which costs US$17,200. The recently-launched regular-production SBGW258 in the same metal costs US$26,000, about 50% more. And the new SBGW260 in rose gold is even pricier at US$31,500, although that is partially justified by the more elaborate movement finishing.

Launched about a decade ago, the 9S64 is Grand Seiko’s go-to hand-wind movement that’s found in watches across the line up, ranging from the entry-level SBGW231 to the lavish SBGW264 with an engraved dial. Regardless of price point, the 9S64 has historically had plain decoration, but that’s changed in the new SBGW260.

Notably, the three-quarter plate is finished with fine and even straight graining, with neatly applied bevels on the edges. Additionally, the movement has been bestowed with a solid-gold plate carrying the Seikosha “S” logo that was first registered a little over a century ago. That said, not every component has received upgraded finishing. The barrel ratchet wheel, for instance, looks rather out of place. 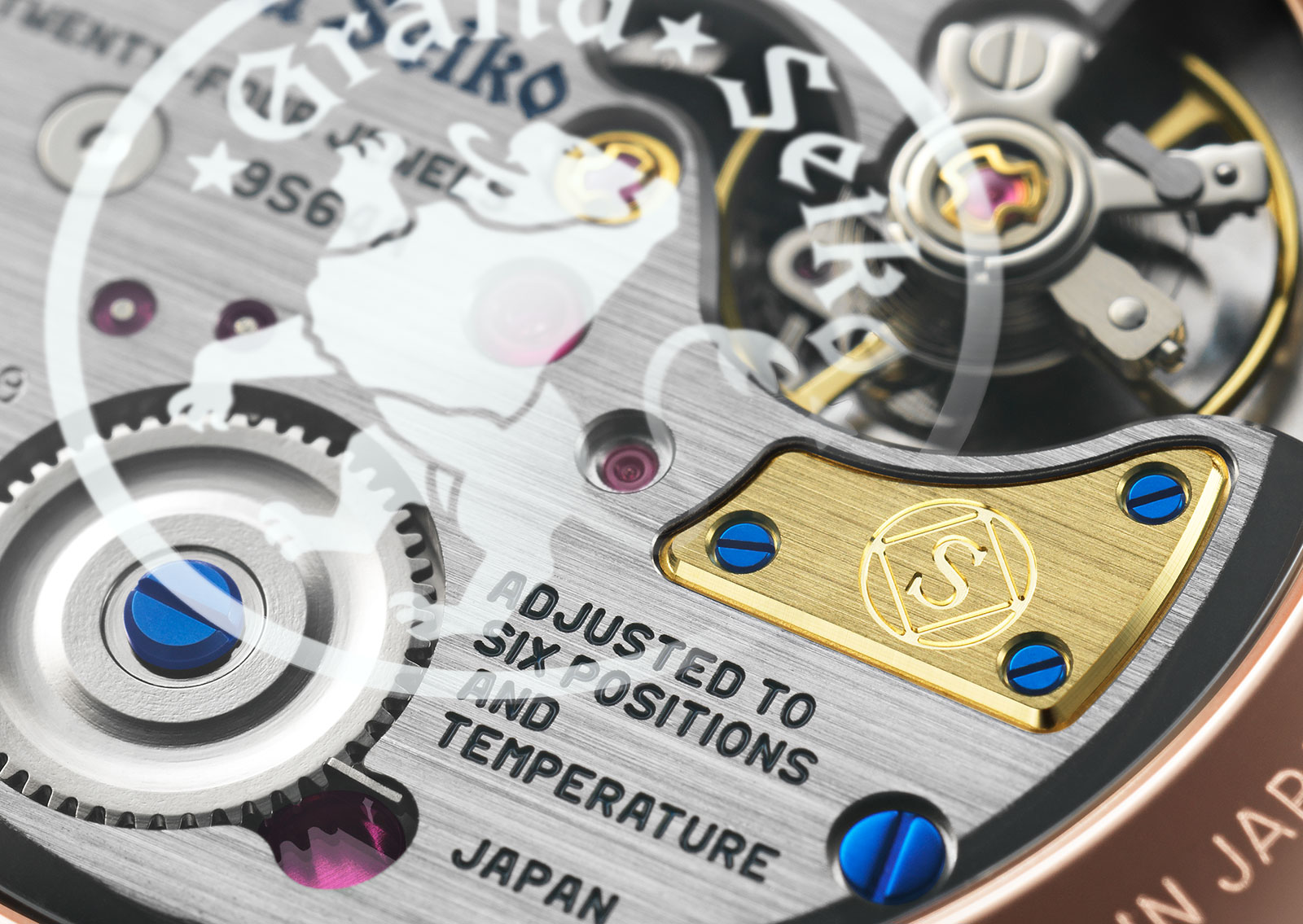 Most of the screws are blued, which is also unusual for Grand Seiko