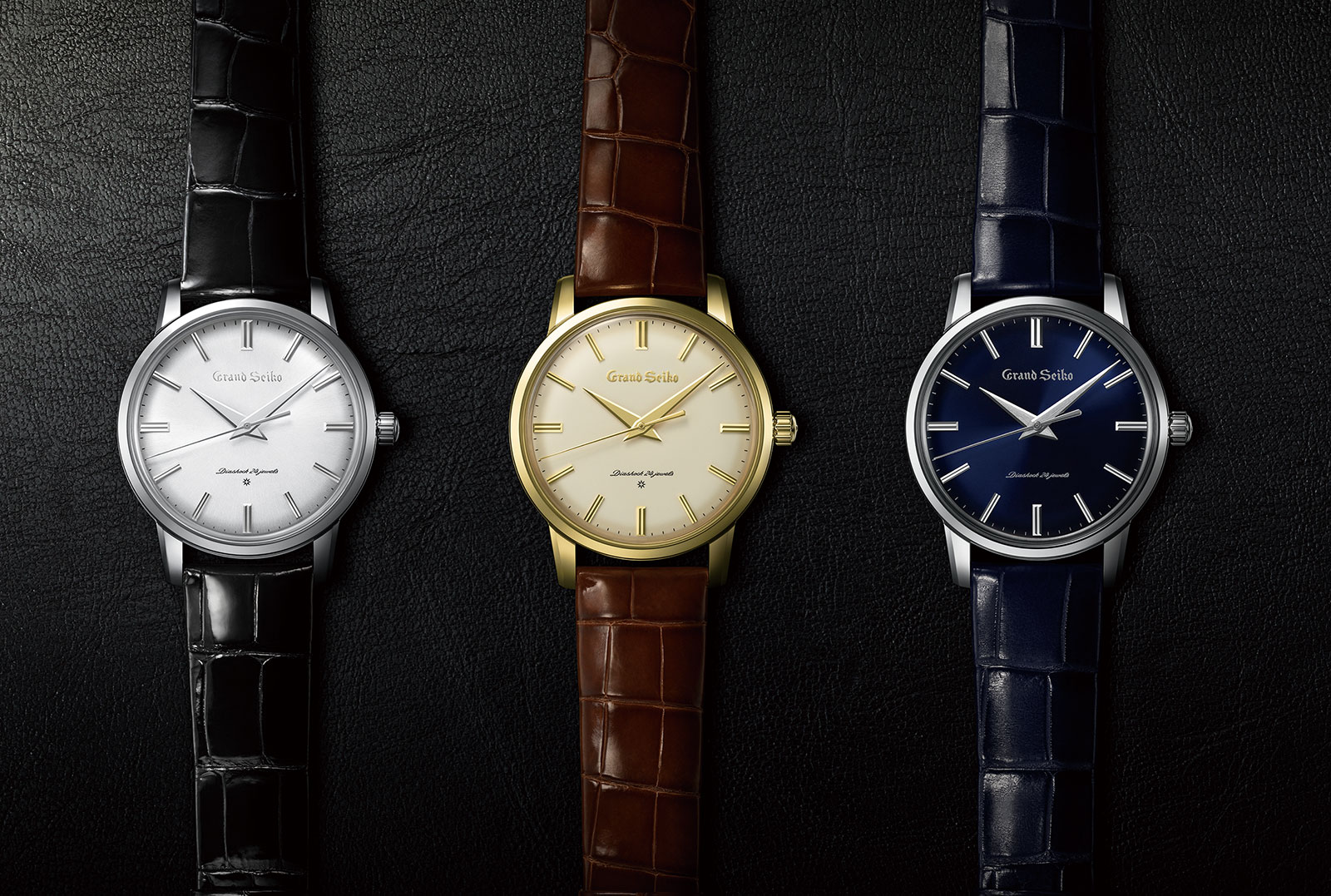 Sometimes known as the “3180” after the movement inside, the very first Grand Seiko model of 1960 is an indisputably important watch in the history of the brand.

With reissues of the 3180 having been done for the 120th and 130th anniversary of Seiko, and most recently in 2017 when Grand Seiko was spun off as an independent brand, the 3180 remake is now on its fourth iteration, making it pretty familiar. The latest remakes might not please anyone who owns the preceding editions, but for anyone who missed out they are spot on.

But the new re-creation is distinct in several ways. The case is 38 mm, larger than the 35 mm original, and identical to the 2017 edition. More notably, it has a sapphire case back, a first for a 3180 remake. 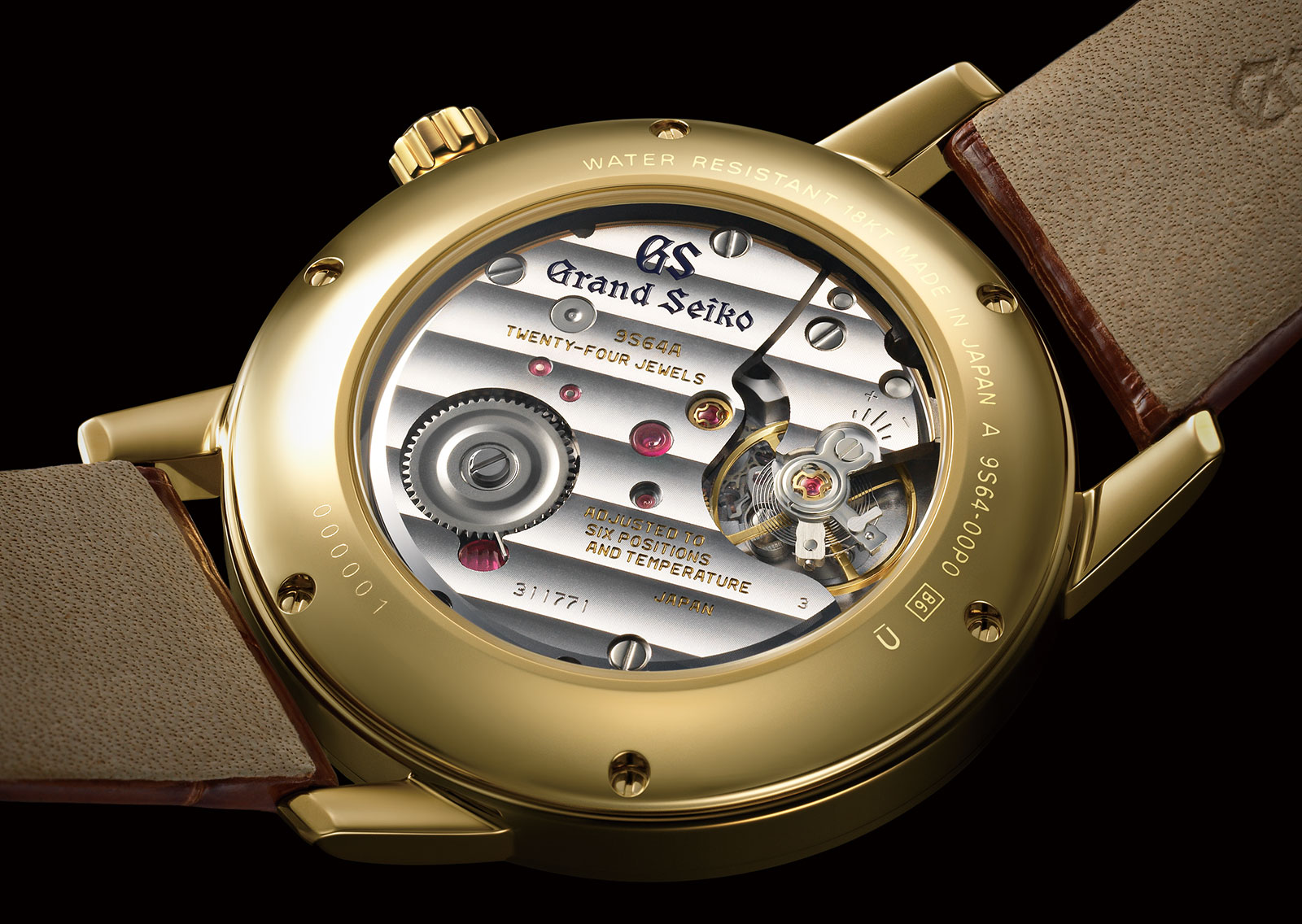 The 9S64 visible through the display back

Three versions are available, each distinguished in material and dial colour but also in more subtle details.

The top-of-the-line model is the platinum re-creation SBGW257. This has a solid gold dial matched with solid gold hour markers, as well as an engraved logo at 12 o’clock, a detail inspired by the dials of early 3180s. Because of the precious metal dial, it has a small star at above six o’clock, which is the Grand Seiko “SD” emblem, short for “special dial”. 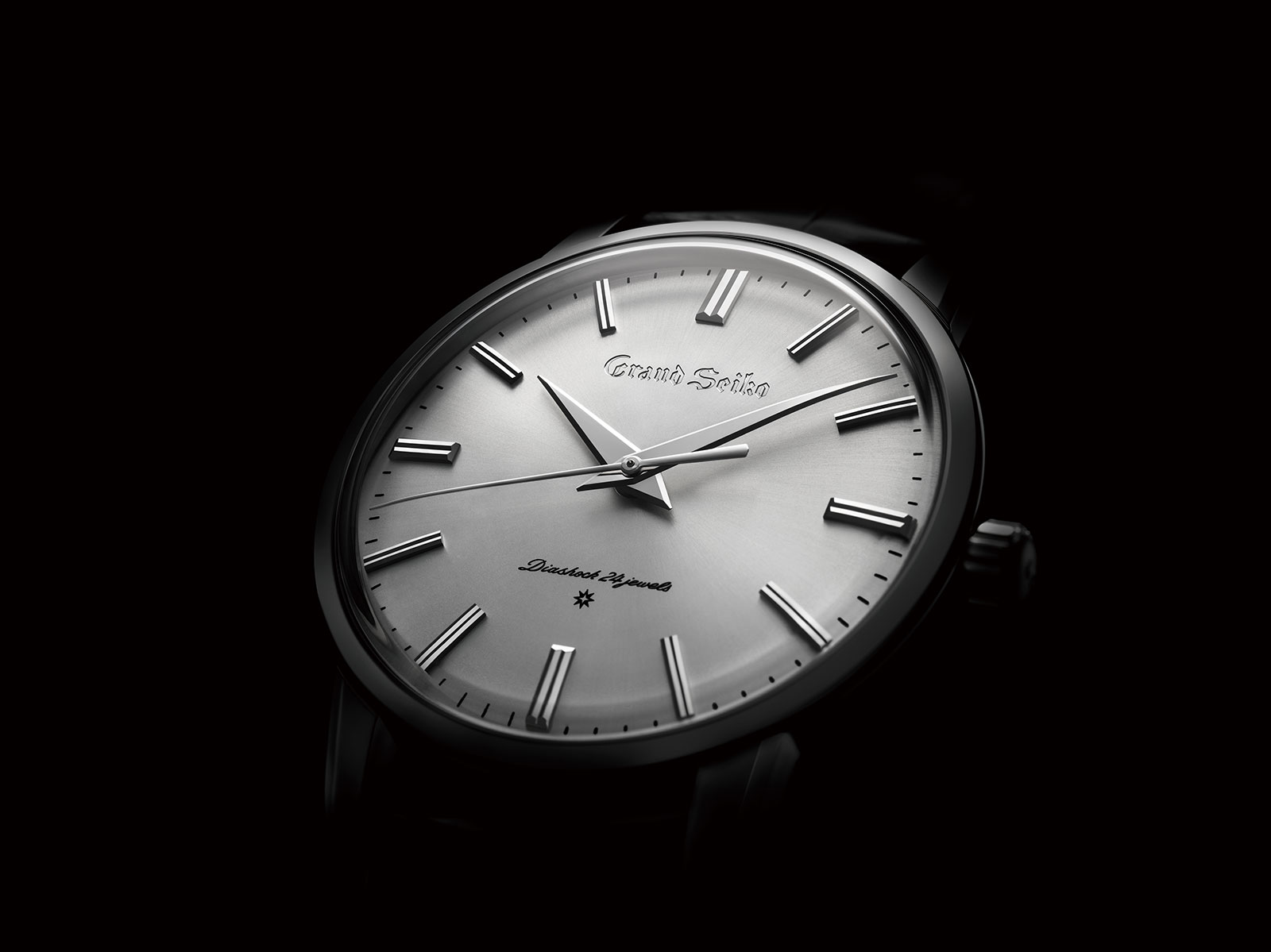 The monochromatic platinum version with its engraved logo

The re-creation in 18k yellow gold SBGW258 also has a “special dial”, but one that features only solid gold hour markers. And the Grand Seiko logo is raised, instead of engraved. 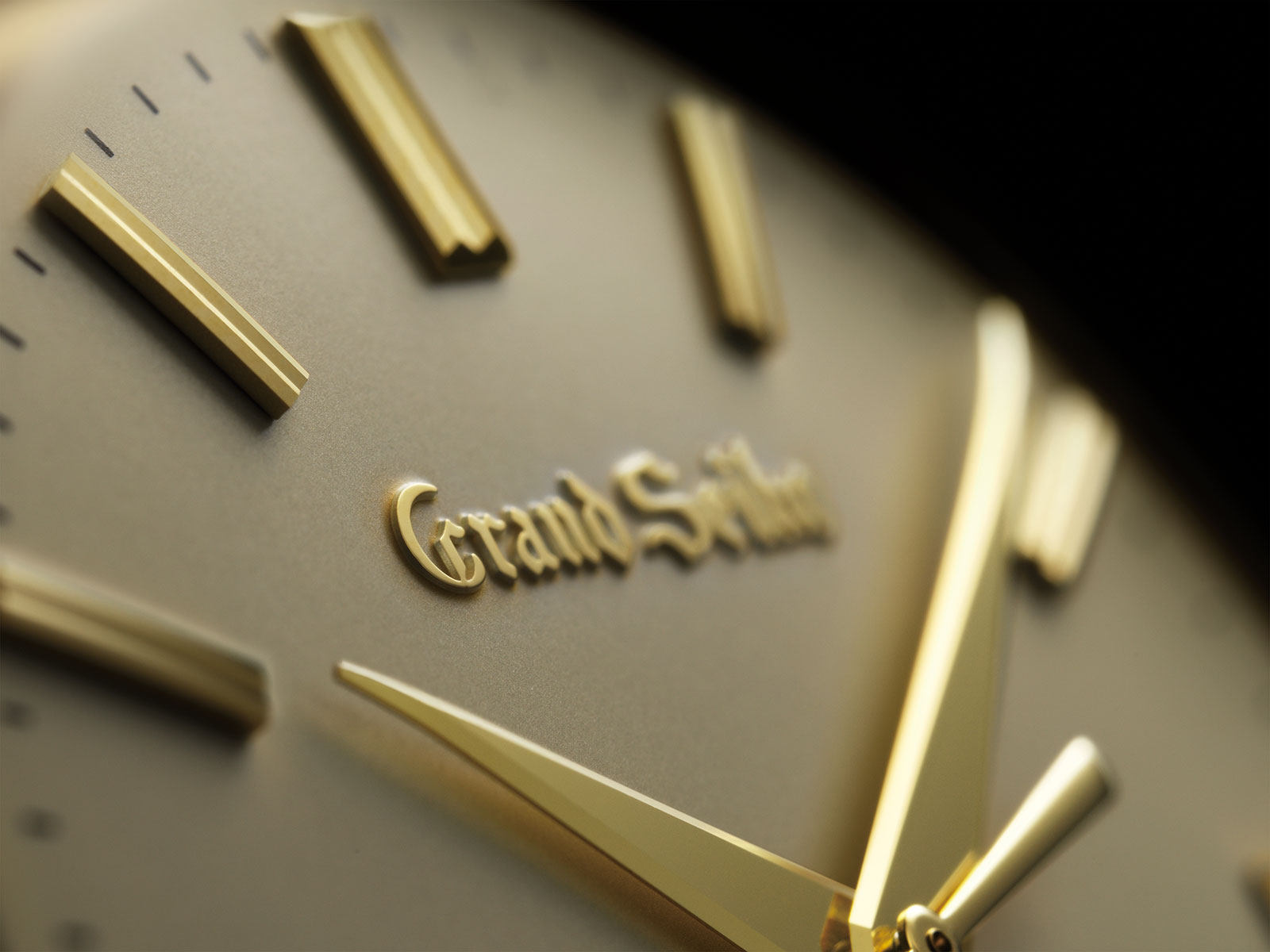 The relief logo on the gold model

The most affordable – and most unusual – is the re-creation in titanium SBGW259. It marks the first time Grand Seiko is using a titanium case on a vintage remake.

The material is also more silvery in colour than standard titanium, which is a medium-to-dark grey. As a result of the colour and hardness, Brilliant Hard Titanium can be polished to a more lustrous shine than its standard counterpart.

The titanium version also has a metallic, dark blue dial, which is also a first for a vintage remake. 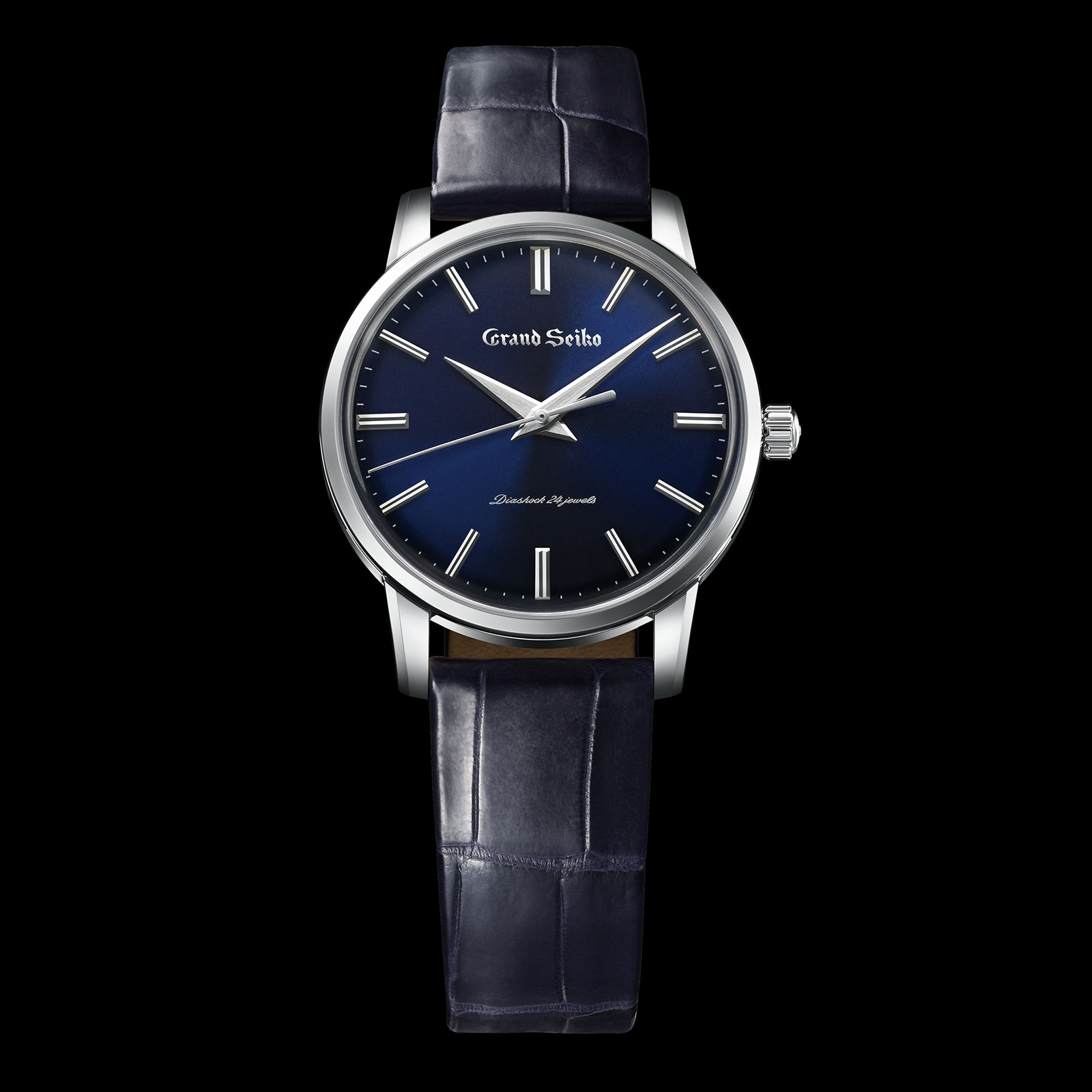 All three watches have the same 9S64 inside, a hand-wound calibre with a three-day power reserve.