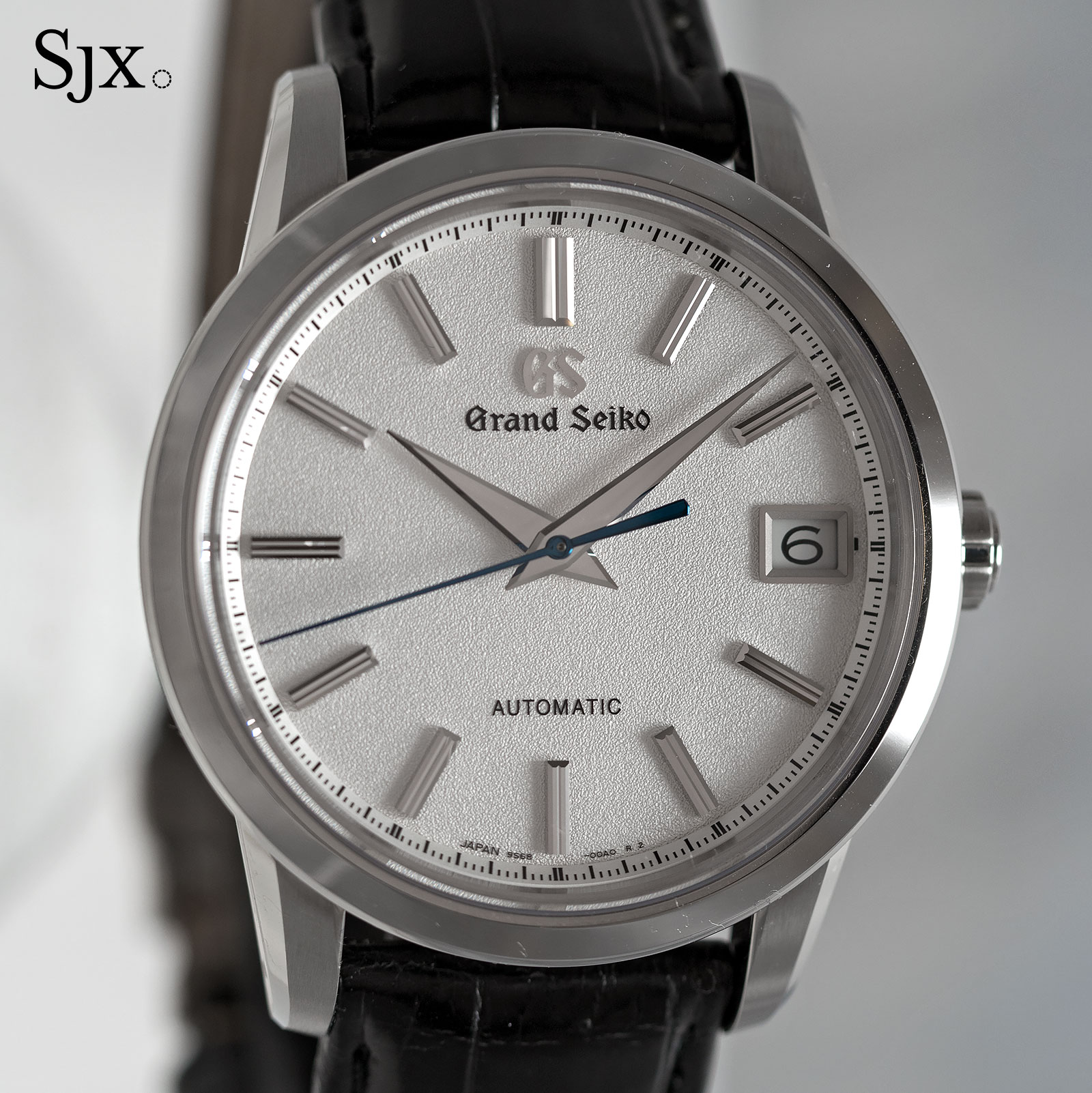 At Baselworld 2017 Grand Seiko became an independent brand, rather than a range of watches offered by Seiko. One of the crucial watches for the decoration of independence is the Grand Seiko SBGR305, a wristwatch inspired by the Grand Seiko ref. 3180.

Released in 1960, the ref. 3180 was the first ever Grand Seiko.  The new SBGR305 takes its cues from the original, but is a distinctly modern watch.

To start with it is 40.5mm in diameter and 13.7mm high, moderately sized by modern standards but large for a Grand Seiko, which tend to be smaller than 40mm. The white dial and narrow bezel further enhance its size. But because it’s made of “Brilliant Hard Titanium” – an alloy proprietary to Seiko – the watch is lightweight; lighter in the hand than it looks.

An evolution of “Bright Titanium”, the alloy previously used for all titanium Grand Seiko watches, Brilliant Hard Titanium is a new alloy that’s as light as the usual titanium found in watchmaking (typically grade 5), but much harder. It’s surface hardness is twice as hard as stainless steel, in fact, making it quite scratch resistant. The hardness of the metal means it can be polished to the same definition as steel, resulting in brilliantly finished lugs with brushed top surfaces, polishes bevels running along their length, and a sharp border between the two. While the case material and finishing is beyond reproach, the proportions take some getting used to. The watch looks visibly different from the usual Grand Seiko and it takes a moment to figure out why.

The aesthetic difference lies in two elements. First is the narrowness of the lugs relative to the diameter of the bezel, which makes the face of the watch seem larger than it is. And the second is the relatively high, sloping chapter ring with the minute track. The angle gives the face depth, but it also makes the watch seem thicker.

Those factors, however, are not drawbacks, since they make the watch seem larger and less old fashioned, historically two widely cited shortcomings in earlier generations of Grand Seiko watches. While the design is a departure from past practice, the dial remains a sterling example of dial manufacturing. The dial has a grained, pearly surface that’s similar to that found on last year’s Grand Seiko Spring Drive 8 Day. Both are created with a similar technique, though not identical. The hands and indices are vintage Grand Seiko, precisely cut with a diamond-tipped tool to create razor sharp edges. They catch the light to increase visibility, but also give the dial a sensation of tremendous quality. Because this is a Grand Seiko produced by an independent brand, only its logo sits at 12 o’clock. In contrast, earlier generations had both the Grand Seiko and Seiko logos on the dial. While complaints of cluttered dials in the past were justified, the dial feels slightly empty now. A sapphire back shows off the calibre 9S68, an automatic with a three day power reserve. Rated to -3 to +5 seconds a day, the 9S68 is robustly built and well engineered, but its decoration is typical of Grand Seiko, which is to say obviously applied by machine. While not luminously hand finished like the Seiko Credor Eichi II, the Grand Seiko movement has its own charm, being very, very precisely finished. And where it matters, and cannot be seen, the movement is hand-finished. The pivots of the escapement for instance are polished by hand.

Correction March 26, 2017: The dial finish on the SBGR305 is similar to that on the Grand Seiko Spring Drive 8 Days, not identical as stated earlier.