Swiss watch exports rose to SFr21.2 billion for the whole of 2018, a rise of 6.3% compared to the previous year, according to trade body Federation of the Swiss Watch Industry (FHS). The positive performance for the year came despite a soft second half, with exports starting to weaken in September 2018. Because Switzerland produces primarily luxury watches, its timepiece exports are a proxy for the entire luxury watch market, so the numbers point to a slow start to 2019 for the industry at large.

The three most important watch markets – together accounting for over a third of exports – grew in 2018, with Hong Kong up 19.1%, the United States up 8.2%, and China, 11.7%. But like the world as a whole, both Hong Kong and China saw exports dip in the second half. Exports to Hong Kong eked out a 0.5% rise in December, while in China they fell 10.1%.

Europe fared poorly for 2018, with Swiss exports down 8.3% for the region, which includes Eastern Europe. Sales in key markets in Europe rely substantially on tourists, and because tourist numbers dipped in several major countries, sales were hit.

The United Kingdom saw tourist arrivals fall in 2018 after a sharp rise in 2017 due to a sterling pound weakened by Brexit, and Swiss watch exports correspondingly fell 4.4% for the year. Though France gained 9.1%, growth went into reverse as 2018 came to a close, with December showing a sharp 11.6% drop, mainly due to the yellow vest protests that started in November.

None of the industry insiders at the recent SIHH trade fair were bullish for the first half of 2019, with uncertainty being the primary sentiment. The export figures bear that out. 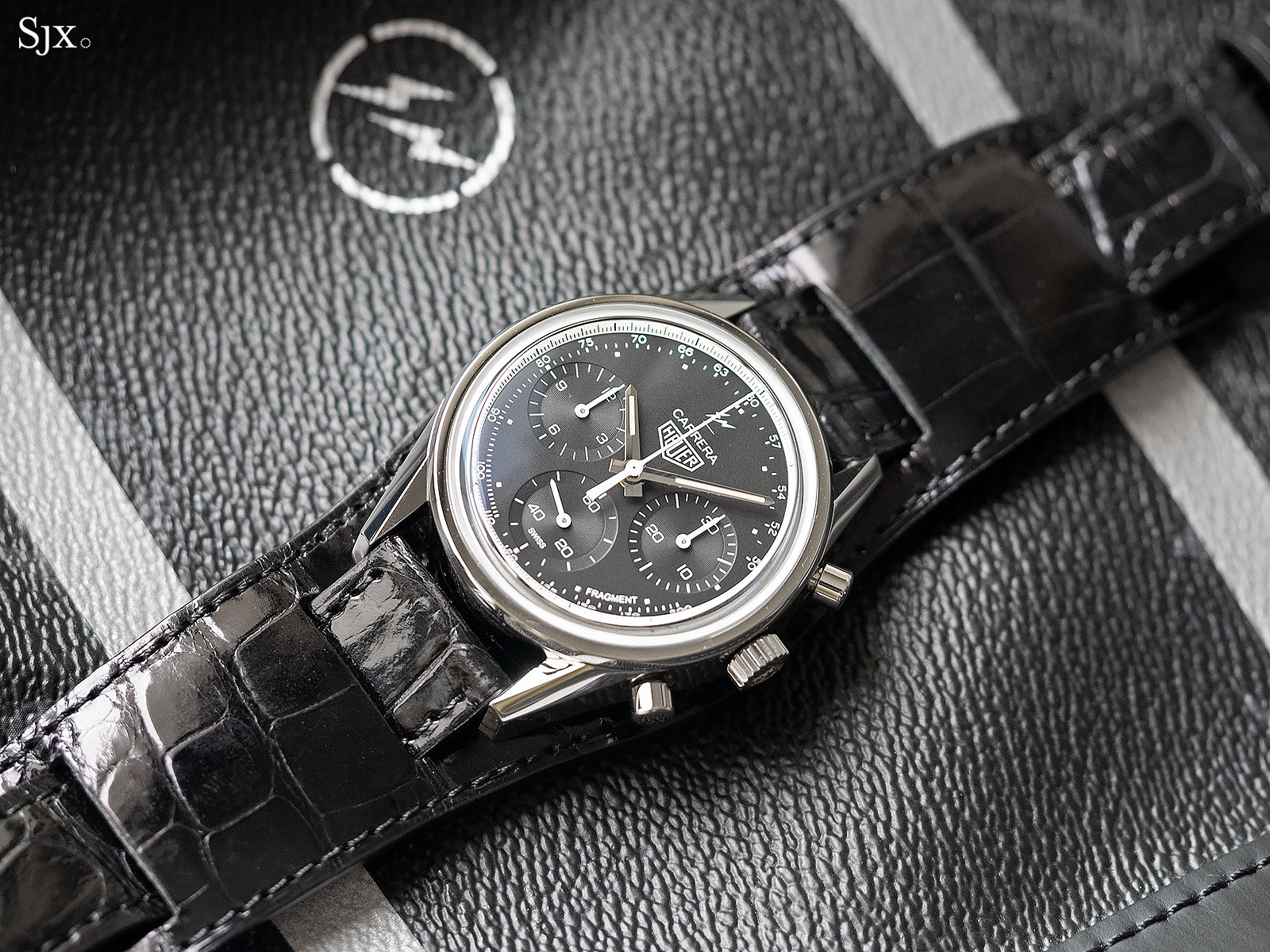 A cult figure in streetwear, Japanese designer Hiroshi Fujiwara has applied his aesthetic sensibility to objects produced by some of the world’s biggest brands, including Louis Vuitton and Moncler (and he even got a cameo in Lost in Translation).

Mr Fujiwara also a vintage watch collector who shares photos and thoughts on his personal portal Ring of Colour, so it’s unsurprising the TAG Heuer Carrera he styled is well put together, very much the work of someone who is intimately familiar with vintage watches.

Announced late last year and only recently arriving in stores, the TAG Heuer Fragment Design Carrera Heuer 02 is inspired by the Carrera ref. 2447 NT of the 1960s. The “NT” suffix is short for “noir, tachymetre”, hence the black dial with a tachymetric scale on its periphery. The Carrera Fragment Design feels a lot like the 2447 NT, with a few extra details in the mix, but its crucial quality is proper proportions. Mr Fujiwara’s sensitivity to the nuances of vintage watches are evident here. The case is bigger than the original, at 39mm in diameter compared to just 36mm, and also thicker due to the movement, but largely retains the same proportions. That extends to the characteristic facetted lugs as well as the domed sapphire crystal. In fact, crystal is highly domed enough it might pass for an acrylic crystal at first glance. As a result, even though the Carrera Fragment Design is significantly larger than the 2447 NT – 39mm vs 36mm, and also thicker – the watch doesn’t appear substantially larger and still retains the look of the original. Lightning bolts front and back

Despite the perfect case proportions, and despite the faux vintage Super-Luminova on the dial and hands, the Carrera Fragment Design has enough extra details on the dial to mark it out as a modern watch. Fragment Design’s double lightning bolt logo sits at 12 o’clock, along with “Fragment” in between four and five. Examined up close the dial is notably well done, better than the average for watches at this price point. All the markings are precisely printed, even on the chronograph registers with concentric guilloche. The Fragment Design logo is repeated on the sapphire back, which reveals the Heuer Calibre 02 movement. It’s an in-house, automatic chronograph movement that features a column wheel and vertical clutch, pretty much standard equipment for modern chronograph calibres. And its power reserve is a longish, and useful, 75 hours.

The Heuer Calibre 02 is relatively thin for a chronograph movement at 6.95mm, the Valjoux 7750 is 8mm by comparison, but still larger than the hand-wound Valjoux 72 in the original Carrera ref. 2447 NT. But because the proportions of the case are correctly done, the watch feels properly sized. The movement features a black-coated rotor and balance cock, which suits the style of the watch well. Though the decoration is industrial, it is clean and thorough. That means wheels have circular graining while recessed areas of the bridge are sandblasted. The Carrera Fragment Design looks and feels like a watch that was conceived by someone who knows exactly what he is doing. Everything about it works well, which is hard to accomplish with vintage remake watches, especially given the constraints of modern watchmaking like movement thickness and water-resistance. It’s also accessibly priced, and also priced on par with the competition in the segment of sports chronograph with in-house movements, like Breitling for instance. The only comparable watch that is priced significantly lower is the Tudor Black Bay Chrono, which despite being a champion in terms of value, doesn’t quite match the Carrera in terms of appealing style.

Unsurprisingly, the Carrera Fragment Design won’t be the last collaboration between TAG Heuer and Mr Fujiwara. Jean-Claude Biver, now the non-executive chairman of the LVMH watch division, confirmed earlier this month that the second Fragment Design watch will be introduced in 2019. It’ll be another vintage-inspired chronograph, probably the Autavia, given a facelift by Mr Fujiwara.