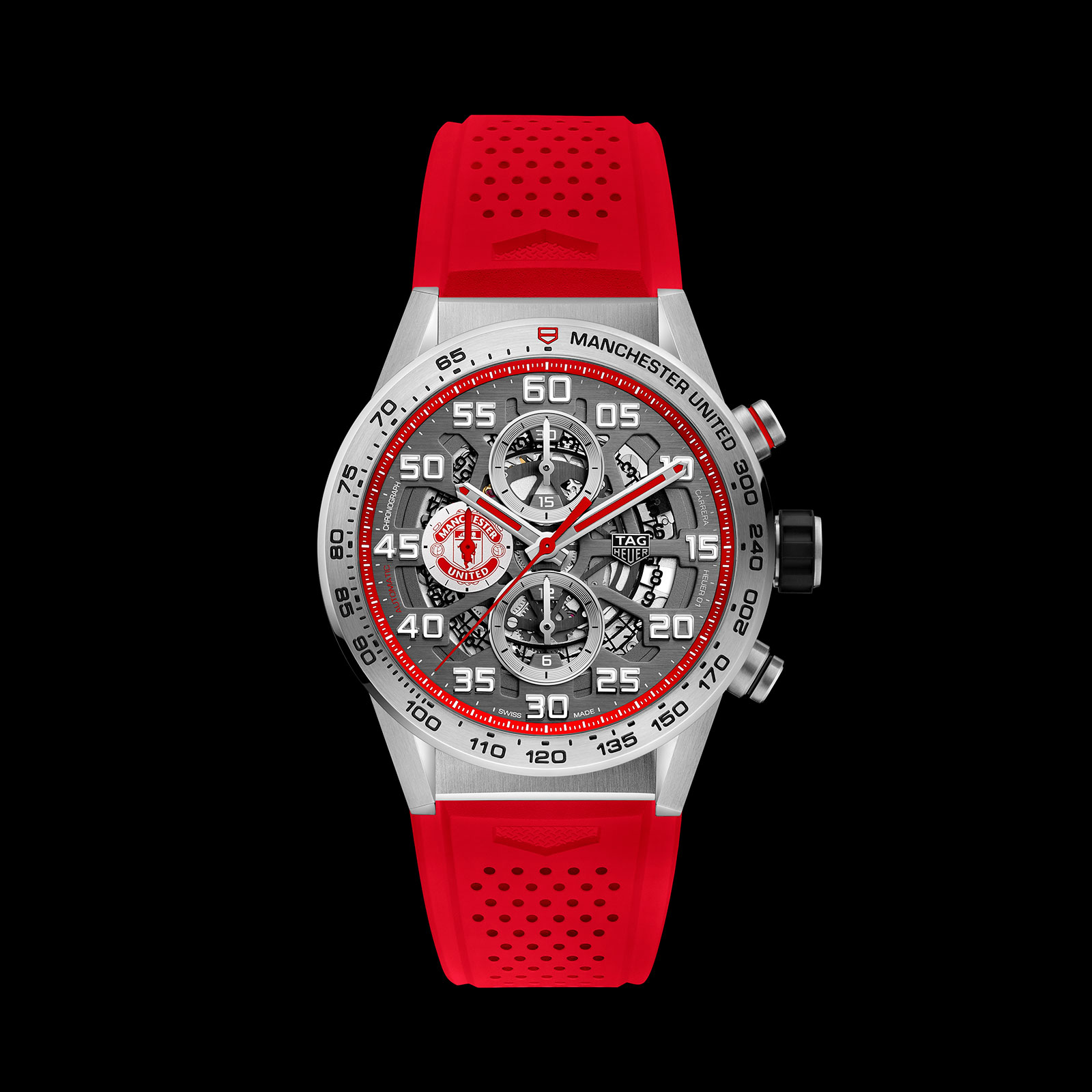 Just as Manchester United starts its pre-season tour of the United States, TAG Heuer has introduced a new edition of its flagship Carrera Heuer 01 chronograph dedicated to arguably the world’s most famous football club (or soccer for Americans).

Slated to be worn by United’s players in the upcoming English Premier League season, the watch is based on the Carrera Heuer 01 with the team’s signature colour doled out in small amounts. In typical TAG Heuer style, the dial is skeletonised, as is the date wheel. One element that sets it apart from the ordinary model are the five-minute markers for the hours.

In addition to the red accents, the club’s logo takes pride of place at nine o’clock – though the Red Devil emblem is hidden by the seconds hand – while “Manchester United” is engraved on the bezel. And as if to make up for the obscured logo at nine o’clock, the club emblem is repeated, and enlarged, on the sapphire case back. The case is the standard 43mm, but while most versions of the Carrera Heuer 01 have cases made up of a combination of materials, the modular case here is entirely in brushed steel.

Inside is Calibre Heuer 01, an in-house, automatic movement with a column wheel, which is covered by the large Manchester United logo. It runs at 4Hz and has a 50-hour power reserve.