Having just announced a limited edition with a gold case and semiprecious stone dial, TAG Heuer has debuted another all-gold Carrera, the Carrera Chronograph “JPS”. It features an 18k yellow gold case matched with a black-and-gold dial inspired by the 1158 CHN chronograph of the 1970s, a colour combination better known as the “JPS”.

That’s is short for John Player Special, a cigarette brand that sponsored the Lotus Formula 1 team in the 1970s. Its brand colours were black and gold, which was also the paintwork for the Lotus race cars. That led to the “JPS” label for the Rolex Daytona in the same colours, though the nickname has since been applied to sports chronographs in the same livery. The Carrera “JPS” is essentially the same model that’s usually seen in steel, but now given a luxe makeover with a gold case and “JPS” dial. In typical Carrera style it opts for a two-counter look with a “ghost” seconds at six, resulting in a vintage vibe although the case is a very modern and slightly chunky 42 mm in diameter.

But the new Carrera really is all about the dial, which is no doubt meant to evoke what is now a million-dollar watch. While the market for vintage Daytonas has plateaued or even declined since its peak four years ago, the Daytona “JPS” has continued to sell for large sums, with a handful crossing the million-dollar mark over the past year. Besides the rarity of the model, the value also reflects the intrinsic appeal of the black-and-gold livery, which is both striking and easy to appreciate. The new Carrera attempts to capture the same look in a straightforward manner and mostly succeeds. It reproduces the high-contrast palette and also gets the details right, like the black date disc. That said, I would have hoped for a gilded outer seconds track like the namesake Daytona.

At US$21,500, the Carrera “JPS” is priced competitively for a solid-gold chronograph with an in-house movement. It is not a limited edition, so it should be easily available, though I foresee it being made in limited numbers since its price point is far above the average for TAG Heuer. 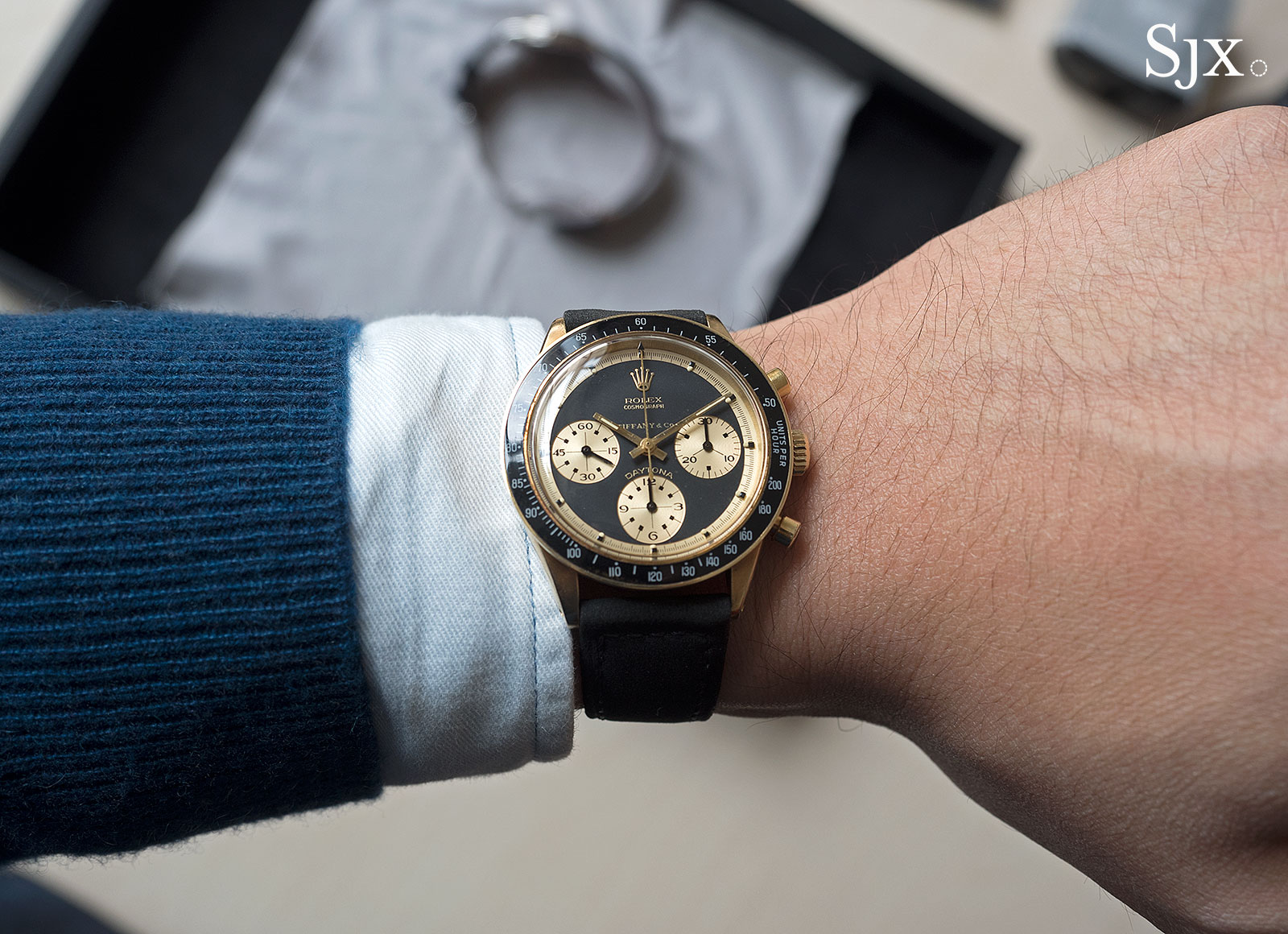 The Carrera “JPS” has a black dial with a radially-brushed, metallic finish, along with two recessed registers in yellow gold gilt. The hands, applied hour markers, and even the frame for the date window are similarly gold plated. Measuring 42 mm in diameter, the case is 3N gold, a richly-yellow alloy that’s been brushed on the sides and polished on top. It contains the Calibre Heuer 02, an in-house movement with an 80-hour power reserve. The rotor has been coated black and features gold-filled engraving to match the dial. 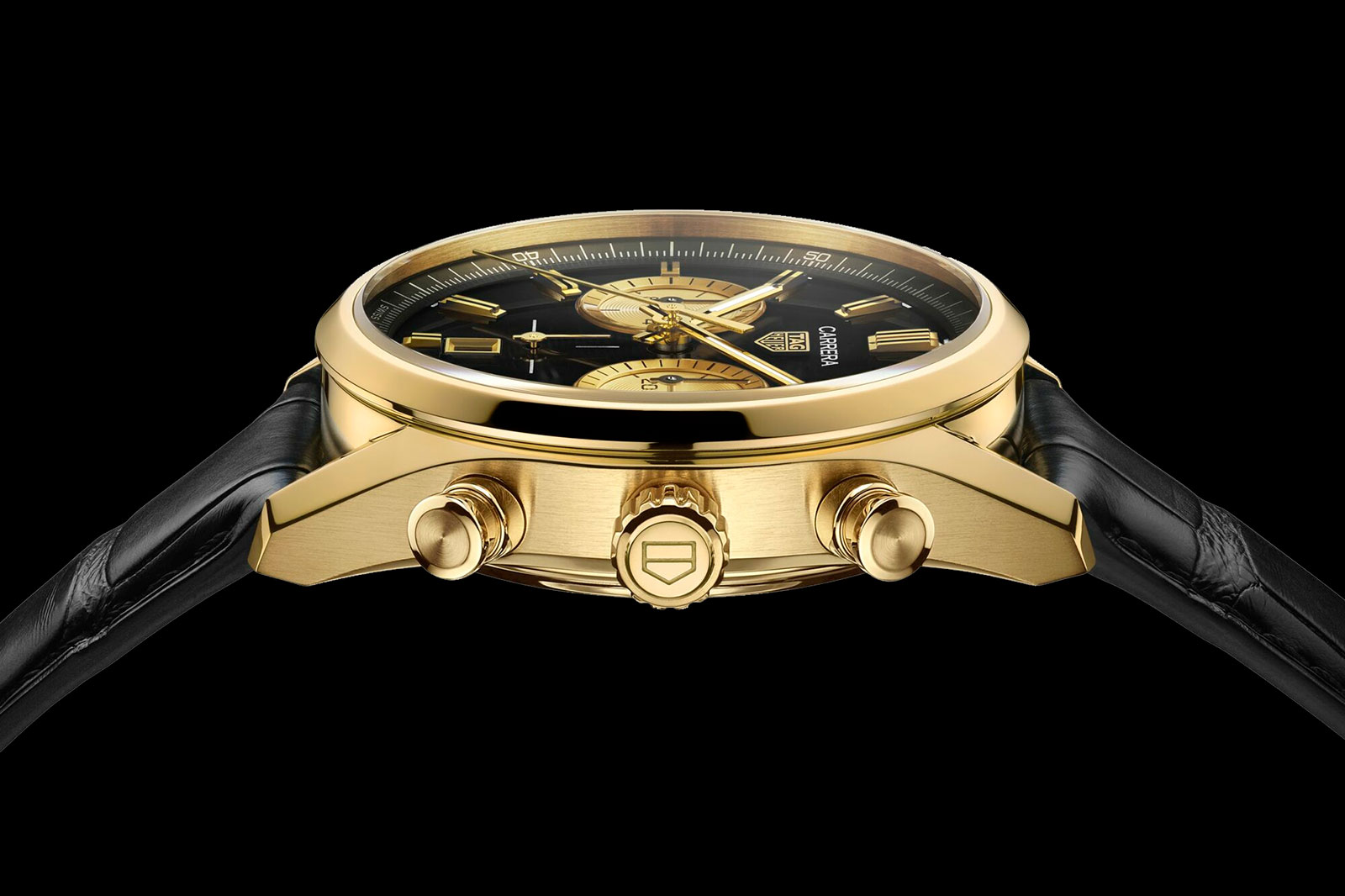