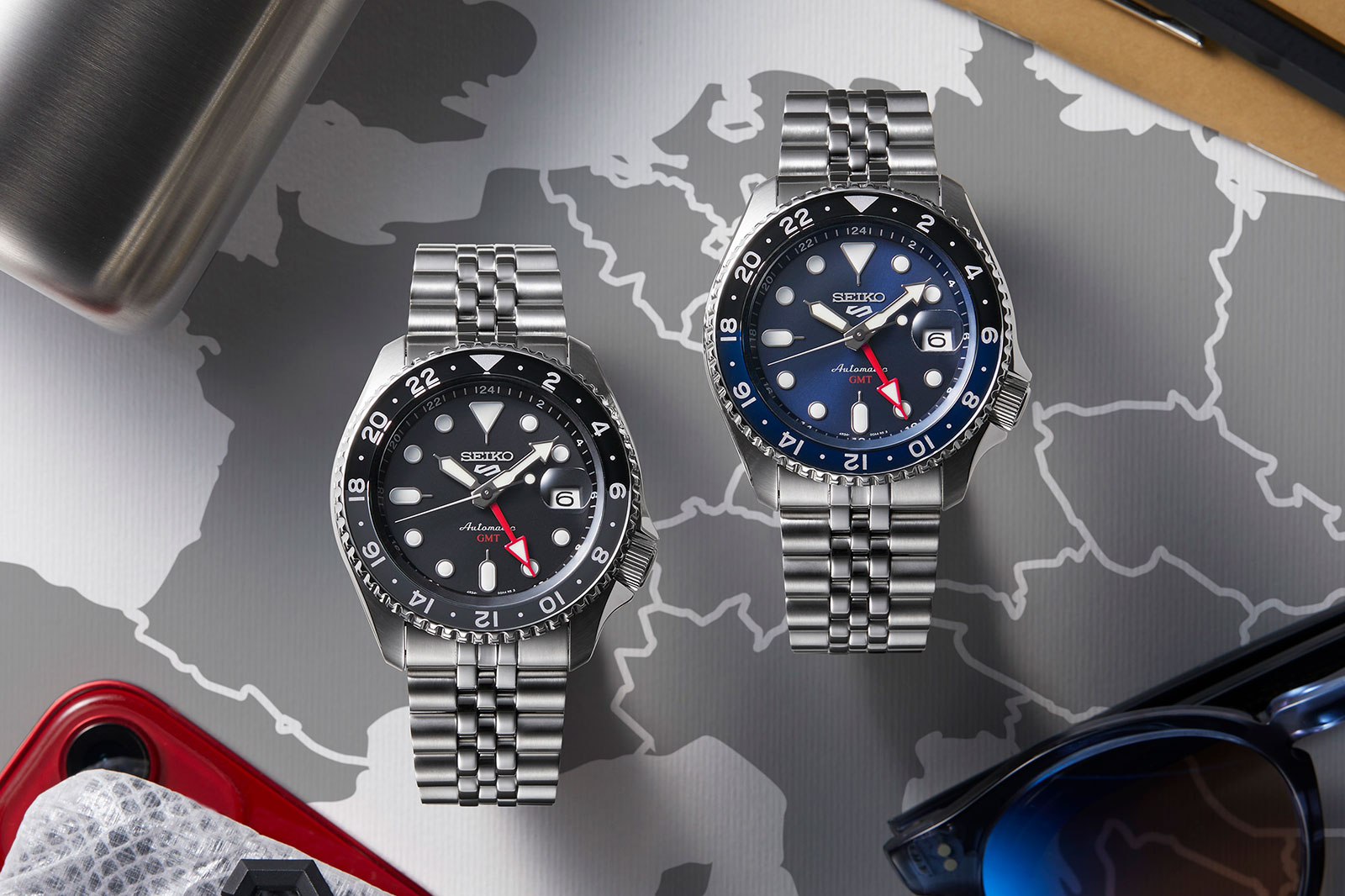 Having received a facelift in 2019, the Seiko 5 Sports collection draws on the ubiquitous and much loved “SKX” dive watch for its styling, but is lighter on features and easier on the wallet.

Now Seiko has unveiled the Seiko 5 Sports Style GMT, which looks even more like an SKX thanks to its five-link bracelet. But its key feature is actually a major function upgrade: the two-tone bezel and 24-hour hand make it a dual-time zone travel watch. 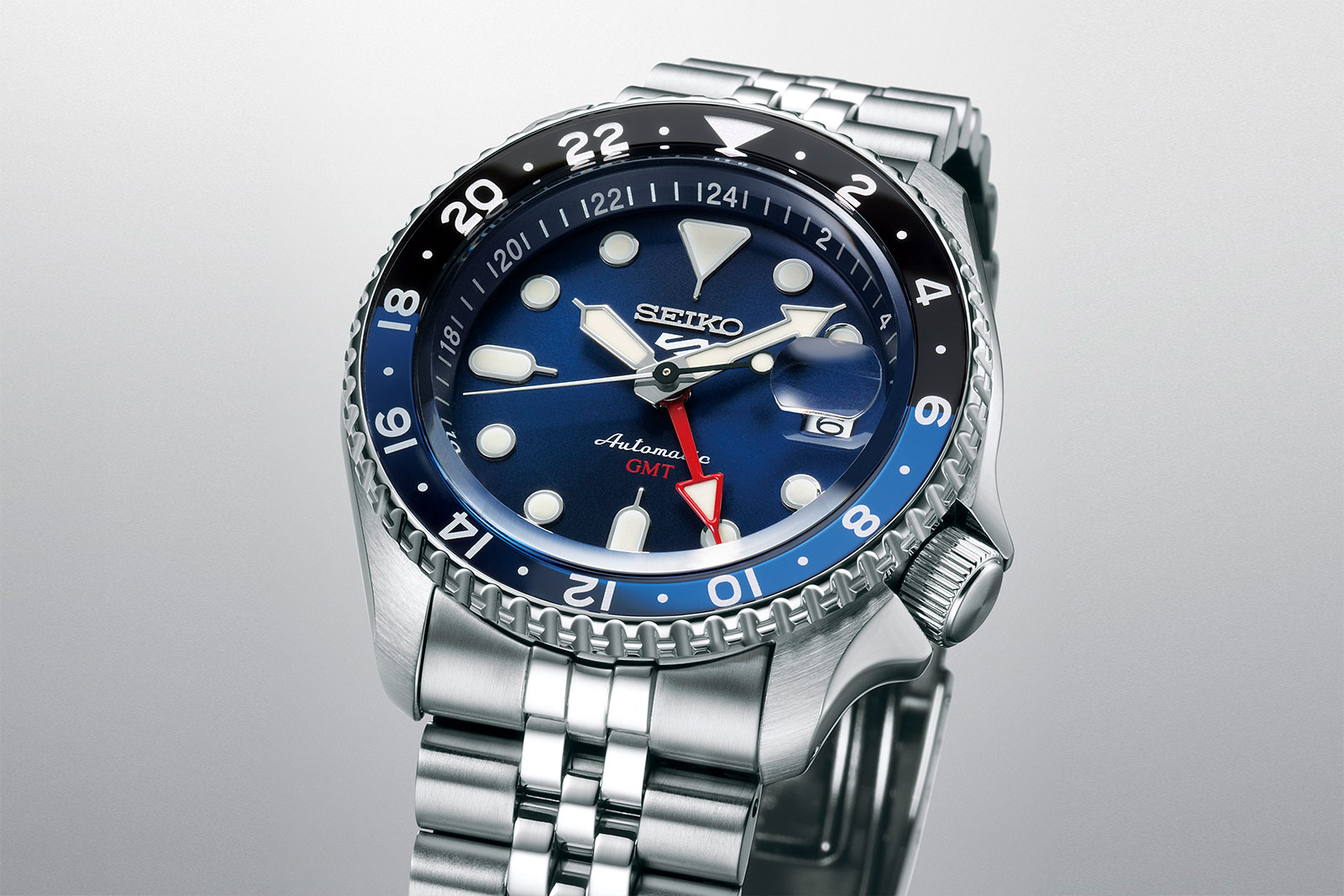 Though similar to the base-model Seiko 5 Sports, the GMT distinguishes itself by virtue of design. It possesses the same overall look but boasts more refined stylistic details like the five-link bracelet and bezel with smart typography, which gives it a more upscale look than the standard model.

At the same time, the GMT has a bit more flair than an actual SKX diver (which is a nevertheless is a more accomplished dive watch) as a result of its dual time zone function. I like the added colour contrast between the 24-hour hand and dial, as well as the subtly two-tone bezel. And even though it has more elements due to the extra function, the design and details are restrained.

And it’s worth mentioning that while the bracelet has the same Jubilee-esque aesthetics as that of the SKX diver, it has been upgraded with solid end links, which means it should feel less dinky that the SKX bracelet. 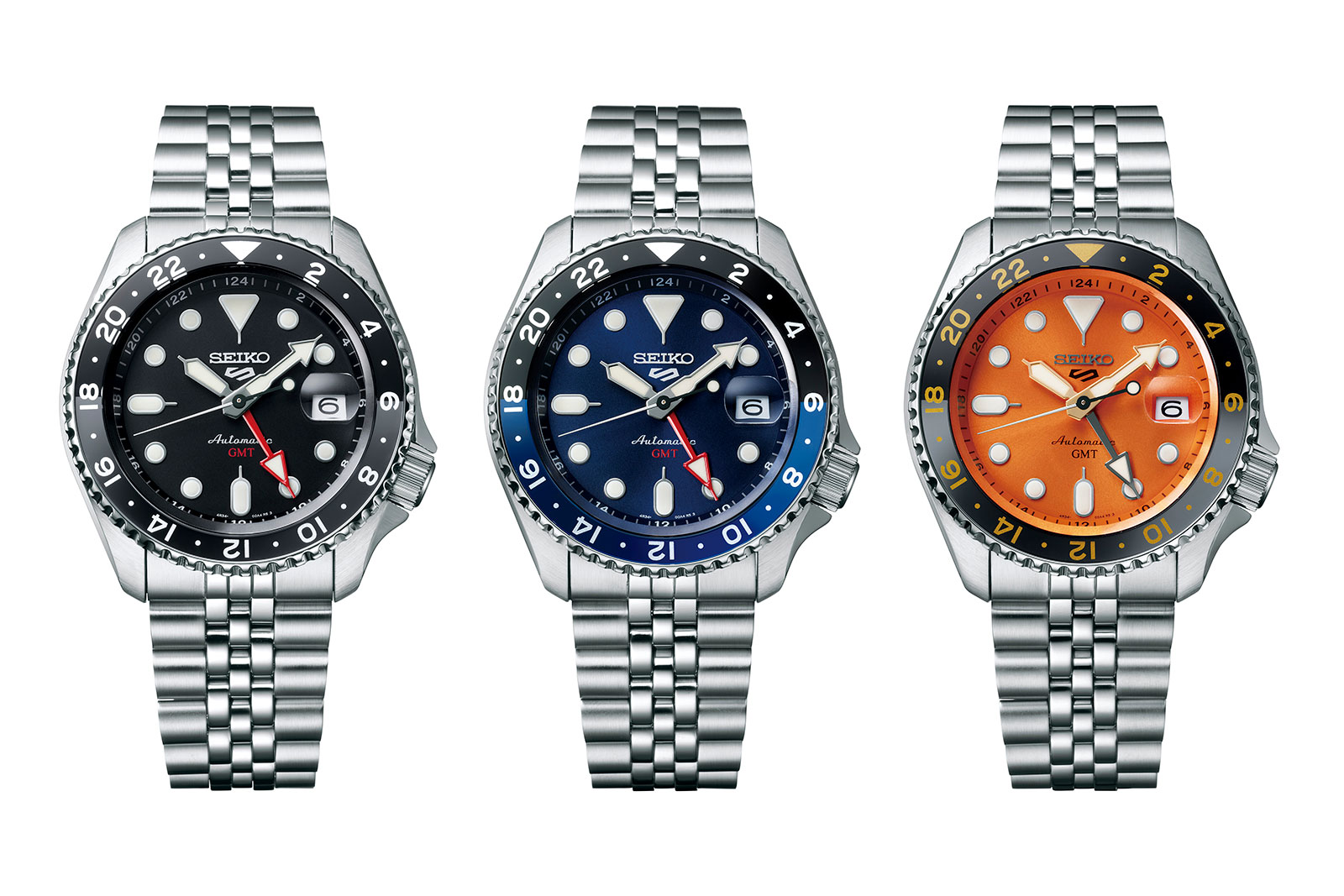 All three versions are executed well

The only downside of the watch is that it’s not a true GMT watch. In other words, the 24-hour hand is independently adjustable, rather than the local time hour hand as in watches like the Rolex GMT-Master II or Grand Seiko GMT. This means setting the time when crossing time zones is slightly more tedious, but certainly an acceptable compromise for the price.

And the price is modest to say the least. The handsome design can be had for the competitive price of about US$500, making the GMT a strong value proposition that is almost unmatched in its price segment. With Seiko’s watches known to be robust, the GMT is the perfect watch for worry-free travel.

Affordable and functional (to a point)

While twin time zone watches are common, few of them are as affordable as the Seiko 5 Sports GMT, and even fewer are as functional. The GMT is straightforward in its legibility and utility. For example, both the bezel as well as flange around the dial are have prominent 24-hour scales, allowing the watch to indicate up to three time zones simultaneously.

Also notable is the fact that the bezel lights up at night, since its markings are filled with Lumibrite, Seiko’s proprietary luminous compound. A fully “lumed” bezel is increasingly common for dive watches, but remain unusual for a dual time zone watch.

And the luminous bezel insert is further covered with a Hardlex ring, which protects the markings below and gives it a shiny surface that evokes a sapphire bezel insert. 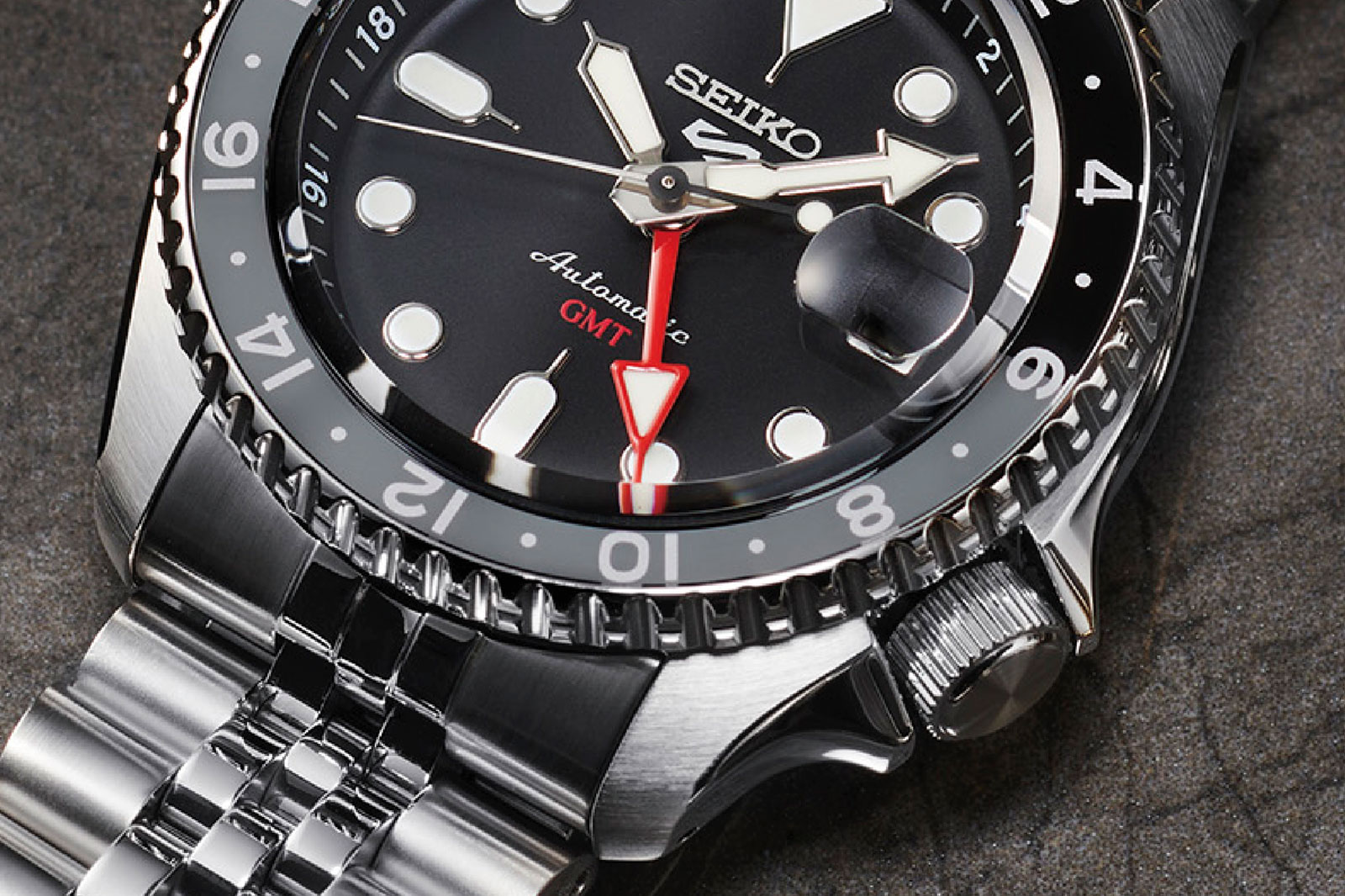 The SSK001 is simplest of the trio but is far from basic; amongst its details are the subtle black-and-grey bezel that is only apparent up close or under strong light

Inside the watch is the cal. 4R34, a new movement that is derived from cal. 4R36 found in the standard Seiko 5 Sports. But the new movement replaces the day display of the 4R36 with a 24-hour hand. The substitution, as opposed to addition, of the second time zone complication is likely the reason why the GMT is only 0.1 mm thicker than the standard model.

But the fact that the base movement was not conceived as a second time zone calibre shows up in its functionality. The local-time hour hand cannot be set independently as is the case in true-blue GMT watches.

That setup means it takes a few more steps to adjust the two time zones displayed on the watch. A full-fledged GMT watch only requires pulling the crown to the second position and setting the local time hand. In contrast, the Seiko 5 GMT requires the local time hands to be set, followed by the 24-hour hand. And then the date has to be set if the particular time zone calls for it. 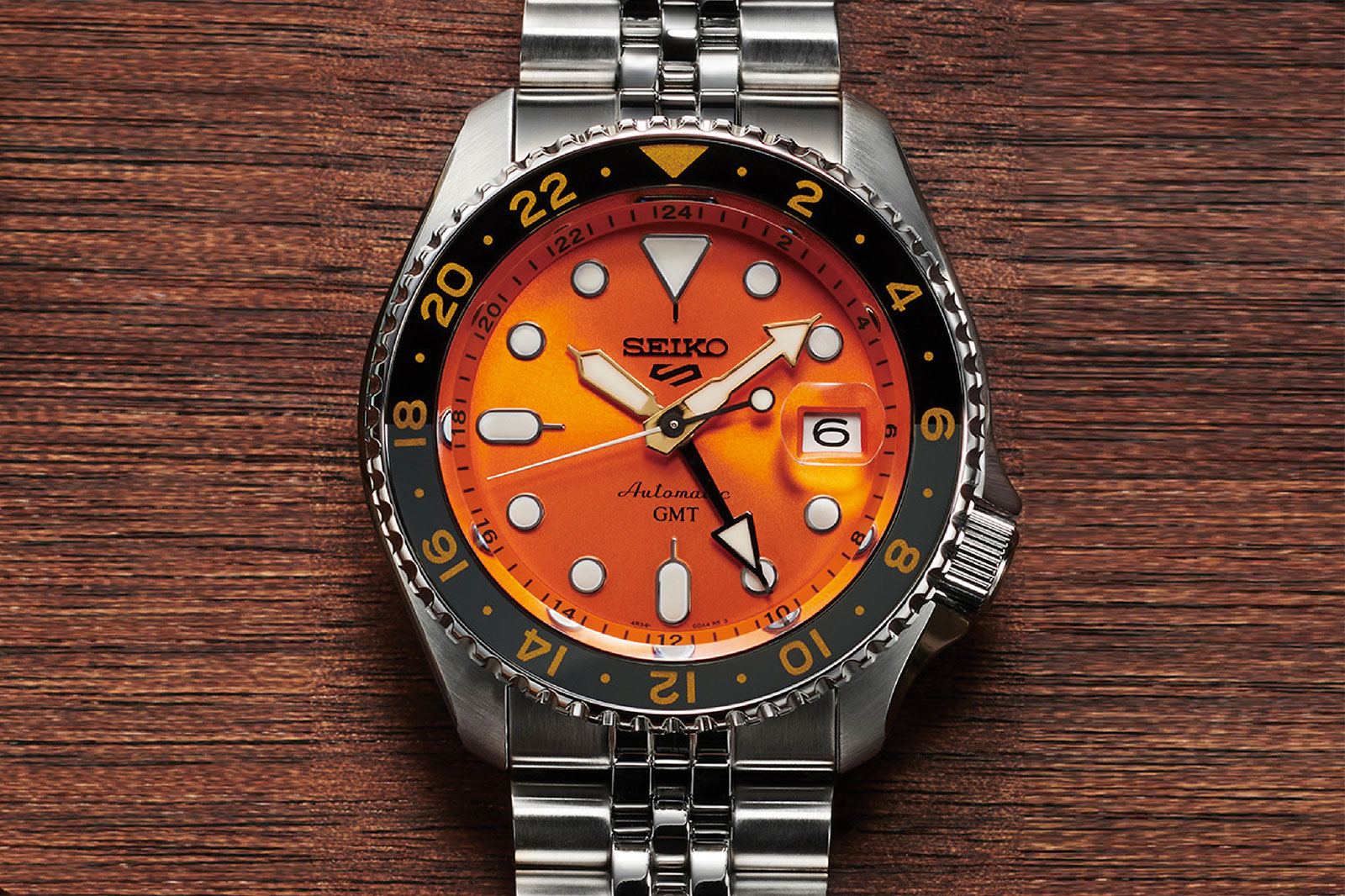 While the orange dial on the SSK005 is bright and bold (and nostalgic for fans of the “Orange Monster), the bezel is muted with a dark background 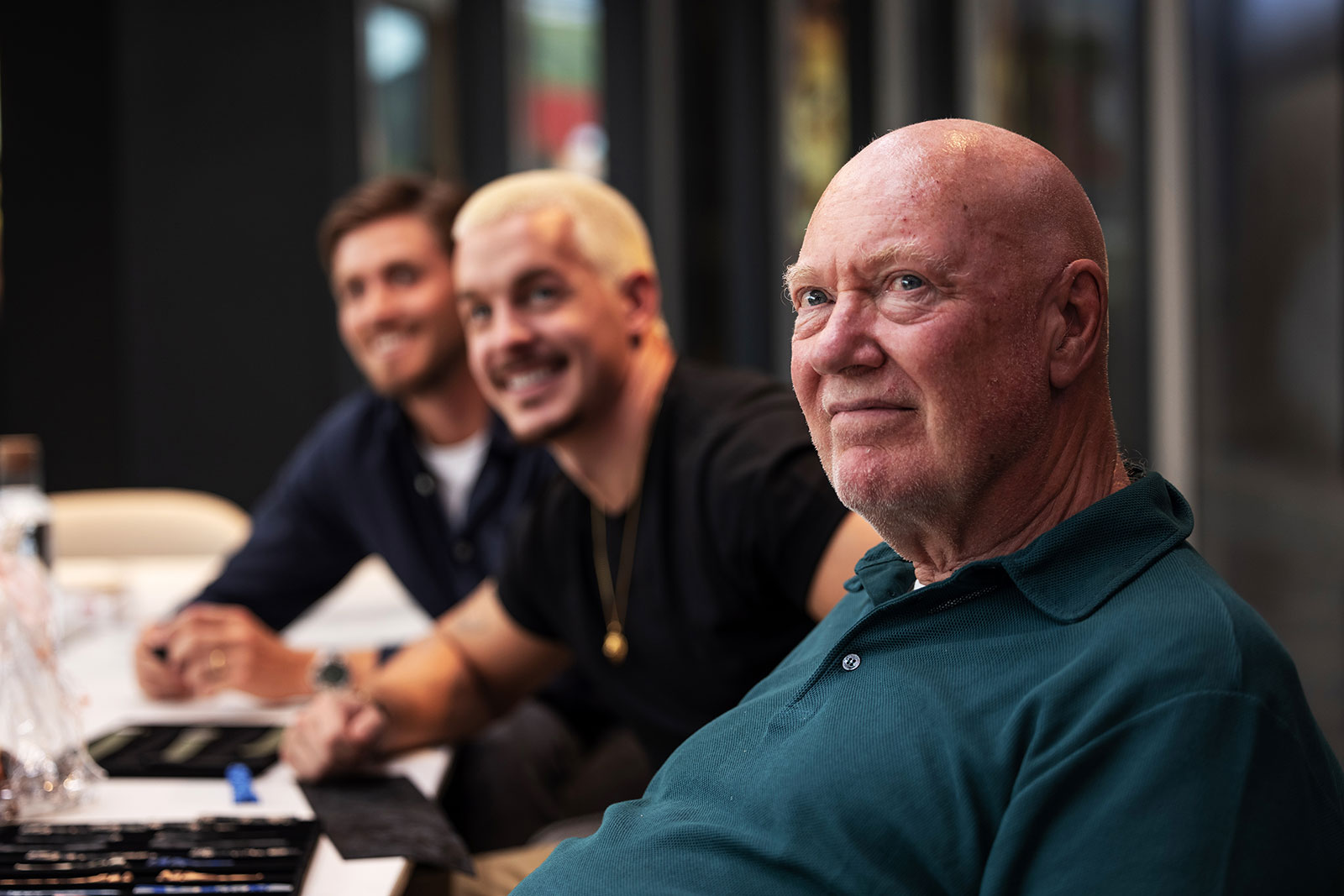 Founded by a duo who each hail from families long involved in Swiss watchmaking, Norqain is only four years old but has managed to firmly establish its identity as a maker of affordable sports watches. The brand is now helmed by young team with an average age of 35 – now the average is being nudged upwards by the addition of Jean-Claude Biver to Norqain’s board.

“My role… allows me to be associated with an exciting brand in an essential price-point for the Swiss watch industry,” says Mr Biver in the announcement of his appointment, “It is very important to have strong Swiss independent brands in different price segments and Norqain offers an exciting challenge to the status quo”. 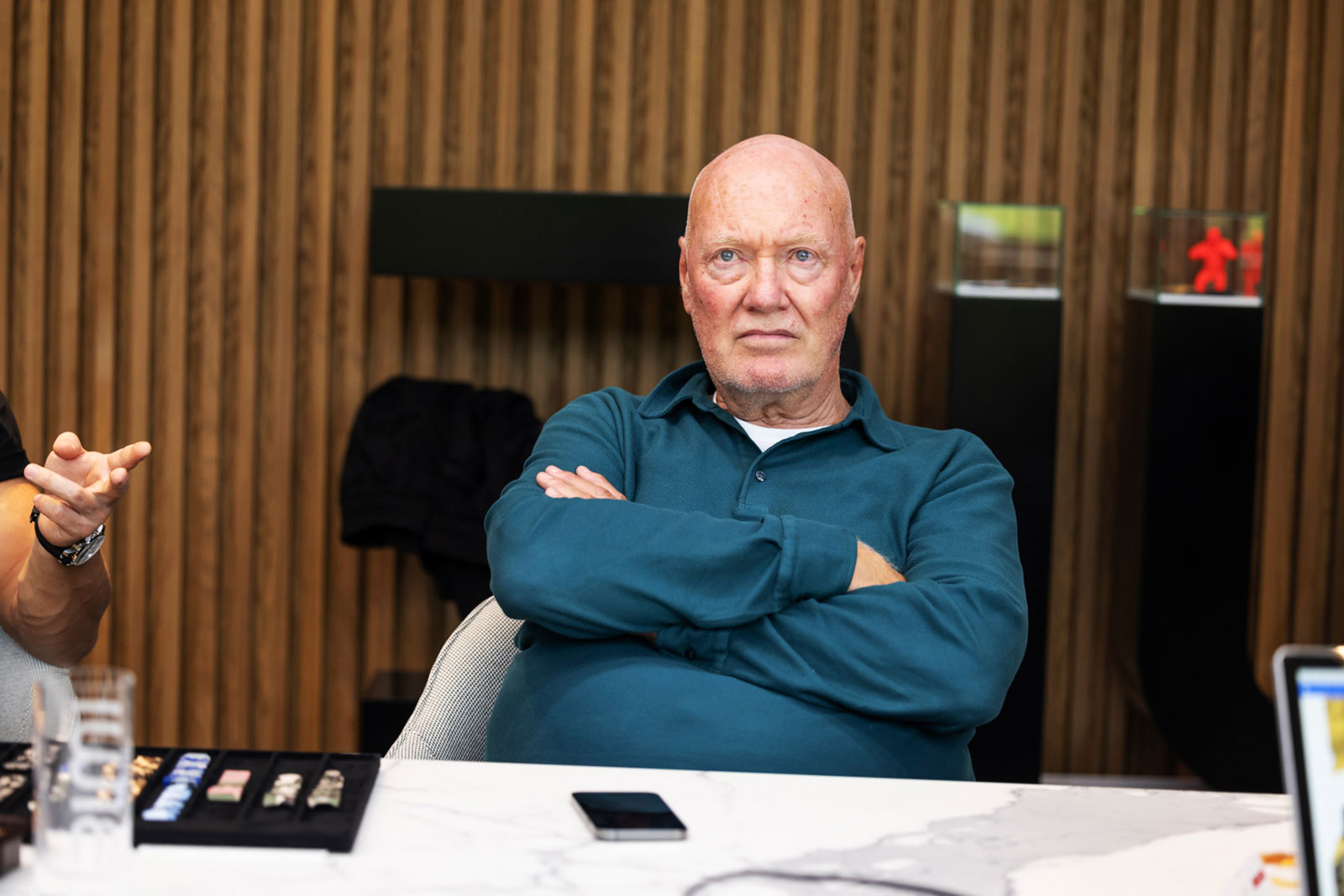 Norqain remains a small brand, but stands out for its use of calibres made by Kenissi, the movement manufacturer majority owned by Tudor and minority owned by Chanel. Perhaps thanks to the strong industrial base of both its owners, Kenissi’s movements are amongst the best in of the price-performance ratio.

The brand’s ability to call on a supplier like Kenissi is due in part to its founders, who were born into the industry.

Norqain’s lead founder is Ben Küffer, whose father, Marc, once ran Roventa Henex, the private-label watches that is perhaps the biggest of its kind in Switzerland. Another of Norqain’s founders is Ted Schneider, a member of the family that once owned Breitling.

Notably, the chief executive of Kenissi is Jean-Paul Girardin, who held the top job at Breitling while the brand was still owned by the Schneider family.