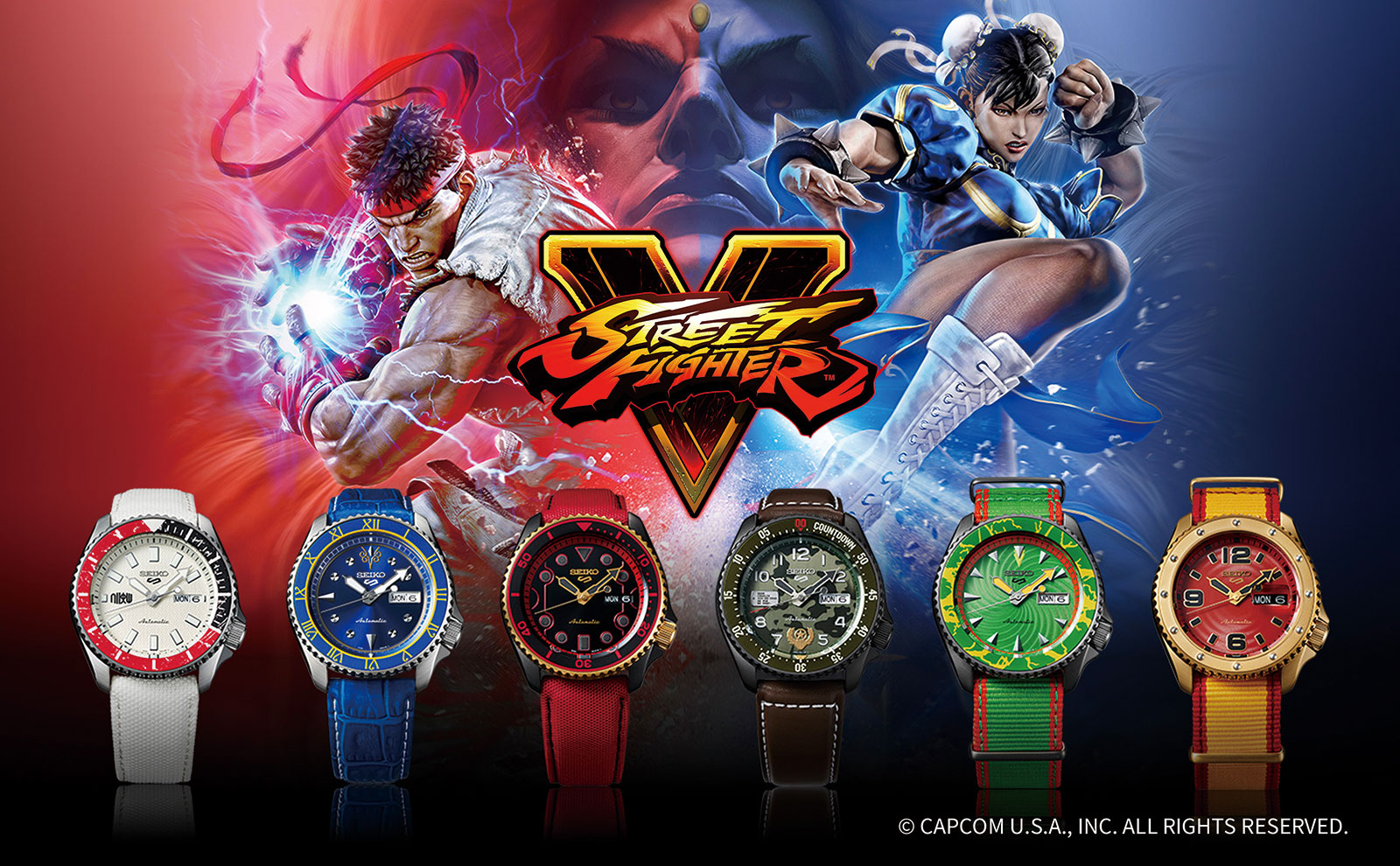 Introduced five decades ago, the Seiko 5 is much loved for its affordability and infinite variety. Last year Seiko gave the Seiko 5 Sports a complete revamp, giving it a diver “lite” look.

Now the redesigned watch is the base for the Seiko 5 Sports x Street Fighter V, a limited-edition collection that’s a tribute to the iconic one-on-one fighting video game developed by Japanese game maker Capcom. Each of the six watches in the line up is inspired by character from Street Fighter, one of the bestselling games in history, with some 45 million units sold to date and a major part of growing up in the 1990s. 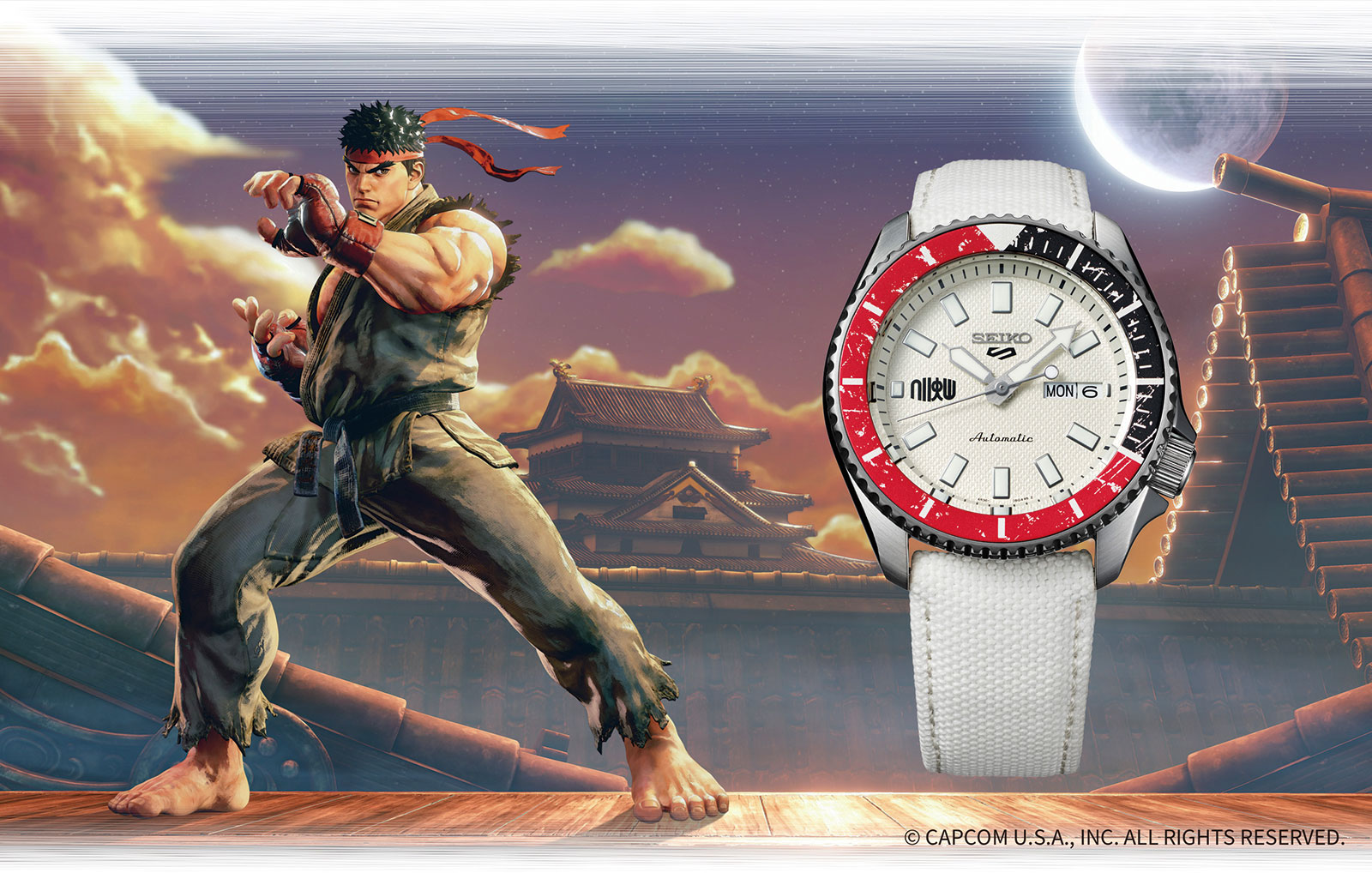 Essentially variants of the same watch with different dials and bezels, the Street Fighter editions have the same case as the regular production model, which means 42.5 mm wide, 13.3 mm thick, and a 100 m depth rating. While it sounds large, the watch is more wearable that the diameter suggests thanks to the short lug-to-lug span at 46 mm.

Also identical is the 4R36 movement and lack of a screw-in crown, which feels counterintuitive on a sports watch, though strictly speaking there is no practical difference between the two in everyday use.

However, the similarities stop there. The new limited editions escalate the fun factor with creative dial designs and bright colours. But the price has also increased steeply – the Street Fighter editions cost almost twice as much as the standard model – no doubt due to the royalties due to the game’s developer. Still, the Street Fighter editions are amongst the most affordable pop culture-collaboration Seiko watches to date, especially compared Prospex Gundam or Grand Seiko Godzilla editions. 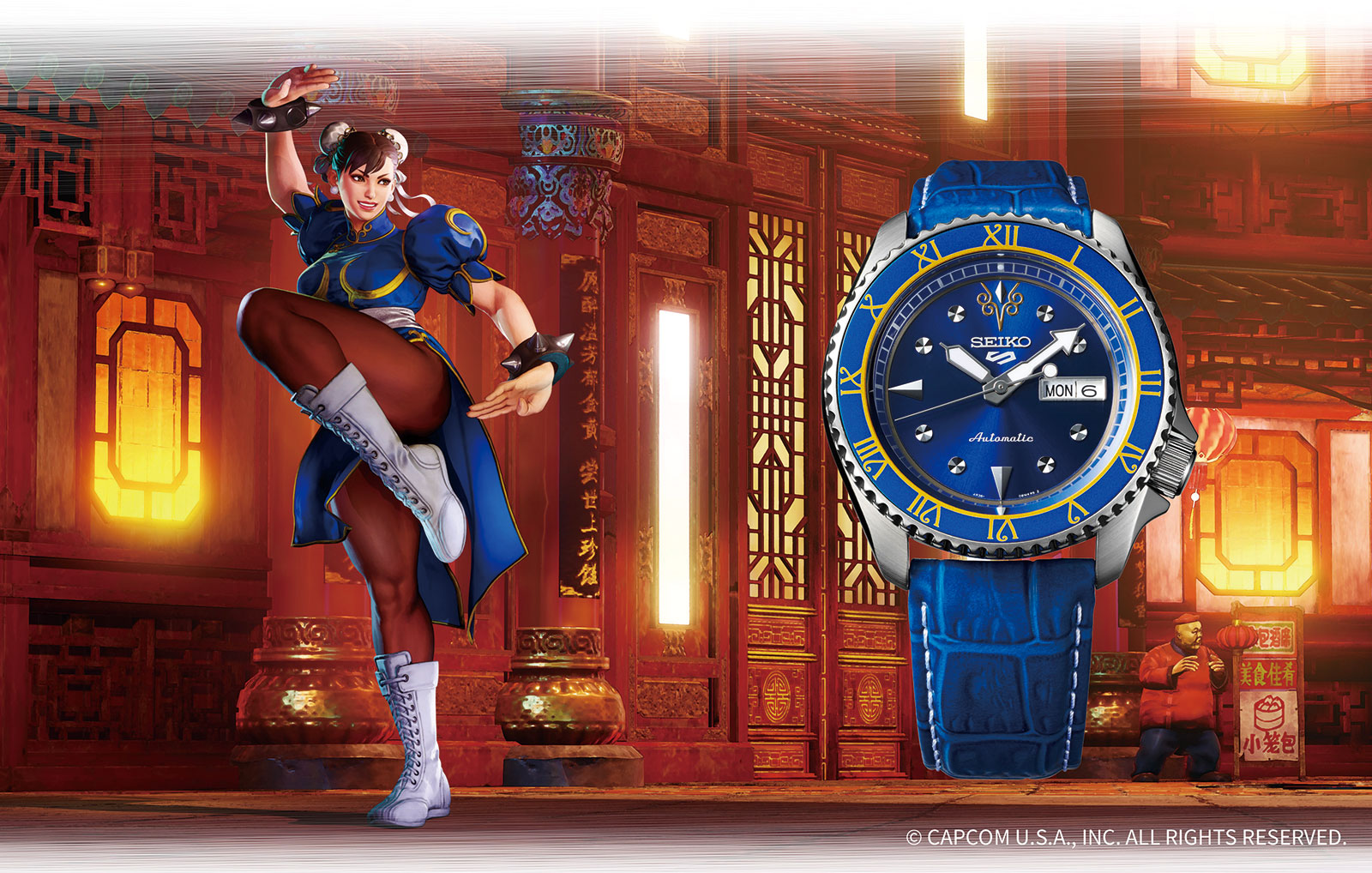 Using Chun-Li’s outfit for the colour palette, the SRPF17 features a blue dial with gold accents on the bezel. Arguably, the most elegant model in the collection, the SRPF17 has a simple overall design with details like the faceted hour markers that resemble the character’s spike bracelet.

The predominant white colour is based on the judo uniform worn by Ryu. According to Seiko, the faux scratches on the bezel are meant to evoke the character’s gruelling training. And the dial reads 风林火山, or furinkazan, at nine o’clock, a phrase found on Ryu’s gloves that translates as “wind, forest, fire, and mountain”.

The striking colour combination represents Ken’s costume. With its striking black-coated case and a gold-plated bezel – popular colours for sports watches in general – this watch should have a wider appeal for Seiko fans that might be unfamiliar with the associated video game. 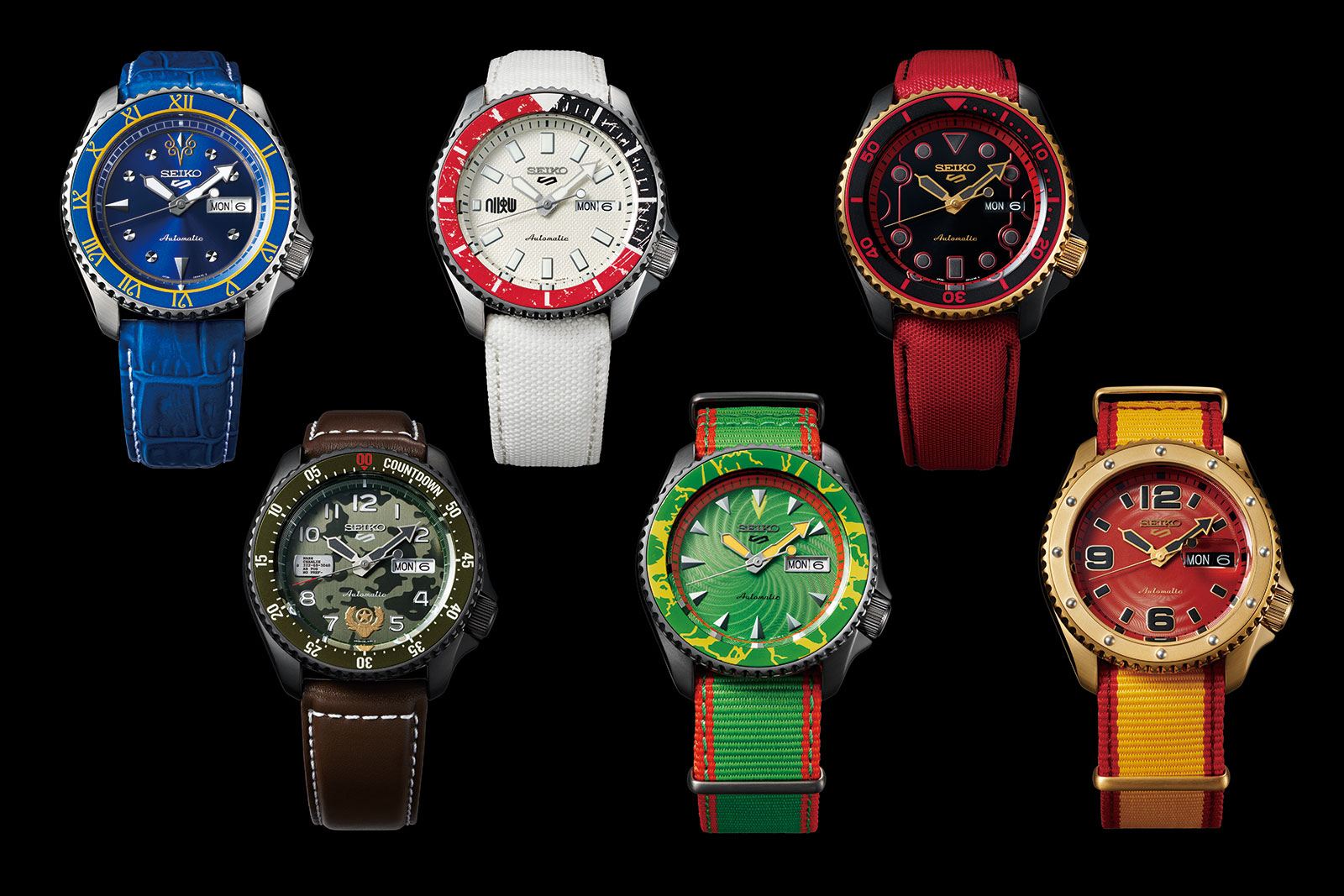 Reminiscent of Zangief’s special fighting move in the game – “Cyclone Lariat” – the red dial features a ripple pattern, while the oversized Arabic numerals and bolts on the bezel are intended to represent the character’s muscular figure and costume.

A lighting-bolt motif on the bezel to represent Blanka’s trademark move, “Electric Thunder”. Echoing Blanka’s skin and hair colour, the dial features a green spiral motif that contrasts against the orange chapter ring, colours that are continued on the NATO-style strap.

Reproducing the key elements of Guile’s US Air Force uniform, the watches features a green-camouflage dial and a winged emblem at six. Notably, the bezel features a countdown scale – basically a backwards 60-minute scale – that was often found on military-issue watches. As with the “Ken” watch, the military-sport look resulting from the black-and-camouflage livery of the watch will appeal beyond Street Fighter fans.

Strap: Calfskin or fabric depending on model

Limited edition: 9,999 pieces each
Availability: At Seiko Boutiques and selected retailers from September
Price: US$440