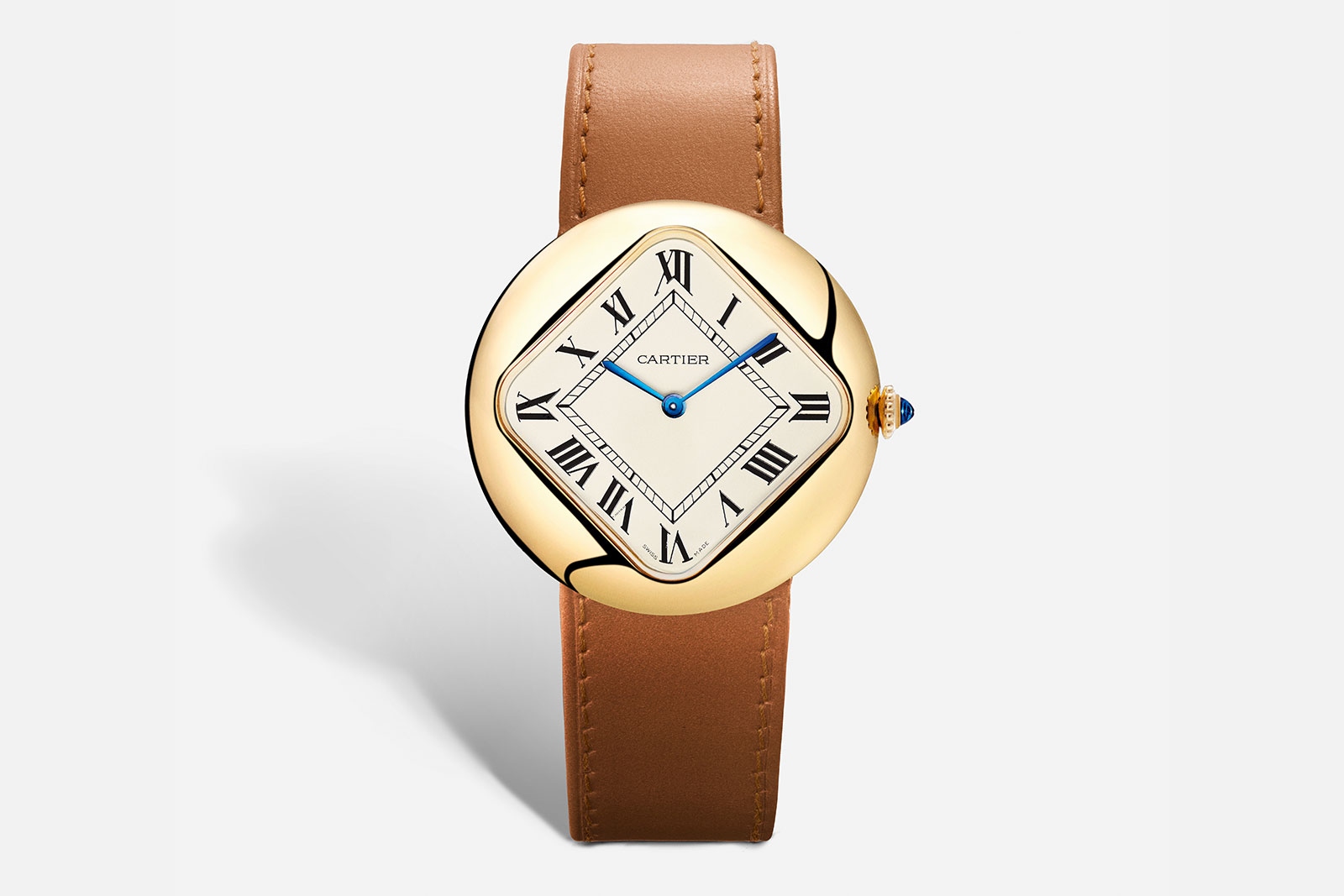 Widely anticipated due to inadvertent appearances on social media, the Cartier Pebble has now been officially announced, continuing the jeweller’s strong of vintage reissues like the Tank Cintree 150th Anniversary of 2020.

Formally known as the Pebble-Shaped Watch, the reissue is a limited edition of 150 pieces to mark 50 years since the original, which was conceived by Cartier London a few years after the Crash. While not as famous as the Dali-esque sibling, the Pebble is a simple yet distinctive design in the best tradition of Cartier – a square dial rotated 45 degrees from the horizontal within a perfectly round case.

Although not especially well known before last year’s record auction result for a vintage example, the Pebble is an easily recognisable design. At 36 mm it’s modest in size by modern standards, but stands out with its clean lines and peculiar but pleasing shape.

The remake smartly sticks closely to the original, so much so that they will be almost identical at a distance. For fans of Cartier’s classic and quirky style, the Pebble reissue is appealing – albeit at a steep price. The Pebble is twice as expensive as the Santos-Dumont lacquered case in gold that has the same movement, and 50% pricier than the Tank Cintree 150th that has an arguably finer, thinner calibre. The Pebble is a winner in terms of execution but the price is difficult to stomach.

Sometimes known as the “baseball”

The Pebble belongs to the group of oddly-shaped watches produced by Cartier London – then independent from its counterparts in Paris and New York – in the late 1960s and early 1970s. The Crash famously made its debut in 1967, while the Pebble arrived five years later.

While 2022 is the 50th anniversary of the model, the launch of the reissue is timed impeccably for another reason: an original example from 1972 was sold at Phillips in May last year for just over CHF400,000. And a month later an example from 1975 sold at Bonhams for slightly less. The Pebble from Phillips’ May 2021 sale. Image – Phillips

According to Bonhams, only six large Pebbles – measuring about 36 mm in diameter like the reissue – were produced. Five were yellow gold with a cream dial, while one was in white gold with a black dial. But not all Pebbles were identical; most had their lugs underneath the case like the reissue, while the example sold at Bonhams has visible lugs, giving rise to the “turtle” nickname.

Modelled on the streamlined version of the vintage original, the reissue retains almost identical design and proportions. Amongst the more obvious tweaks is the inclusion of the Cartier “secret signature” at seven o’clock, as well as the modern-day Cartier logo below 12 o’clock instead of the italic emblem found on the original. The Pebble is equipped with the cal. 430 MC, a hand-wind movement with a 38-hour power reserve. Made by Piaget where it is known as the cal. 430P, the movement is thin and compact, making it the go-to calibre for Cartier when it comes to smaller, manual-wind watches like the Santos-Dumont lacquered case.