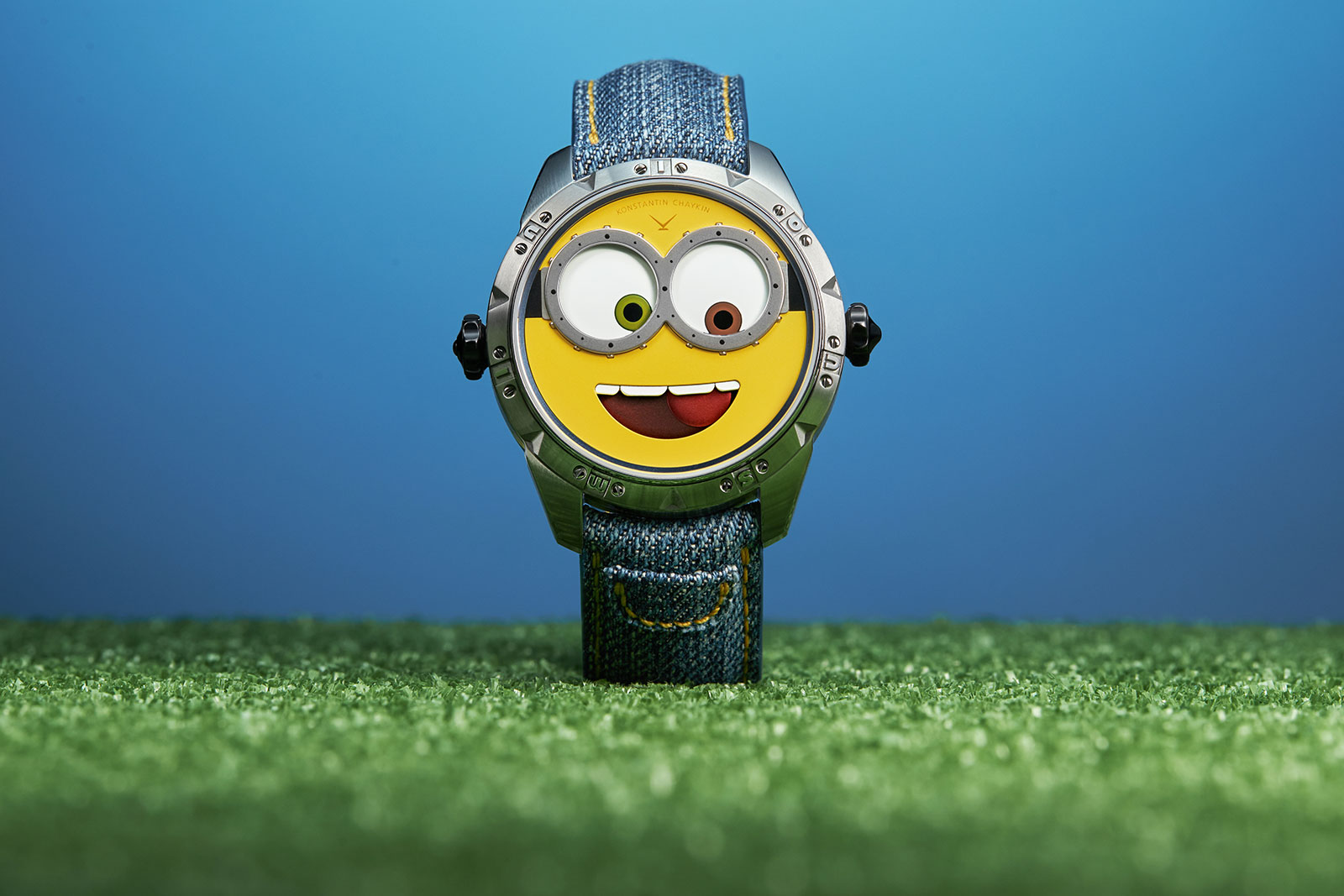 Konstantin Chaykin has iterated his bestselling Wristmon Joker frequently, installing new faces and complications  the “rolling eye” time display, including the sci-fi Martian Tourbillon that tells the time and date on Mars. Now he takes inspiration from Minions, a spin-off from the Despicable Me animated film franchise.

The Minions Watch recreates the diminutive yellow characters who are the henchmen of Gru, the supervillain protagonist of the movies. While it sticks to the same formula, the Minions Watch is slightly more compact than its predecessors, making it more wearable. 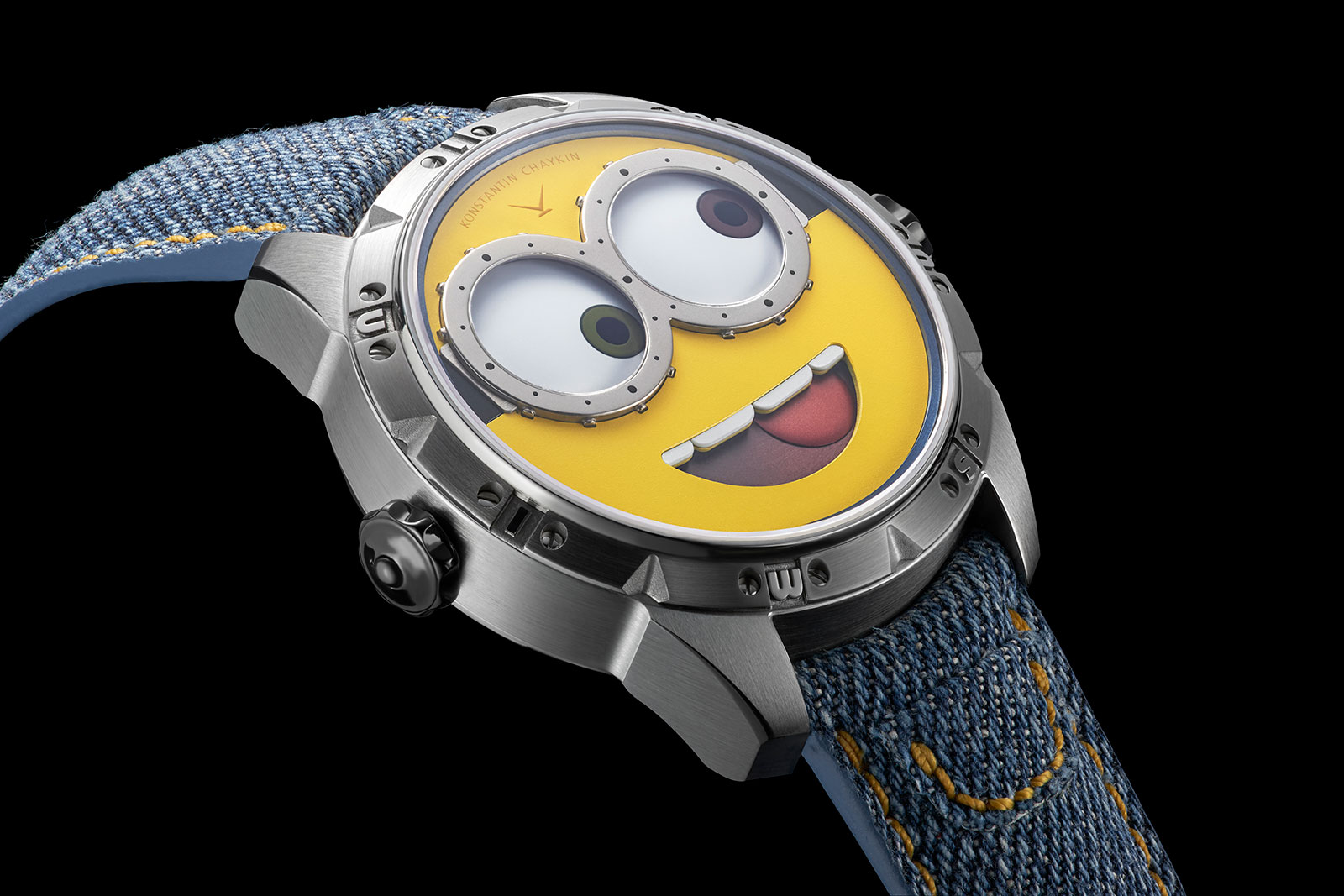 All of Konstantin Chaykin’s Joker watches are appealing because of their whimsical mechanics. Though Mr Chaykin has done a good number of variants, the Minions Watch stands out for being inspired by pop culture, which gives his signature watch a new dimension, at least relative to contemporary life.

That said, Minions might not have the longevity of Mickey Mouse or other iconic animated films, which might limit the long-term appeal of this watch.

That said, the Minions Watch costs about the same as the earlier Joker models, while also being more wearable, making it an appealing proposition on its own. 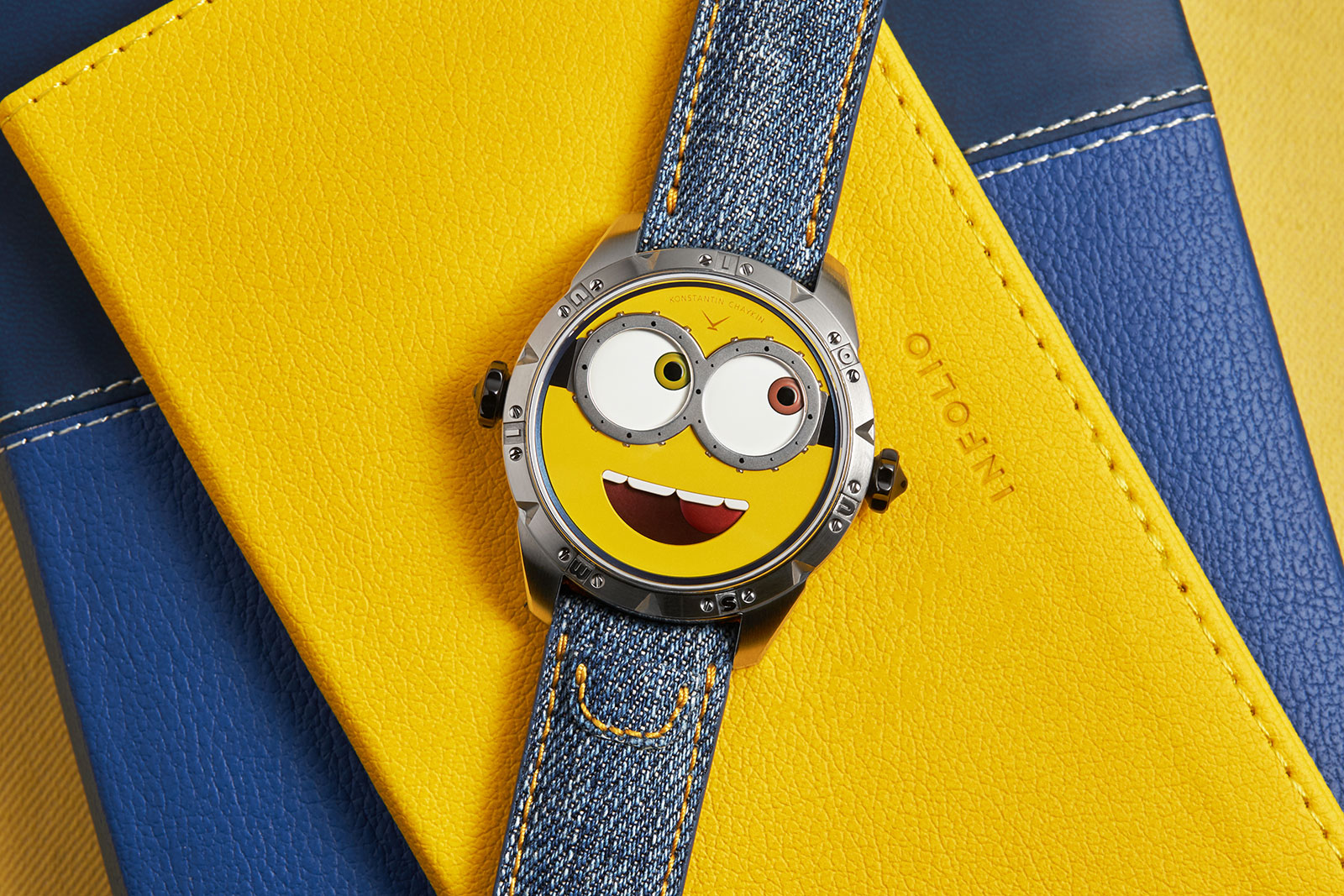 The Minions Watch sticks to the same formula as past Wristmon Joker models: the dial has a “rolling eye” display with the left eye indicating the hours and the right eye, the minutes. Just below is the moon phase display contained within the Minion’s mouth. 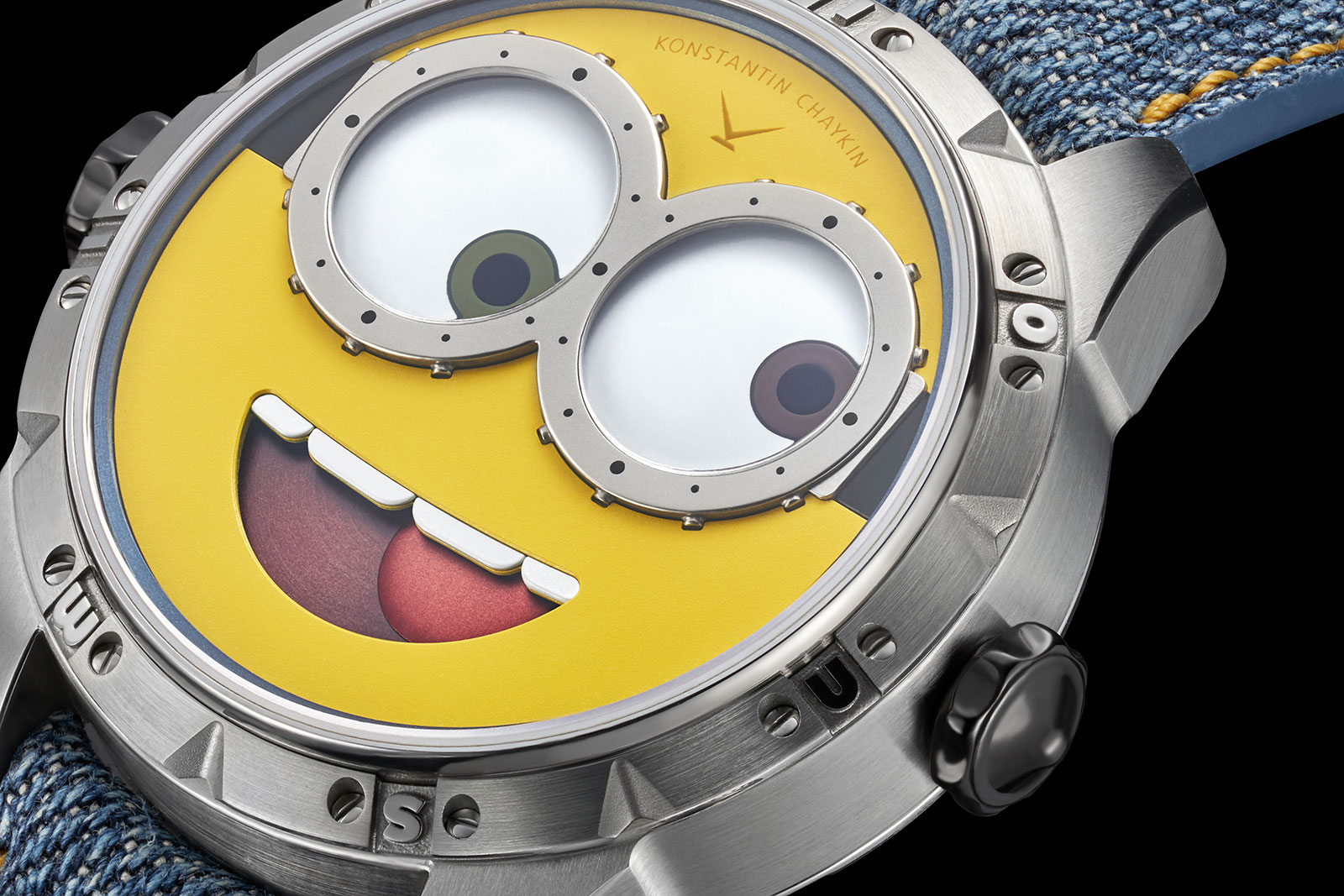 Notably, the Minions Watch is smaller than preceding versions of the Joker, which felt larger than they were.

The Minions Watch measures 40 mm wide and 13.5 mm high, compared to the 42 mm of past models, though it remains the same design with the familiar notched bezel that now bears “Minions” in relief. 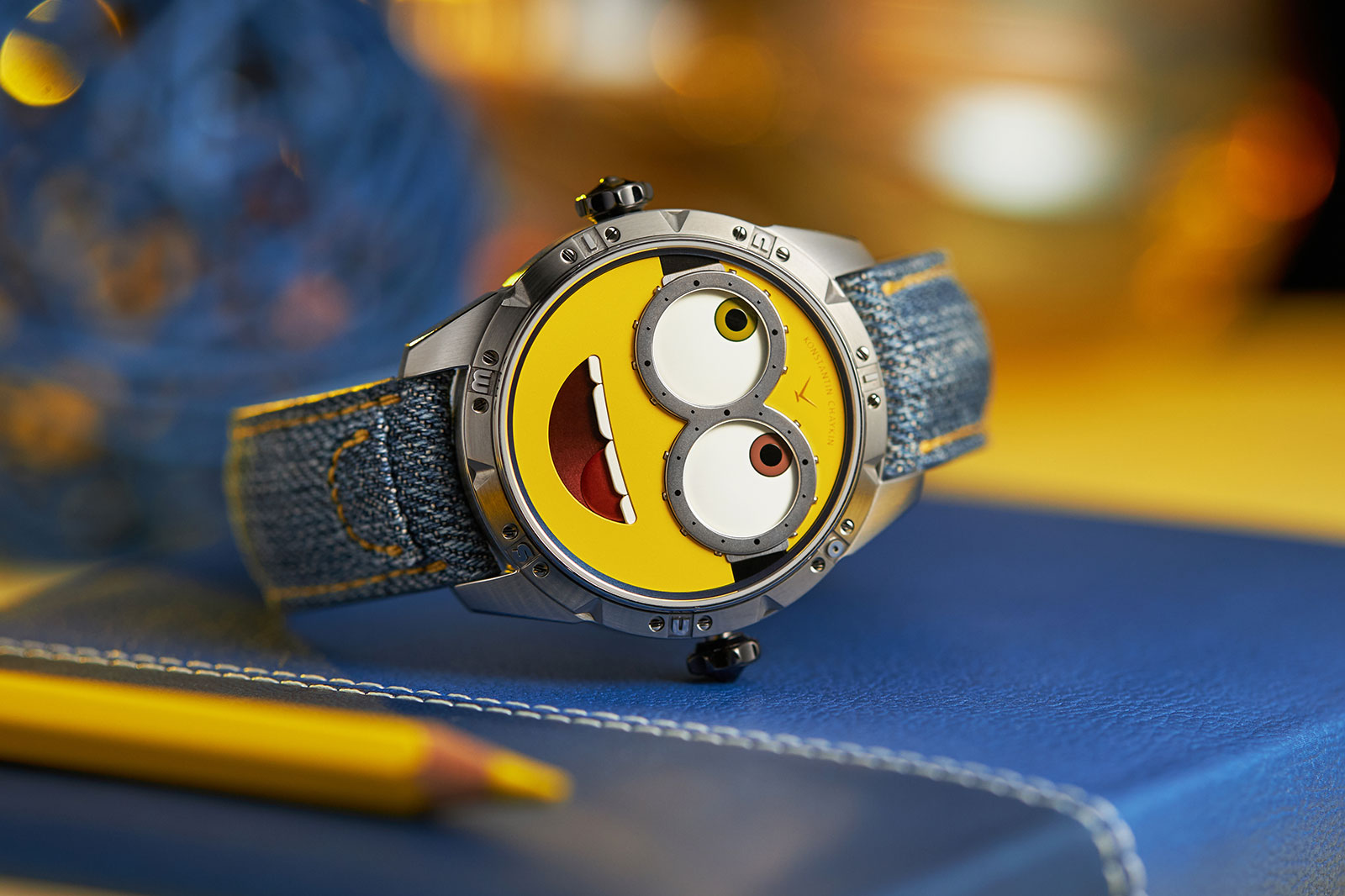 Unlike earlier generations of the Joker that were powered by an ETA 2824, the Minions Watch has the ETA 2892 as its base movement. The latter is slimmer and slightly more upscale than the ETA 2824, explaining the marginally slimmer case; this is about 0.2 mm thinner than the Joker containing the ETA 2824.

That said, Mr Chaykin recently started using the Vaucher VMF 3002 as a base in other variants of the model, resulting in an even slimmer 13 mm case. 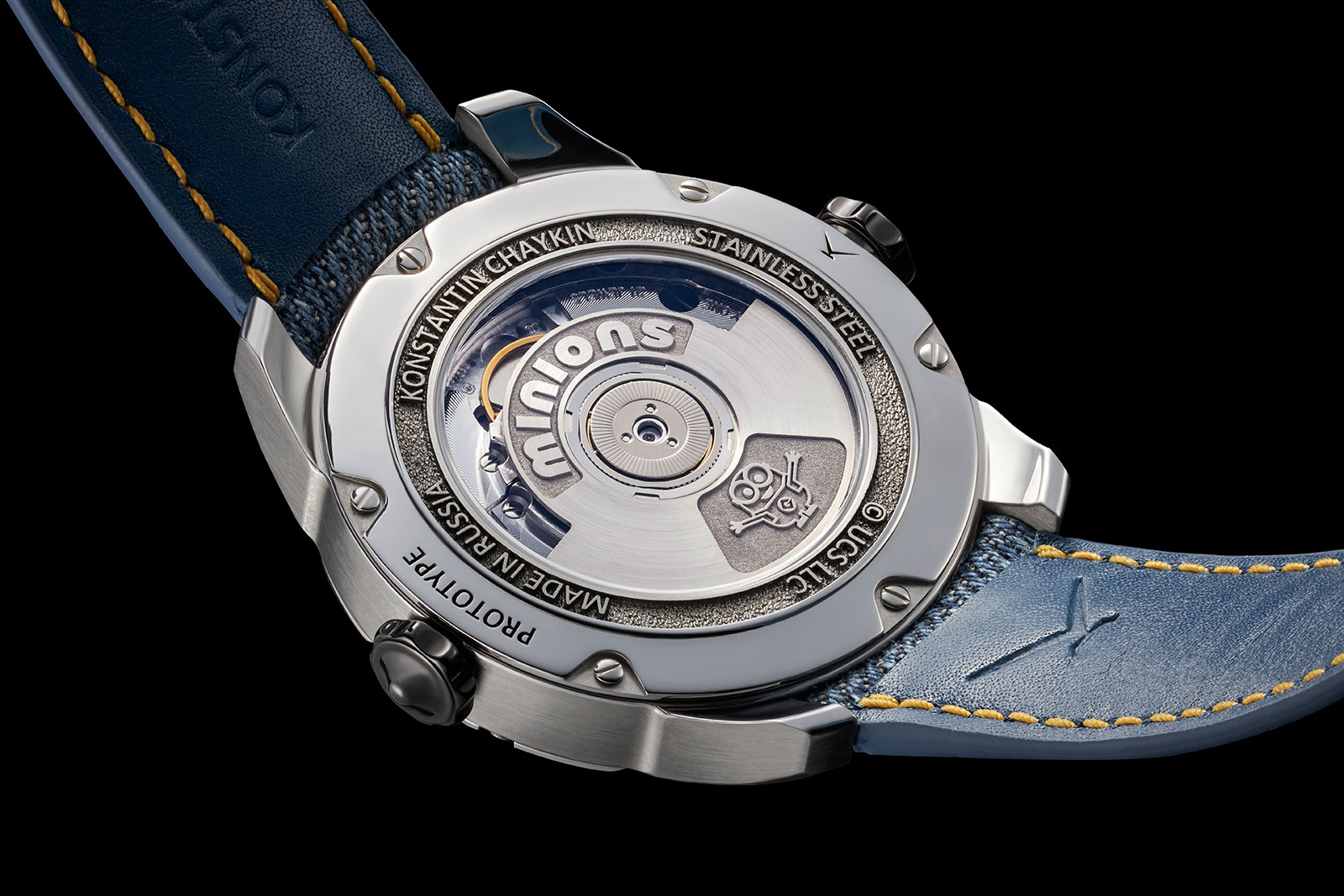