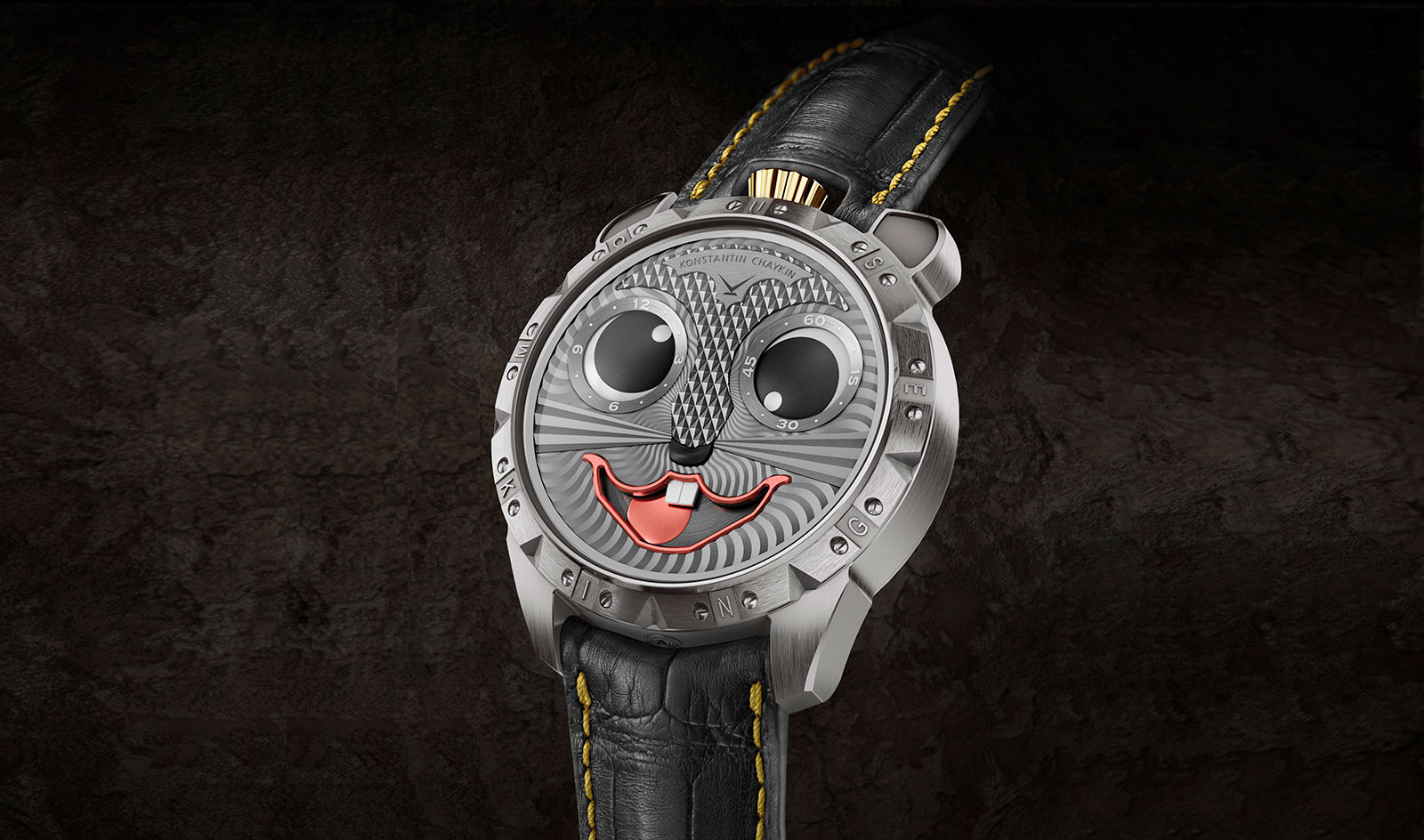 Russian watchmaker Konstantin Chaykin had a hit on his hands when he unveiled the Joker at Baselworld 2017. Inspired by the “moving eye” clocks invented by German clockmaker J. Oswald in 1926, the Joker has since been iterated into several new versions, including the one-off Joker Selfie that sold for 75,000 Swiss francs at last year’s Only Watch charity auction.

To mark the upcoming Chinese Year of the Rat, Konstantin has created a special variant of the Joker – the Mouse King – featuring the same “rolling eye” time display, but powered by a new base movement. 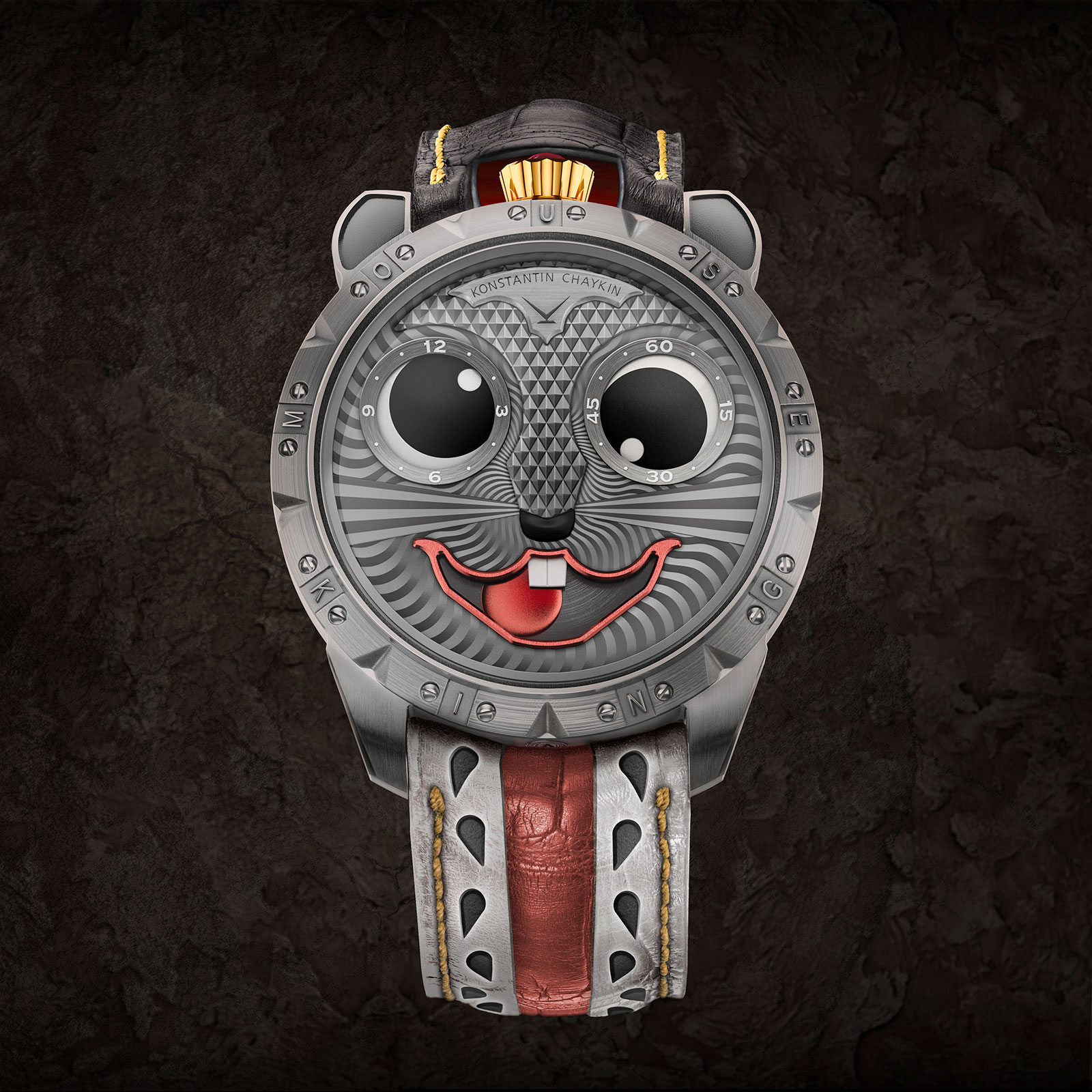 According to Konstantin, the genesis of the watch came during the recent Christmas season, when he read the German fairytale The Nutcracker and the Mouse King, or Nussknacker und Mausekönig in its original language, to his daughter.

A story about a nutcracker doll that comes to life and then defeats the evil Mouse King, the fairytale is the basis for Tchaikovsky’s ballet The Nutcracker. But most relevant to Konstantin is the fact that one of its main characters, Drosselmeyer, is a clockmaker. And in another coincidence, the Chinese Year of the Rat begins on January 25, 2020, which is also his daughter’s birthday.

And so the Mouse King watch was created, as a limited edition of seven watches – because the evil Mouse King has seven heads, each wearing a golden crown. It indicates the hours and minutes regulator-style with a”moving eye” display, along with the moon phase at six o’clock inside the mouth of the mouse face. 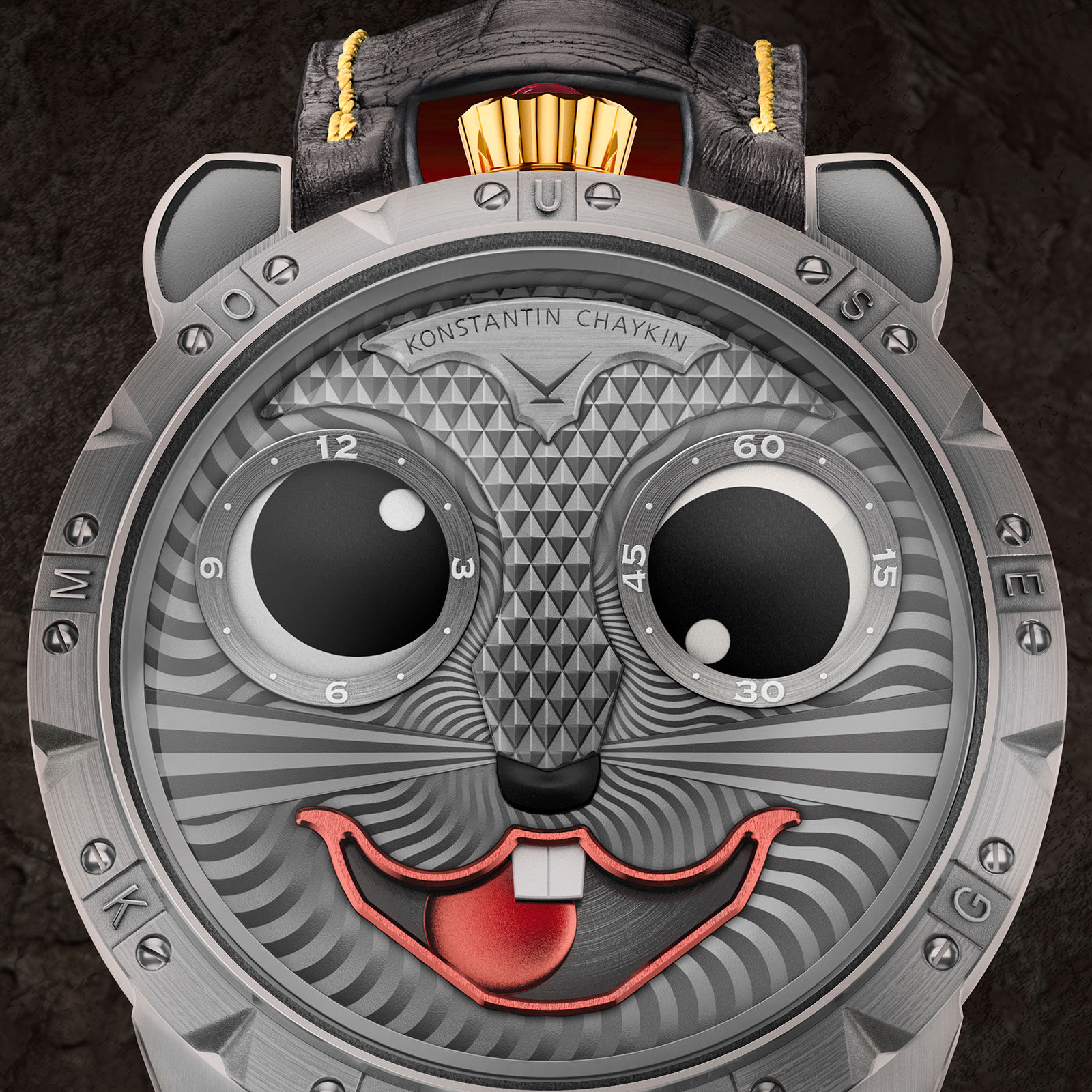 And the crown of the watch is 18k gold and topped with a ruby cabochon – and actually shaped like a crown, just like that worn by the villainous Mouse King.

The case is titanium, with the ears of the mouse forming the upper pair of lugs.

Inside is the K07-01 movement. Unlike earlier versions of the Joker that relied on an ETA 2824 as a base movement, the new K07-01 uses the more upscale Vaucher 3002, which is also used by Hermes, Parmigiani, and Richard Mille. The 3002 is thinner than the ETA 2824, and also has a longer power reserve of 50 hours (instead of 38). On top of the base movement is the 67-part, “rolling eye” module that’s built by Konstantin himself.

Up Close: Konstantin Chaykin Joker Selfie for Only Watch 2019