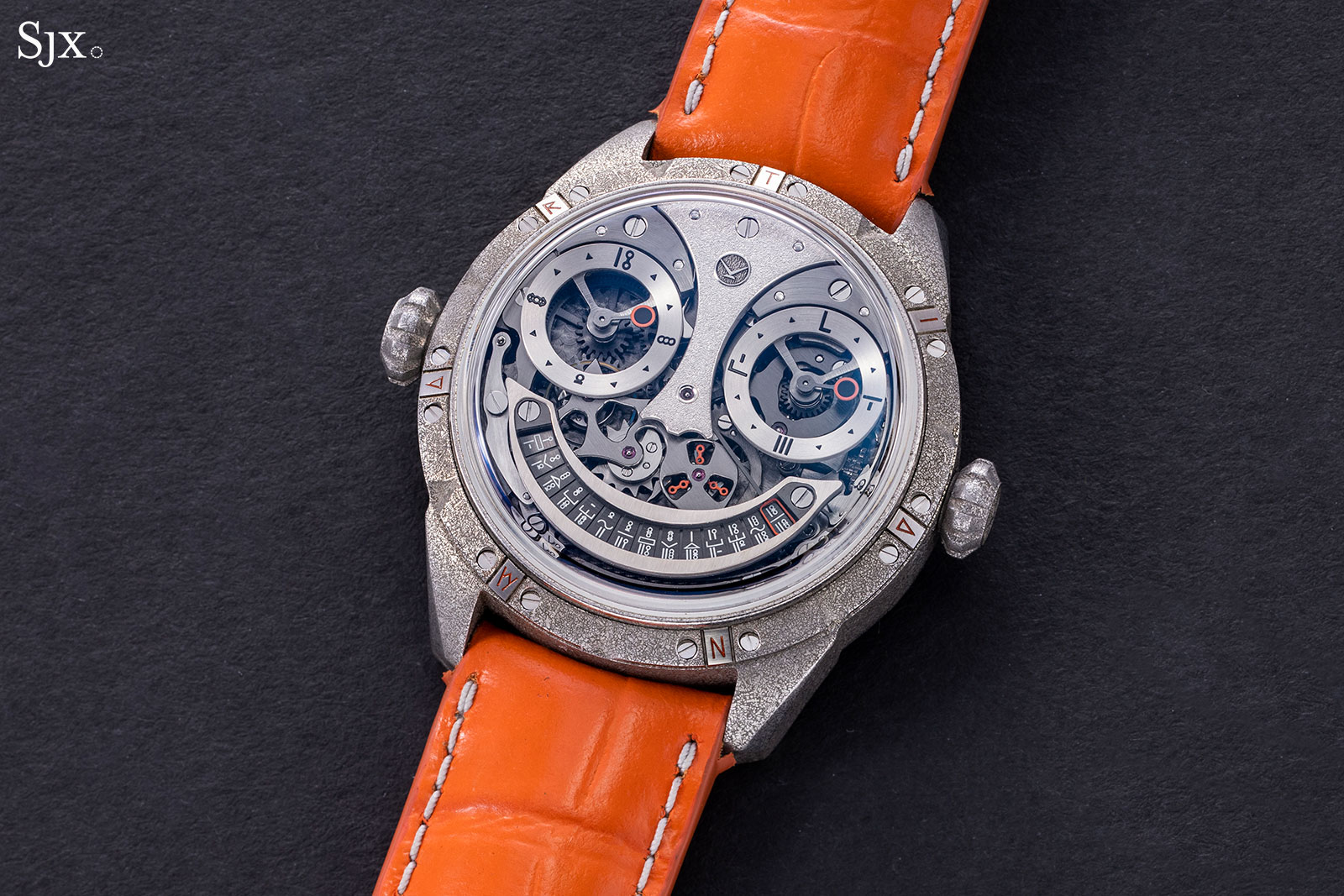 Inspired by German “rolling eye” clocks of the mid 20th century, the Joker is now Konstantin Chaykin’s trademark wristwatch. But the Russian watchmaker’s repertoire is far more diverse than the googly-eyed face – watches that tell the time on Mars are another of his specialties.

For Only Watch 2021, Mr Chaykin has combined the two concepts in the Martian Tourbillon. The robotic clown face indicates the time and calendar on Mars, while the back reveals a one-minute tourbillon that makes one revolution every Martian minute. 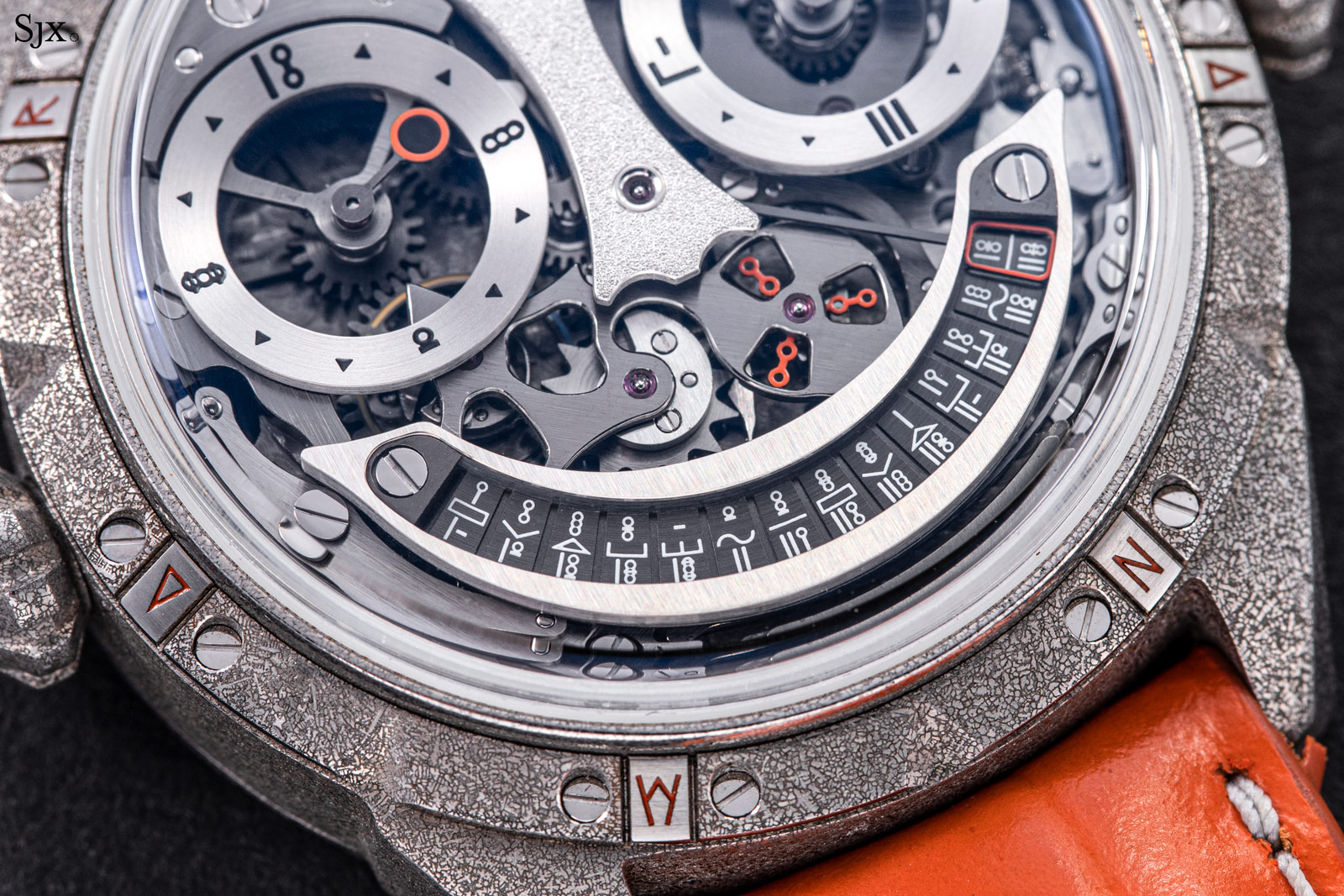 The Joker Selfie Mr Chaykin created for Only Watch 2019 was not merely a simple variation of the standard model, illustrating both Mr Chaykin’s creativity and his desire to put together something genuinely special for the event.

With most watches at Only Watch 2019 being variations of existing models, the Joker Selfie was notable for being unique in a technical sense. The watch had a built-from-scratch complication, a new base movement, and even a novel case material (which is being used once again for this year’s creation). 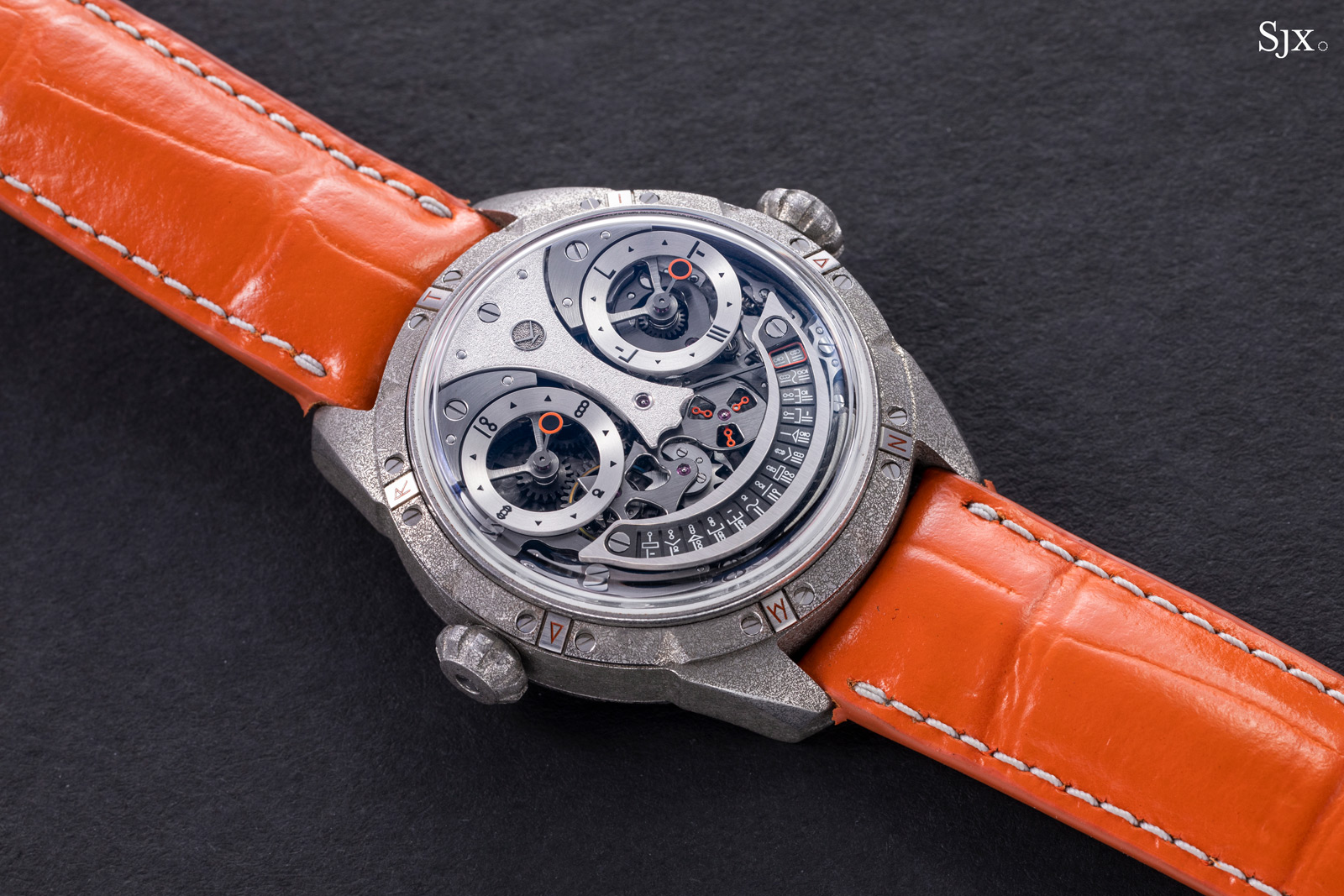 The case is Bulat, a high-carbon, patterned steel alloy 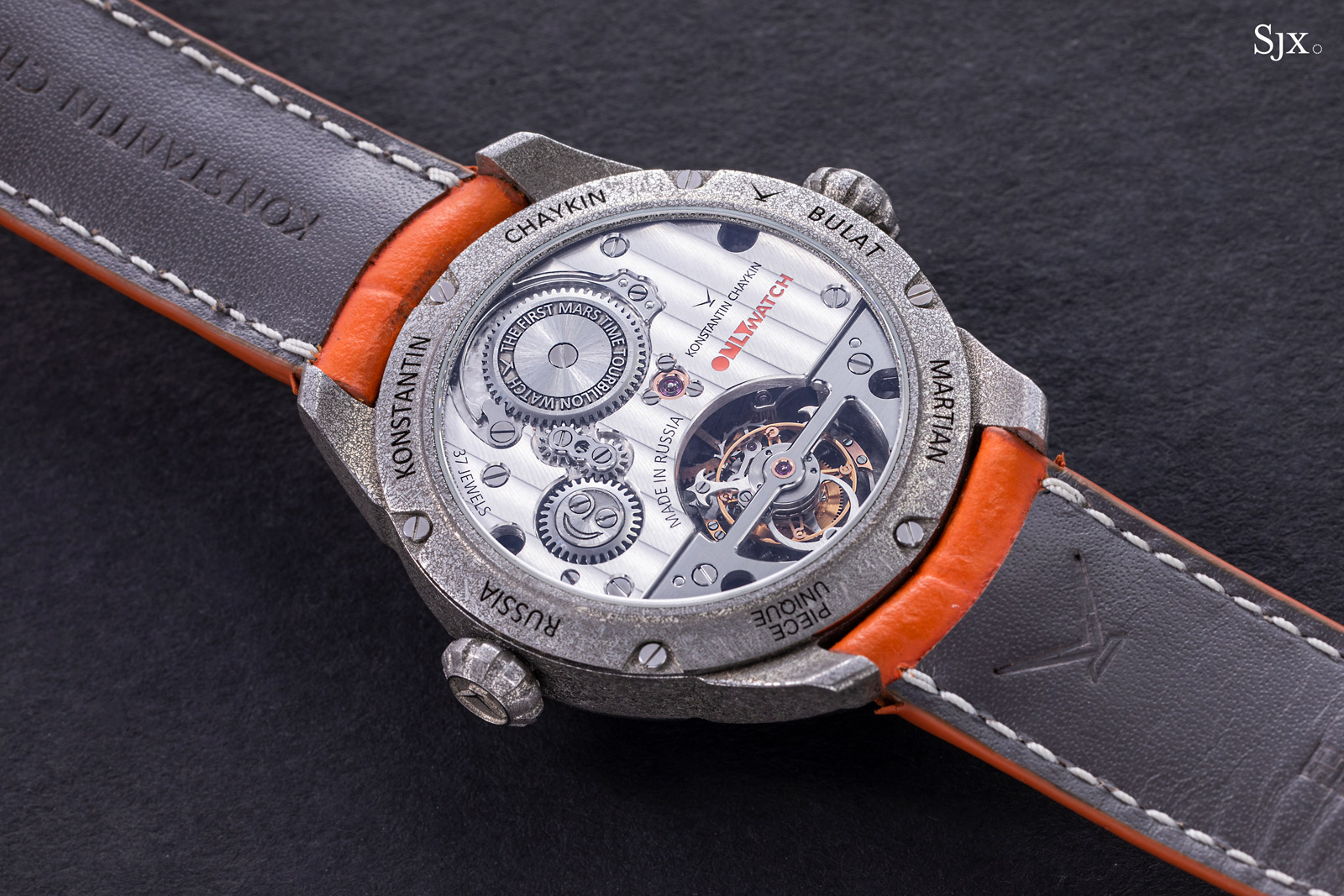 Once again Mr Chaykin has put together a truly one-off watch for the biennial charity auction. It is impressive and ingenious, with a Martian complication that’s synonymous with Mr Chaykin. Despite all its novelty, it is easily recognisable as a Chaykin wristwatch.

Like its predecessor, the Martian Tourbillon has a unique complication, albeit one that’s far more complex. Beyond the Martian time and calendar, it also incorporates a tourbillon regulator, making it the first-ever tourbillon wristwatch entirely constructed in Russia according to Mr Chaykin. 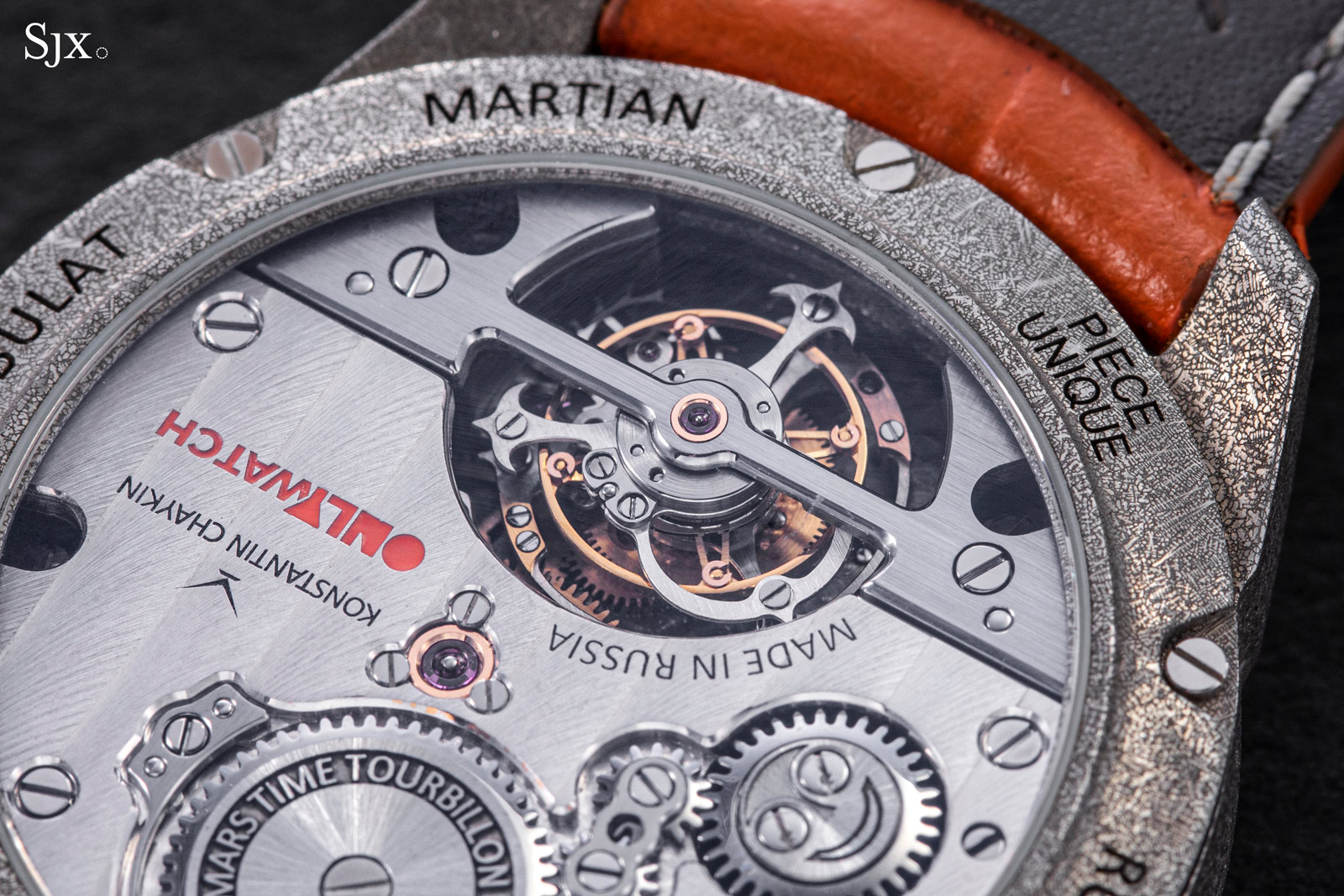 The one-Martian-minute tourbillon visible only on the back

The obvious question with the Martian Tourbillon is it utility. Can it even tell the time on Earth?

Fortunately, the answer is yes, more or less. The watch indicates the time and calendar on Mars, but fortunately it is useful on Earth because the difference between hours and minutes on both planets isn’t major. 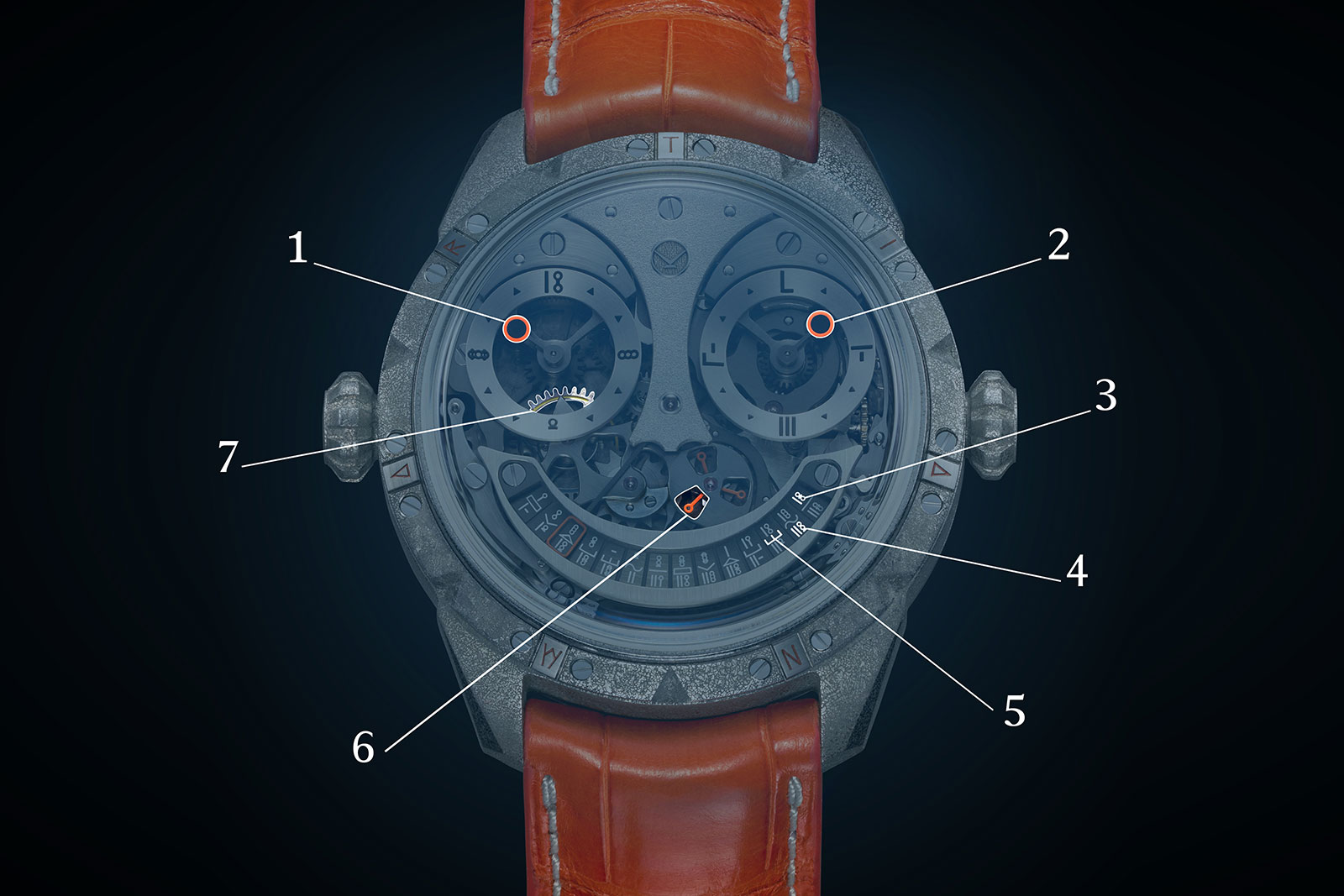 The dial is scaled with numerals and symbols designed by Mr Chaykin as Martian numbers. Though unfamiliar, the time display chapter rings are conventionally scaled. The hours are indicated on a scale of “1” to “12”, while minutes are on 60-minute track. 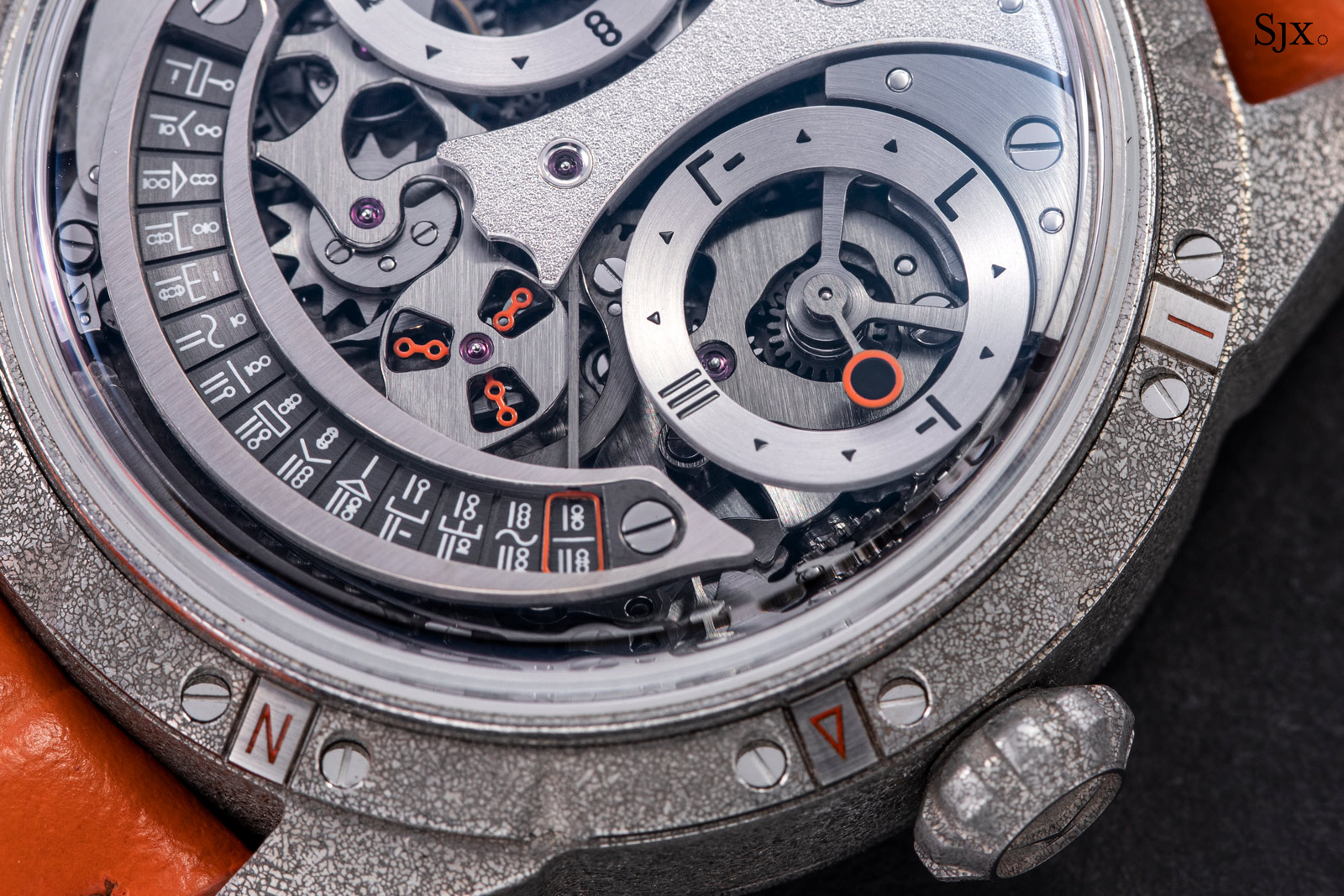 The calendar is more exotic and of zero utility on Earth, though it is impressively complex and a key part of the design. It indicates the Darian calendar, which was conceived by aerospace engineer Thomas Gangale for future human colonisers of the Red Planet. Martian solar days, known as sols, are indicated on two rows within the “smile” – one row for each half of the month – with the day of the week symbols in between the sol scale. 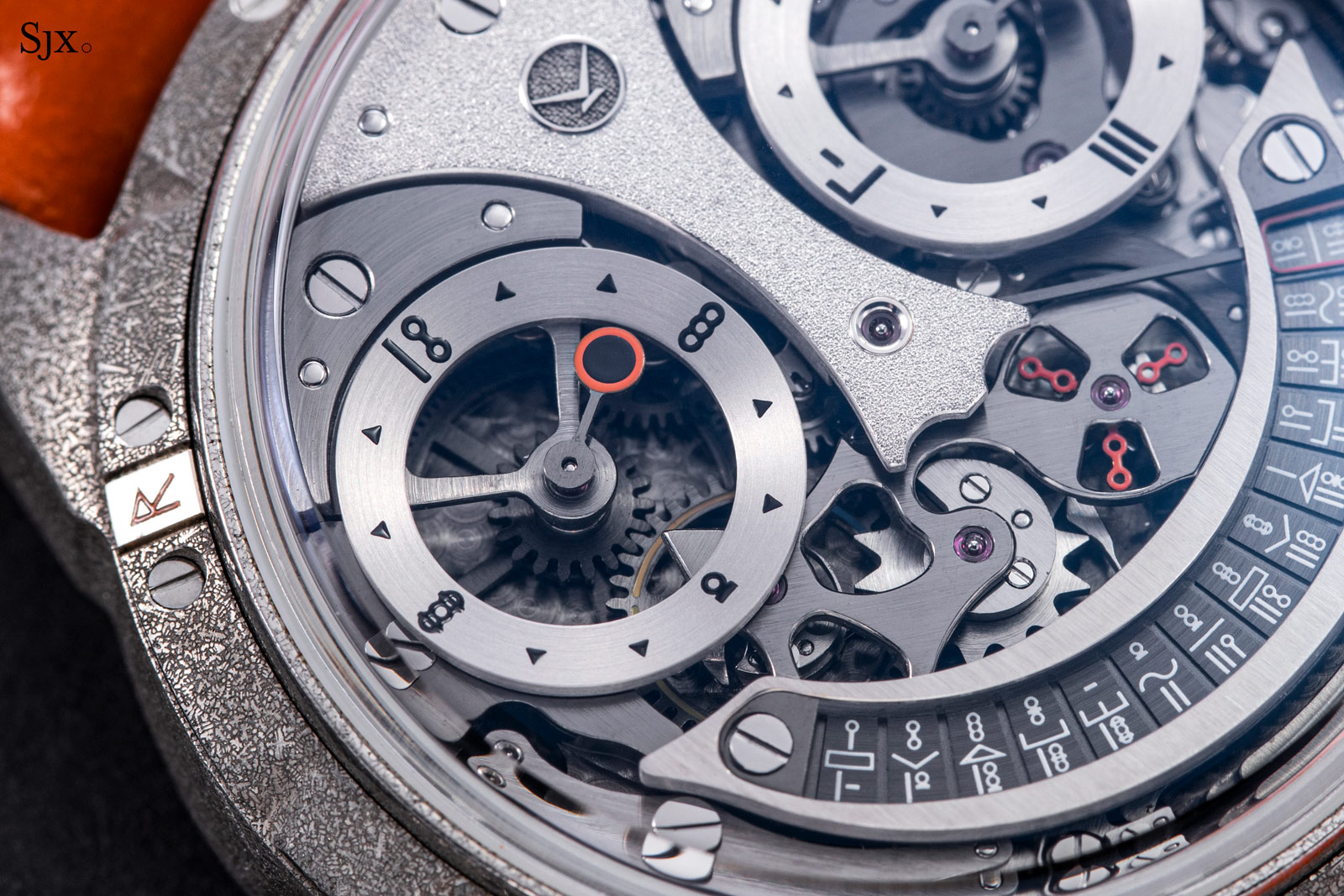 Because the hour indicator goes from “1” to “12”, it includes a discreet day-night indicator in the form of a wheel with a coloured rim on the lower edge of the hour ring 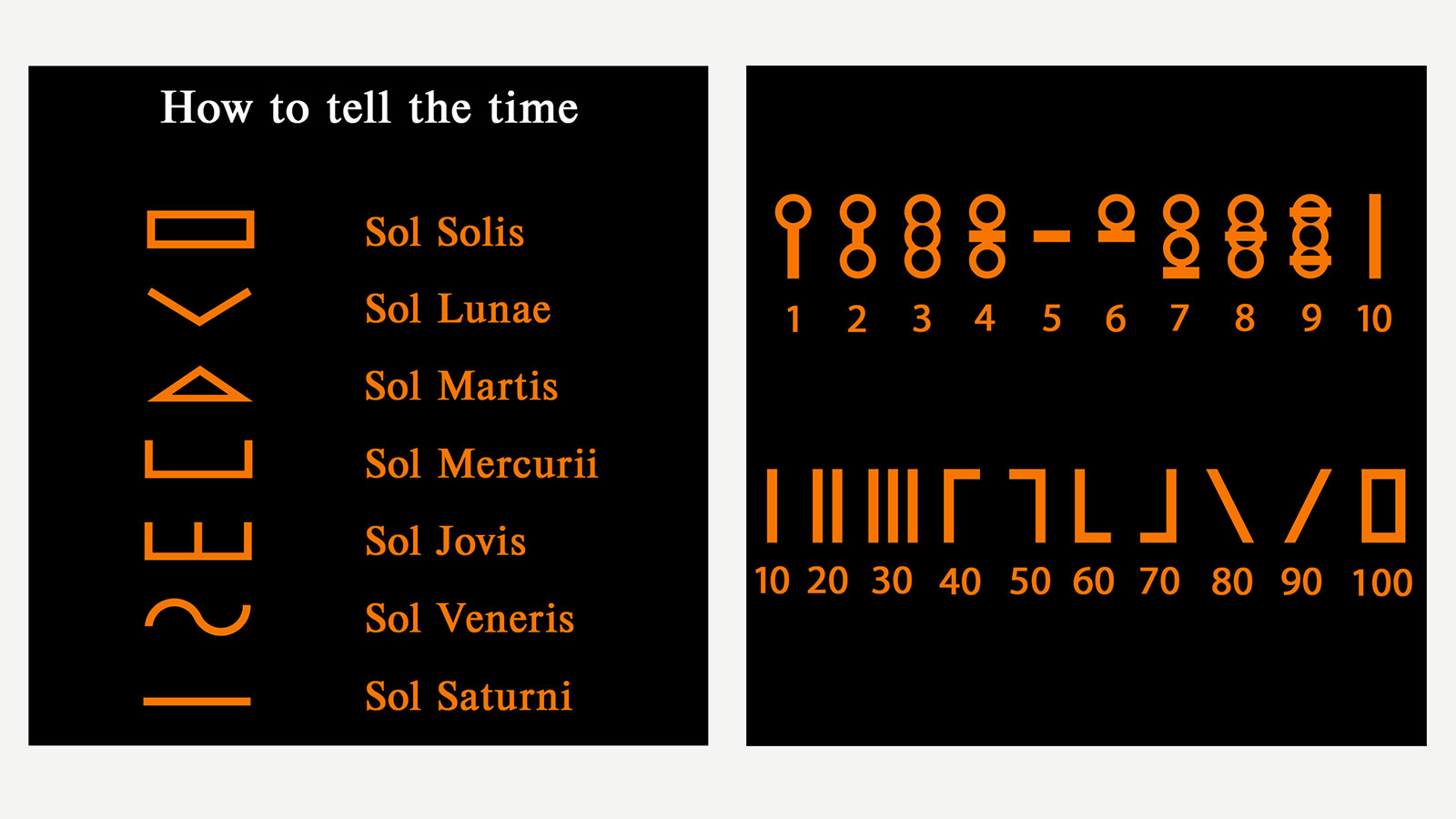 The day of the week symbol (left), and the Martian-font numerals. Image – Konstantin Chaykin

Intriguingly, the Martian Tourbillon is also constructed to function on Martian time. Built entirely in-house as all of Mr Chaykin’s movements are, the K.22-0 features a one-minute tourbillon, but based on a Martian minute, which means it makes one revolution every 61.65 seconds according to Earth time.

And the balance within the tourbillon is similarly Martian. It oscillates at 19,800 beats per Martian hour, which is equivalent to 19,270 beats per hour here on Earth. Like the Joker Selfie, the K.22-0 movement is finished well. Amongst the aesthetic flourishes are a trio of jewels in gold chatons, including the centre-wheel jewel in a chaton secured by screws. The tourbillon is held in place by a straight-grained steel bridge that has polished, bevelled edge, though no inward angles

The movement also incorporates two subtle elements that refer to the theme of the dial. One is the crown wheel hand engraved with with a Joker motif, with twin screws that form the eyes – and the screw slots each have a round hole worked into them for the pupils.

And the other is the rocker for the winding gears that takes the form of the Martian symbol for “3”. A proprietary design, the balance wheel has four arms, each with a regulating mass

The dimensions of the Martian Tourbillon are almost identical to that of the standard Joker. The case is the same 40 mm, though it is slightly thicker as a result of a domed crystal (instead of the flat crystal on the standard model). But the case material is unusual. It has a speckled, textured surface that’s a perfect match for the robot-clown aesthetic of the dial.

It’s made of a steel alloy known as Bulat that is similar to what is now known as Damascus steel, or pattern welded steel. Forged in-house at Mr Chaykin’s workshop, the alloy has crystalline elements within that give it a unique texture as well as a high level of hardness.

Mr Chaykin also used the alloy for the case of the Joker Selfie, as well as for the cases of a handful of his regular-production watches, though not widely, making it uncommon. Even the crown is made of Bulat

Up Close: Konstantin Chaykin Joker Selfie for Only Watch 2019