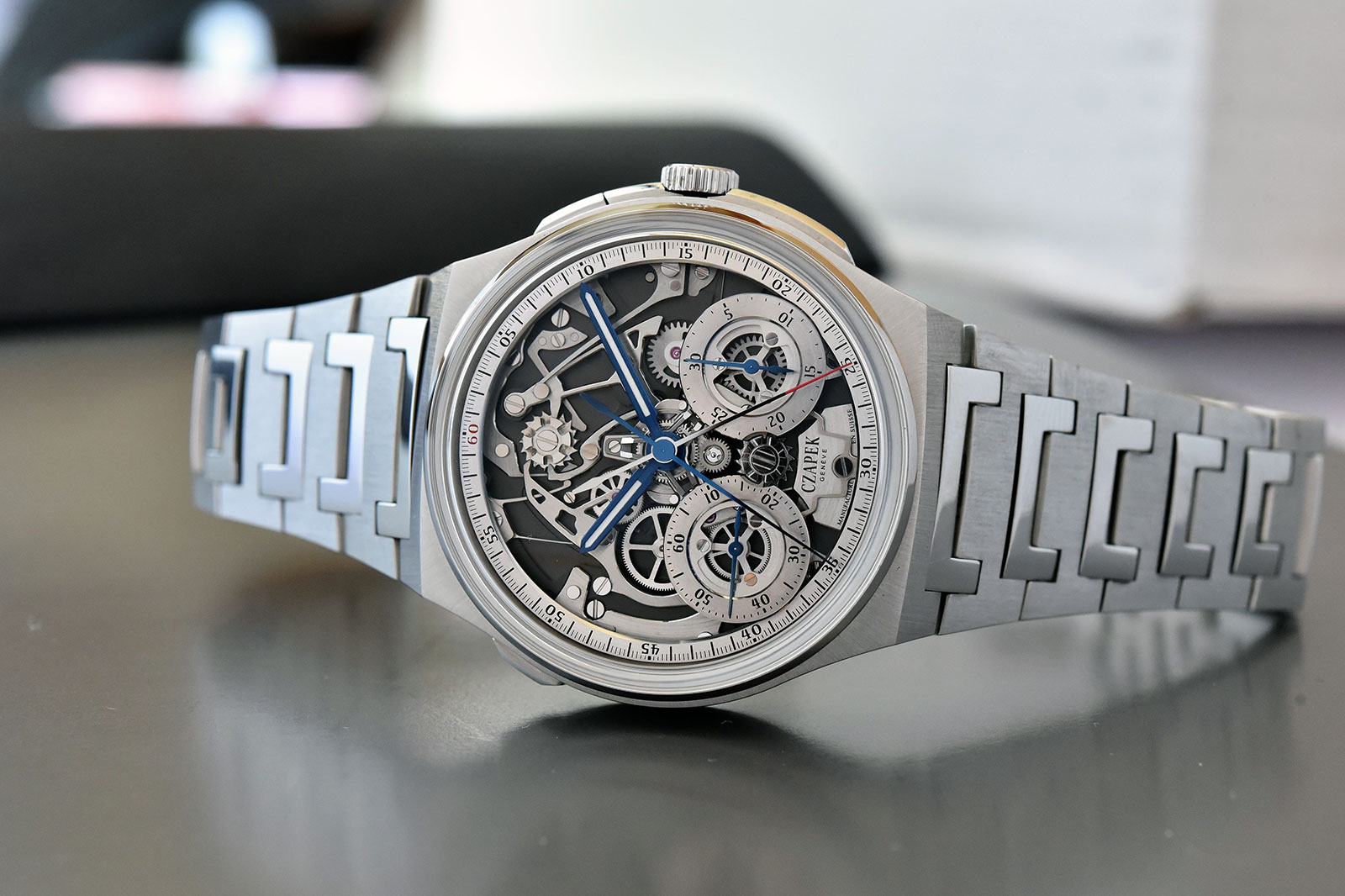 Czapek & Cie unveiled the Antarctique a year ago, its first foray into the popular category of luxury-sports watches. While the Antarctique had many of the elements synonymous with a luxury-sports watch, namely a steel case, blue dial, and integrated bracelet, it lacked what is arguably the signature element of Czapek’s design DNA – a pair of sub-dials at five and seven.

Just unveiled at Geneva Watch Days, the followup to the original model combines a light touch of high horology with styling more faithful to the brand’s origins – the Antarctique Rattrapante, which is also the brand’s first split-seconds chronograph. At a glance, the Antarctique Rattrapante is a noble effort in fusing the brand’s signature look with a modern, open-worked dial. Aesthetically, the design works well.

The concept of having the entire split-seconds chronograph module visible on the dial creates an intricate view of the mechanics that would normally be hidden. And the mechanics are interesting, as the look is the result of substantial contortions to lower the sub-dials while ensuring they do not run into the gear train for the central hands. Notably, the repositioning was done with extra wheels – the chronograph mechanism actually has the registers in their traditional three and nine positions.

At its core however, the chronograph remains a traditional, mono-pusher mechanism, albeit one that’s modular. The split-seconds mechanism does lack a key feature found in higher-end rattrapante movements – an isolator mechanism that eliminates drag when the split-seconds is running – though that can be forgiven due to the space constraints around the central axis for the hands. 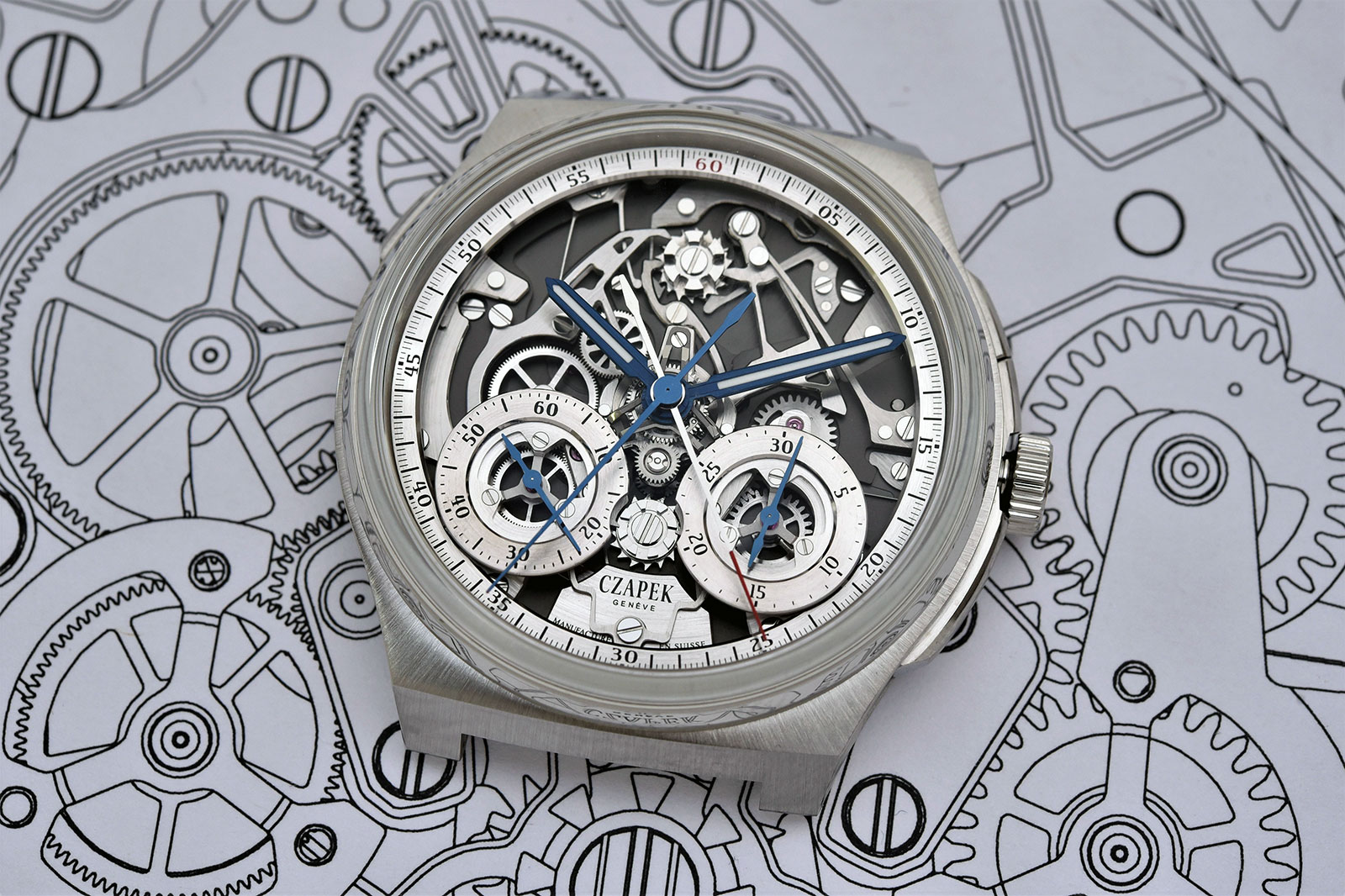 The price however, puts the Antarctique Rattrapante in a conflicted position. At US$51,900, it is steeply priced within the context of high-end steel sports watches, even with its take on the split-seconds complication. It does cost substantially less than traditionally constructed, integrated split-seconds chronographs, but its modular construction means its closest rivals are watches like the Breitling Premier Duograph, which is an integrated movement with a modular split-seconds mechanism – and only costs one-fifth as much.

That said, the Antarctique Rattrapante is unique thanks to the cleverly inverted movement that has the chronograph module forming an open-worked dial – there is little else like it. Personally, I find it visually pleasing in execution. 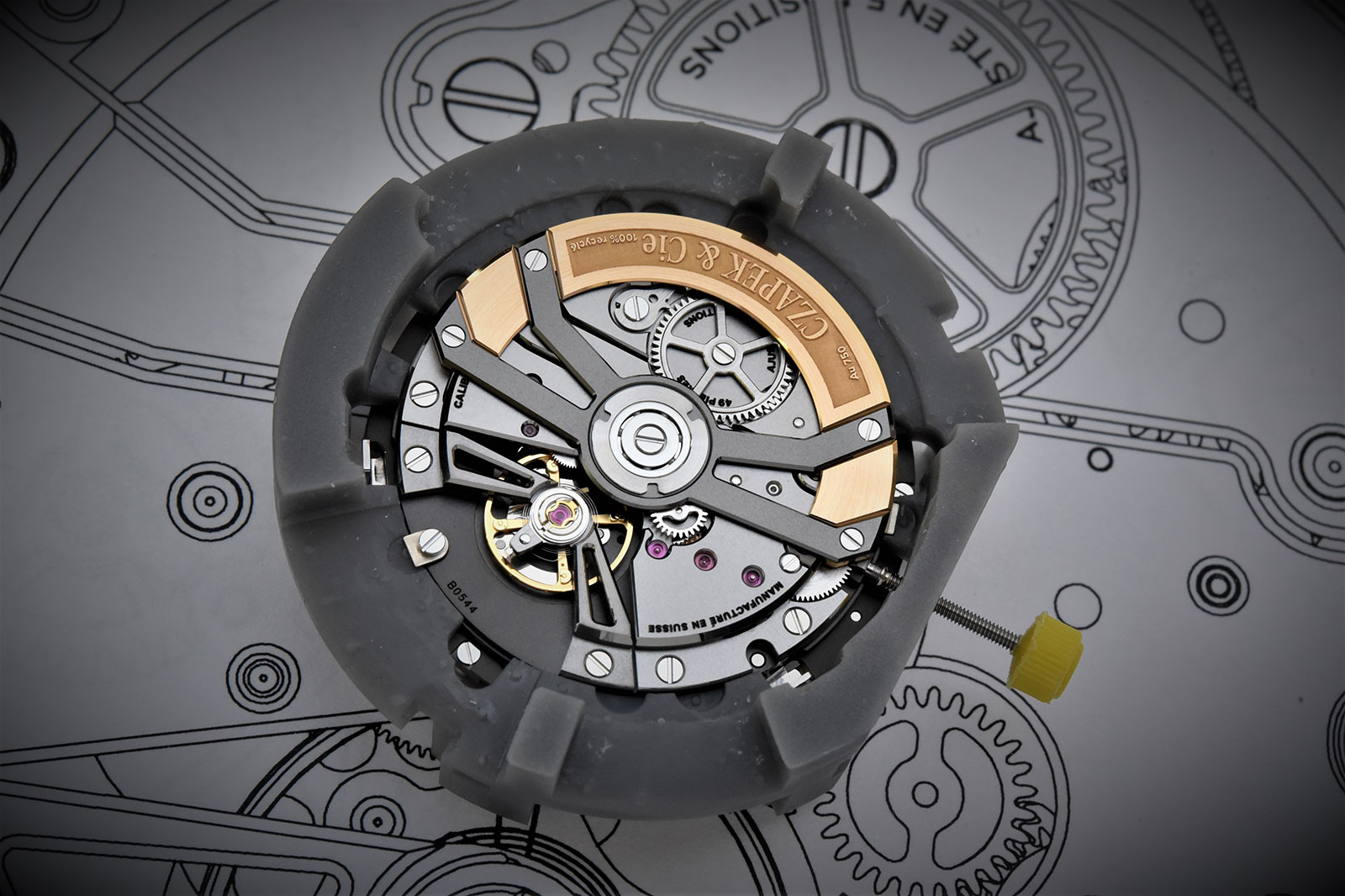 The case of the Antarctique Rattrapante is similar in design to the three-hander model, but now in a larger size of 42.5 mm by 15.3 mm, a height that includes the domed sapphire crystal. The chronograph is a mono-pusher, so it has the start-stop-reset functions combined into one pusher at two o’clock that’s integrated into the crown guards. Meanwhile, a protruding pusher at 10 o’clock controls the split-seconds.

While the case is familiar, the movement is new and the star of the show. It was developed with help from Chronode, the movement specialist founded by IWC alumnus Jean-Francois Mojon, which has designed calibres for brands such as HYT, MB&F, and also most of of Czapek’s last movements.

Dubbed the SHX6, the movement is essentially a Chronode automatic movement as the base, with the chronograph and rattrapante module on top – without a dial and framed by a concentrically-brushed minute scale.

The appearance is decidedly modern due to the high-contrast combination of steel levers and rhodium-plated wheels against the black-coated main plate, with no untreated brass parts in sight, as would be the case in more traditional looking movements. The design of the steel levers and detent springs also evoke the aerospace aesthetics of contemporary, open-worked sports watches. 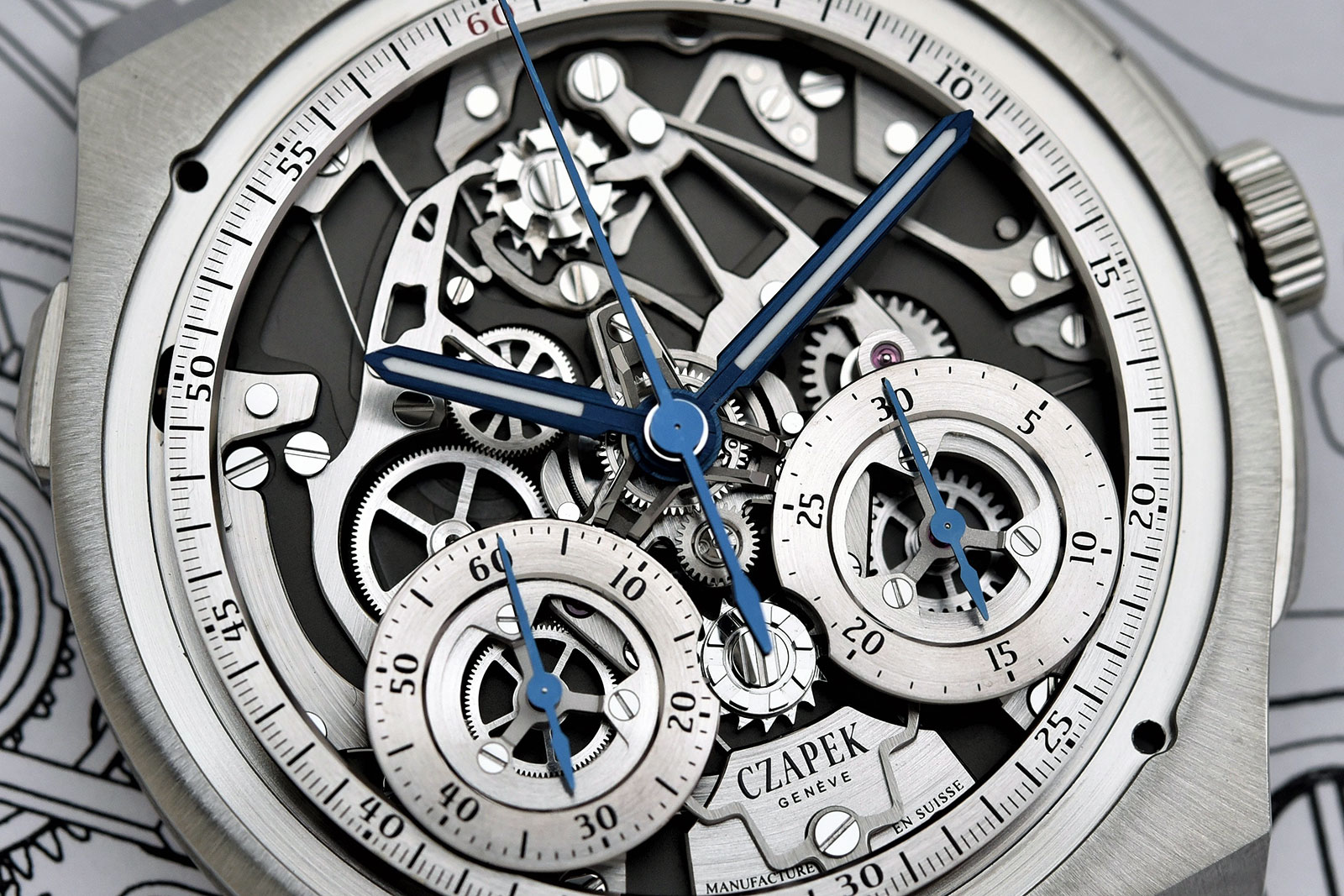 Nevertheless, the movement is traditional at its core – the chronograph is a lateral clutch design, with the running seconds and chronograph minute counters actually located at three and nine o’clock as is convention. However, the two counters have been mechanically repositioned with the indirect, auxiliary gear trains in order to replicate the signature appearance of Czapek watches.

The fact that both registers are actually in their conventional positions would indicate that the mechanism is based on an existing module that was modified for this watch. 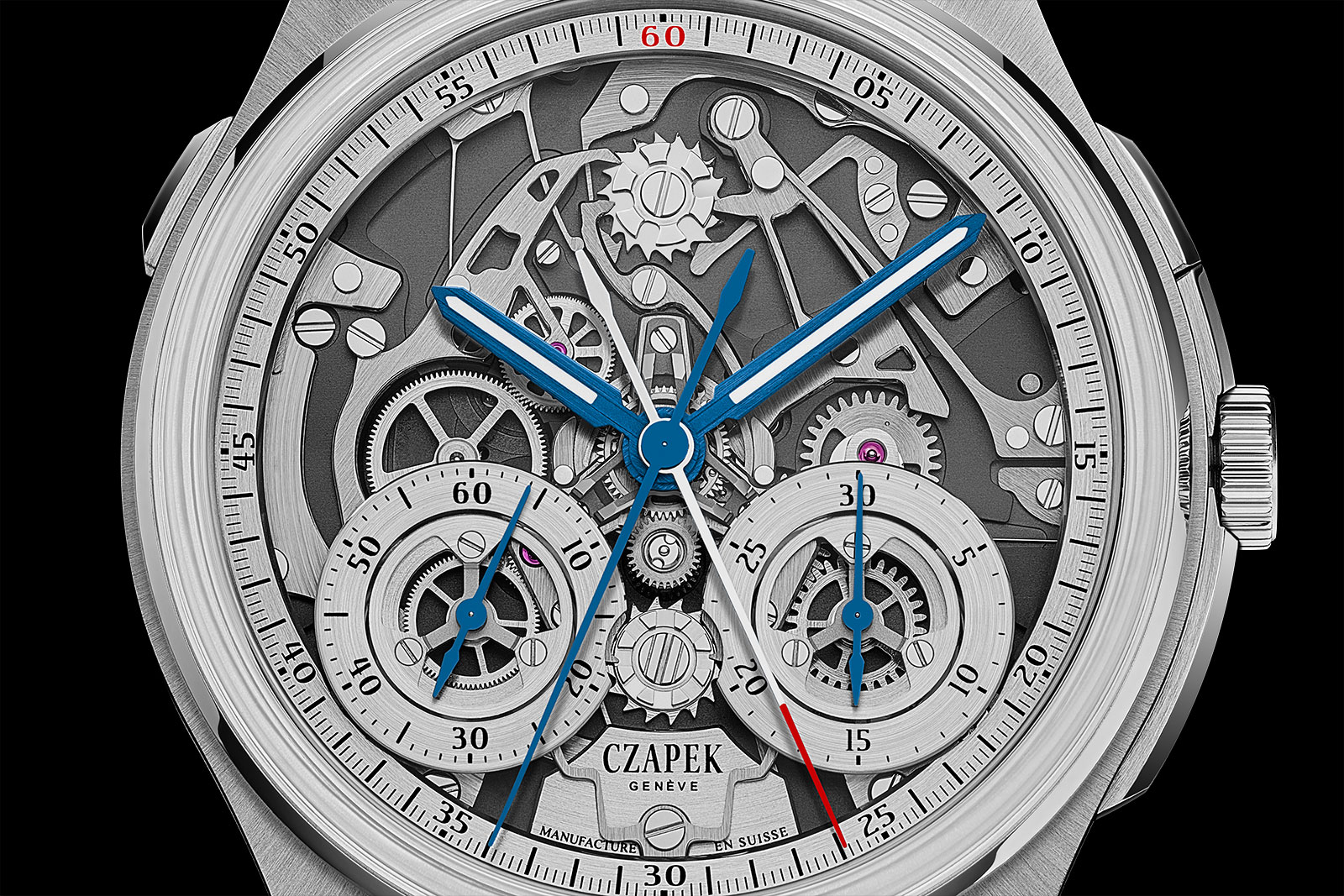 Two column wheels are visible on the dial: one at 12 o’clock that controls the mono-pusher chronograph mechanism, actuating the lateral clutch lever to the left and the reset hammer to the right; while the other column wheel is at six, to activate the rattrapante clamps. The vertical arrangement of both column wheels further emphasises the vertical symmetry of the dial. Meanwhile, the brand logo is located discreetly at the bottom, framed by the clamps of the split-seconds mechanism.

The design of split-seconds is patent-pending, however no further details have been disclosed. The split-seconds mechanism lacks an isolator mechanism as found on more elaborate rattrapante chronographs, but it can be given a pass due to the congested gear train at the centre of the movement, which probably makes it impossible to squeeze in an isolator. By necessity, the central post of the movement requires a tall tripod design. Traditionally, the chronograph seconds wheel is on the back of the movement, which doesn’t interfere with the motion works for the hours and minutes on the front.

Since everything is now located on the dial, this requires a central stack of wheels with an offset, auxiliary gearing to bypass the chronograph seconds wheels and drive the motion works. Similar solutions are usually employed for some grand-complication watches with modular movements, typically ones that combines a minute repeater base movement with a chronograph module on the dial side. 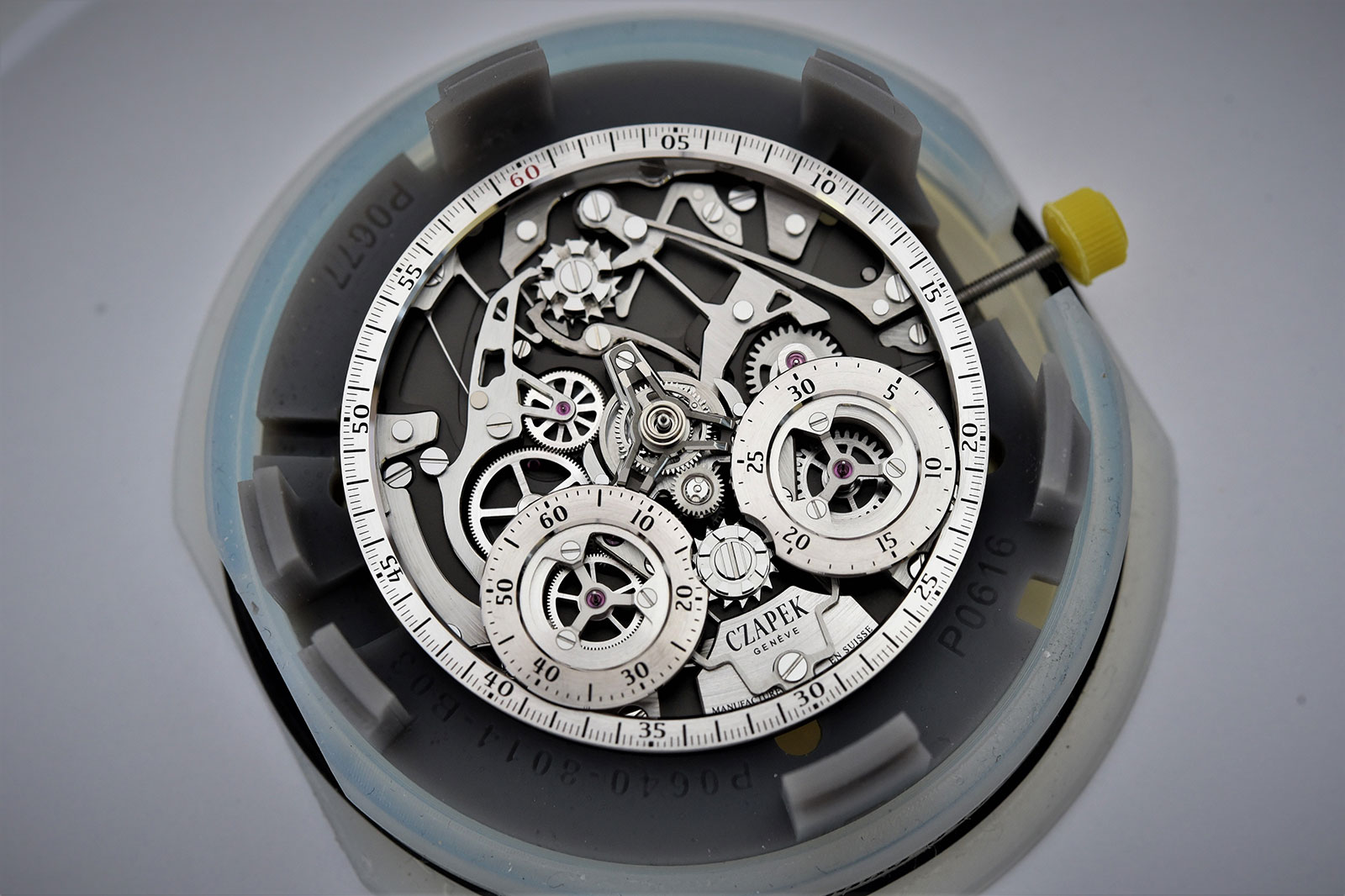 The movement with the hands removed

Meanwhile, the view from the case is much simpler as it is a basic, time-only automatic movement. The calibre is derived from the Chronode C102, but with some upgrades such as a full balance bridge and a free-sprung balance wheel. Powered by a single barrel, it has the fourth wheel located at nine o’clock to drive the running seconds (which are then relocated with an auxiliary train).

Echoing the modern aesthetics of the dial, the bridges and rotor have angular forms. A peculiar trait is the gold mass of the rotor, Czapek uses recycled 5N gold to form a large, 18k gold weight that’s secured with screws. 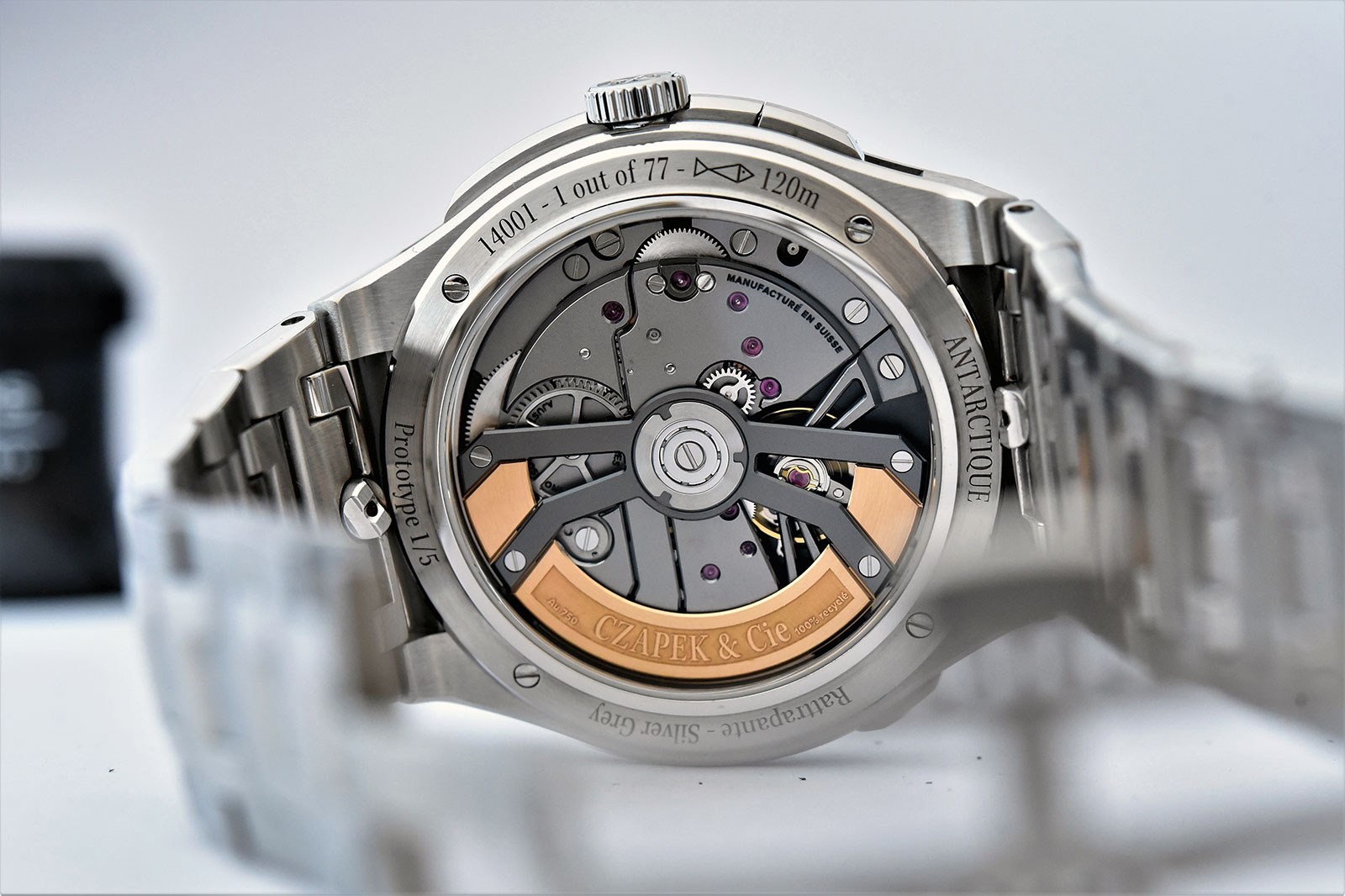 Also visible from the case back side are tiny knobs on the back of the bracelet, which are quick-release tabs to remove the bracelet without tools, allowing an easy swap to a strap

The finish of the base movement is largely done via machine, albeit to a high standard, revealing sharp bevels across the bridges and a clean frosting on most surfaces. The dial components, however, are more elaborately finished, with noticeable polished anglage on the brushed steel levers. 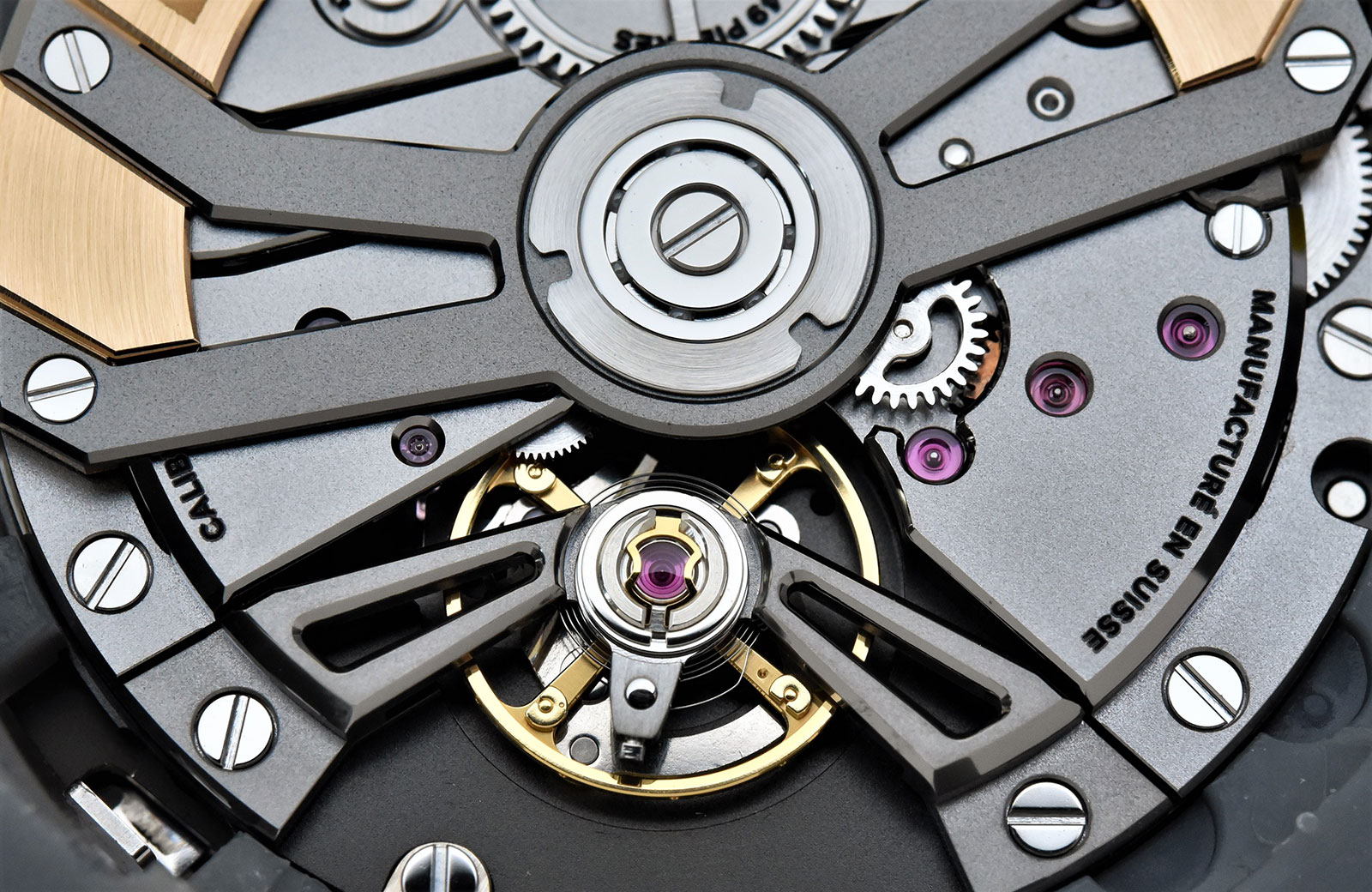 Limited edition: 77 watches
Availability: Direct from Czapek and its retailers
Price: US$51,900