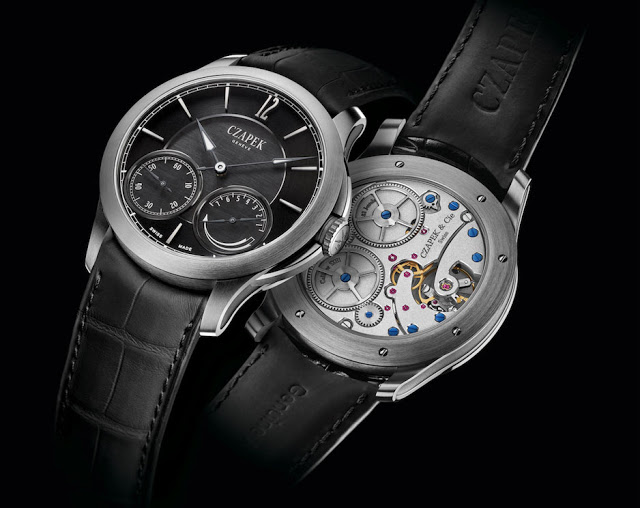 Franciszek Czapek, or more appropriately for Swiss watchmaking François Czapek, was Pole who moved to Geneva in the early 19th century. He is best known for establishing Patek, Czapek & Cie. in 1839 with fellow Pole Antoine Norbert de Patek. Czapek and Patek separated in 1845, with Czapek finding success on his own, becoming clockmaker to Napoleon III. His former partner, however, would ascend into legend as one of the founders of Patek Philippe along with Jean Adrien Philippe. Czapek, on the other hand, was eventually forgotten, until now.

Czapek & Cie. has been revived by three Swiss entrepreneurs who are banking on Raizers, a French crowdfunding website similar to Kickstarter, to raise SFr1 million to finance the revived company. The trio had already accumulated some SFr500,000 through selling a small run of chronograph wristwatches powered by a basic, new old stock Valjoux 7733 chronograph calibre from the 1970s.

With that money Czapek & Cie. conceived the Quai des Bergues, named after the street in Geneva that runs alongside the Rhone river. Best known for the Four Seasons hotel that sits along it, Quai des Bergues was where Czapek had his workshop in the 19th century. An ambitious project given the tepid state of the watch industry, the Quai des Bergues wristwatch is hand-wound with a seven day power reserve, featuring a sub-seconds as well as a power reserve indicator that doubles as a day of the week display. It’s powered by a movement designed and made by Chronode, the movement specialist run by Jean-Francois Mojon, better known for calibres in high-profile watches like the MB&F LM2 and HYT H1. Beyond Chronode, Czapek & Cie. is relying on other respected names for the rest of the constituent parts of the watch, including Les Artisans Boîtiers, the case maker that’s part of Parmigiani Fleurier, and dial specialist Donzé Cadran, well reputed for its enamel dials.

The Quai des Bergues has a 42.5mm case, with several different versions on offer. The rose and white gold models are fitted with a fired enamel dial, along with the option of lance-shaped or fleur-de-lys hands. It’s also available in titanium with a diamond-like carbon (DLC) coating, or “XO” steel, an alloy never before used in watches that’s corrosion resistant.

The Quai des Bergues wristwatch starts at €9950 in steel, while the titanium model is priced at €14,900.