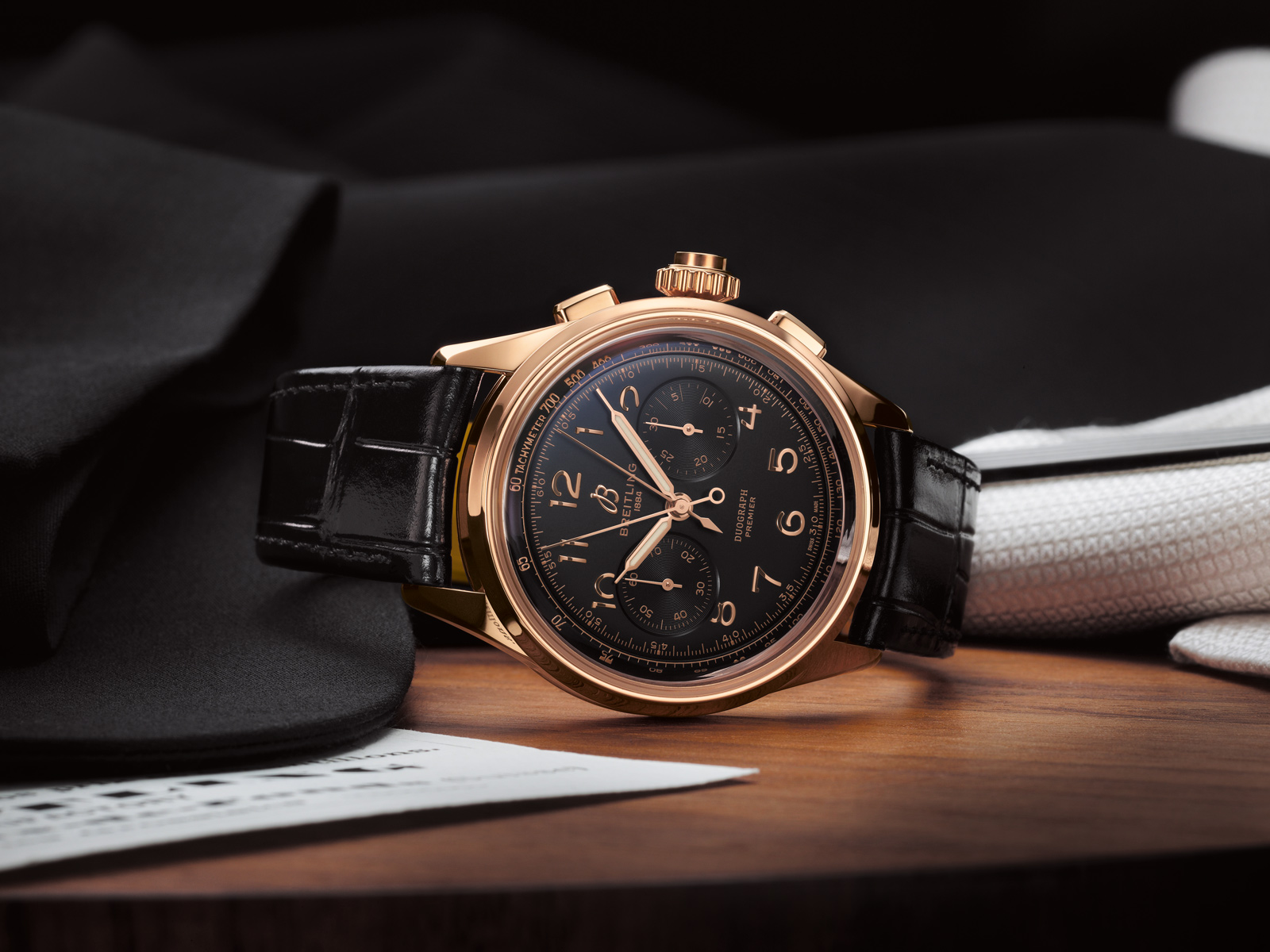 Capable of recording two elapsed time simultaneously, the split-seconds is also known as a rattrapante – derived from rattraper, French for “catching up” – and was historically Breitling’s most expensive chronograph due to its complexity. The B15 in the new Duograph simplifies the construction of the split-seconds mechanism, resulting in a surprisingly affordable watch, with the steel version priced at about US$10,000. 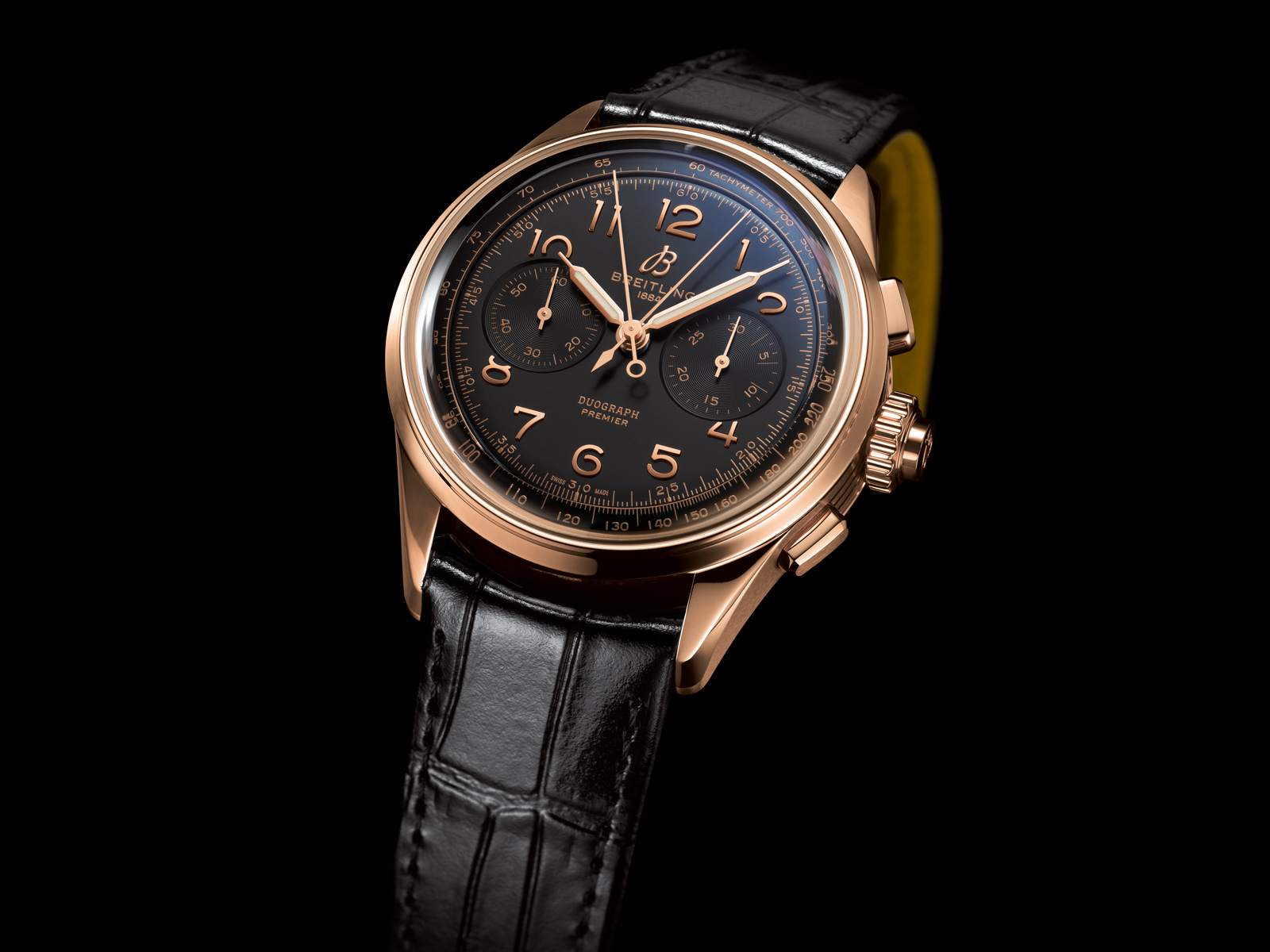 Alongside with the release of the Datora, the Duograph is proof that Breitling is inching towards more complicated chronographs, which is a good progression for the brand. Breitling has a storied history with chronographs, and the Duograph is a return to form for a brand that was put back on track when Georges Kern, previously the chief executive of IWC, took the wheel and set a new course. 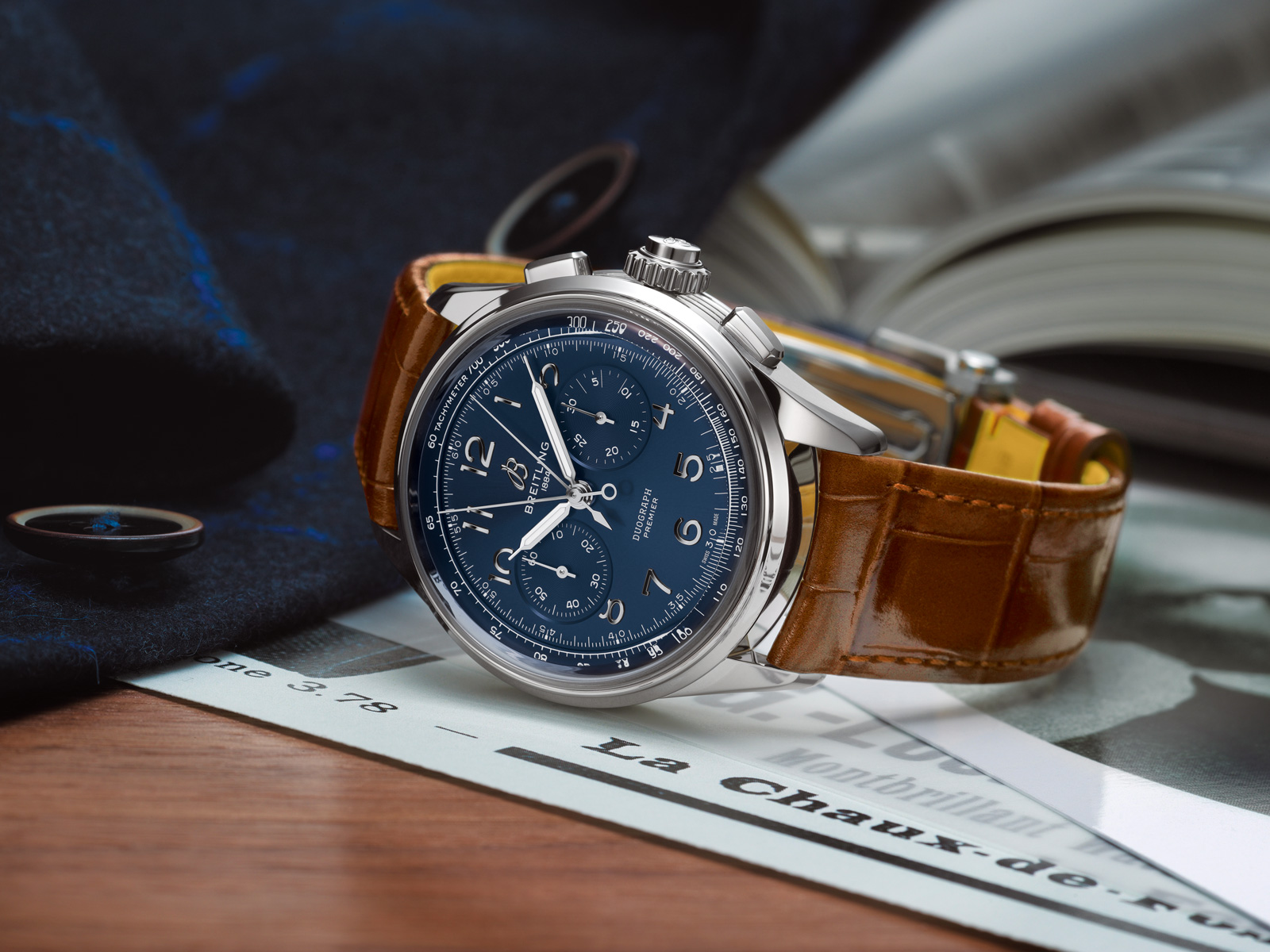 The Premier B15 Duograph in steel

It is important to note that the rattrapante is a challenge to do well, which is why few brands offer the complication, while those that do often price the split-seconds at a steep premium to a standard chronograph. The Duograph starts CHF9500 in steel, making it substantially cheaper than similar offerings from its competitors. That’s thanks to a modular construction – the rattrapante mechanism is a module that sits under the dial, mounted on the B09 base (which is an integrated chronograph movement).

That makes the Duograph the Breitling for me, especially the version in steel. It’s well-priced, despite a technically complex, in-house movement, and has a blue dial that blends past and present – what’s not to like?

The Breitling Duograph will be available in two variants, at least for now.

The first is a steel model that features a radially brushed blue dial with polished, applied Arabic numerals that give the watch a contemporary look. However, the vintage inspiration is evident in the syringe hands, as well as a domed sapphire crystal that mimics the look of acrylic crystals found on vintage watches. In addition, the registers are recessed and stamped with a concentric pattern, providing the dial with some visual texture. 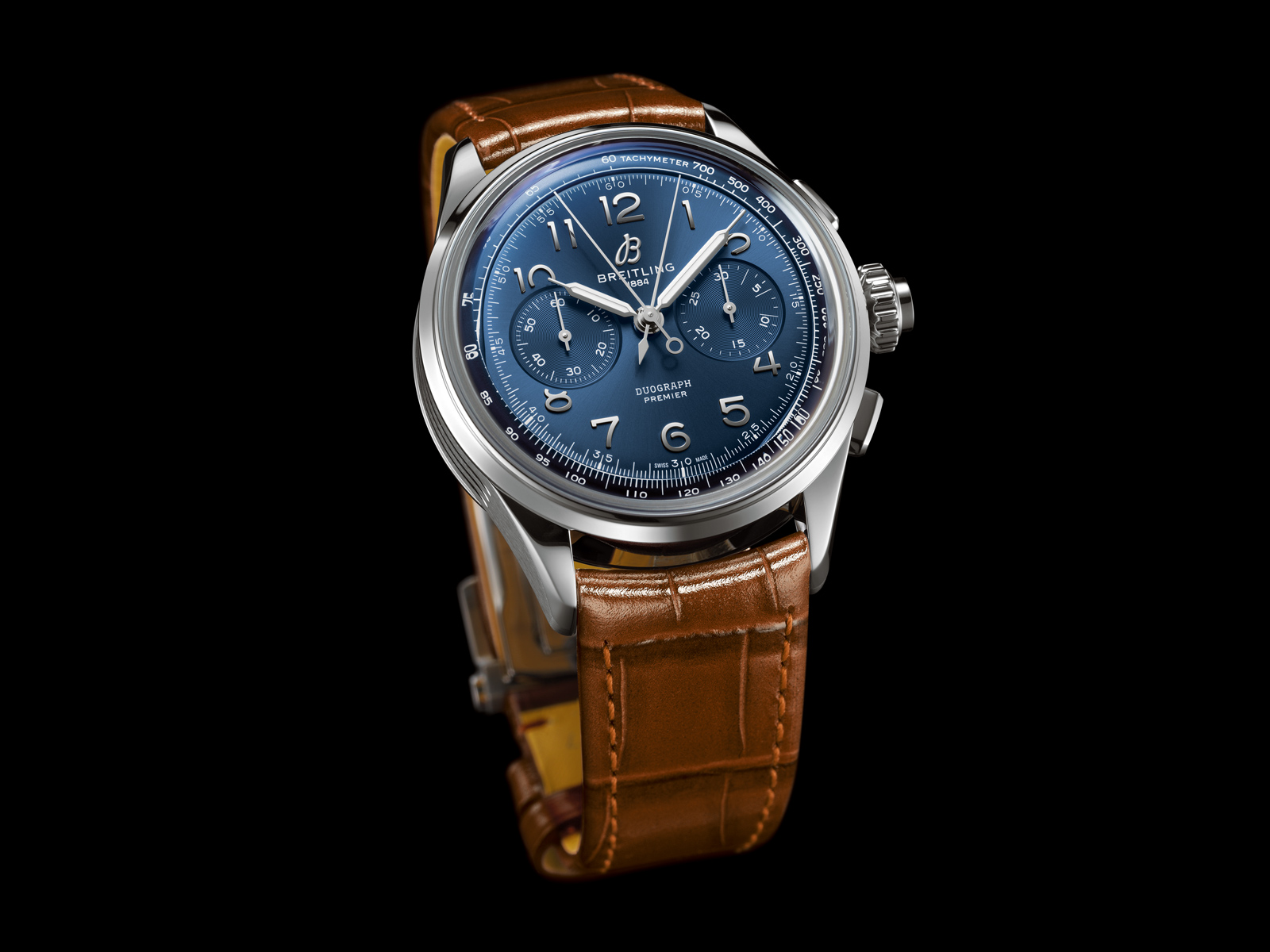 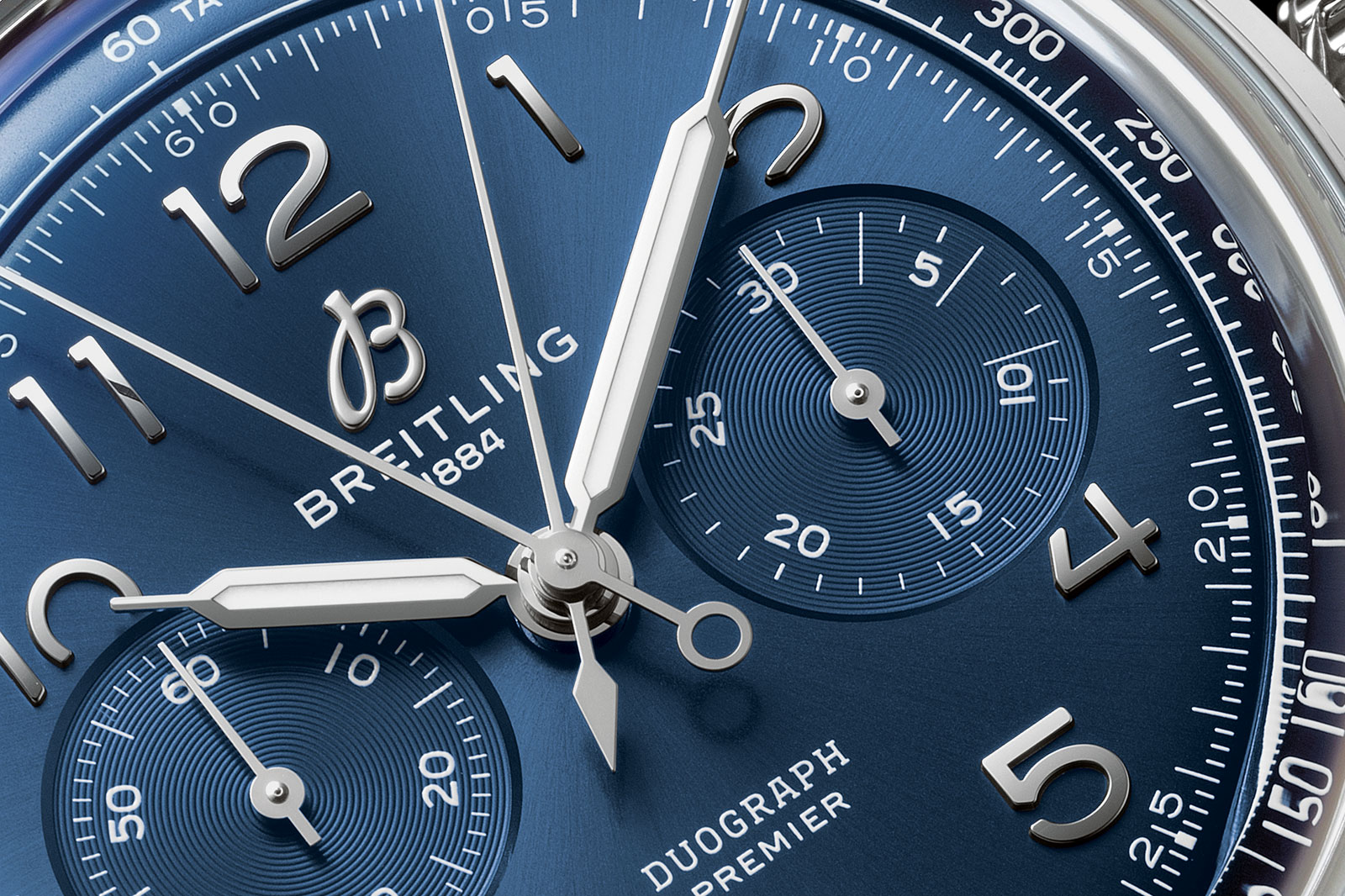 The Duograph can also be had in an 18k red gold case that features a black dial with gold numerals. Undoubtedly the more formal of the two, the gold Duograph brings to mind a 1950s chronograph with a “gilt” dial – not a bad look at all and perhaps an option for black-tie wristwatch, notwithstanding the 42 mm case. 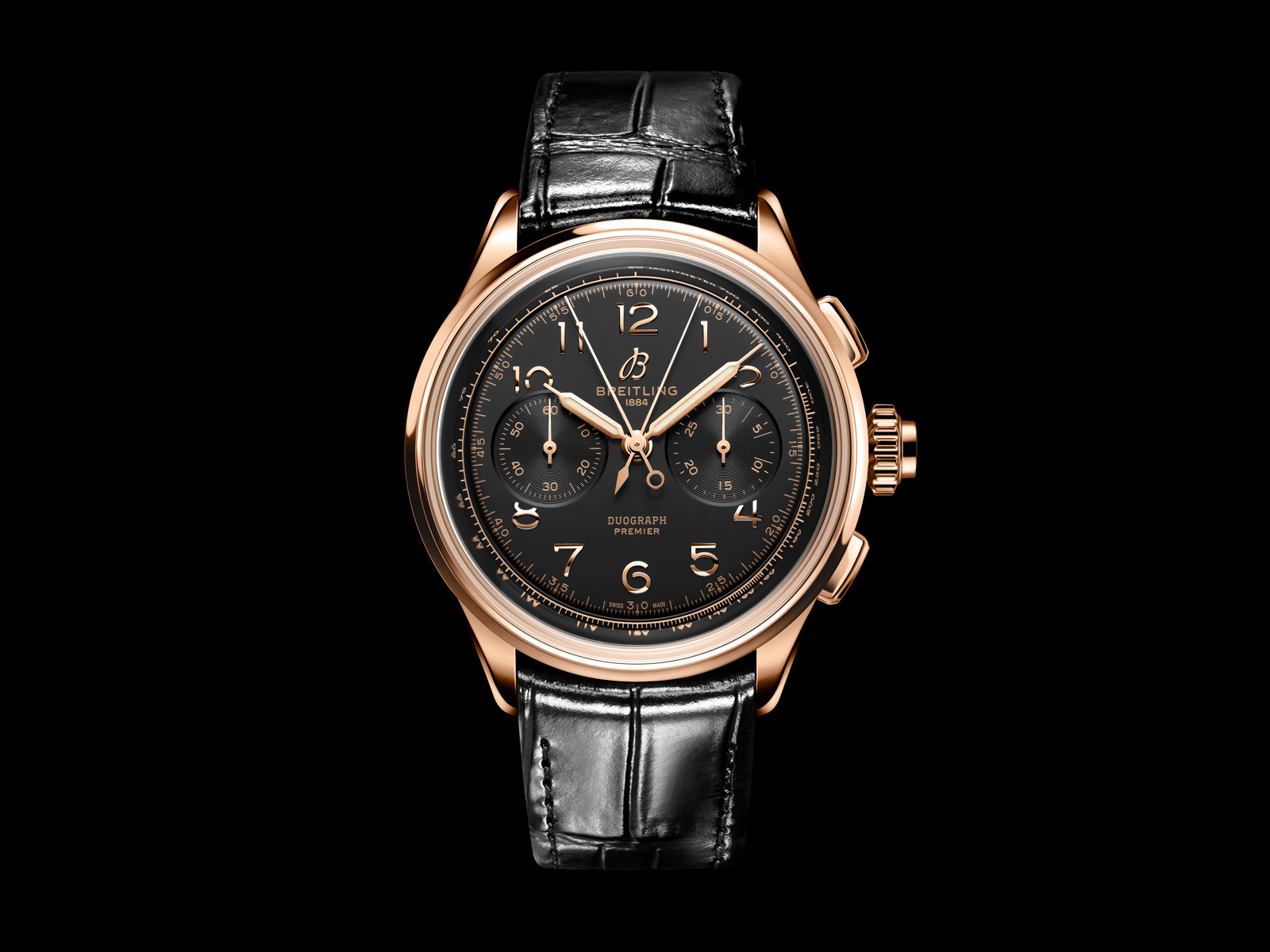 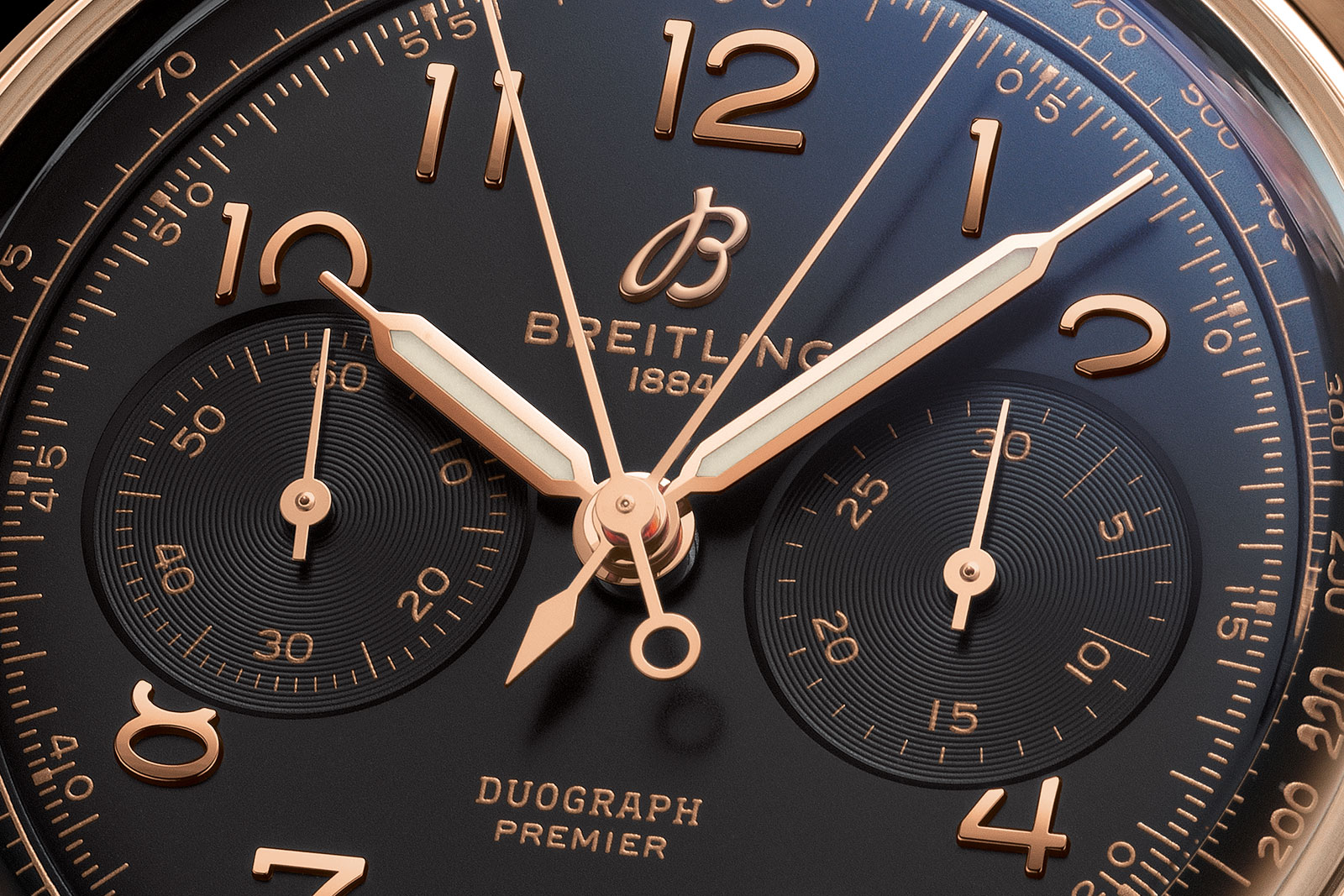 The B15 is also the manual-winding variant of the B03 automatic split-seconds, and boasts an above-average power reserve of 70 hours and is COSC-certified.

Like all of Breitling’s in-house chronograph movements, the B15 is equipped with both a column-wheel and a vertical clutch. 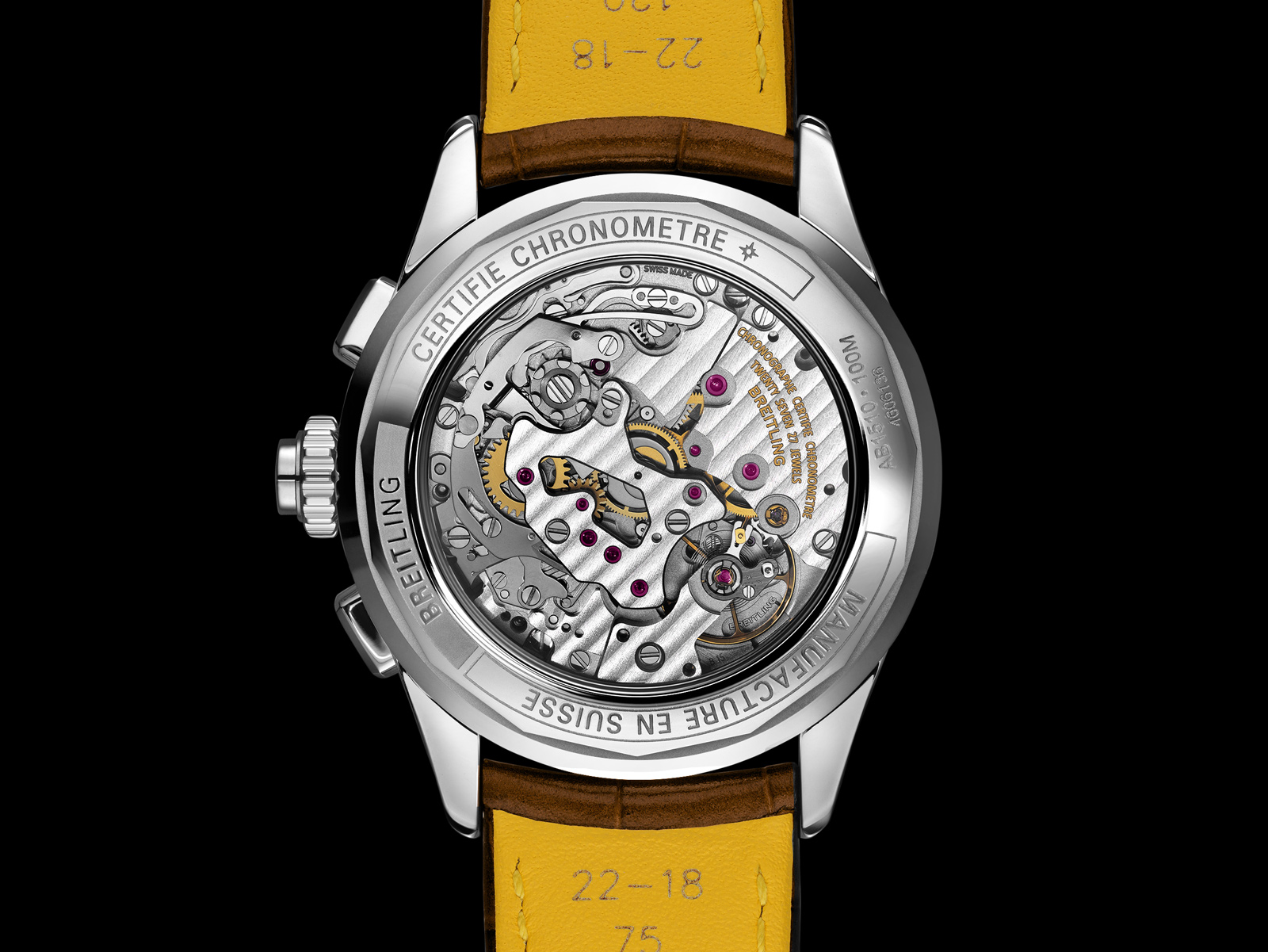