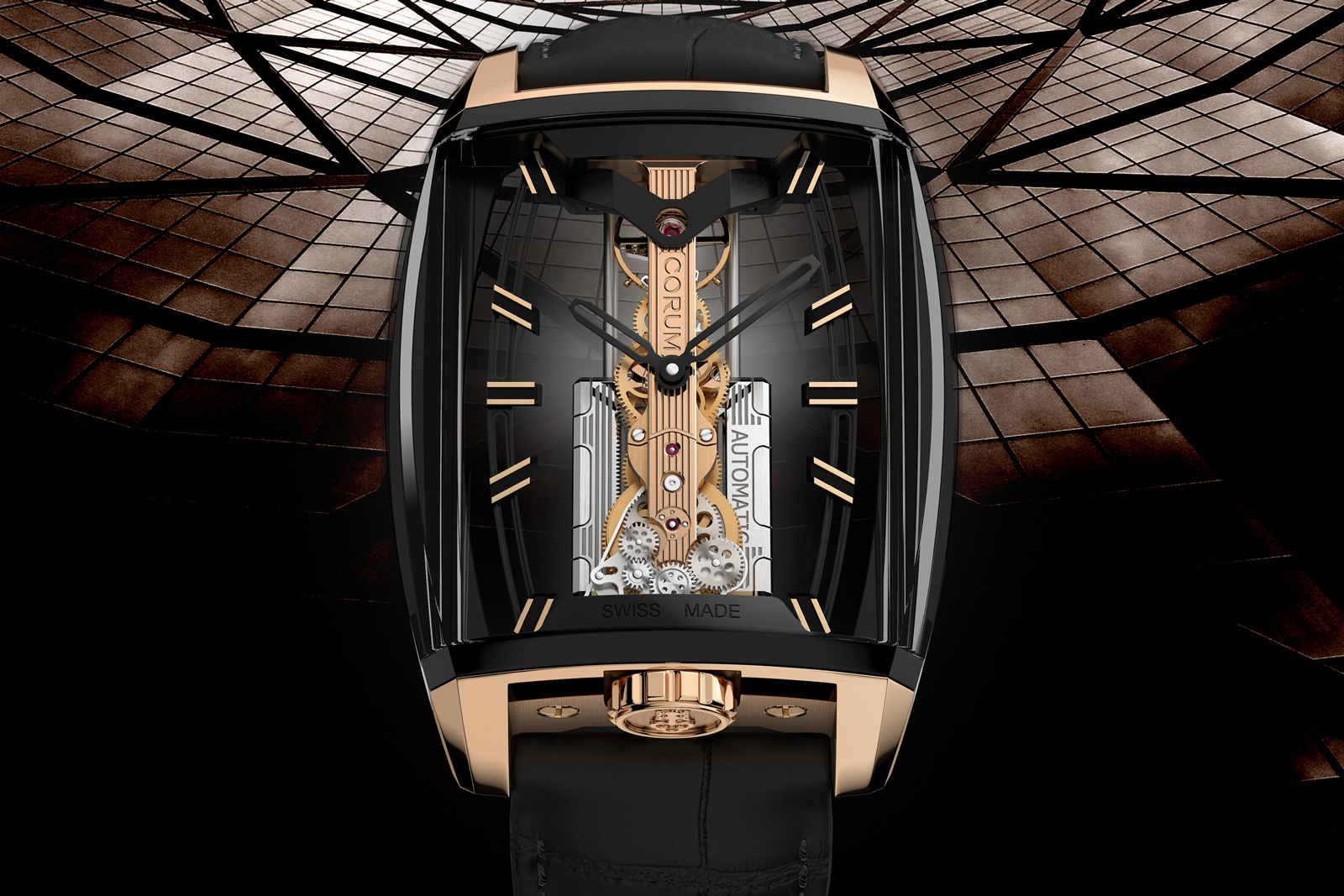 While known for unorthodox designs such as the Coin, Bubble and Admiral’s Cup, Corum’s piece de resistance is the Golden Bridge. Devised by independent watchmaker and ACHI co-founder Vincent Calabrese in 1980, the delicate, elongated movement remains a watchmaking feat.

In 2011, Corum debuted the automatic Golden Bridge movement that was wound by an innovative weight that slid on rails. To celebrate the decade since that milestone, Corum has created the 10th Anniversary Golden Bridge Automatic, which puts the movement within a larger case with a wraparound sapphire crystal. 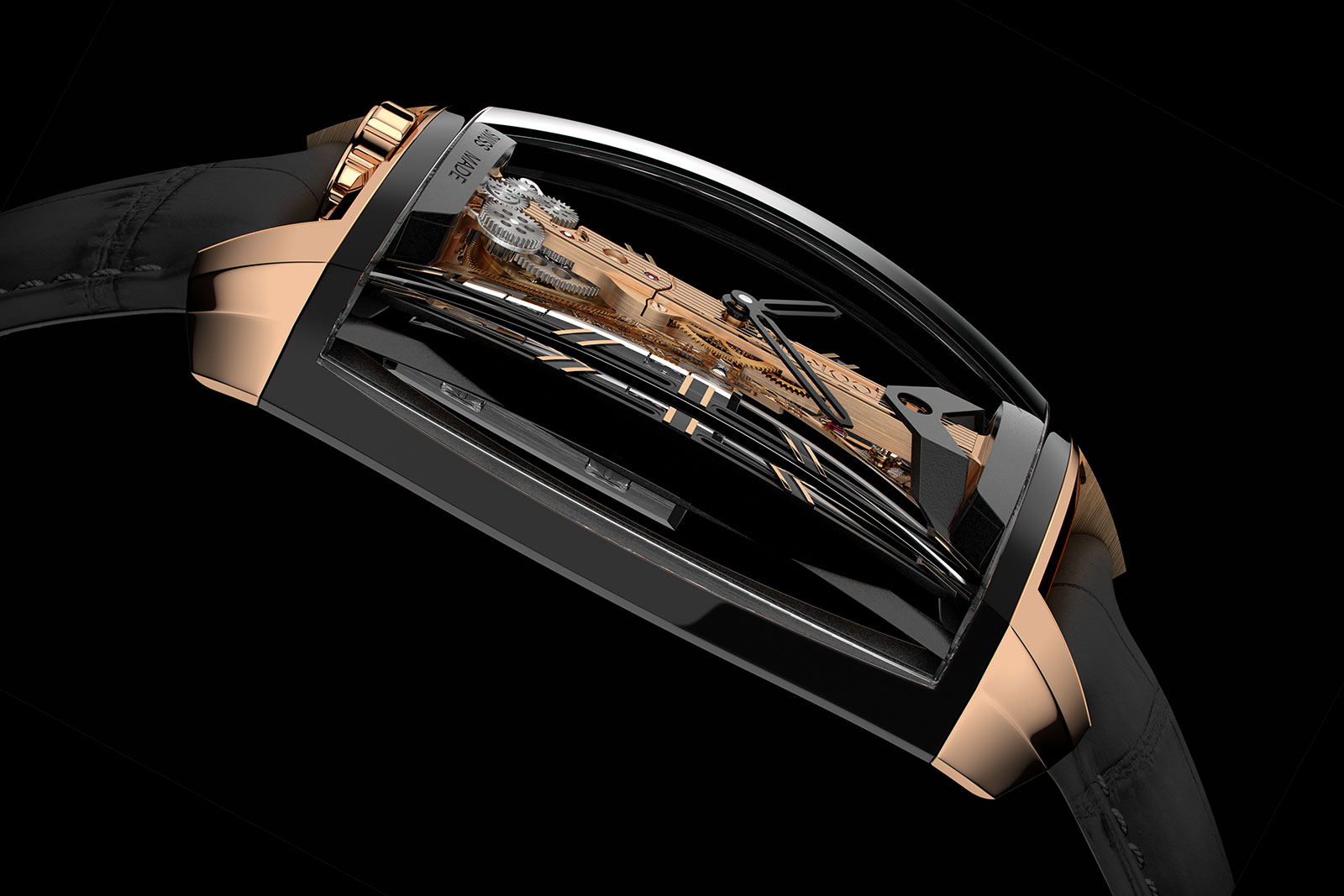 I’m not the biggest fan of Corum’s better known designs, which are often oversized and ostentatious. The exception is the Golden Bridge, which is to Corum what the Tourbillon with Three Gold Bridges is to Girard-Perregaux – a movement defined by its construction and aesthetics.

I’ve always liked the Golden Bridge – the baguette shape is not only unique, but also a mechanical marvel. The automatic Golden Bridge further stands out for its vertical winding mass, instead of a traditional rotor. 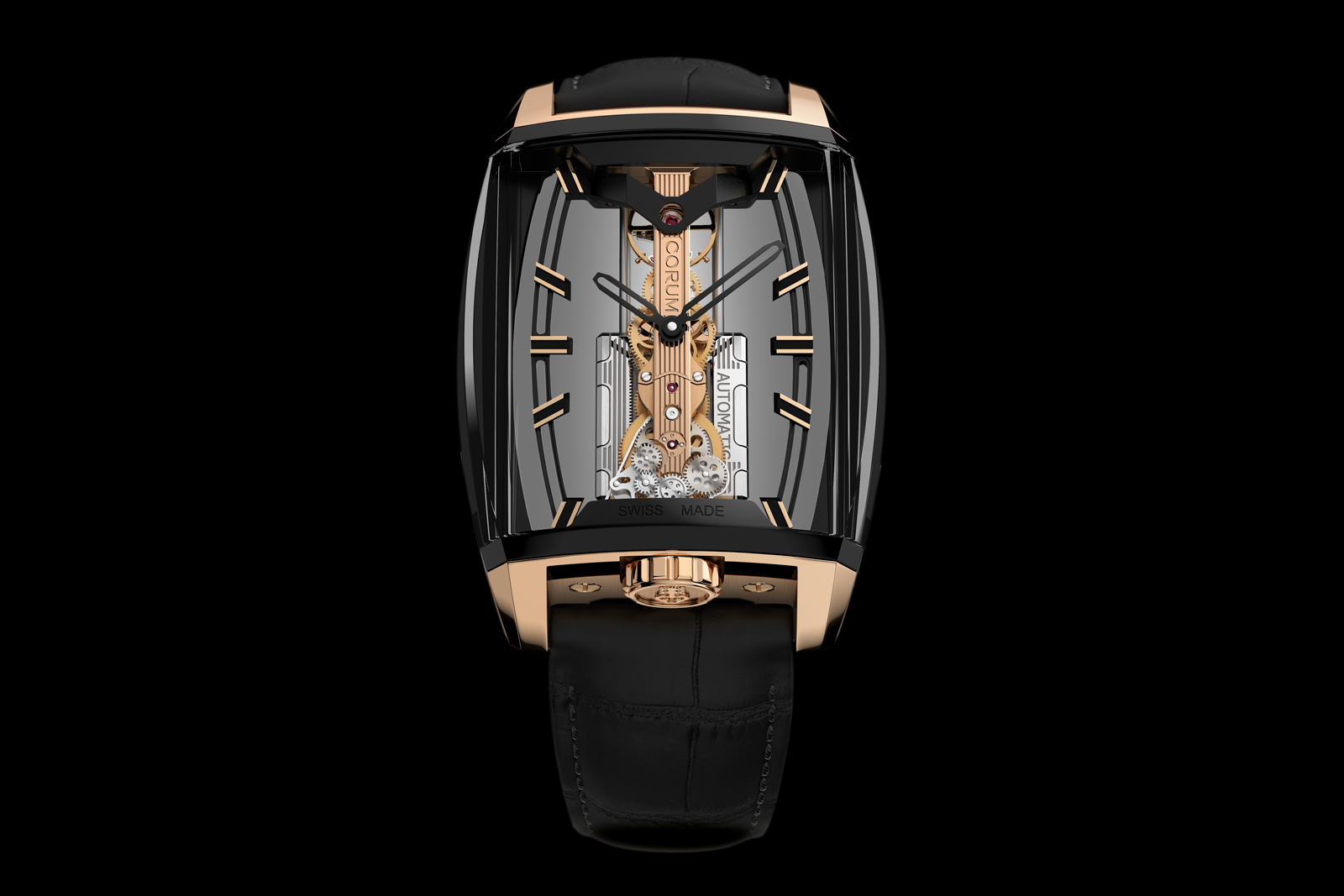 My pick of the collection

Starting at about US$35,000 in titanium, the 10th Anniversary Golden Bridge Automatic is actually rather well-priced, considering the movement. In fact, the new anniversary models are priced lower than their 2011 counterparts. 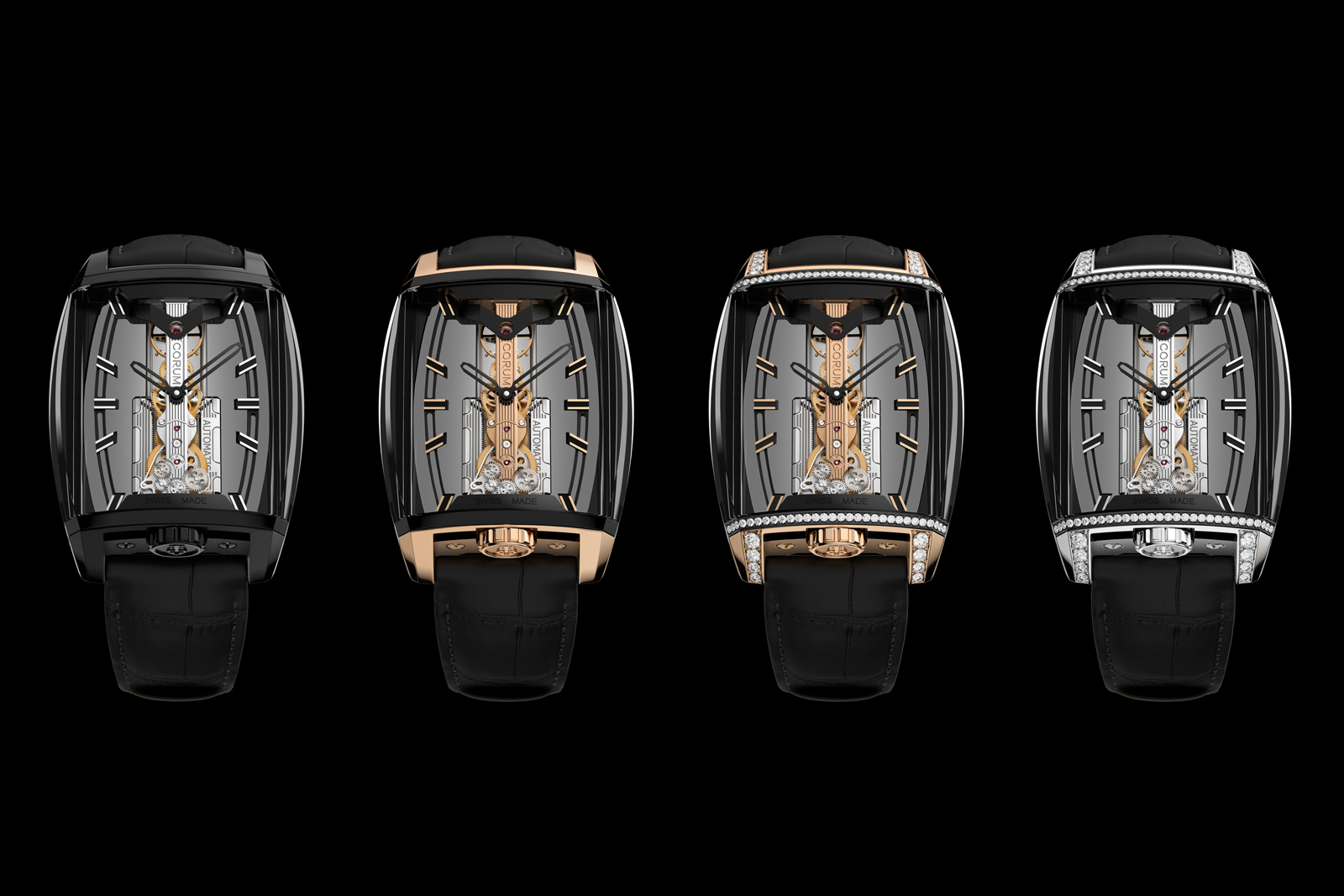 The watch is available in either titanium or titanium and rose gold, along with diamond-set variants

Like the original, the 10th Anniversary Golden Bridge Automatic has a tonneau case. However, it now features a one-piece sapphire crystal that wraps around the front and sides, allowing the movement to be admired from all angles.

More contemporary in style than its predecessor, the new Golden Bridge has a minimalist case in either titanium or gold. The titanium version is entirely coated in black diamond-like carbon (DLC), while the gold model has an inner frame coated in DLC. 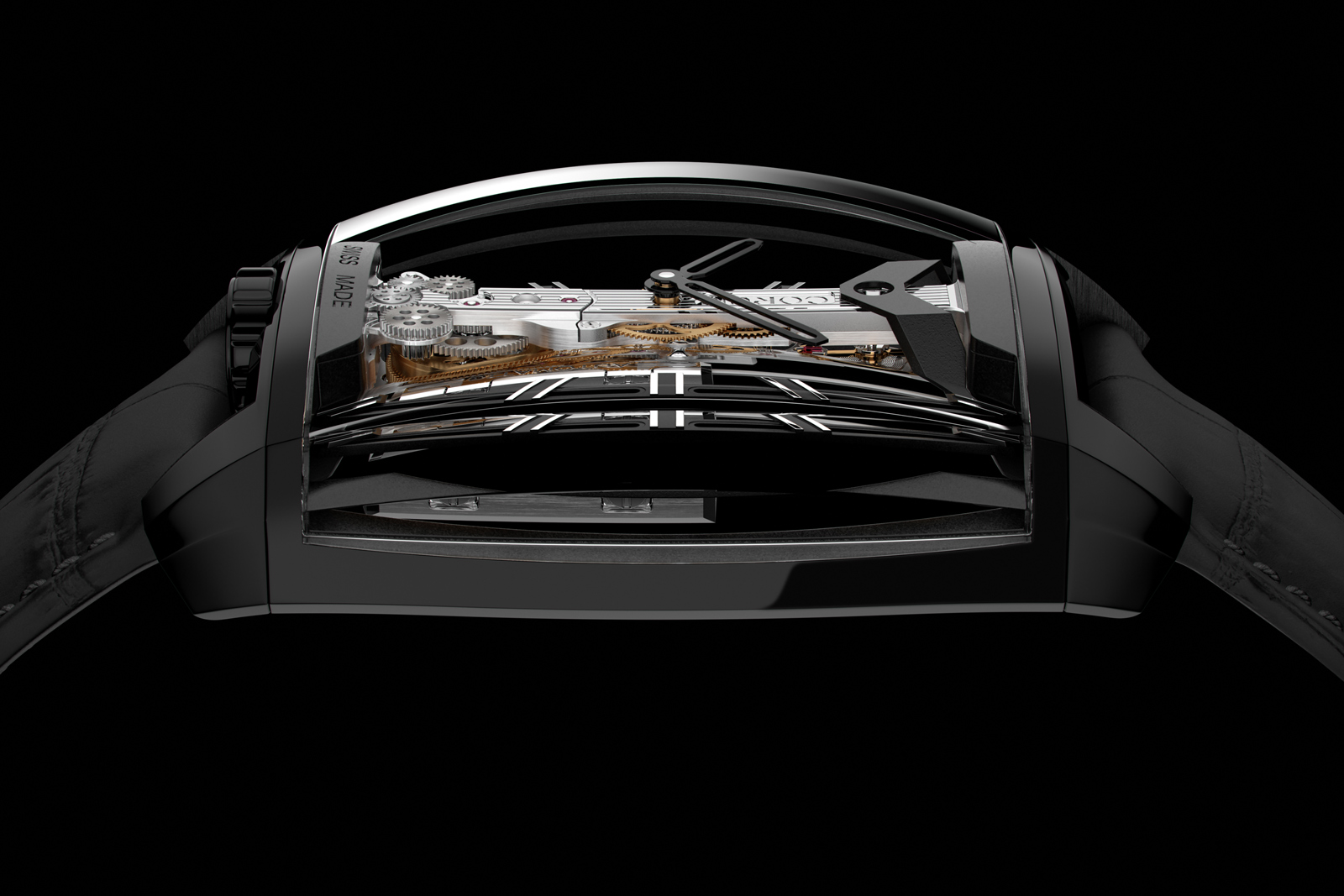 Taking its name quite literally, the movement has its bridges and main plate in solid 18k gold – either white or rose depending on the case. The bridge are hand-engraved with a pronounced vertical fluting reminiscent of Art Deco.

Although the movement is undoubtedly the highlight, the dial is constructed in an unusual manner. The indices are applied by hand along a rail that frames the movement, which Corum refers to as a “floating harness system”.  Because the watch has no dial, the indices are suspended only by the rail, seemingly appearing to “float”. 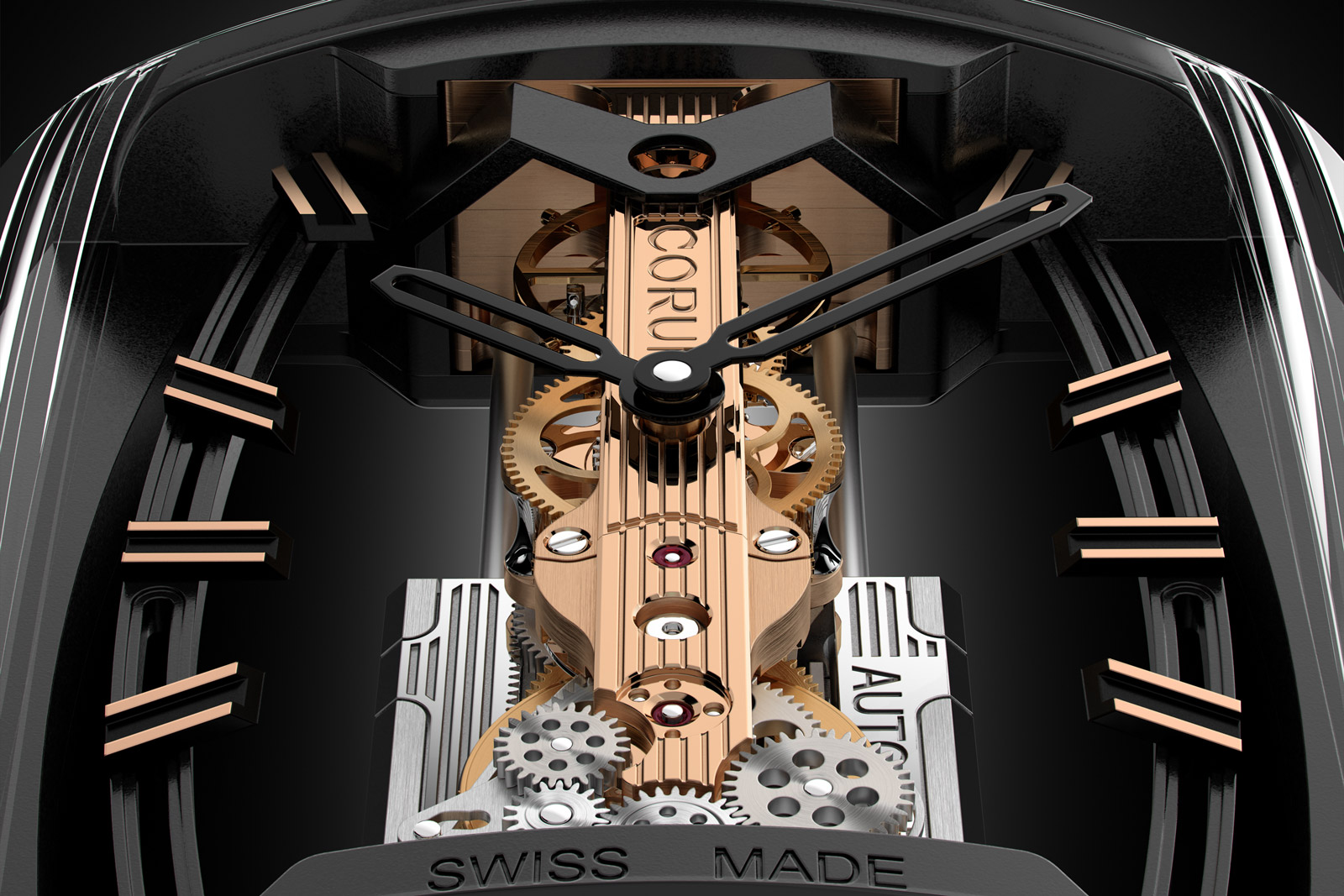 Under the smoked sapphire case back is the cal. C0303, with its defining sliding weight visible from both sides of the case.

Comprising of 194 components, the baguette-shaped movement is equipped with a variable-inertia balance promises more stable timekeeping, as well as a slipping spring for the automatic mechanism that prevents overwinding. And despite its miniature size, the calibre still boasts a decent 40 hours of power reserve. 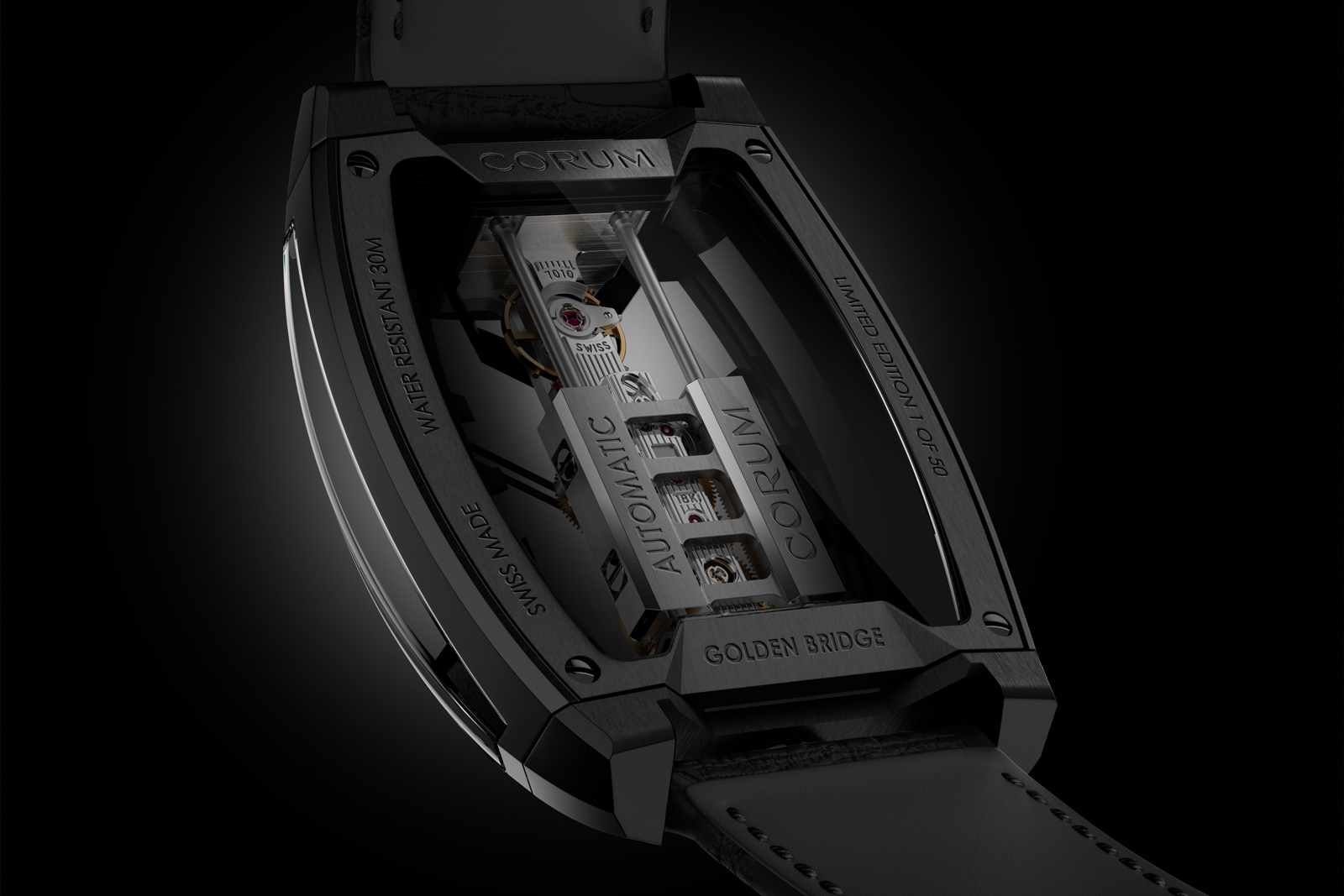 With a bronze case that is already heavily aged.

Corum Marks the 50th Anniversary of the Coin Watch, Including an Extra-Large Model (with Pricing)