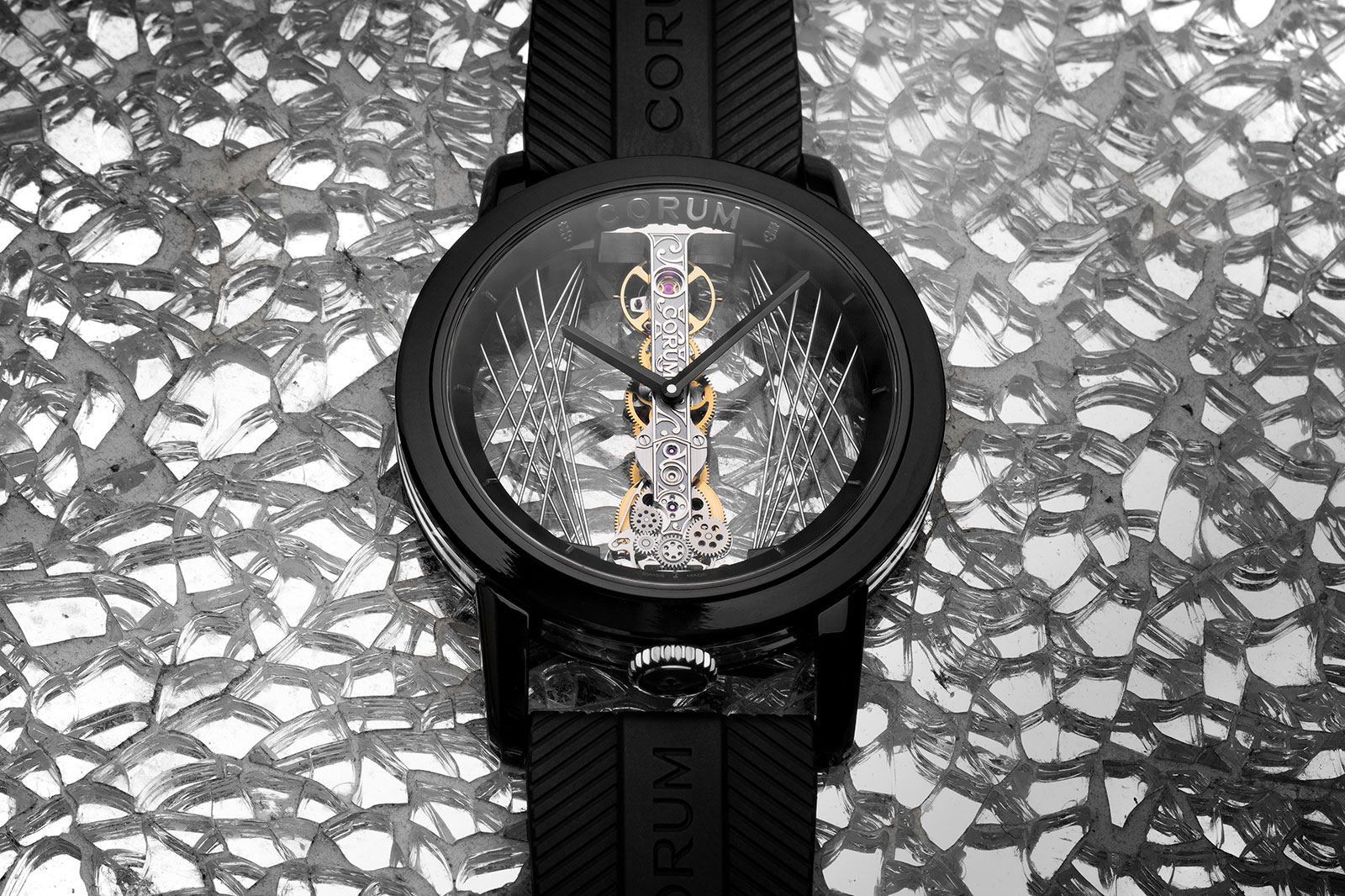 Invented by pioneering independent watchmaker Vincent Calabrese in 1980 – whose specialty remains intriguing shaped movements – the Golden Bridge has become a Corum signature – a tiny, baguette-shaped movement suspended in watch cases of varying shapes and sizes. Despite being almost 40 years old, the Golden Bridge remains an impressive feat of movement construction, and one that is not as highly regarded as it should be.

The latest iteration of the watch is the Golden Bridge Round 43 Art Deco, which installs the Golden Bridge movement in a conventional, round case, but frames it on both sides with sets of brass wires, evoking the cables of suspension bridges. Two versions are available: one with gilded wires and a yellow gold movement, the other with rhodium-plated wires and a matching movement. 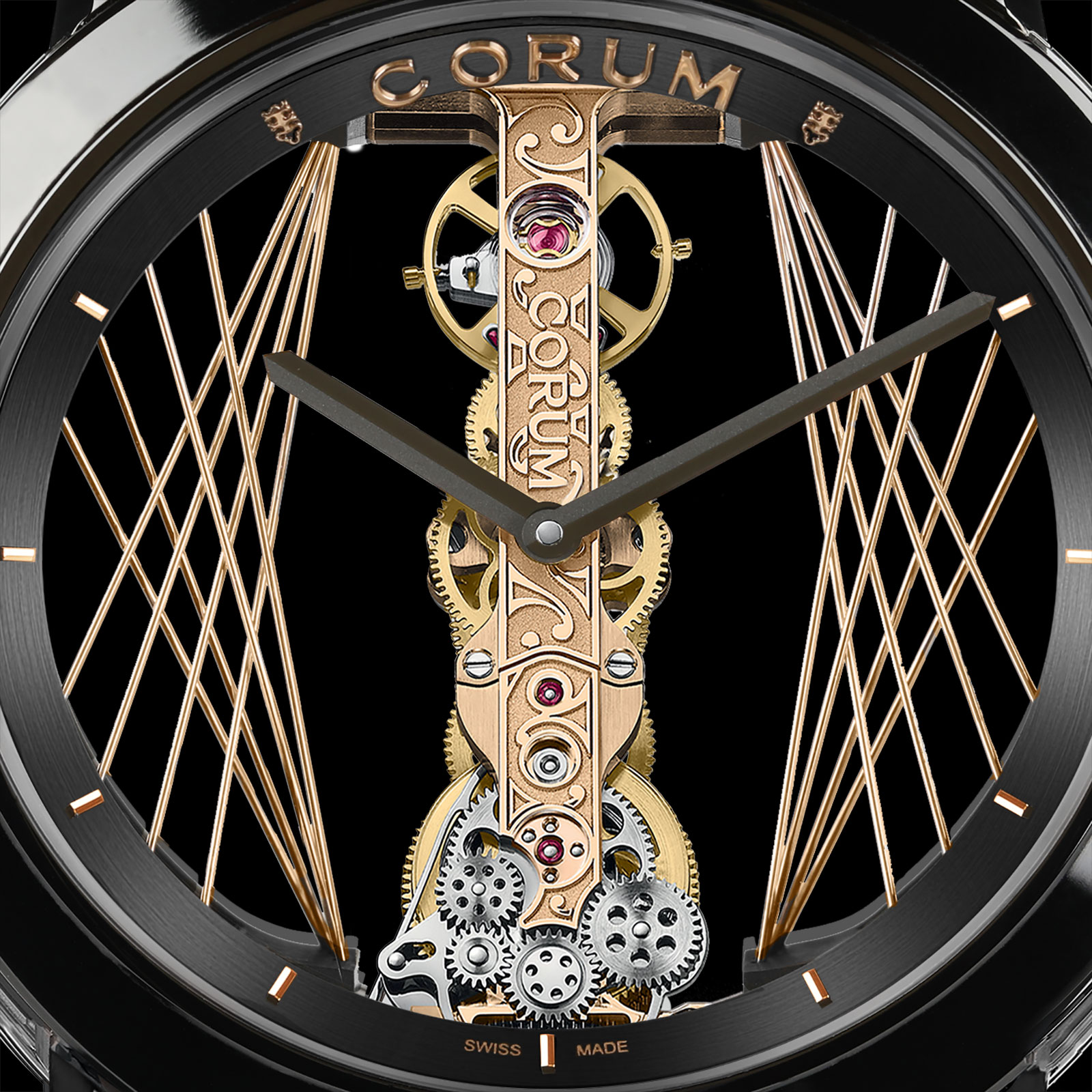 Mechanically the CO 113 movement is identical to that found in earlier versions. Taking its name literally, the movement has its bridges and main plate in solid 18k gold. It was born out of Mr Calabrese’s original design – which was delicate and finicky – having been reengineered about a decade ago by Laurent Besse, an independent watchmaker who formerly worked for Corum after his own workshop went bust.

The case is a large 43mm and made of titanium coated in diamond-like carbon (DLC), giving it a glossy black finish. Its size means it loses the delicate elegance of the originals, which were all contained in narrow, rectangular cases, but conversely the round case makes it more masculine and easier to wear. 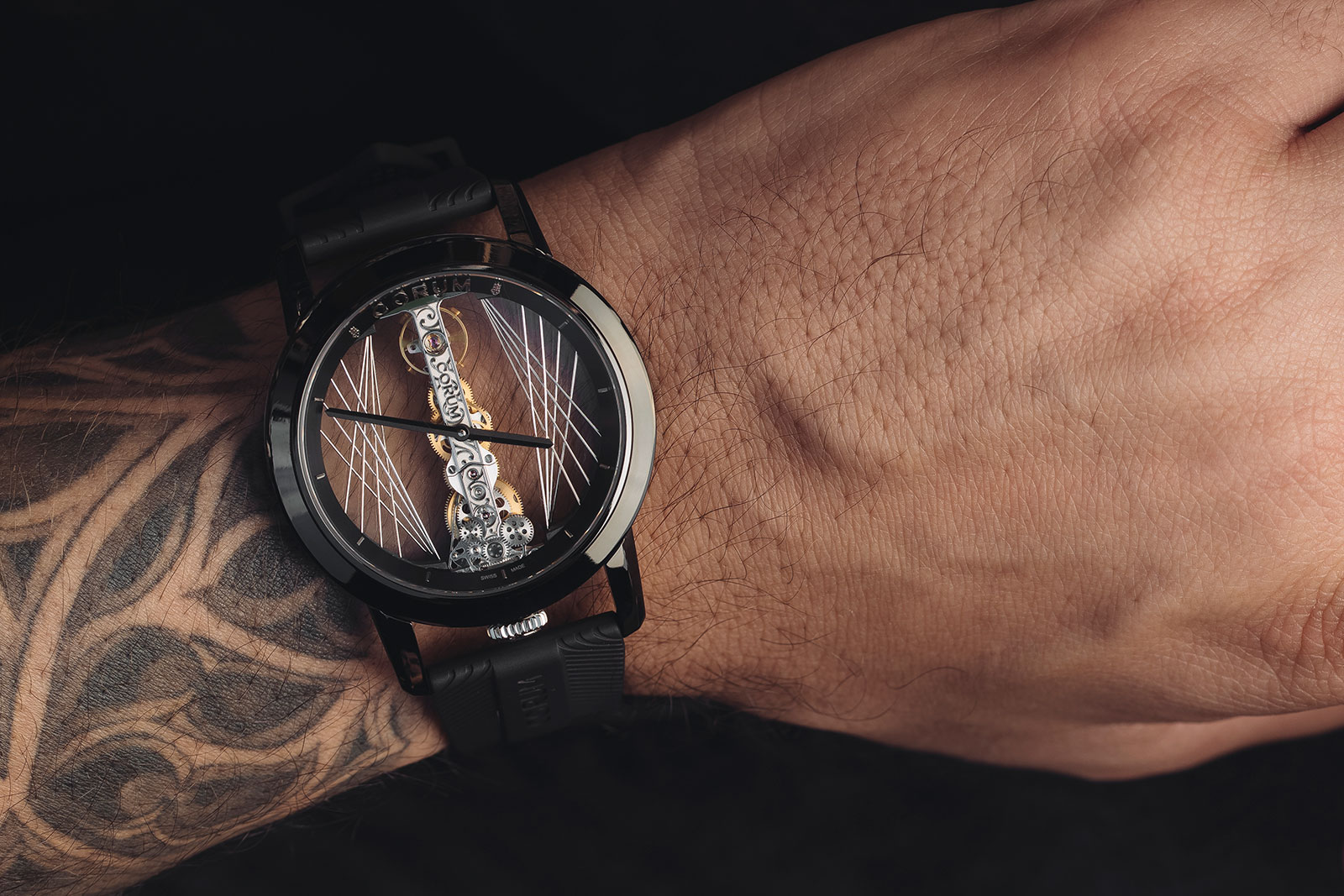 Availability: Limited edition of 188 pieces in each finish
Price: US$23,800

The delicate baguette movement gets a facelift.