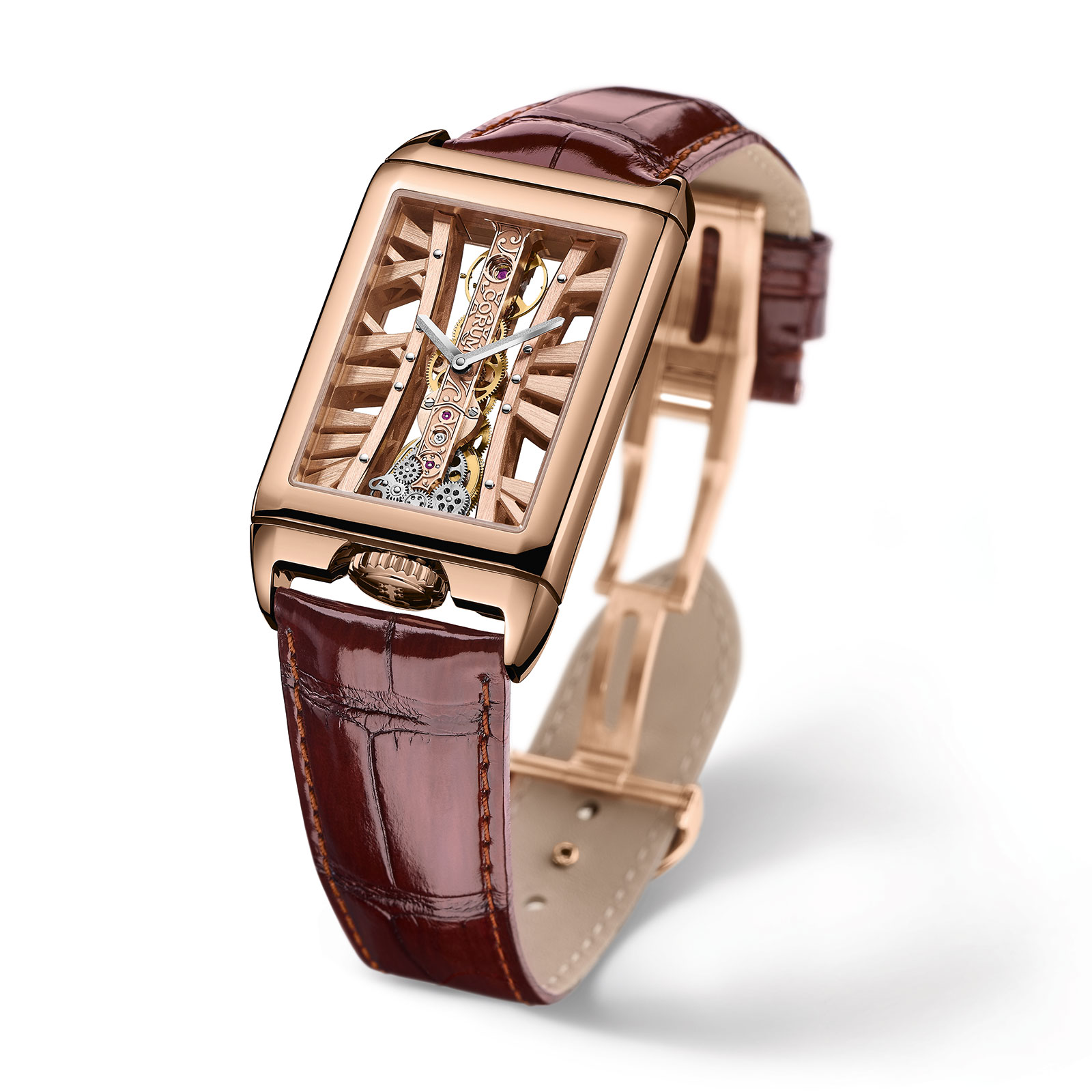 Soon to be officially launched at Baselworld 2017, the Golden Bridge Rectangle puts Corum‘s best known movement inside an oblong case that harks back to its forerunner.

Invented by independent watchmaker Vincent Calabrese, who was one of the co-founders of the AHCI and an expert in tiny form movements, the Golden Bridge made its debut in 1980, getting its name from the elongated shape of the movement, which had its plates made of 18k rose gold.

Constructed in a linear manner with the barrel at one end and regulator at the other, with the gear train in between, the original Golden Bridge was an impractically delicate watch. The modern day Golden Bridge CO 113 calibre shares the same aesthetics as the original, as well as the 18k rose gold bridges, but was built from the ground up to be robust and functional. It was conceived by movement specialist Laurent Besse, the same watchmaker responsible for the calibre that powers the MB&F HM4. The Golden Bridge Rectangle is 29.5mm wide and 42.2mm long, a form that echoes the shape of the 1980 original. On either side of the baguette-shaped movement are stylised Roman numerals made of 18k rose gold that are riveted to a vertical support. Besides the visual embellishment, the Roman numerals also helpfully hide the wrist visible beneath the watch when it’s on the wrist.