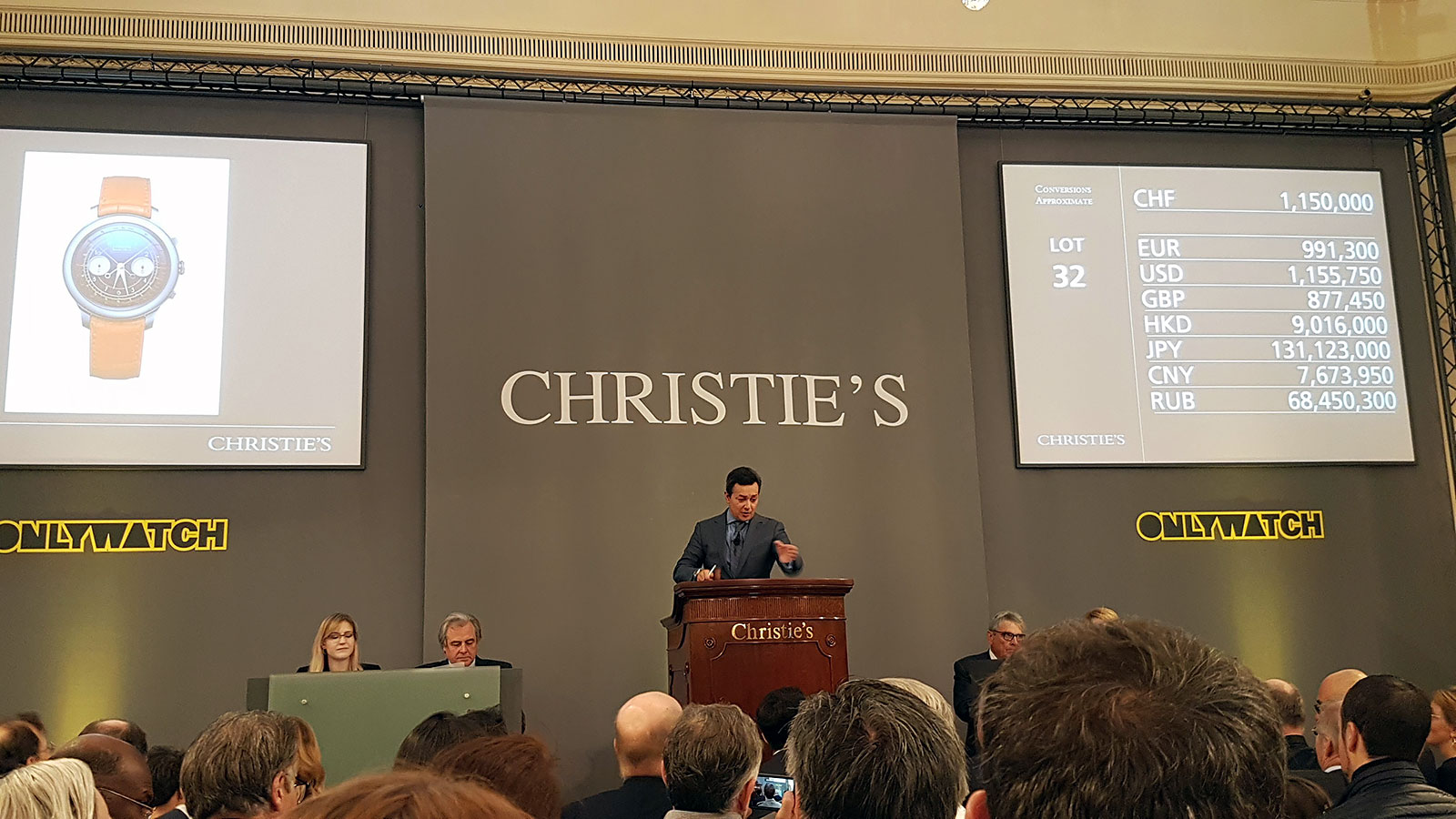 Christie’s Education, the learning division of the auction house, has just launched Behind the Curtain: Watchmaking Houses, a series of virtual classes catered to beginner enthusiasts that profile the most important watch brands – essentially the names that are typically the most sought after at watch auctions.

Conducted by Geneva-based watch expert Antoine Géraud, the weekly courses cover the history, important watches, and key personalities at Patek Phillipe, Rolex, Audemars Piguet, Breguet, Vacheron Constantin, and Cartier. Each lecture is 75 minutes, and recordings of each session will be available for seven days after the class should participants wish to revisit.

The programme is essentially a crash course, making it ideal for beginners who want to learn more about key brands. And the length of the lectures seems ideal – punchy and brief, but enough to convey the necessary knowledge. 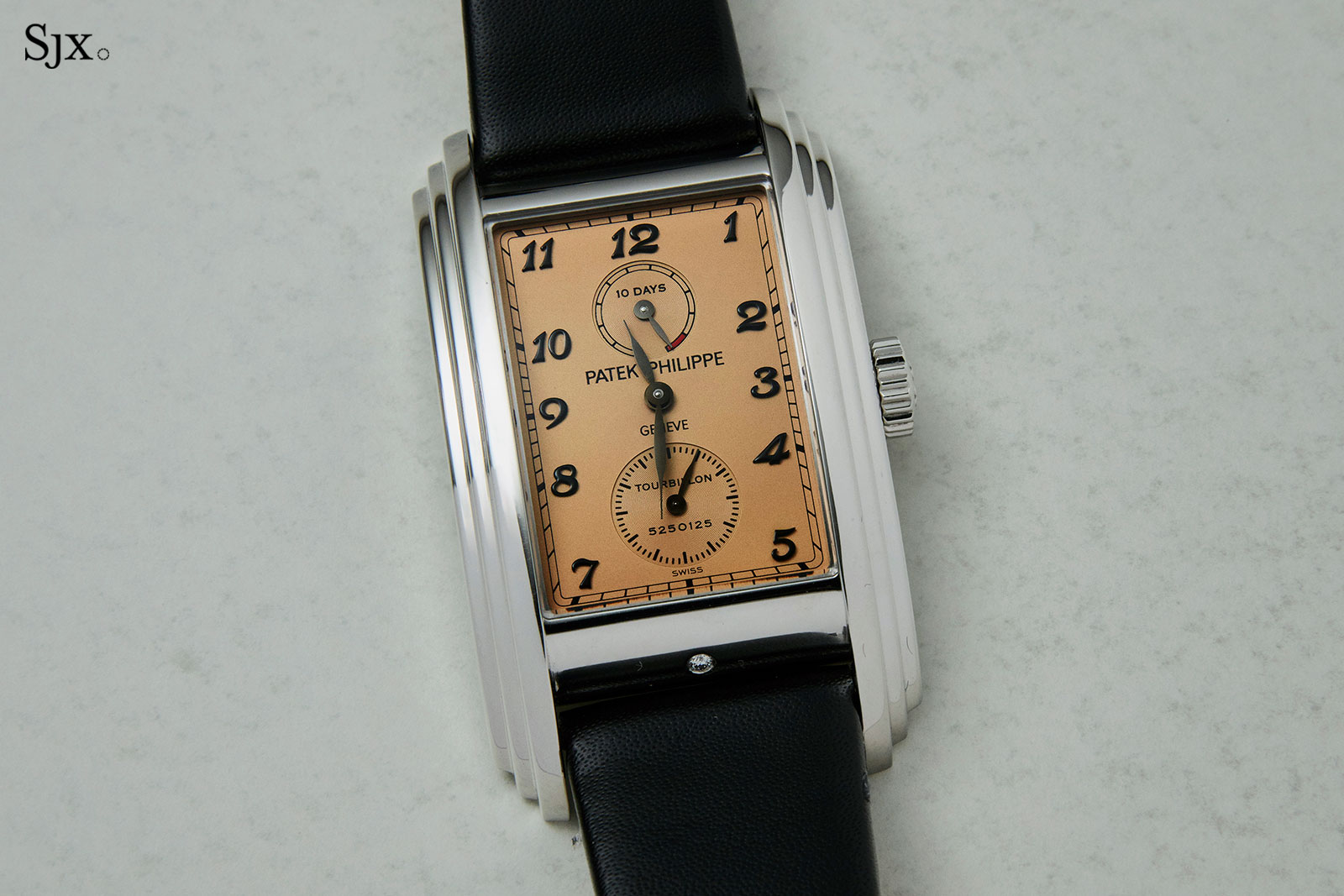 Alongside the watch history classes is a separate programme covering the biggest names in jewellery, taught by historian Vanessa Cron.

Just like the watch classes, these will go into the stories behind names like Van Cleef & Arpels, Tiffany & Co., Bulgari, and Cartier. With jewellers often being watchmakers as well, burgeoning watch enthusiasts might find the jewellery classes useful too. 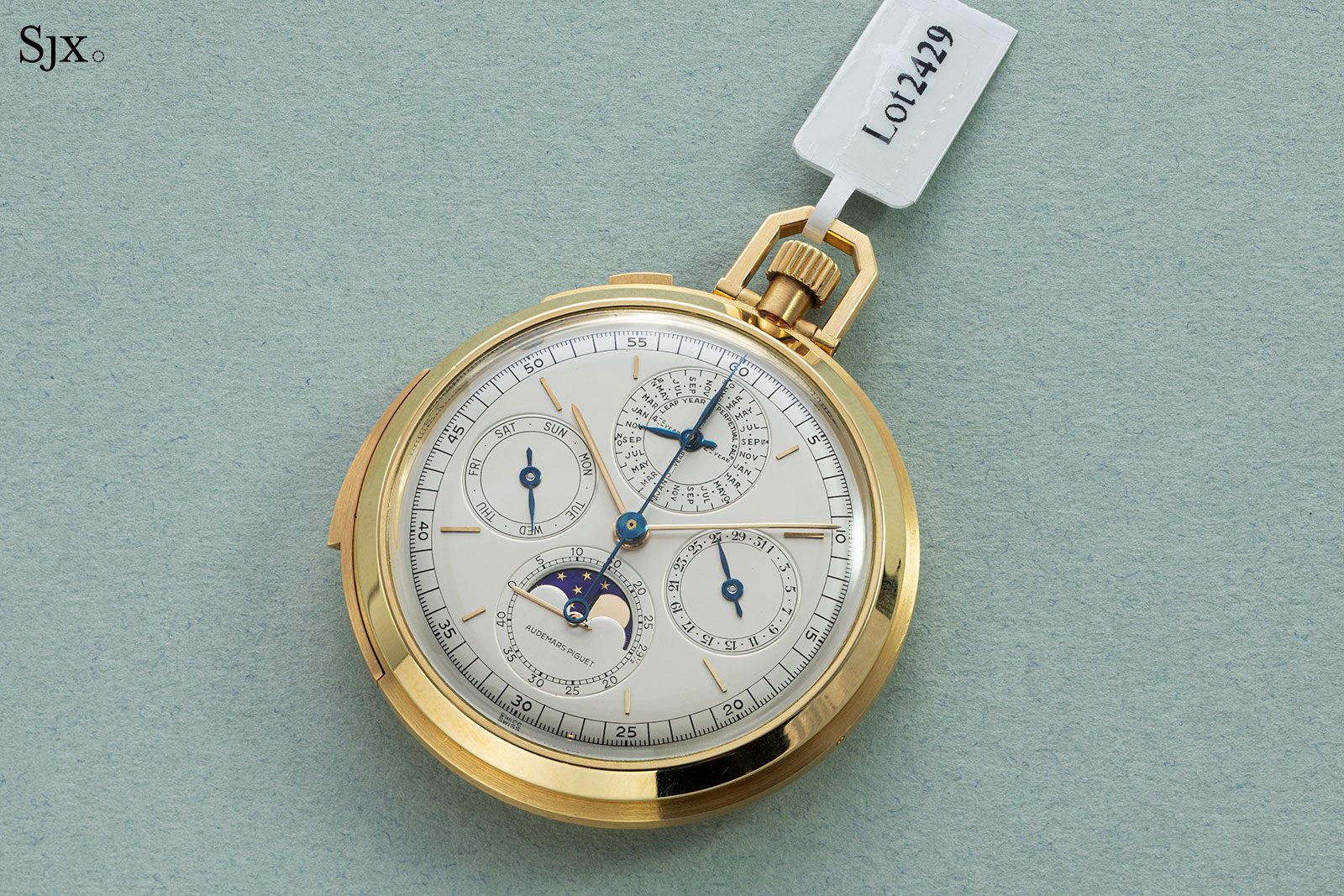 Participants can obtain a certificate of completion upon finishing the syllabus for either category. The watchmaking courses take place from now till April 27, and the jewellery programme until April 29.

A hybrid of subscription and instalments.

Supporting the arts during the pandemic. 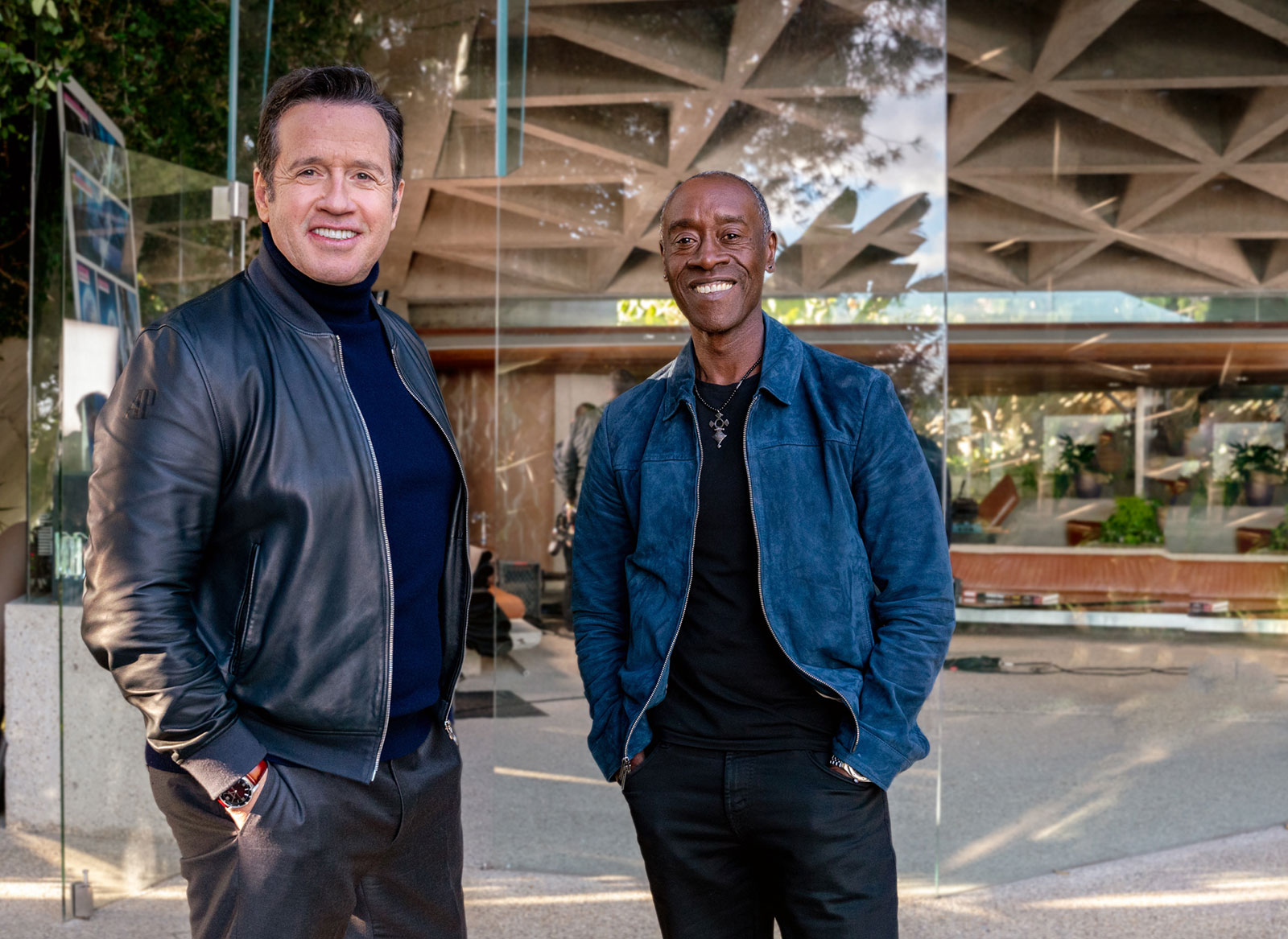 Audemars Piguet just announced many of the year’s new launches during Inside AP, a virtual presentation anchored by chief executive François-Henry Bennahmias and head of complications Michael Friedman, which also included something more intriguing – a partnership with Marvel and its band of superheroes.

Hinted at when I interviewed Mr Bennahmias in 2019 – the announcement originally slated for a June 2020 – the tie up was decades in the making. According to Mr Bennahmias, he had envisioned a tie up with Marvel, the film studio and comic-book publisher that owns characters like Spider-Man, Iron Man, as well as the Avengers and X-Men, some 15 years ago.

He only managed to set it in motion in 2017, thanks to American actor Don Cheadle, best known for playing War Machine in the Iron Man and Avengers film series. Friends with Mr Bennahmias for a decade, Mr Cheadle set up a meeting with Marvel executives that year, and also took part in today’s Inside AP presentation. 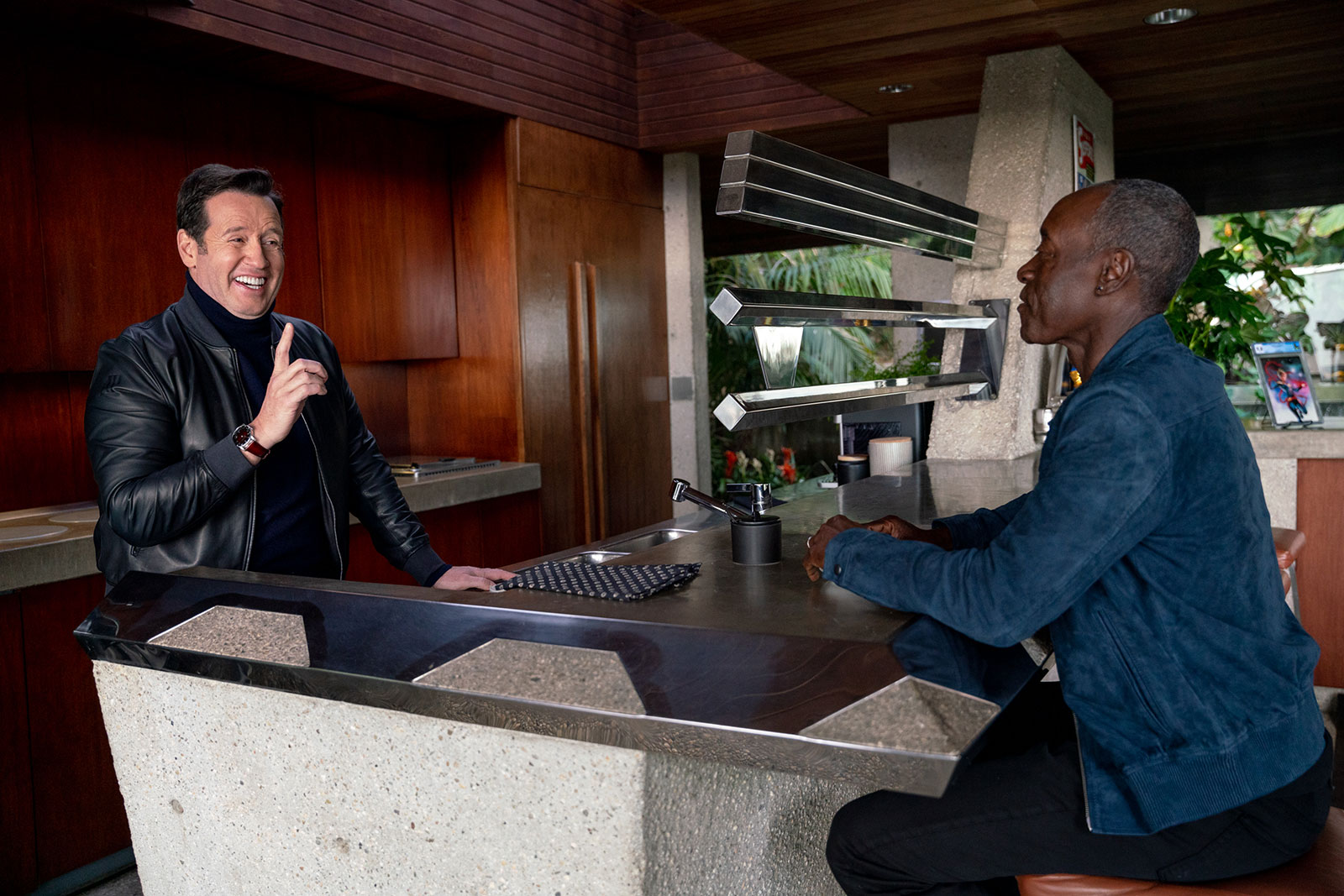 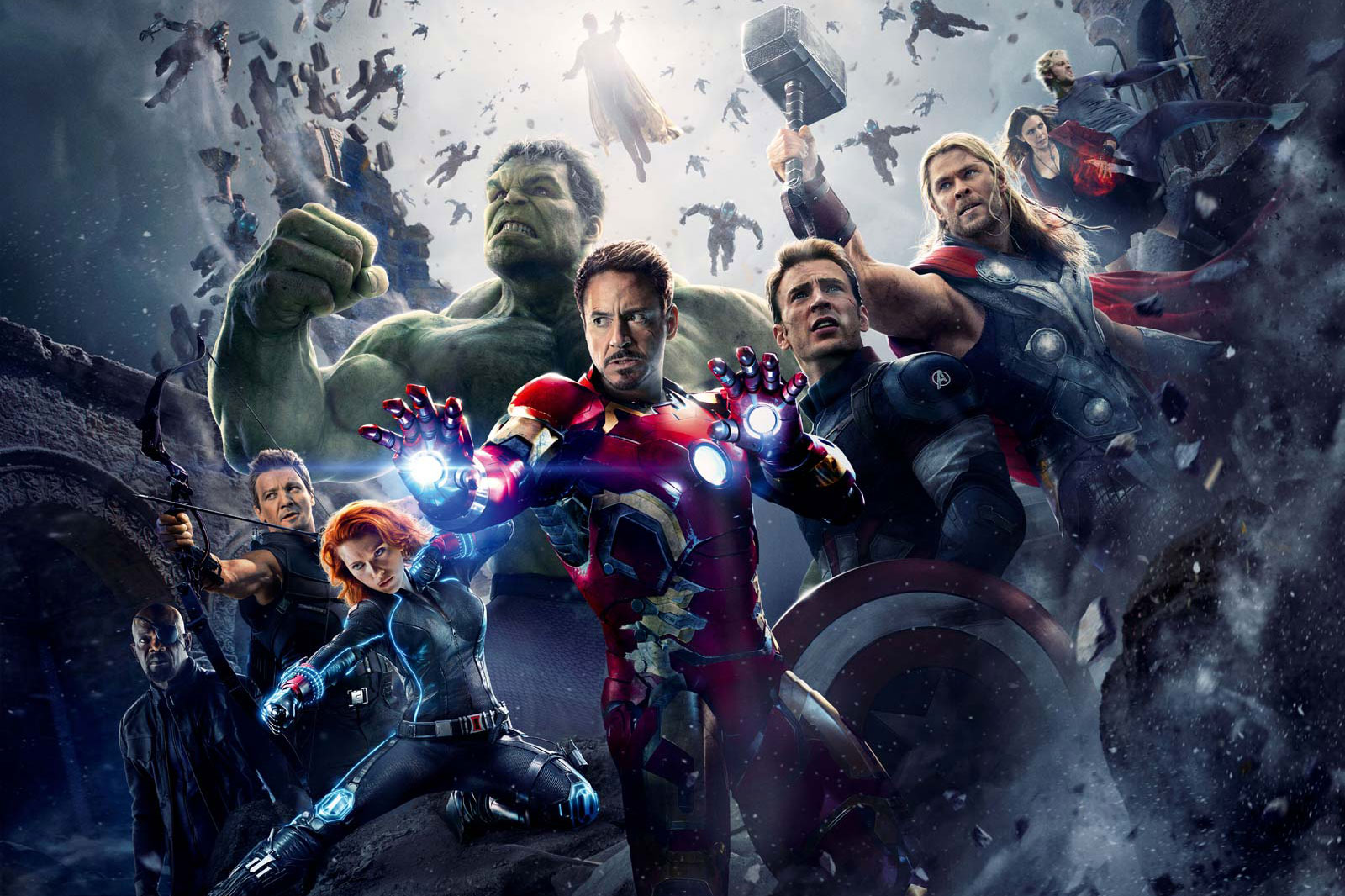 Coming soon to a watch near you. Image – Marvel Studios

Mr Bennahmias noted the Marvel partnership was inspired in part by the Fantasy watches of Gerald Genta that featured Disney characters like Mickey Mouse. Coincidentally, Marvel is now owned by The Walt Disney Company, making it a realisation of his ambition in more ways than one.

More details about this tie up will be revealed in April during an event in Los Angeles. Stay tuned. 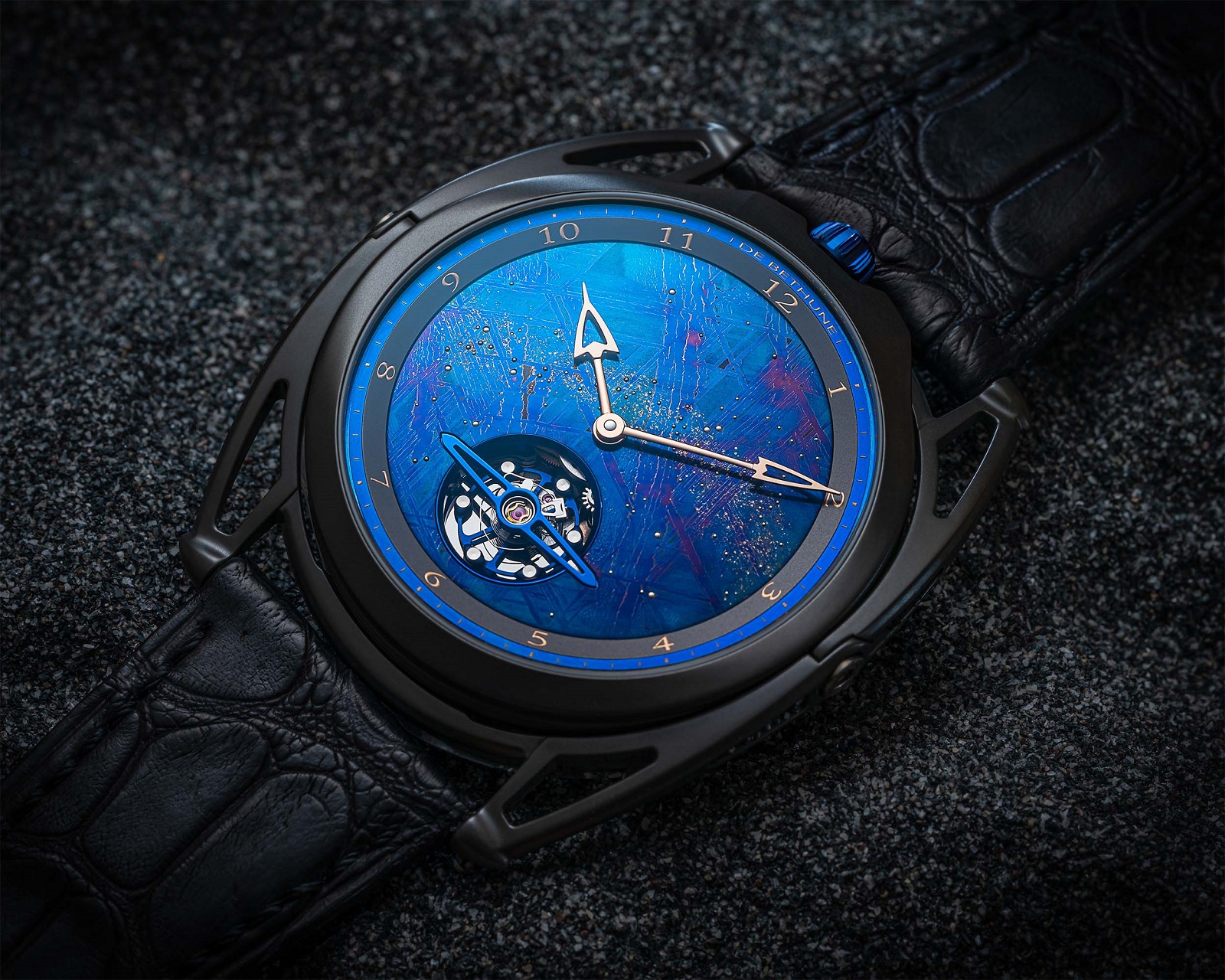 Introduced to commemorate the 10th anniversary of De Bethune’s signature watch, the DB28XP is a pared-back, slimmer and more wearable take on the original model, though still instantly recognisable with its trademark pivoted lugs.

Now De Bethune unveils the most exotic variant of the watch to date, the DB28XP Meteorite. It retains many of the elements the brand is known for, but the highlight is a brilliantly blued meteorite dial.

Meteorite dials are common, even on inexpensive watches, but De Bethune’s meteorite is unlike any other in watchmaking. Though the material is just like any other meteorite, it has been heat-treated, creating a blue oxidisation that gives it a special blue sheen. 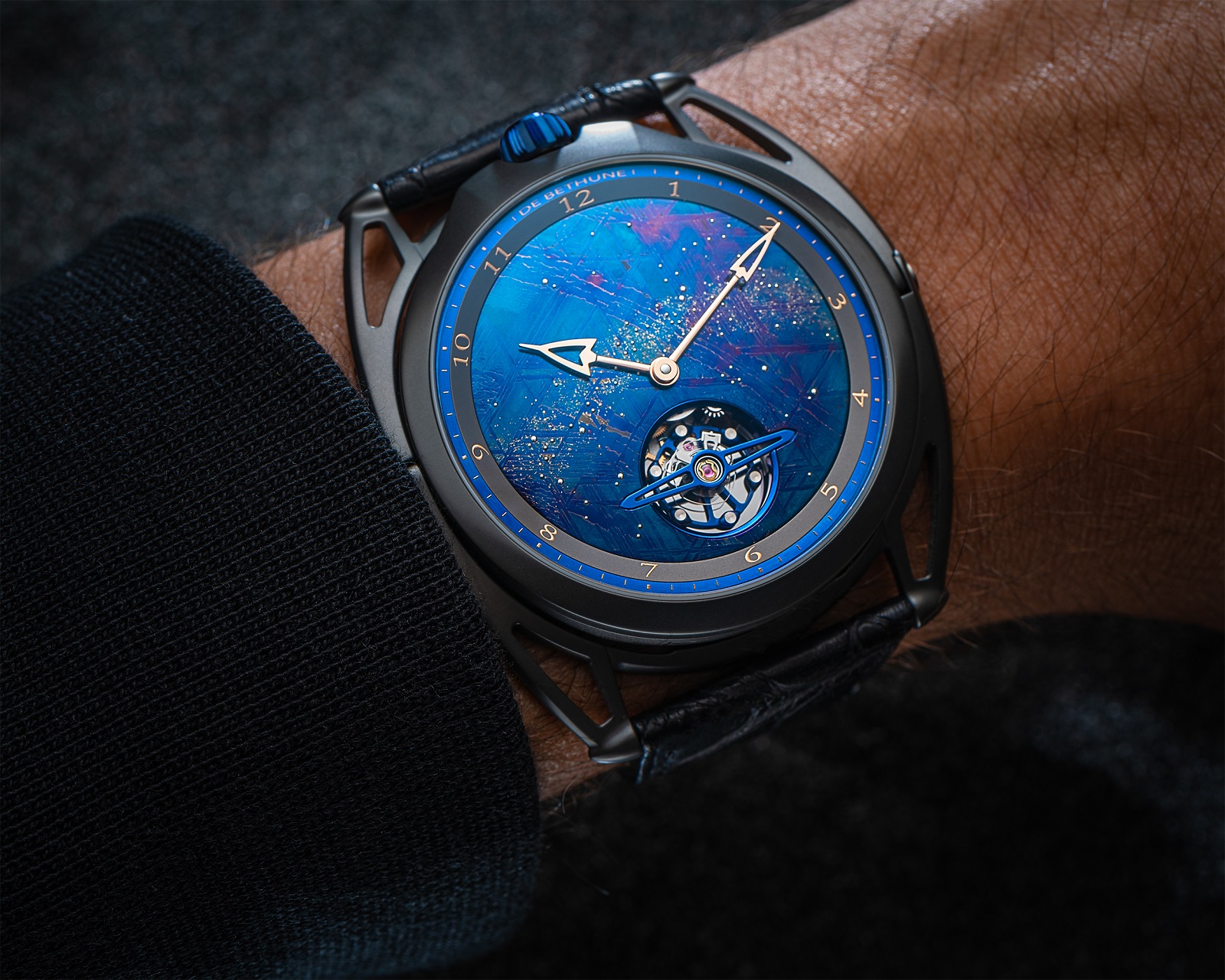 De Bethune is one of my favourite independent watchmakers – I love the Kind of Two Tourbillon from earlier in the year. Innovation is its raison d’etre, and the new DB28XP Meteorite exemplifies that, both technically and aesthetically. While heat-blued titanium is a De Bethune hallmark, heat-blued meteorite takes the look to a whole new level. The gold-studded “starry sky” dial captures the cosmos on the wrist.

Though the look is very different, the DB28XP Meteorite has all of the wearability of the standard model. It has sprung, pivoted lugs that allow it to cling to the wrist, while also being more compact than the original, full-size DB28. 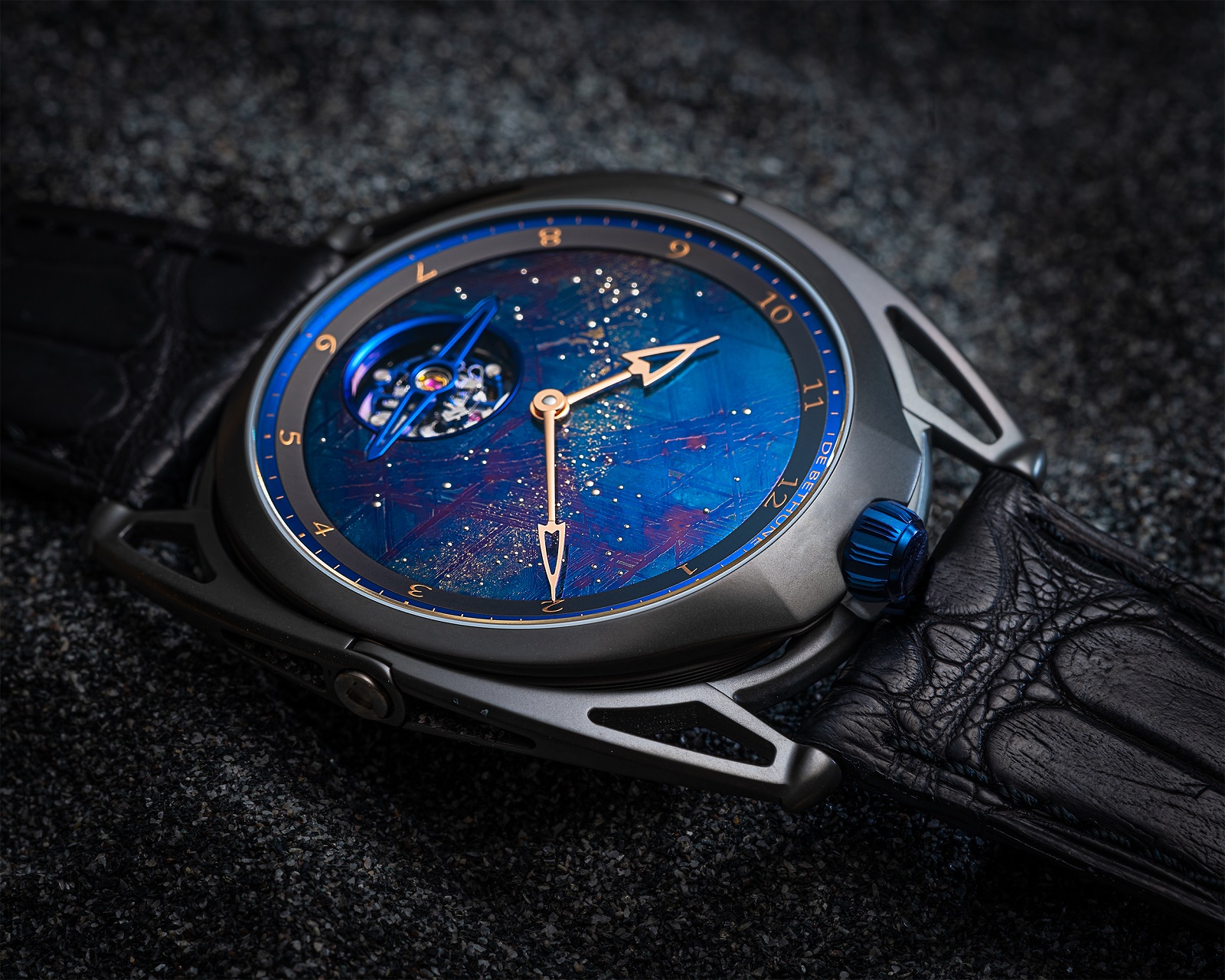 The brand has previously utilised the blued meteorite in the Dream Watch 5 and Kind of Blue Meteorite – both spectacular, just like the new DB28XP. The DB28XP Meteorite is, however, substantially more affordable than De Bethune’s earlier timepieces featuring blued meteorite.

That said, it does cost substantially more than the base-model DB28, making it essentially an extra US$50,000 for the gold-and-meteorite dial. That’s a fair proposition as such things go, but it is a lot of money.

The DB28XP Meteorite is limited to just ten watches, which means that most will likely never get a chance to see one in the metal. And given how good the watch looks – it’s the coolest release I’ve seen this year – that’s a darn shame.

The blued dial of the DP28XP Meteorite is a slice of Muonionalusta, the world’s oldest known meteorite that landed in modern-day Scandinavia many millennia ago. It’s an iron meteorite, which means it’s mainly composed of iron and nickel. The crystalline structure of the material results in the distinctive Widmanstatten pattern, cross-hatched lines at a 60° angle.

The dial is first sliced, polished, etched in acid to bring out the pattern, and then heat blued. But in true De Bethune fashion, the dial is not merely about the material. Before it is blued, the dial is adorned with a tapestry of tiny white gold spheres – each manually riveted to the dial – creating a “starry sky” motif that’s something of a De Bethune favourite, being also found on watches like the DB25 Starry Varius. The sky motif can also be customised to depict a specific constellation or a view of the night sky from a particular location on Earth. 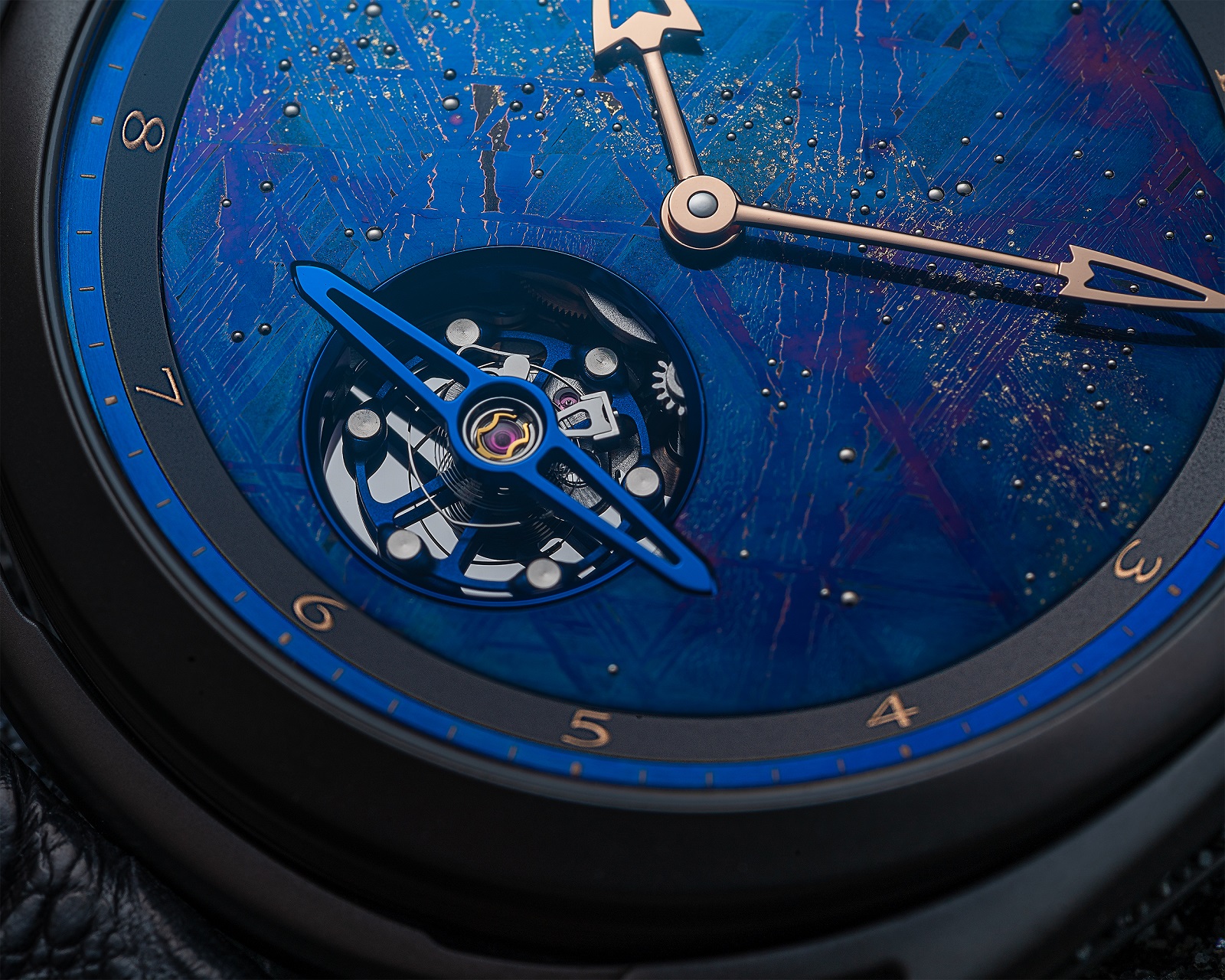 In another feat of thermal treatment, the zirconium case has been heated to create a black oxide layer on its surface, resulting in a sleek, minimalist case. This natural process contrasts with the deposition process used for most all-black cases.

Similarly, the hour ring – adorned with Arabic numerals in pink gold – is also in blackened zirconium, providing a pleasing contrast against the blued meteorite dial as well as the blued titanium minute track. Completing the out-of-this-world look are the spear-shaped, pink gold hands that are similar to those found on the DB28XP Starry Sky.

And as is tradition for De Bethune, an aperture at six o’clock prominently displays De Bethune’s proprietary balance wheel, made of blued titanium with white gold weights. The movement within is the manually-wound DB2115v7, which features a hairspring with a flat terminal curve, silicon escape wheel, and an impressive six days of power reserve. 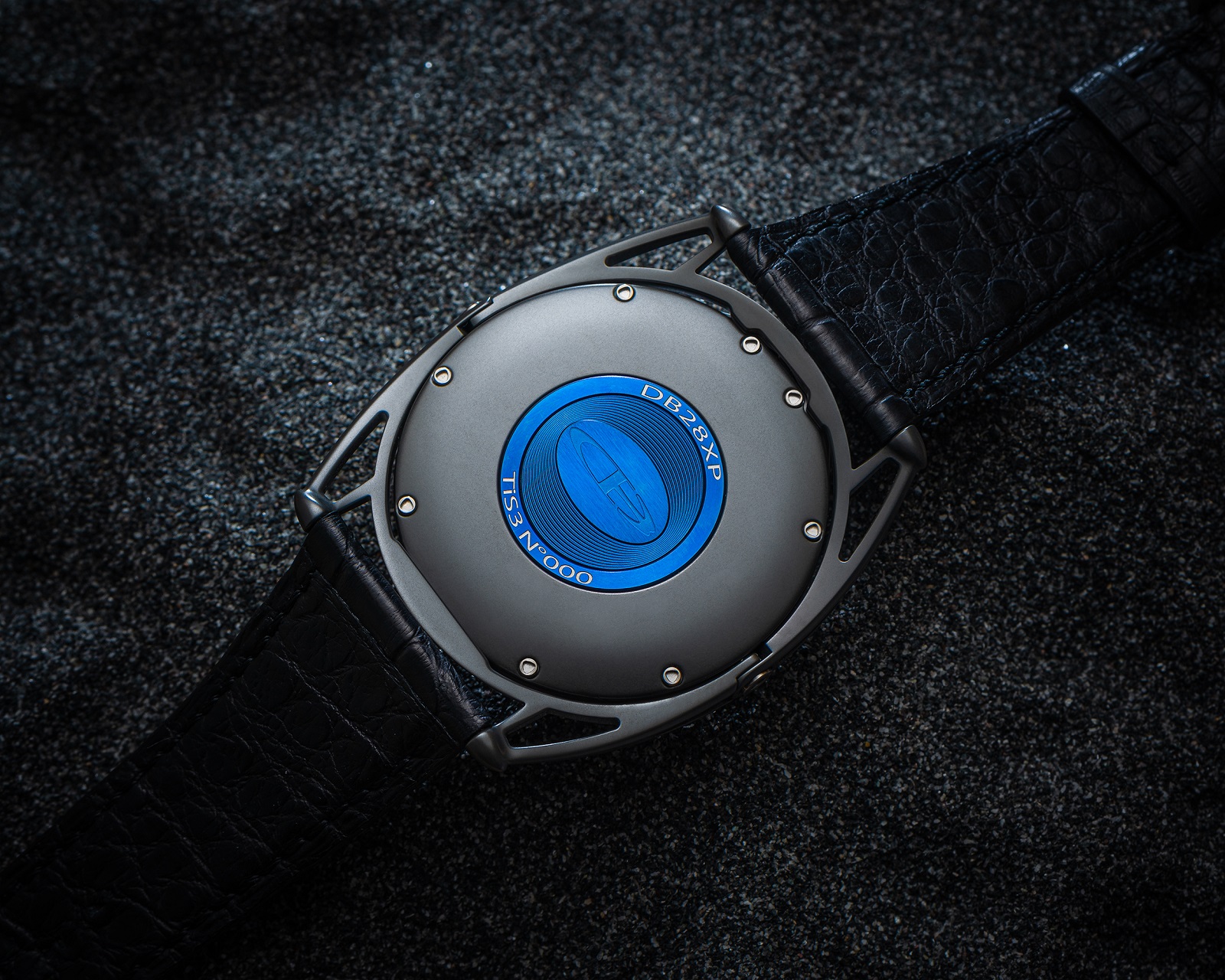 The Kind of Two Tourbillon.