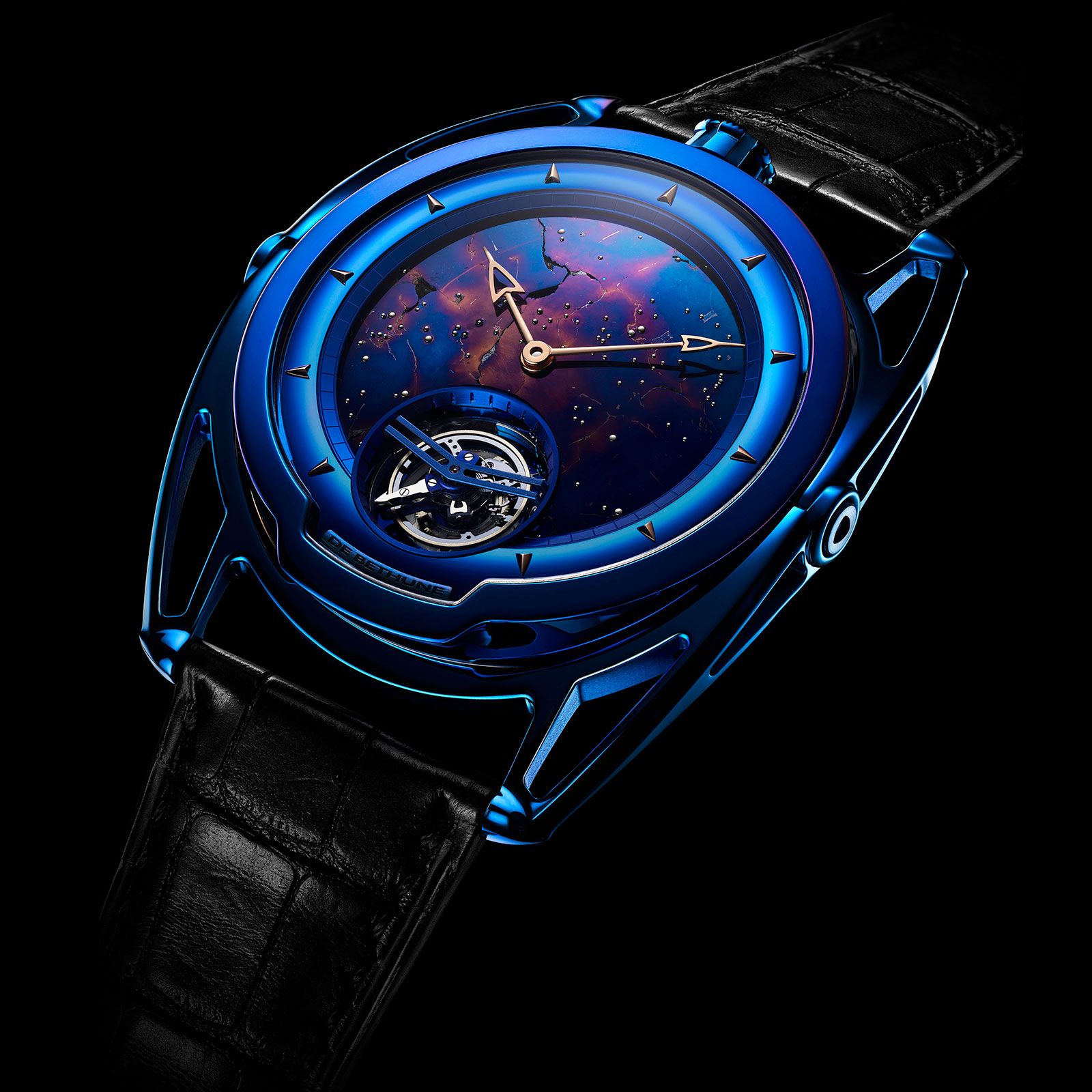 Having secured a small quantity of meteorite from Campo del Cielo, or “Field of Heaven”, an area in Argentina that was the site of the largest meteorite impact ever, De Bethune has been putting the cosmic rock to good use. Having used a portion of it for the case of the otherworldly Dream Watch 5 Meteorite, De Bethune has turned some of the remainder into the dial for the DB28 Kind of Blue Tourbillon Meteorite.

Cut into a thin slice to form the dial, the meteorite is then heated; being made mostly of iron it turns a shade of deep blue. The meteorite disc is then polished and drilled to form tiny holes, in which tiny spheres of white gold are embedded, representing stars in a night sky, a recurring theme on De Bethune watches. The javelin-shaped hands are pink gold, as are the arrowhead-shaped hour markers on the chapter ring. Most of the rest of the watch is blued titanium – the case, spring-loaded lugs, chapter ring, dial flange and case back. The case is 42.6mm in diameter and 9.7mm high, being relatively slim for a large watch. The movement inside is the hand-wound calibre DB2019v3 that’s equipped with a high-speed, 30-second tourbillon that runs at 36,000 beats per hour. Made of silicon and titanium, the tourbillon also features a silicon hairspring and escape wheel.

On a full wind the movement will run for five days, with the power reserve indicator on the back. The DB28 Kind of Blue Tourbillon Meteorite is a one-off creation priced at SFr280,000 (about US$276,000), available from The Hour Glass in Singapore.

Inspired by the ornate French clocks of the nineteenth century, the De Bethune Digitale is a jump hour with wandering minutes and a spherical moon phase, fusing modern watchmaking with a classic horology.