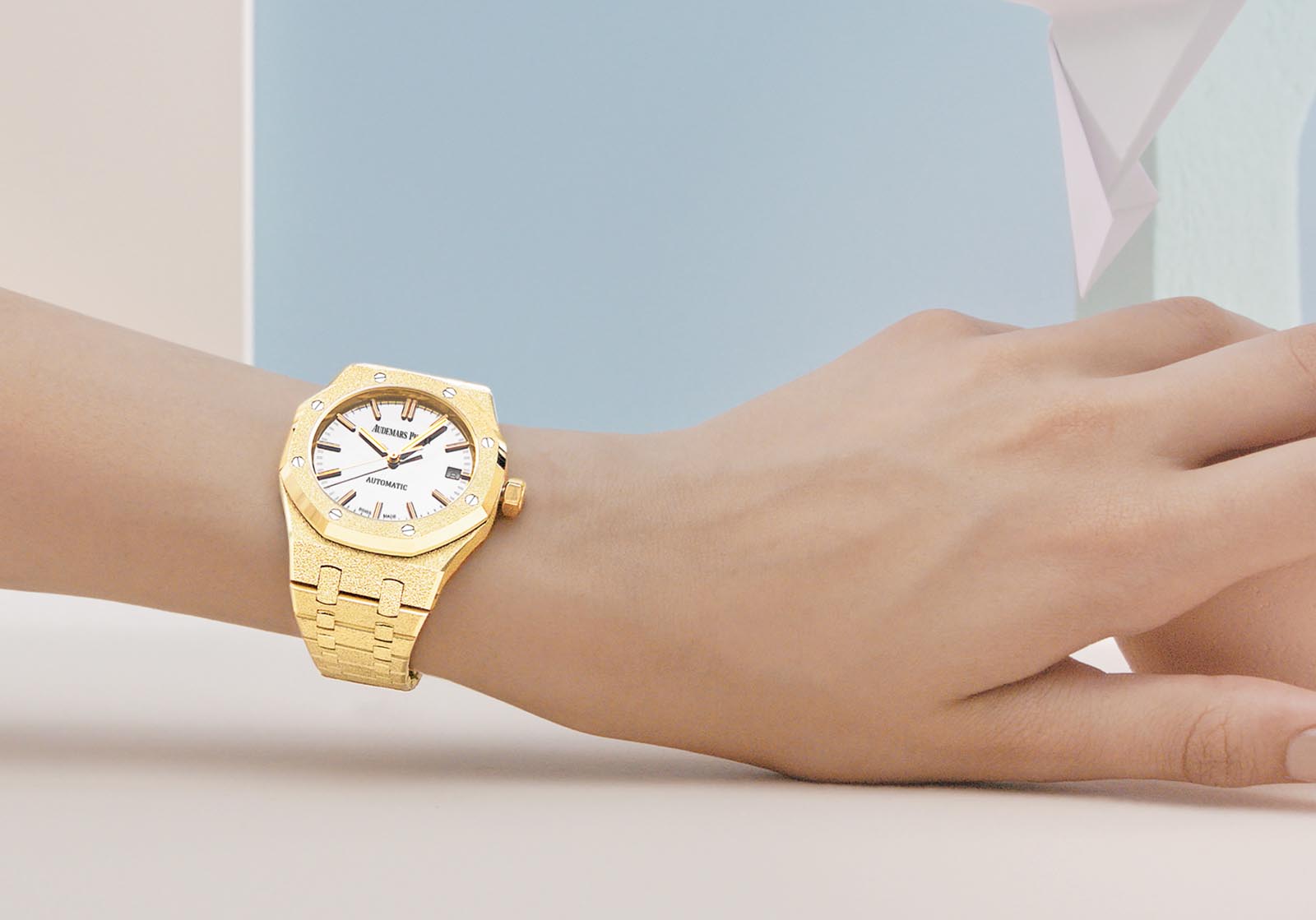 Italian jeweller Carolina Bucci gave one of watchmaking’s bona fide icons a new look by applying a hammered finish to the Audemars Piguet Royal Oak in 2016.

The “Frosted Gold” finish has since been used on a variety of Audemars Piguet watches, including a Royal Oak for men, and now the fourth generation jeweller has returned for her third collaboration with the Le Brassus manufacture. The result this time is a striking 37mm yellow-gold version that takes things one step further with a mirrored dial. Intriguingly, instead of the Royal Oak’s trademark tapisserie dial, Ms Bucci’s latest creation features a smooth, reflective face, which provides a provocative contrast against the irregularity of Bucci’s signature finish. While not entirely novel, the perfectly reflective surface has an entrancing and peculiar effect as a watch dial.

“The mirror is always interacting with its environment, ever-changing according to what clothes you’re wearing, the décor of the room, the lighting, the time of day, the weather,” says Ms Bucci. And the dial also presented its own set of challenges during assembly, as the slightest scratch or smallest speck of dust would be instantly noticeable. The Royal Oak Carolina Bucci is powered by the in-house automatic cal. 3120, which is the same movement used in the 41mm Frosted Gold for men. Limited to 300 pieces, each watch is packaged in a box with a mirrored lid designed by Ms Bucci, who envisioned it as a display object in a woman’s closet.