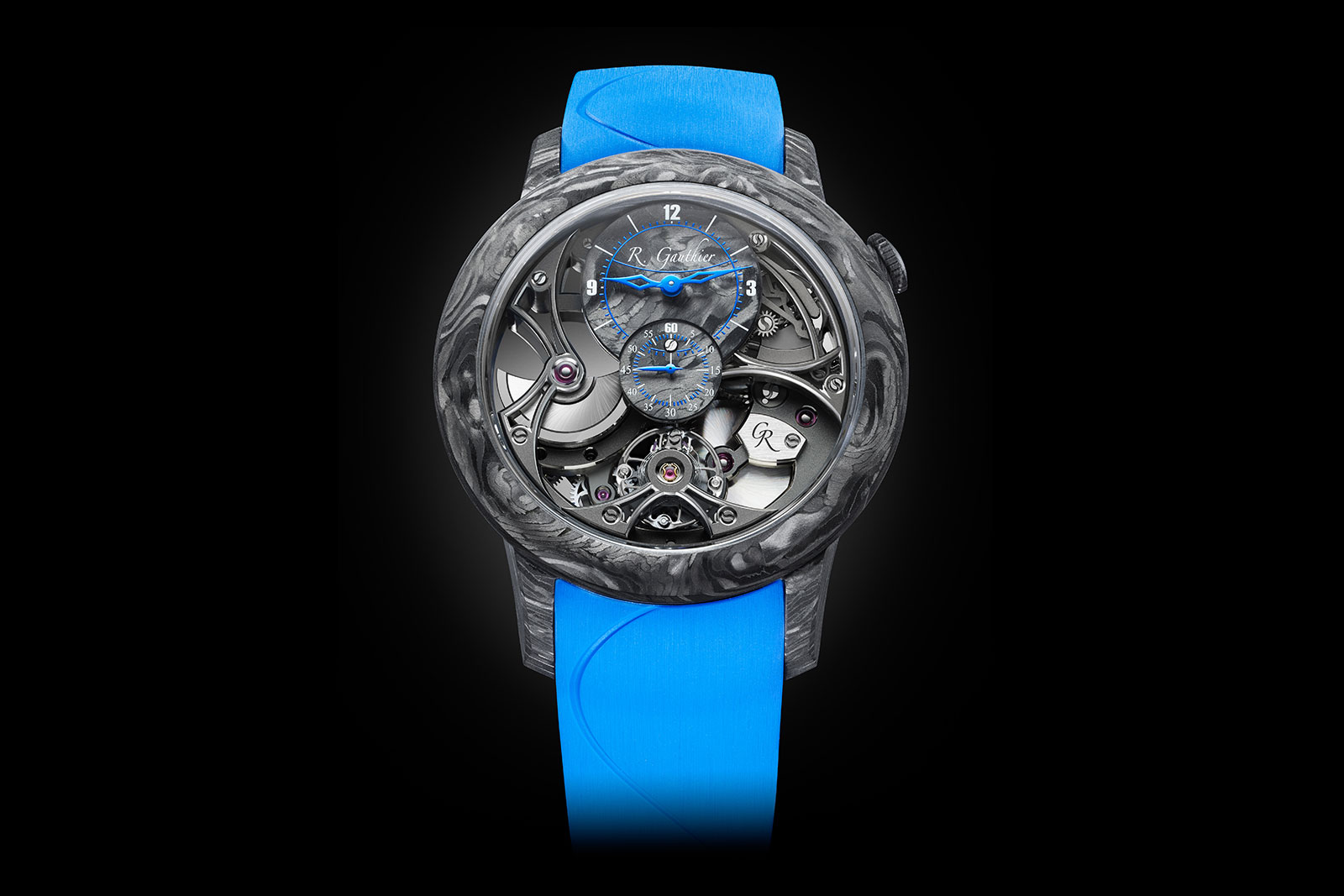 Romain Gauthier’s latest watch is a skeletonised version of its Insight time-only automatic first introduced three years ago. The Insight Micro-Rotor Squelette retains the same style as the brand’s other watches, but with more elaborate finishing thanks to the open-worked movement.

Romain Gauthier excels in finishing and the new watch undoubtedly has even more of the brand’s top-quality work since there are more surfaces to decorate. The skeletonisation also goes well with the movement, accentuating the long curves and sharp points that are typical of Romain Gauthier style.

Importantly, it’s not just a visual upgrade, but also a tangible one – instead of the usual brass, the bridges and base plate of the skeletonised movement are made of titanium. But the titanium parts are finished to the same degree as a standard brass movement, which is quite a feat.

And the basic Insight is already a well-conceived watch in the first place. It avoids some of the impractical features, like button winding and back winding, that Romain Gauthier installed on earlier models just to be different. That said, the skeleton version also suffers from one shortcoming of the standard model, which is the thick, 12.9 mm case. Nonetheless, the Insight skeleton is largely an enhanced version of an already-excellent watch. 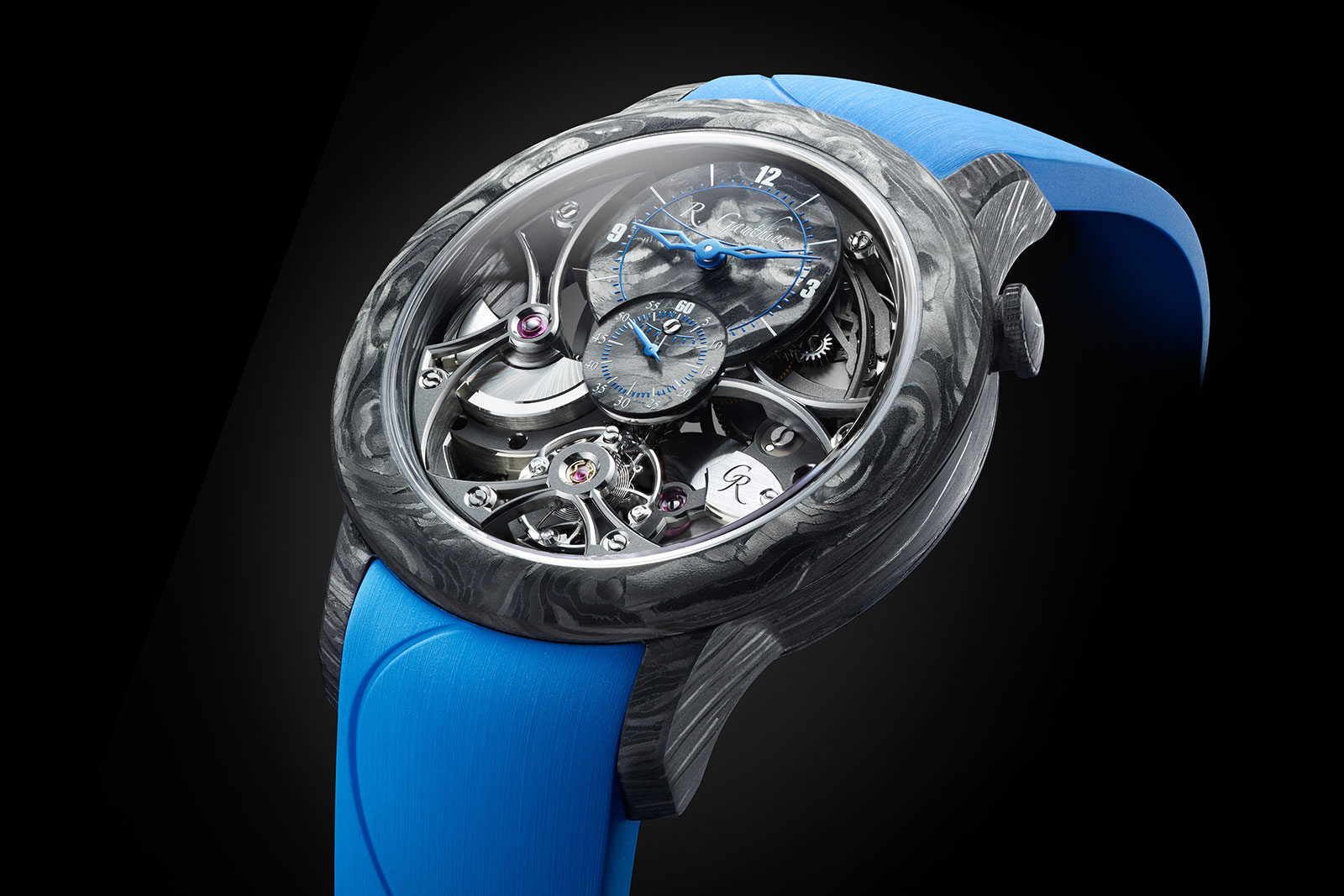 The Insight Micro-Rotor Squelette with a carbon-composite case

The only downside is the price – which is no doubt justifiable. The skeleton in an 18k gold case is 50% more expensive than the standard model, and in platinum, the price premium is almost 70%. And then there’s the aggressively modern version with a carbon-composite case that is the most expensive of them all, and it doesn’t quite work visually for me; the finely-finished movement is at odds with the case material and style.

Rationally, the price premium is justified in light of the substantially more extensive finishing done on a substantially more challenging metal. Romain Gauthier says it takes 250 hours to complete just the anglage, or mirror-polished bevels, for the base plate and bridges – and I am sure it is true. But because the standard Insight already has an open dial, the skeleton version looks similar, making it feel expensive, even if it is not. 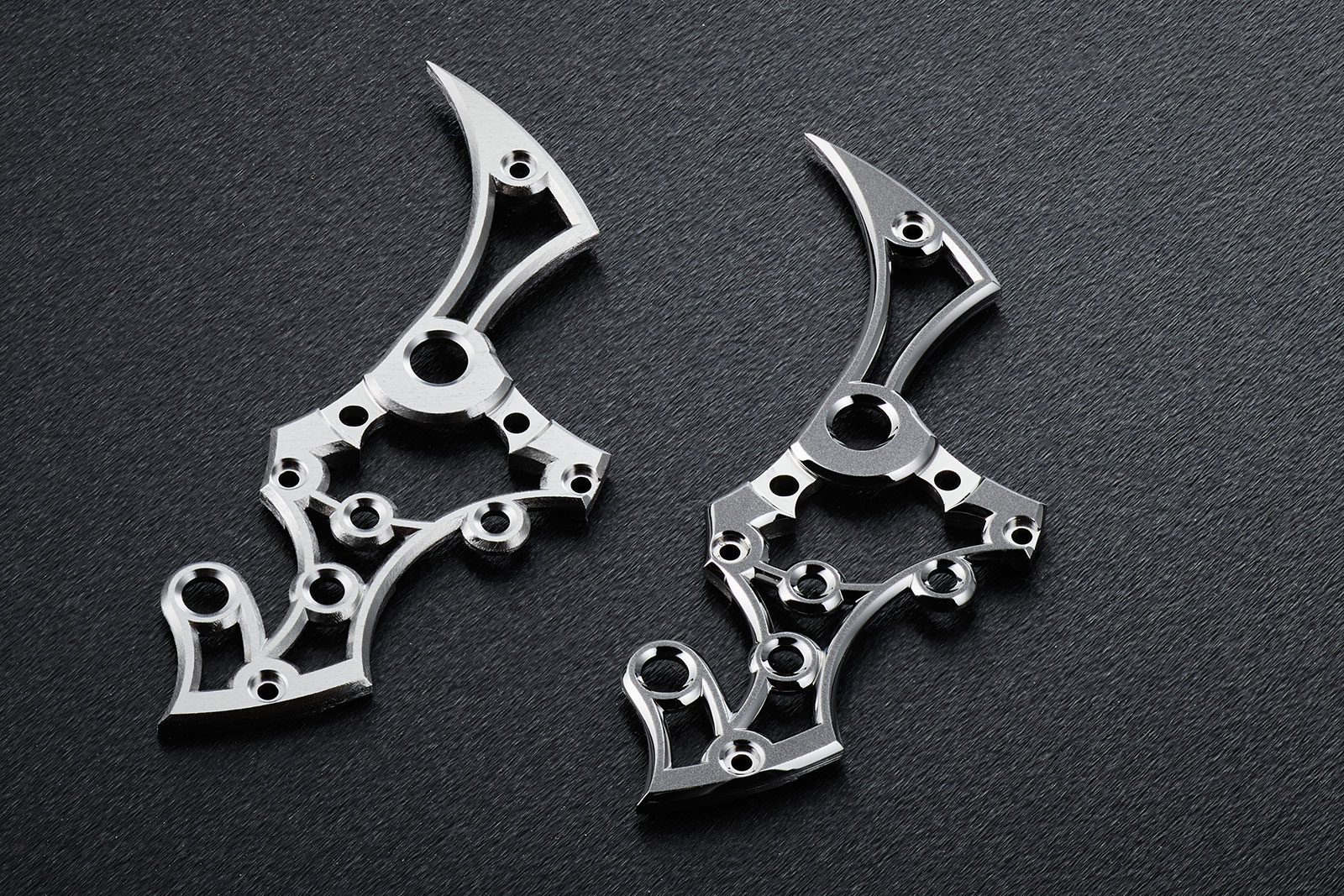 A raw titanium bridge (left), and after decoration

The Insight automatic movement is time only but elaborately constructed, with a small-but-thick rotor that winds twin mainsprings, as well as an off-centre time display. Both the style and details of the movement are recognisably Romain Gauthier, like the round spokes of the gears or “S” slot screws.

Almost everything is now revealed on the skeleton version, through artfully formed open-working. The cut-outs on the bridges and base plate echo the movement style, resulting in an easy, natural aesthetic. 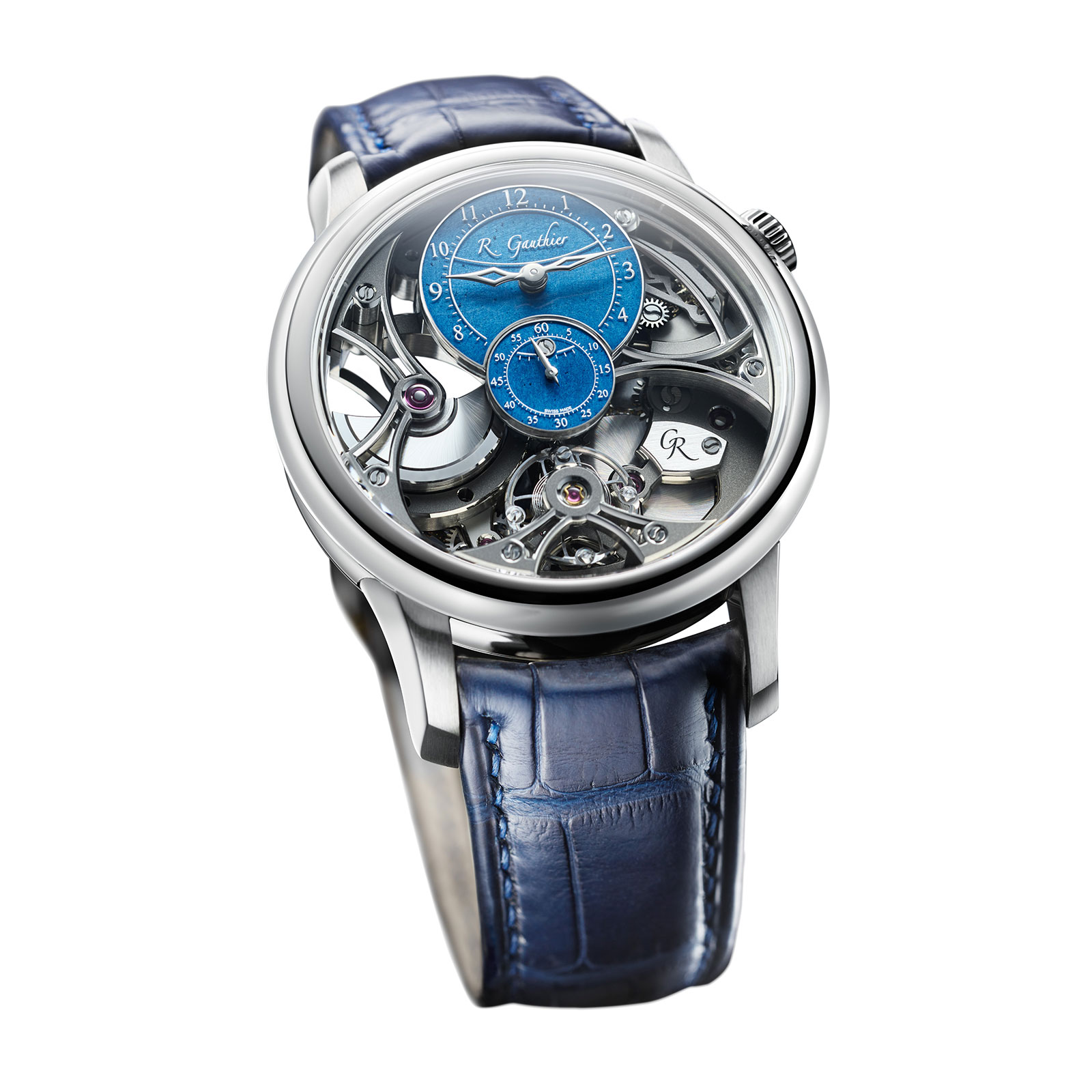 The platinum version with a blue enamel sub-dial 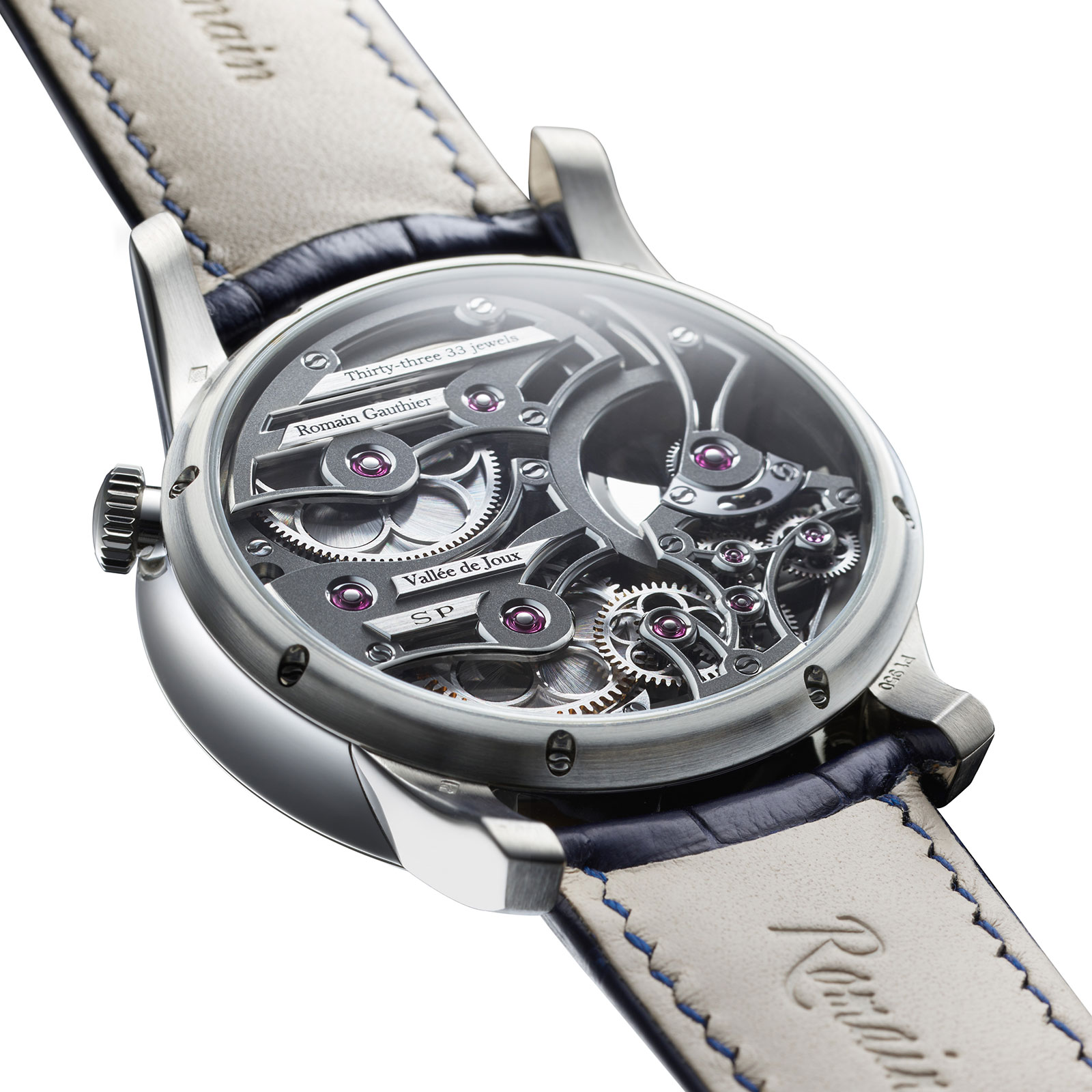 Though the movement is modern in design, the skeletonisation is surprising delicate, with some of the bridges trimmed down to just the narrowest of arms.

According to Romain Gauthier, the thinness of the skeletonised parts is why the bridges and base plate are in titanium, instead of the usual brass. The thinnest bridge in the movement is just 0.7 mm high, and titanium’s superior rigidity makes such thin parts viable. 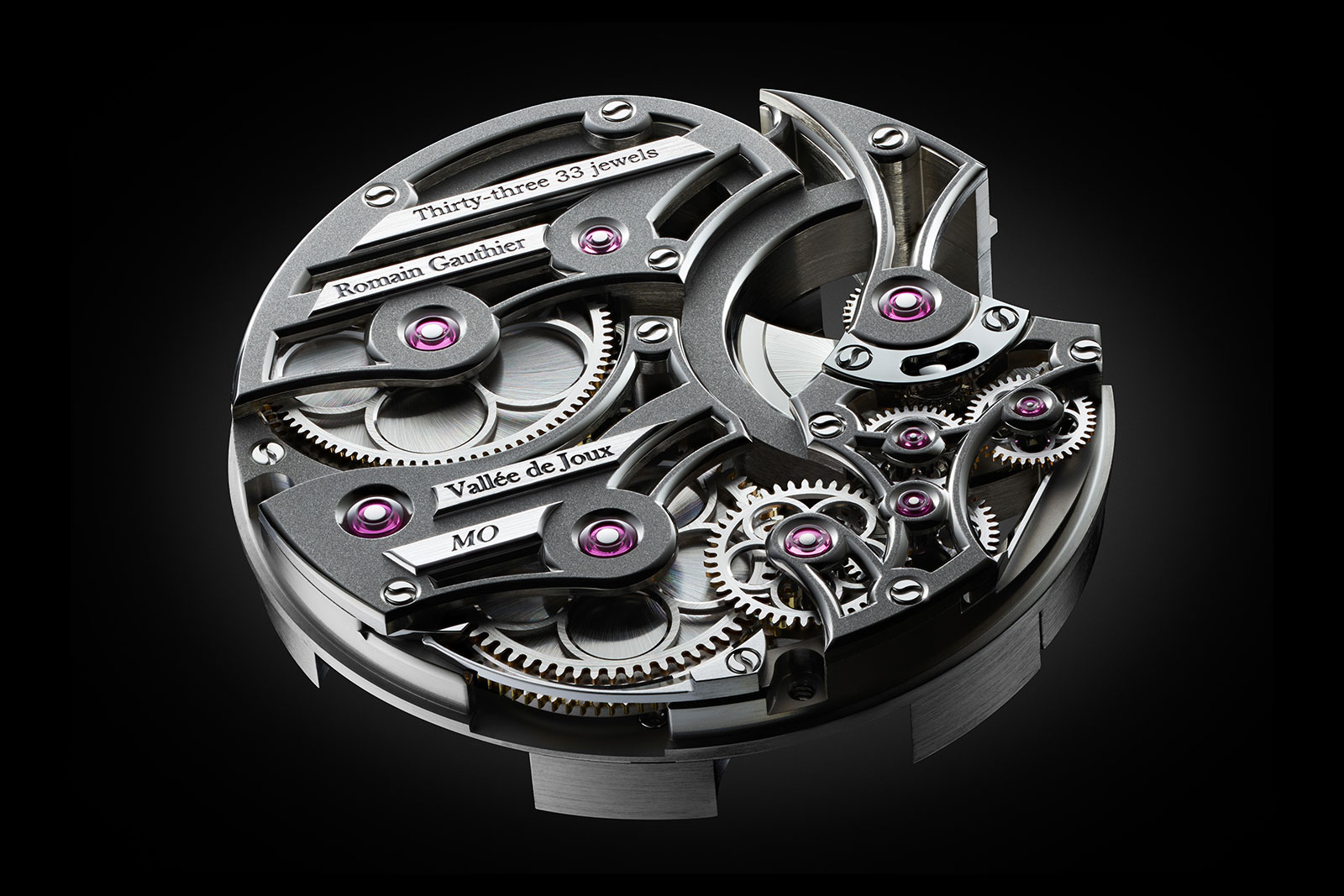 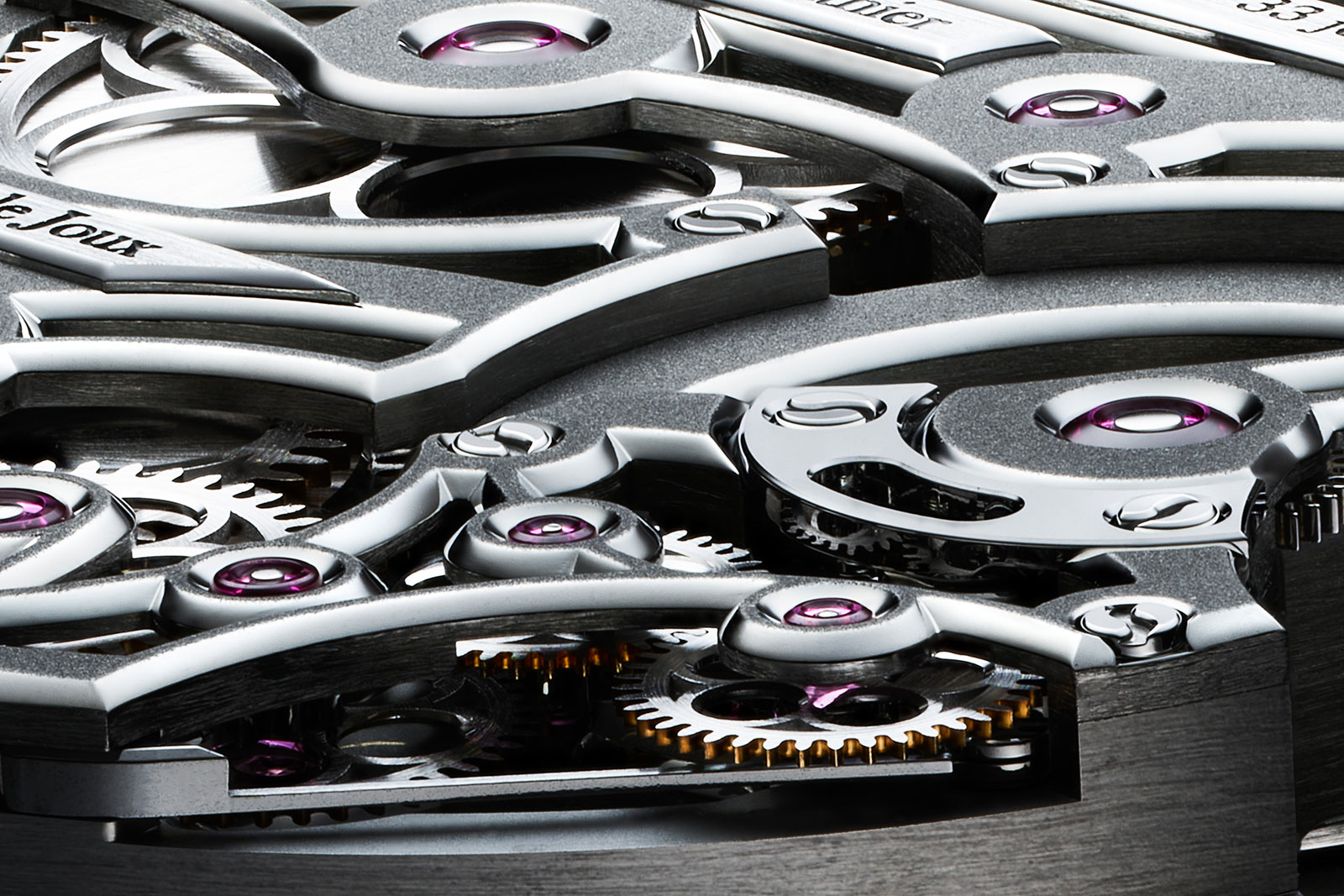 Frosted top surfaces and polished bevels on the bridges

The biggest challenge in finishing the titanium parts was the anglage according to Romain Gauthier. Sylvie Devaux, the head of anglage at Romain Gauthier, was quoted in the announcement for the watch as saying: “Each of the bevelling, softening, smoothing and polishing stages take far longer than working with brass. You have to repeat steps, sometimes twice. Titanium tends to stick to our anglage tools… You also sometimes come across micro-grains in the titanium that detach, leaving tiny spots. The only solution is to go back over the angle all again.” 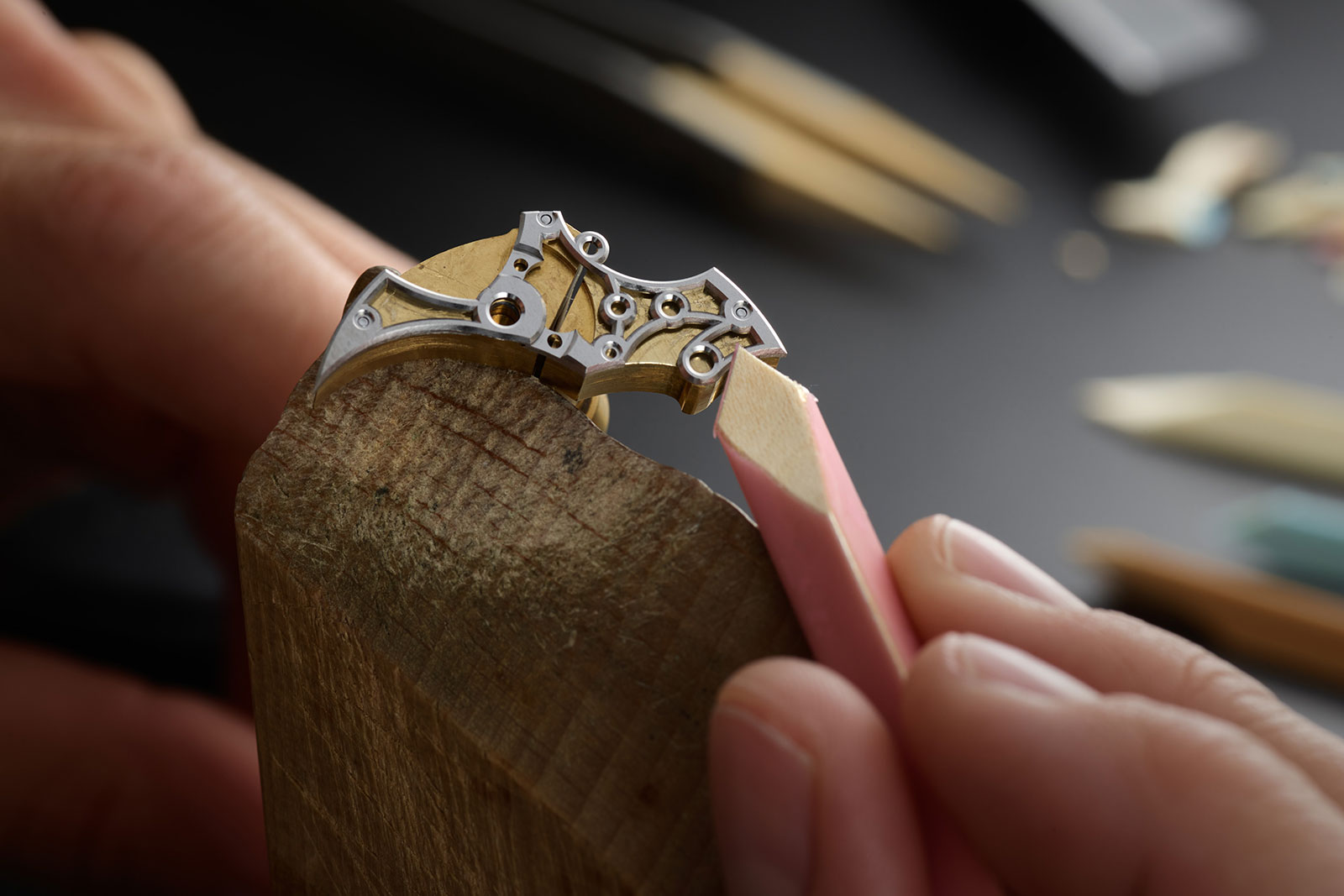 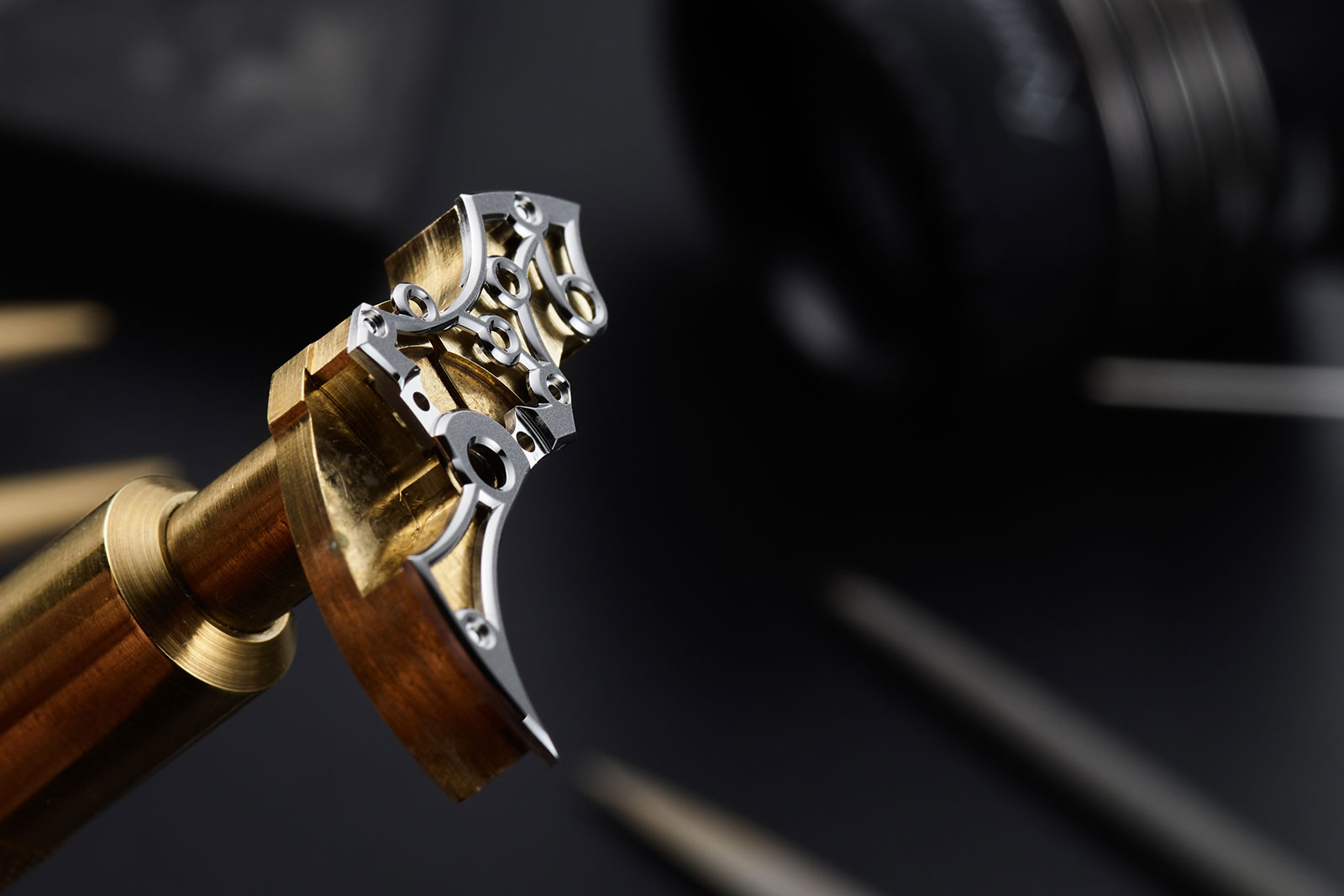 A finished bridge (left), and one that is fresh out of the CNC mill

Identical to the standard version in dimensions – the case is 39.5 mm by 12.9 mm – the Insight Micro-Rotor Squelette is customisable in terms of case and dial material, as well as movement finishing to a degree. Options include fired enamel sub-dials as well as frosted, instead of polished, bevels on the movement, along with case material choices of either gold, platinum, or titanium. 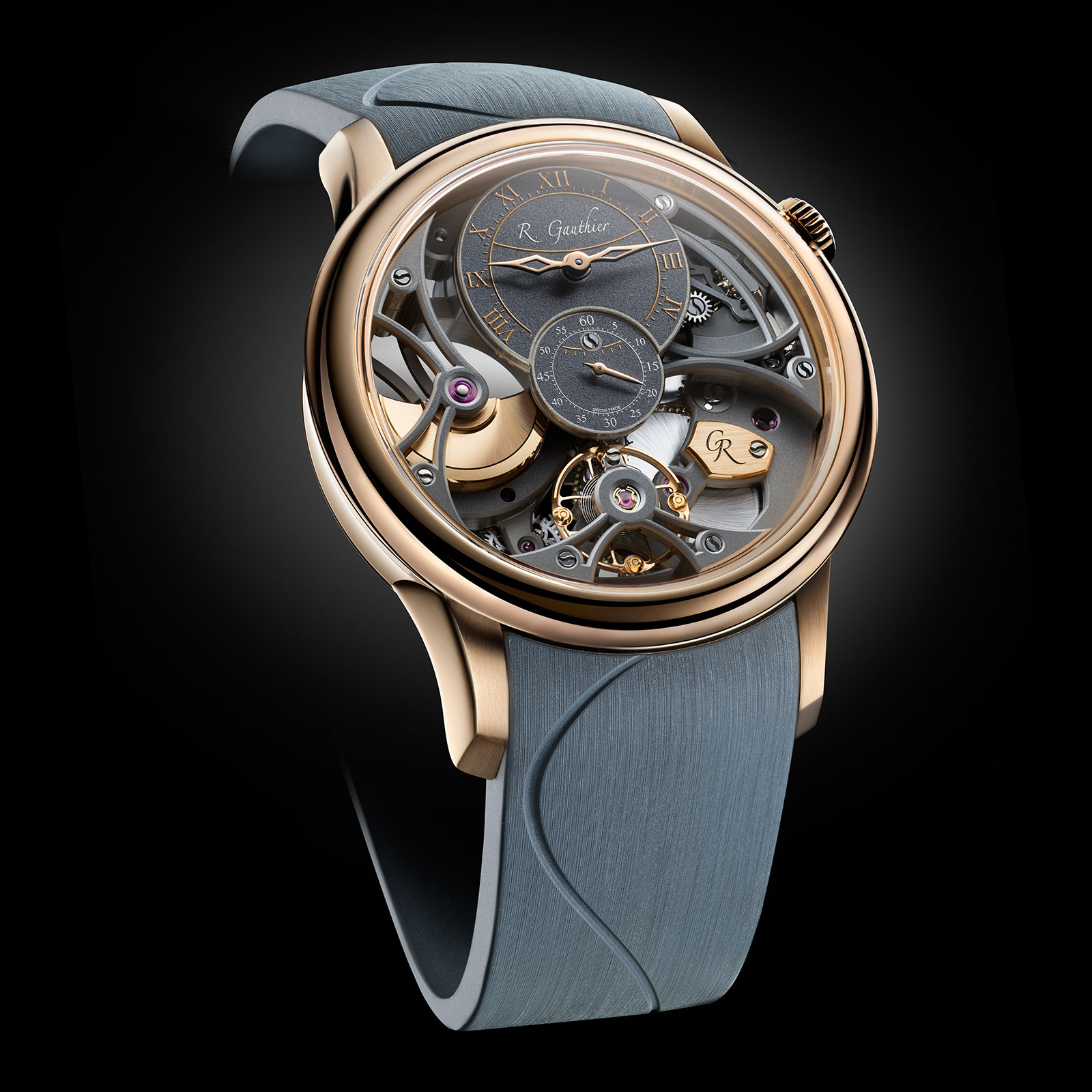 And the most exotic and expensive variant is the Insight Micro-Rotor Squelette Carbonium Edition that’s available only direct from Romain Gauthier.

It has a larger, 42 mm case made of Carbonium, a carbon composite made by French materials specialist Lavoisier Composites. Made from offcuts recycled from aerospace manufacturing, Carbonium is the same material used by Ulysse Nardin in several of its watches. 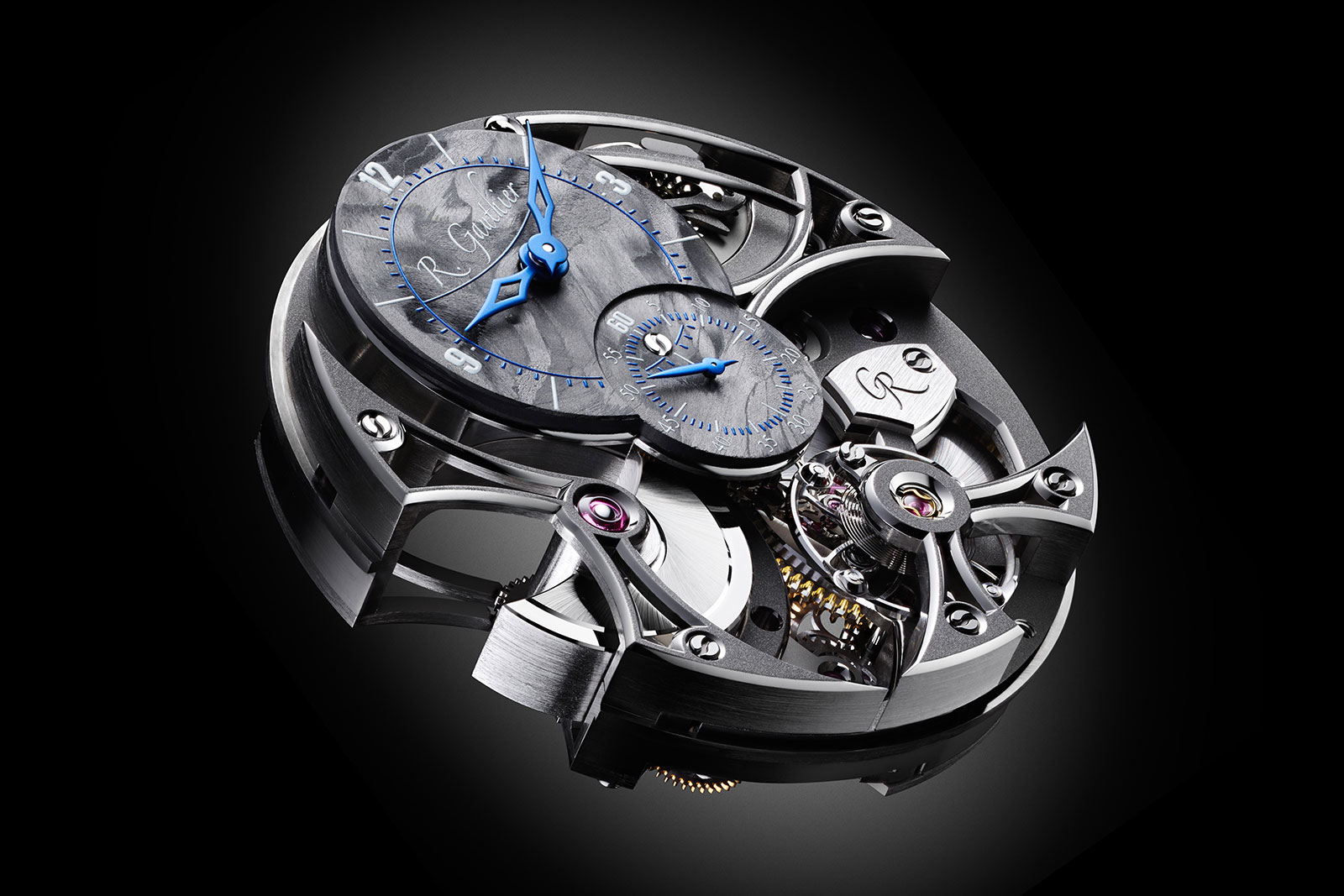 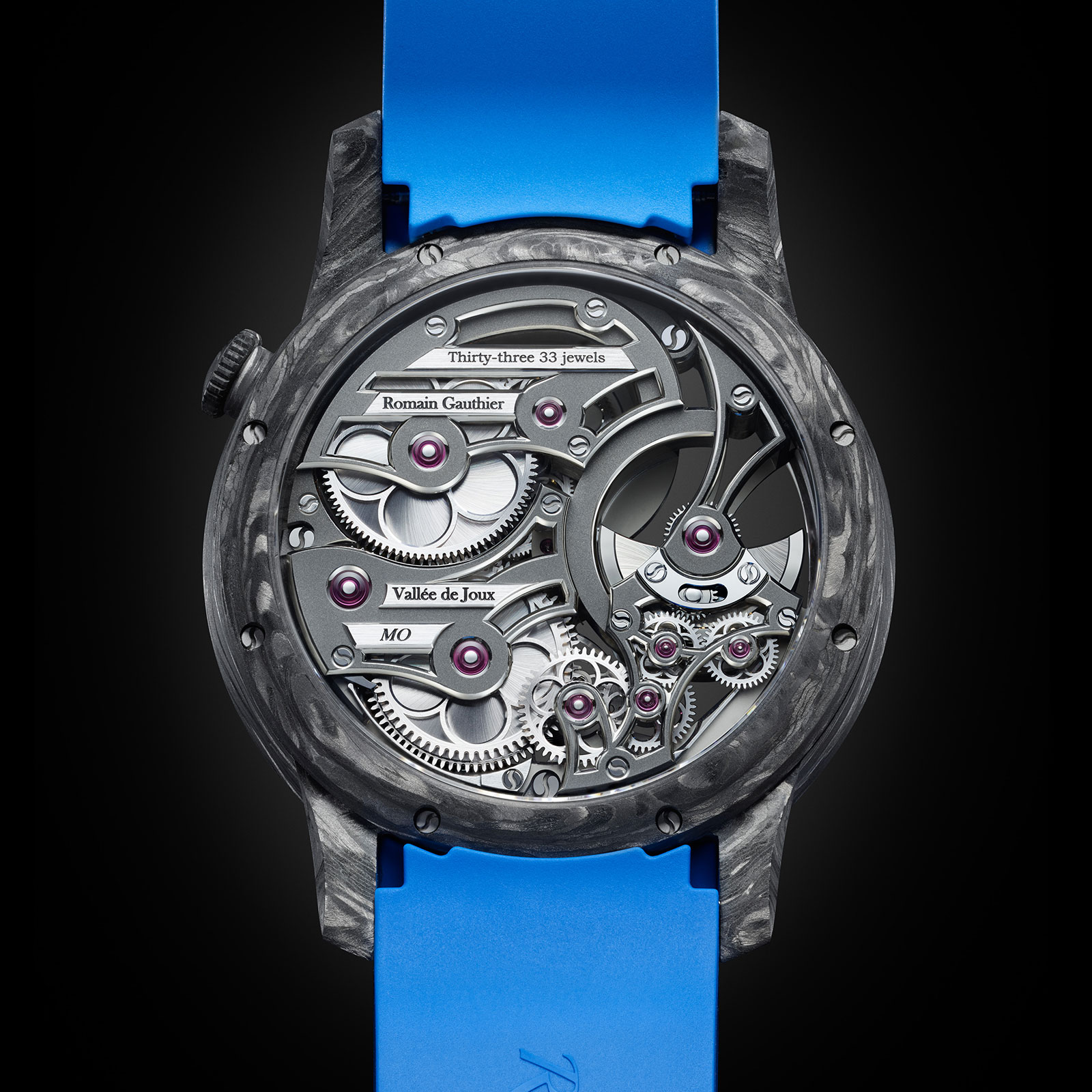 The back of the Carbonium Edition