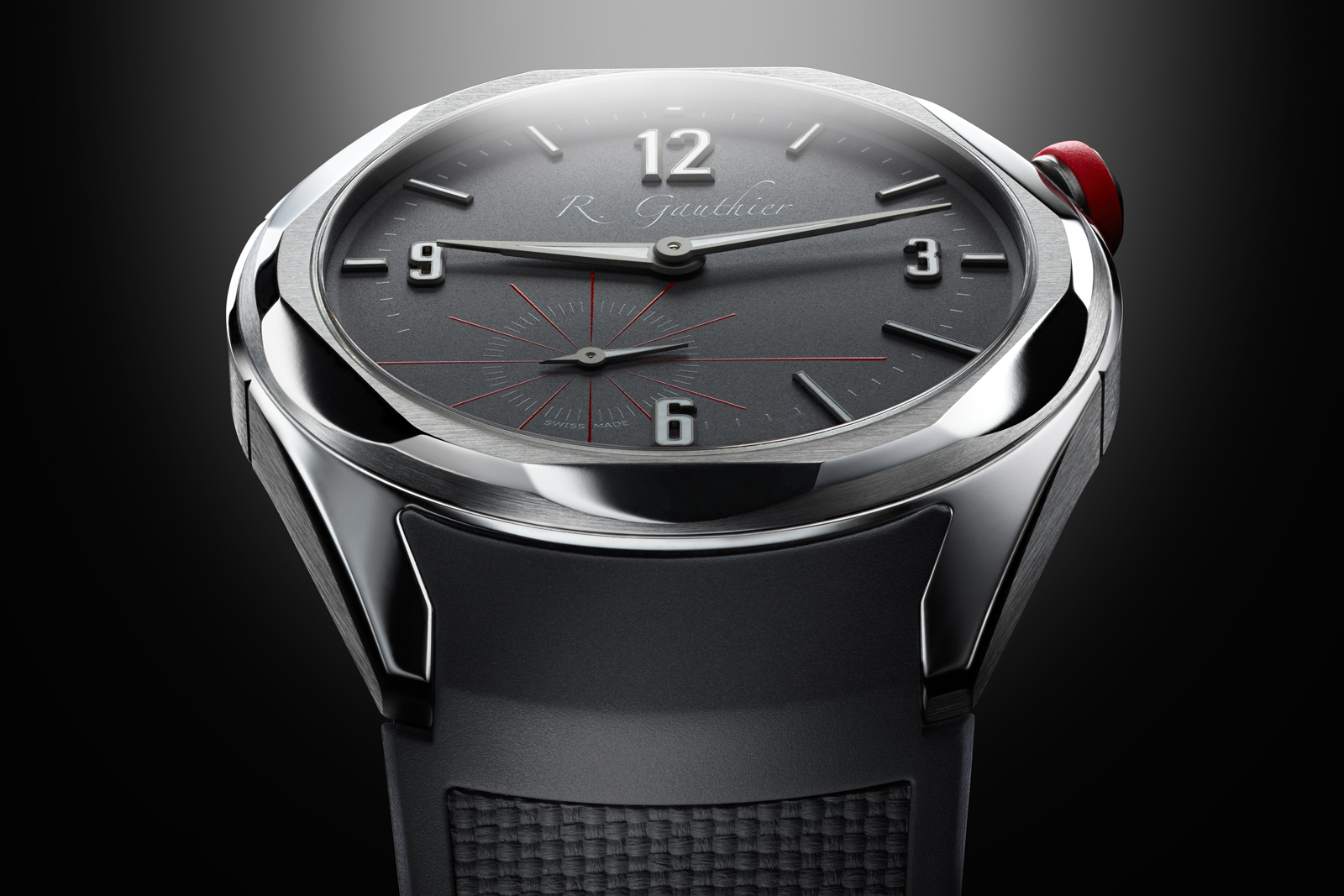 Romain Gauthier’s latest watch is a surprise (sort of, since a one-off version was revealed for Only Watch 2021). Instead of being a successor to the mechanically and artistically impressive Logical One, the Continuum is a simple, time-only watch that transforms one of the brand’s first models into a modern, sporty watch.

Fabricated entirely of titanium, including the muted dial and hand-wind movement, the Continuum is notably lightweight at just 55 grams including the strap and buckle. 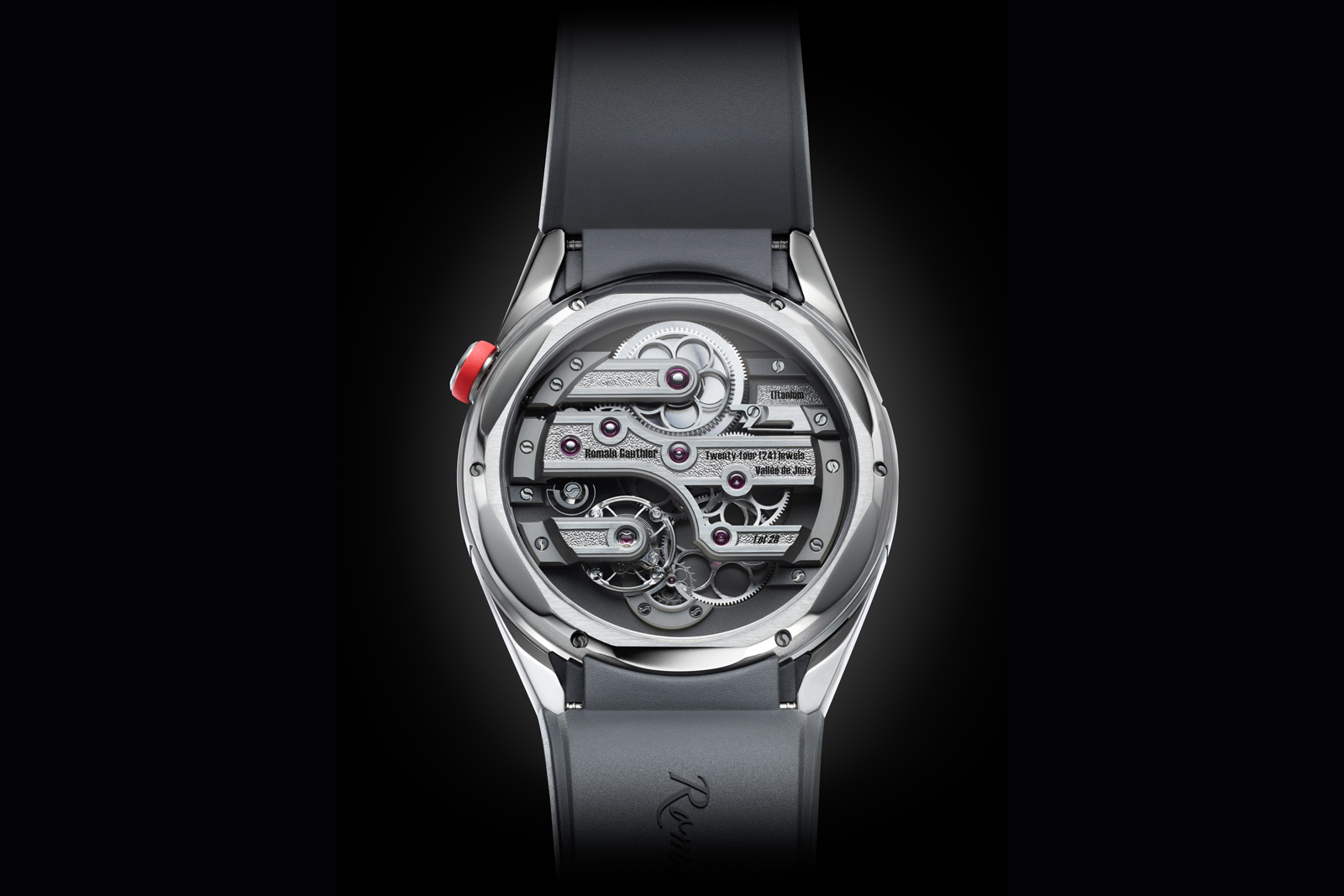 While high-end watches across the board are enjoying a boom in demand, luxury-sports watches stand out for being the hottest genre. For that reason, even brands that have long focused on classical, complicated watchmaking have entered the sports watch arena.

So sports watches are increasingly mundane, with every new release almost feeling like one too many. That chips away at the appeal of the Continuum, though it’s clearly executed to a high level, as is expected of Romain Gauthier. 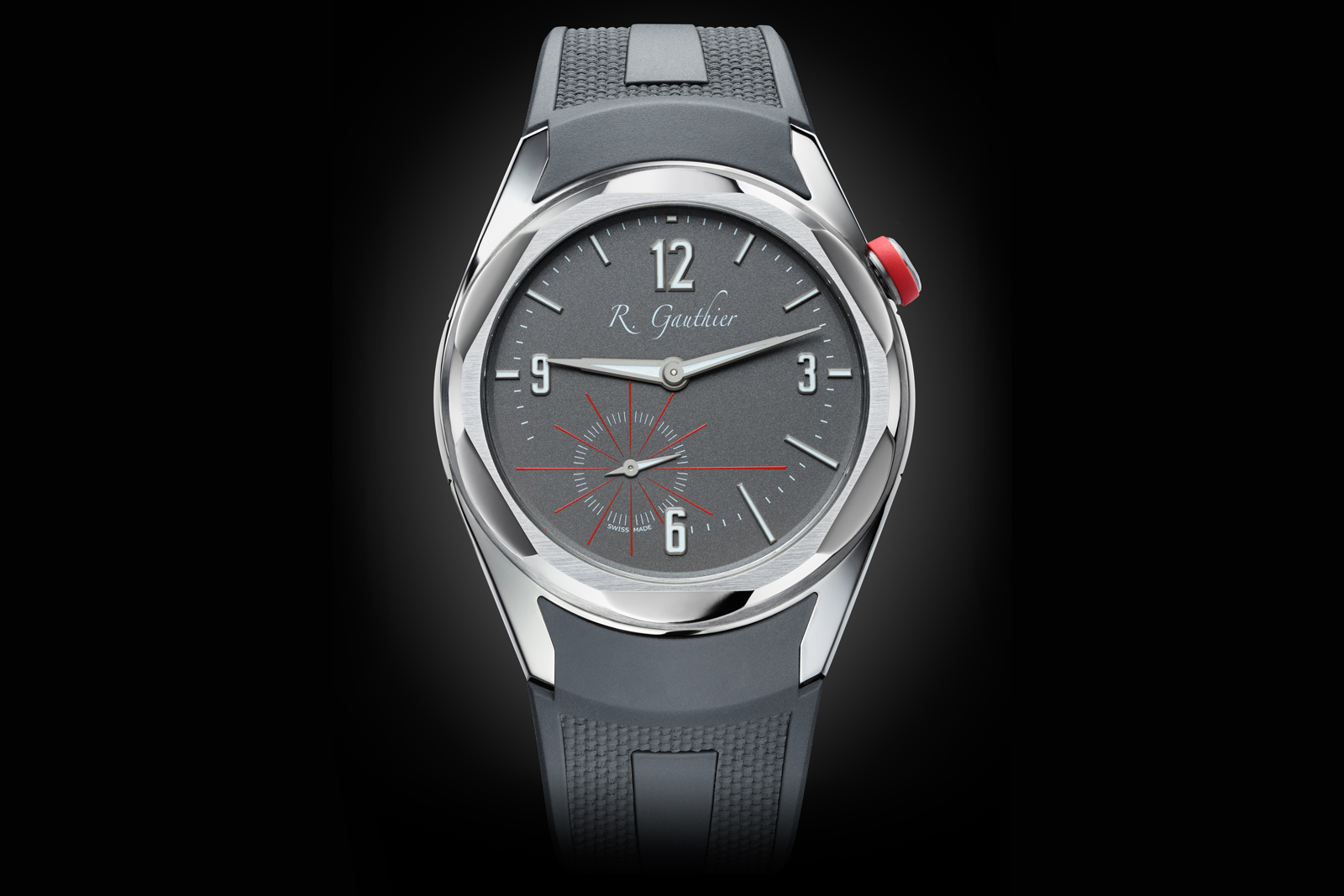 The red lines radiating from the small seconds smartly fill up the bottom half of the dial, which is larger than usual with the off-center hours and minutes hands

The Continuum does look like a Romain Gauthier, despite an all-new design. It has enough elements from the brand’s past models that it feels like an evolved version of classical offerings such as the Insight Micro Rotor. That said, its bezel with wide machined notches does appear derivative, especially because it doesn’t add much to the design. 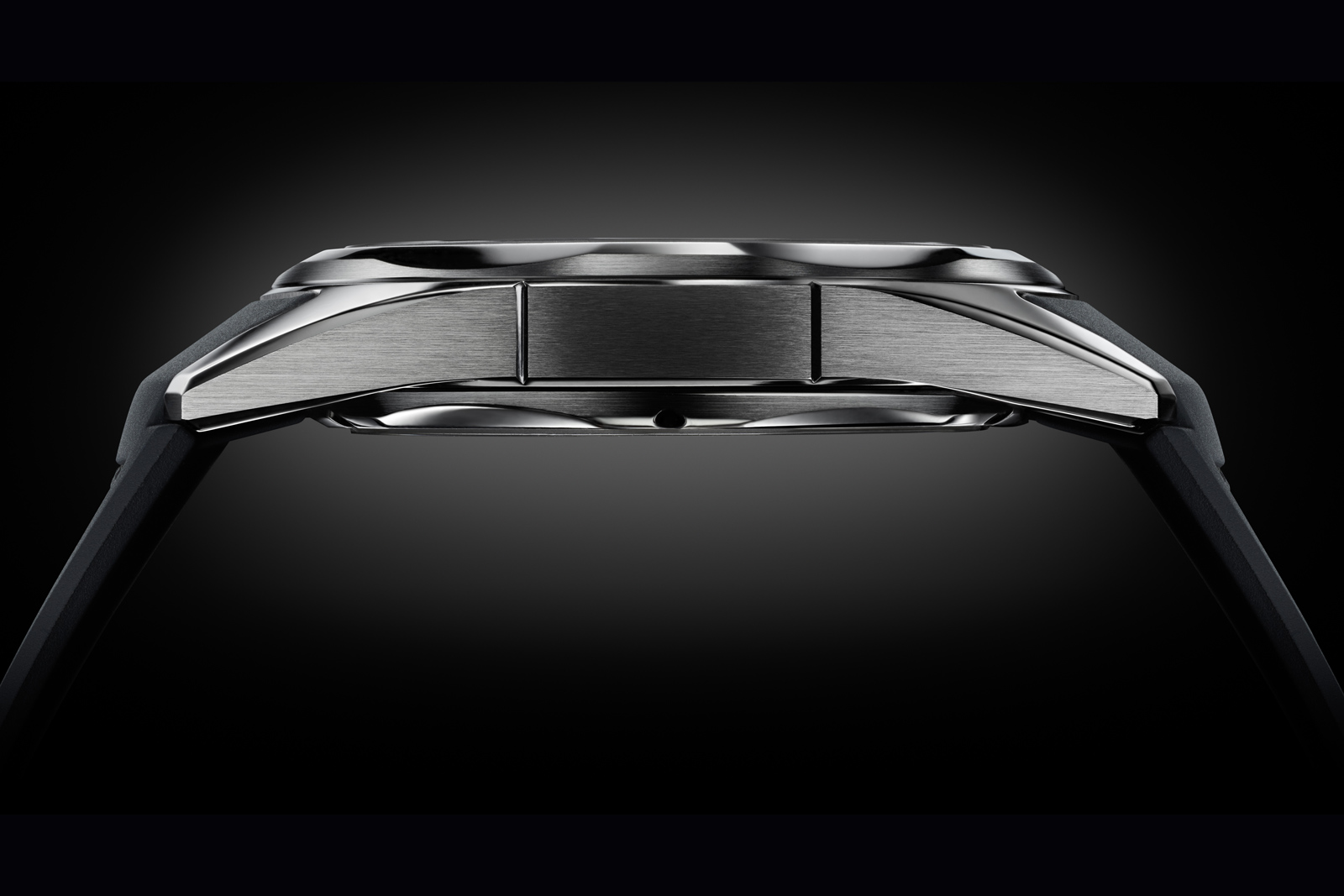 A thin profile of just under 10 mm

As is typical of Romain Gauthier, the star of the watch is the movement. It’s appears mechanically identical to the calibre in the HMS, so there are no modifications to render it more shock resistant – that would have been a nice bonus for a sports watch.

Here the movement follows the traditional design codes of Romain Gauthier – notice the round, petal-like spokes of the wheels – but made sporty with the dark finish.

But the movement doesn’t live up to the same decorative standard as past work by Romain Gauthier – it lacks a refined, elaborate finish, most obviously in the absence of polished anglage, though it still has hand-frosted bridges and bevelled spokes on the wheels. It should have been finished to the usual standard, especially since it’s carries a price tag of around US$40,000. 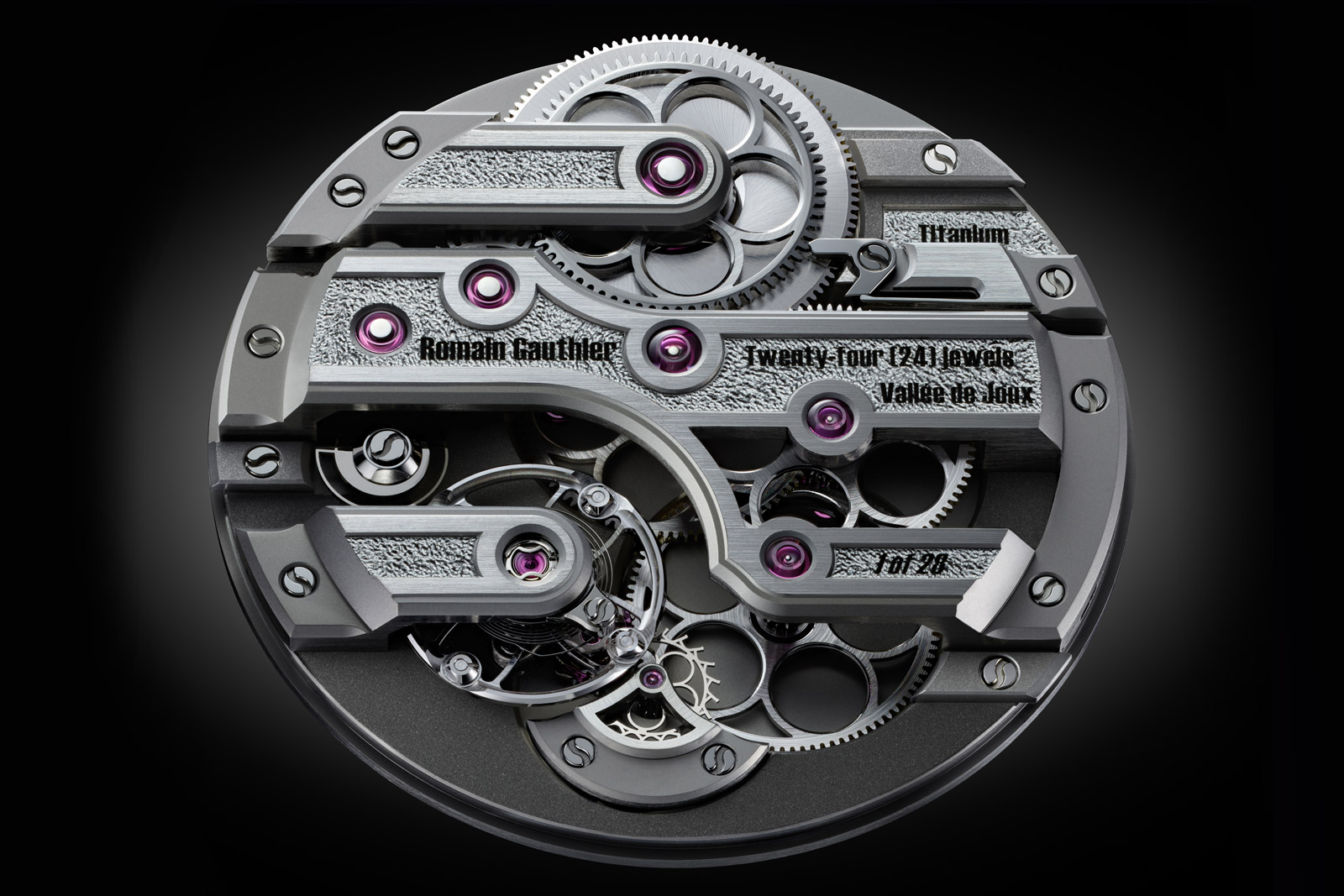 Still, the movement is where this watch stands out from its peers, because of its construction and finishing.

To start with, the balance is Romain Gauthier’s own proprietary design. It is free-sprung with cone-shaped regulating weights that echo the shape of the snail cam just beside the balance. The cam in turn is a unique take on the stop-seconds mechanism. Also unique to the brand are the “S” head screws, a minor detail that add to the character of the movement. 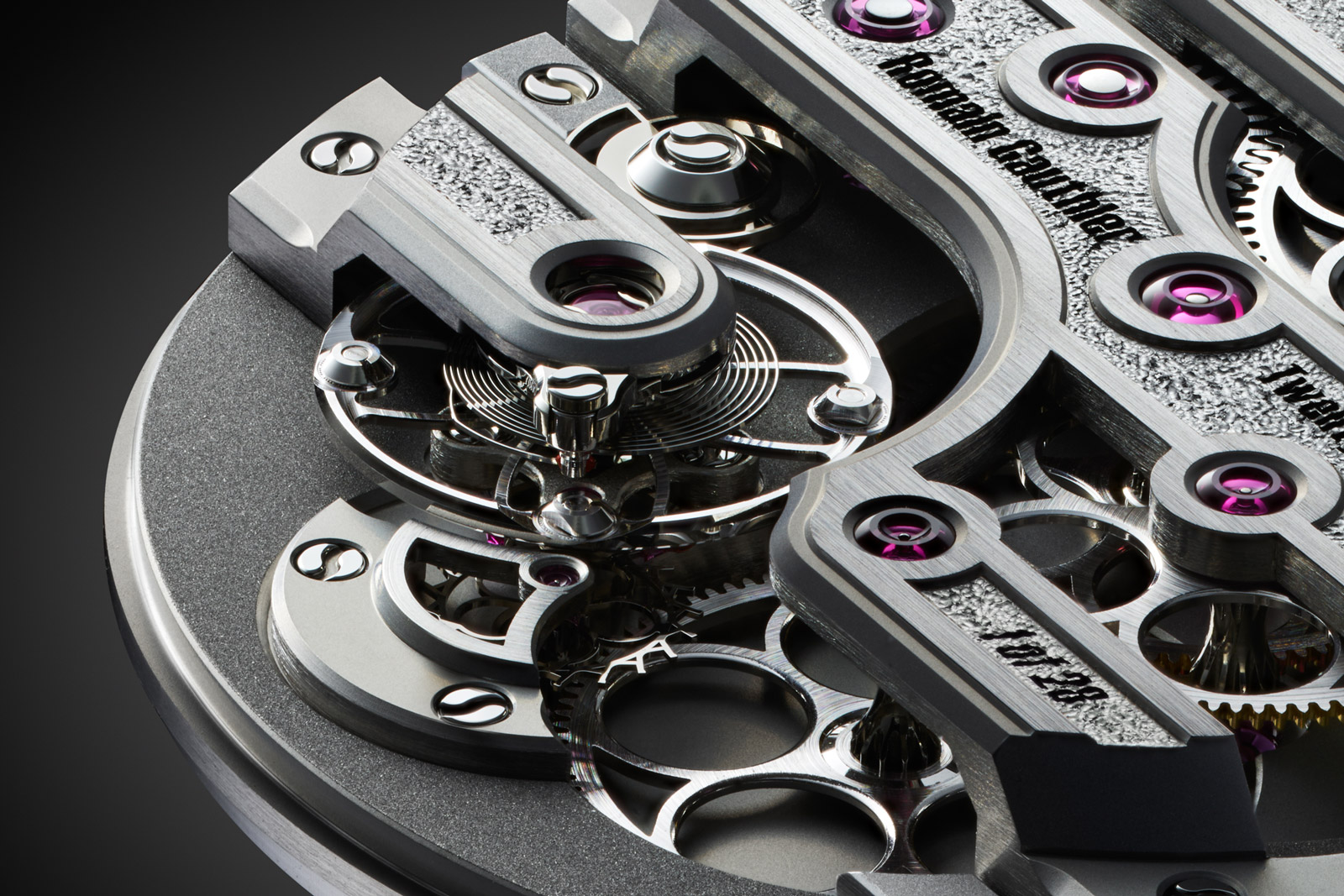 The wedge-shaped escape wheel bridge is another elegant detail

The movement’s most obvious characteristic is the architecture of its bridges. They are complex in shape  with stepped edges with contrasting brushed and frosted finishing, leaving the movement looking refined even though the bridges lack polished bevelling.

The rest of the Continuum calibre is finished to a high standard, at least for a sports watch. The entire movement is elaborately treated – by hand and machine – leaving no parts that unfinished. The best detail is no doubt the hand-frosting on the bridges and base plate that gives the watch a more unusual, upscale aesthetic than industry-standard striping and perlage. 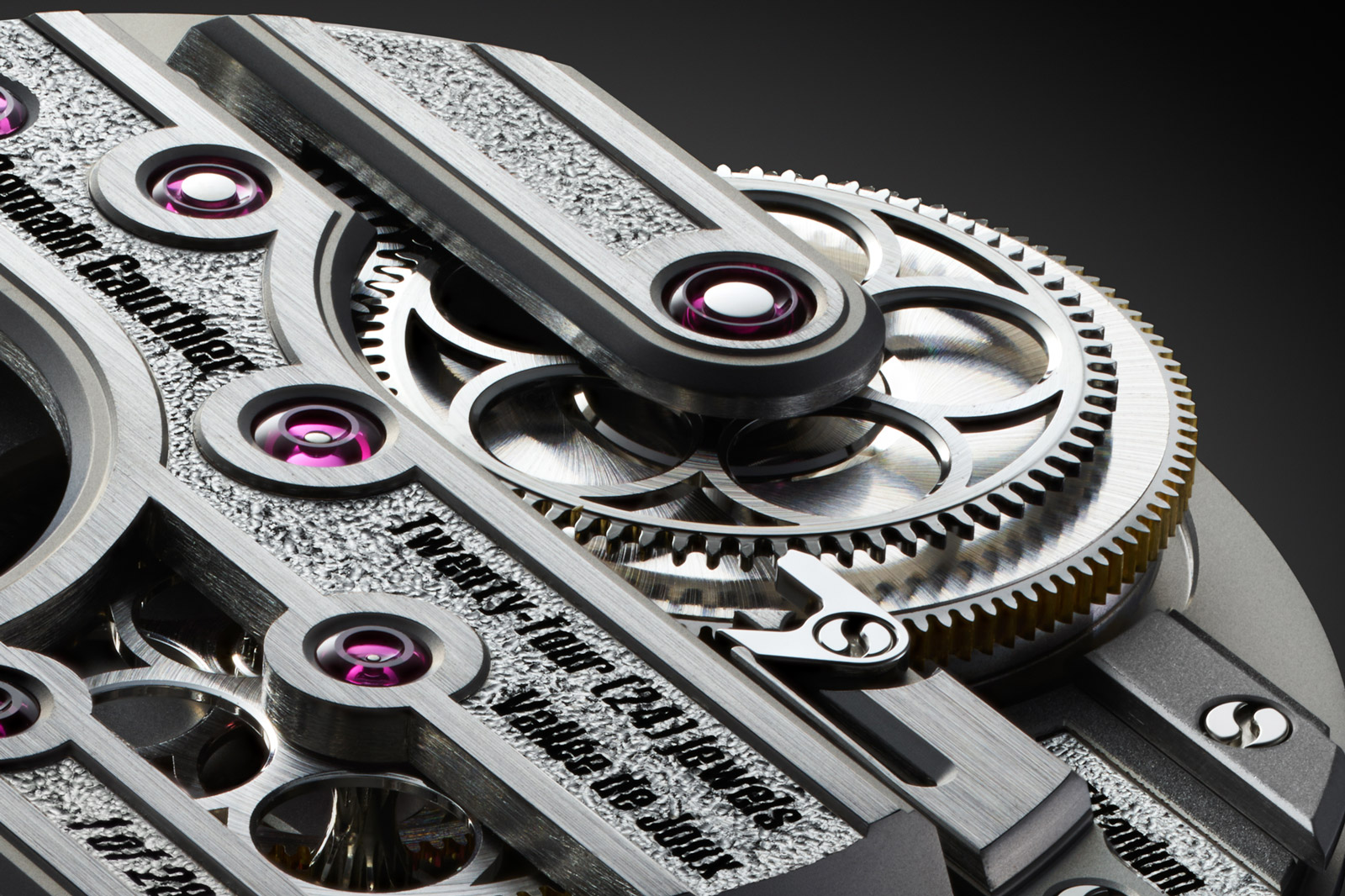