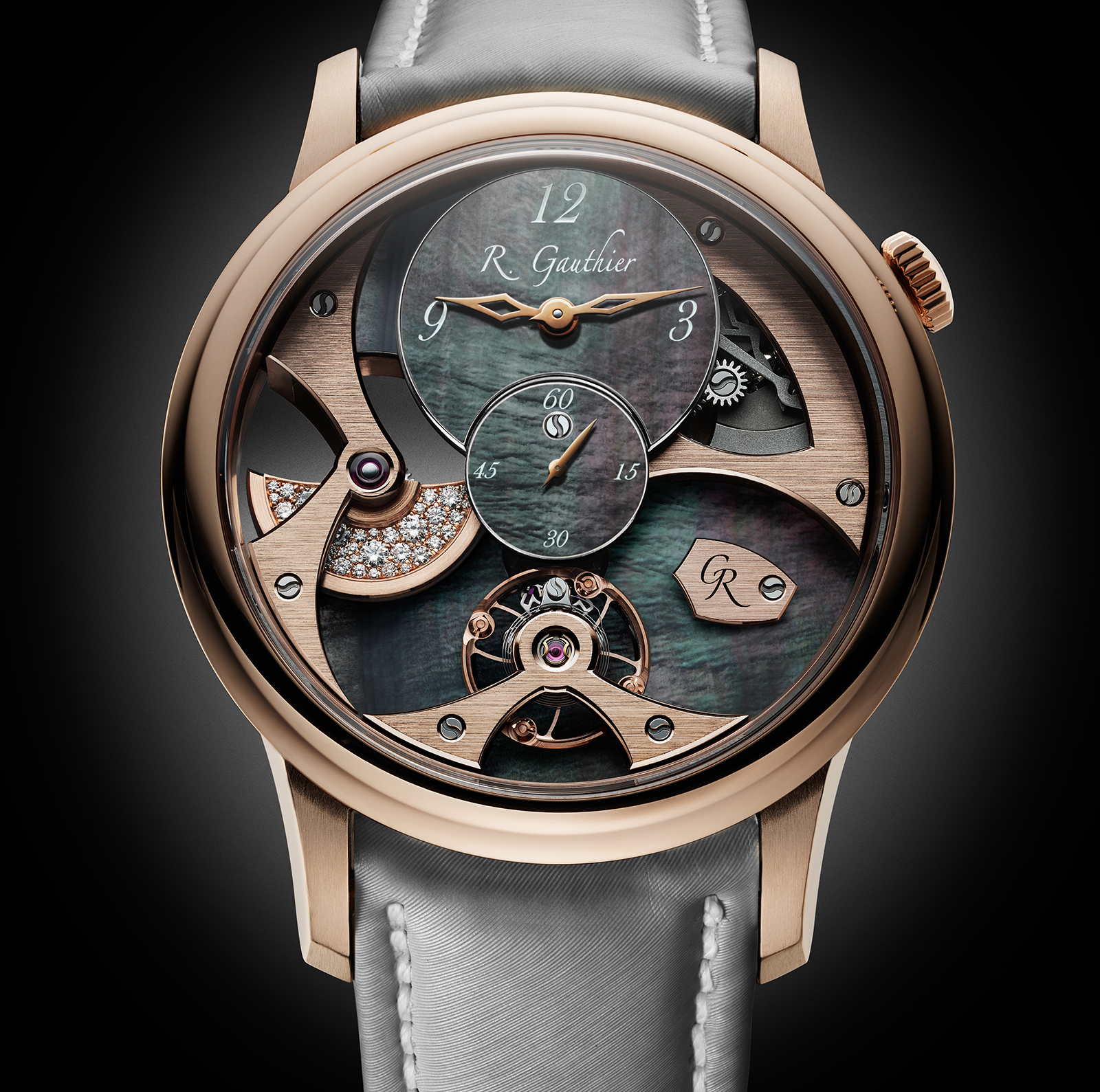 While Romain Gauthier has created gem-set versions of his timepieces in the past such as the Logical One Secret Ruby, the Insight Micro-Rotor Lady that’ll be launched at SIHH 2018 next week is his most pared back and elegant timepiece geared towards the fairer sex.

Measuring the same 39.5mm across and 12.9mm high as the men’s model, the watch is mechanically identical to the Insight Micro Rotor introduced at Baselworld last year. It is equipped with a bidirectional micro-rotor winding system, double barrels coupled in series to offer a 80-hour power reserve and a free-sprung variable inertia balance wheel.

The watch is available in two iterations – a red gold case with either a Tahitian black mother-of-pearl dial or Australian extra white mother-of-pearl – in a limited edition of 10 pieces each. In each variant, the hour-minute subdial and small seconds are crafted from one piece of mother-of-pearl, while the main plate inlay is a thicker slice taken from another shell of the same type, which lends a subtle contrast of textures. The gold oscillating weight is snow set – meaning the stones are of varying sizes – with 45 brilliant-cut diamonds and is held in place by two bridges fitted with a friction-minimising ruby bearing on both the front and back for greater stability. It almost goes without saying that the movement is impeccably finished with hand-polished bevels and countersinks, snailing, straight-graining as well as frosting. And as with all Romain Gauthier watches, the wheels of the movement feature circular spokes and screws have S-slots, an extravagance made possible by the fact that Gauthier makes his owns wheels and screws (and also sells them to brands like Chanel).

Four Brands to Join SIHH 2018, Including Hermès and Romain Gauthier