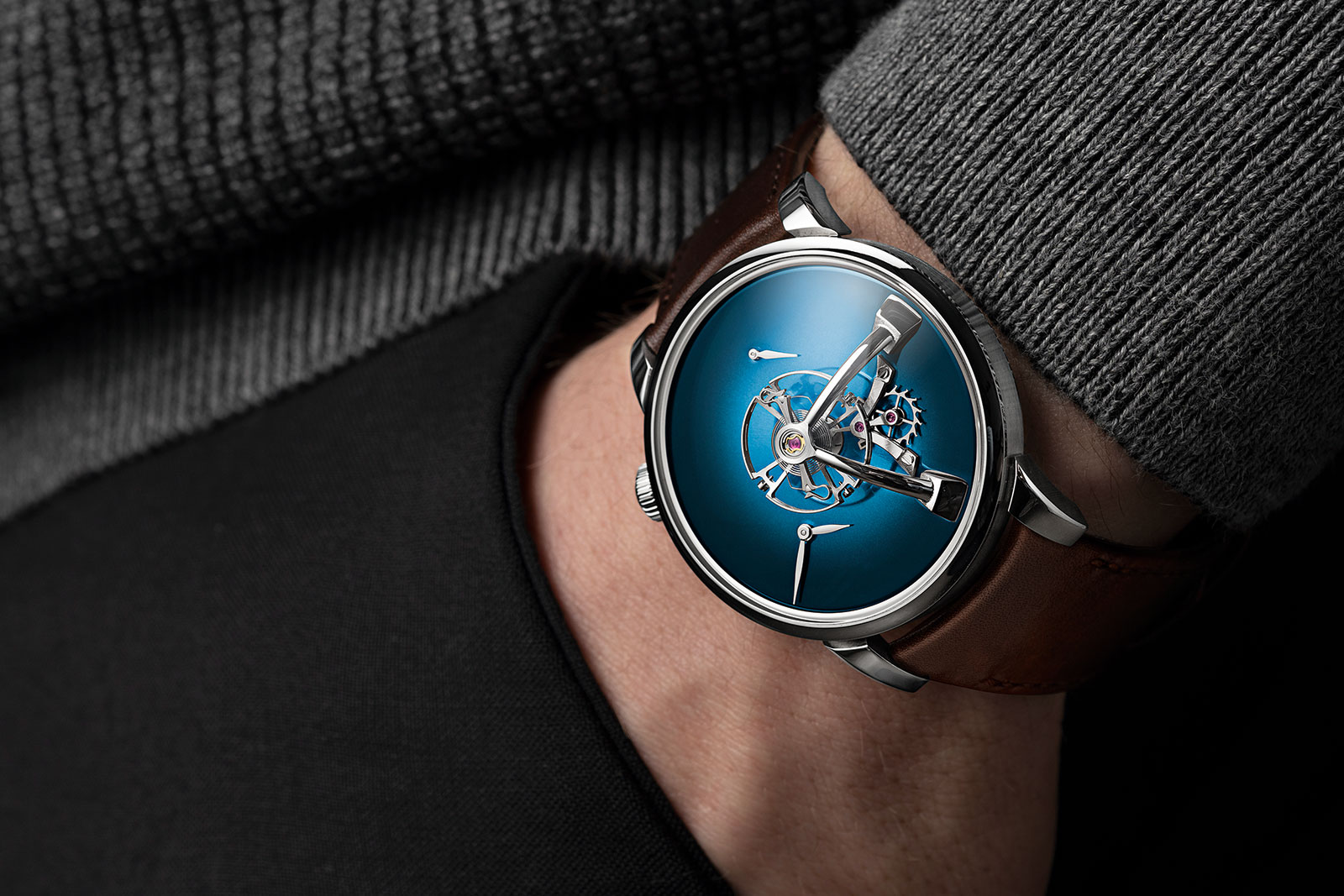 Partners for more than a decade in the supply of hairsprings, H. Moser & Cie. and MB&F have recently announced their first watch collaboration. Both mark their 15th anniversaries with a pair of watches that each brand designed for the other, blending the defining traits of both. MB&F helped styled the Endeavour Cylindrical Tourbillon H. Moser x MB&F, while Moser added its signature aesthetic to the LM101 MB&F x H. Moser.

A refreshing take on MB&F’s simplest Legacy Machine, the new LM101 has a steel case and the option of four dial colours in Moser’s signature smoked finish – Funky Blue fumé, Cosmic Green fumé, red fumé, and Aqua Blue fumé – each limited to 15 pieces. The watch incorporates the aesthetic sensibilities of H. Moser & Cie on the front, along with a slight redesign of the movement. 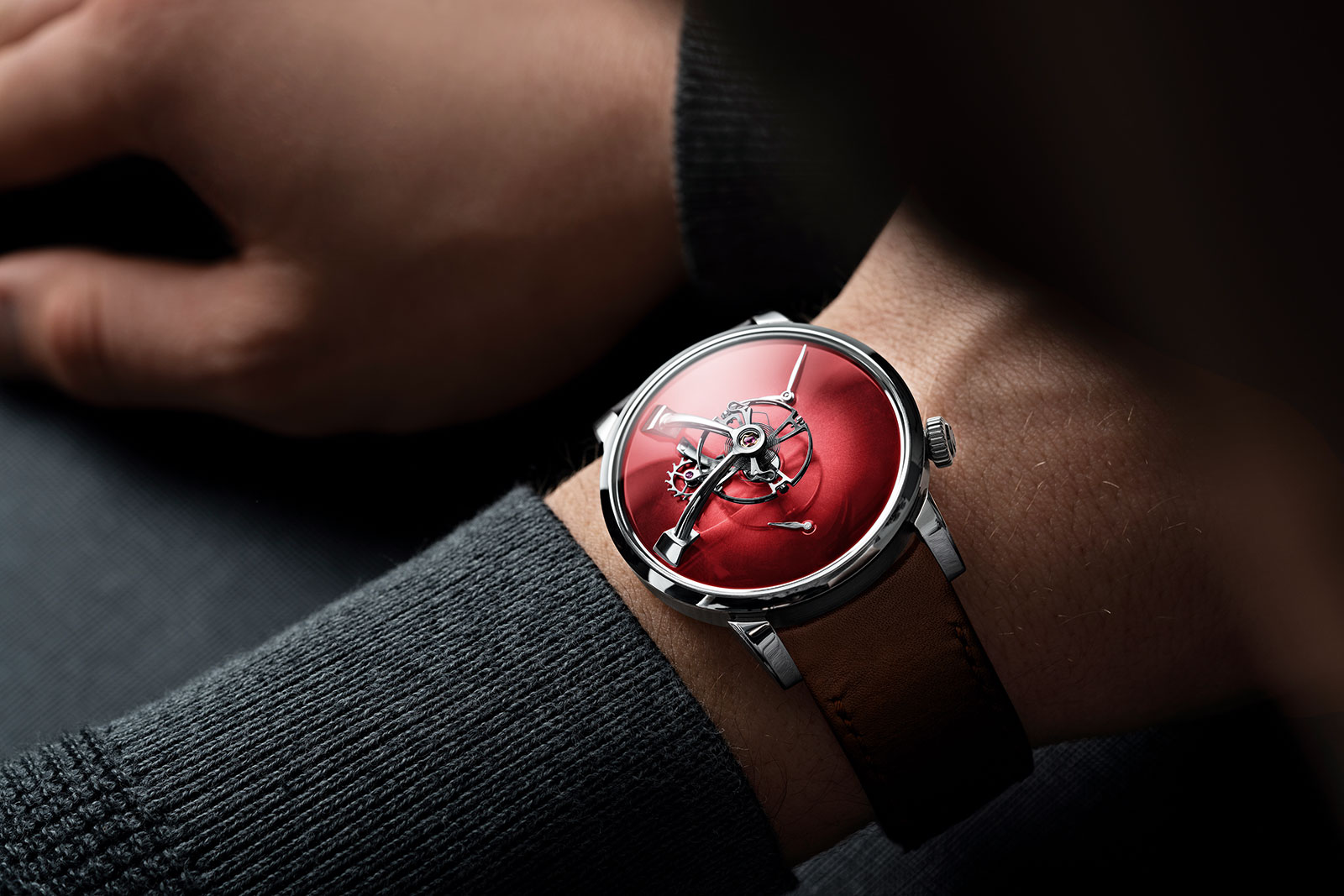 Based on the photos, the new LM101 is one of the most appealing recent watches from MB&F, though that isn’t really a surprise since it synthesises the elements that have made both brands successful – and the elements remain successful when combine together.

The most apparent is the sunray-brushed, fumé dial that is very much Moser. Although the brand did not invent the look, the smoked finish has become synonymous with the brand – and the fumé effect also translates very well on the LM101.

While the Moser fumé finish has been added, the traditional sub-dials (for the time and power reserve) of the LM101 have been removed. This streamlining boosts the much-liked simplicity of the LM101, and really allows the smoked dial to take centre stage. 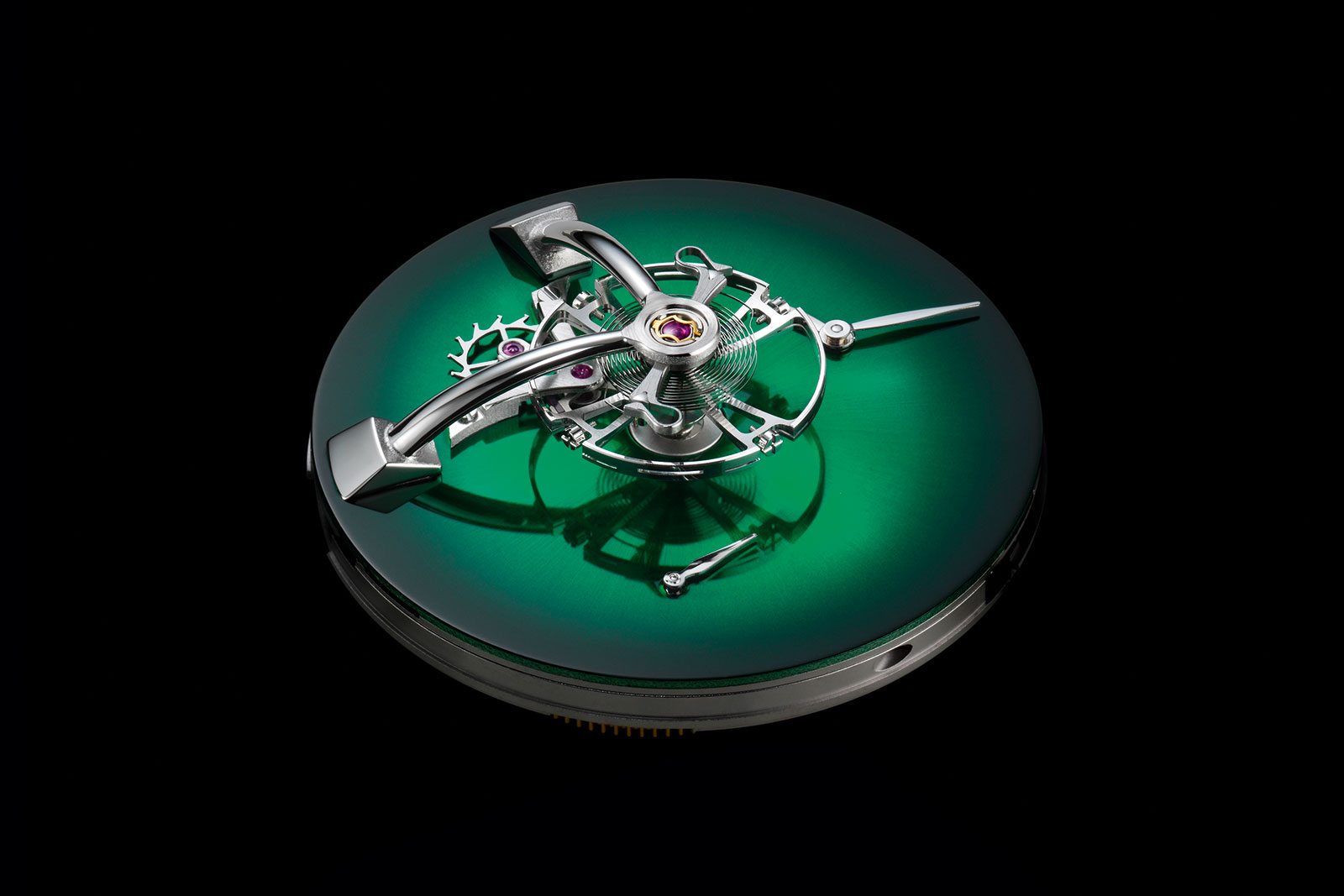 The steel case has been tweaked to give it a thinner, more refined bezel, though the dimensions remain the same. Though the watch sounds thick due to its 16 mm height, the number is mostly due to the generously-domed sapphire crystal that accommodates the arched balance bridge. 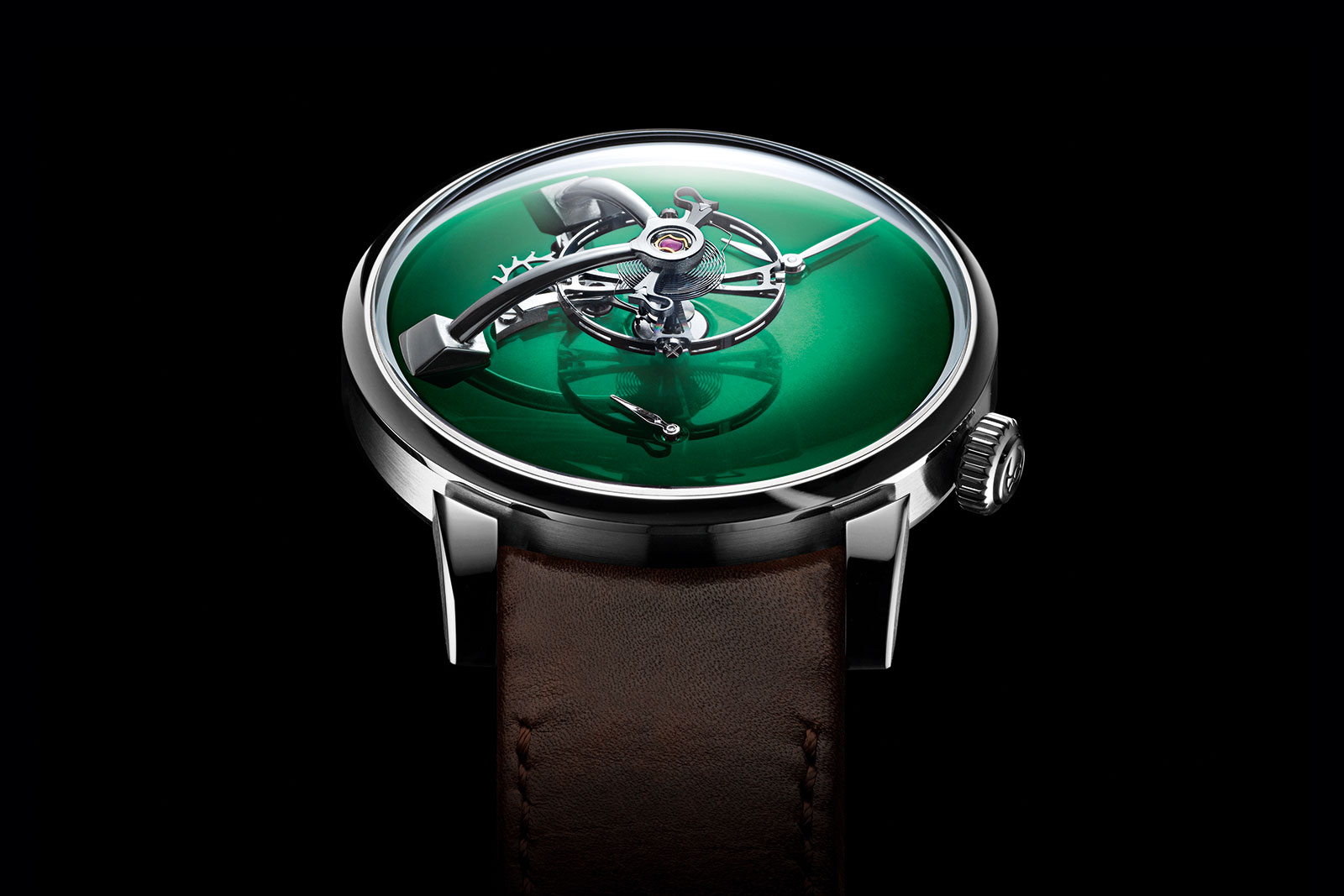 At 40 mm in diameter, the LM101 still remains as one of the most wearable MB&F watches. And the fact that the case is steel also makes it special, as it is only the third instance that MB&F has used the metal. 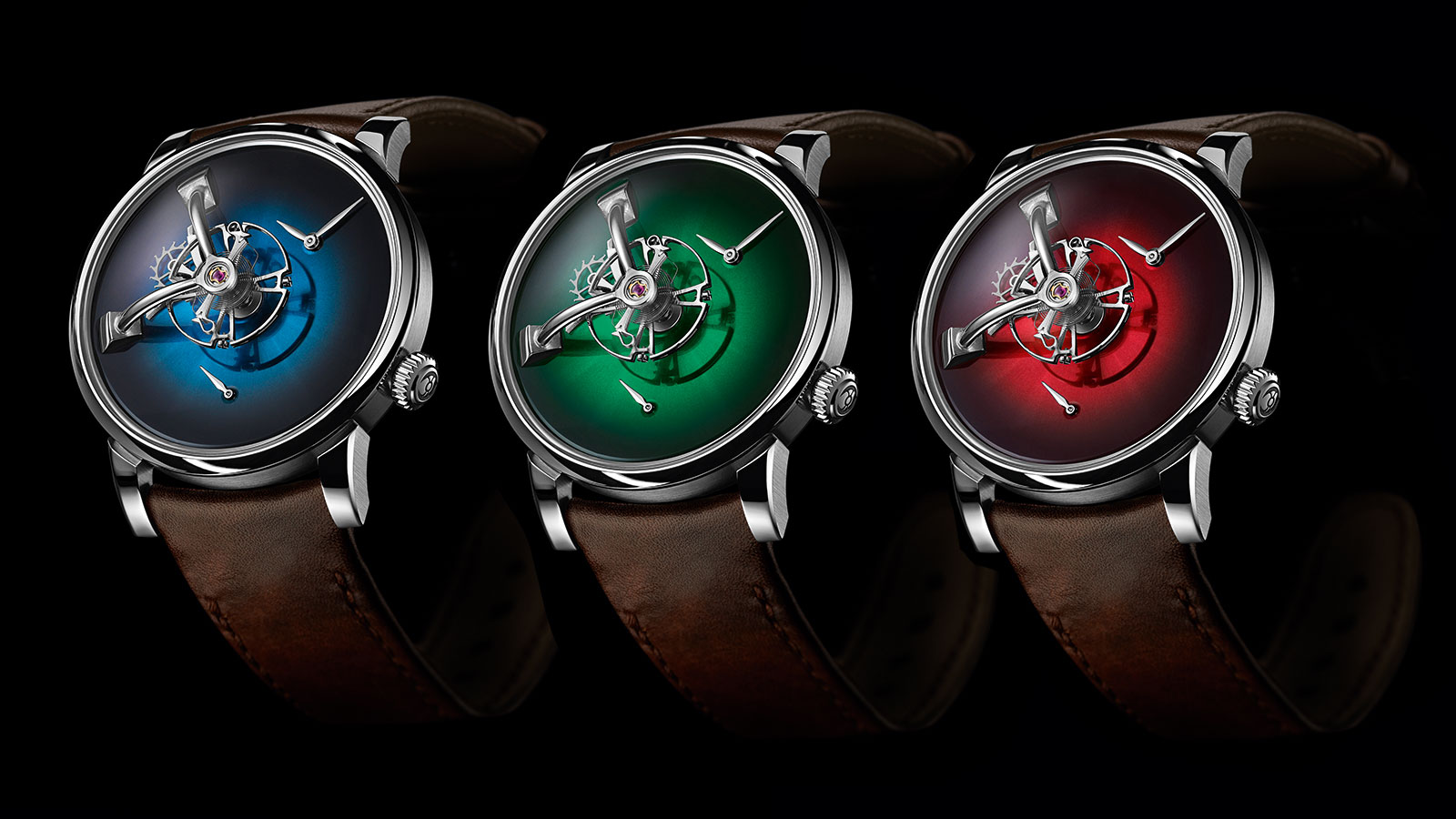 While the dial is now more striking than before, the oversized, 14 mm balance wheel remains ever prominent. The motion of the balance wheel can be fully appreciated because of its slow, 2.5 Hz beat.

Though the movement is largely identical to the calibre found in earlier versions of the LM101, it features one crucial upgrade: the balance is fitted to a Straumann double hairspring made by Precision Engineering, Moser’s sister company. 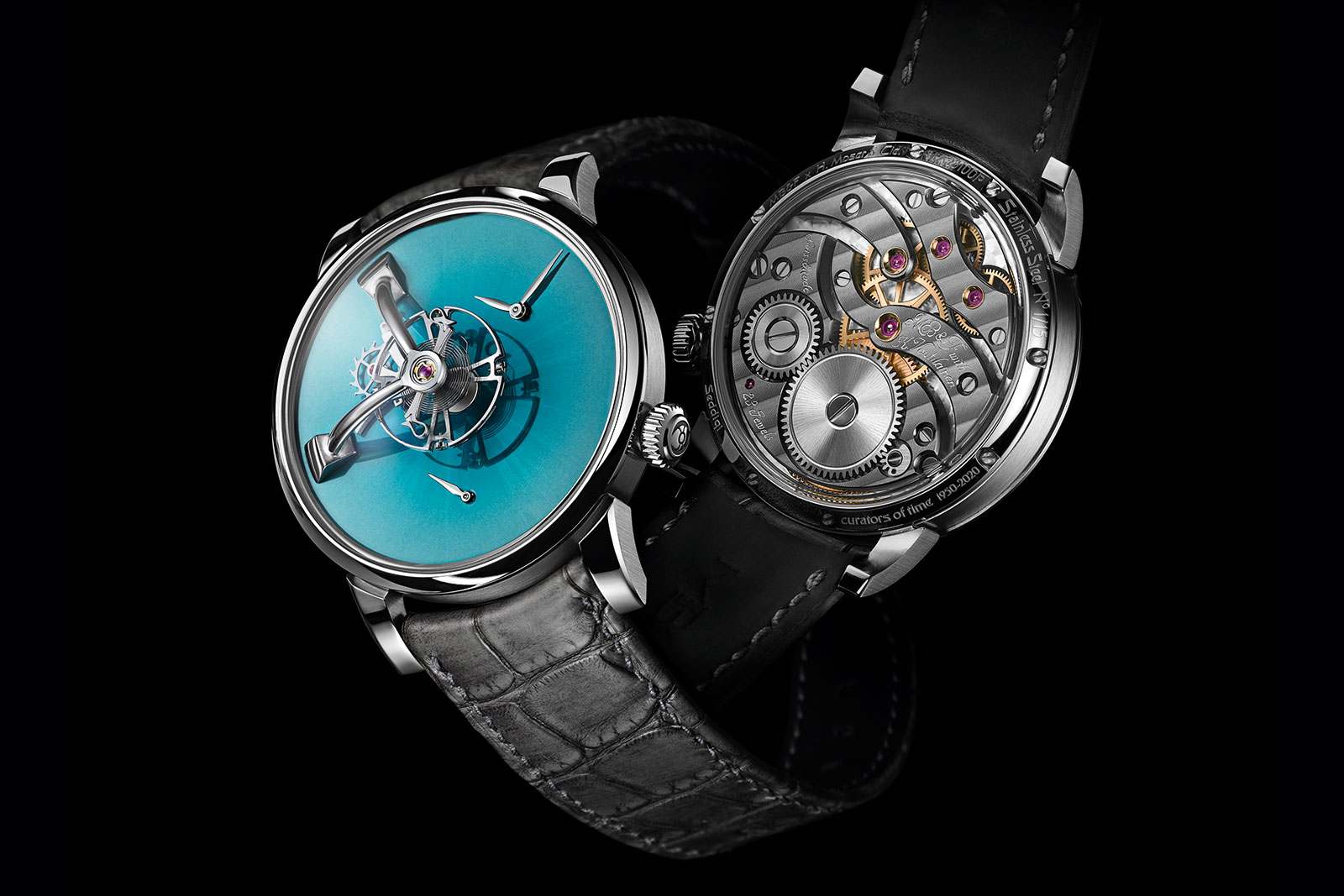 While the standard LM101 balance has a single hairspring attached above the balance, the Moser edition is equipped with a pair of hairsprings, each coiled in an opposite direction to the other.

Because the two hairsprings together expand and contract with near-perfect concentricity, the isochronism (where the period of oscillation is constant, regardless of amplitude) is far superior to a standard, single hairspring. 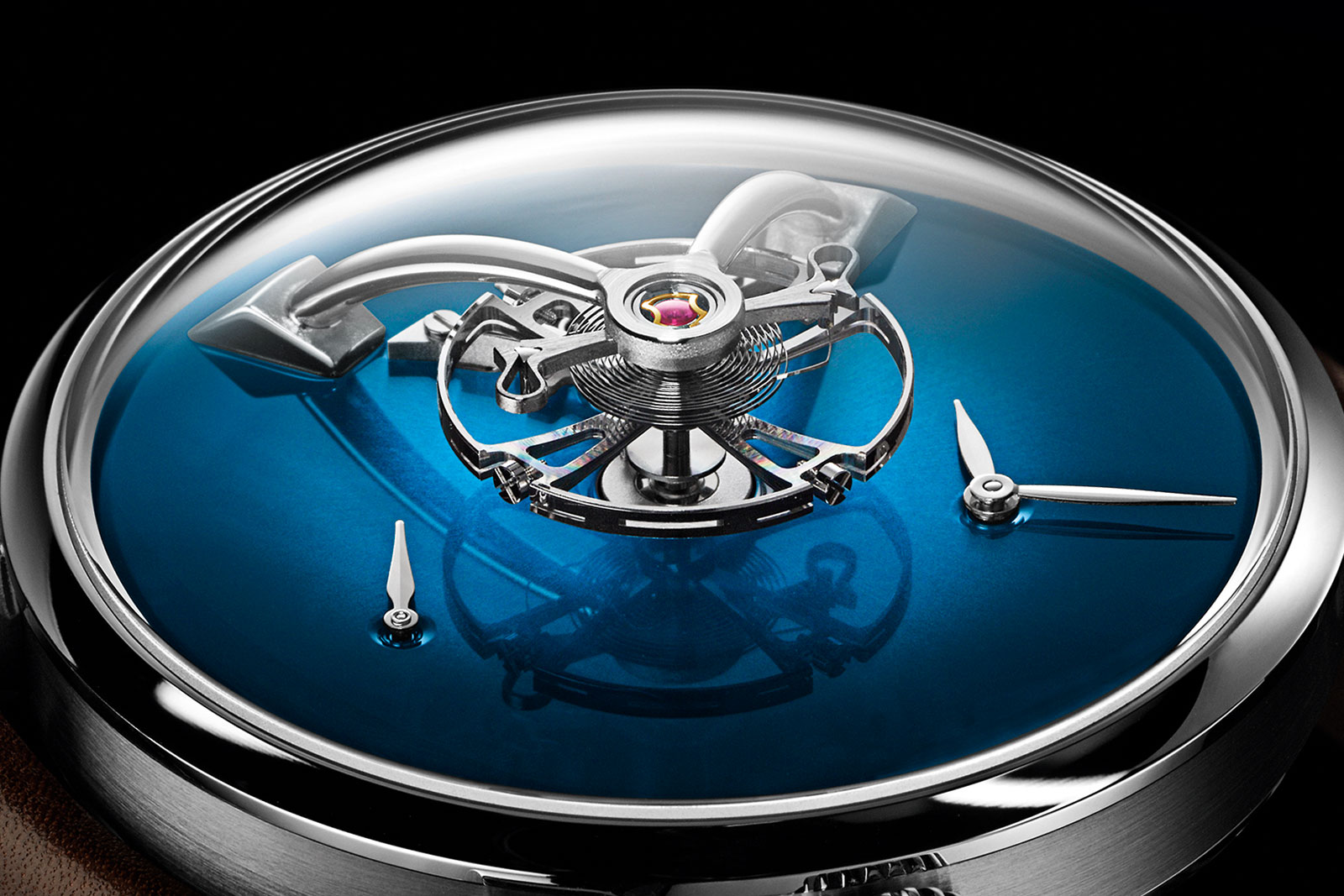 The twins hairsprings visible over the large balance

And the movement also received a facelift on the back. Instead of the usual rhodium-plated finished, the bridges have been given a black, NAC coating for a more modern and edgy look. 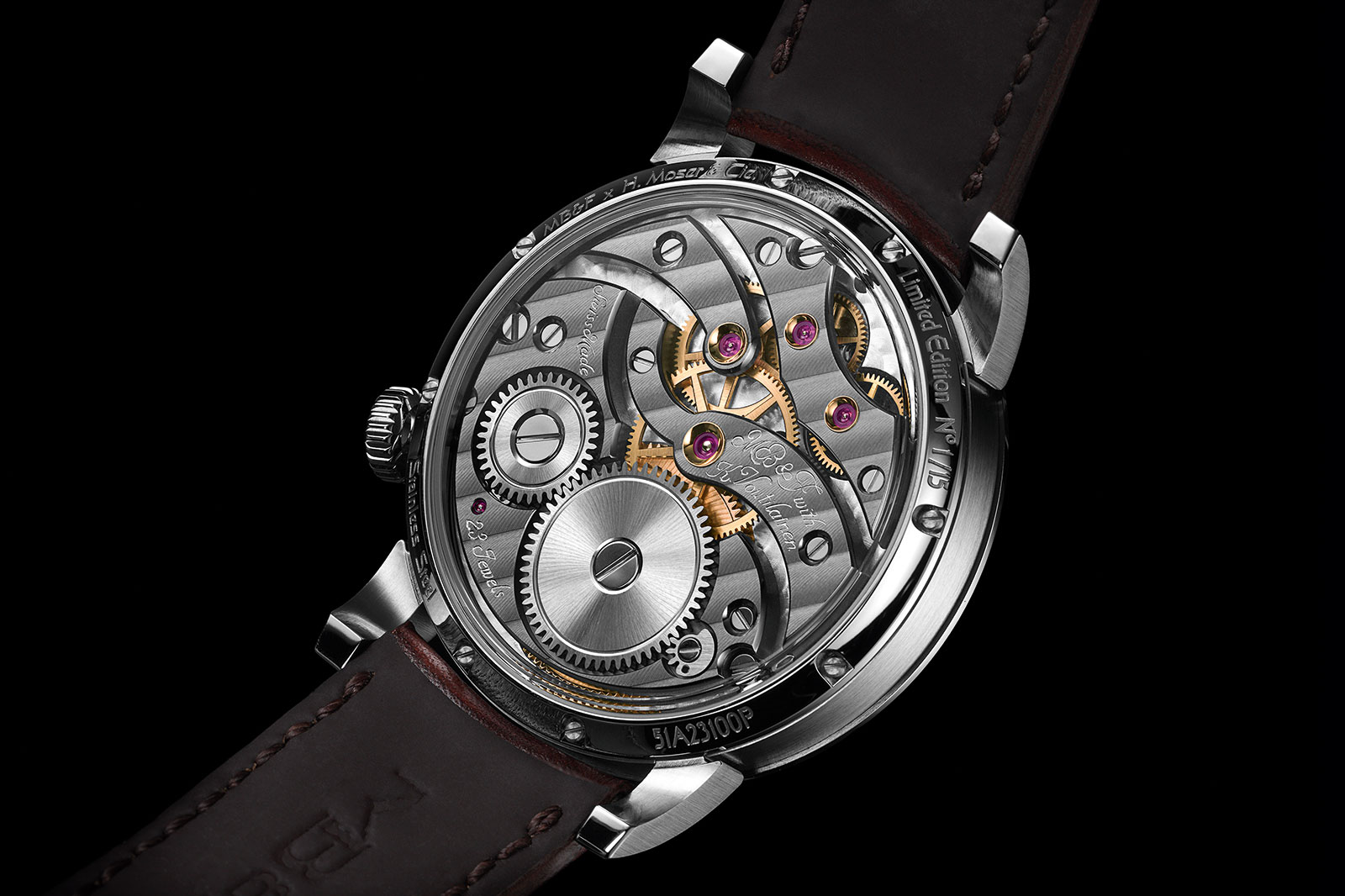