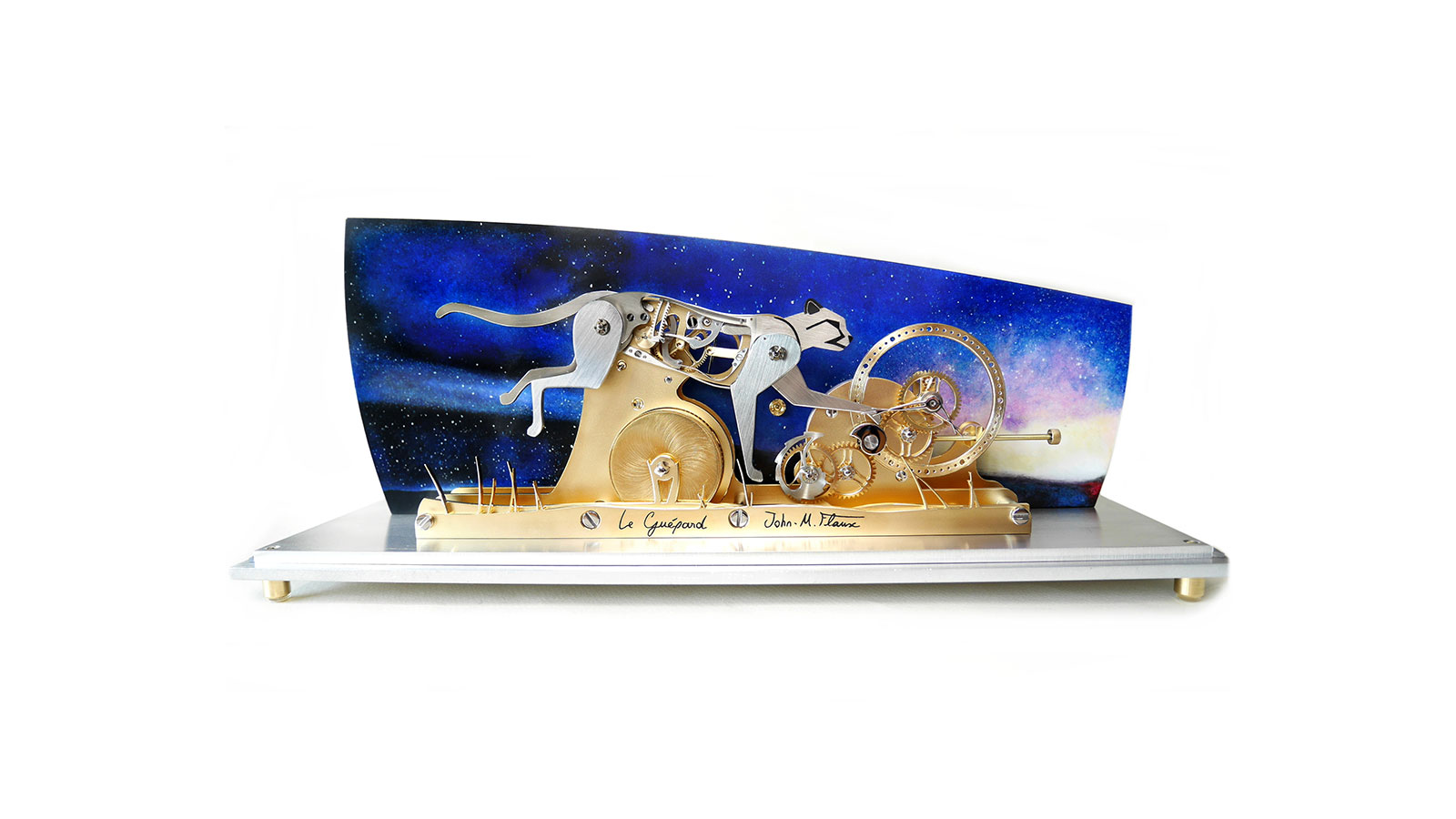 A young French horologist who specialises in automaton clocks – his most recent work was a retro-automobile that tells time – John-Mikaël Flaux has just unveiled his most elaborate work to date, Le Guépard.

Translating as “The Cheetah”, Le Guépard is an elegantly-conceived, hour-striking clock with its movement forming an automaton of a big cat. 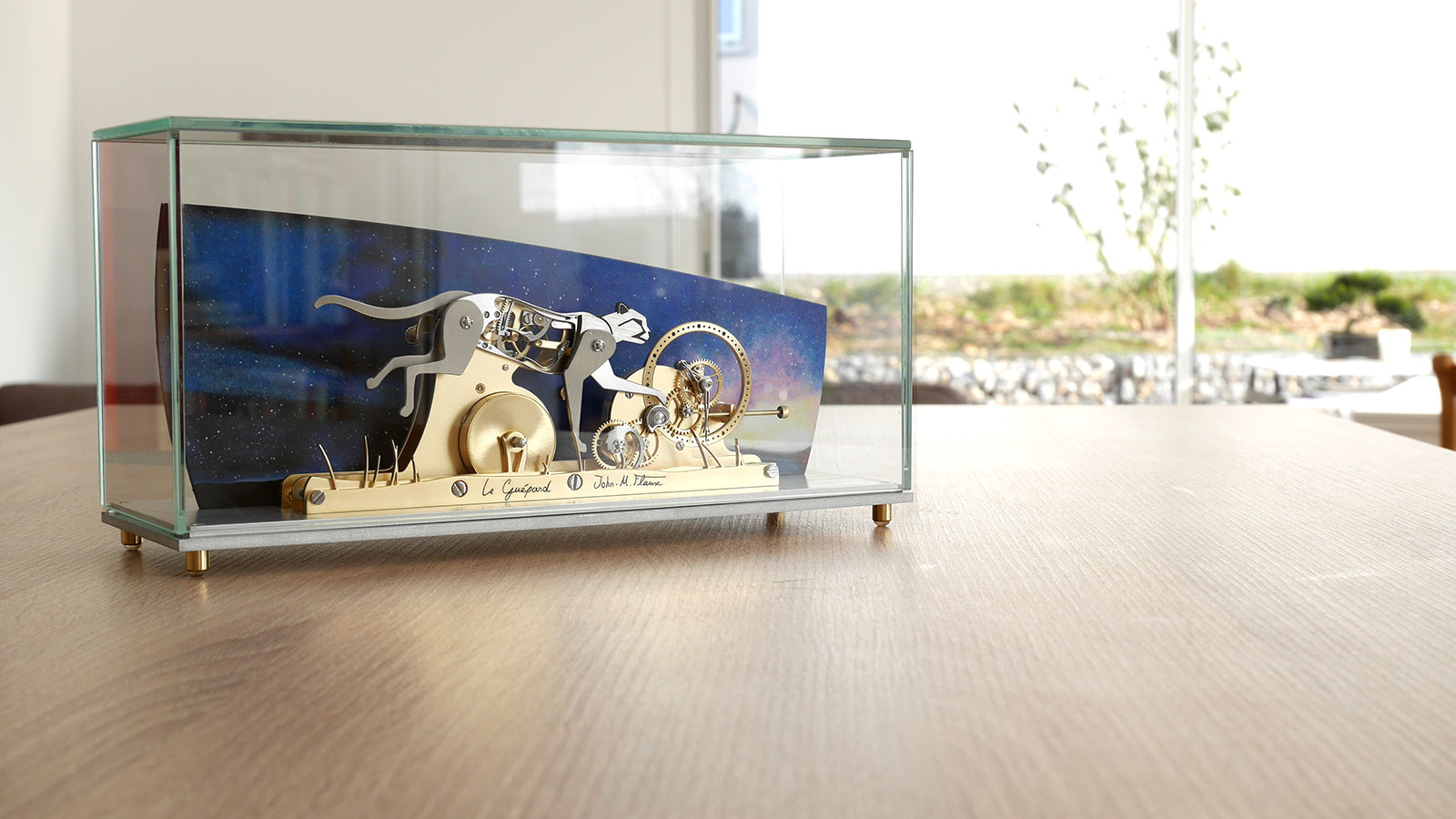 Made of brass and steel, Le Guépard tells the time on an open-worked dial on its right, but it is also a sonnerie en passant, chiming out the time as it passes. Mr Flaux, who attended the same watchmaking school as independent watchmakers Cyril Brivet-Naudot and Theo Auffret, describes Le Guépard as a “poetic take” on the hour-striking clock. 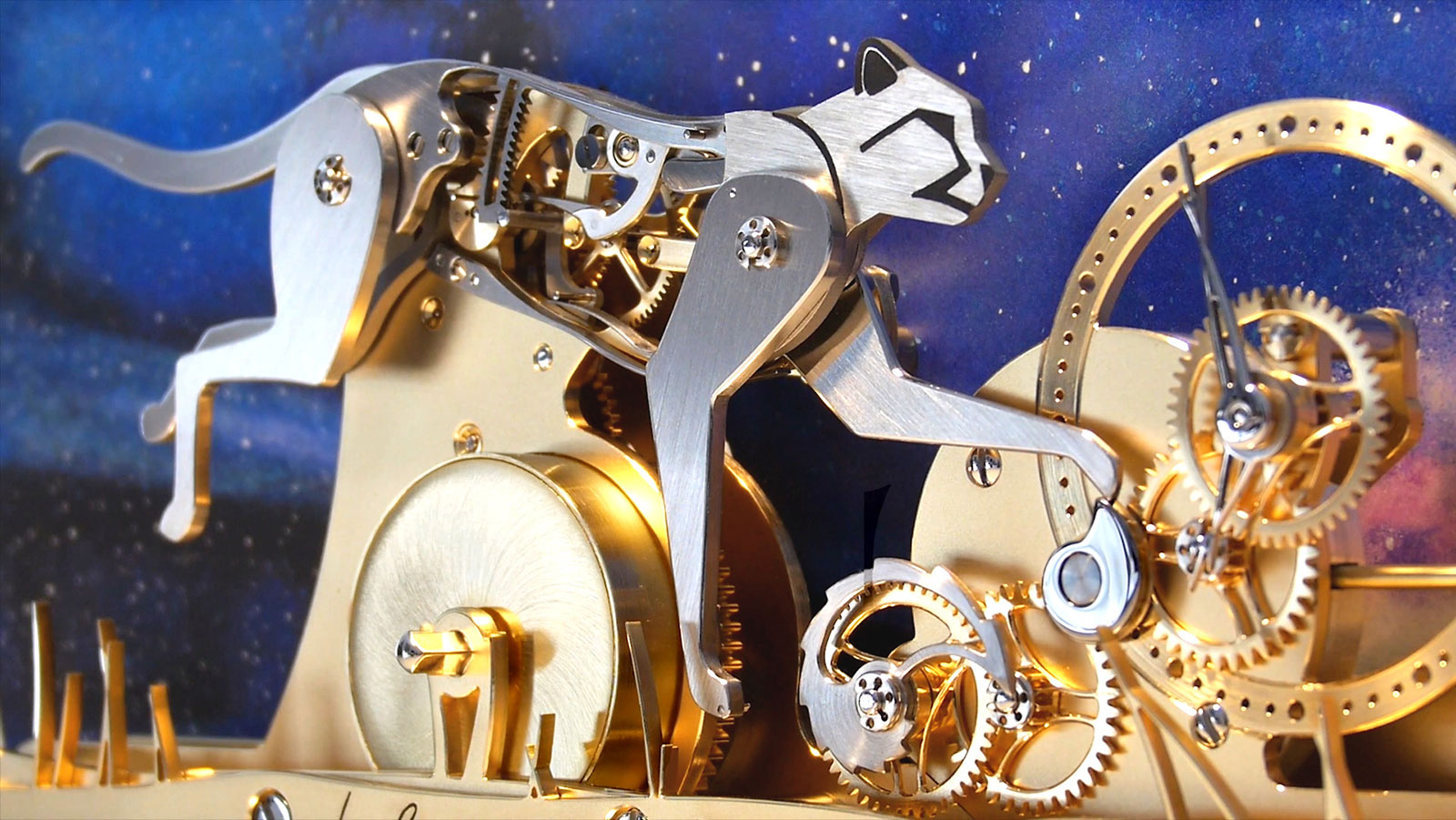 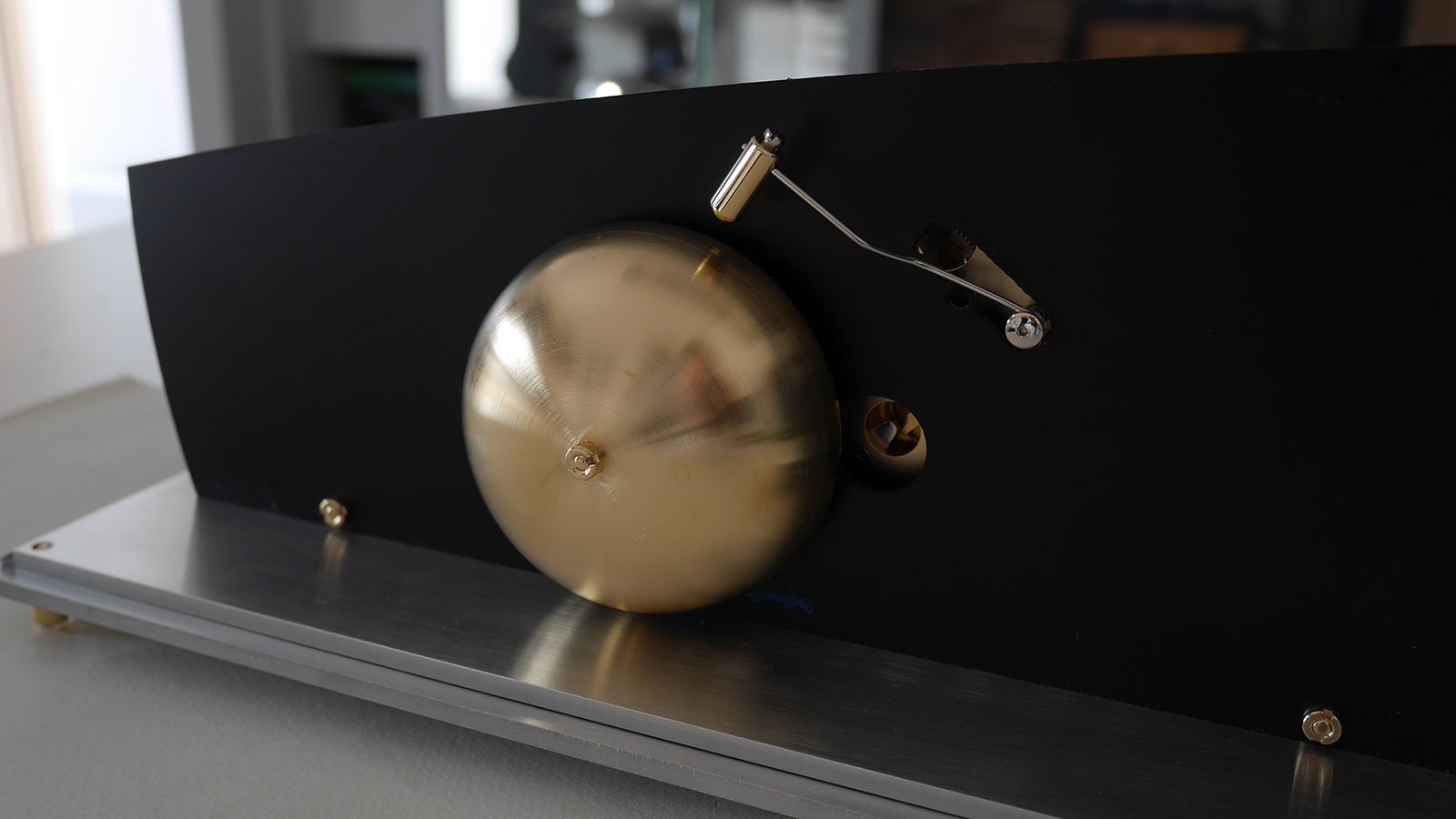 Made up of 205 parts, most of the clock is produced by Mr Flaux using traditional methods, like turning wheels on a manual lathe. The movement is mounted on a steel platform, but sits against a background of an abstract starry night on the African plains.

Executed in acrylic paint on a brass panel, the painted background is the work of Line Descombes, a miniature painter based in eastern France, not far from Switzerland, whose primary work is decorating watch dials. 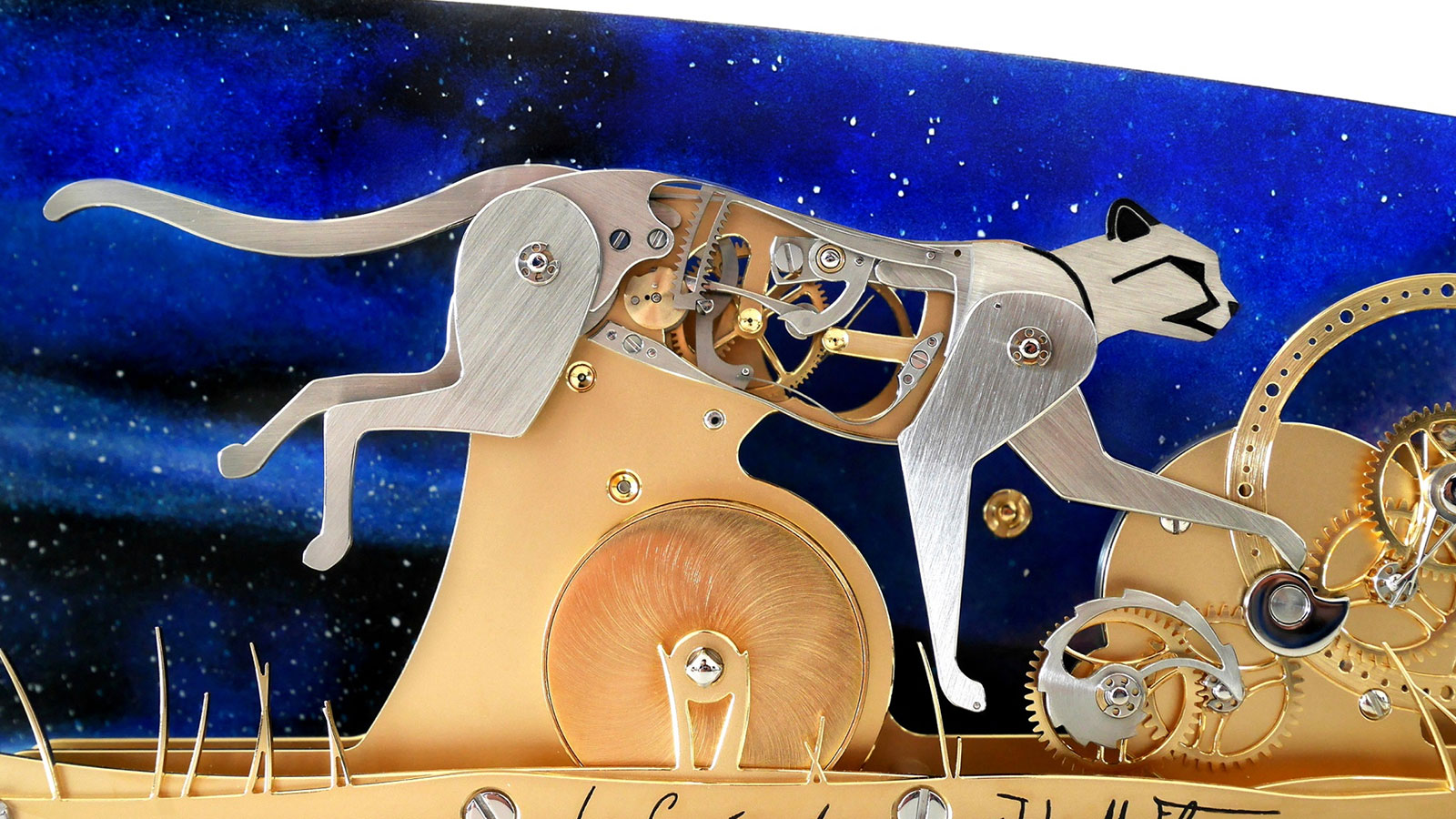 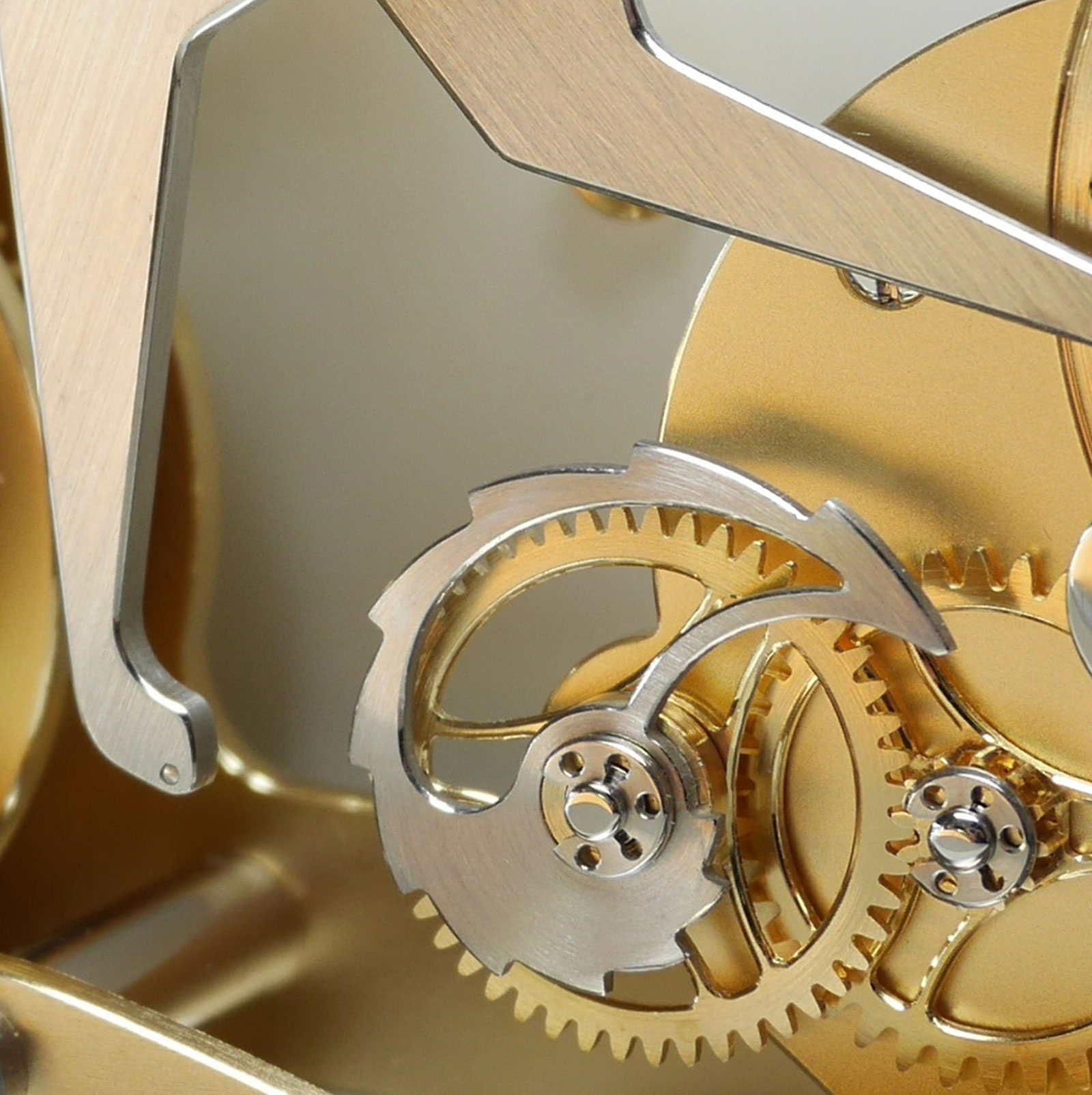 The snail cam that tracks the current number of hours 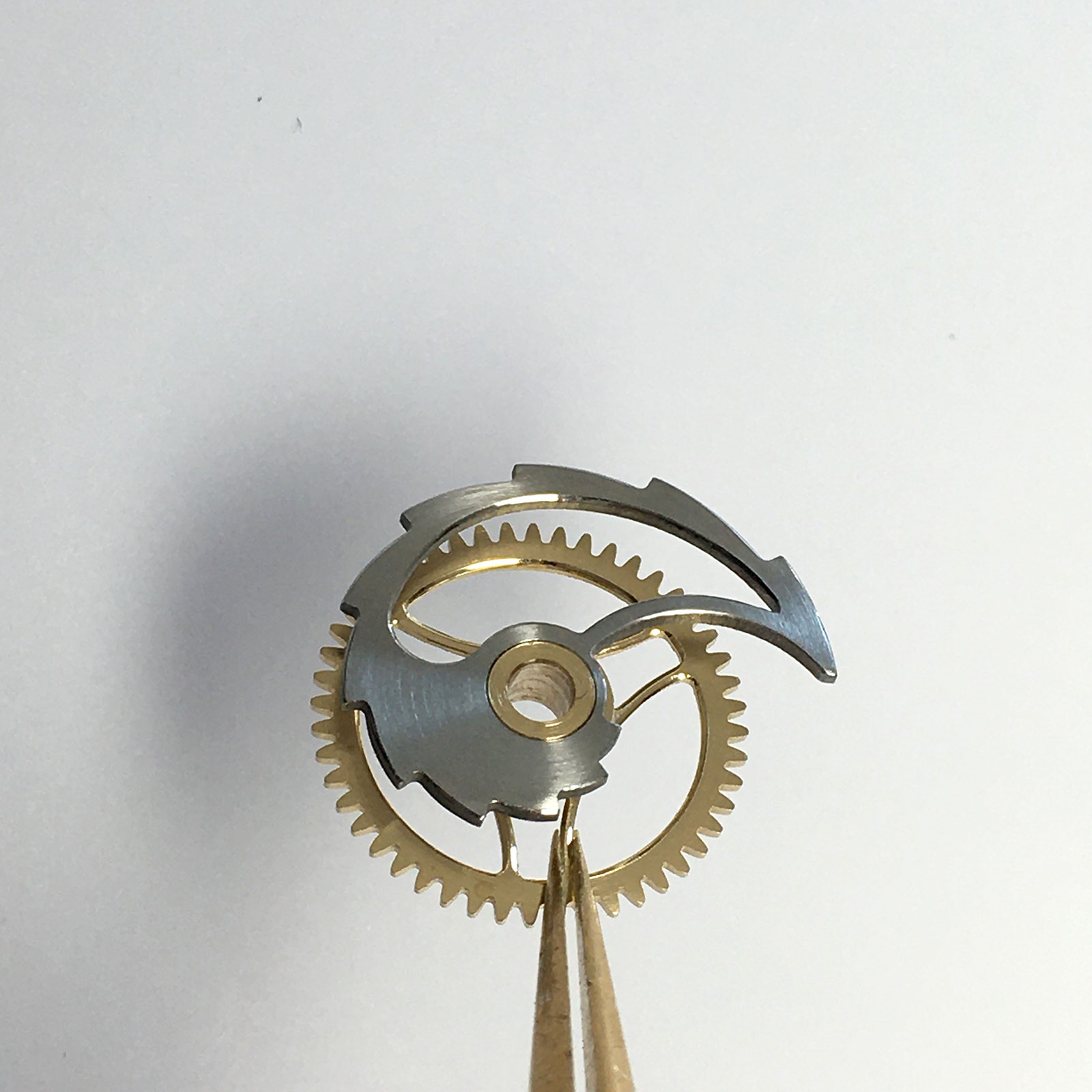 All the components are finished by hand, with straight-grained surfaces and bevelled edges

While the time display is set via a small crown, the clock has to be wound with a key. On full wind it’ll run – and chime – for 45 hours.

Only five will be made, each customised to the client’s wishes in terms of decoration and painting. Though Le Guépard starts at a bit under US$33,000, it is reasonably priced for an artisanal, hand-made clock with hour-striking complication. 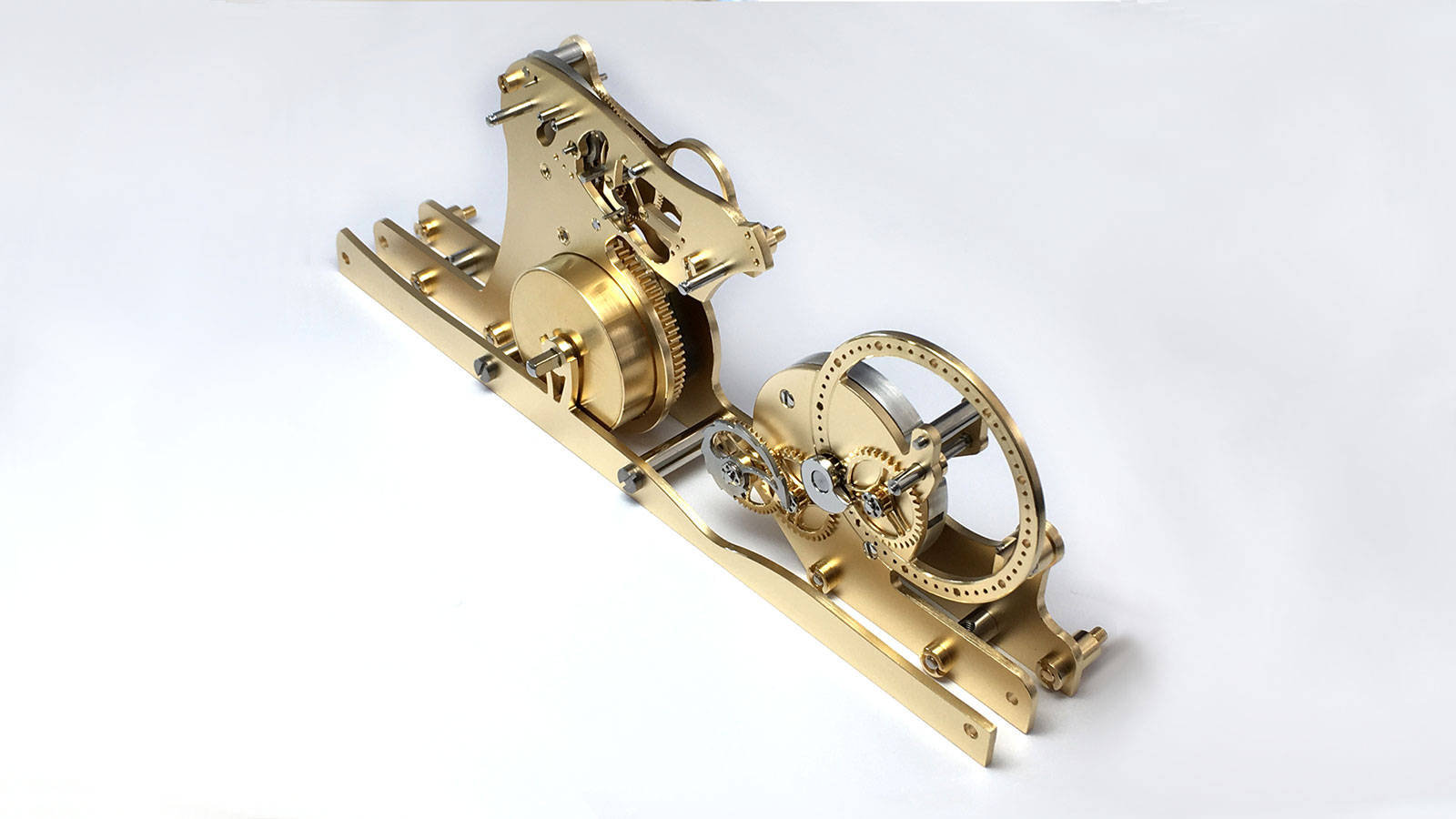 The plates of the clock movement, with the barrel visible on the lower left