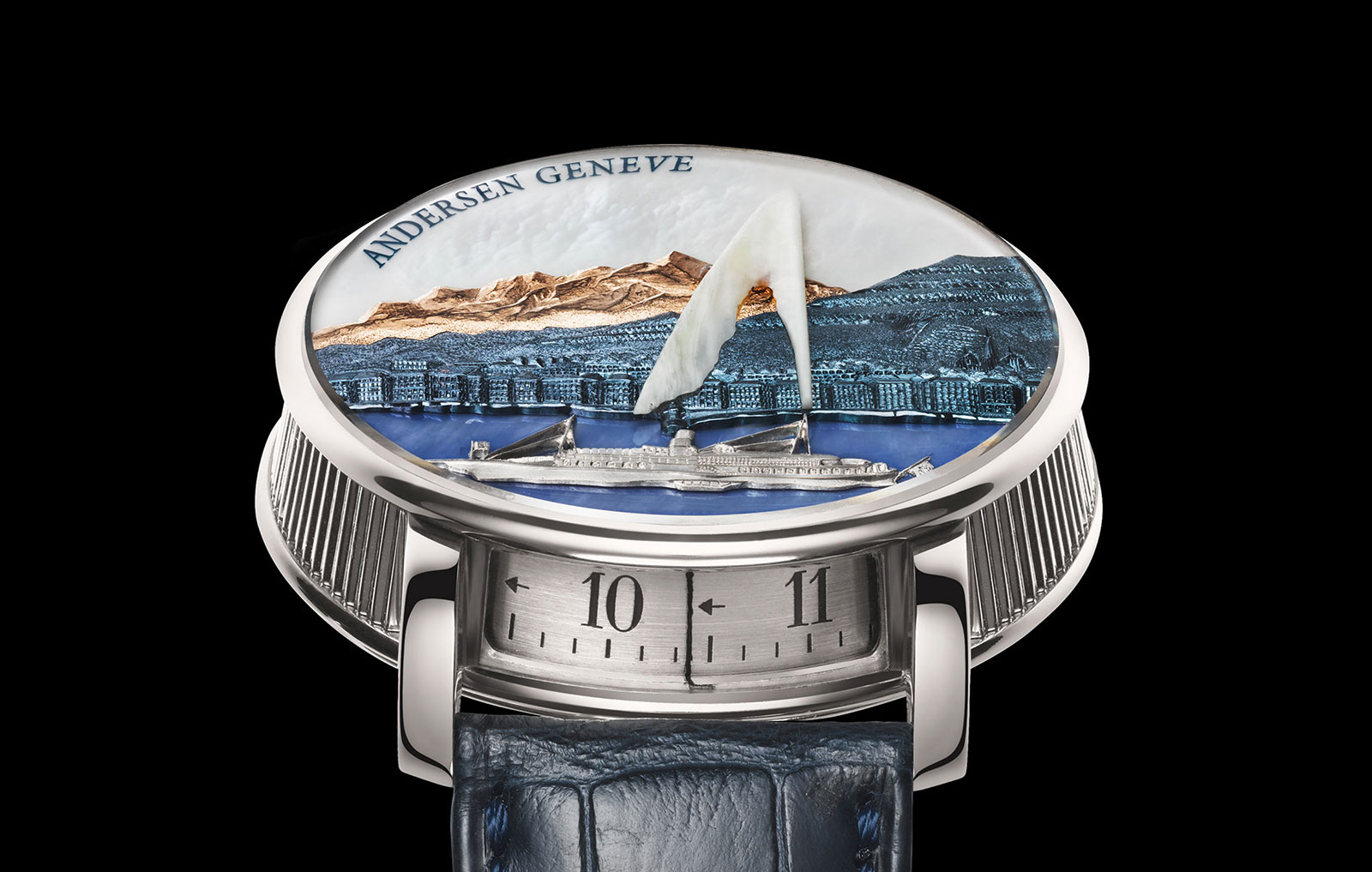 Only Watch founder Luc Pettavino is a very persuasive man. Every two years, he manages to convince small watchmakers to risk neglecting paying customers, and instead to spend a lot of time and effort to exercise their creativity in building a one-off timepiece – and then give the resulting watch to the Only Watch charity auction.

Most watchmakers regard it as an honour to be asked for a contribution, after all, the list of participants include boldface establishment names like Patek Philippe and Audemars Piguet. While Luc also receives many offers from brands, he wants to curate an interesting mix of watches for each Only Watch auction, capped at a maximum of 50 watches or so each time – he alone decides what’s in and what’s out.

A few brands have been dedicated supporters of the charity since the very beginning, and they are usually invited to return year after year. In the inaugural Only Watch auction in 2005, lot 1 was the unique Eros “Navigation Pleasure” wristwatch. It was the work of Andersen Genève, the brand founded by Svend Andersen, a 77-year old veteran independent watchmaker best known for co-founding the Académie Horlogère des Créateurs Indépendants (AHCI).

When Luc visited Svend at Baselworld earlier this year to solicit a contribution for Only Watch 2019, he received a swift “yes”. With the watch required to be finished for a world tour starting just three months after Baselworld, quick decisions were necessary at Andersen Genève to create an attractive watch.

Svend Andersen and Andersen Genève owner Pierre-Alexandre Aeschlimann – who acquired the company in 2015 while keeping Svend on board – wanted to highlight horological craftsmanship in the brand’s Only Watch creation. So they decided the watch best suited for that was the Montre à Tact, inspired by Abraham-Louis Breguet’s 19th century watch of the same name.

Montre à tact translates as “tactile watch”, getting its name from the wearer being able to tell the time by touch. By feeling the position of a pointer fixed on the lid of the watch, the wearer could deduce the time from the pointer’s position in relation to studs set onto the rim of the case representing the hours. It was developed as a matter of manners, for visibly consulting a watch while in polite company was judged rude by the Parisian society of the late 18th century. 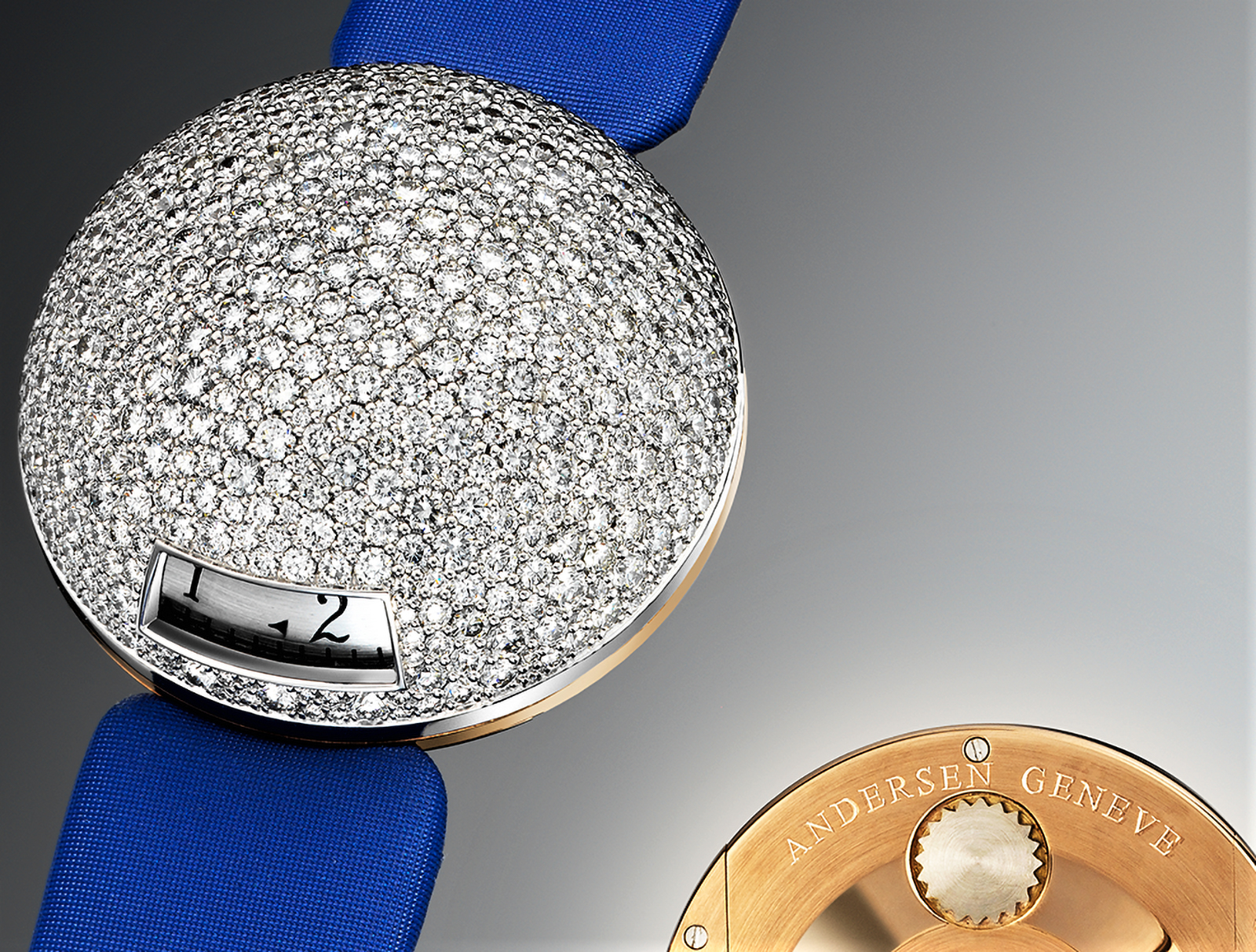 Svend introduced his own Montre à Tact in 1999, equipping it with a lateral time display incorporated into the case band, which allows for reading of the time discreetly, without the wearer needing to turn the wrist, perhaps a tell-tale sign of impatience. Reducing the time display to a drum-like cylinder also created an avenue for creative expression. With the time only visible through an aperture visible between the lugs of the “empire” case, a large, flat space on the face was left ready for decoration. 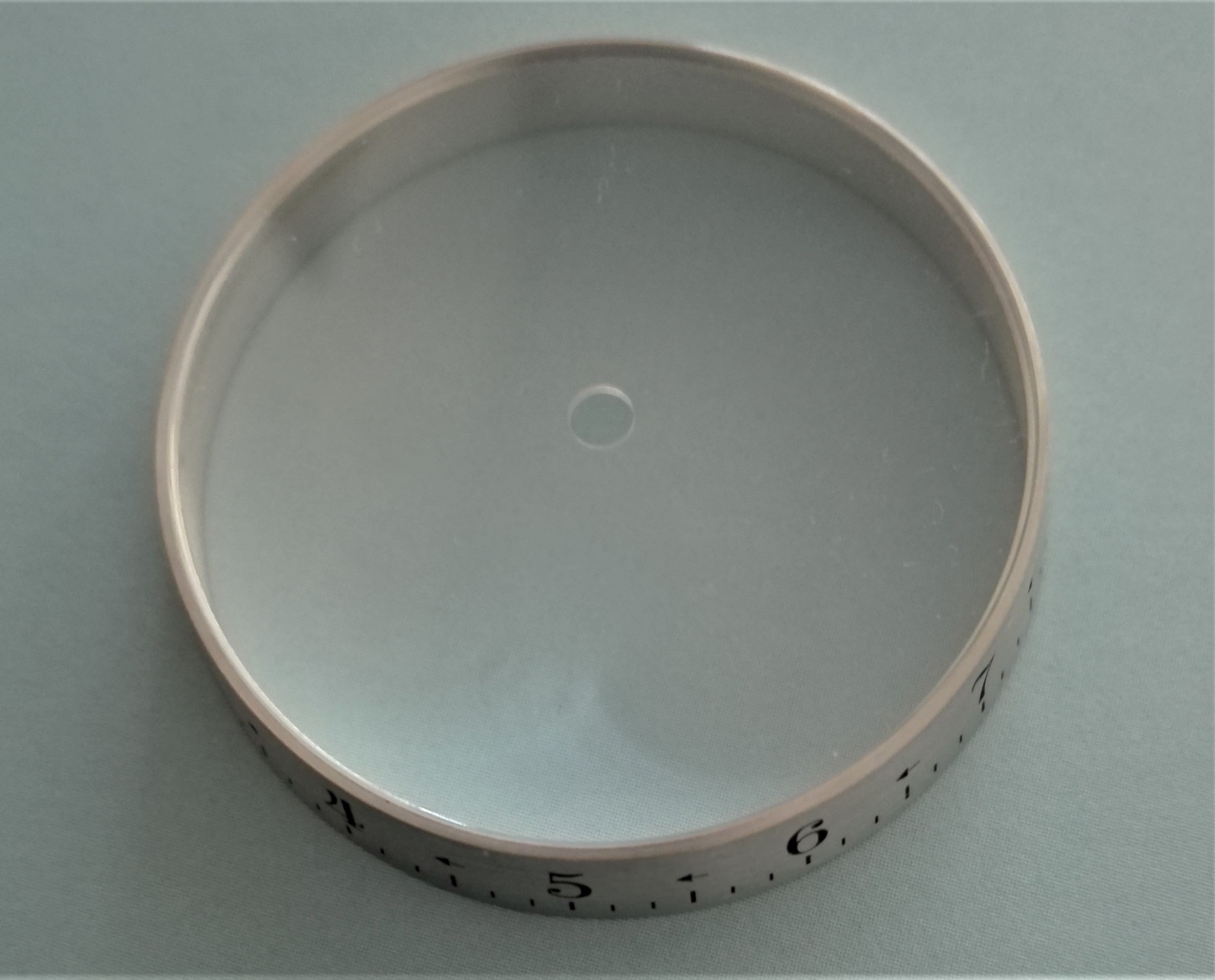 The hours scale is engraved onto the rotating cylinder that’s made of a lightweight aluminium alloy, and connected to the propriety time display module A tribute to the Calvinist city

The city and lake of Geneva offer a perfect scene for conversion into a decorative motif, which is why scenes of the Lac Leman have long been a favourite theme for miniature enamel artists of the area. The lake with its signature Jet d’Eau fountain, with the majestic Salève and Montblanc mountains in the background, are instantly recognisable.

Though the motif was obvious, the difficulty here was to integrate Geneva’s St. Pierre Cathedral, a landmark Pierre-Alexandre felt was crucial for the quintessential Geneva scene. Existing postcards and photos did not combine all these elements.  But neither Svend nor Pierre-Alexandre are gifted illustrators, so the task fell to Pierre-Alexandre’s father, an artist by training, who was drafted to create a sketch for the engraver.

Vintage postcards and scenes of Geneva

An early sketch of the motif

From paper to gold and pearl

For many years, Svend has worked with renowned engraver Kees Engelbarts. While most engravers usually require exact templates and instructions to work, the Dutch engraver is not only an excellent craftsman, but also true artist, so Kees was able to work with Svend to determine how to execute the drawing right down to its visual details and materials.

Without distorting reality too much, artistic liberties were taken to capture the motif containing both Montblanc and the cathedral. As in model building, the proportions of the elements were tweaked to create a pleasing scene and balanced dial instead of slavishly respecting the actual scale of each object. 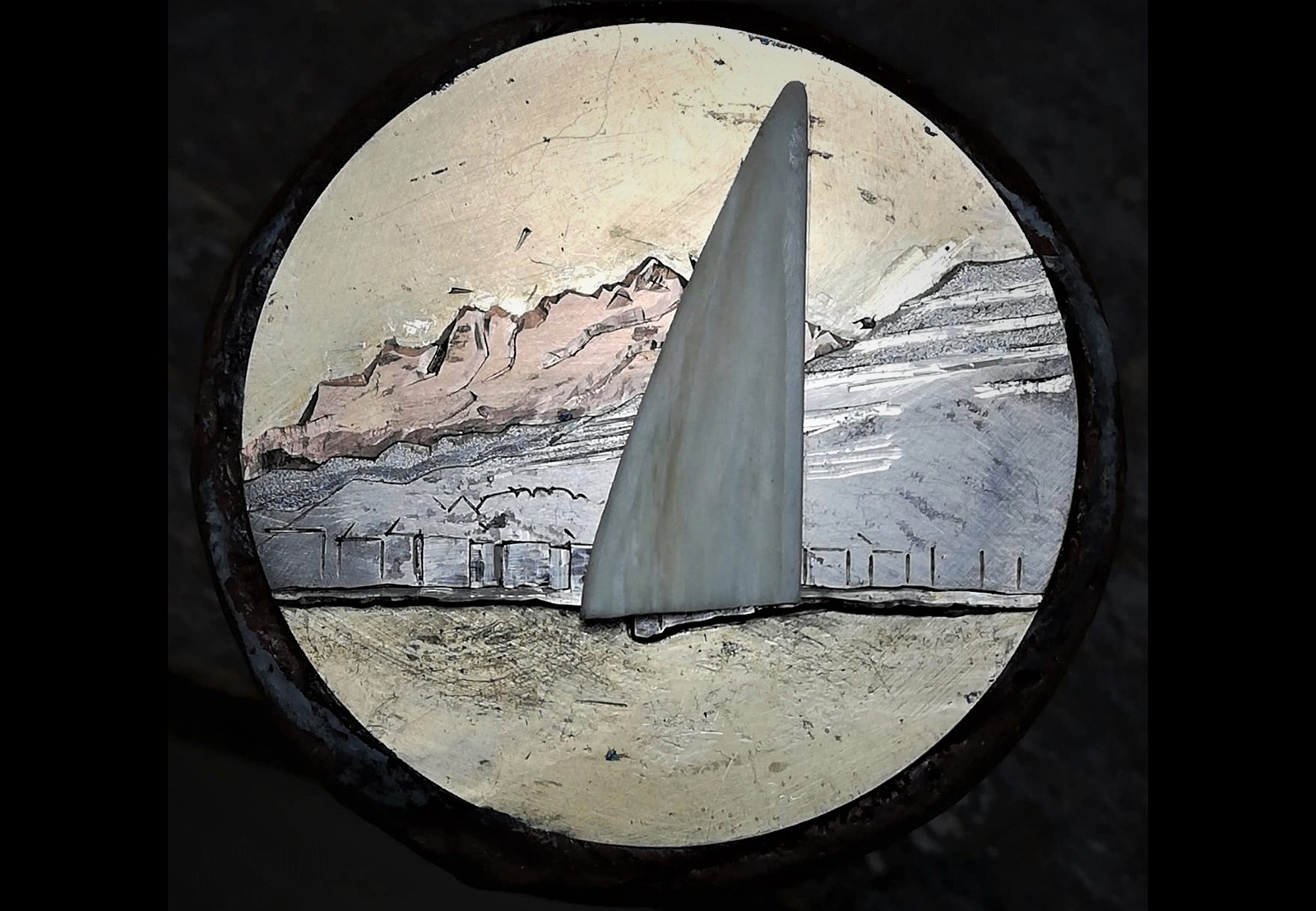 Engraving alone is not possible to create all the parts for such a dial. The engraver needs a keen eye to judge if the parts match and fit together in a pleasing way, and then to adapt and enhance each part until a coherent picture emerges. Even though Svend assembled the final dial, Kees decided how everything fit together in the course of producing the parts.

When Kees first presented the raw dial, with each element arranged in place, to Svend and Pierre-Alexandre, they thought the ship to be too big and out of proportion relative to the landscape. But Kees successfully defended his decision, and the result confirms his aesthetic intuition. On the other hand, Kees struggled to compromise between practical workability and reality in realising the halyards, the thin ropes connecting the ladders and masts. Being more than just a sculptor of metal, Kees also enjoys experimenting with different materials, and fossilised mammoth ivory from Siberia was the material of choice for the Jet d’Eau. It was a challenge to work the brittle mammoth ivory into a tiny component resembling a stream of water, but Kees managed to cut, sculpt and thin the thick piece of ivory into a near-transparent appliqué. Kees (left) and Svend at work

Svend, on the other hand, had some ideas in mind for the water and sky; he did not want to use paint, which would have been easy, but instead natural mother of pearl.

So he turned to local dial manufacturer GVA Cadrans, where he personally selected the pieces of mother of pearl to replicate the colours he had in mind. Then the dial maker cut two 0.40mm-high discs from the pieces of shell, which were used as base for the face, with all the engraved parts to be mounted on top. 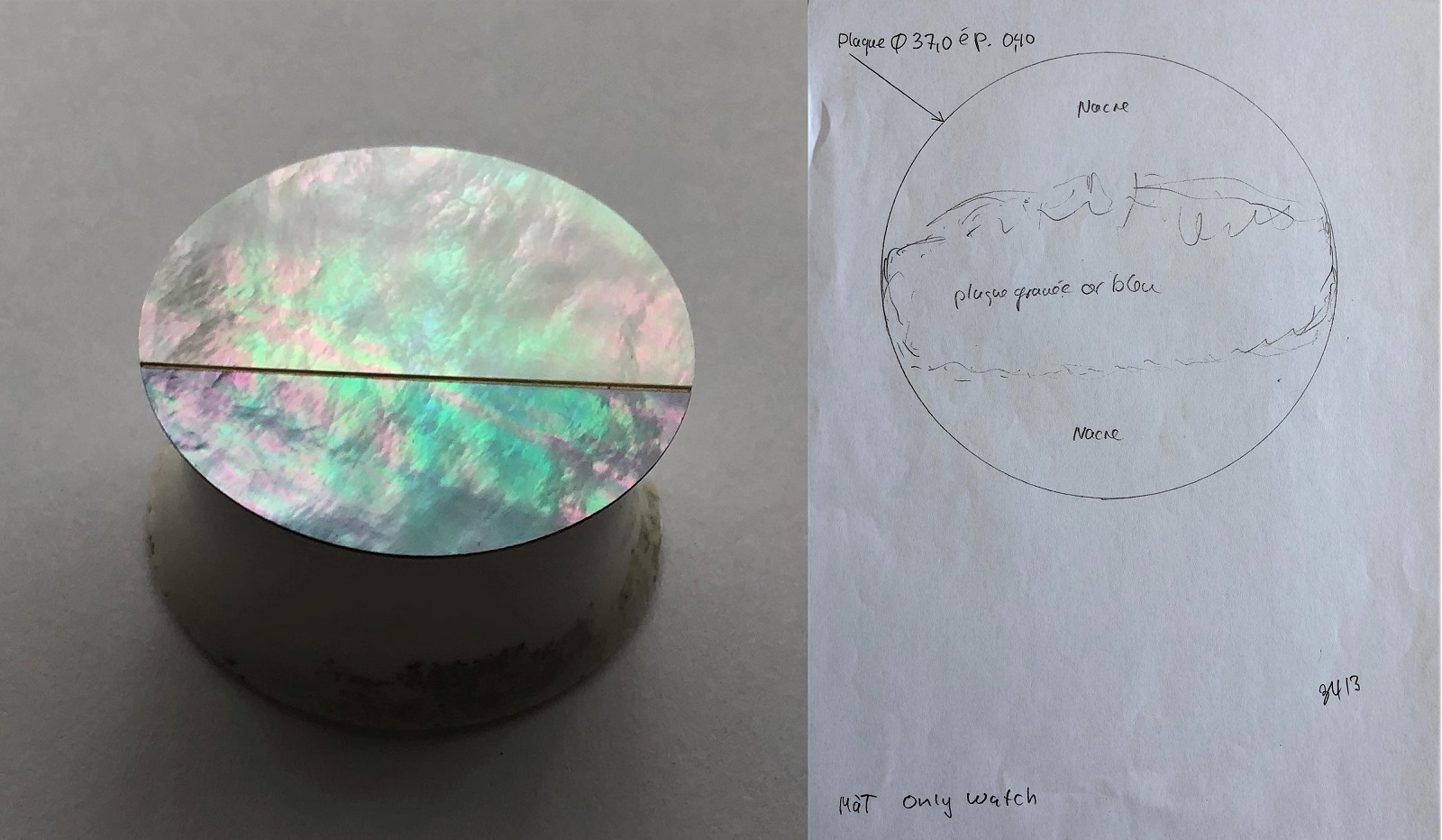 The pieces of shell (left) that form the base for the motif, shown on a sketch (right)

For Pierre-Alexandre, the goal was to create the feel of a typical autumn evening in the city, with the Montblanc drenched in the reddish hue of a setting sun, with the lower Salève and Old Town already in the shadow of dusk. So 18k red gold was chosen for Montblanc, while 21k blue gold was used to depict Salève and the buildings of the city. And lastly, 18k white gold was used for the paddle steamer sailing on the lake.

Blue gold is a special alloy of yellow gold, iron, and a tiny bit of nickel that was invented and patented in 1988 by Ludwig Muller, a Geneva jeweller. Andersen Genève has the exclusive use of the material for watchmaking, but employs Muller’s son, Martin, for the propriety process of flame heating. By heating the alloy to 450-600 degrees Celsius, the iron molecules rise to its surface and oxidise, giving the surface a subdued blue tone. 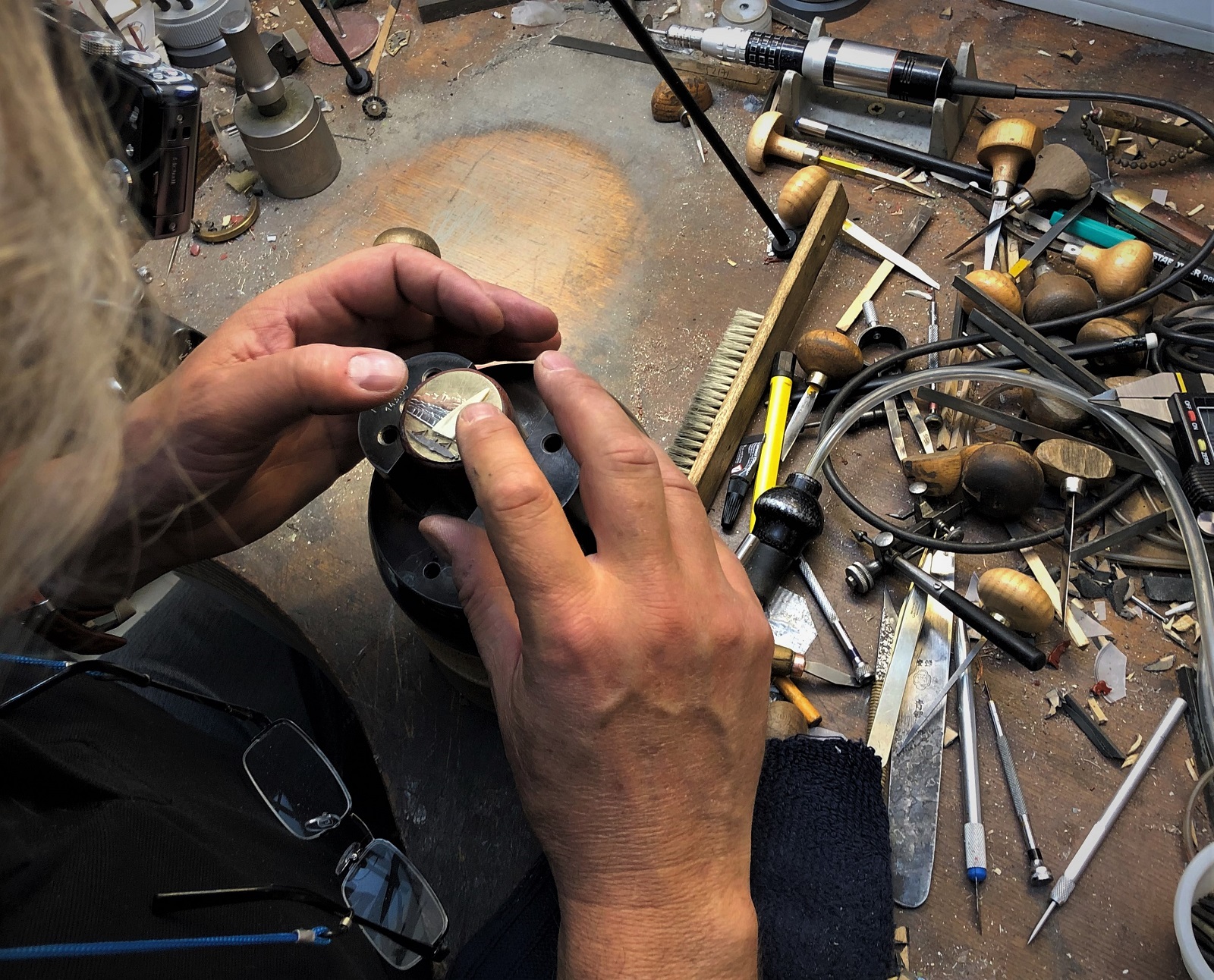 But Kees is able to do more than engraving in his workshop. Because he builds his own line of watches, he also has hand-operated machinery of the sort not usually expected in an engraver’s studio, dedicated to producing watch cases.

Kees took over the premises of Geneva case maker Jean-Pierre Scherrer when the latter retired to Brazil. Despite his retirement, Mr Scherrer retained his hallmark and still builds one-off watch cases for bespoke wristwatches occasionally, as he did for the Montre à Tact for Only Watch. Back in the day, Mr Scherrer and Jean-Pierre Hagmann (who now works with Akrivia) were the go-to craftsmen for major brands in Geneva and the Vallee de Joux that needed prototype and custom cases built by hand. Kees Engelbarts at work in his workshop Building watch cases the traditional way, which is to say by hand, requires few machines. A lathe, a cutting machine and a drill press are needed to make the raw parts, but the rest is pure hand craftsmanship done at a bench, using methods similar to that of a jeweller.

The outline in building the Montre à Tact case were straightforward: the front and back bezels were soldered to the fluted case band, then the individual lugs were inserted into the case band and soldered on. The movement remains accessible through the case back, which is press fitted into the case middle and sealed with teflon gaskets. The case back in progress, with drawings outlining the required hand-engraving for the text

At the same time, Svend has his own machine shop to complete all the work required in bespoke watchmaking. Gears, pinions, plates and bridges can be made in-house, and also heat treatment for blueing of steel parts.

So Svend was able to complete the final steps in finishing and refining the case. The master himself sat down to finish the case back, applying the poli et brossé, or “polished and brushed”, to create a combination of contrasting mirrored and satin surfaces. There is nothing more authentic than a group of longtime friends – all specialists in their fields – working together to create a unique piece for a good cause.

I like the final result not only for its hand-made nature, but also for the natural hues of the materials used. Mastering the use of these materials and their colours, brings the concept of artisanal work to another level for me.

And the appeal also lies in the preparation for the artisan work. Kees’ work is not executed on a pre-engraving, essentially a template lightly etched by laser that is then traced by hand, as is often the case; he starts from scratch and engraves freehand. Yet he managed to create the town and its buildings replete with details, while being able to highlight the completely different characters of the two mountains in the background. To be honest, I was initially a bit piqued to see with how much effort Svend was expending on the Only Watch creation while my bespoke watch, commissioned well before Only Watch, seemed to drag on and on.

But, upon reflection, it was actually reassuring. Not just because Only Watch and its donors deserve watchmakers’ support, but the effort they put into creating watches for charity reassure that I can be demanding with my next commission. For bespoke work it really helps to have excellent, local specialists who work well together, as the Andersen Genève Only Watch amply illustrates. To discuss a project with them, all sitting around a table covered in samples and mockups is not only efficient but also inspiring.

The Andersen Genève Montre à Tact Only Watch 2019 has an estimate of 50,000-55,000 Swiss francs, and will be sold by Christie’s in Geneva on November 19. The rest of the auction catalogue can be seen on onlywatch.com.

Update November 11, 2019: the Andersen Genève Montre à Tact sold for 70,000 Swiss francs, with no fees since it was a charity auction.