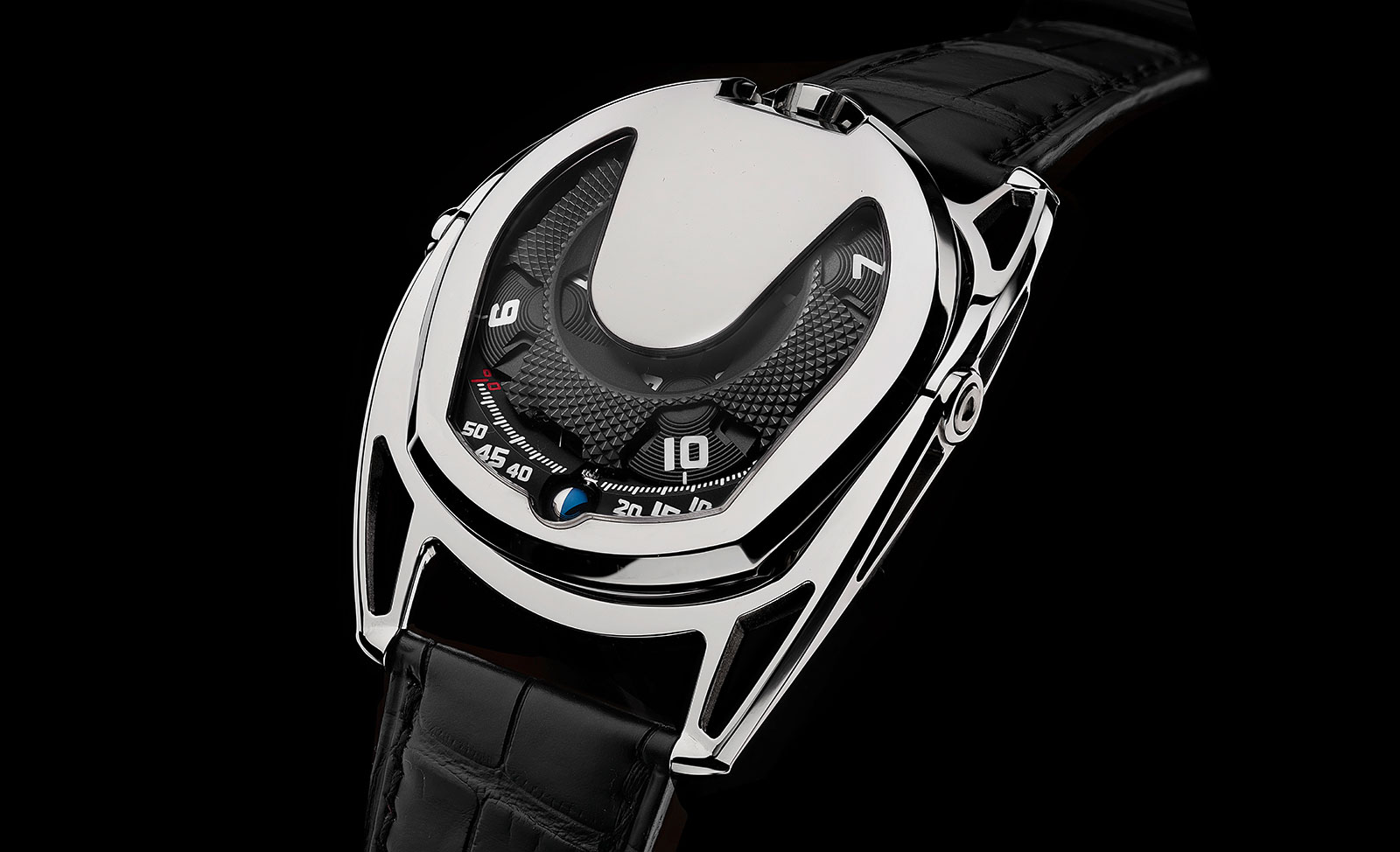 When Urwerk cofounder Felix Baumgartner was in town recently to launch the UR-100 SpaceTime, I quizzed him on the De Bethune and Urwerk collaboration for Only Watch 2019. While the other brands taking part in the charity auction had already unveiled photos or renderings of their respective creations, Urwerk and De Bethune only offered a pen drawing.

Felix replied that the movement had been completed and delivered to De Bethune some weeks ago, and Denis Flageollet, De Bethune’s resident technical genius, was working on building the one-off titanium case. And now Mr Flageollet has completed the watch, and this is it. 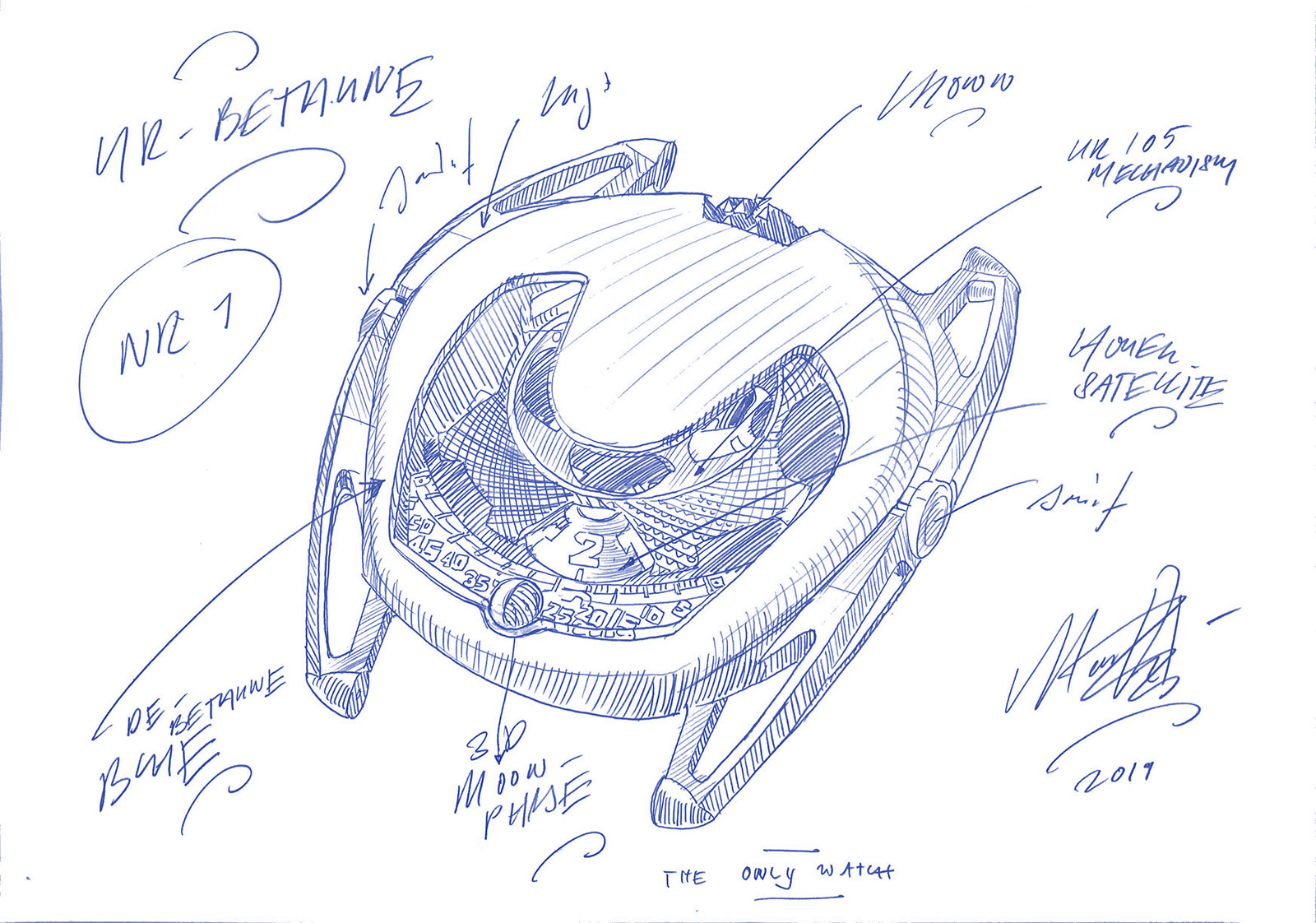 The meeting of minds

Named the Moon Satellite, the watch is essentially an Urwerk wandering hours time display module – with the time indicated on satellites – mounted on top of a hand-wound De Bethune movement, resulting in the cal. DBUR2105.

Visually the movement is trademark De Bethune. The calibre has a delta-shaped barrel bridge that is entirely mirror polished, as is the base plate, one of the most distinctive movement treatments of De Bethune. And in striking contrast against the polished surfaces, the balance and shock absorber bridges are in blued steel. 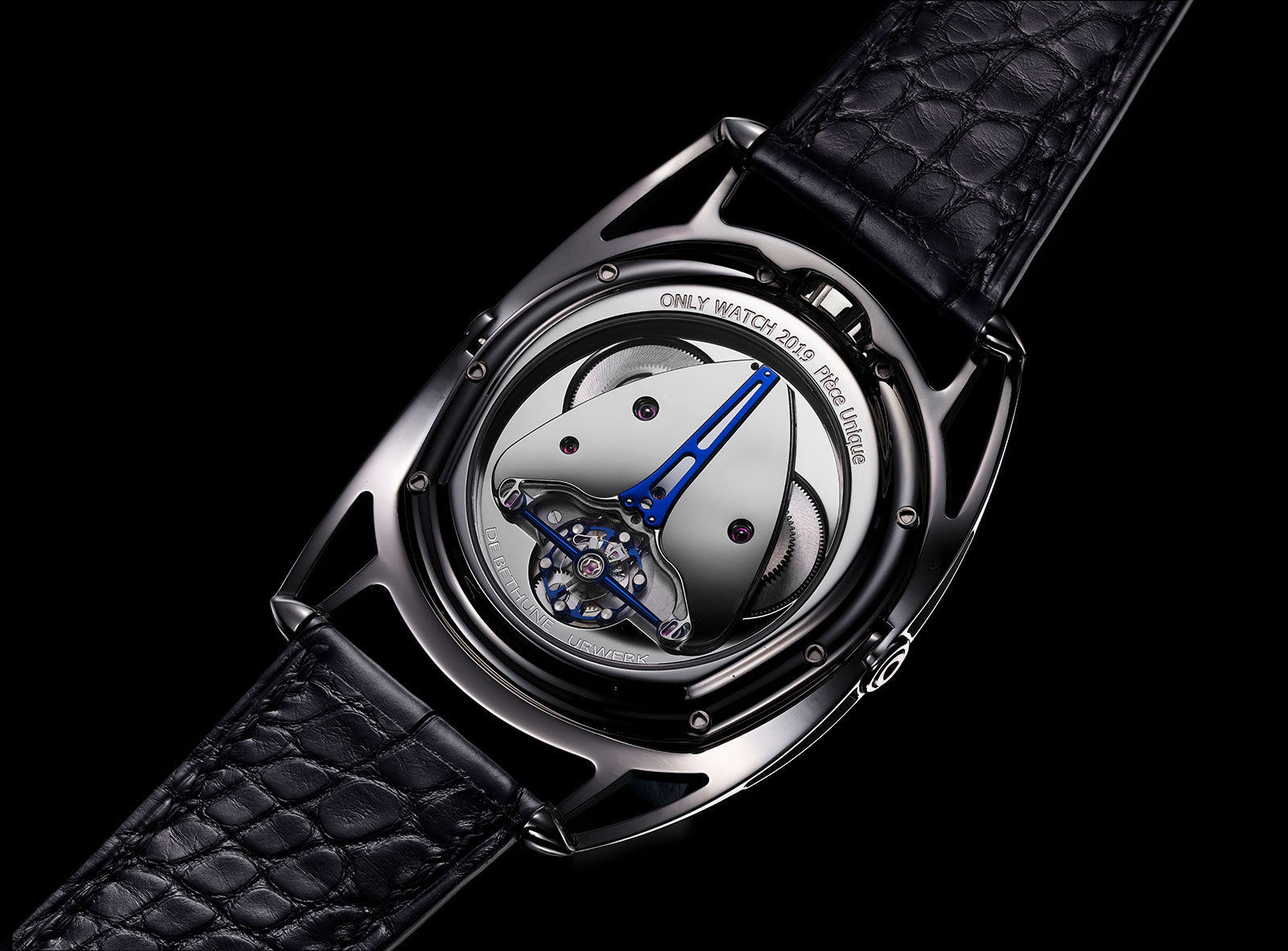 But the time display is vintage Urwerk, especially since it is shown in a U-shaped window that harks back to the UR-103 watches of the early 2000s, the foundational models of Urwerk. 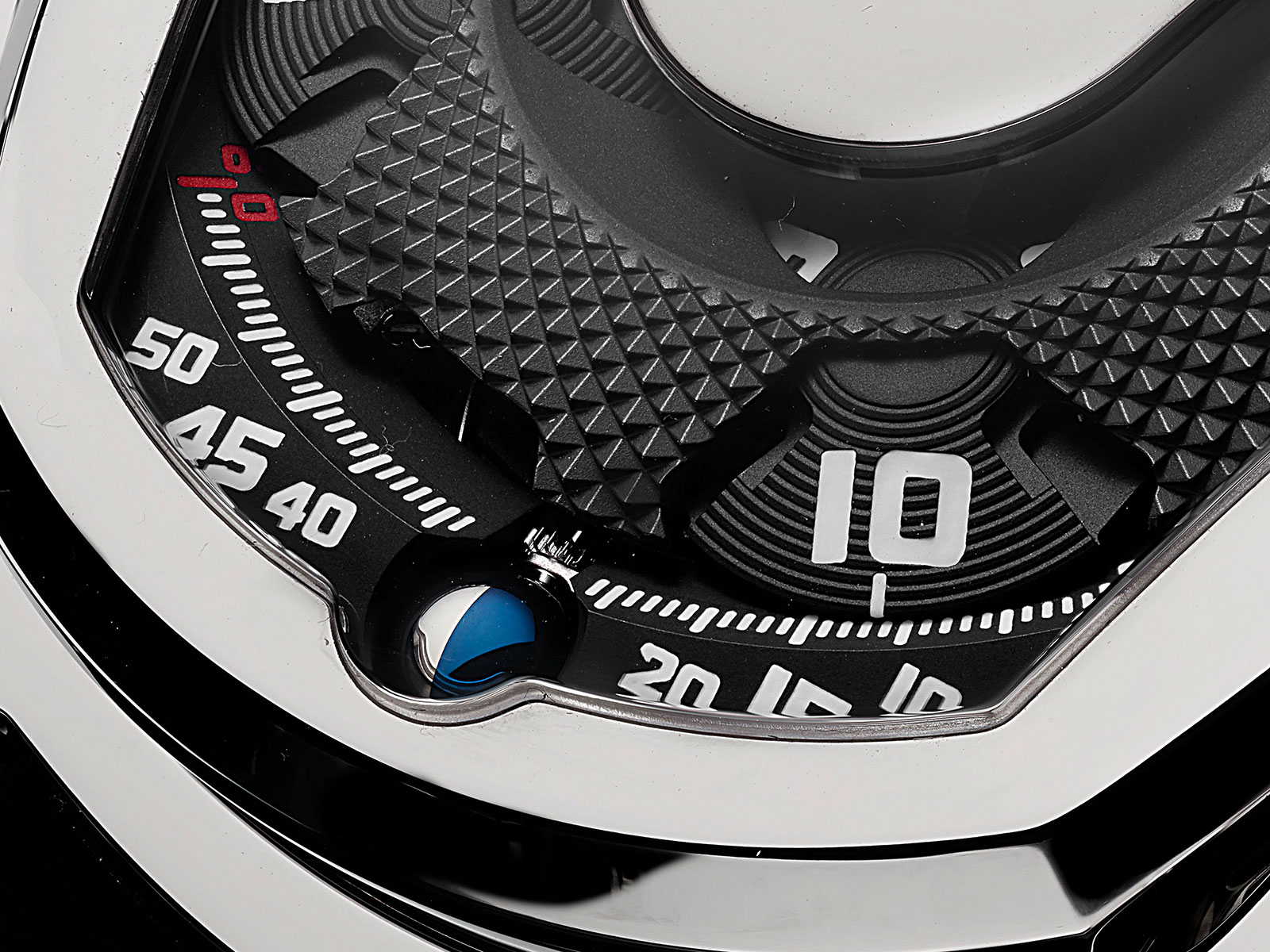 The combined calibre is housed inside De Bethune’s signature DB28 watch case with airy, spring-loaded lugs. Made entirely of mirror-polished titanium, the case is 43mm and 13.3mm high, making it comparable in size to the standard De Bethune DB28. 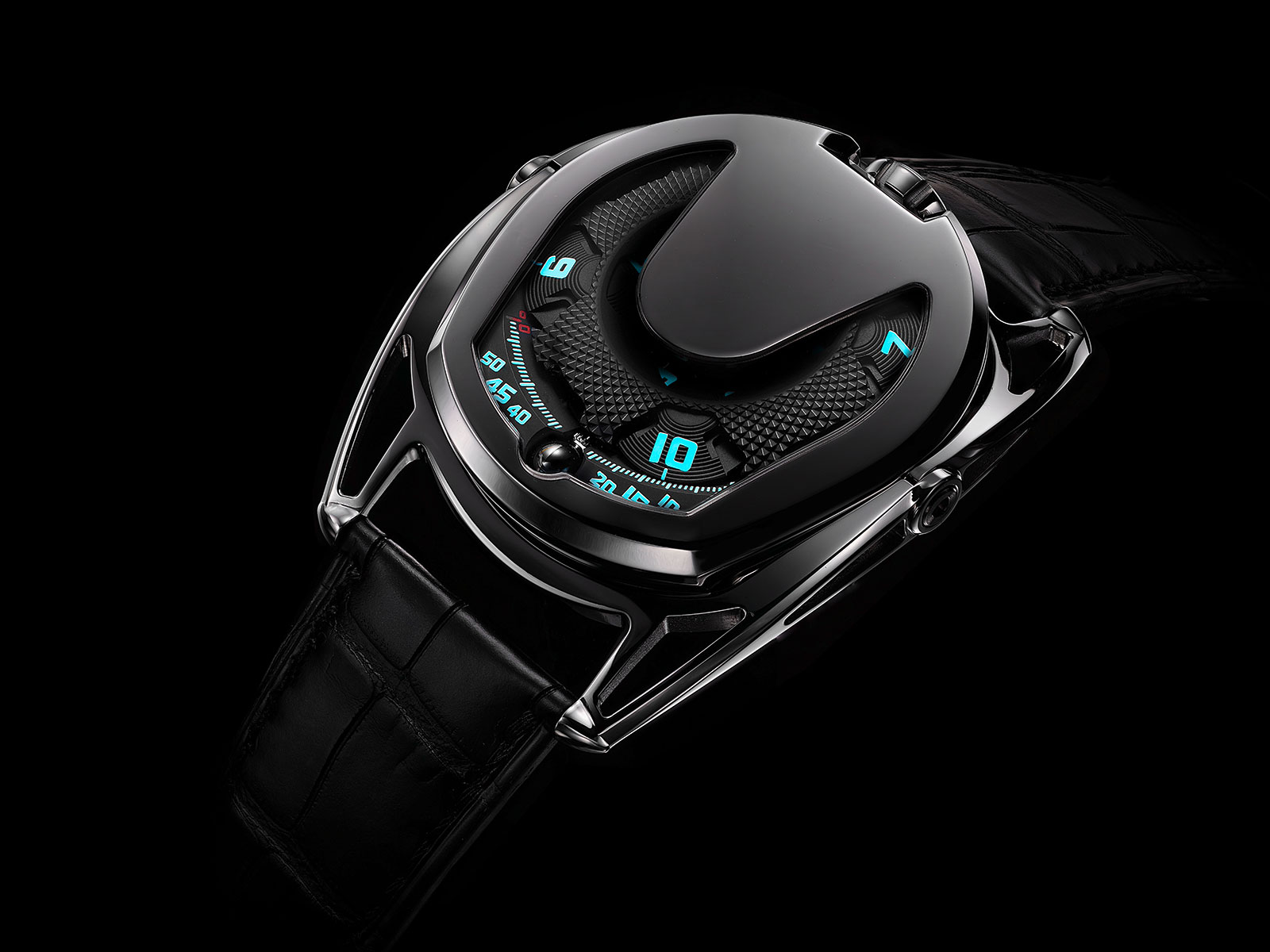