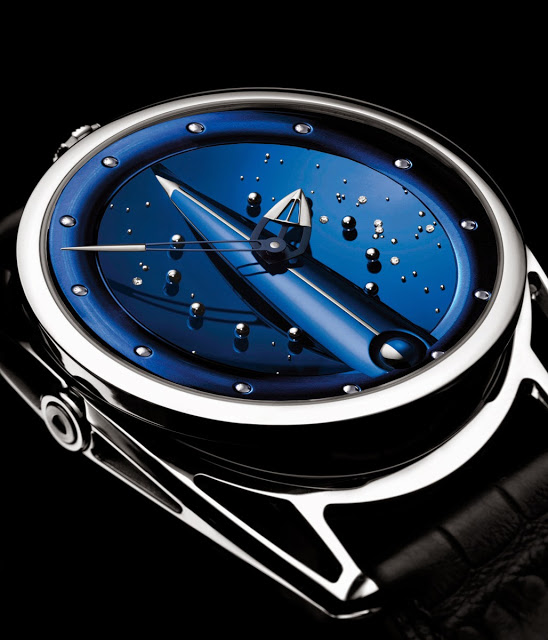 A unique version of its DB28 Skybridge is De Bethune’s contribution to the Only Watch 2013 charity auction. Its blued titanium dial shows the night sky over Monaco on its national day. The De Bethune DB28 Skybridge MC is a unique version of the stunning DB28 Skybridge unveiled earlier this year. This Only Watch version has a 43 mm platinum case with the brand’s signature titanium spring-loaded lugs, while the regular Skybridge has an all titanium case. Also different is the chapter ring, which is also blued titanium to match the dial of the Only Watch edition. In the regular edition the chapter ring is frosted titanium.  Interestingly the night sky depicted on the concave dial is identical for both the Only Watch version and the regular edition. Both show the night sky, with the stars in white gold and diamonds, above Monte Carlo on 19 November 1857, which is the principality’s National Day. The dial recalls the DB25 made for Only Watch 2011, which also depicted the night sky of Monaco on another significant date.