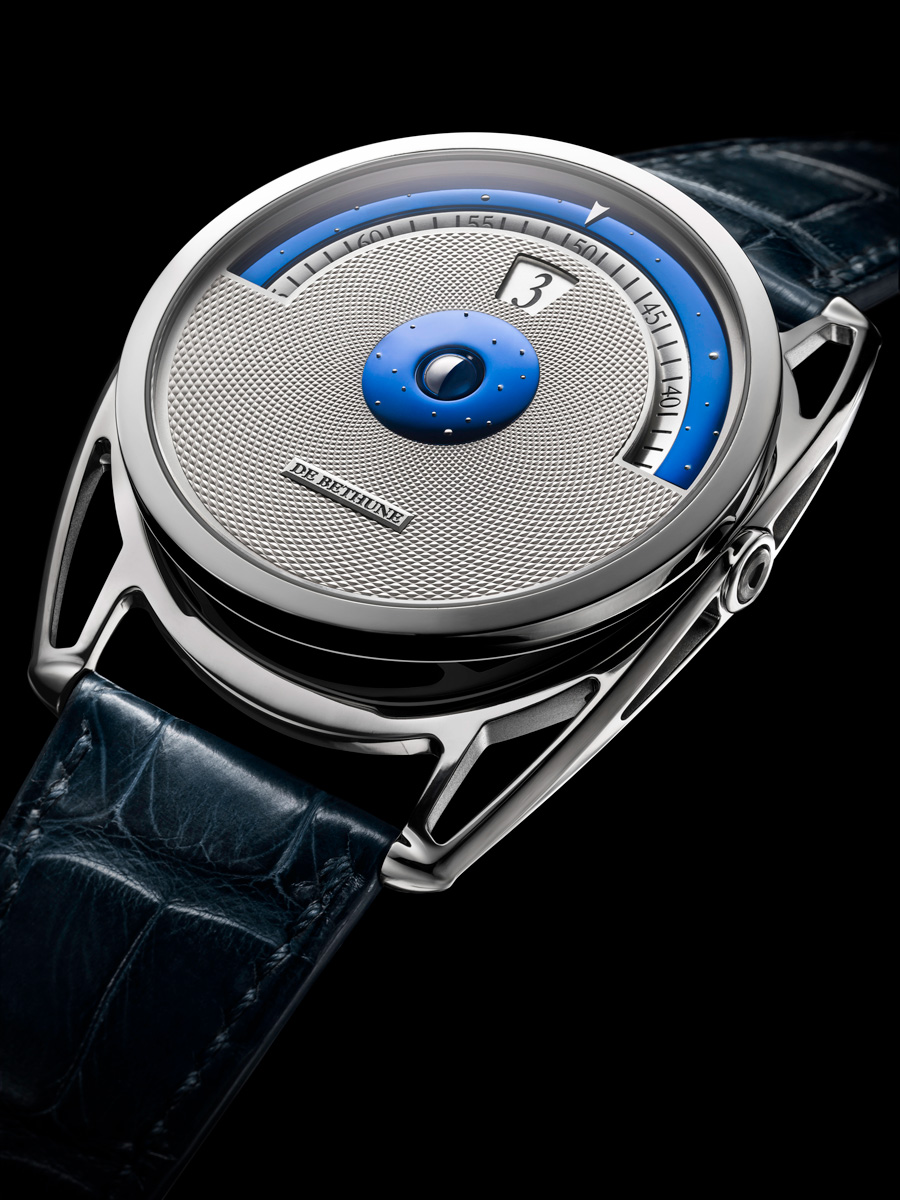 The De Bethune Digitale combines the new and old in typical De Bethune style, with lots of polished surfaces and blued titanium. It is a jump hour with a wandering minutes, comprising rotating disc for the minutes indicated by an arrow at 12 o’clock. A blued titanium crescent set with white gold stars sits outside the minutes disc, representing the night sky.

Below the jump hour aperture is a blued titanium insert and in its centre, two half-spheres, one in palladium and the other in blued steel, combined to form a spherical moon display, a De Bethune invention. The moon phase is accurate to a day in 1112 years, though the nature of the moon phase means it is almost impossible to set precisely. The front of the watch is covered with a barleycorn guilloche, much like how vintage pocket watches were decorated. The 45 mm case is titanium with the spring-loaded lugs found in all DB28 models, with the crown at 12 o’clock. Visible through the sapphire back is the DB2144 movement, a hand-wound calibre with a five day power reserve. It features several of De Bethune’s innovations, including a silicon and white gold balance wheel, a silicon escape wheel and the triple pare-chute shock absorber for the balance. Notably, the DB28 Digitale is actually the second digital display watch from De Bethune, the first was the DBS Digitale, similarly pocket watch inspired but less striking visually.  The DB28 Digitale retails for 95,000 Swiss francs before taxes, equivalent to about US$104,000.