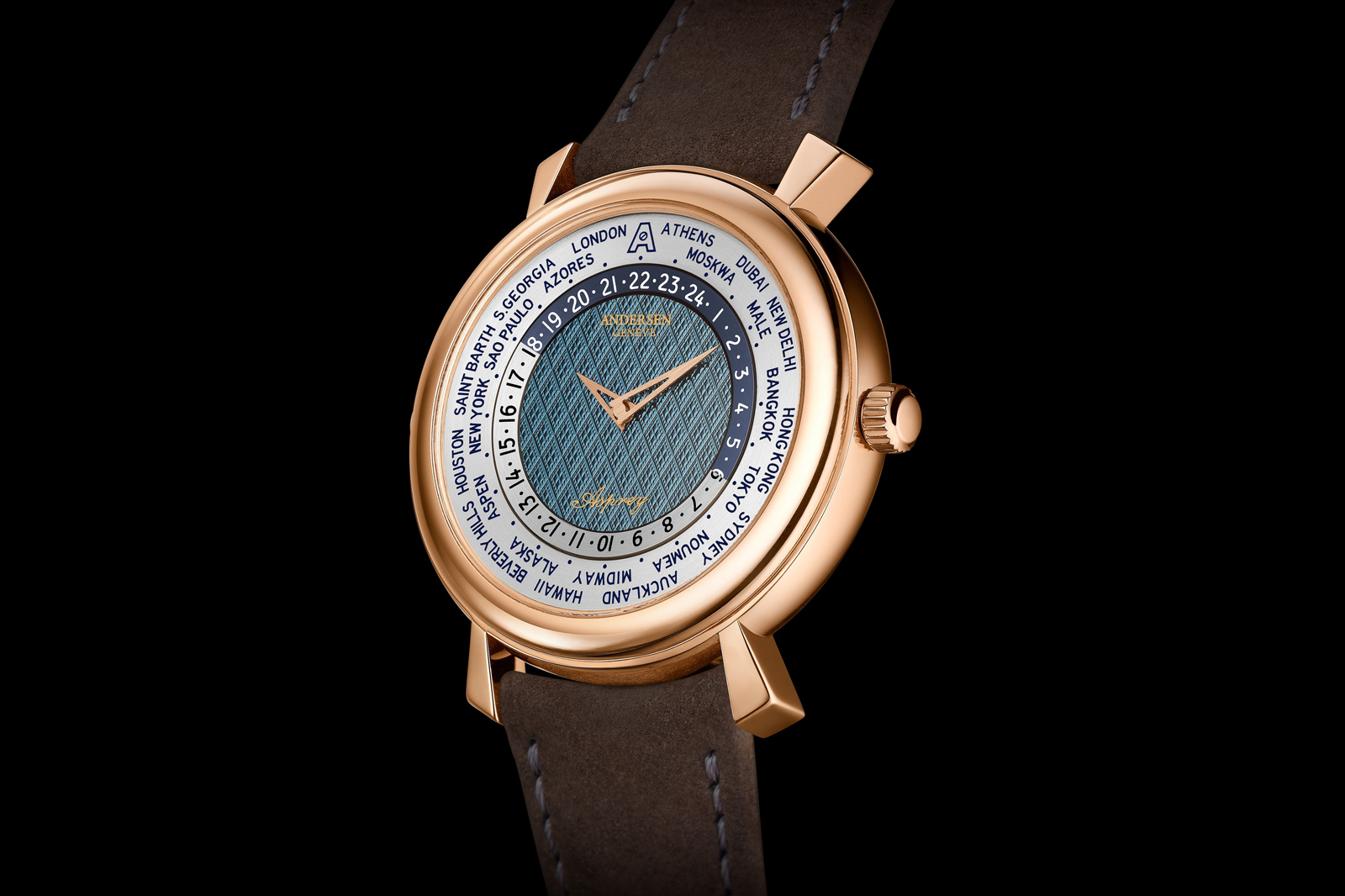 Once a London institution that’s been in business for over two centuries, Asprey was a storied retailer of all manner of luxury goods in its heyday. Now owned by an American private outfit, Asprey has lost its lustre, but on vintage watches the name still carries magic – a 1950s Patek Philippe ref. 2499 bearing the Asprey logo on the dial sold for a record sum in 2018.

Now Andersen Genève is trying to recapture some of that magic with a double-crown world time wristwatch made made specifically for the London retailer: the Heures du Monde “Asprey” with a blue-gold guilloche dial bearing the Asprey signature at six. 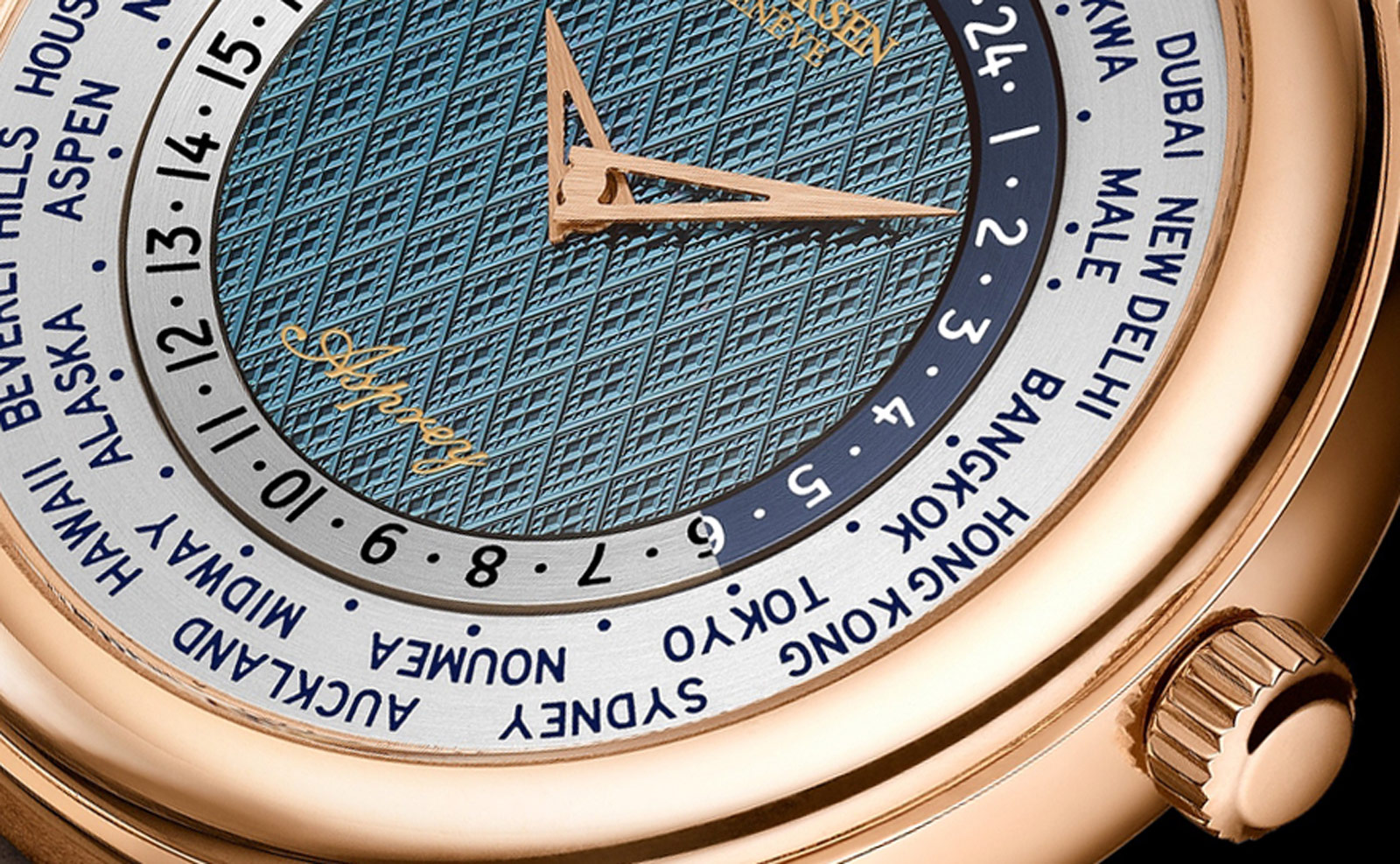 The Asprey world time has a look of Andersen, an old-school, classical style that brings to mind the 1980s and 1990s. For anyone who likes that retro style, it’s a good thing since there are not many modern-day watches with such aesthetics.

Still, being a special edition, the Asprey world time has to set itself apart. It does so only modestly, first with the flared lugs that were previously only used for other Andersen models, and second with the hand-made guilloche dial with a unique lozenge pattern in Andersen’s signature “blue gold”. 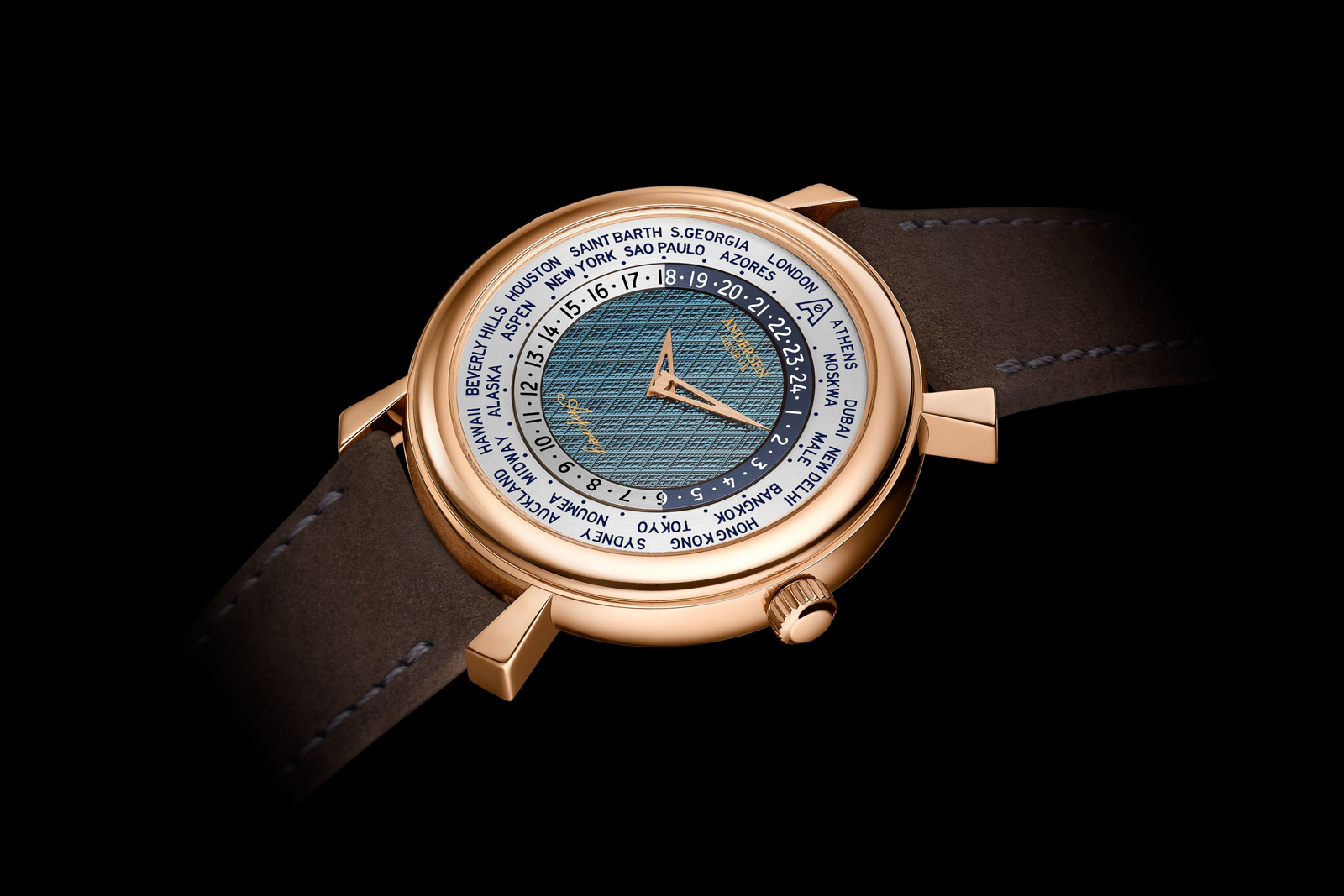 But arguably the most important element is the signature at six o’clock, one that echoes vintage, retailer-signed world time watches from the likes of Patek Philippe and Vacheron Constantin. With double-signed watches having mostly gone extinct due to the strength of watch brands (and sometimes the weakness of retailers), the Asprey signature is certainly a rarity in contemporary watchmaking and adds a bit of vintage flavour to the watch.

But given the faded Asprey brand, the logo is more sentimental than significant. That said, at about US$50,000, the Asprey world time doesn’t cost that much more than the standard model, which makes it a fair proposition for someone seeking an Andersen world time with a difference.

Svend Andersen, the eponymous founder of the Andersen Genève, has been making custom watches for over four decades. While Mr Andersen sold the brand several years ago to its current owner, his namesake brand still remains a small-scale operation dedicated to custom watches largely made with traditional techniques.

That approach is easily evident in the brand’s watches. Though the case of the Asprey world time is relatively simple, it is produced in an artisanal manner. The trapezoidal lugs are individually soldered to the case middle, a manual process typical of traditional case making and more tedious than the efficient milling processes prevalent today. 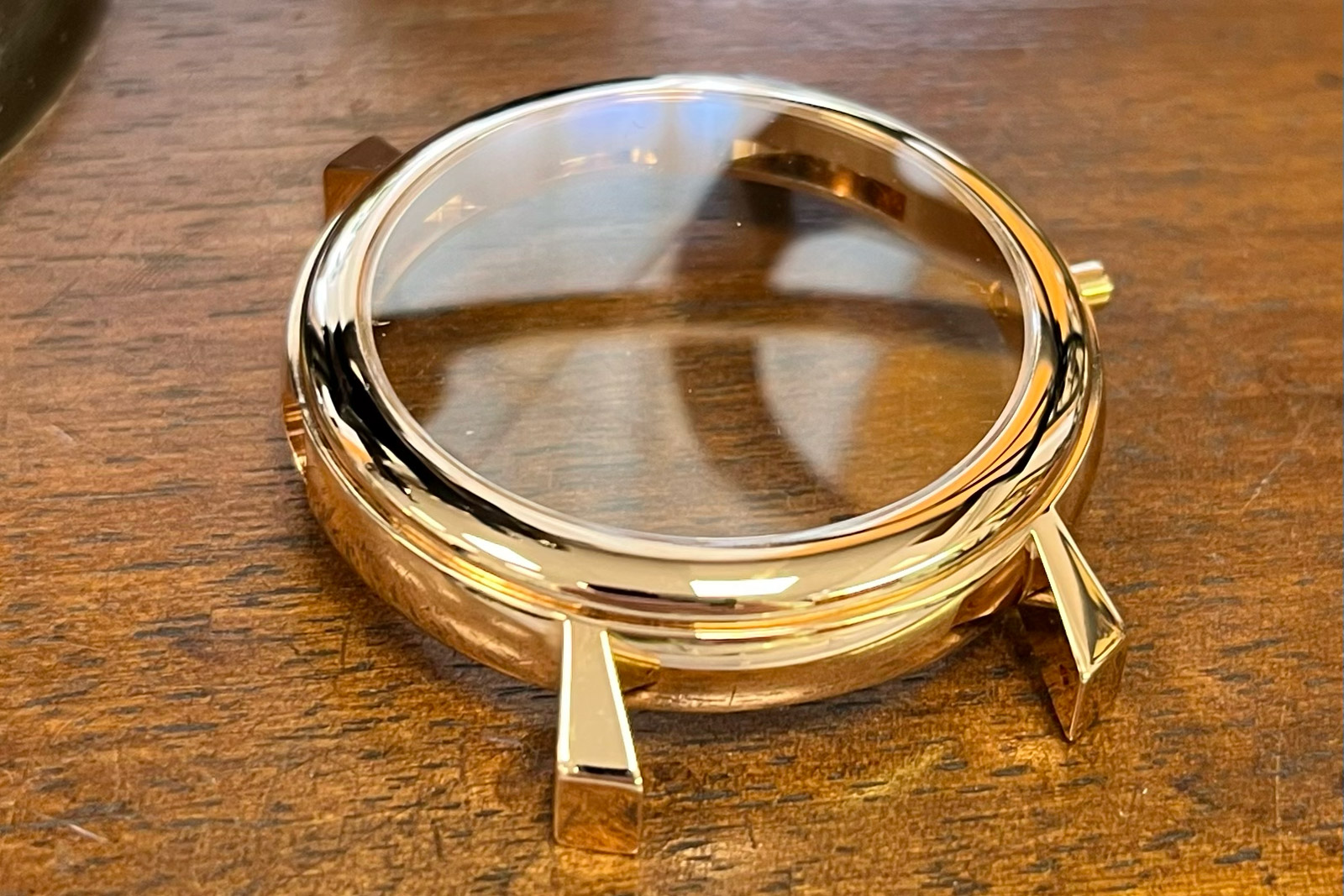 Another highlight of the case are the crowns, one at the conventional three o’clock position and the other smartly hidden in a recess.

Both crowns, however, are finished in the same manner: first relief engraved with an “A”, then polished and hand-hammered to create a dimpled surface that resembles a frosted finish from afar. 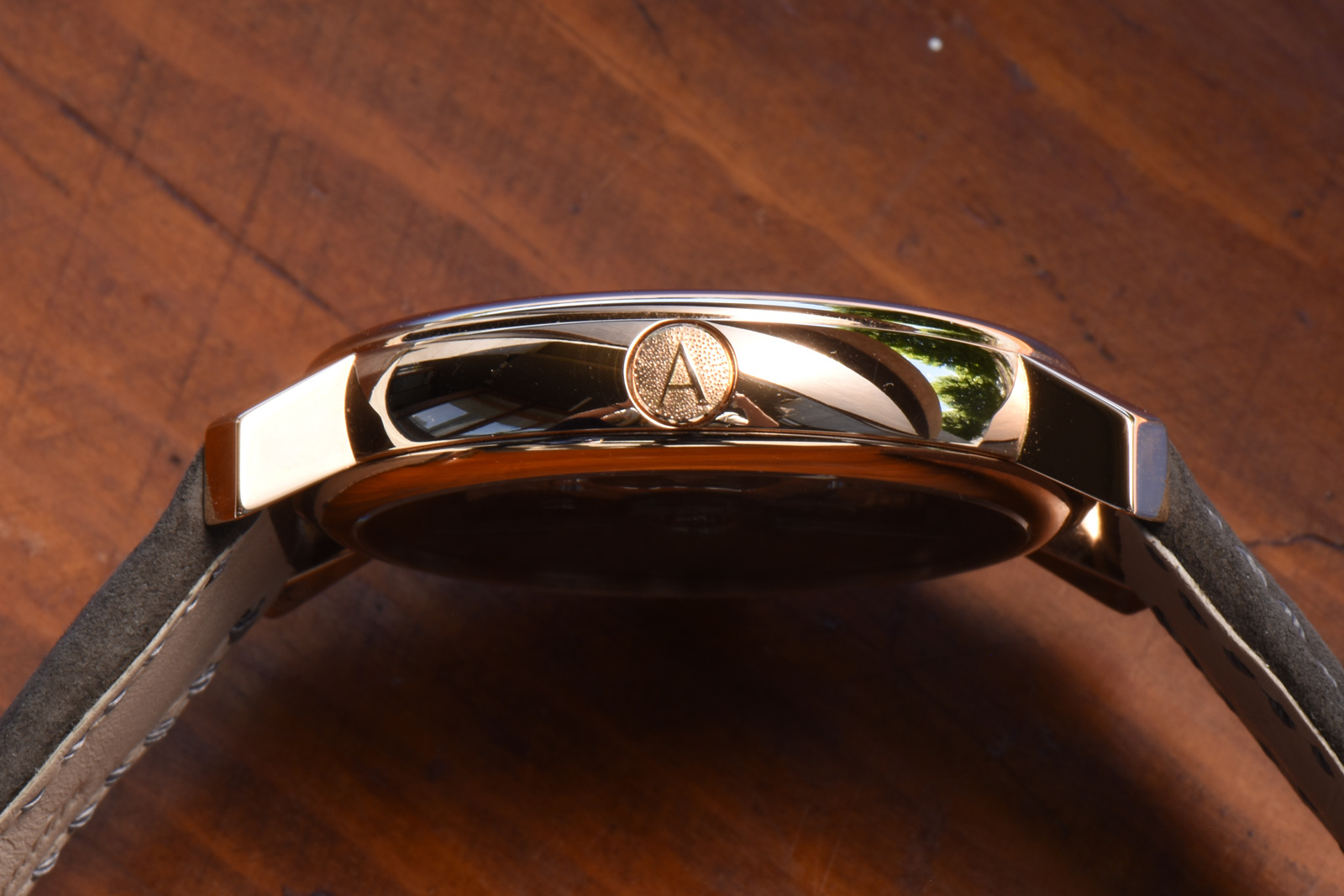 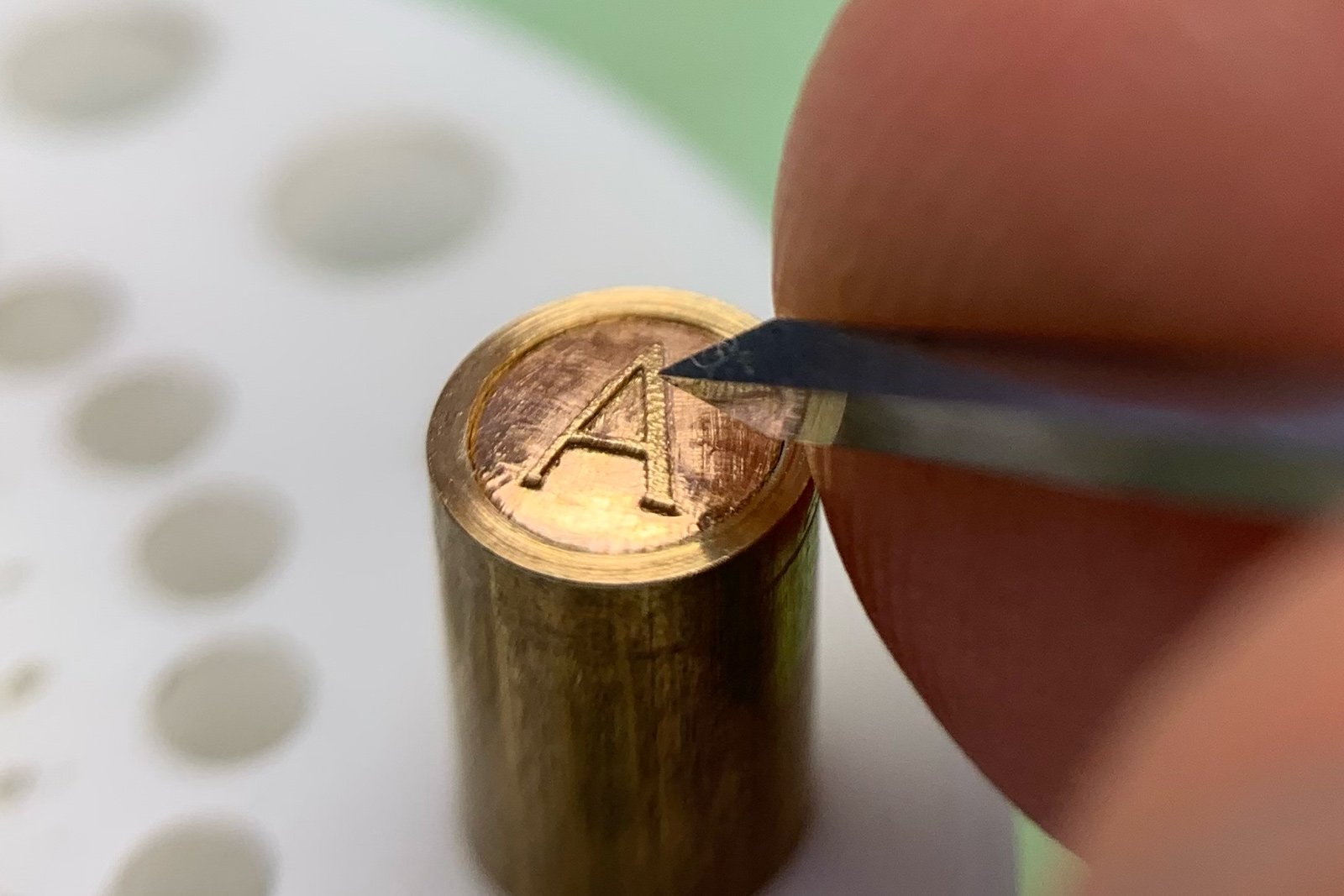 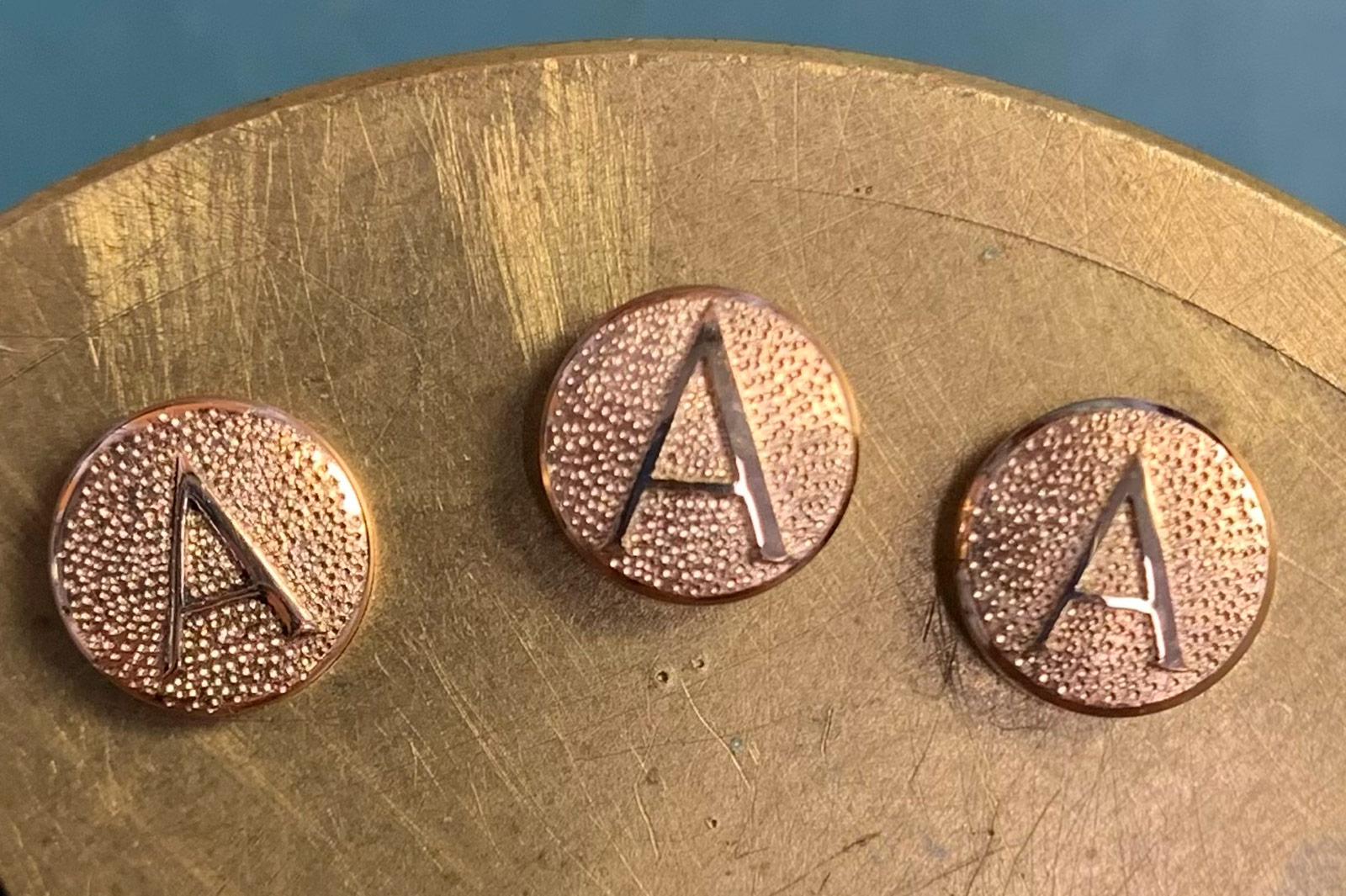 Being decorated by hand, each crown is slightly different 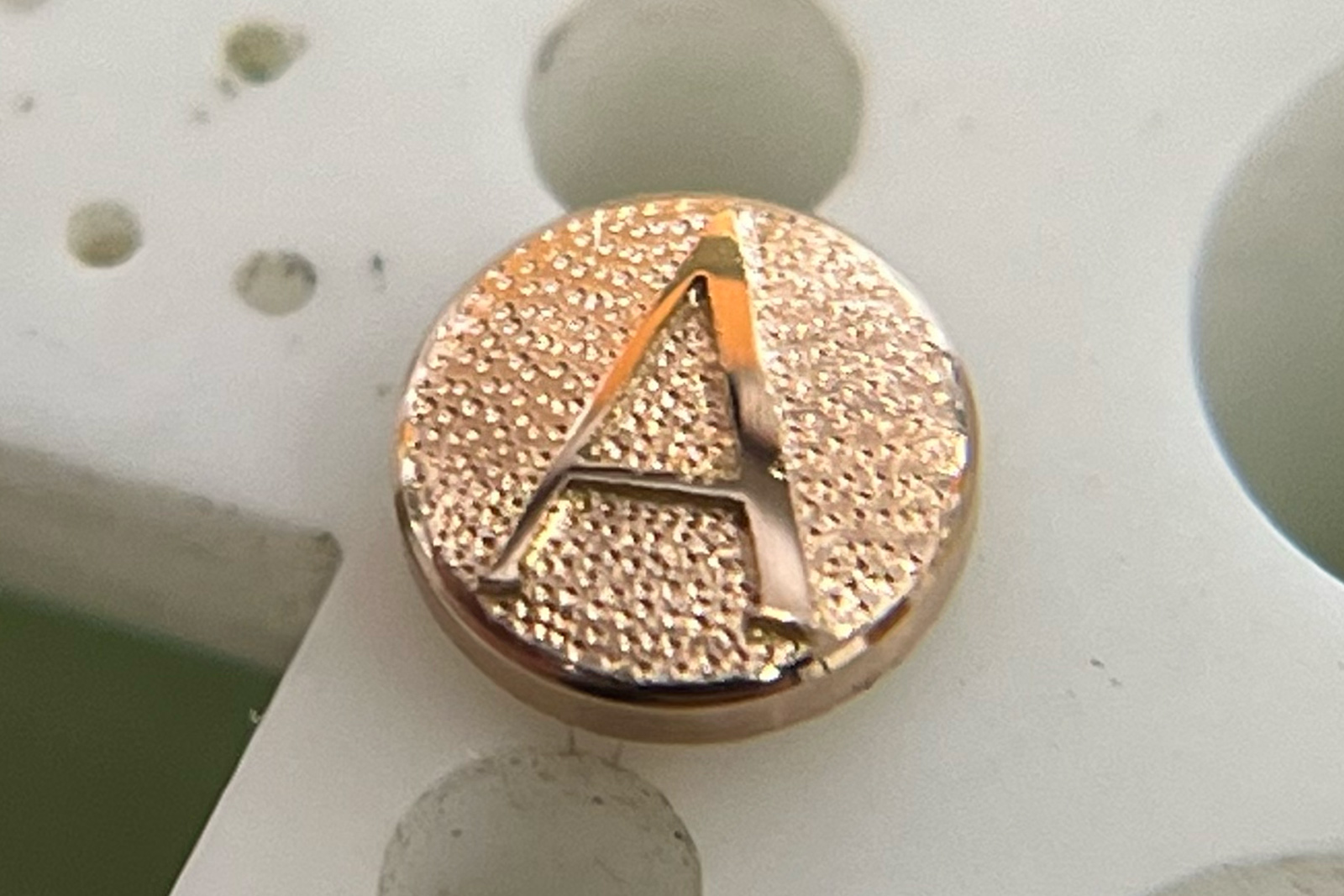 Each crown also sports a polished bevel along its edge

Inside the Asprey world time is the brand’s go-to base movement, the vintage A. Schild (AS) 1876. It’s a manual wind calibre from the 1960s that’s been thoroughly refinished and fitted with Andersen’s own world-time module.

Even though the AS 1876 was originally a no-nonsense workhorse, it’s been dressed up by Andersen. The highlight is the guilloche rotor of blue gold that’s been engined turned by hand to create the same lozenge pattern found on the dial. 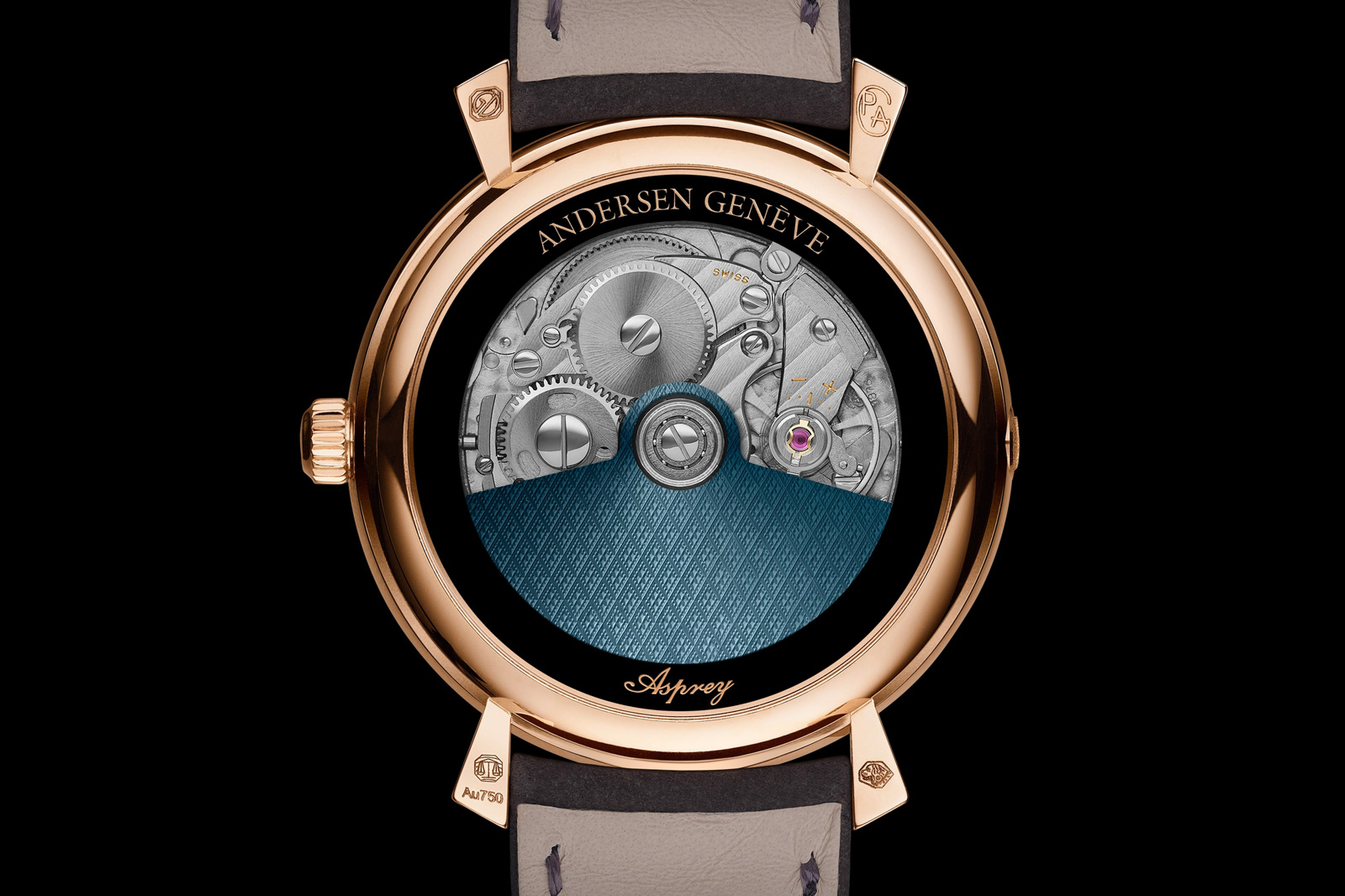 Another decorative flourish is the ring of black jade mounted over the movement spacer. Bearing the two brand names in gilt print, the black-jade ring creates a striking contrast between the rose gold case and rhodium-plated movement, serving both as a frame for the movement and border for the case. And it cleverly hides the fact that the movement is small relative to the case. 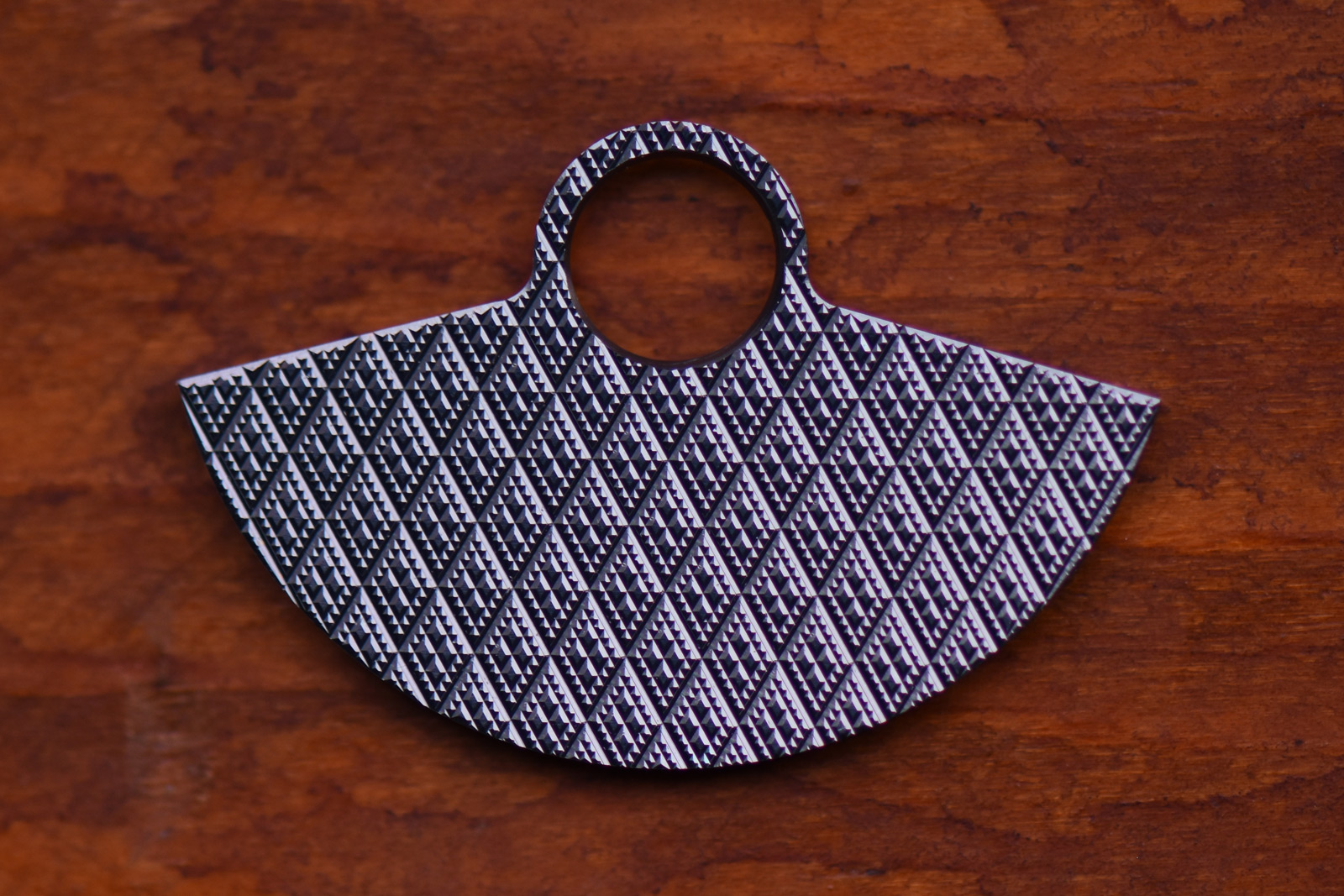 The intricate guilloche on the rotor

Limited edition: 24 pieces
Availability: Only at Asprey
Price: Starting at about CHF48,800 before taxes, with customisation extra