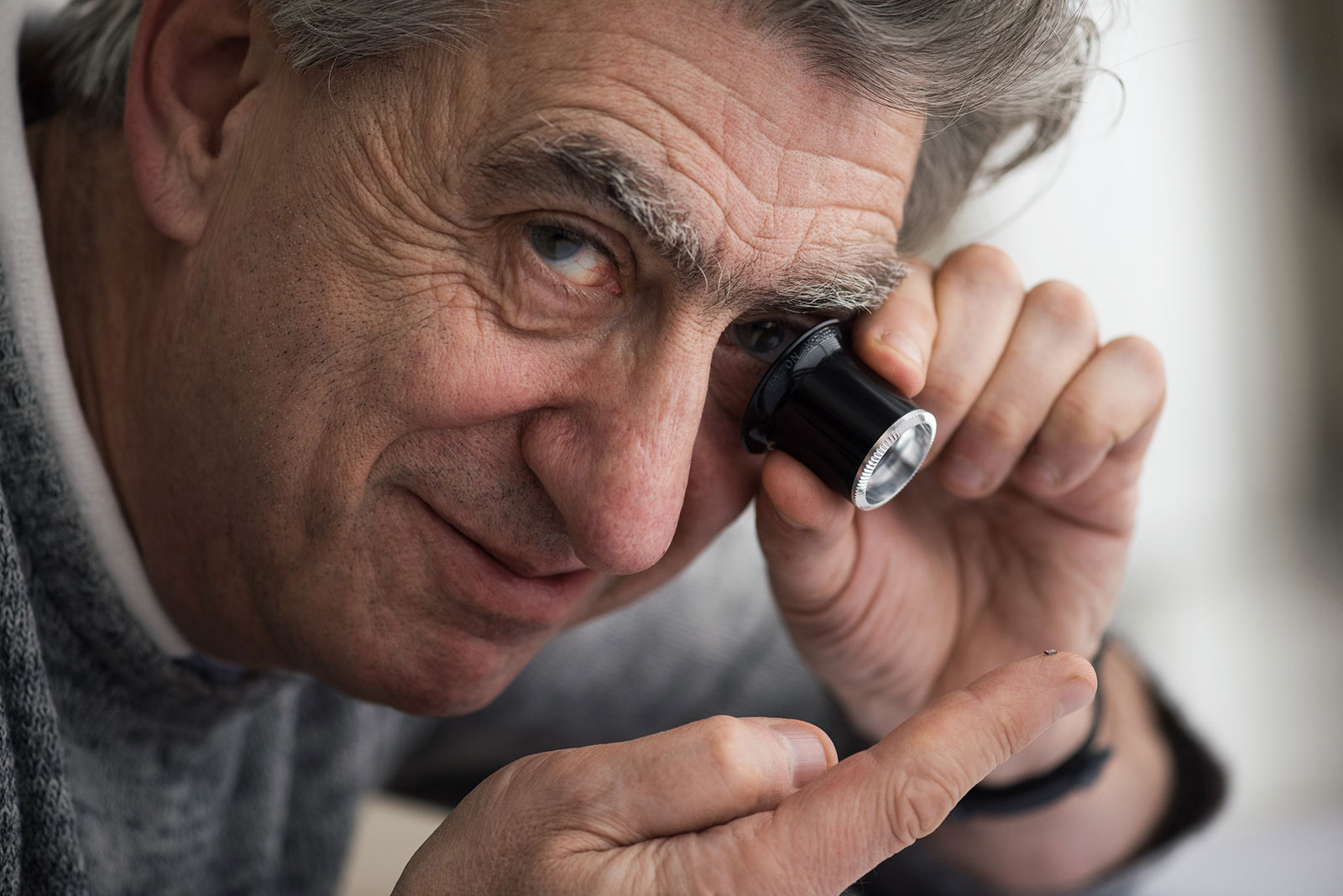 Swiss watch conglomerate Swatch Group, owner of brands like Omega and Longines, has just premiered its latest product: a Bluetooth chip that’s the smallest ever, measuring just 5mm2, about a third the size of a grain of rice. Not only is it the tiniest on the market, the the new chip also boasts the lowest energy consumption, according to Swatch. And the new chip is faster than the competition, which will improve the speed of the devices it is installed in.

Compatible with Bluetooth 5, the latest standard for the wireless technology, the chip (modelled above by Swatch chief executive Nick Hayek) is intended for electronic devices as well as the Internet of things, everyday objects connected to the internet to make them work better, like automated lighting or a thermostat that knows the weather outside. While the core business of Swatch Group is watches and watch movements, it has been making efforts to diversity into technology, namely smart watches and electric car batteries, in the face of slumping profits in the luxury watch business.

The chip is the result of a partnership between Swatch Group, including its subsidiary chipmaker EM Microelectronic, and the Swiss Center for Electronics and Microtechnology (CSEM), a Swiss research institute. It’s one prong of a push by Swatch and CSEM to create a Swiss ecosystem for the Internet of things, encompassing hardware – along with watches, naturally – as well as software, including a proprietary operating system.

Despite having dubbed itself Swiss Silicon Valley – its home is a valley that’s the heart of Swiss watchmaking – Swatch and its partners are still far from the building the strengths that the real Silicon Valley has accumulated over time. 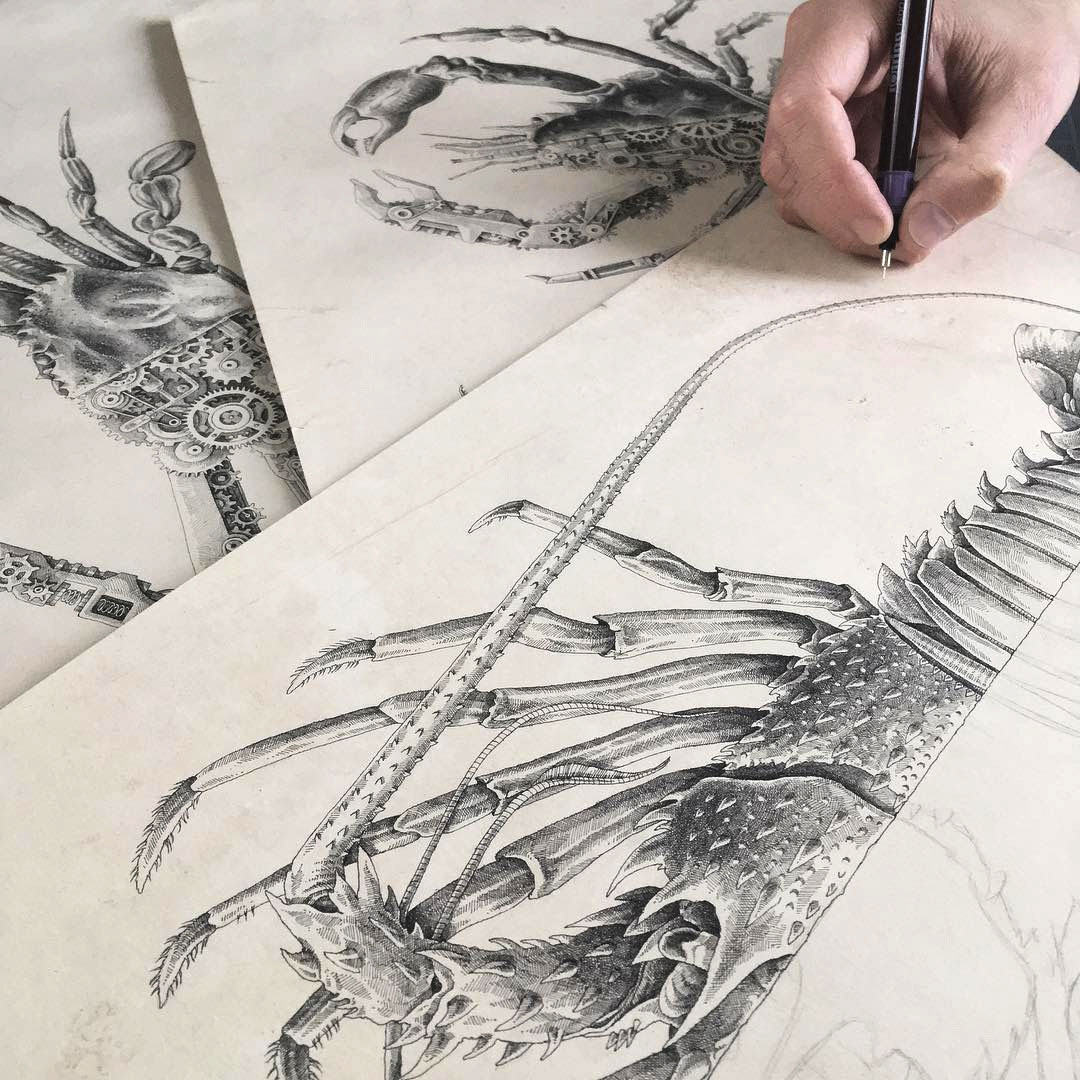 Titled Mechanical/Biological [Crustacean Study], the series of drawings by French artist Steeven Salvat by are inspired by 19th century biological illustrations, and created in much the same manner.

The series comprises nine illustrations, each depicting various species of crabs and lobsters. Each crustacean is depicted from a bird’s eye view, with one half shown with the shell removed, revealing an inside of clockwork. Each drawing takes some 30 hours to complete, done on paper Salvat produces himself that’s given an aged look by soaking it in tea. Salvat uses a technical pen, specifically a Rotring Isograph with a 0.13mm tip, to do each drawing in ink. He even devised his own font, Salvat Study, to accompany the illustrations. The font can be downloaded for free.

The illustrations range in size and price, starting with Ecrette Clairamour that’s 27.5cm by 20cm and priced at €1000. They available direct from Steeven Salvat. 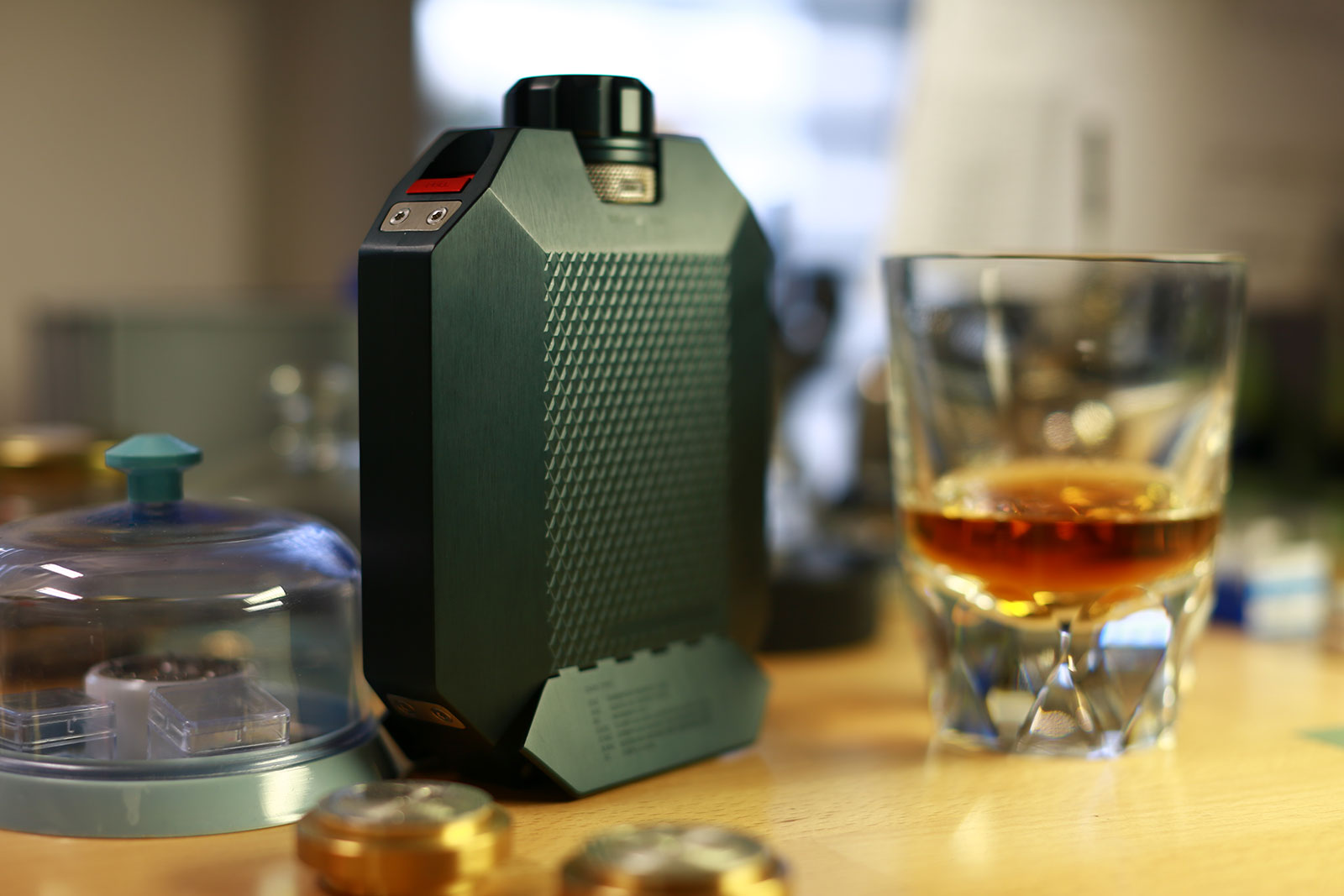 Watchmaker Urwerk has turned its engineering skills on a more fluid problem, tying up with Scotch whisky distillery Macallan to build a high-tech flask for its single malts.

The Macallan x Urwerk Flask has a aluminium outer shell that contains a pair of titanium tanks, along with a stainless steel mouthpiece. Covered by a hinged, sprung screw cap, the mouthpiece swivels from one tank to another at the owner’s discretion. A cask indicator at the base of the flask describes the type of whisky in each tank. The cask indicator is made up of tiny rollers with engraved lettering, all hidden behind flaps that sit on each bottom edge. These pop open to become stands for the bottle, keeping it stable on the desk. Officially the Flask 2 – the first fancy flask was stainless steel and a collaboration with American sunglass maker Oakley – the Urwerk flask is no doubt impressively constructed to the same impressive standards as Urwerk watches, leading to the question: why?

And the answer is certainly the same as for million dollar humidors or $100,000 mobile phones – because we can.