While we can wish for fantastically expensive watches, such watches remain fantasies for most of us. On the other hand, several notable affordable, but outstanding, timepieces were unveiled in 2015. A couple of things stand out on this list. More than half the watches are powered by in-house movements, proving that well made proprietary movements need not be expensive. And two of the six come from brands that are better known as leather goods makers, demonstrating the considerable and impressive progress such brands have made in creating good timepieces. Here are six of the best, all priced under US$10,000.

Paradoxically, the most complicated watch in this list is also the lowest priced, which shows just how much value Longines offers. This is the latest version of the Longines mono-pusher chronograph, and by far the most attractive. Three versions are available, but the best looking is the ref. L2.800.4.26.2 that has a white lacquer sector dial that is unusual but also reassuringly vintage-y. This is equipped with the L788.2 movement, a self-winding chronograph movement that’s based on the robust Valjoux 7750, but heavily upgraded. The most obvious improvements are the single button integrated into the crown to start, stop and reset the chronograph, eliminating the usual two-button layout. And the movement has a column wheel as the on-off switch for the chronograph mechanism, a more refined solution than the cam that is typically used.

This is essentially a radically cheaper version of the limited edition, US$67,500 Escale Worldtime. While its pricier sibling has a white gold case and hand-painted dial, the Escale Time Zone is stainless steel with a printed dial, making it a tenth of the price, explaining the months-long wait list at Louis Vuitton stores. The look, however, is very similar, with the distinctive multi-coloured dial inspired by nautical pennants showing all 24 time zones in the world. A pair of hands in the centre indicates local time, while the cities disc and 24-hour ring together show the time in all other time zones.

Nomos watches are easy to like, being well made, appealingly simple, boosted by a brand identity that’s original and sometimes quirky. The Neomatik is a line of six watches powered by the DUW 3001, the latest in-house automatic movement from Nomos. All of the watches are modestly sized and slim – the movement inside is just 3.2 mm high. The 1st Edition models are a limited run available with a silver or champagne dial, available only till spring 2016. After that the Neomatik will continue, but with different dial options. It’s equipped with Master Co-Axial calibre 8400 from Omega’s latest generation of movements. And it doesn’t hurt that the watch helped James Bond triumph in Spectre. The only downside is that it’s a limited edition of 7007 pieces, which is, well, a lot.

Rolex watches have always been well made, but the old Oyster Perpetual has been somewhat old fashioned, with a small, 36 mm case and boring dial options. The Oyster Perpetual 39 changes that by growing the case to 39 mm while adding a range of brightly coloured dials. Despite the improvements, the look remains familiar, with a rounded bezel and Oyster bracelet. But the 39 mm case helpfully makes it similar to Rolex sports watches in size; the latest Yacht-Master Everose for instance is 40 mm in diameter. Each of the dial options also features coloured accents, like blue minute markings on the dark grey dial. Whereas an entry-level Rolex in the past carried with it the nagging feeling of compromise, the Oyster Perpetual 39 is strong contender (and it now comes with a five year warranty).

While the most affordable of 2015 is arguably the Hermes-lite Apple Watch, the best from the Parisian saddle maker is the Slim d’Hermès. Endowed with the inimitable Hermes house style, the Slim d’Hermès has a custom designed font by French graphic designer Phillipe Apeloig as well as delightful details like hands with polished and frosted halves, or the double-sunk dial. Combined with the wire-style lugs, the Slim d’Hermès is simple yet distinctive. 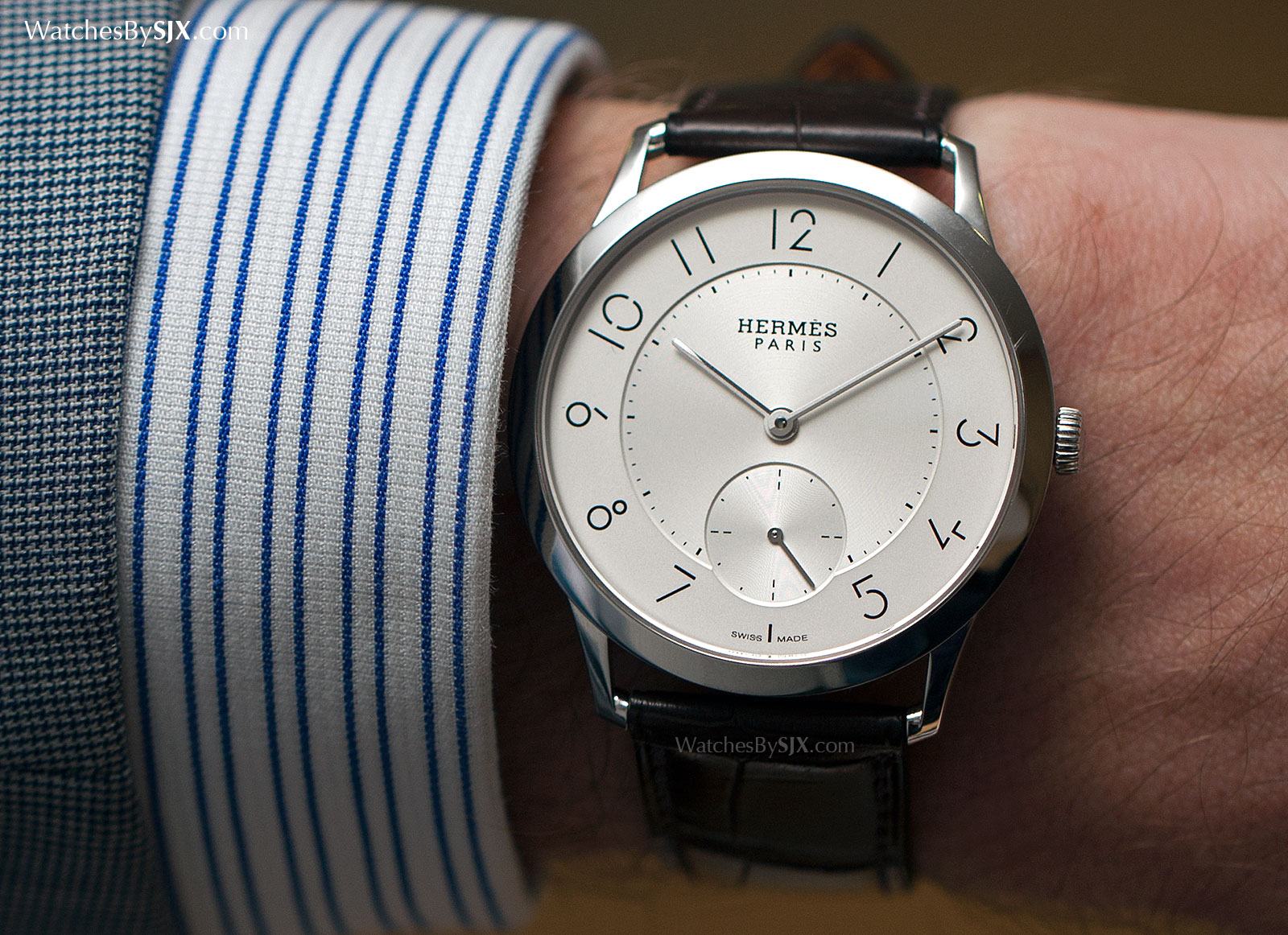 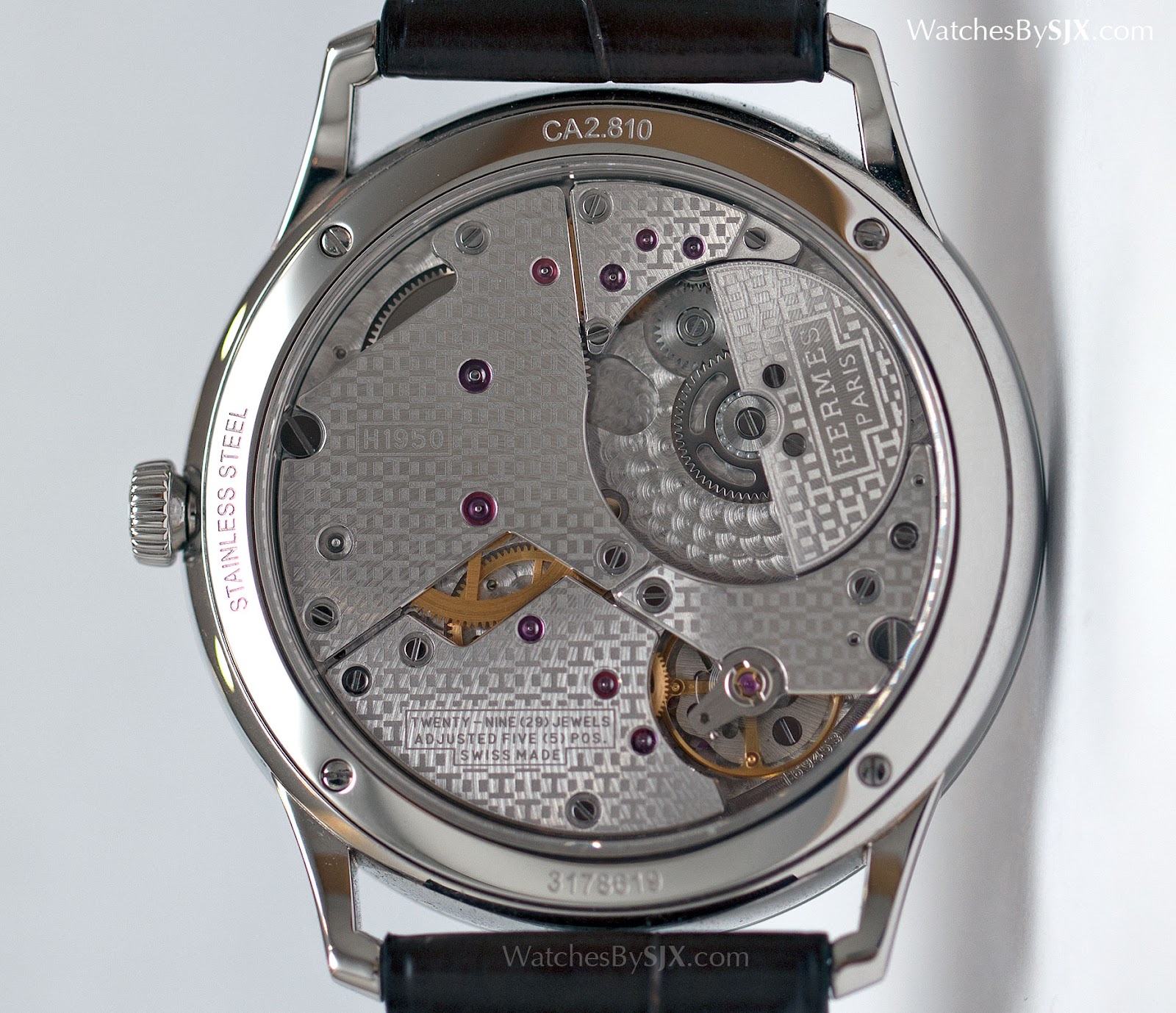 But the Slim d’Hermès is not just about looks, it’s powered by the H1950 automatic movement. That’s actually the VMF5300 made by Vaucher, the movement specialist in which Hermes holds a quarter share. And it’s the same calibre found in pricier Richard Mille and Parmigiani timepieces. A pricier Slim d’Hermes perpetual calendar is also available, but the basic automatic is the best value proposition.

For the first time the entry level Rolex Oyster Perpetual is available in a 39 mm case, keeping the traditional Rolex Oyster aesthetic while adding a dose of colour with new dial finishes.

Well made and honestly priced timepieces are uncommon but out there. Some of them even have fine in-house movements. This is our pick of the best from the class of 2015. 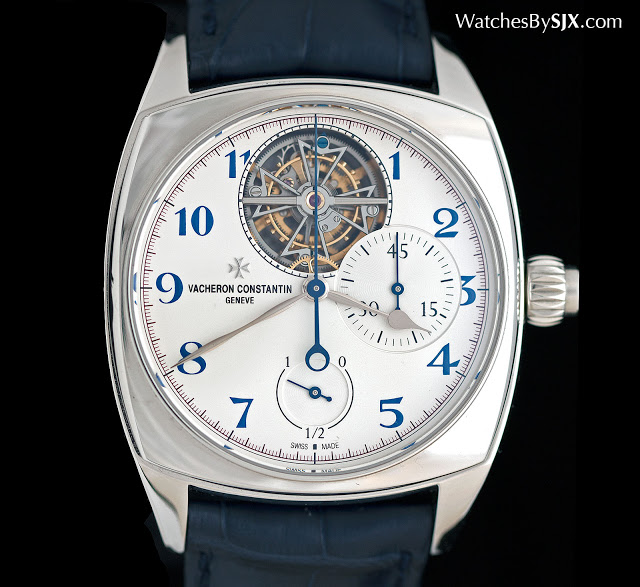 For its 260th anniversary, Vacheron Constantin introduced a slew of new chronographs this year, with the most beautiful arguably the Cornes de Vache 1955. But the Harmony chronographs are more significant, being equipped with the brand’s first in-house chronograph movements. The Harmony line-up starts with the entry-level Harmony calibre 3300, continuing with the much pricier, but more spectacular Harmony Ultra-Thin Grande Complication Chronograph. And at the very top sits the Harmony Tourbillon Chronograph.

The features of the Harmony Tourbillon Chronograph are obvious, the calibre 3200 inside has both a chronograph and tourbillon. In fact, the movement is what the calibre inside the basic Harmony Chronograph should be. Whereas in the basic Harmony chronograph the balance cock is unattractively large so as to occupy vacant space, here that space is rightly filled by the tourbillon bridge. Like the other 260th anniversary editions, the tourbillon bridge on the back is gilded and hand-engraved with a floral motif. Typical of traditionally constructed chronographs that feature a horizontal clutch, the calibre 3300 is filled with levers and gears, with much to admire. A relief Maltese cross tops the column wheel, now a signature feature in all Vacheron Constantin chronographs. But unlike many other similar chronograph movements, the calibre 3300 is quite large, with the chronograph components relatively spaced out. This means it lacks the elegant and compelling density of its competitors; the Harmony split-seconds chronograph being a good example. Essentially the same tourbillon found in other Vacheron Constantin watches (like the skeleton tourbillons), and something the brand excels at, the tourbillon regulator is lovely to behold. The Maltese cross-shaped carriage is black polished, while the tourbillon bridge is finished even more elaborately, being both rounded as well as black polished. The platinum case is a large 42 mm in diameter, with the cushion shaped and dial design modelled on a 1920s Vacheron Constantin chronograph. It has a handsome, vintage-inspired look, though the power reserve indicator and exposed tourbillon are distinctly modern.

The Harmony Tourbillon Chronograph is a limited edition of 26 pieces, priced at US$314,600 or S$558,500. Despite the limited numbers, one or two might still be available.