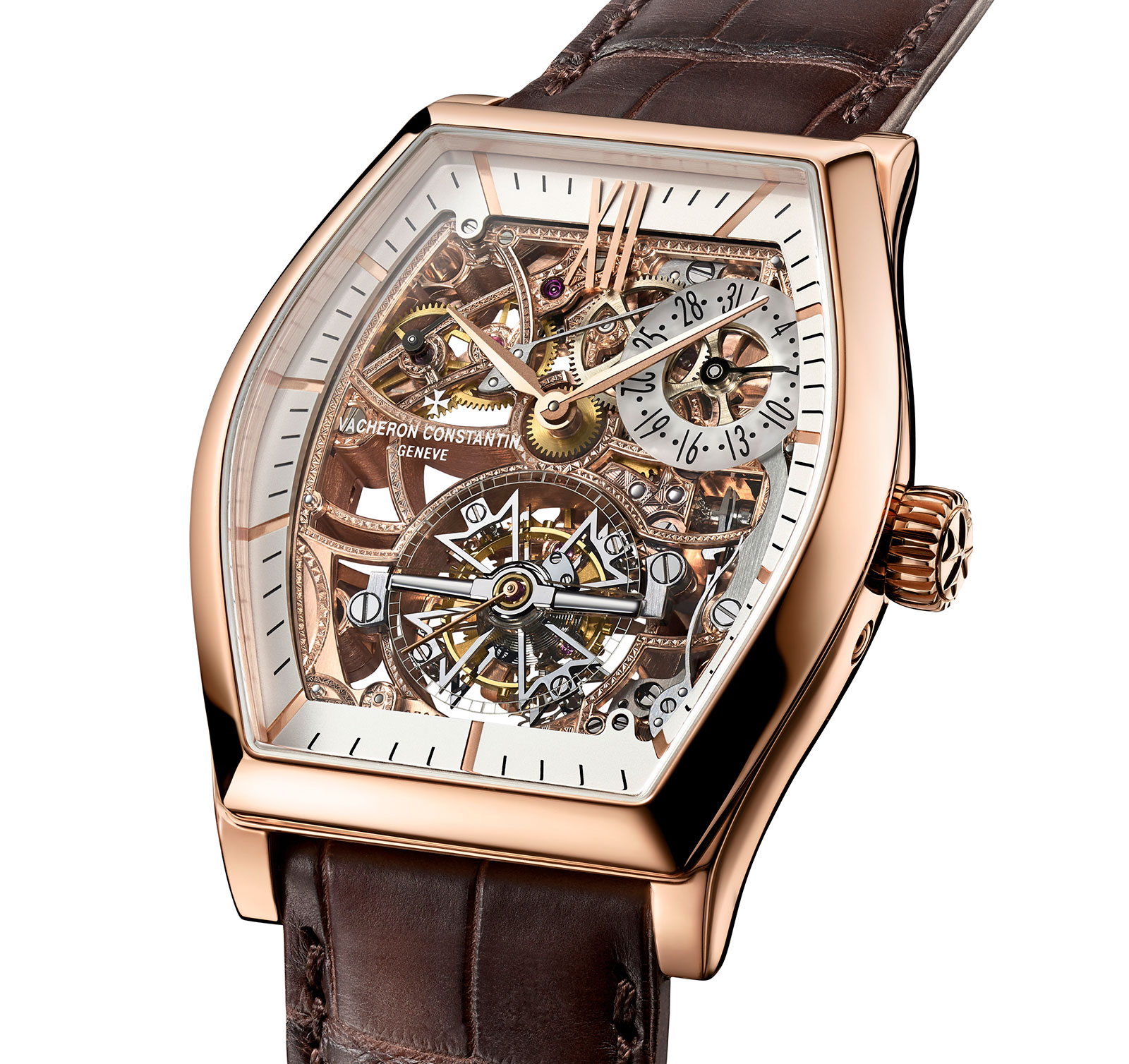 While mechanically identical to the platinum version, both have the same case dimensions and 2790 SQ movement, the Malte Tourbillon Openworked in pink gold boasts more delicate open-working. The bridges are narrower, giving the movement a more airy and ethereal appearance. And though the engraving on the bridges is the same, a repeated triangular motif, the scale of the engraving is noticeable smaller and finer. Together these improvements give the watch a more refined appearance. Comparing the pink gold (top) and the platinum