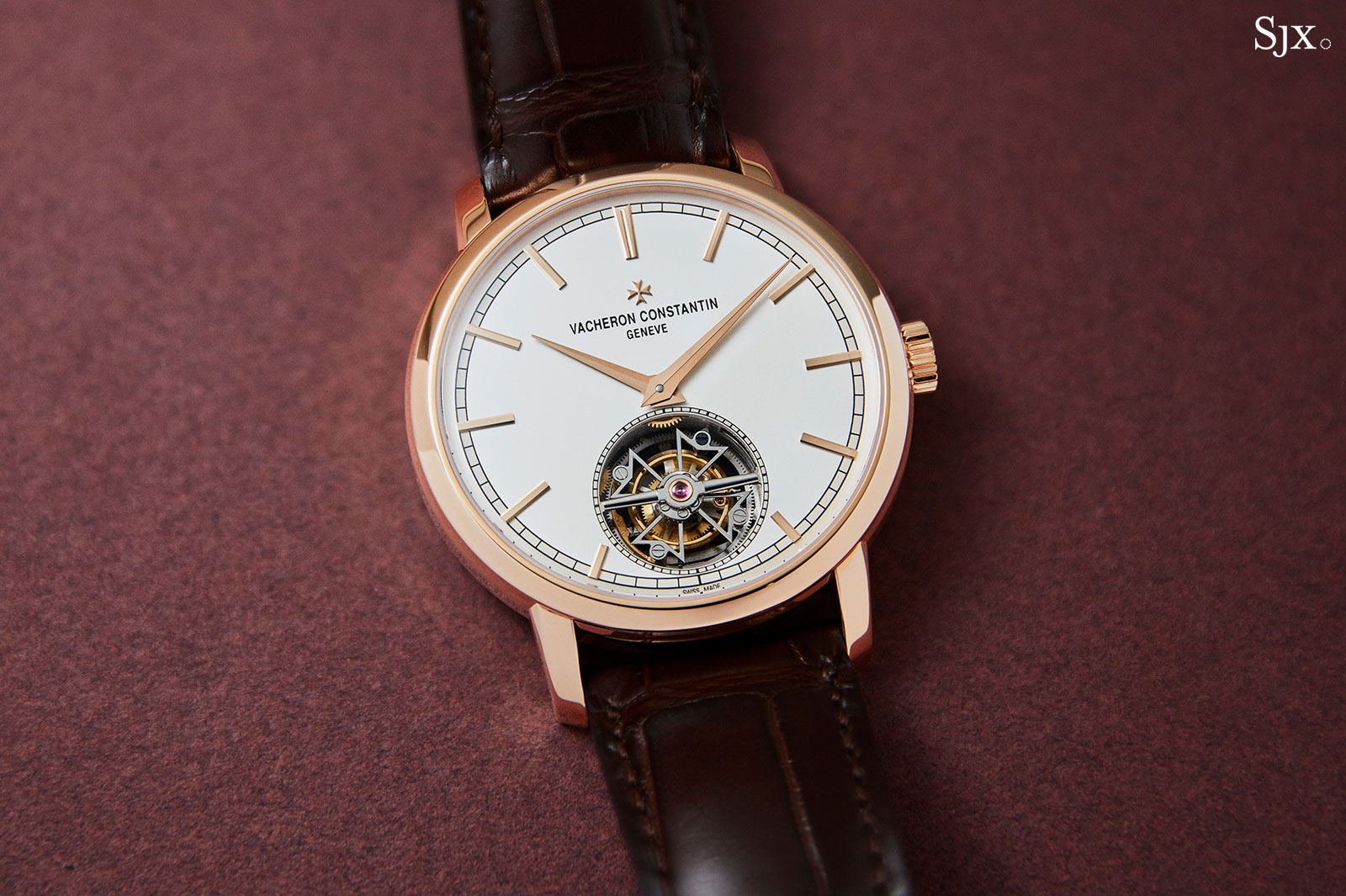 Introduced early last year, the Traditionnelle Tourbillon was the first self-winding tourbillon from Vacheron Constantin, while also being the simplest tourbillon wristwatch from the brand. Though the same movement has since been installed the elegant but sporty Overseas and the more casual FiftySix, the Traditionnelle remains the most classically handsome offering.

The Traditionnelle Tourbillon is essentially a straightforward dress watch with a tourbillon, done in a visually simple style but executed to a high quality. The dial, for instance, is silver with a prominent railway minute track, but the baton hour markers and Maltese cross logo are in 18k solid gold. It’s a good looking dial, except for the seconds track around the tourbillon which is pointless since the tourbillon lacks a proper seconds hand. The blued steel screw on the carriage is supposed to be a seconds hand but the track really isn’t necessary, and it clutters the dial. 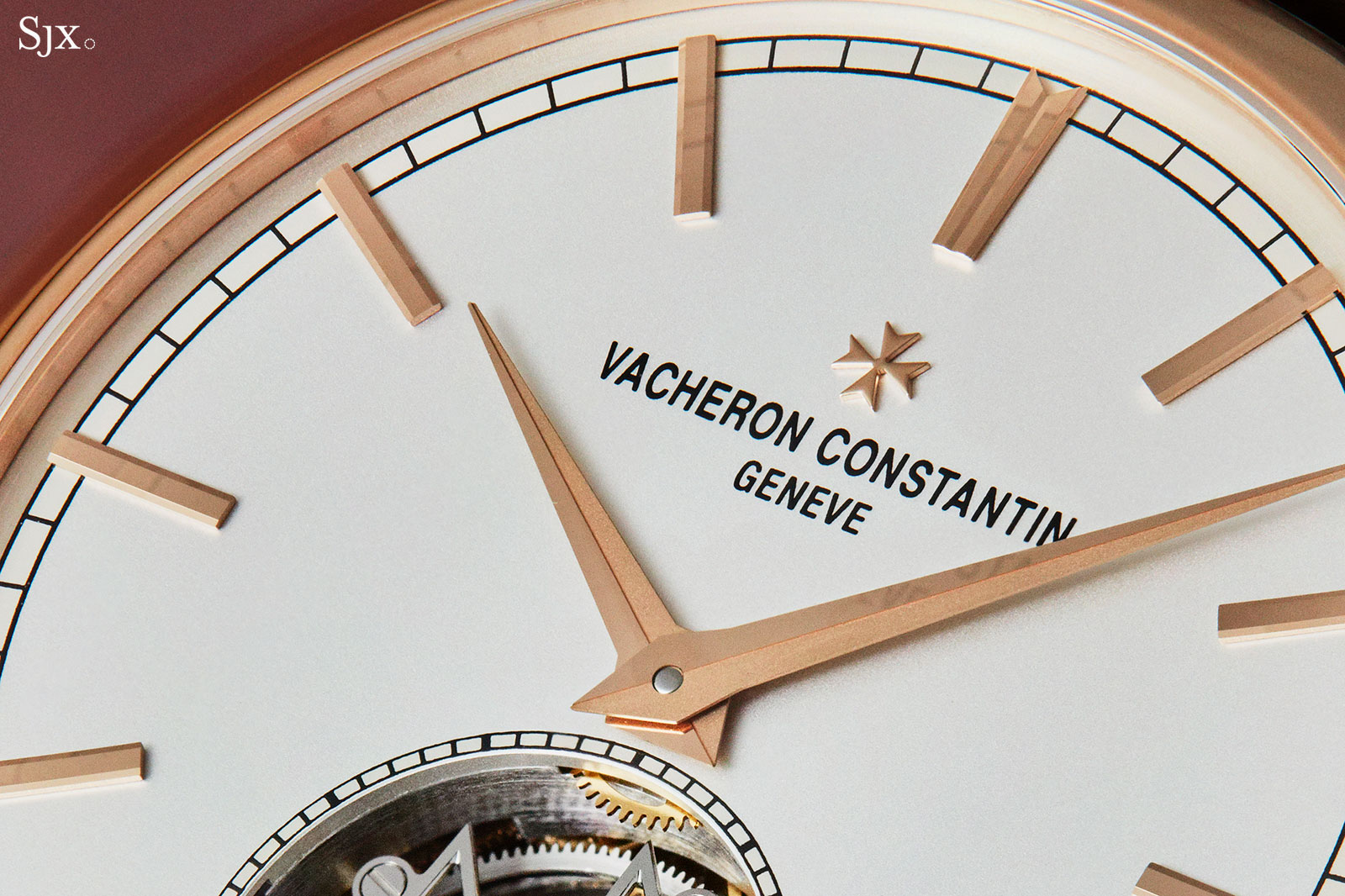 On the wrist the watch feels elegant, being quite thin at 10.4mm in height, but slightly wide for a dress watch at 41mm in diameter. Visually the size works well, with correct proportions; the tourbillon aperture sits close to the edge of the dial, meaning the case is pretty much the right size for the movement.

As is typical for the Traditonelle watch case, the lugs and case band have a slight bevel and recess inspired by the shape of the Maltese cross. It’s a smart detail that’s subtle while also helping reduce the perceived height of the case by thinning the case band. Another detail that adds to the refinement is the coin edge case back that’s decorative; the case back is unscrewed conventional via slots. The cal. 2160 inside is an attractive movement, with enough detailing to make it more visually interesting than the typical base model tourbillon.

The most obvious feature is the peripheral rotor that encircles the movement, which is why the movement is relatively large at 31mm in diameter. Historically peripheral rotors were never efficient enough to be practical, but modern watchmaking has made them feasible, even in a tourbillon.

The peripheral construction allows the movement to be shown in its entirety, without having a conventional rotor to cover half the movement. And it also allows for a slimmer movement. And the purpose is also aesthetic as the rotor, which is 22k gold and finished with a relief Maltese cross motif, frames the movement. All in all, the peripheral rotor is a smart solution that will no doubt be used in future calibres. Take the bridge for the automatic winding mechanism for example, it’s been reduced to reveal the Magic Lever winding pawl below. Though the Magic Lever was mostly found in lower cost watches in the past, it has become pretty much a mainstream feature in high-end watchmaking, especially amongst the brands of Richemont; Panerai, IWC, and Cartier also use movements with the same mechanism.

And for good reason, the Magic Lever is favoured for its efficiency, simplicity and thinness. But it occupies a relatively wide area, which is not a constraint given the size of the movement.

The movement is decorated to the standards of the Poinçon de Genève, so everything is finely executed with attention paid to details. As is convention for watches produced by major brands, the initial steps in the movement decoration are mostly done by mechanical tools, with some of the final touches being done by hand. The designers of the movement have cleverly shaped the bridges to have in- and outward corners, something any classically styled, high-end movement should have. The inward corners aren’t razor sharp, as they would be on an a spare-no-expense movement (but for that you have Greubel Forsey). 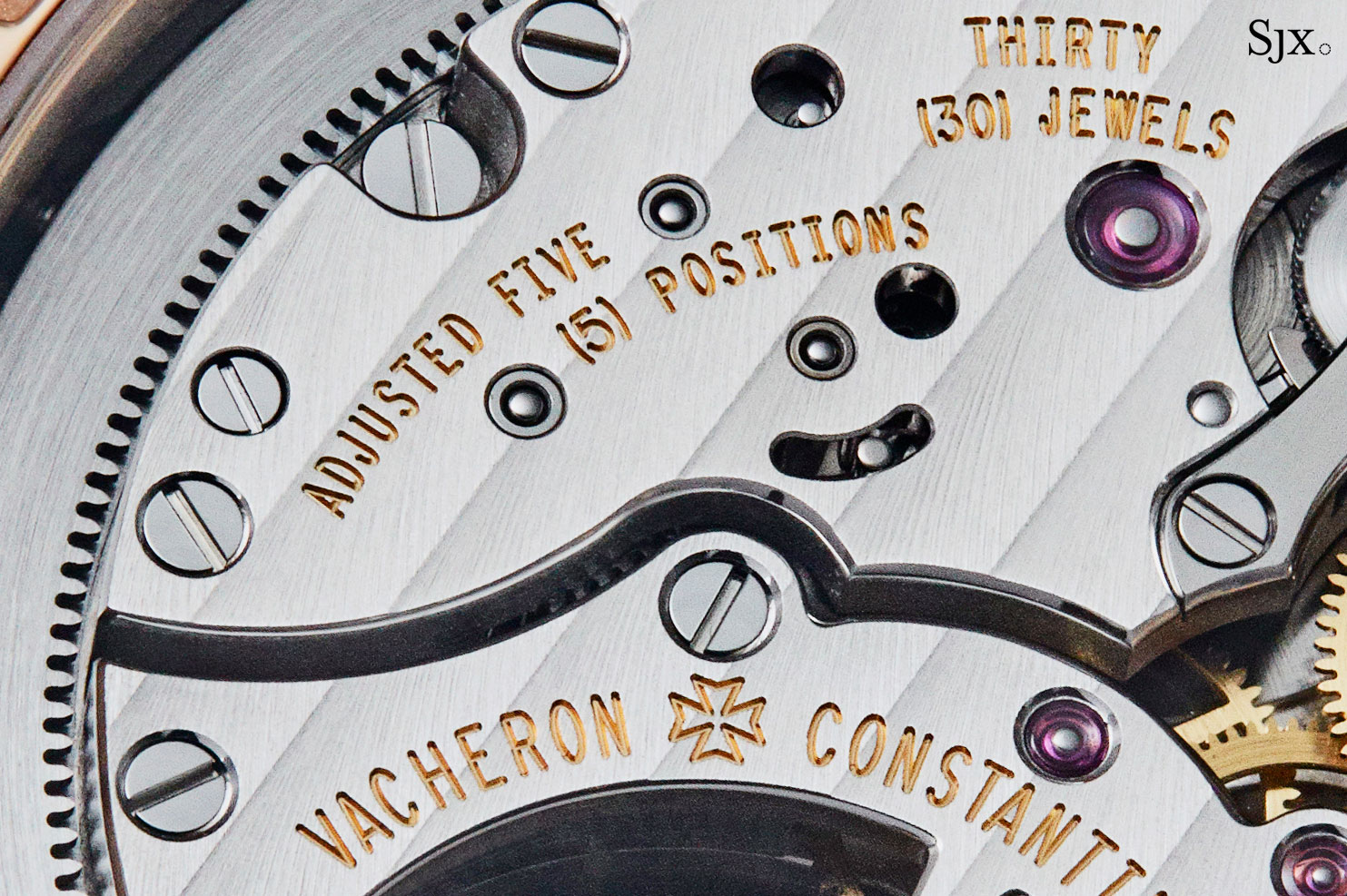 Given the pricing of this watch, Vacheron Constantin unsurprisingly calibrated the degree of artisanal finishing in the movement, reserving the most labour intensive techniques for the tourbillon bridge and cage. A sensible decision, given the prominence of those components.

Consequently, the finishing of the tourbillon is slightly better than the rest of the movement. The Maltese cross-shaped cage has surprisingly prominent bevelling despite the thinness of the arms, and its internal corners appear to be finished by hand. And the tourbillon bridge is rounded and black polished. More affordable tourbillon watches often look uninspired; the obviously industrial finishing (like stamped anglage for instance) is usually a giveaway in the category. Add to that the proliferation of tourbillons and the appeal of the complication is diminished, even when it’s relatively affordable.

The Traditionnelle Tourbillon, on the other hand, manages to be a well executed watch, despite being half as costly as the next most expensive Vacheron Constantin tourbillon. Effort and expense in build and finish is applied sensibly where it matters, resulting in an appealing whole.

An experienced collector would probably find it boring, but for everyone else it’s a strong proposition in its realm, yet high-end, tourbillon watches.