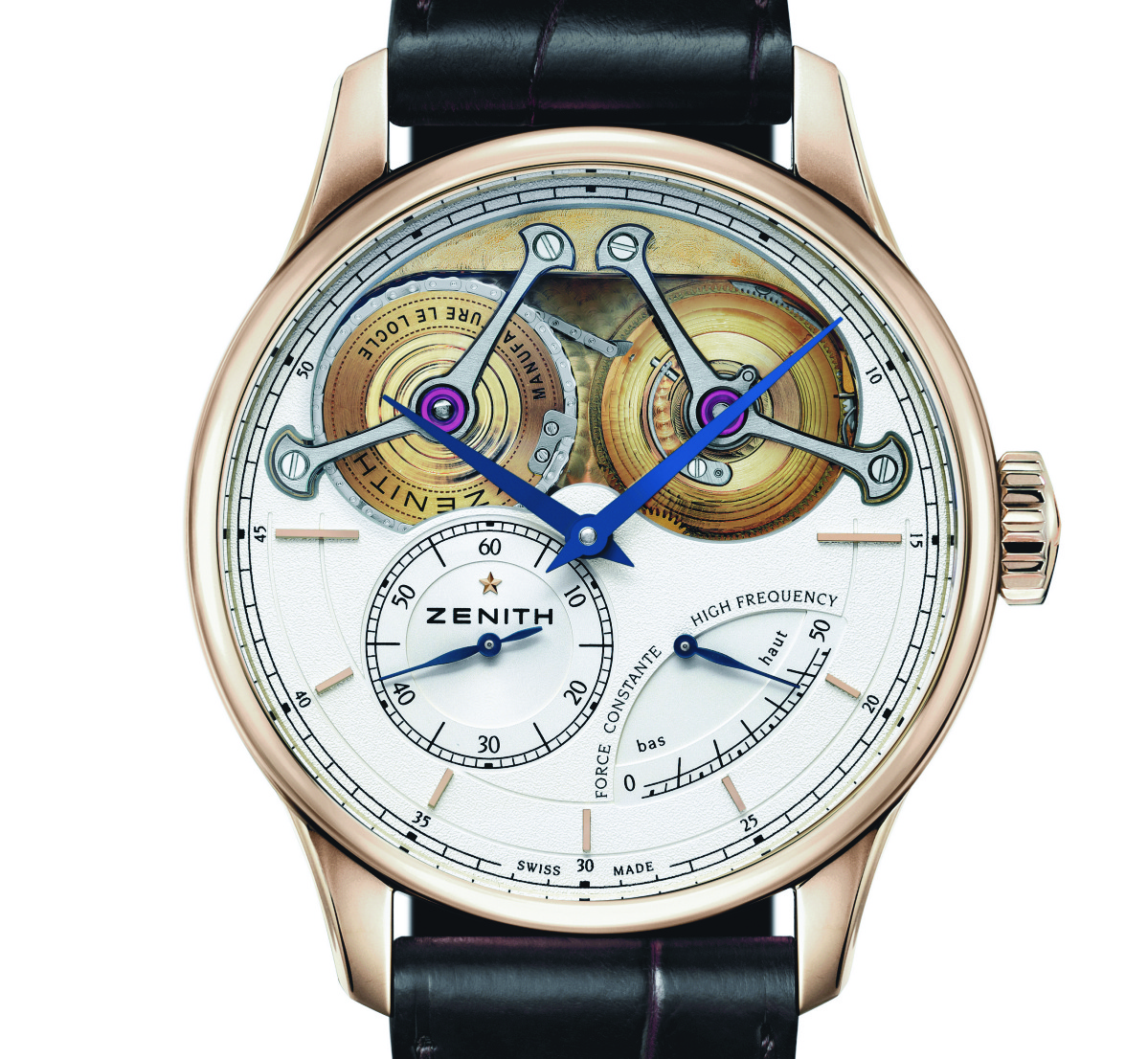 Named after its founder, the Zenith Academy Georges Favre-Jacot is essentially a slimmed down version of Zenith’s top of the line timepiece, the Academy Christophe Colomb Hurricane. The Georges Favre-Jacot limited edition is equipped with a chain-and-fusée mechanism that delivers constant force to the escapement, keeping timekeeping stable throughout its power reserve.

Comprised of a cone with a tiny chain wrapped around it, the chain and fusee system is one of the earliest constant force mechanisms. It uses a chain that wraps itself around the cone as the mainspring winds down, to compensate for the progessively weaker pull of the mainspring. Rarely found in wristwatches due to its complexity and size (the chain and fusee mechanism is made up of 575 individuals parts including the bits of each chain link), the chain and fusee is nonetheless impressive visually. Here it is visible on the upper half of the dial, with twin bridges holding up the barrel and fusee. This is combined with an eggshell texture dial and blued steel hands. COSC certified, the movement is the El Primero calibre 4810, a variant of the famous 36,000 bph El Primero chronograph movement. Running at the same frequency, the calibre 4810 is hand-wound, with a silicon escape wheel. Aside from hours and minutes, it also displays the power reserve and seconds on the dial. 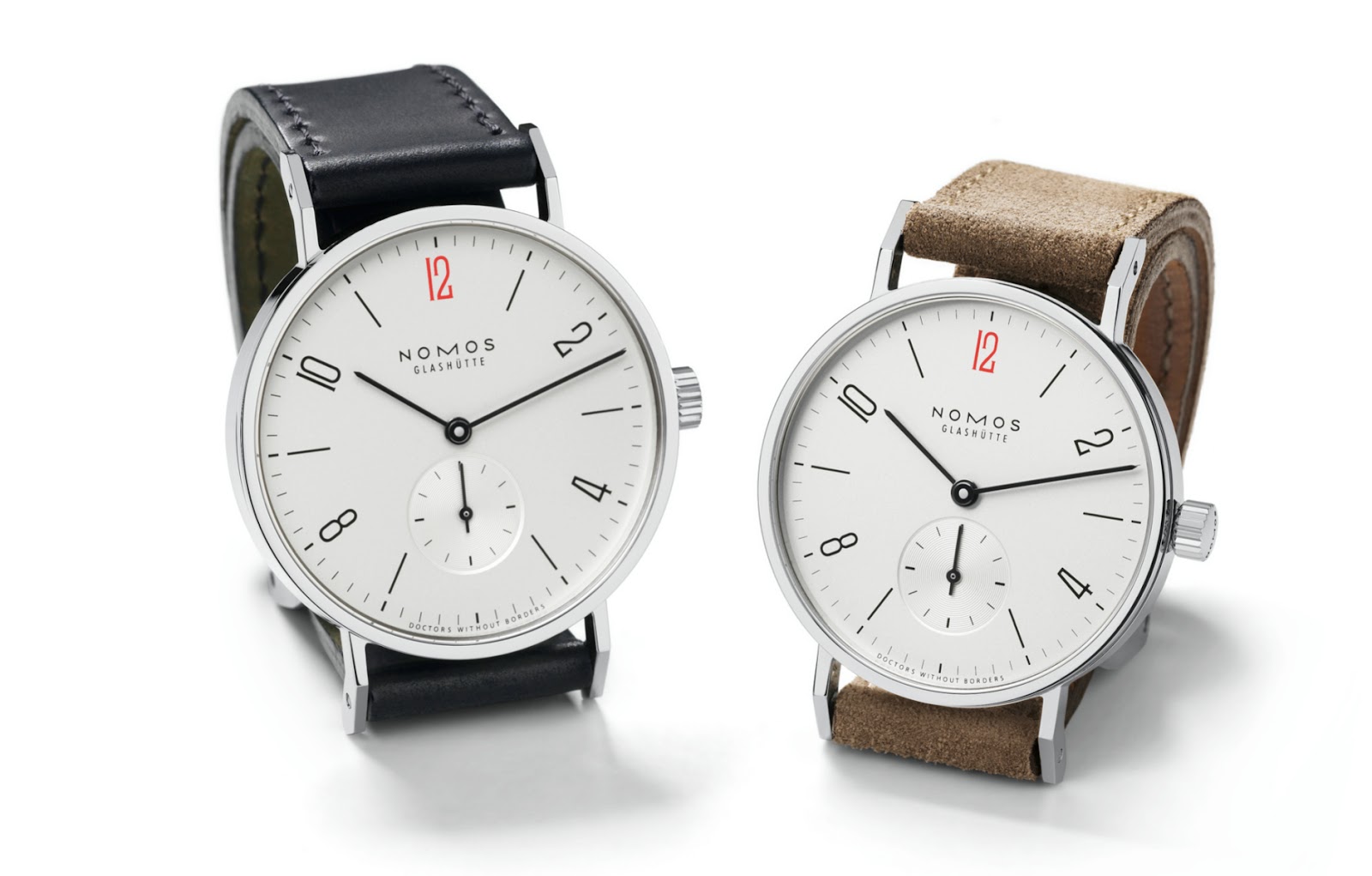 Nomos first created the edition for Médecins Sans Frontières Germany, which was only available in its domestic market. That has now expanded to Doctors Without Borders in the United States and United Kingdom, with additional editions for each market. US$100 and £100 from the sale of each watch in each market will go to MSF. The Tangente Doctors Without Borders feature Nomos’ signature look with a small twist, a red “12” as well as “Doctors Without Borders” in tiny script at six o’clock.  Four versions are available, each limited to 1000 pieces. All have a display back that shows off the attractively finished Nomos Alpha hand-woud movement. The smallest is the Tangente 33 for the USA and UK, with a 33 mm case and a price of US$1960. Then there is the Tangente 35 for the UK only priced at US$2180, and also the Tangente 38 for the American market for US$2330. They are available direct from Nomos’ online store.