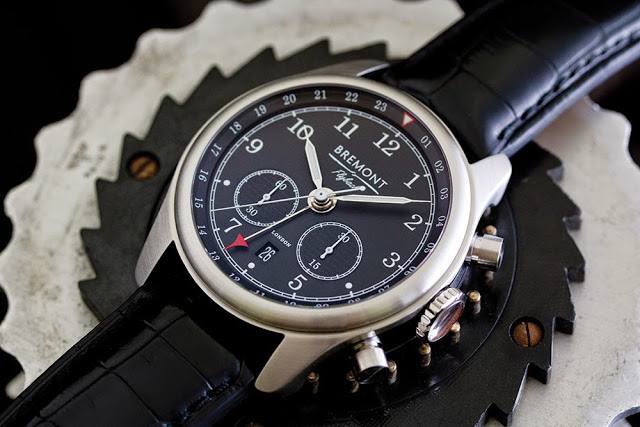 Bremont’s latest limited edition is the Codebreaker, a flyback GMT chronograph dedicated to the WWII Bletchley Park decryption centre, with the watch itself containing actual elements from Bletchley Park. Bremont specialises in military-themed timepieces, which are surprisingly popular with actual military personnel. It just announced the Codebreaker, a flyback chronograph with GMT, to commemorates the United Kingdom’s codebreaking effort during the Second World War. Actual elements from Bletchley Park, the UK’s main codebreaking centre, are embedded inside the watch. The site of the Government Code and Cipher School (GC&CS), Bletchley Park was tasked with decrypting the codes generated by the German Enigma and Lorenz machines. This enterprise played a major, if less publicised role in the Second World War.

The Codebreaker chronograph has several original relics from Bletchley Park. One is a component from the rotor of the Enigma machine, which is integrated into the winding rotor of the watch. Another are the five punch cards inside the case, which are used to display the serial number of the watch on the case side.

Lastly, a tiny bit of pine from the floor of Hut 6, a building in Bletchley Park dedicated to deciphering codes from the German Army and Air Force, is embedded in the crown of the Codebreaker. Inside the watch is the BE-83AR movement, with the rotor shaped like the drum of the Bombe machine, a machine designed by Alan Turing which helped break the codes. The calibre is actually a Valjoux 7750 modified to feature the flyback and second time zone display, which is indicated by the red-tipped hand on the dial.

The case is 43 mm wide, available in either hardened steel or rose gold. The steel version is limited to 240 with a steep retail price of US$18,500, while only 50 pieces in rose gold will be made with an even steeper price of US$33,995. – SJX 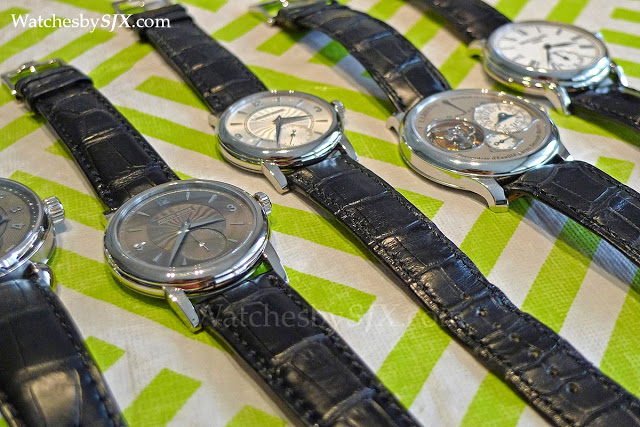 Just this afternoon some friends of this blog gathered over lunch. There was food, but once the watches were rolled in, attention was diverted elsewhere… Eight of our readers, two from foreign lands and the rest Singaporean, came together for lunch today. Between them there were 15 watches present.  The assembled watches were diverse, a good balance between mainstream brands like Rolex and Panerai, and the independents; notable because two Philippe Dufour Simplicities turned up, one having flown here.  Here are a couple of table shots of the great and the good. Pardon the tablecloth. And now to honour the individual timepieces: For those who are numerically inclined, here are some of the figures from the evening.

Stayed tuned for the next one. 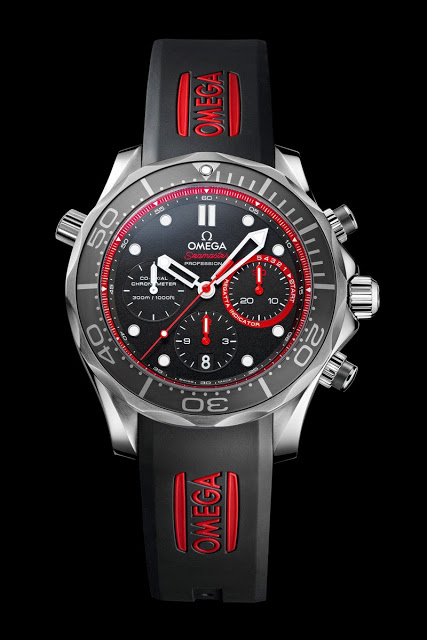 Omega has just announced the Seamaster Diver ETNZ Limited Edition, created for Emirates Team New Zealand, one of the challengers for the 2013 America’s Cup. As a partner of Emirates Team New Zealand, Omega has created a limited edition for the team, which will soon take part in the Louis Vuitton Cup yachting contest to determine the challenger for the 34th America’s Cup. Sailing cutting edge AC72 catamarans, three teams will compete with each other for the right to challenge the current holder of the cup, Oracle Team USA. The watch is a Seamaster chronograph with the cal. 3330 inside. It is equipped with the Co-Axial escapement as well as column wheel and vertical clutch, but is actually the previous generation of Omega chronograph movements. The current flagship chronograph calibre is the cal. 9300, as found in the black ceramic Speedmaster “Dark Side of the Moon”. That being said, the cal. 3330 based watches are more accessibly priced and represent solid bang for the buck. Though the movement is a standard chronograph movement, the five minute countdown markings on the minute sub-dial at three o’clock means this can function as a regatta countdown timer as well.

The case, which has a helium escape valve, is 44 mm in diameter with a water resistance of 300 m. An Emirates Team New Zealand logo in relief decorates the case back.