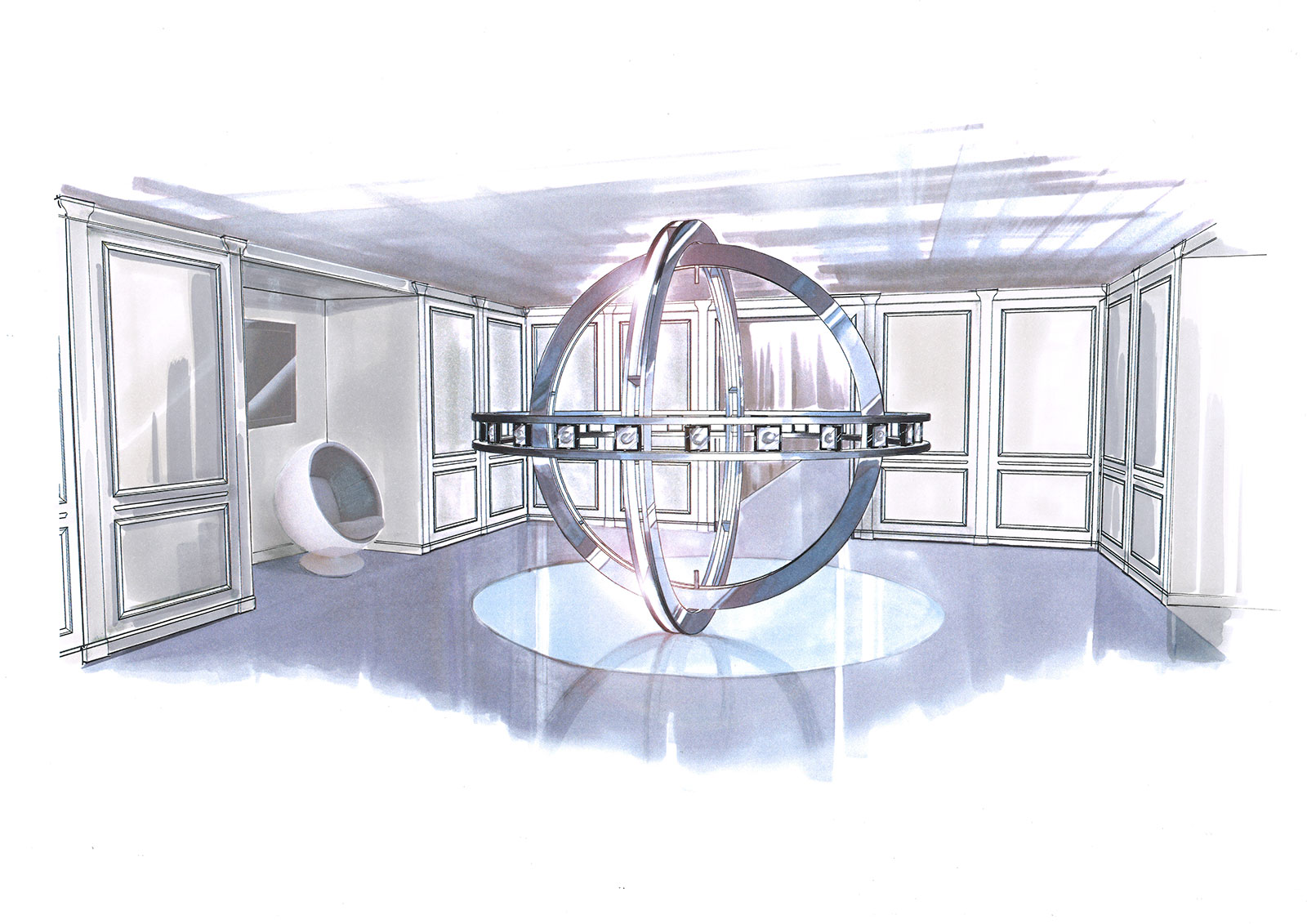 Patek Philippe president Thierry Stern mentioned in an interview two years ago that the next Watch Art Grand Exhibition would be taking place in Singapore. That is now official, with Patek Philippe having just announced the exact dates and venue for the exhibition, which will be its biggest ever.

The fifth edition of its watchmaking exhibition – after Dubai, Munich, London, and New York – will take place from September 28 to October 13 at the theatre complex inside the Marina Bay Sands casino resort sited on Singapore’s waterfront.

Significant not only for its geographical location in the centre of South-East Asia, the city state is also celebrating 200 years since modern Singapore was founded by British statesman Sir Stamford Raffles. Consequently, the exhibition includes the Singapore 200th Anniversary room that’ll display selected timepieces as well as explore Patek Philippe’s presence in the country over the decades. 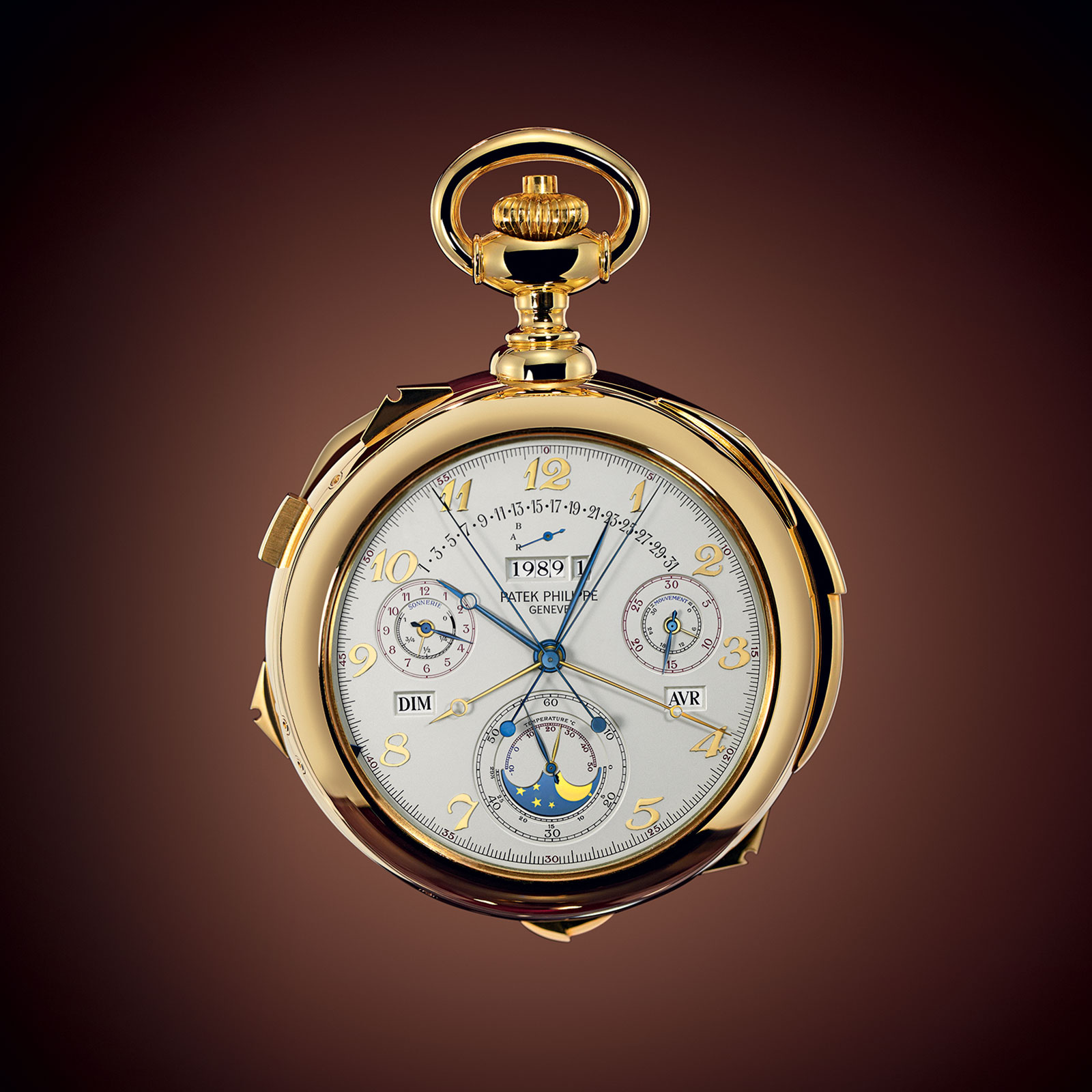 The landmark Calibre 89 that will be on show in Singapore Being the first time a Grand Exhibition takes place in Asia, Patek Philippe pulled out all the stops to make the event a big one, able to accommodate 1000 visitors at any one time.

It’ll take place in a space that totals 1908 square metres – about 20,000 square feet, or the size of an enormous penthouse apartment – topping the 1493 square metres of the London Grand Exhibition, the previous title holder. 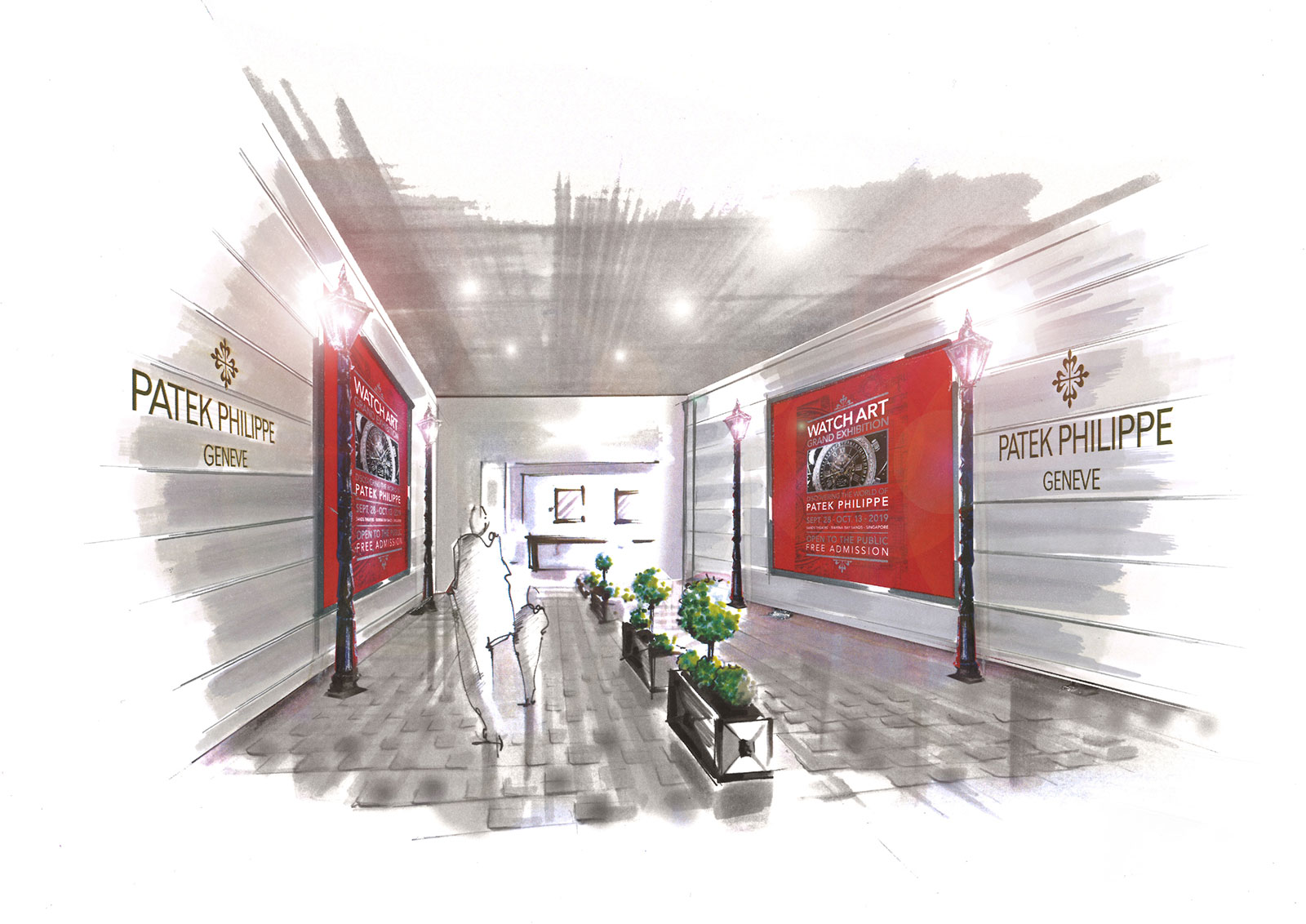 A rendering of the entrance to the Singapore exhibition 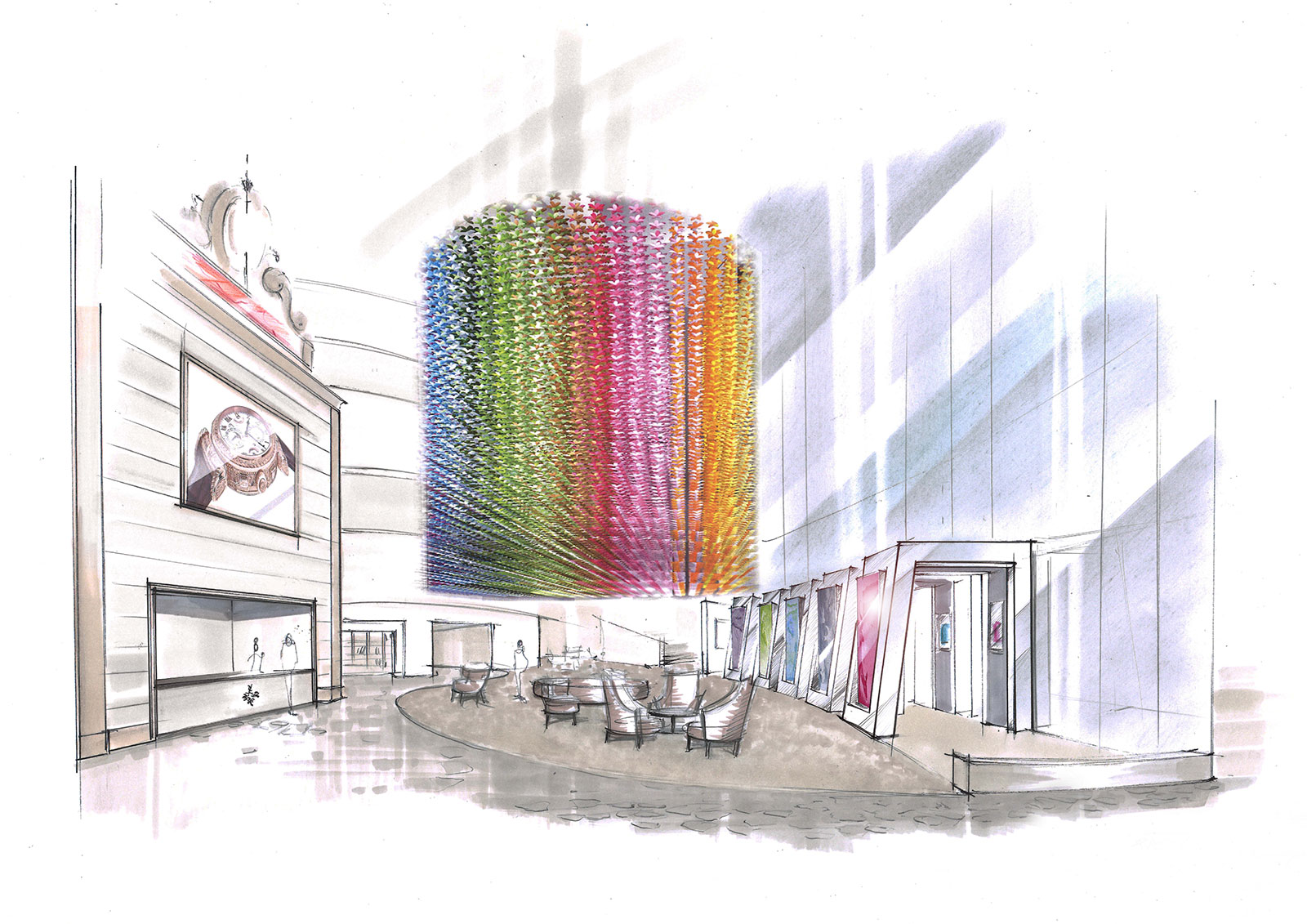 The vast space will be used to create an experience that aims to transport visitors to Patek Philippe’s hometown of Geneva. Sections of the exhibition will recreate each of the pillars of Patek Philippe’s physical presence in the Swiss city – the historic salon on Rue du Rhône, the Plan-les-Ouates manufacture, and the Patek Philippe Museum.

Visitors will travel through the company’s history and delve into its innovations with some 400 timepieces from the Patek Philippe Museum on show, ranging from 200-year old pocket watches to modern grand complications. 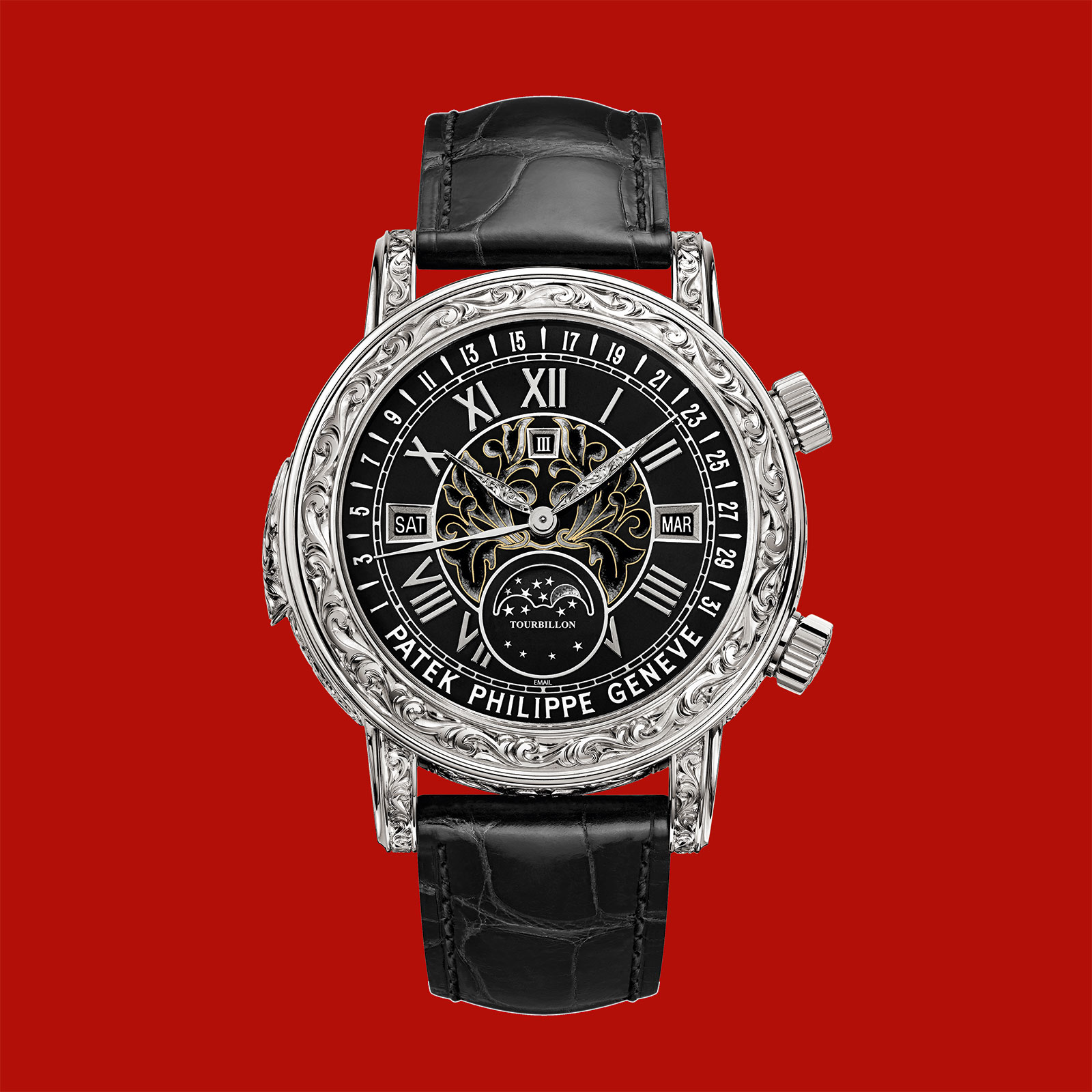 One of the contemporary masterpieces that will be on show: the Sky Moon Tourbillon ref. 6002 with a black enamel dial and engraved case

Part of the exhibition will be akin to visitor the Patek Philippe factory in Geneva. Watchmakers from the manufacture will be present for live demonstrations and workshops.

And because the Grand Exhibition is intended to be a democratic, educational experience, it will be open to the public, and Patek Philippe will also host students from various schools in Singapore. 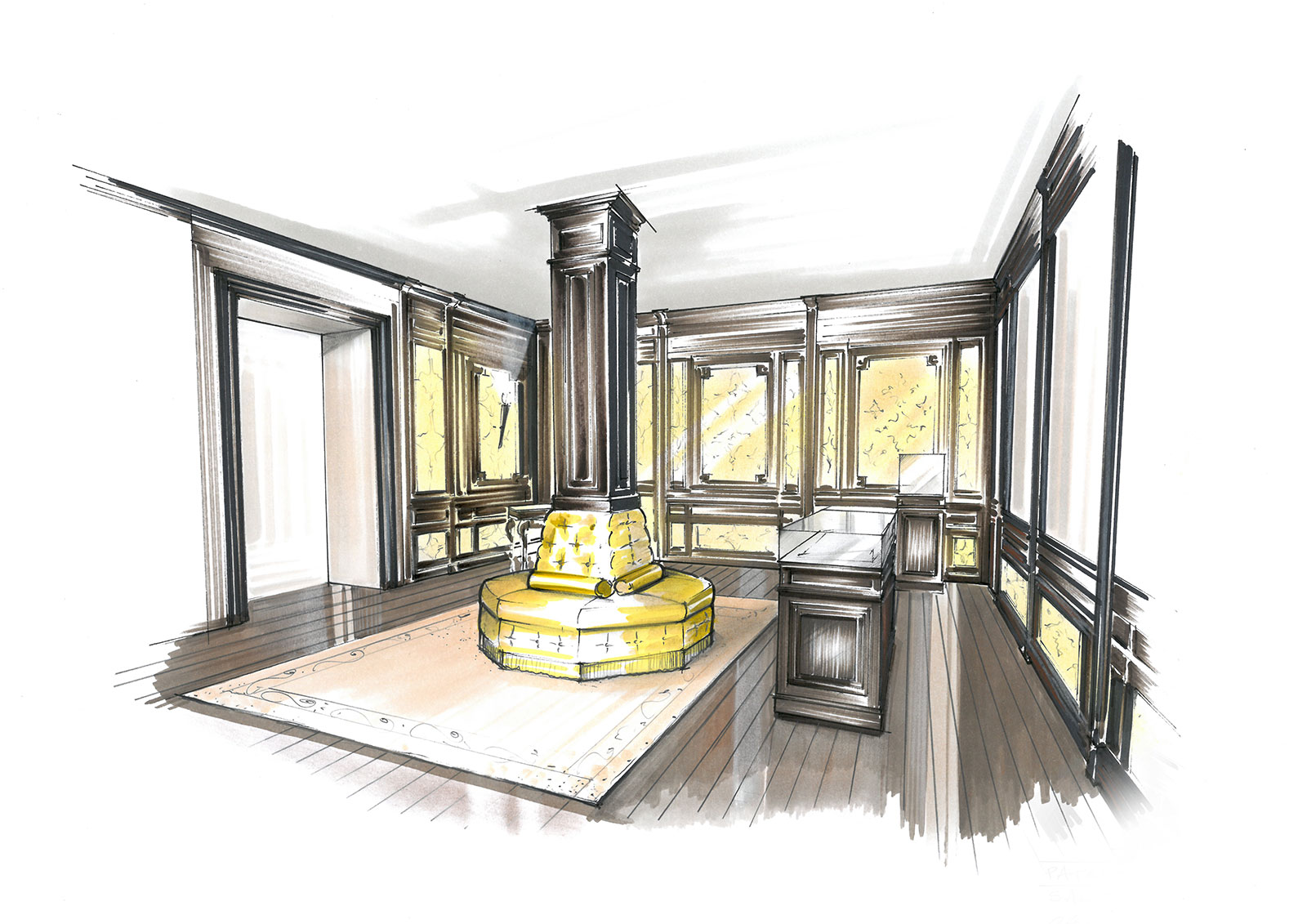 The importance of the event is underlined by who will be attending: Patek Philippe president Thierry Stern, sales chief Jerome Pernici and watch development head Philip Barat, as well as Sandrine Stern, the head of the design department at the manufacture. And the chief local host will be Deepa Chatrath, the General Manager of Patek Philippe in the region.

Lastly, the commemorative edition watches that will be produced for the exhibition have yet to be announced. Expect news on them closer to the date.

For ticket booking, please visit the dedicated microsite on Patek.com.