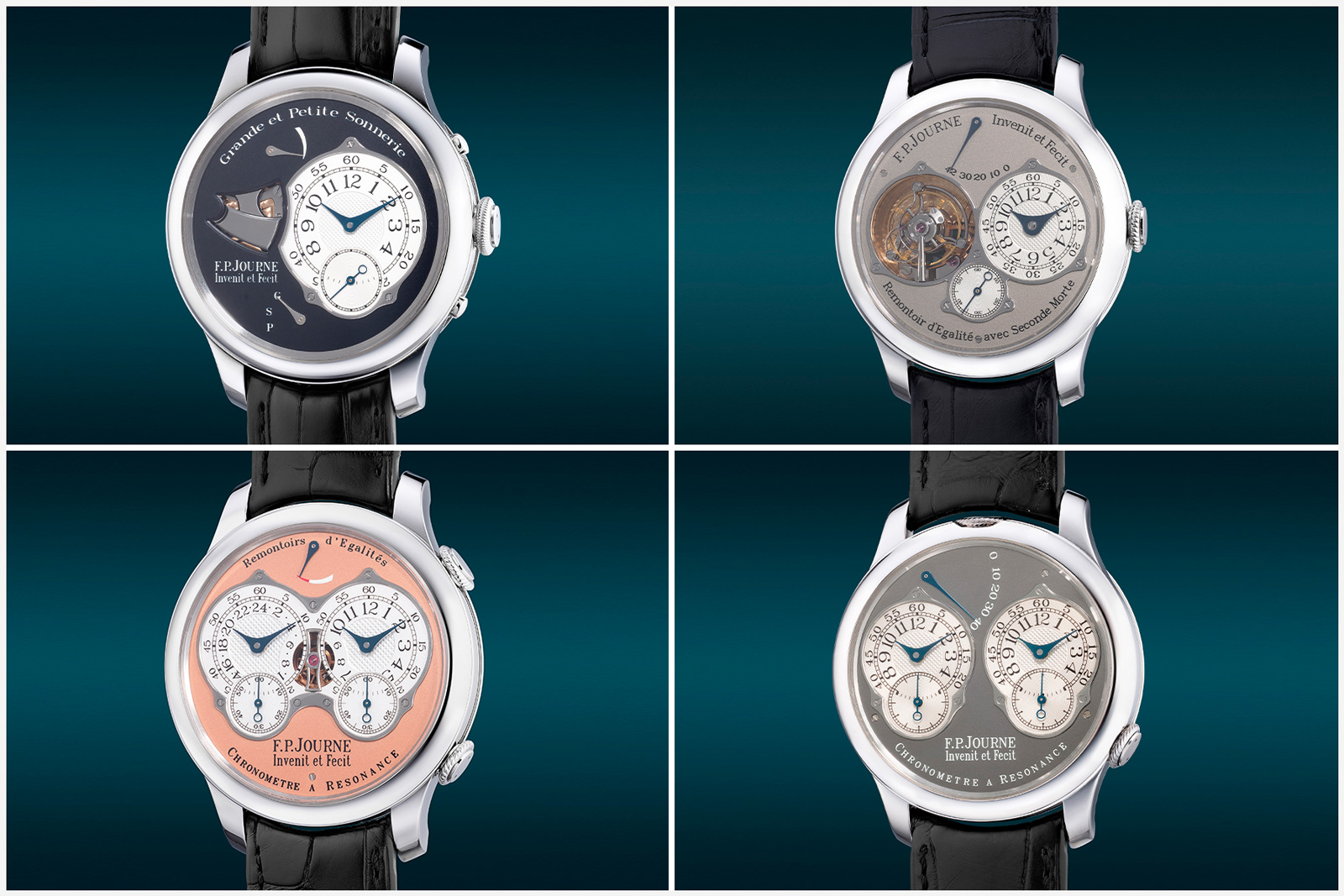 Le Concours de Complexité is probably the smallest watch auction ever conducted by Phillips. Taking place online from January 13-20, the sale comprises just 11 watches. But all 11 are F.P. Journe watches, including important models like a Sonnerie Souveraine, Chronomètre à Résonance Ruthenium, and Centigraphe Anniversaire. So while the quantity is modest, the quality and value are high.

And the watches all come with impeccable provenance. The former owner is a prominent businessman from Southeast Asia who is active real estate development. He purchased most of them brand new and has clearly kept them in immaculate condition.

Le Concours de Complexité begins on January 13 and will run until January 20. Bidding and the catalogue can be accessed on Phillips.com.

Below we round up a trio of highlights from the sale. 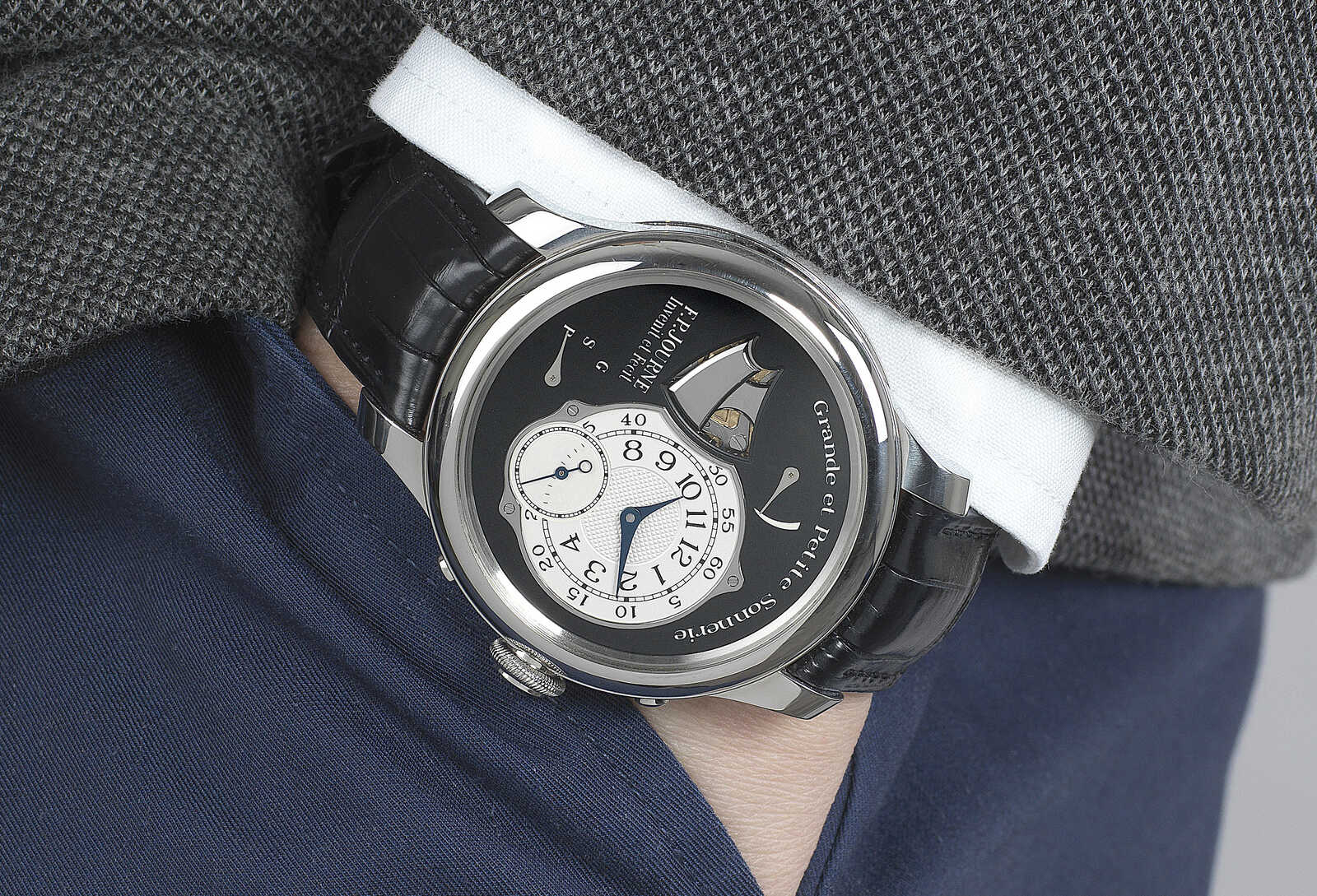 Synonymous with the independent watchmaker, the Resonance is correctly regarded as one of the most ingenious creations in contemporary watchmaking. Francois-Paul Journe was the first to implement the concept in a wristwatch, having been inspired by 18th century clocks operating on the principle of resonance.

This example is one of the Ruthenium series that was launched in 2001. The name comes from the fact that the dial and brass movement bridges are plated in ruthenium, giving them a dark grey finish. Notably, the Ruthenium editions are the last F.P. Journe models to utilise brass movement bridges, which were then replaced by bridges of 18k red gold. 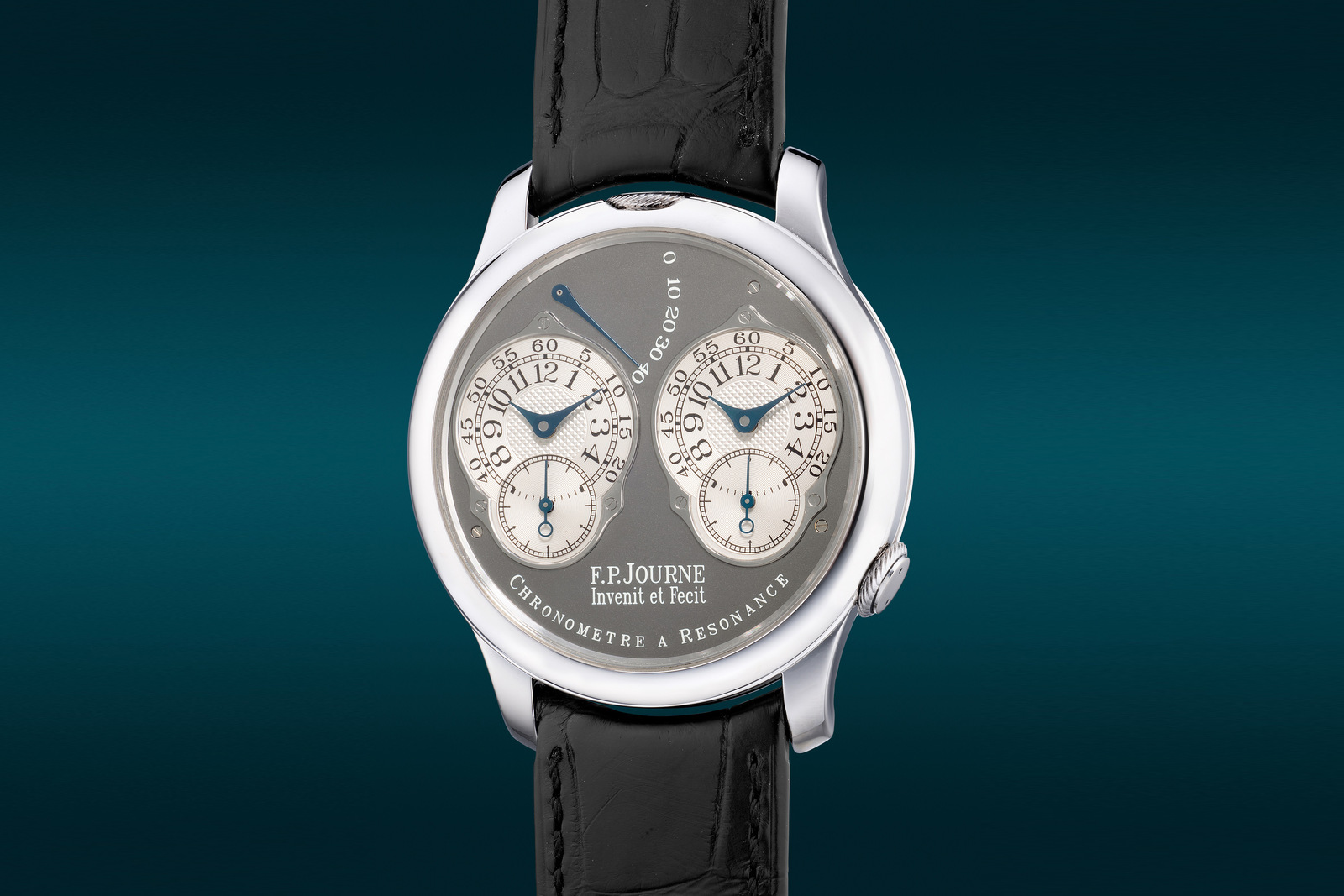 Interestingly, while the black dial might imply this is a Black Label edition, it is not. Instead, it features a custom dial made expressly for the owner of the collection. Even more interesting is the fact that is is the watch was first delivered to the owner with a dark blue dial as indicated on the certificate. But according to Phillips, the owner subsequently had the blue dial replaced with this black dial. 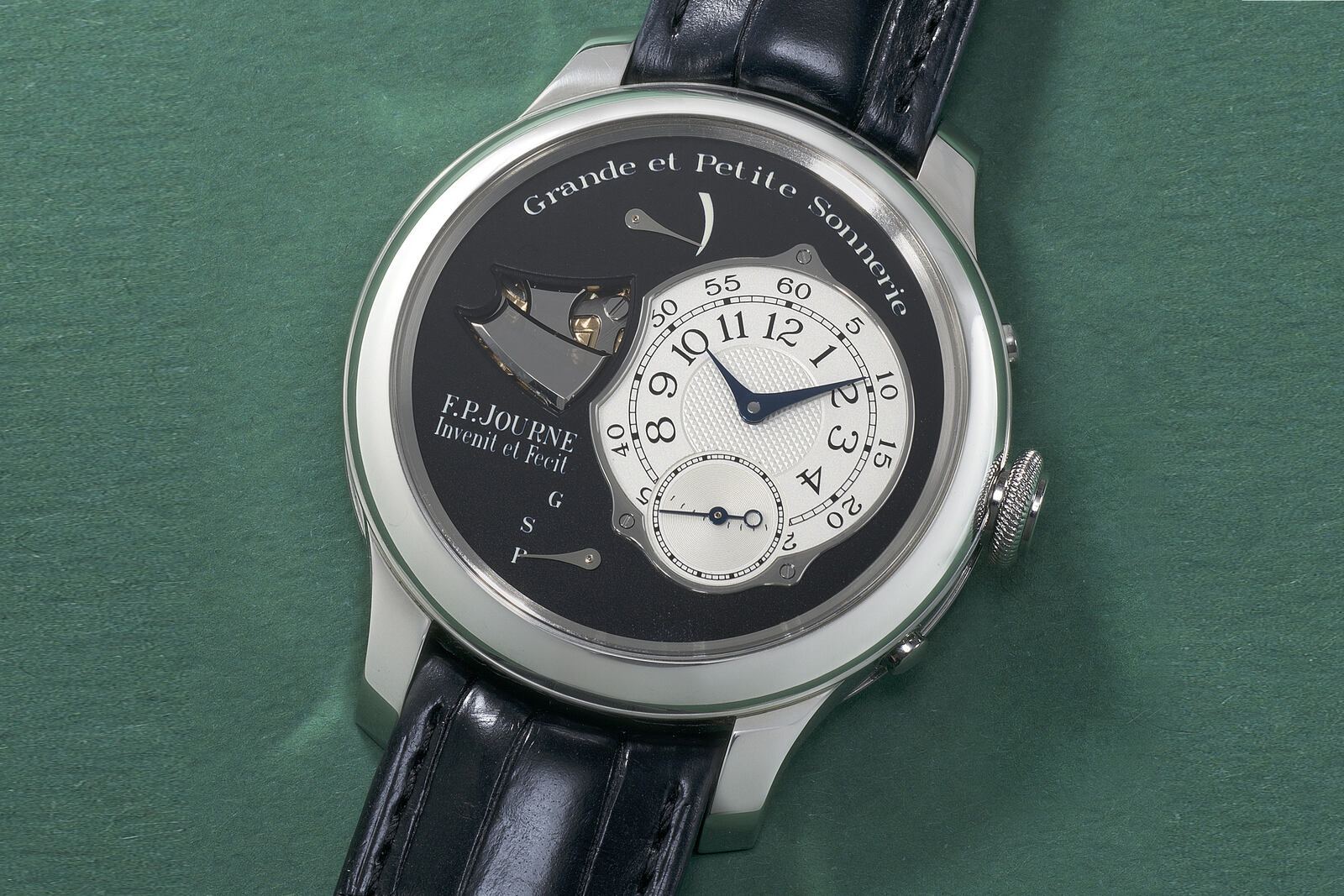 Made to celebrate the 20th anniversary of the Resonance, the Resonance “RQ” is the ultimate evolution of the model in technical terms. As we detailed in our introductory story, the new calibre relies on a single, large barrel driving twin gear trains, each having its own remontoir d’egalite constant-force mechanism.

This example has a platinum case and pink gold dial, one of the more uncommon combinations for the model. The Chronomètre à Résonance “20th anniversary” has an estimate of HK$1.2-2.2 million, or US$150,000-280,000. 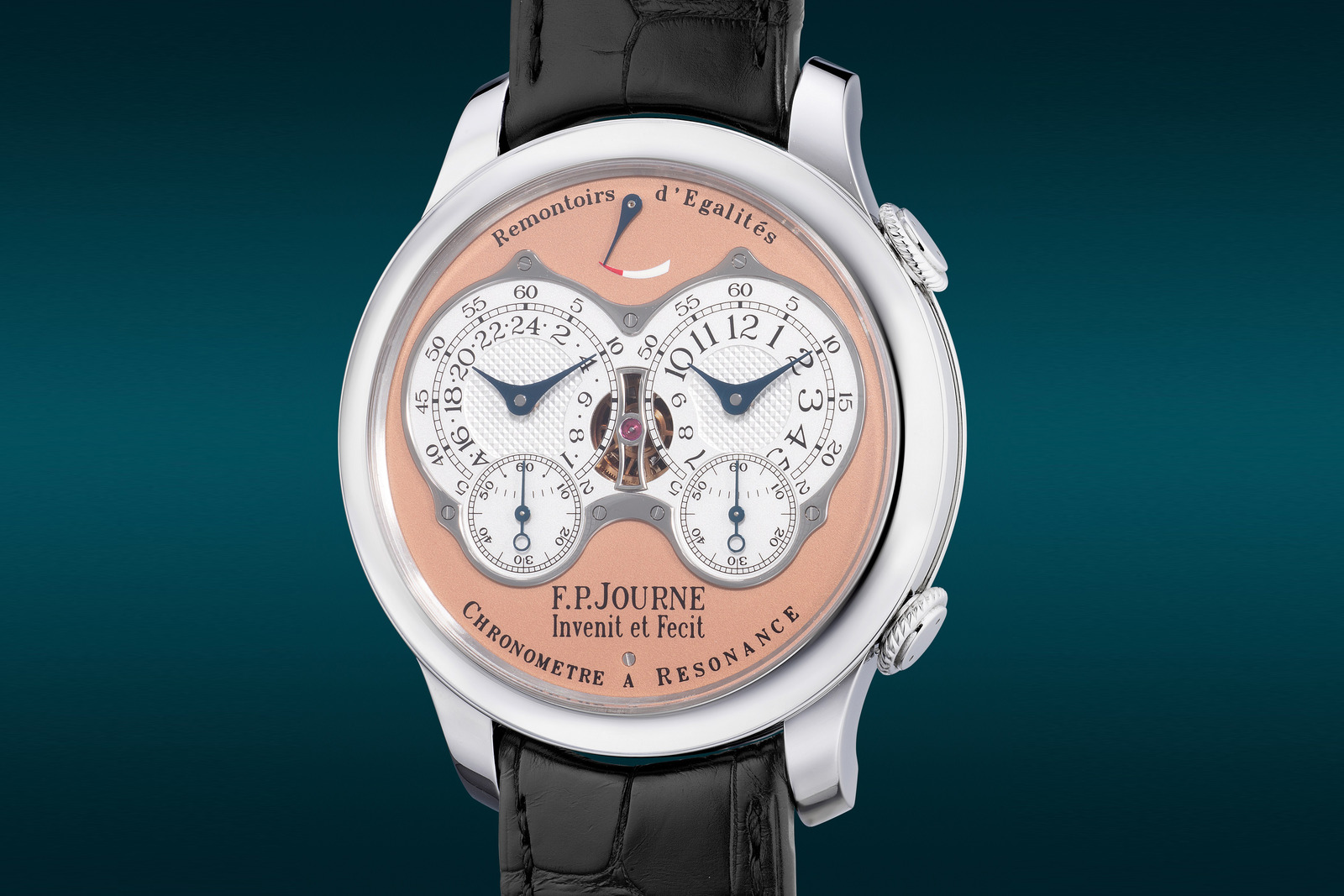 All lots are available for preview by appointment only.

For the full catalogue, as well as viewing appointments and online bidding, visit phillips.com.