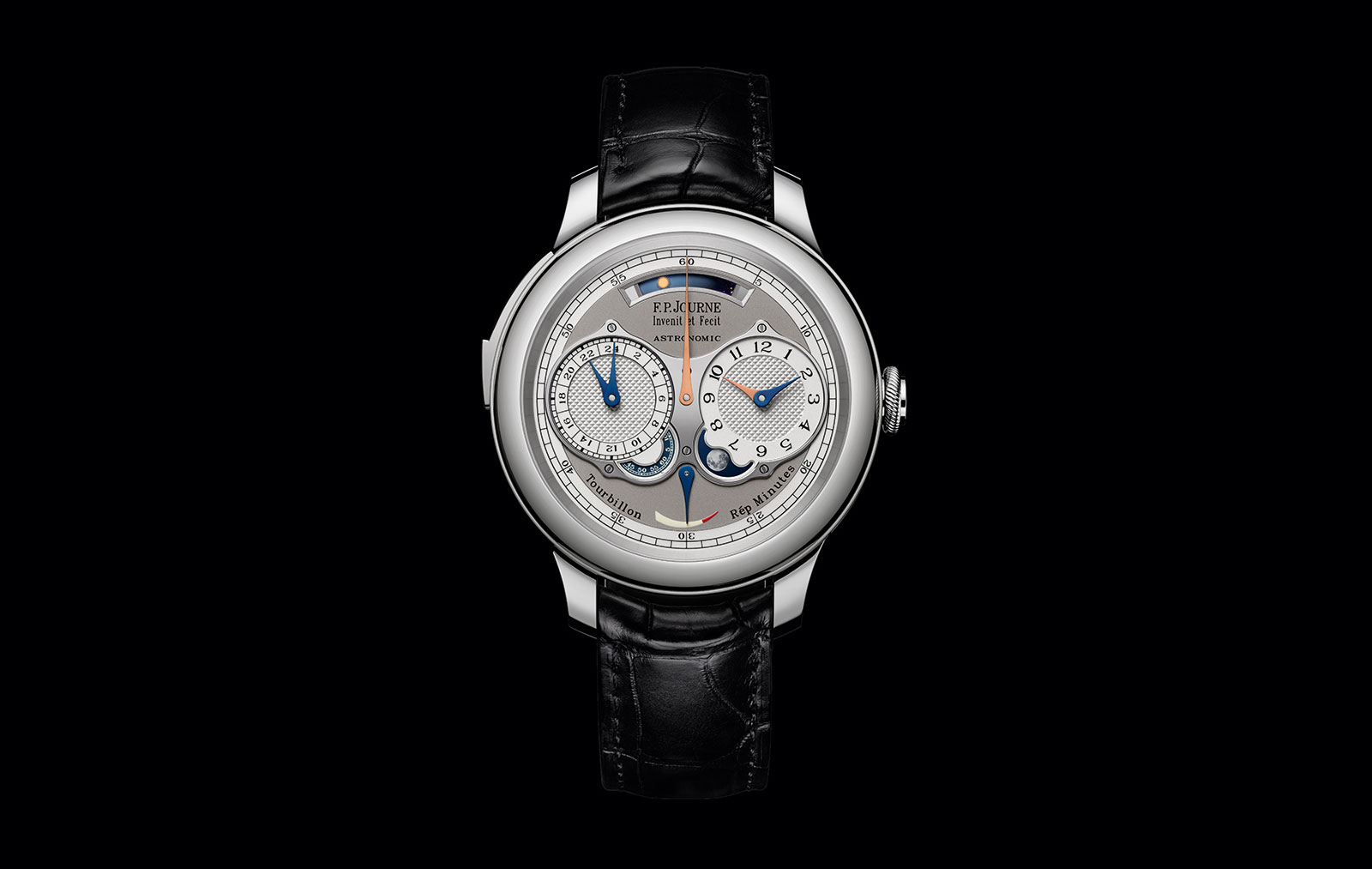 Just days after the F.P. Journe Astronomic Blue made for Only Watch 2019 sold for a record 1.8m Swiss francs, the watchmaker has unveiled the regular production version of the same – the Astronomic Souveraine.

While the last unique F.P. Journe produced for Only Watch eventually made into production in a significantly different form, the Astronomic Souveraine is largely the same.

Save for the steel case, dial colours, and movement decoration, the Astronomic Souveraine is identical to the unique Only Watch creation. 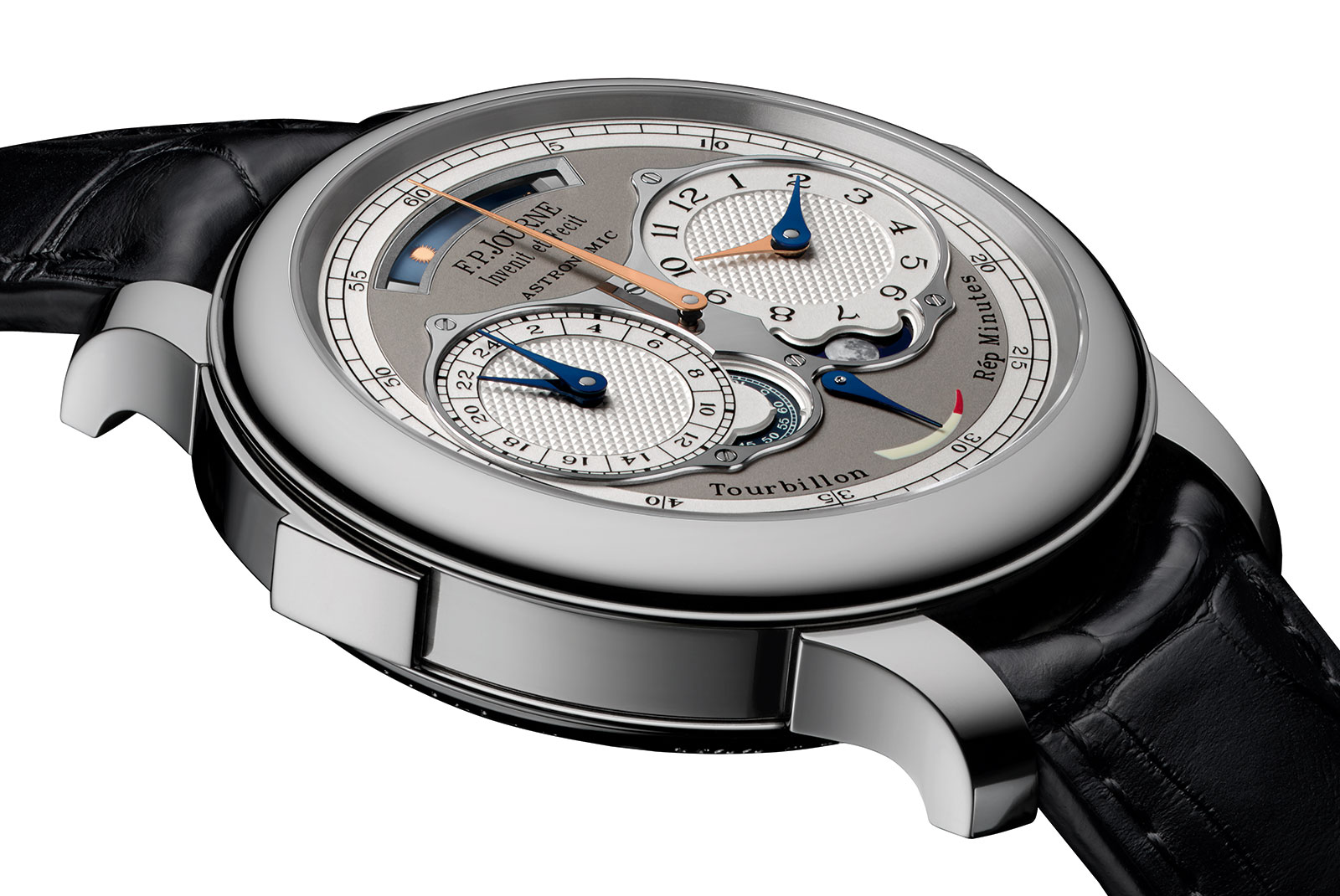 Inspired by a pocket watch Francois-Paul Journe produced in 1987 – itself inspired by the earlier works of Breguet and George Daniels – the Astronomic Souveraine has 18 complications, shown on two faces on each side of the case. 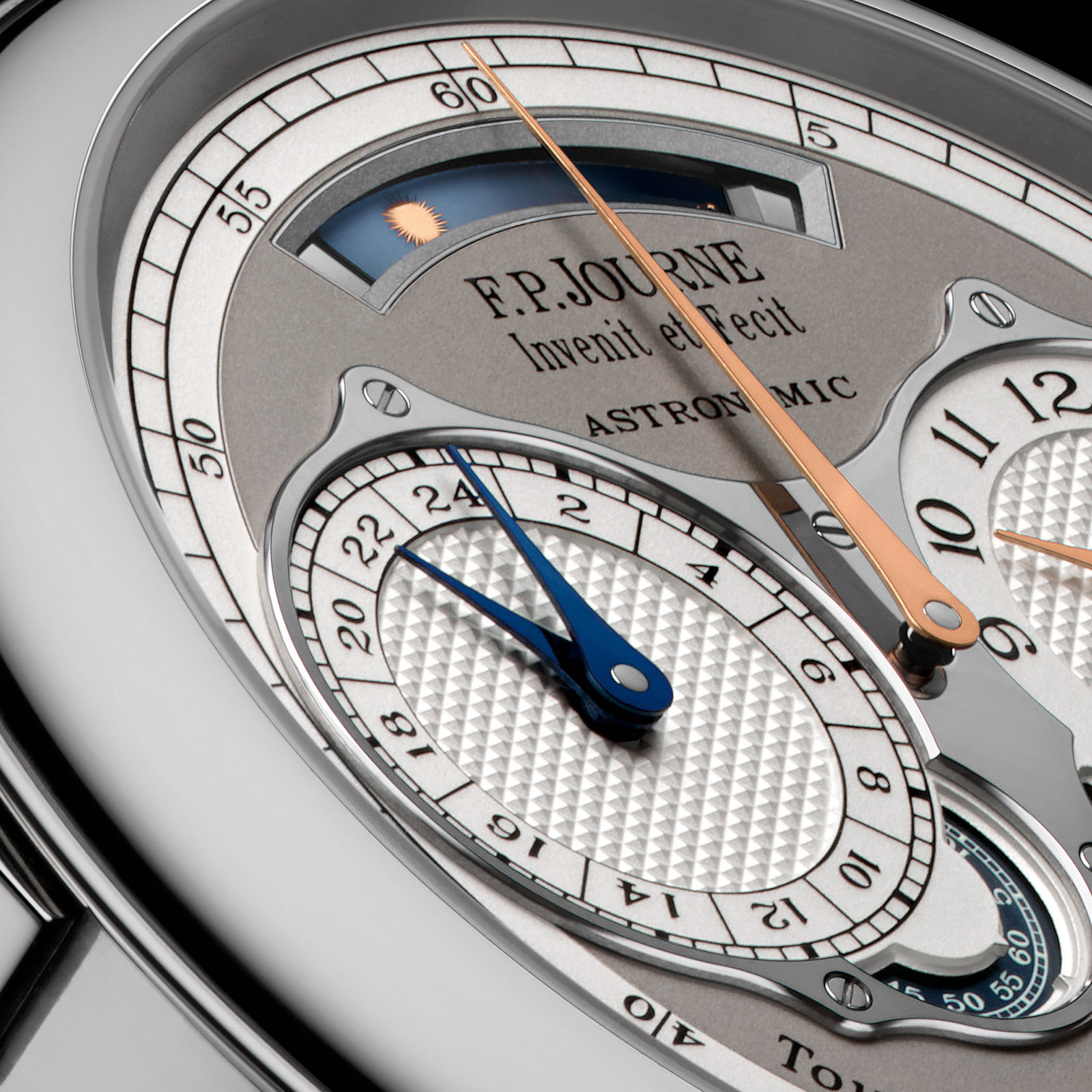 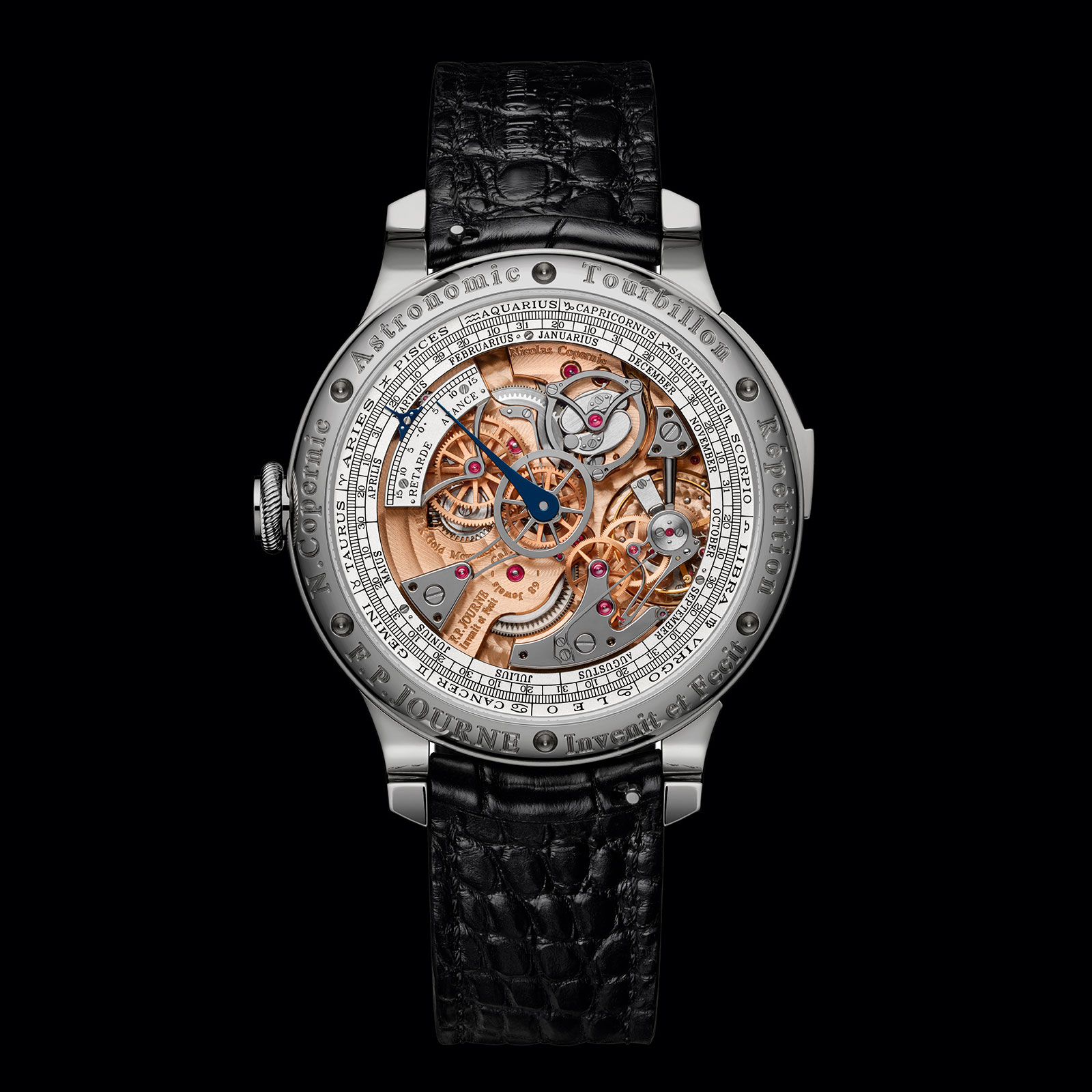 These include showing both mean solar time and sidereal time, as well as an annual calendar, equation of time, tourbillon with remontoir d’egalite constant force mechanism, and a minute repeater. Despite its complexity, the indications are remarkably well-presented, and furthermore, can all be adjusted via a single crown.

Though the case is 44mm wide – the largest wristwatch ever by F.P. Journe – it remains notably compact at just 13.8mm high, helped in part by his ultra-thin minute repeater mechanism with flat hammers and gongs. 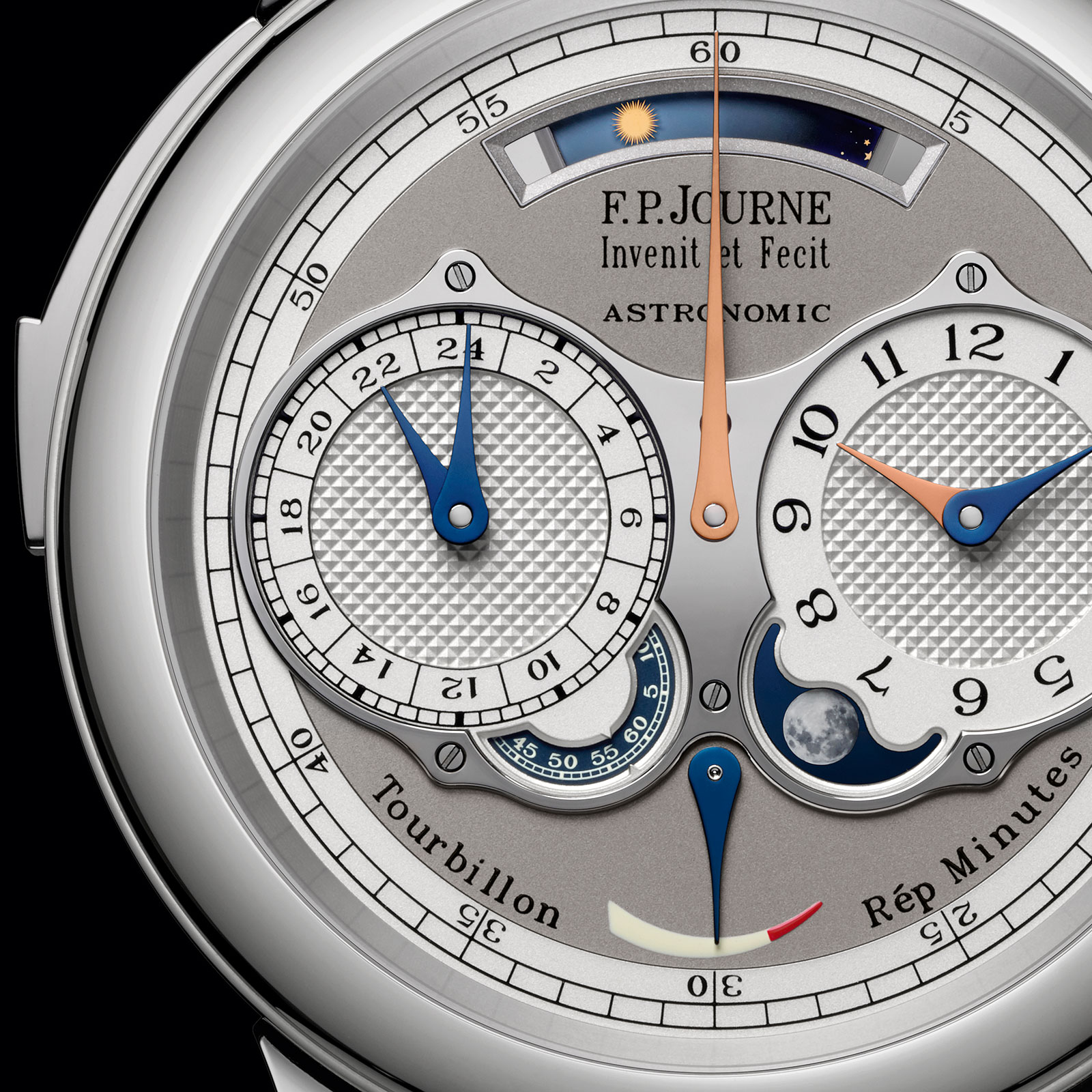 As with most F.P. Journe watches, the dial on the front is solid gold, as are the bridges and plate of the movement.

The 758-part cal. 1619 is equipped with double barrels, which are partly visible beneath a large bridge, providing further depth to the movement architecture. 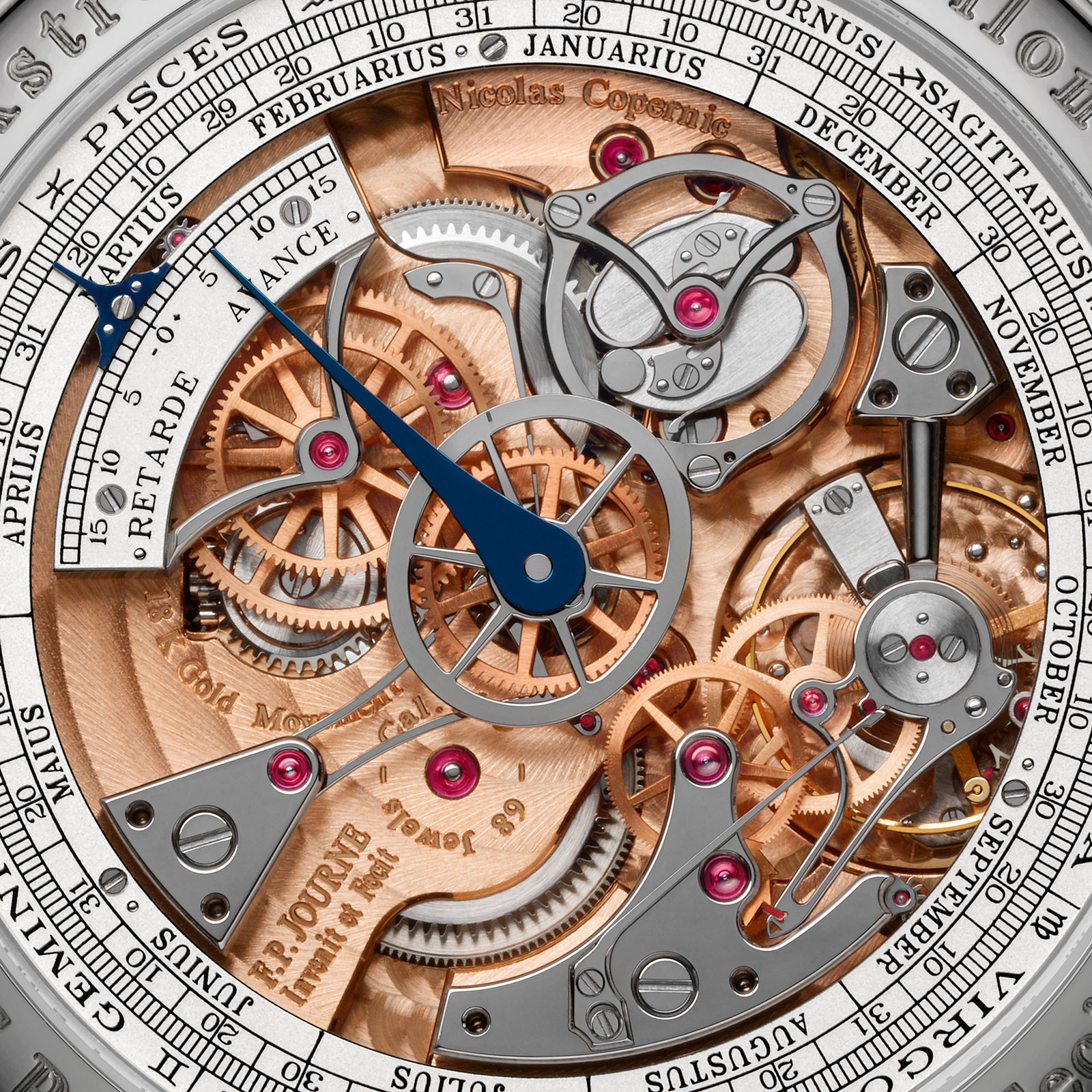 Unlike the Only Watch version that had an unfinished, prototype movement, the production Astronomic Souveraine movement is decorated in the usual F.P. Journe manner. It has circular Geneva stripes on the bridges, polished, bevelled edges and circular graining on the base plate.

The visible steel parts including the cock for the intermediate wheels, the lever and cam for the equation of time, the upper bridge for the governor, as well as the bridges for the remontoir and tourbillon are all black-polished.