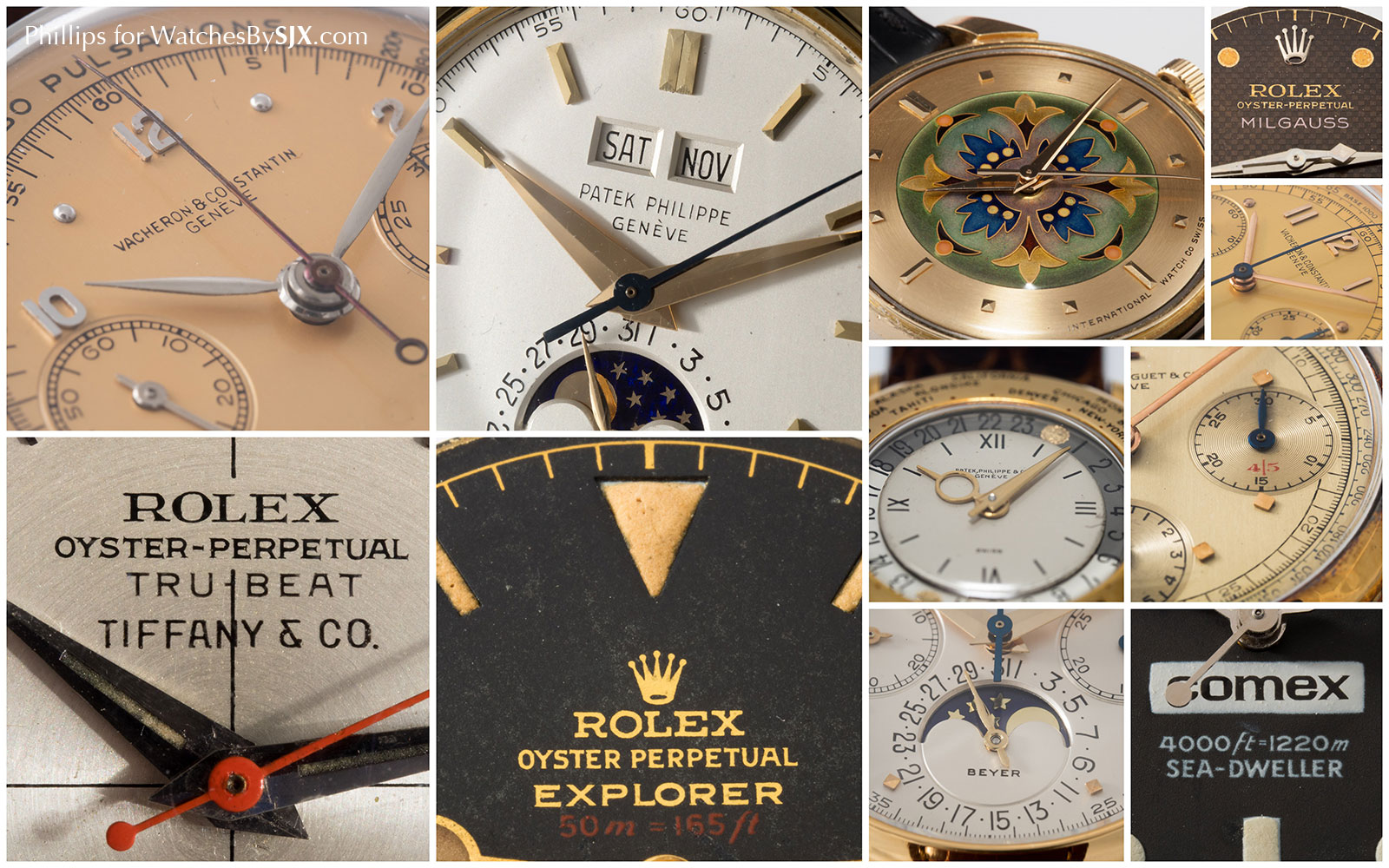 Here’s the second part of a series of highlights from the inaugural Phillips watch sale, “The Geneva Watch Auction: One”, set to take place in Geneva next month. Paul Boutros, International Strategy Advisor at Phillips‘ watch department, has selected just over two dozen highlights from the upcoming Philips sale (see part one for the first instalment). A collector, expert and journalist, Paul’s taste is sophisticated and eclectic, resulting an a dozen varied and interesting timepieces. Lot 62: This is No. 1 of the Vacheron Constantin Malte Chronograph Collection Excellence Platine, which has a case, dial and buckle in 950 platinum. 75 pieces were made in 2006. This is estimated at CHF15,000-25,000. Lot 96: The ref. 2526 was the first automatic Patek Philippe watch, and this is an especially collectible example. The enamel dial is perfect (they are often cracked) and signed “Serpico y Laino”, a Venezuelan retailer of Patek Philippe back in the day. This is fitted with a heavy gold Gay Frères bracelet that was probably added later on. The estimate is CHF25,000-35,000. Lot 102: The Tank Chronograph Monopoussoir is one of Cartier’s rarest modern chronographs, made in a limited edition of 100 pieces each in white and rose gold in 2008. This is estimated at CHF14,000-22,000. Lot 167: This is a rare, early version of the Rolex Explorer. Known as the ref. 6610, this has a gilt dial with the depth rating printed in red. And it’s complete with the guarantee paper dated 1956, chronometer certificate, boxes and tags. The estimate is CHF10,000-15,000. Lot 203: This is an example of Vacheron Constantin’s ref. 4178 chronograph that is in mint condition with lovely definition on the teardrop lugs. The case is pink gold with a two-tone champagne dial. The estimate is CHF50,000-100,000. Lot 223: This is a later production specimen of the Patek Philippe ref. 2497, the brand’s first perpetual calendar with a centre seconds. It’s in yellow gold with UK hallmarks, having been sold in the UK in 1959. “The Geneva Watch Auction: One” will take place on May 10 at the Hotel La Reserve. More details on the sale, including preview days and registration, are available from Phillips.