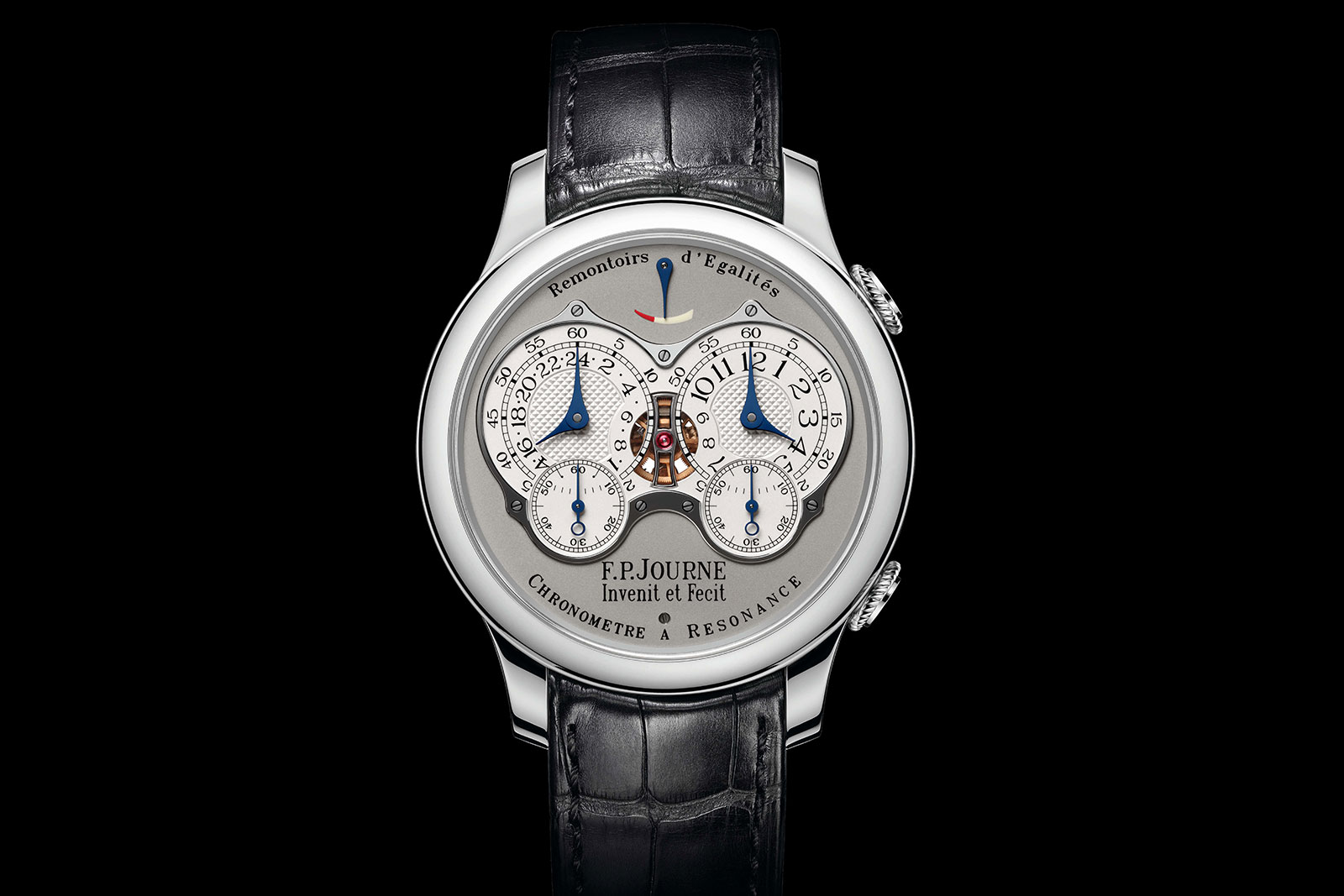 Since its launch in 2000, the Chronomètre à Résonance has perhaps become the quintessential F.P. Journe wristwatch. Still the only wristwatch to rely on the principle of resonance – omitting any mechanical means of transmission – the Résonance has been revamped and improved for its 20th anniversary.

While the Résonance was powered by essentially the same calibre (the cal. 1499 in several generations) for its first two decades, the new Chronomètre à Résonance is equipped with the brand-new cal. 1520. Several features set the new movement apart from its predecessor, most notably the use of a single barrel and a remontoir d’egalite constant force mechanism in each going train. 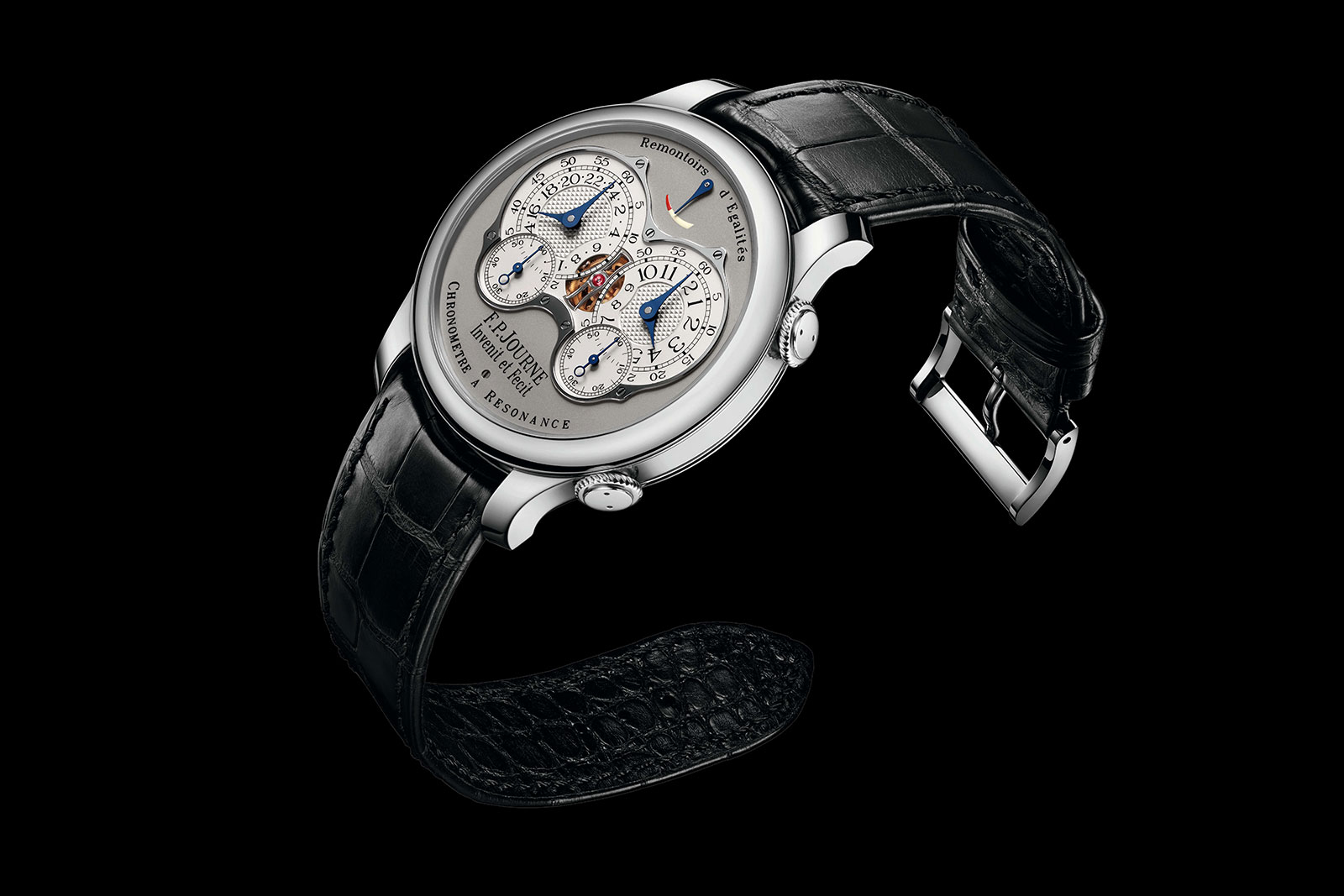 Having learnt a little about the new Résonance from hints dropped by Mr Journe in the past, I was looking forward to this – and the watch lives up to expectations. The basics of the new model are no surprise, since Mr Journe had let on that the movement will incorporate his signature remontoir.

The upgrades to the new movement are sensible both in terms of function and timekeeping. Relying on a single barrel eliminates the finicky and occasionally unreliable double-barrel winding mechanism of the original movement.

But the remontoir installed in each going train is the crucial upgrade as it optimises the going trains before and after the escapement. In the original Resonance movement, both balance wheels oscillate at an identical amplitude at any one time, but the amplitude of both dip together as the power reserve runs down. 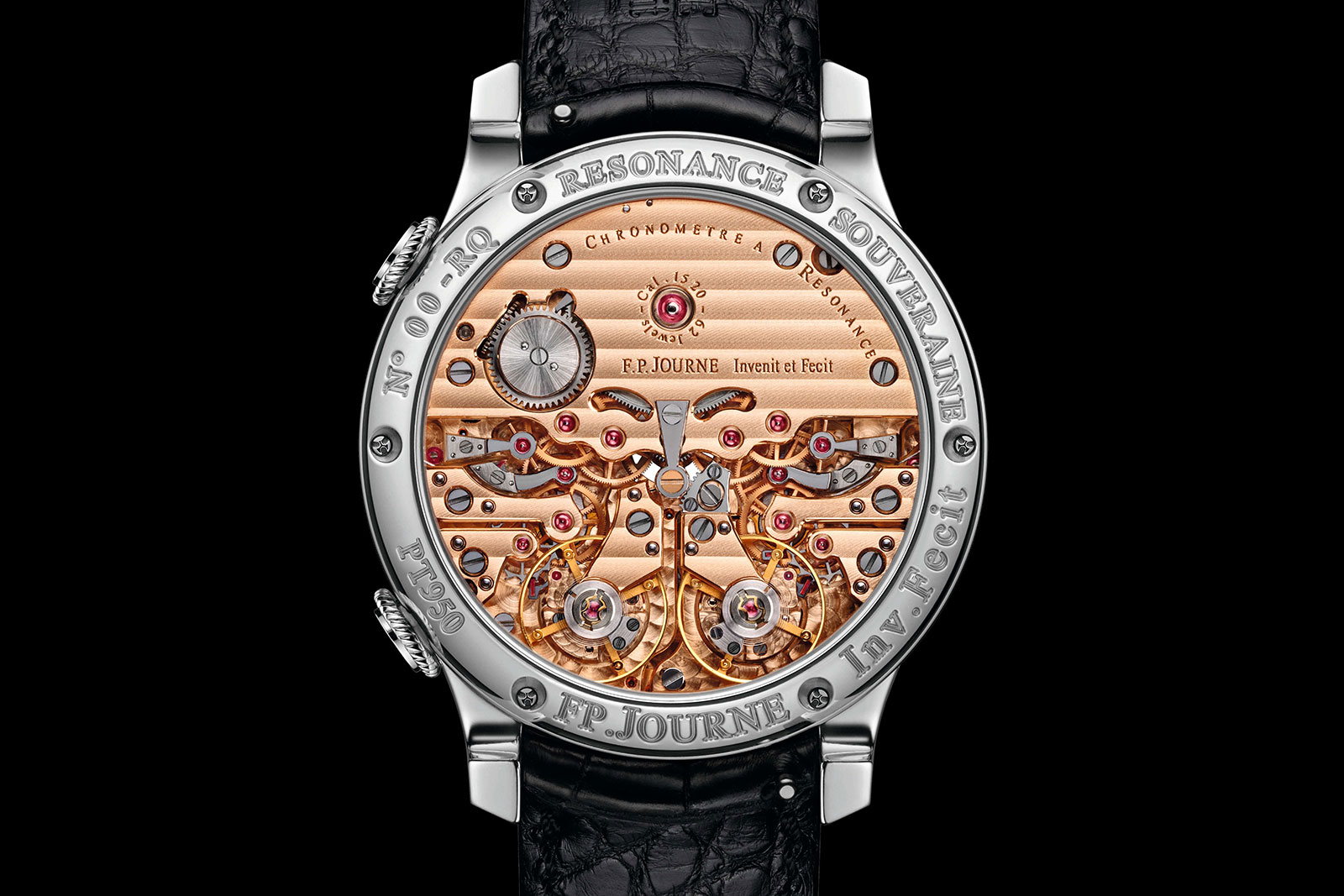 In the new movement, each of the going trains has a constant torque to the escapement, ensuring that the balance wheels oscillate in constant amplitude while the remontoirs are engaged; more on that below. But even after the remontoirs disengage, the effect of resonance means the balances will oscillate at a slightly higher and more stable amplitude than if the movement only had single balance wheel.

The chronometric logic behind the upgrades make the new Resonance more intellectually appealing than the Tourbillon Souverain Vertical, similarly launched to mark 20 years of the tourbillon model. But perhaps more importantly, the new Resonance is moderately sized – especially given the more complex and thicker movement – and not enormous as the tourbillon. Fans of F.P. Journe’s older watches will appreciate the relatively modest size of the new Resonance. 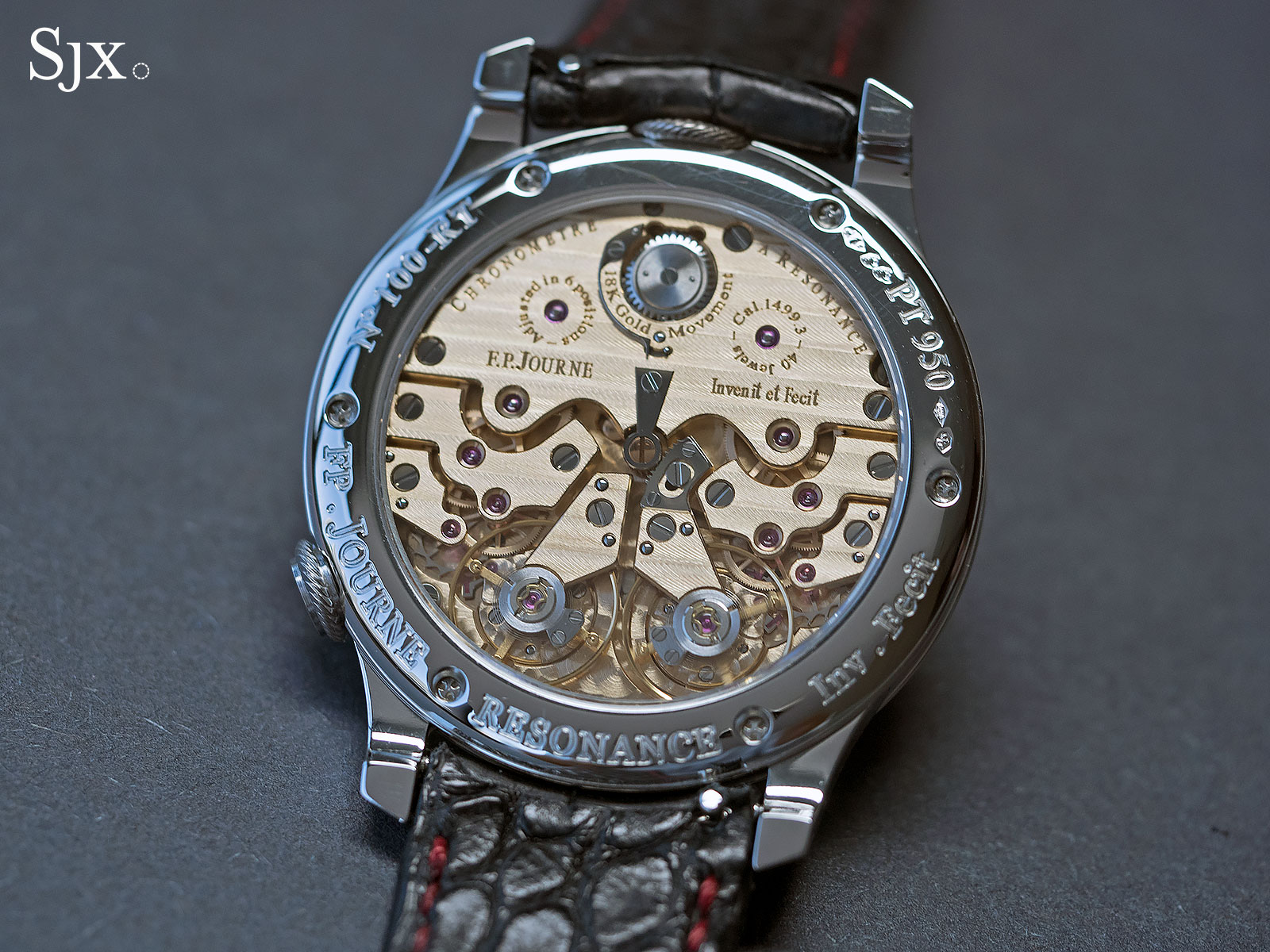 The cal. 1499.3 in the earlier generation of Resonance; note the twin barrels wound by a single crown wheel

The new cal. 1520 has a single, large barrel that has a 42-hour power reserve. The earlier Resonance cal. 1499 had twin, smaller barrels, but also a 42-hour running time.

A differential, which is visible through an aperture on the dial, splits the energy delivered by the single mainspring into two equal portions for each of the independent going trains. 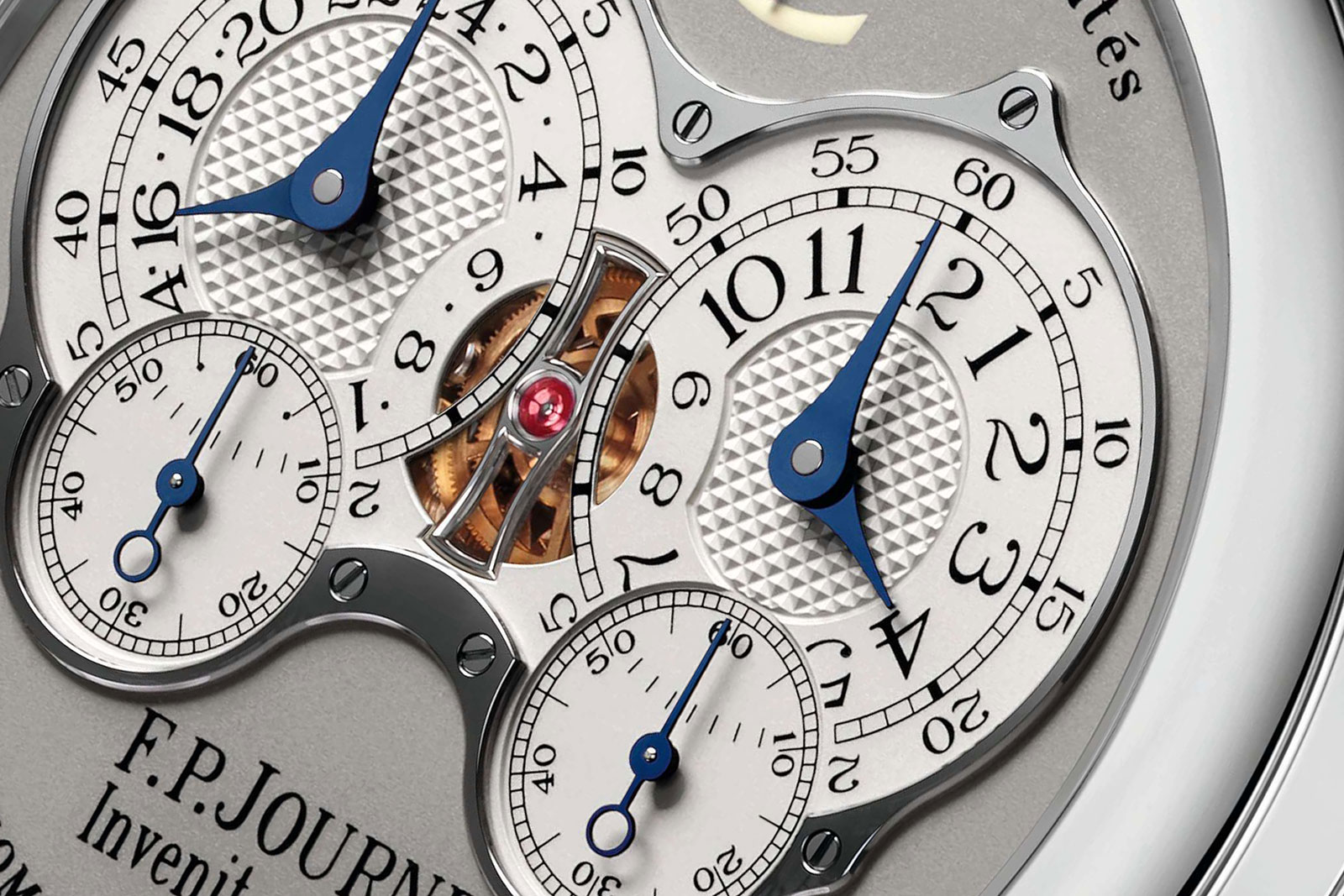 The differential sits in between the two sub-dials

Each train has its own remontoir d’egalite, a constant force mechanism invented by Francois-Paul Journe and found in several of his watches. Though the execution across the varied models differs slightly, the remontoir operates on the same principle: a long, narrow blade spring tensions a pivoting lever that rocks back and forth. The single barrel sitting on a large jewelled bearing (at top centre), with the crown wheel that winds it to the left

One end of the lever has a jewel pallet that releases a ratchet wheel, one tooth at a time, as the lever pivots. As soon as one tooth is released, the blade spring is simultaneously recharged by the going train, and the process starts anew. Because this is a one-second remontoir, the recharge-and-release occurs once a second.

But because the remontoir requires a minimum amount of energy from the mainspring to recharge – and the mainspring now recharges a pair of them – the remontoirs only function for the first 28 hours of the 42-hour power reserve. After the 28-hour mark, the remontoirs do not engage. That, however, remains practical since watches are typically wound daily, or every 24 hours. One half of the movement with the remontoir (at left), and the balance wheel

The addition of the remontoir in each going train appears to have a tangible impact on the function of each balance wheel. Even though the escapements and balance wheels in the new movement are identical to its predecessor, balance amplitude is constant in the new movement at full wind and after 24 hours. In the earlier Resonance movement, amplitude falls slightly after 24 hours, going from 320° to 270°.

But presumably the new movement will see balance amplitude will dip after 28 hours when the remontoirs disengage, meaning that the watch should be wound daily for optimal performance. 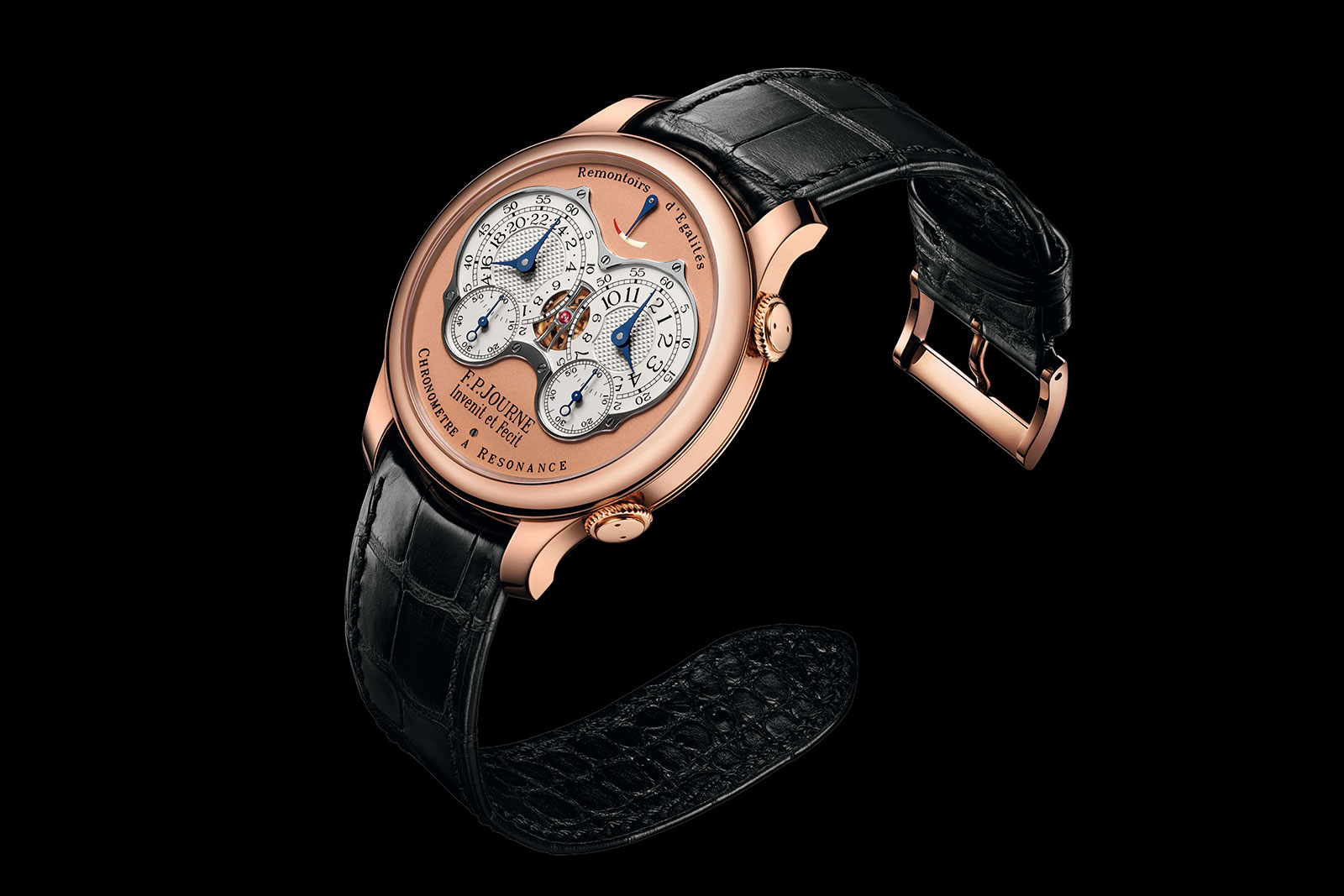 Like most other F.P. Journe watches, the new Resonance is available in either 40 mm or 42 mm (and either in platinum or 18k rose gold). But more importantly, it remains relatively slim.

Even though the new movement is almost double the height of the original – 7.97 mm against 4.2 mm – F.P. Journe has managed to keep the case height down. The case is 11 mm high, a slight and acceptable increase over the 9 mm of the original model. Instead of the awkward 12 o’clock crown in the original, the new model has a crown at two o’clock for winding and time setting. The crown at four o’clock retains its traditional zero-reset function – pull the crown and both seconds hands return to 12 o’clock and instantaneously restart. 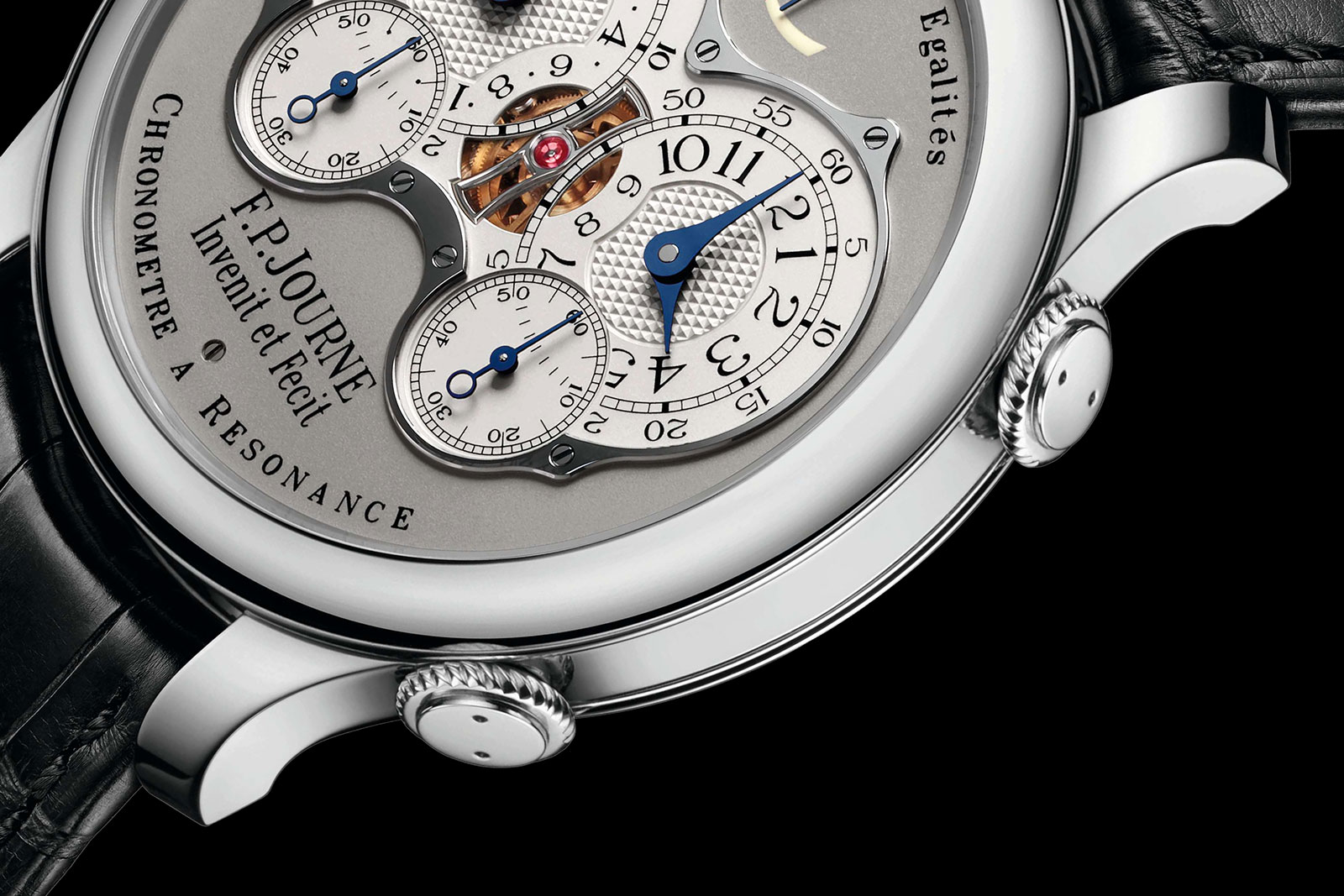 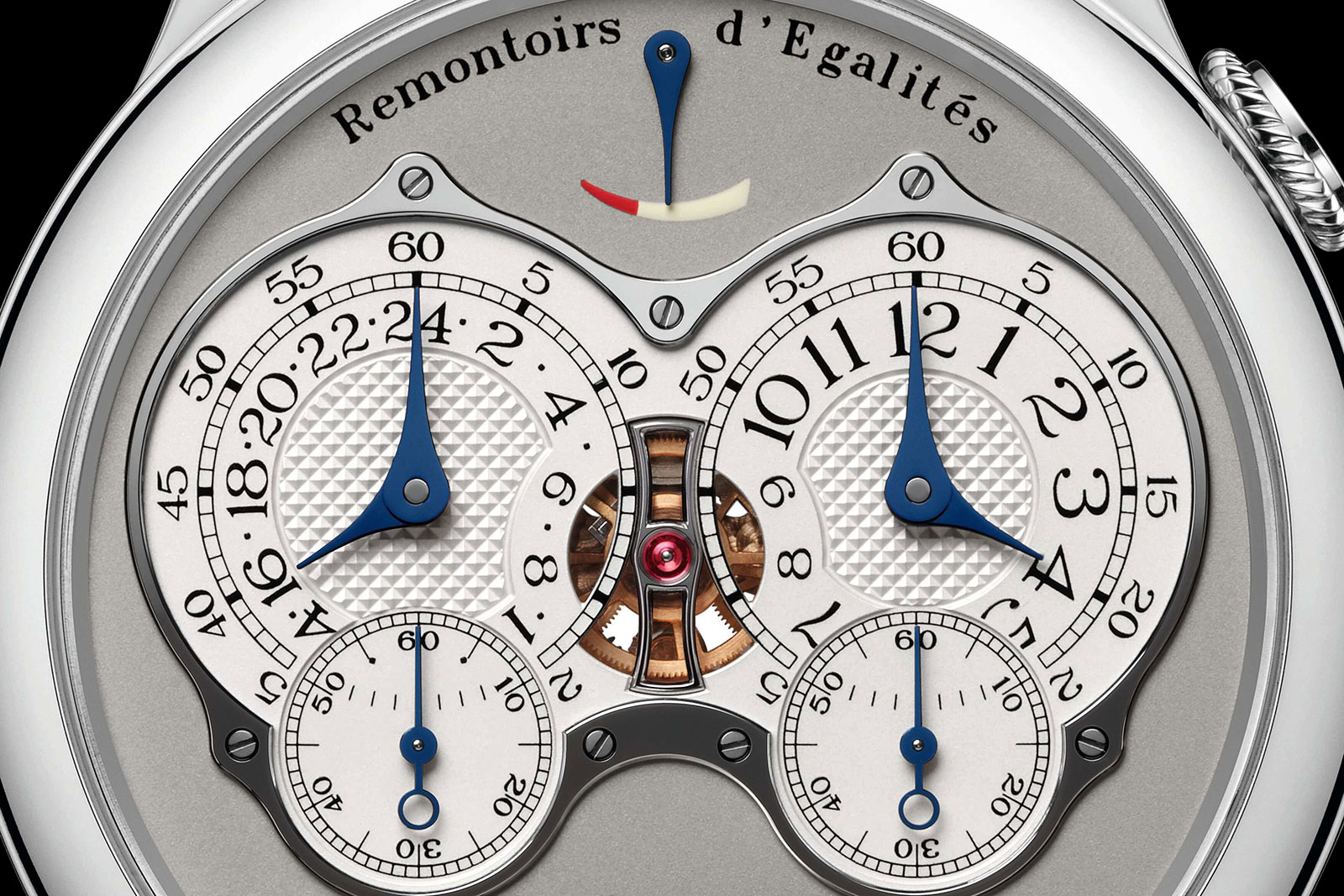