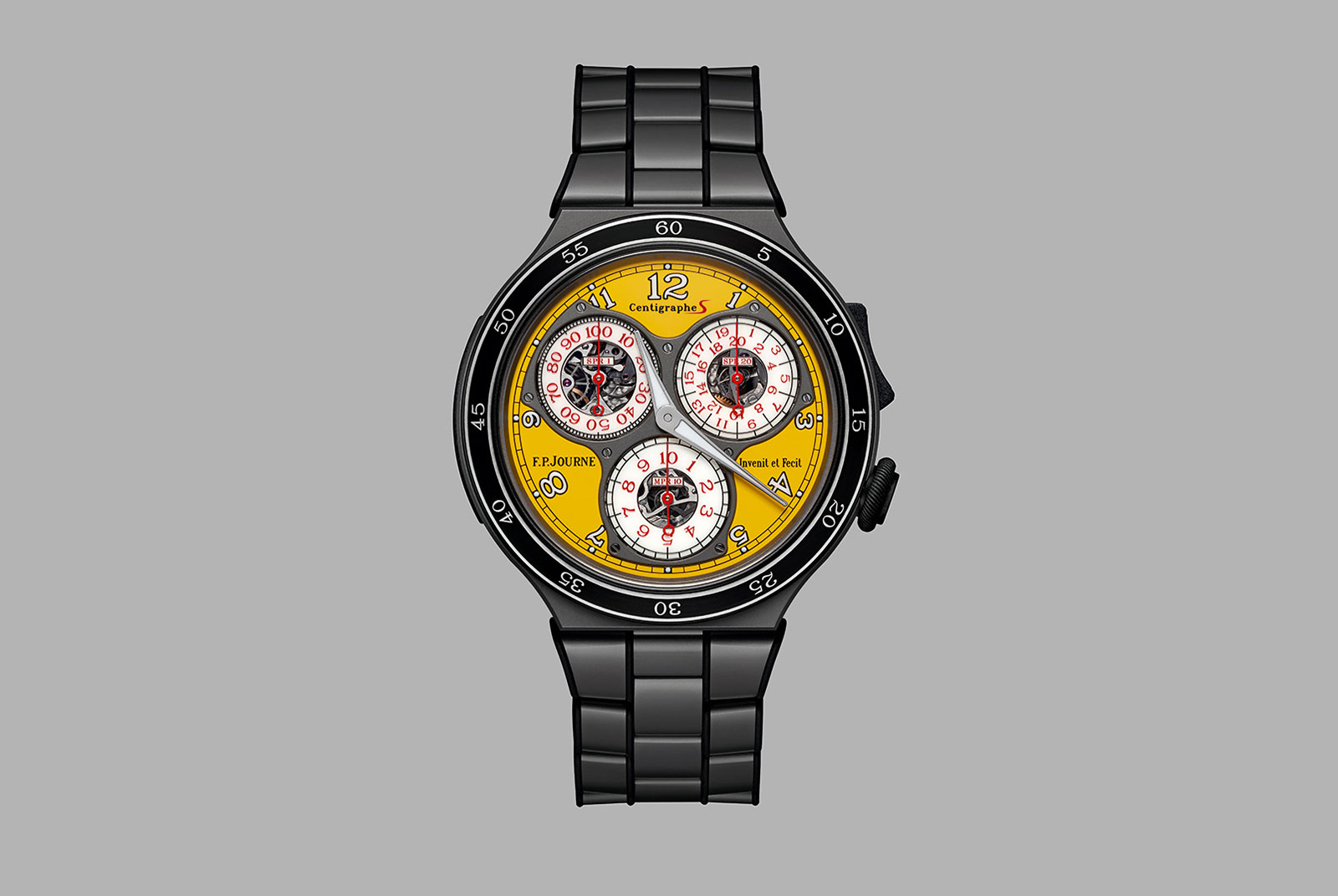 F.P. Journe revealed the outline of the new Line Sport when the Chronograph Monopoussoir Rattrapante made its debut in January. While the overall styling remained the same, preserving elements like the rubber inserts and aluminium movement, the case was enlarged and given a ceramic bezel. Now those improvements have been ported over to the new Centigraphe Sport and Octa Sport.

Both watches have 44mm, titanium cases with matching bracelets, compared to 42mm on the previous generation. As before, the cases and bracelets feature the signature rubber inserts of the Line Sport. Images are not yet available, but platinum and hammered 18k red gold cases will also be available subsequently.

The bezels have a ceramic insert, and both watches contain movements with the bridges and base plate in aluminium for lightness. And most notably, the duo have bright yellow lacquered dials. The Centigraphe with its see-through sapphire registers

The Centigraphe Sport CTS 2 is powered by the ca. 1506, and is technically identical to the earlier generation Centigraphe Sport. It’s hand-wound and has an 80-hour power reserve, which drops to 24 hours if the chronograph is run continuous. The counter at 10 o’clock is a lightning seconds intended to measure 1/100th of a second, with the hand making one revolution every second.

The case is a slim 10.7mm high and in its entirety, including the bracelet, the Centigraphe Sport weighs just 75g. The Octa Sports ARS 2 is indicates the date, power reserve, as well as day or night in a bean-shaped window at nine o’clock. Though the functions are the same as on the outgoing Octa Sport, the second generation has an enlarged date display to suit the larger case. Inside is the self-winding cal. 1300-3 that has a six day power reserve. It’s slightly thicker than the chronograph at 11mm high, but weighs the same 75g. The Octa Sport is priced at SFr36,000, while the Centigraphe Sport is SFr56,000. Both prices include 7.7% Swiss tax. The watches will be available end October at F.P. Journe retailers and boutiques.