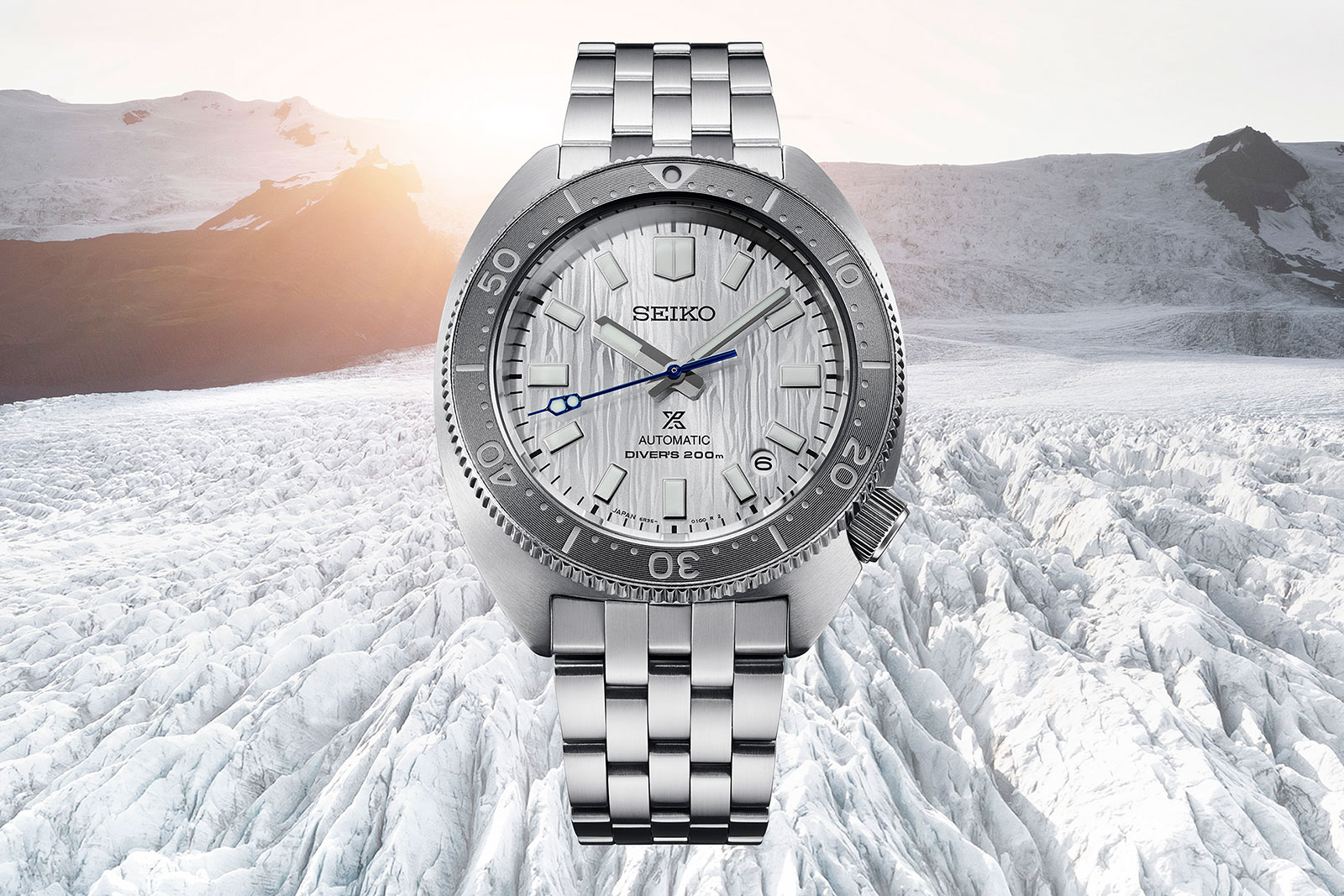 As is its habit, Seiko is marking the 110th anniversary of its first-ever wristwatch with a series of limited editions starting with the recent Presage SBP359. Now the Japanese watchmaker unveils the Prospex Save the Ocean “Seiko Watchmaking 110th Anniversary” based on its “turtle” dive watch but featuring a patterned dial reminiscent of the popular Grand Seiko “White Birch”.

When Seiko first announced limited editions for the 110th anniversary, I was expecting a reissue of the original Laurel wristwatch, which turned out to be spot on. But as a longtime fan of Seiko dive watches, I was hoping for something based on the “Turtle” for the occasion. Well, I am happy to say that the SPB333 does not disappoint.

Though it is easily recognisable as a “Turtle”, it is clear that thought went into the styling. Its designers used the classic diver as a template for gentle experimentation and the result certainly delivers. 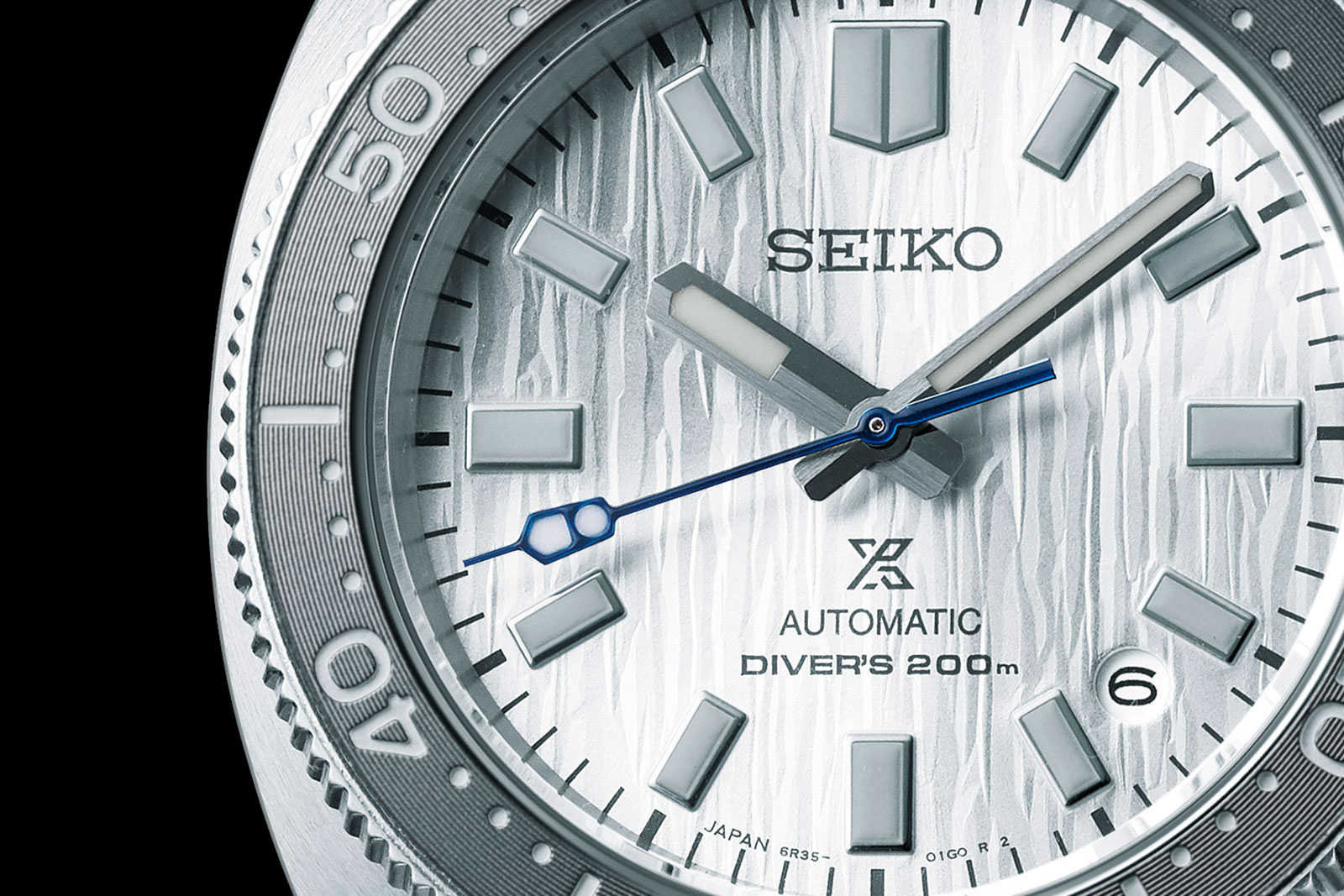 The dial is beautiful and certainly fancier than that on the average Seiko diver. Though ostensibly inspired by glaciers, the textured dial certainly brings to mind the popular “White Birch” pattern found on several Grand Seiko models. This level of dial decoration on a “tool” watch places the SPB333 on my Christmas wish list.

Pattern aside, I do have some bones to pick with the dial design, specifically the date window between four and five o’clock. I find date windows on Seiko divers are far better in the customary position at three o’clock as that better preserves the symmetry, particularly since the hour markers are usually oblong. Another is the fact that it is not exactly a limited edition since 5,000 pieces will be made.

As usual, the SPB333 is priced attractively at US$1,300. It is pretty much a value proposition for anyone who wants a dive watch with an impressive dial that will not break the bank.

The SPB333 takes inspiration from the glaciers of the polar regions, which were explored by Japanese expeditions in the 1960s and 1970s, all of which were equipped with Seiko timekeepers. As a result, the dial is almost entirely silver, including the hands and indices, save for the trademark pointed-baton seconds hand. And the glacier-textured dial is complemented by a grey bezel insert with a concentric patterning.

The rest of the watch is identical to the standard “Turtle”, which is in turn based on the ref. 6105 of 1968 that’s popularly referred to as the “Captain Willard” because the titular character wore it in Apocalypse Now. It’s 41 mm in diameter and 12.3 mm in height, with the cushion-shaped case having the crown at four o’clock. Notably, the brushed steel case has been finished with a “super-hard coating” that boosts scratch resistance. 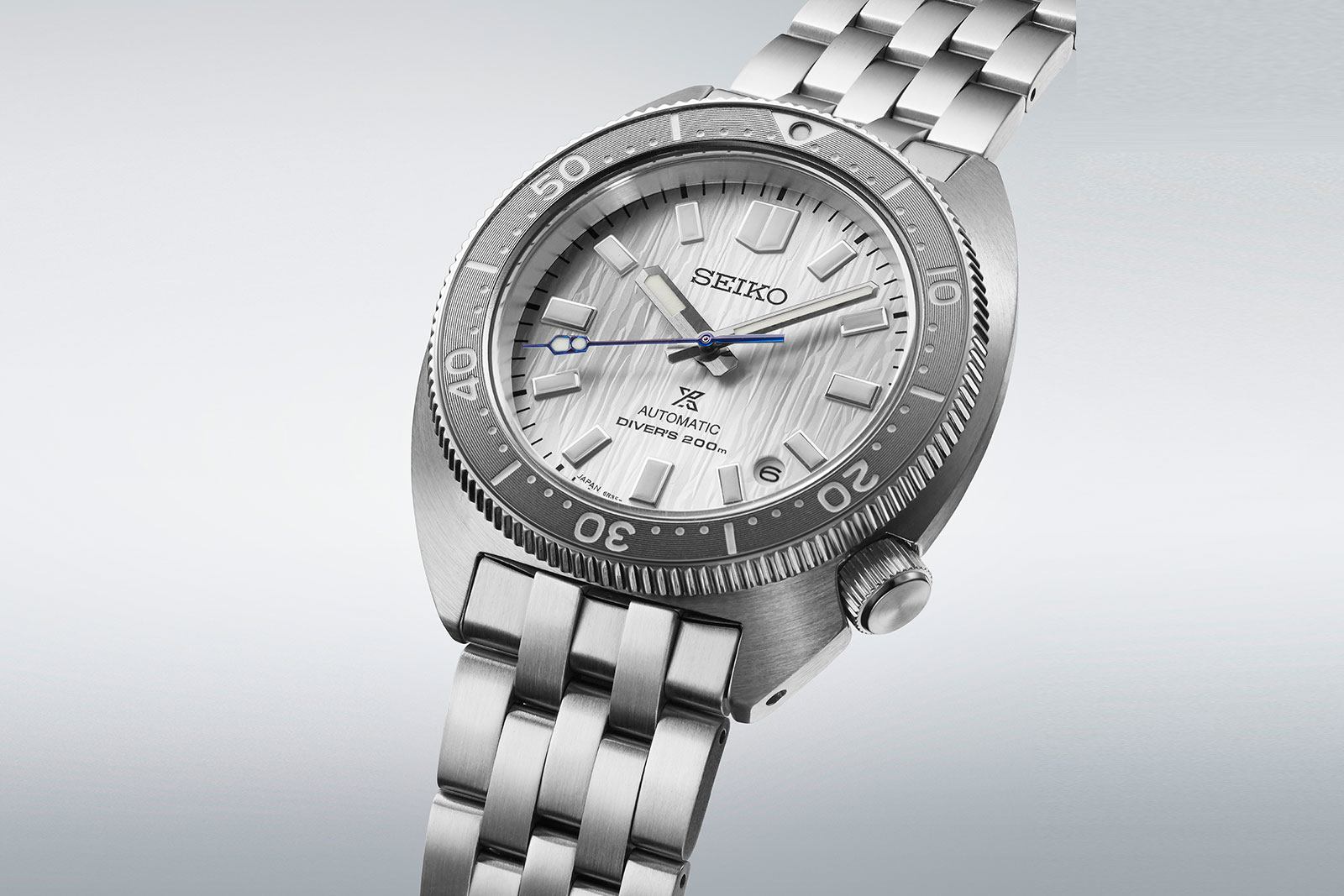 As with the other Prospex models, the SPB333 is powered by the cal. 6R35, a linchpin in Seiko’s mid-tier offerings. Compared to Seiko’s entry-level movements, it has a longer-than-average power reserve of 70 hours. 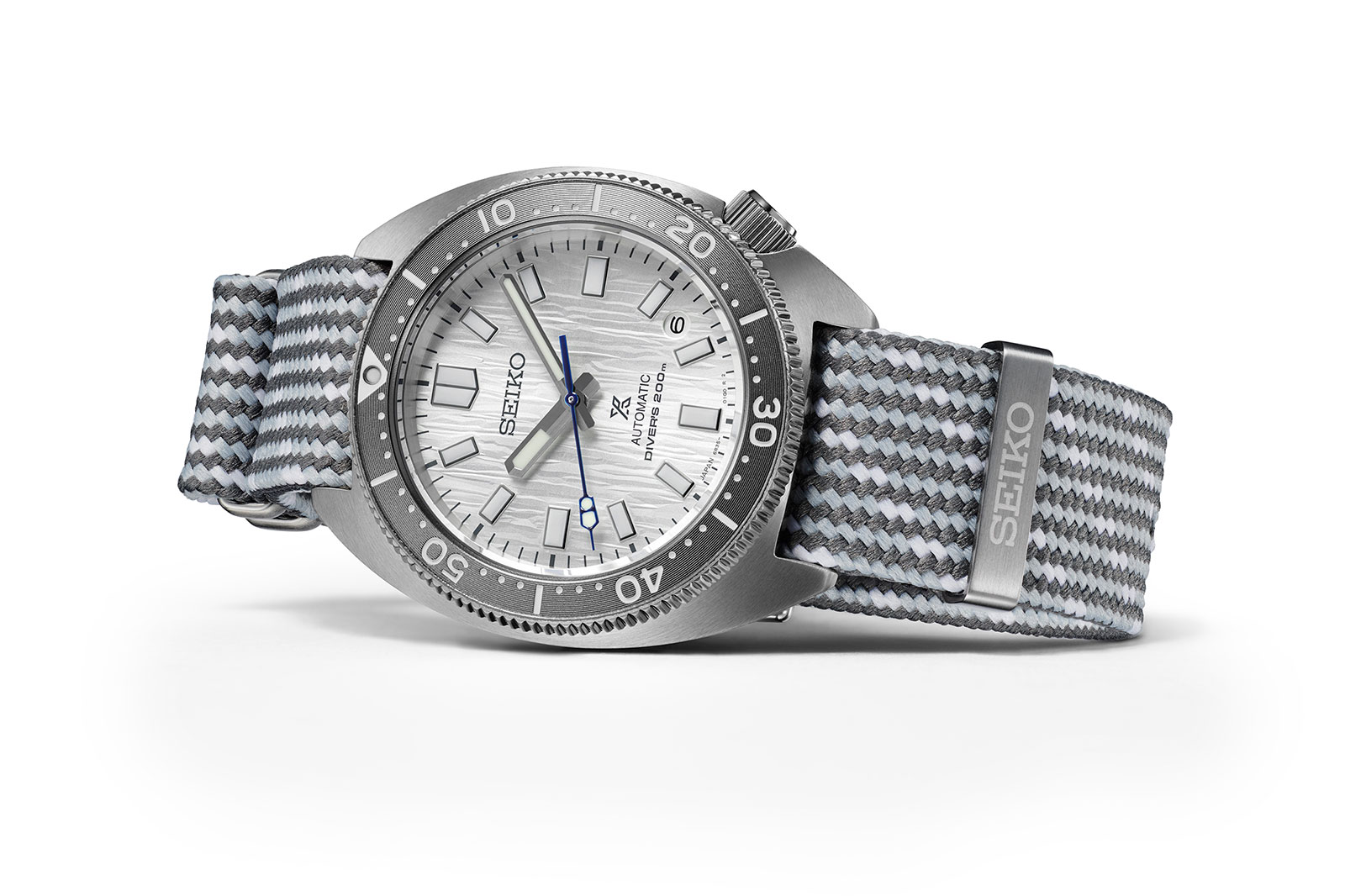