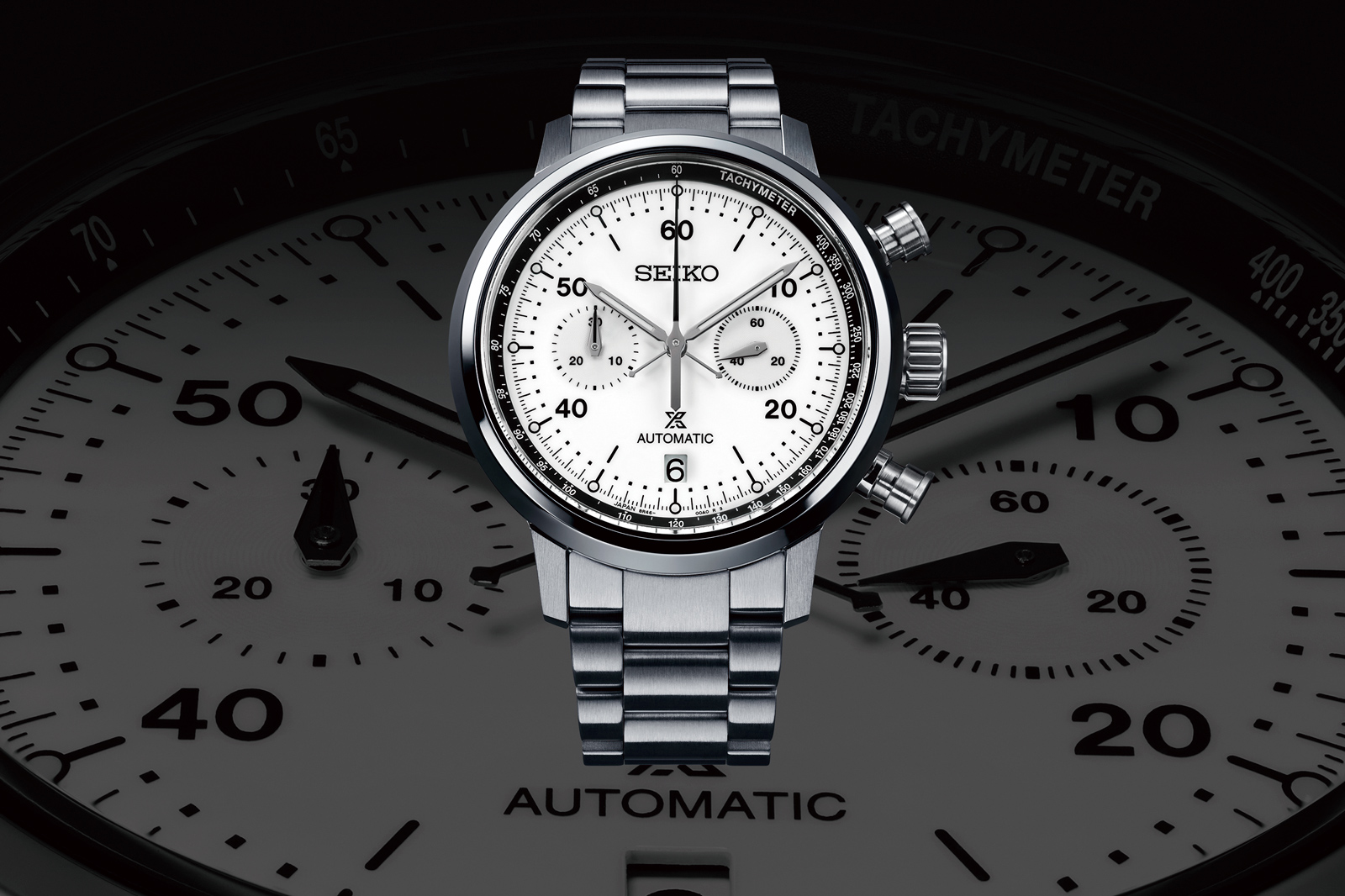 Seiko’s current offerings are wide-ranging in both style and price, but its mechanical chronographs aren’t particularly outstanding – a surprise given the Japanese watchmaker’s historical prominence with the complication. Seiko, after all, was one of the first brands to debut an automatic chronograph in 1969, the same year Zenith unveiled the El Primero.

Closing the gap is the latest launch from Seiko, the Prospex Speedtimer Mechanical Chronograph (refs. SRQ035 and SRQ037), a blend of two historically-significant Seiko chronographs. 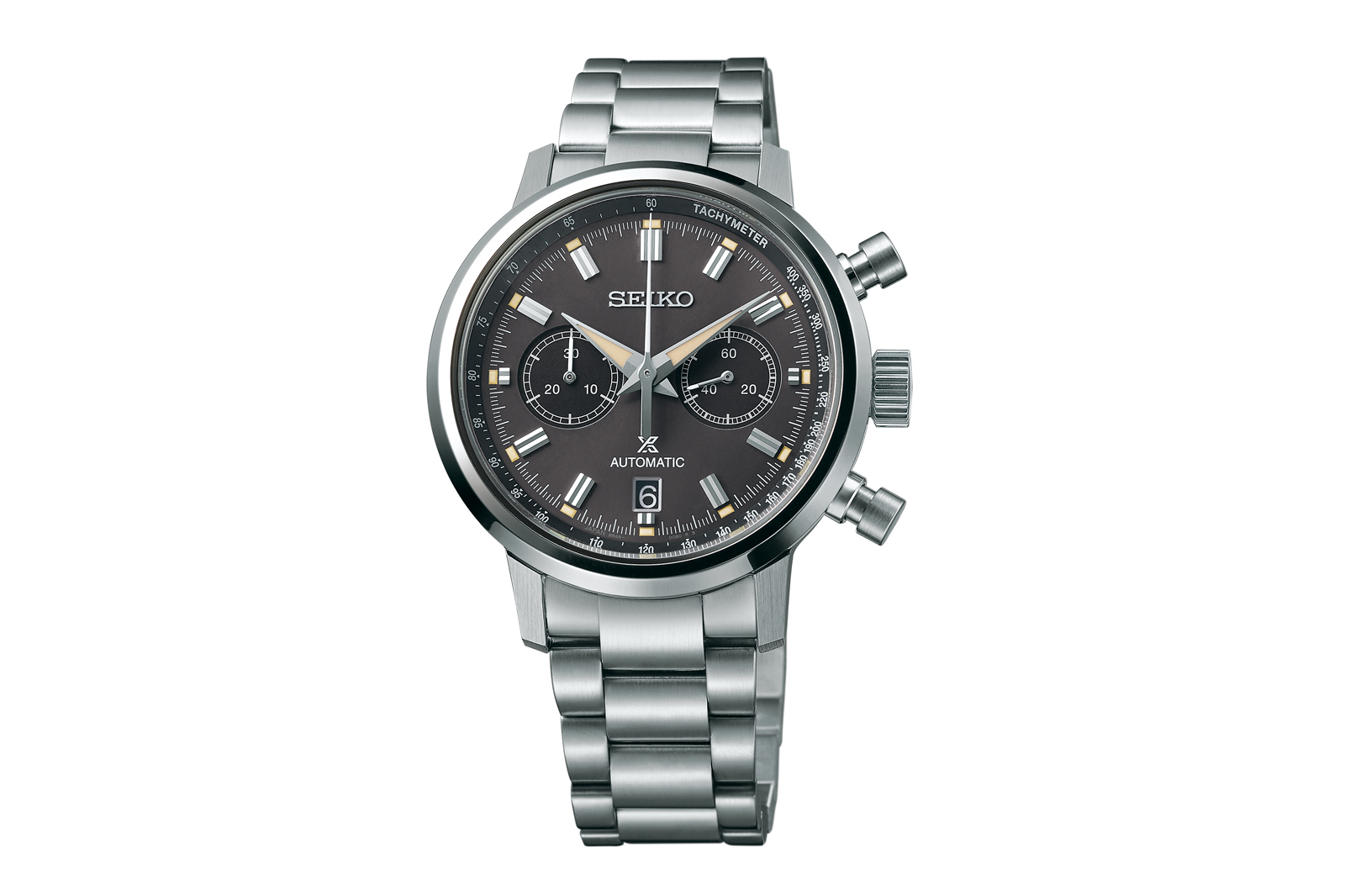 The grey-dial automatic chronograph is based on Seiko’s 1964 chronograph wristwatch, while the white-dial version is modelled on the 1964 stopwatch

Design-wise, it is modelled on the timepieces Seiko conceived for the 1964 Tokyo Olympics where the brand was the official timekeeper, namely a hand-wind chronograph wristwatch and a stopwatch.

But the new Prospex chronograph is a self-winding chronograph with a full-spec movement. So technically, it takes its cues from the the Speedtimer ref. 6139 of 1969. Like the ref. 6139, the new chronograph is equipped with an automatic movement incorporated both a column wheel and vertical clutch for the chronograph.

Seiko has launched countless vintage-inspired models in recent years, with diver’s watches forming the bulk of the remakes, which makes the new chronographs unusual, simple because they are chronographs. At the same time, they are aesthetically unusual since the dials are minimalist with only two counters, instead of the three sub-dials that are typical of Seiko’s modern chronographs.

Between the two, the white-dial ref. SRQ035 is more interesting, despite the clinical look modelled on the 964 stopwatch. It inherits the legibility and functionality of the Olympic timekeeper, explaining the large Arabic numerals on the minutes scale. 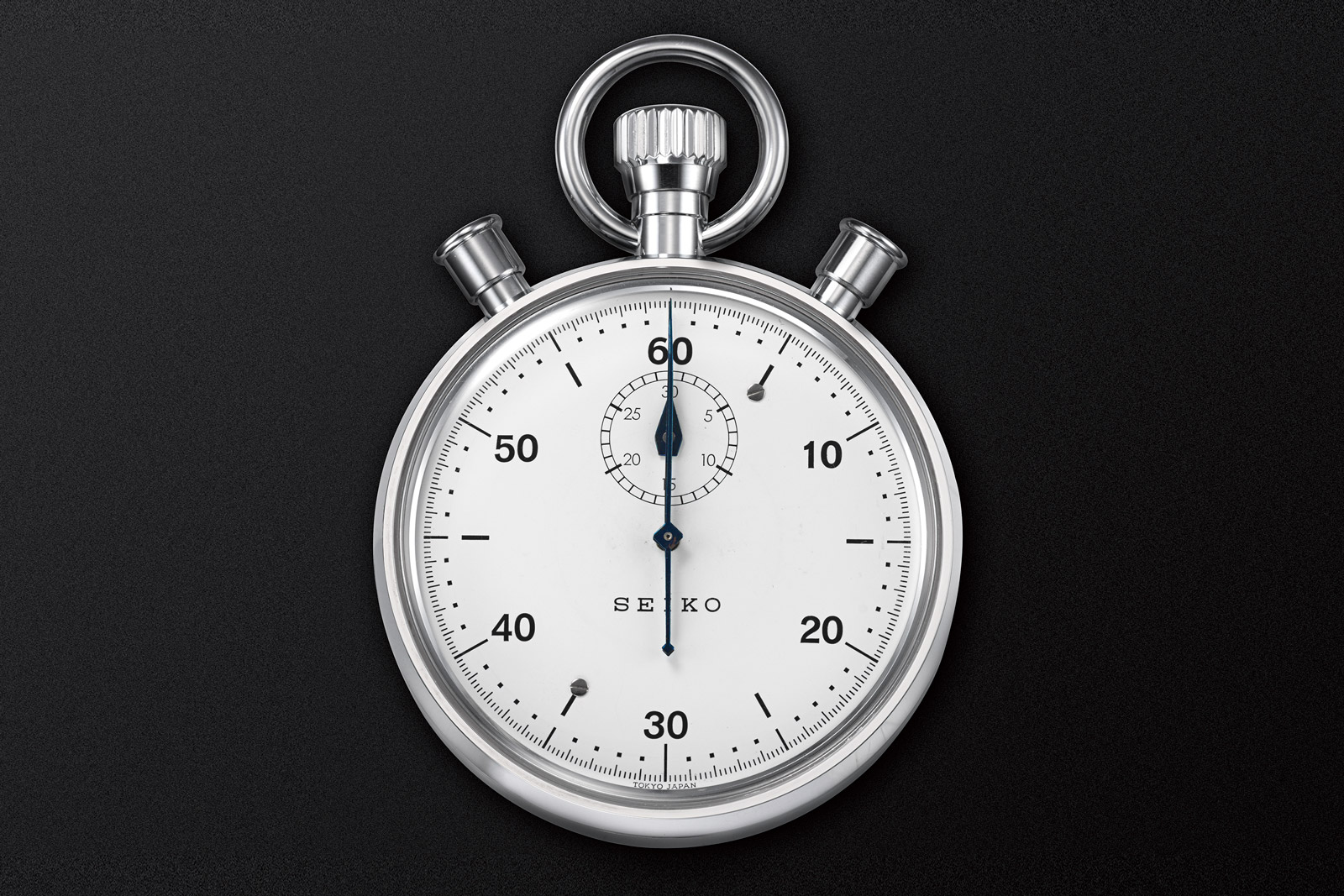 The designers of the new Prospex chronographs clearly have an eye for detail, because most elements of the vintage original have been preserved, such as the tiny squares on the sectored minute track. On top of that, the round, luminous markers – that were not on the stopwatch but are a perfect fit – give the watch a quirky, Bauhaus style. 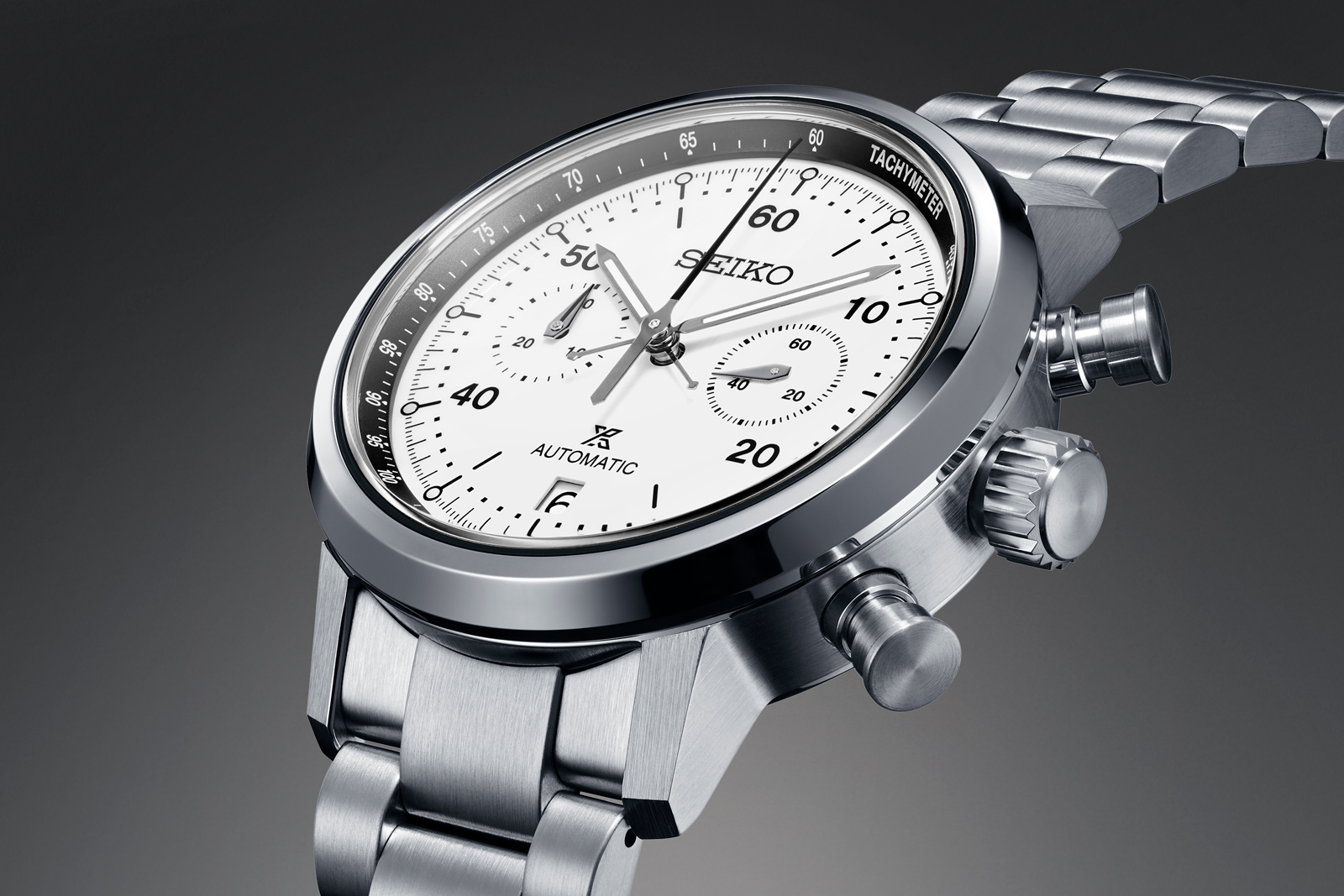 Regardless of the dial, the pair of chronographs share the same case and bracelet, which are simple and handsome. The case is round but the lugs are squarish, leaving the watch looking vintage yet sporty, especially with the “pump” pushers. That said, the case is surprisingly bulky at 42.5 mm wide and 15.1 mm tall.

And both models share the same dial clutter, resulting from the date, and to a lesser extent, the Prospex logo at six o’clock. Seiko has no shortage of watches with a date, so it’s arguably unnecessary for limited- or special-edition models such as these. That said, the original ref. 6139 Speedtimer did have a date – as well as a day display – but it was incorporated into the design better and looked good. 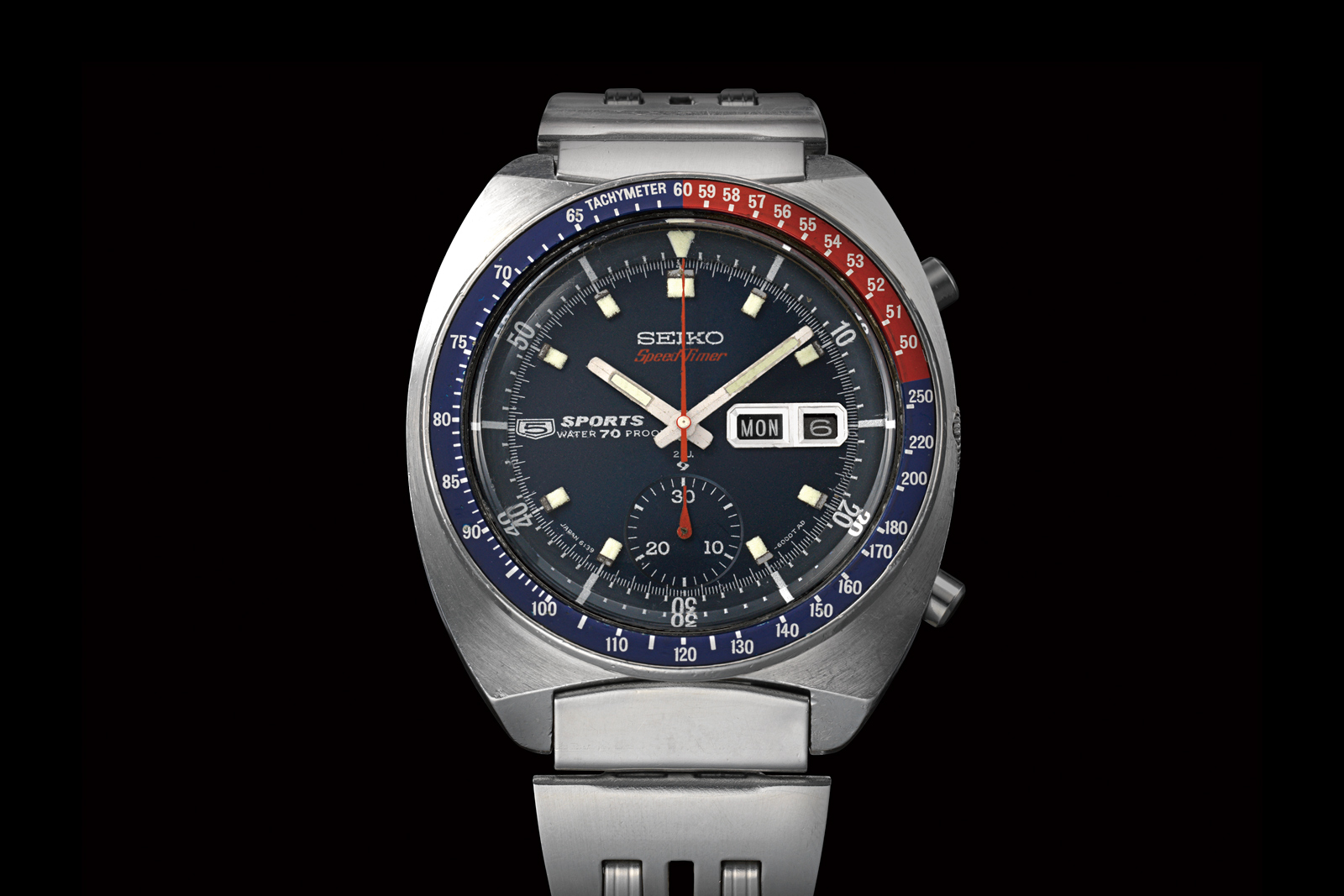 While the white dial is quirky, the grey-dial SRQ037 is sportier and feels a bit more vintage with its dauphine hands. Modelled on the ref. 5719 “Crown” chronograph of 1964, the SRQ037 has polished, double-baton hour markers that catch the light.

If the look is familiar, that’s because the “Crown” served as the basis for several recent remakes in recent years, ranging from a time-only to the triple-counter chronograph. 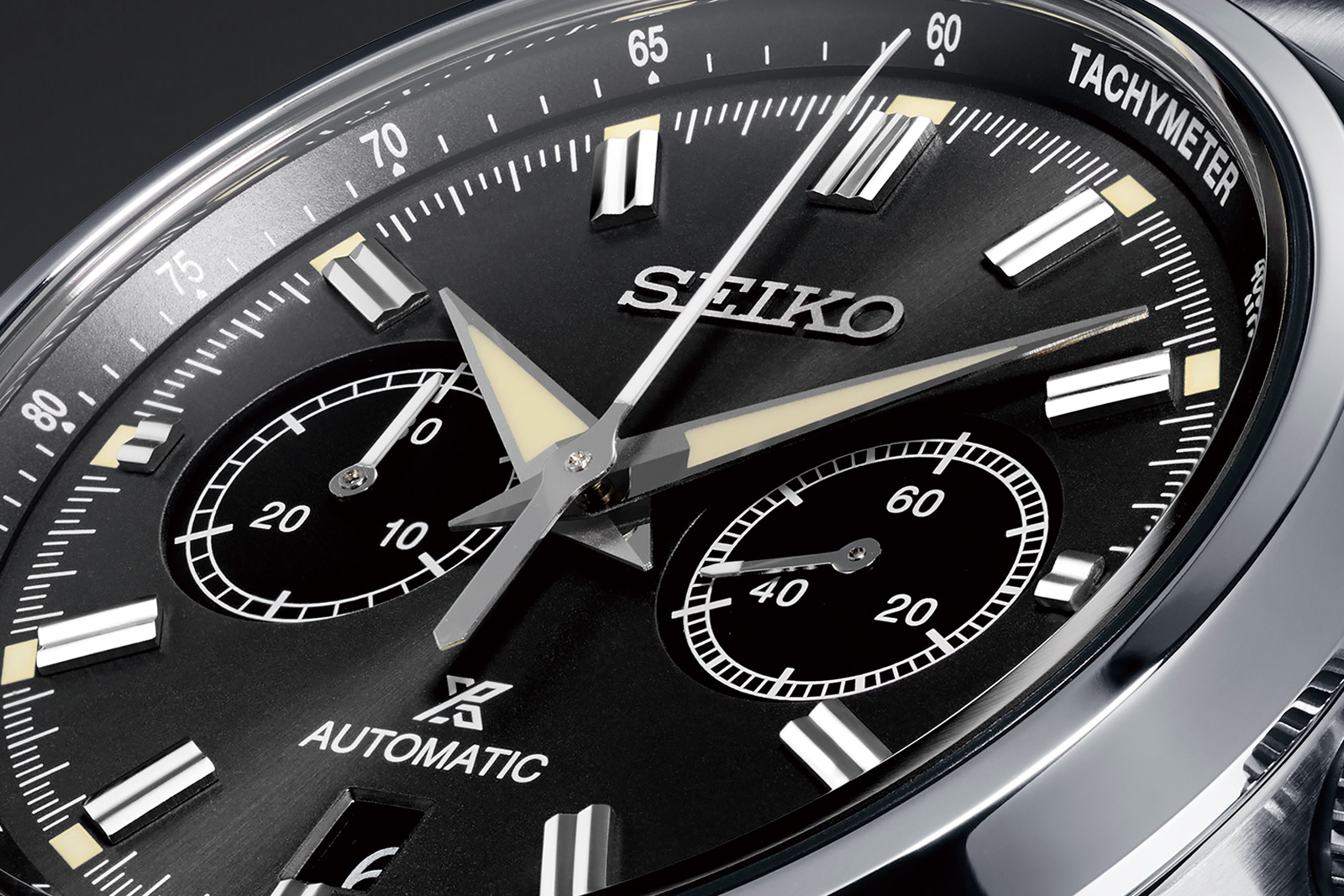 The highlight of the new chronograph is the cal. 8R46, perhaps the highest-spec chronograph movement in this price segment.

Based on the cal. 8R48 that has three counters, the cal. 8R46 is similarly constructed with a vertical clutch and column wheel – the former gives the chronograph seconds hand a precise start without any stutter, while the later results in crisper actuation of the pushers.

The slight reworking of the movement includes a two-finger reset hammer that zeroes both chronograph hands simultaneously. Also new is the escapement fabricated via micro-electromechanical system (MEMS) technology, resulting in skeletonised components that have optimal geometry and minimal weight. 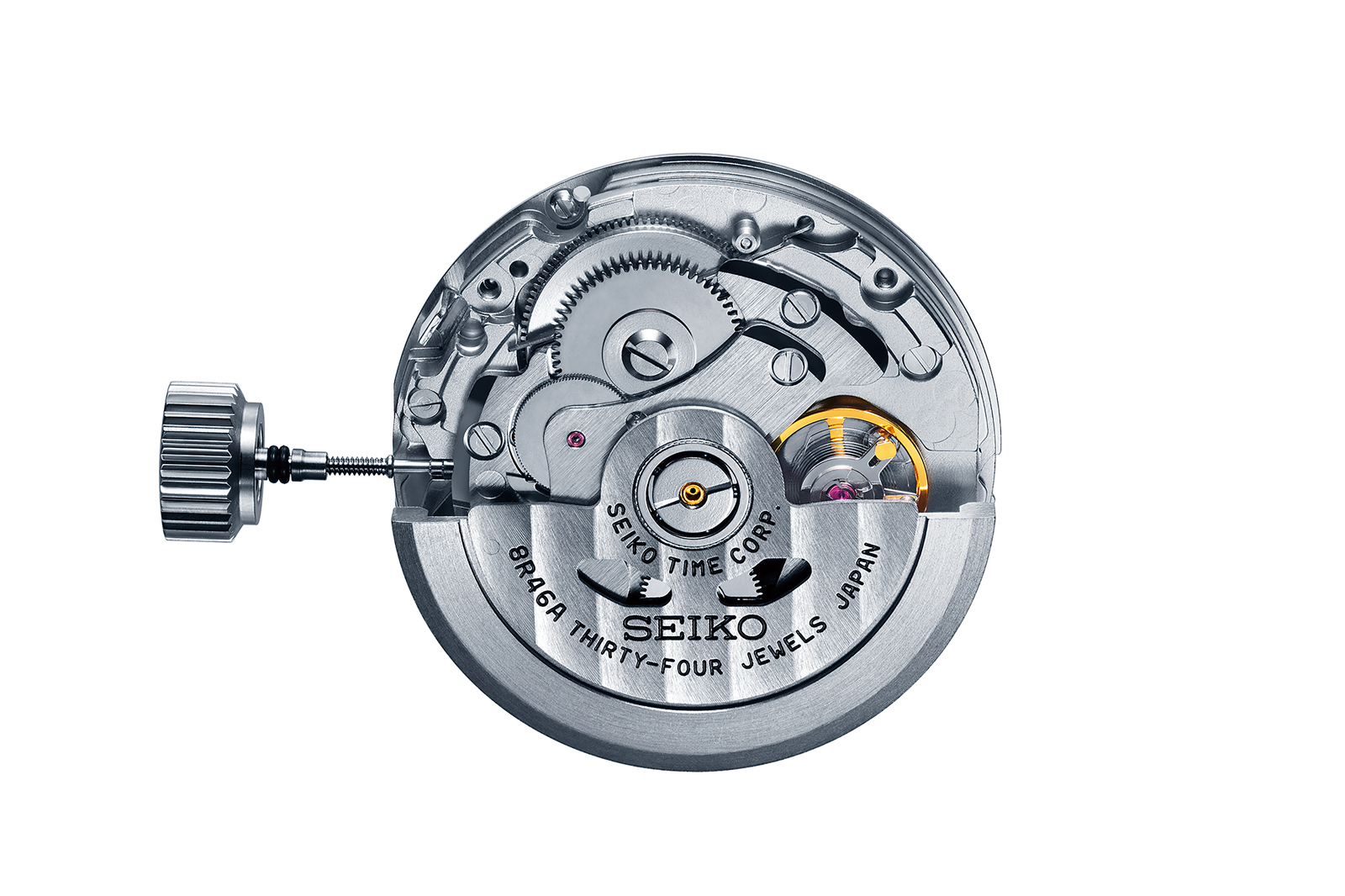 Alongside the pair of automatic chronographs, Seiko also introduced a quartet of more affordable quartz counterparts – the Prospex Speedtimer Solar Chronograph. These have sub-dials that are tinted and semi-transparent, making the wheels below visible at certain angles.

Two versions stand out, the “salmon” and “panda”. While the quartz movements might disappoint enthusiasts, they have the upside of being smaller, resulting in more compact watches. The quartz chronographs are modest in size compared to their mechanical counterparts, at just 39 mm wide and 13.3 mm thick. 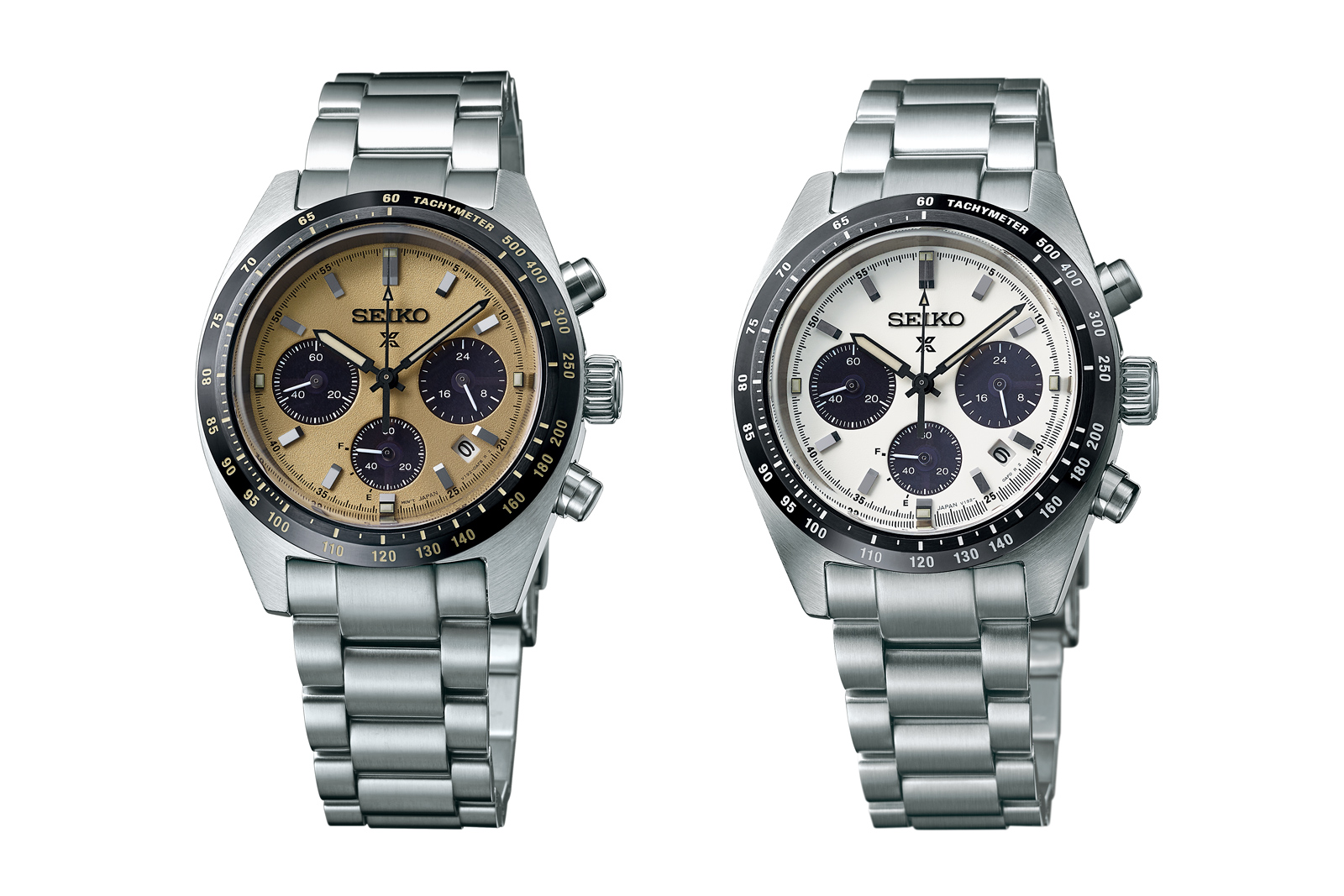 Strap: Steel bracelet, and an additional calfskin strap for SRQ035