Nineteen-sixty nine was a watershed year in watchmaking – the culmination of the race for the world’s first automatic chronograph. It was a three-way contest between two Swiss watchmakers and one from Japan.

Both Swiss movements – the Zenith El Primero and the Heuer-Breitling-Buren-Dubois-Depraz Caliber 11 – have enjoyed a following to this day, but the third – the Seiko 6139 Speedtimer – remains relatively obscure as it went out of production in 1979.

The 6139 was a single-register chronograph with a 30-minute totaliser at six o’clock and a quickset day-date display. Crucially, it had a column wheel and vertical clutch.

And an even lesser known fact is that Seiko produced its first chronograph – the “Crown” with a column-wheel and mono-pusher – just five years before, in 1964 to coincide with that year’s Tokyo Olympic Games. In short, the 1960s were a major decade for Seiko in terms of chronographs.

The first and the more modern looking of the two, is the Prospex 50th Anniversary Automatic Chronograph ref. SRQ029.

It is substantial in size, measuring 41mm wide and 16mm in height, and topped by a box-type sapphire crystal.

The edges of the case has been polished using the Zaratsu technique, a method of mirror polishing more commonly applied to pricier Grand Seiko and Credor watches, while the case band and the top of the lugs are brushed.

Inspired by a 1970 Seiko chronograph with a “panda” dial, this has a “bi-compax” layout with the chronograph registers in black, and the constant seconds in silver to easily tell it apart. The clever use of black-on-white and the inverse ensures excellent legibility. The main hands are blackened, while the central chronograph hand is orange-tipped for a spot of colour. 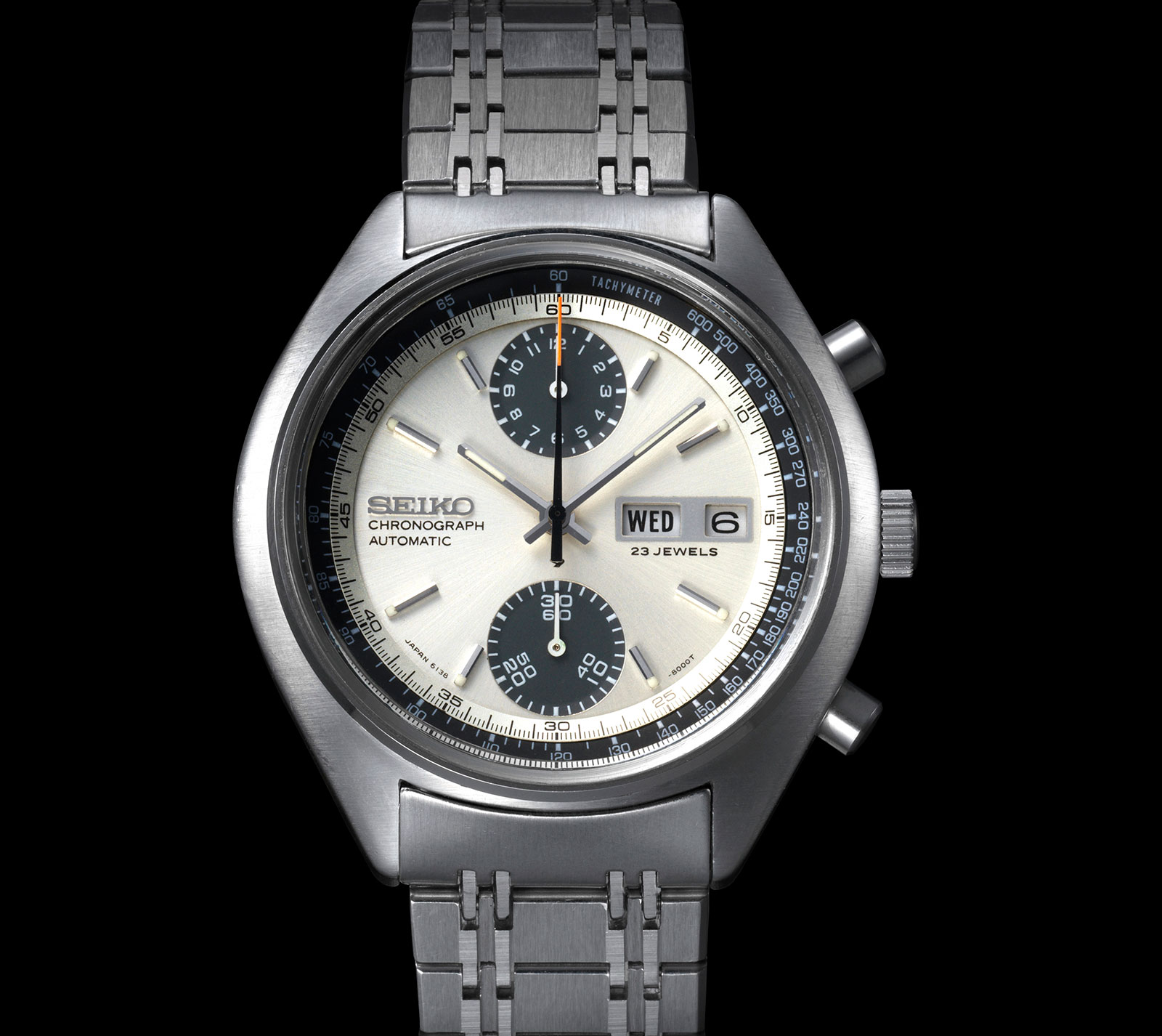 But it’s important to point out the design of the new Prospex 50th anniversary is a bit lazy, because it is almost identical to the Brightz SDGZ013 of 2014 – made to mark the 50th anniversary of the first Seiko chronograph – with only minor differences like the shape of the hands and pushers to separate the two.

The second commemorative edition is arguably the more unusual and also more attractive of the duo – and it costs less.

The Presage 55th Anniversary Automatic Chronograph ref. SRQ031 is characterised by a distinctive, black 60-minute bezel modelled on the Crown chronograph of 1964. The dial and hands are similarly inspired by the 1964 original, right down to the chapter ring for the hours and oblong “lume” plots.

At 42.3mm in diameter, it is larger in size than the Prospex, but slimmer at 15.3mm. The lugs are mirror polished with the Zaratsu technique.

Visible through the sapphire case backs of both watches is the superb cal. 8R48 that boasts a column wheel and vertical clutch, a system usually found in higher-end movements that facilitates smoother operation. It runs at a frequency of 4Hz and has a 45-hour power reserve.

Both watches are limited to 1000 pieces each.

And the Presage Chronograph 55th Anniversary Limited Edition SRQ031 (SARK015 in Japan) is priced at €3,400.

They’ll be available in early December 2019. For more, visit Seikowatches.com.